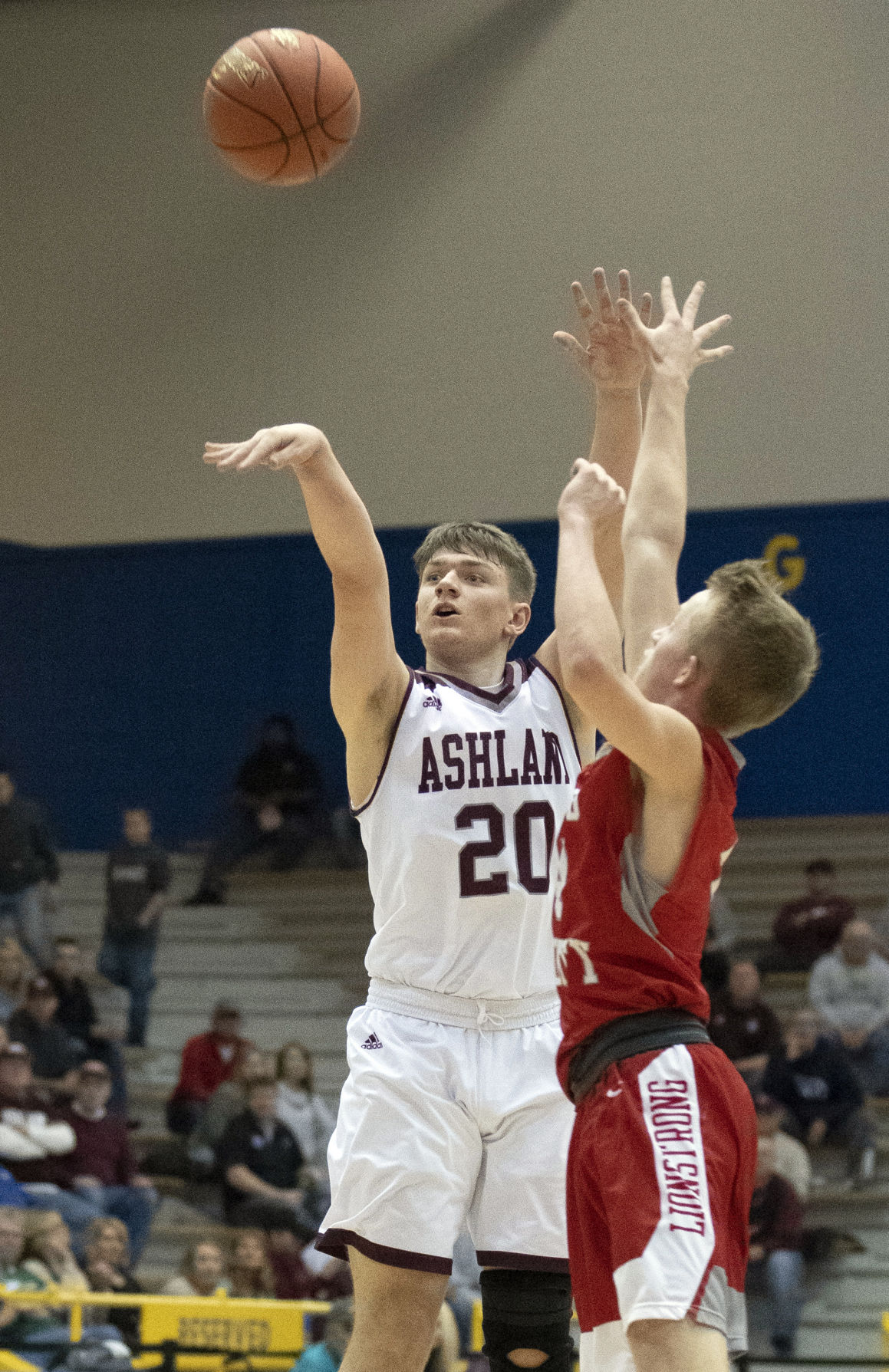 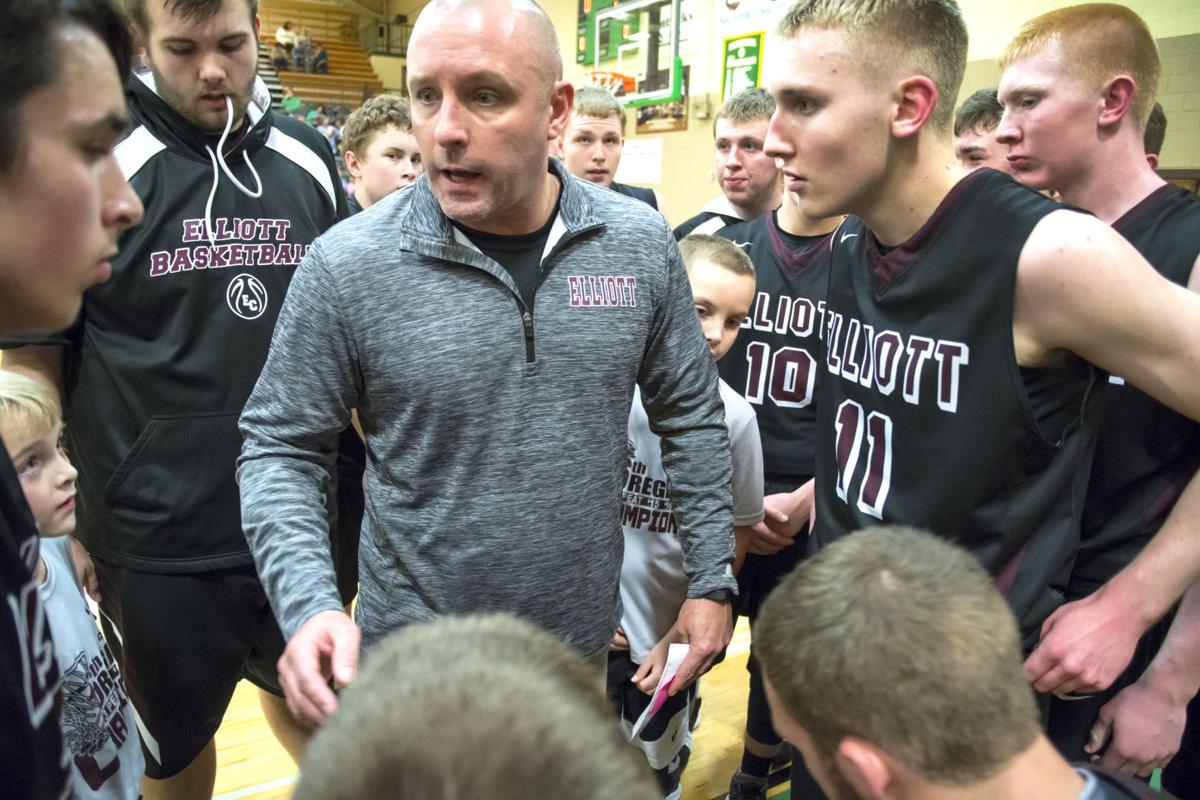 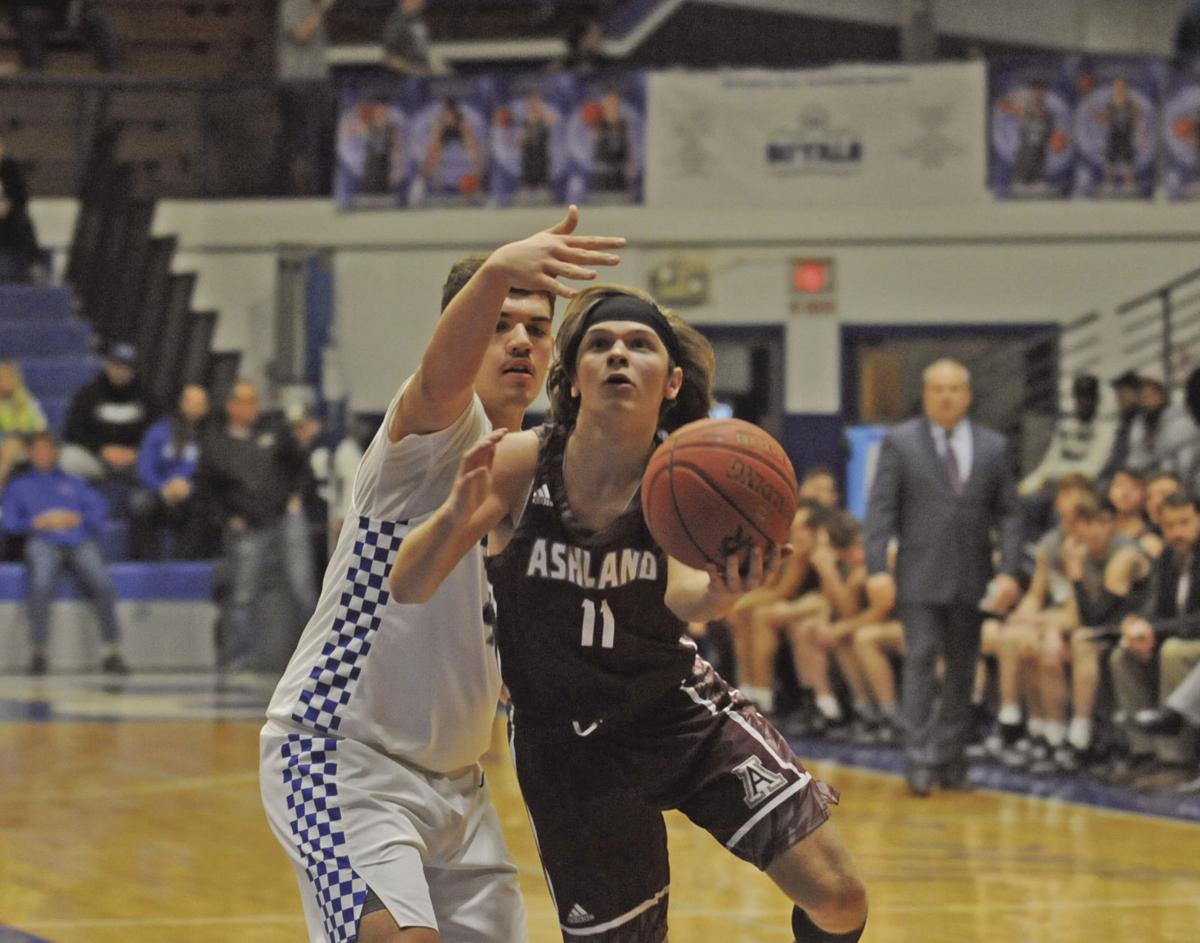 It was some 63rd birthday present.

I was not writing the game story for the 2019 16th Region boys basketball final. I was on press row writing a story for The Daily Independent’s news section about then-Ashland junior Jordan Mintz’s role as the Tomcats’ mascot and had my nose buried in my Apple MacBook Air when an errant pass from Ashland’s Devaunte Robinson’s conked me in the head.

And no, I was not and am not upset with Robinson. What I remember: the genuine concern by fans for my well-being for at least a month afterward.

“Our kids found energy,” Adkins said. “I wish we’d have had some of that energy the first two-and-a-half, three quarters.”

Kole Whitley and Tanner Dickerson scored 22 and 18 points, respectively, for the Lions.

At Mason County’s Fieldhouse, Ashland freshman guard Colin Porter scored with 25 seconds left. He followed with a swipe of the Royals’ Kolby Jones, who was about to shoot with two ticks left.

Porter finished with 18 points, six assists and the steal.

Rowan County’s Promise Cross won her second straight Class 2A state high jump title in 2019 with a leap of 5 feet, 7 inches. She also took second in the 100- and 300-meter hurdles – the day after she stepped on a piece of glass at her sister Desiree’s house.

“Honestly, I was scared to death,” Cross said then. “I didn’t really know what to do because (the cut) was more deep than it was wide, so I didn’t think I’d need stitches.”

Cross signed a college letter-of-intent to attend the University of Toledo this fall.

1. Great Scott, What a Play

Those who journeyed 189 miles one way from Johnson County to Taylor Mill surely will remember Bryce Workman’s 30-yard pass to Geordon Blanton in the far right corner of the end zone on the last play of Johnson Central’s 2015 Class 4A region final against Scott. It gave the Golden Eagles their first region title since 2006.

There were seven seconds left and Johnson Central trailed Scott, 26-21.

“God, I don’t have a play,” Golden Eagles coach Jim Matney said. “Give me a play.”

Workman-to-Blanton was improvisational because Blanton had originally planned on a post route but saw Scott’s Nelson Perrin covering that.

“I don’t know what to say,” Matney said afterward. “We went out there and made it up. I don’t want to sound foolish, but it’s just the truth.”