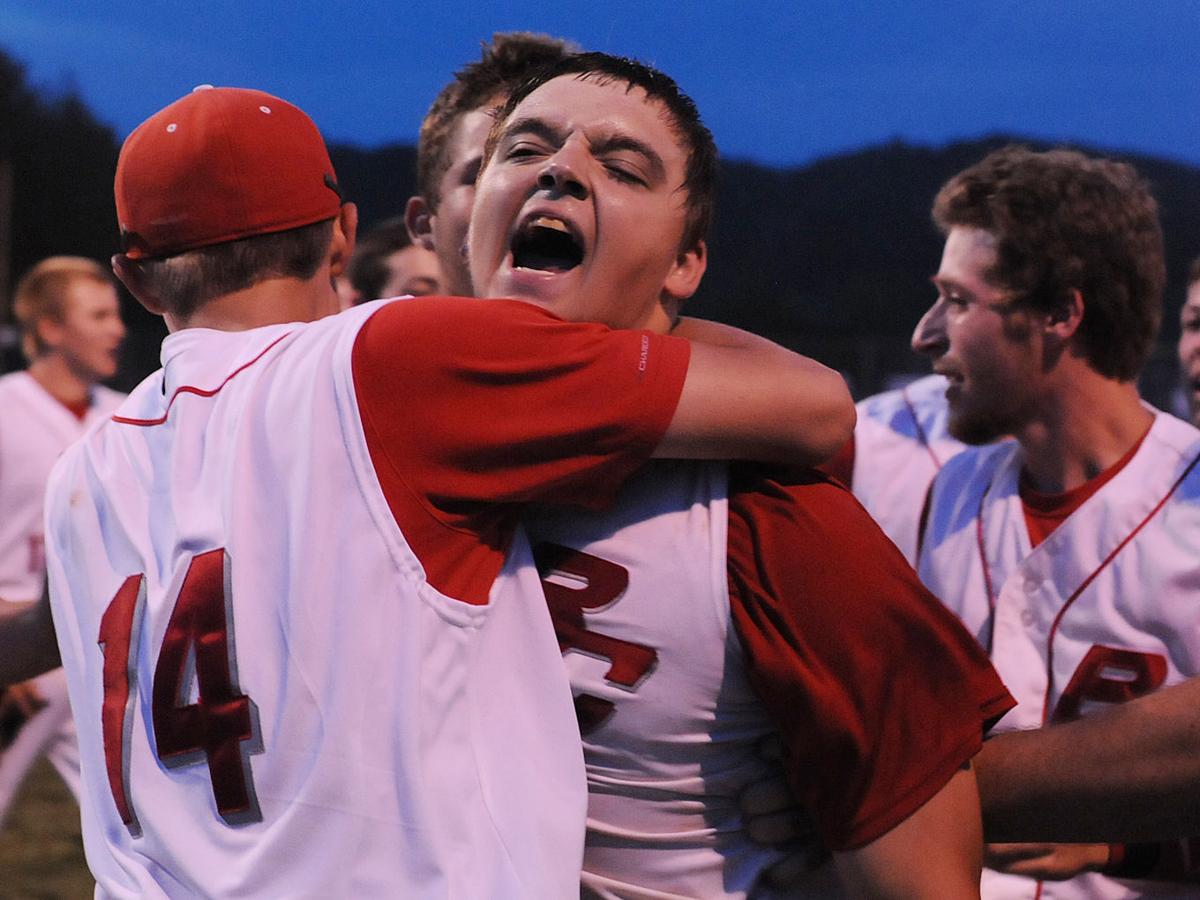 Boyd County's Jake Cook gets a hug from Braden Weinfurtner after Cook hit a walk off home run in the eighth inning to beat Ashland in the 16th Region Tournament championship game 3-1 Wednesday in Grayson. KEVIN GOLDY / THE INDEPENDENT 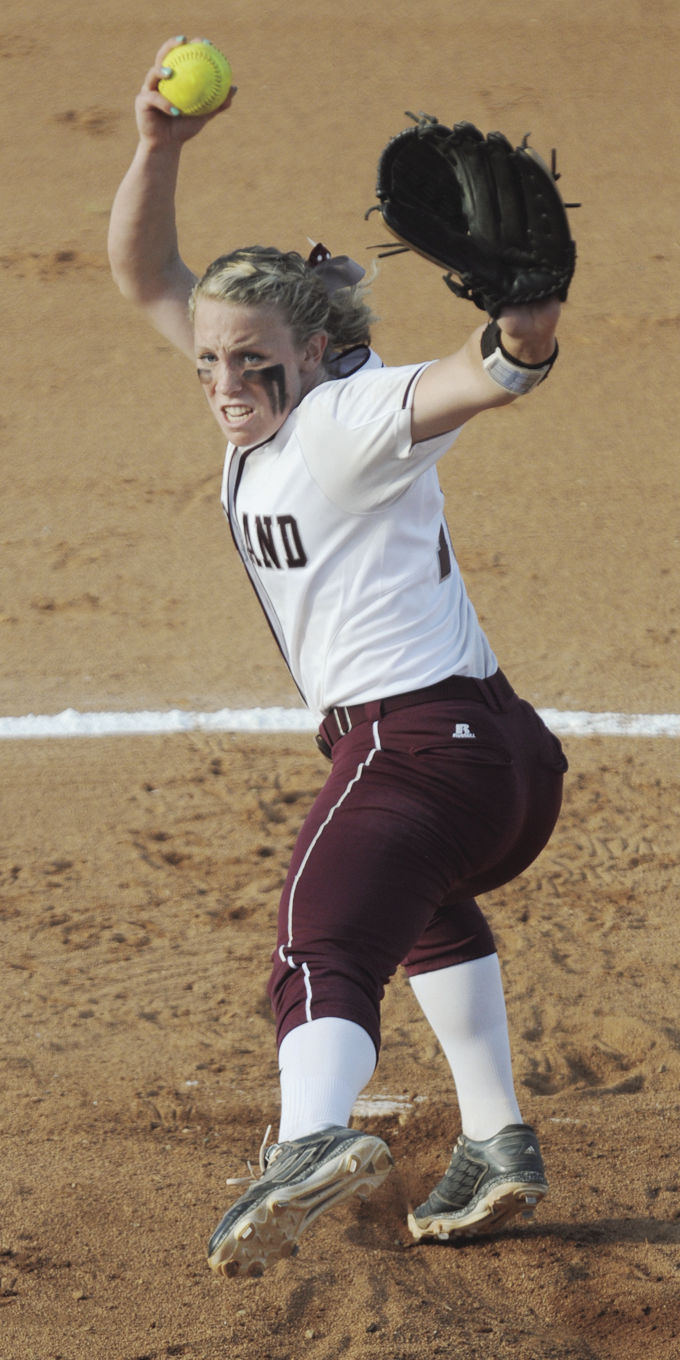 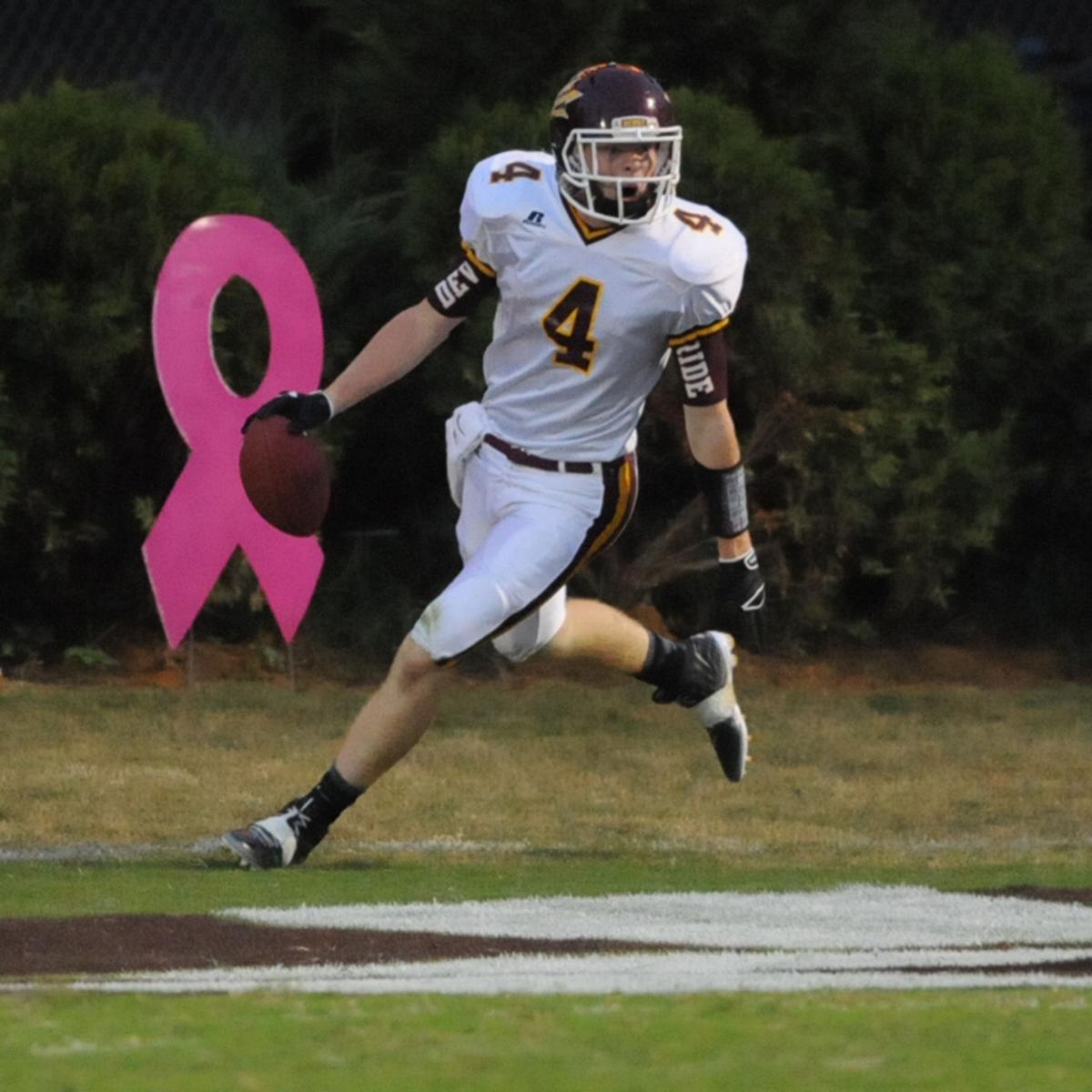 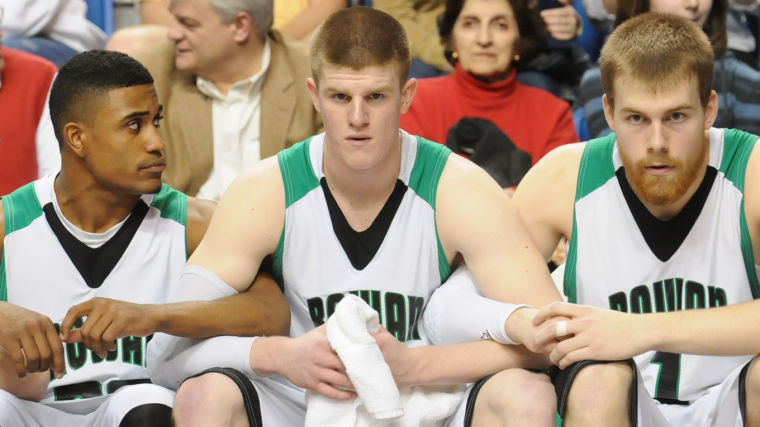 Boyd County's Jake Cook gets a hug from Braden Weinfurtner after Cook hit a walk off home run in the eighth inning to beat Ashland in the 16th Region Tournament championship game 3-1 Wednesday in Grayson. KEVIN GOLDY / THE INDEPENDENT

5. Kittens Claw it Out

A classic pitcher’s duel was the cherry on top of a tournament chock full of them. Ashland’s Megan Hensley and Boyd County’s Lora Thompson faced off in a rivalry clash. The Kittens extended their streak of consecutive region titles to seven as catcher Sidney Campbell lined a walk-off single to center field.

Ashland’s one-run defeat of the Lady Lions marked the first one-run decision in the 16th Region championship game in 12 years. It propelled the Kittens to Owensboro, where they finished as one of the final three teams standing in the state tournament.

Russell’s fans may remember it as “The Nick Conley Game.” One of the best all-time Red Devils running backs toppled Ashland for the first time since 2007 in ‘14 as Conley gobbled up 212 yards on the ground.

But as good as Conley was, he shared the spotlight with a few other clutch Red Devils. Quarterback Jacob McKee rolled to his left and hit Bronson Korzep for a go-ahead touchdown, breaking a 21-21 tie on fourth-and-goal from the 4-yard line. After Ashland roughed the kicker on the extra-point try, Russell coach T.J. Maynard elected to fake the kick. Backup QB Bobby May then hooked up with Jacob Martin for the two-pointer.

Although Quinton Baker scored a touchdown for Ashland on the ensuing possession, the Tomcats fumbled on the two-point attempt.

Down 22-6 at the half in Paintsville, Ashland charged back to score 22 consecutive points on back-to-back-to-back drives, seizing a six-point lead.

Johnson Central’s defense finally found an answer to the Tomcats’ awakened offense, halting Ashland on a fourth-and-2. The Golden Eagles regained possession with 6:30 to go, and quarterback J.K. Hall led a long drive. However, they ended up facing a fourth-and-10 from the 13-yard line. That’s when coach Jim Matney went to a bag of tricks. Backup QB Ross Sanor connected with starting QB Hall, who made an athletic 13-yard TD catch. Trent Davis tacked on the winning extra point. Nearly two minutes remained, but Johnson Central’s defense held on.

I couldn’t have drawn up a more dramatic first Sweet Sixteen to cover.

Almost four years into my time with the newspaper, I finally got “the call” from then-managing editor Mark Maynard. I would accompany him, Rocky Stanley and our photographers to Rupp Arena.

The run was oh-so-sweet for the young men from Morehead, and equally as memorable for us sports writers.

Adam Wing hit a hot streak from the perimeter unlike I’d ever witnessed at any level, and D.J. Townsend, Jason Egan, Darrell Cross, coach Shawn Thacker and the rest of the Vikings assembled an unforgettable trek to the finals, where they fell short in unbelievable fashion, 65-63, in double overtime to Christian County.

Earlier in the day, Wing went 5 for 5 from beyond the arc as Rowan County edged Derek Willis and Bullitt East, 51-49. Wing was 7 of 8 from downtown in the championship.

It’s Ashland-Boyd County. It’s 1-1. It’s the bottom of the eighth inning at a hitter’s park.

Jake Cook, who’s 0 for 3, steps up to the dish. Ashland’s Cam Fritz offers up an outside pitch. Cook flails at it. Fritz then fires a down-the-middle delivery by a looking Cook. The two-strike pitch is a letter-high fastball. Cook licks his chops and takes a swing.

The teams battled with every precious pitch. They peppered the game with defensive gems, including a bevy of dynamite plays in the fifth, seventh and eighth innings. Boyd County had a flawless fielding performance, highlighted by a head-first diving catch by center fielder Dylan Grimm. Ashland center fielder Casey Clark responded with his own diving snag in the bottom of the seventh. Then, in the eighth, Damron had a leaping grab to help seal the deal behind winning pitcher Tanner Bryan.