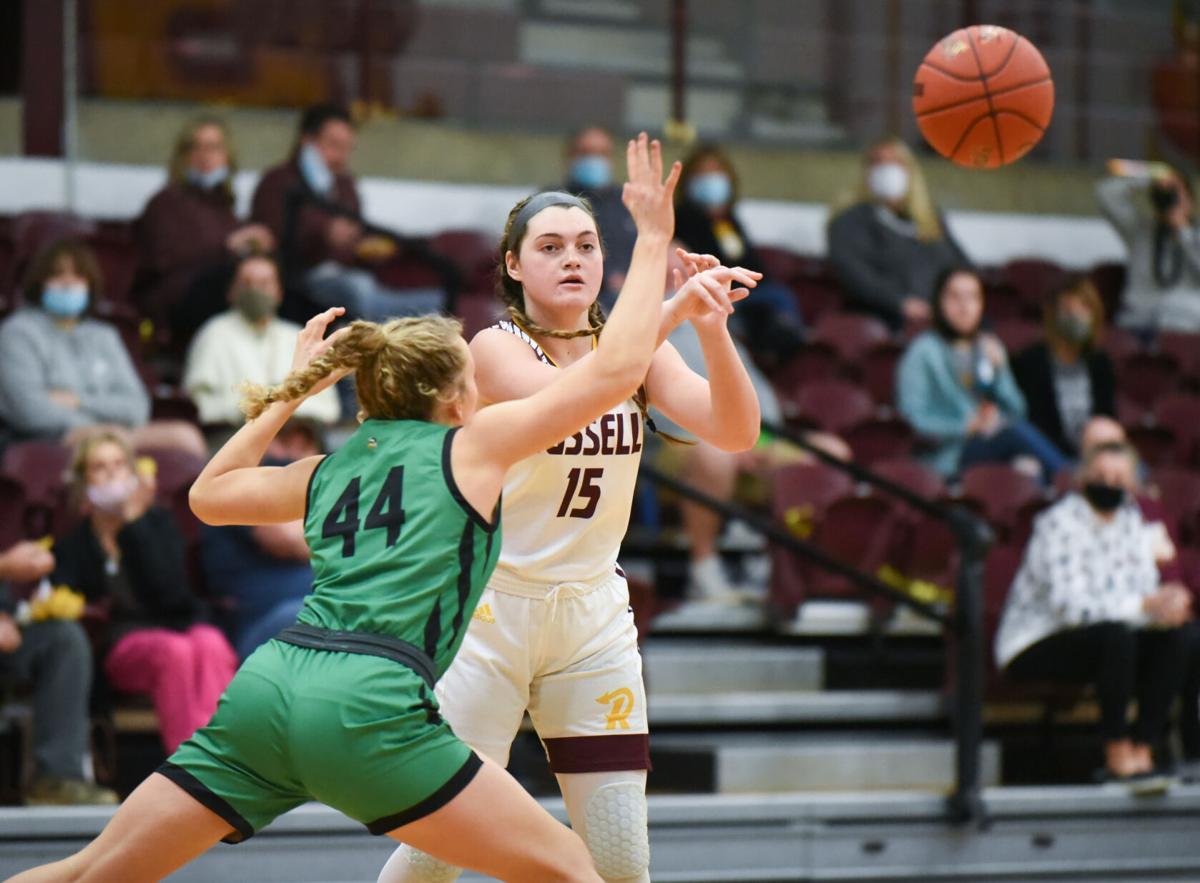 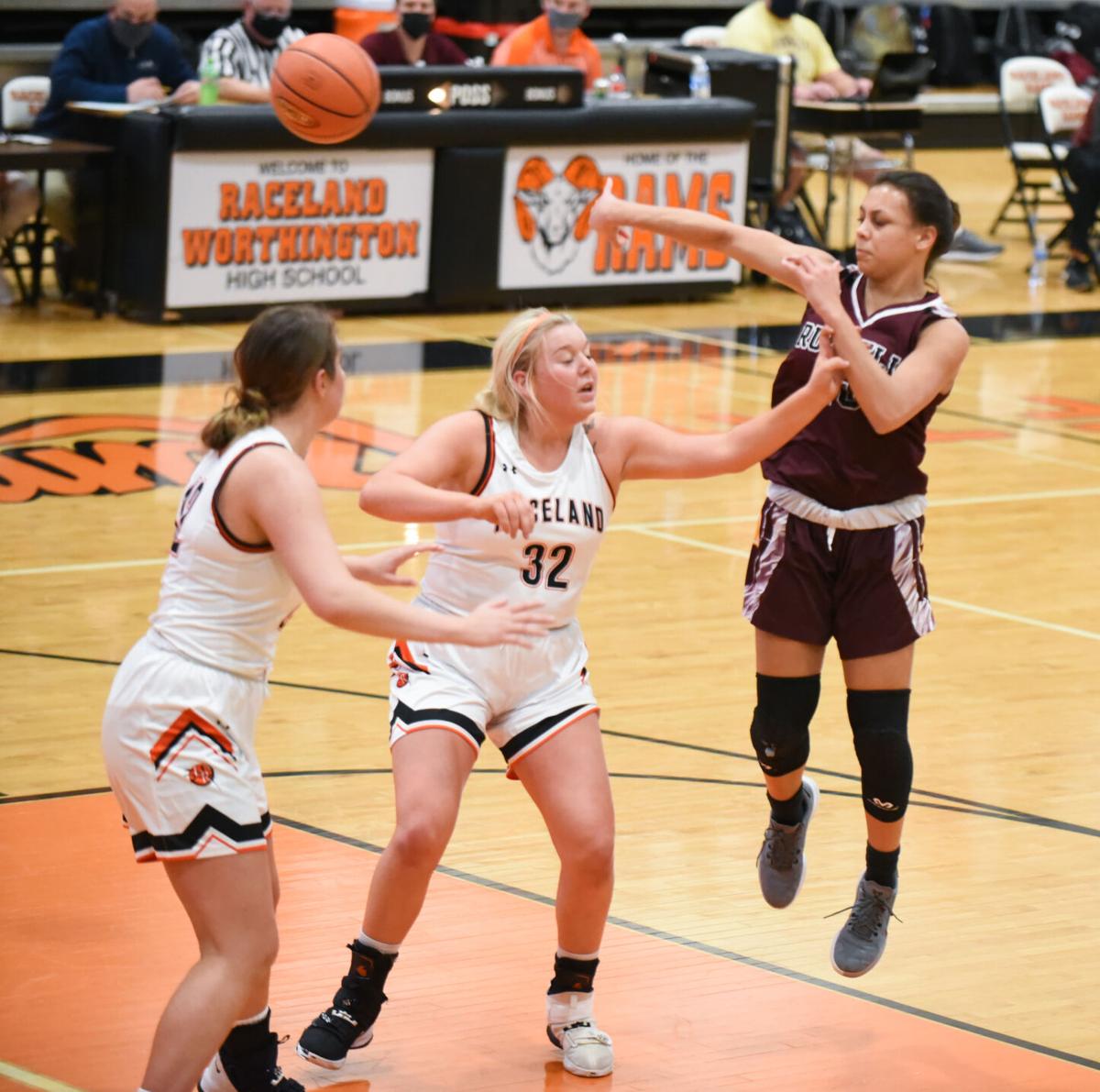 Russell's Shaelyn Steele flips a pass to the wing against Raceland during the 63rd District Tournament at March 16.

Russell's Shaelyn Steele flips a pass to the wing against Raceland during the 63rd District Tournament at March 16.

RUSSELL Dixie Heights has waited nearly 30 years for the trip to the Sweet Sixteen.

The 13 months that Russell had to endure for the chance to see Rupp Arena again felt just as long.

The two teams will meet in the final first-round game tonight in the girls state tournament at 8 p.m.

The Lady Devils earned their spot again by winning another hard-fought game with Boyd County and repeating as 16th Region Tournament champions. Senior Kaeli Ross said her teammates relish every second they play on a big stage and the matchup against the Lady Colonels will be no different.

“I think once we get there, we can just block out everything around us,” Ross said. “I’m focused solely on the court, what’s ahead of us and the team that’s in front of us right now. (Playing at) Morehead State, it never affected us. We always played better at Morehead than our own home gym. We love the atmosphere in the big gym. We love the big environment and the intensity there.”

Coach Mandy Layne said the two teams still share one thing. Neither squad has played on the coveted hardwood in Lexington. As the anticipation grows, there will be an early adjustment period.

“I think for both of us there will be some first-quarter nerves,” Layne said. “We have players that really embrace the big stage, especially Shaelyn (Steele). I hope that’s to our advantage.”

“I’m hoping that playing at Morehead is going to help us,” she added. “I know Rupp is not Ellis T. Johnson Arena. I hope that we can just focus on the game and focus on the task at hand. Once we get past the first quarter, we can be really focused in.”

Dixie Heights defeated Notre Dame, 45-43, in the Ninth Region Tournament final and coach Joel Steczynski feels his team is prepared for any challenge that lies ahead.

“We are excited to be here,” Steczynski said during a KHSAA conference call on Monday. “We know any team that comes out of the Ninth Region is battle-tested. You have to fight your way through Ryle, which is the last state champion, Cooper, Highlands and Notre Dame. We are thankful to be a part of this, so waiting around is a good problem to have at this point.”

“The key to our winning streak is we are not worried about the winning streak,” Steczynski said. “We are worried about getting better each day that we are out there (on the court). Last year we had a couple of key injuries to Madelyn Lawson and Laci Reinhart. It allowed our freshmen at that time to get a lot of experience. This year we came back healthy.”

“They are like Boyd County,” Layne said. “They shoot the ball really well. They have five kids that can shoot it. They do a good job of distributing the basketball and they can shoot open 3s off of it. They run a switching man defense, which can help us.”

Steczynski said playing Russell is like looking in a mirror. Both teams feature a stingy defense that give up just 42 points a contest.

“Last year, we did face Russell,” Steczynski said. “We are well aware of their talent and aware of their point guard, Shaelyn Steele. She is a lot to handle. She is quick and elusive. She has a ton of energy. They are built like us. They have a great point guard and a strong big in the post. Those two are surrounded by some pretty good shooters.”

Russell (19-5) reached the Sweet Sixteen in 2016 at Northern Kentucky University. The Lady Devils fell to Holmes in the opening round.

Russell is looking for its first state tournament win since 1976.

Ross recalls the intoxicating atmosphere as a seventh-grader. She played in the final seconds and found her way into the scorebook.

Hill believes success at the Sweet Sixteen will be decided on the defensive end of the floor.

“It definitely will be defense,” Hill said. “We need to be communicating on screens. Sometimes we have trouble setting up our offense and sometimes we can rush shots. We just have to stay calm and collected.”

“They were pretty quick,” Hill added about last year’s matchup with Dixie Heights. “They are a really good team and if we do not show up, we’re not going to win. I think playing them last year and winning will give us a good mindset. … It gives us the confidence that we can actually do this.”

The Lady Devils will arrive at Rupp Arena with an an eight-game winning streak and have 14 victories in their last 15 games.

“We have to keep up the intensity,” Ross said. “You can’t be slacking in any of those areas, especially defensively. We have to run our plays and make smart decisions.”

It’s an opportunity that Russell has waited a year to experience. Layne wants her team to enjoy every second.

“We’re just going to have fun,” Layne said. “I want them to play as hard as they can. We are continually trying to prove people wrong. We always seem to be the underdog. We really embrace that role, and we will embrace that again (tonight).”