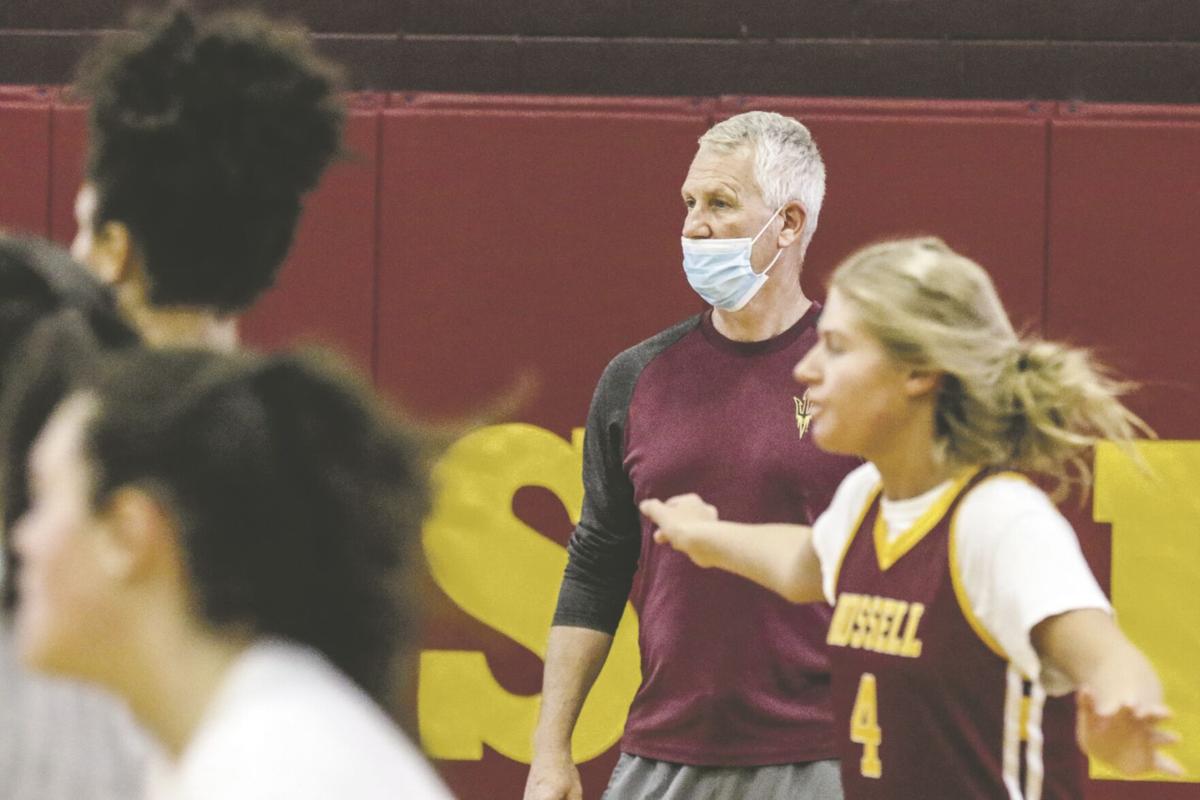 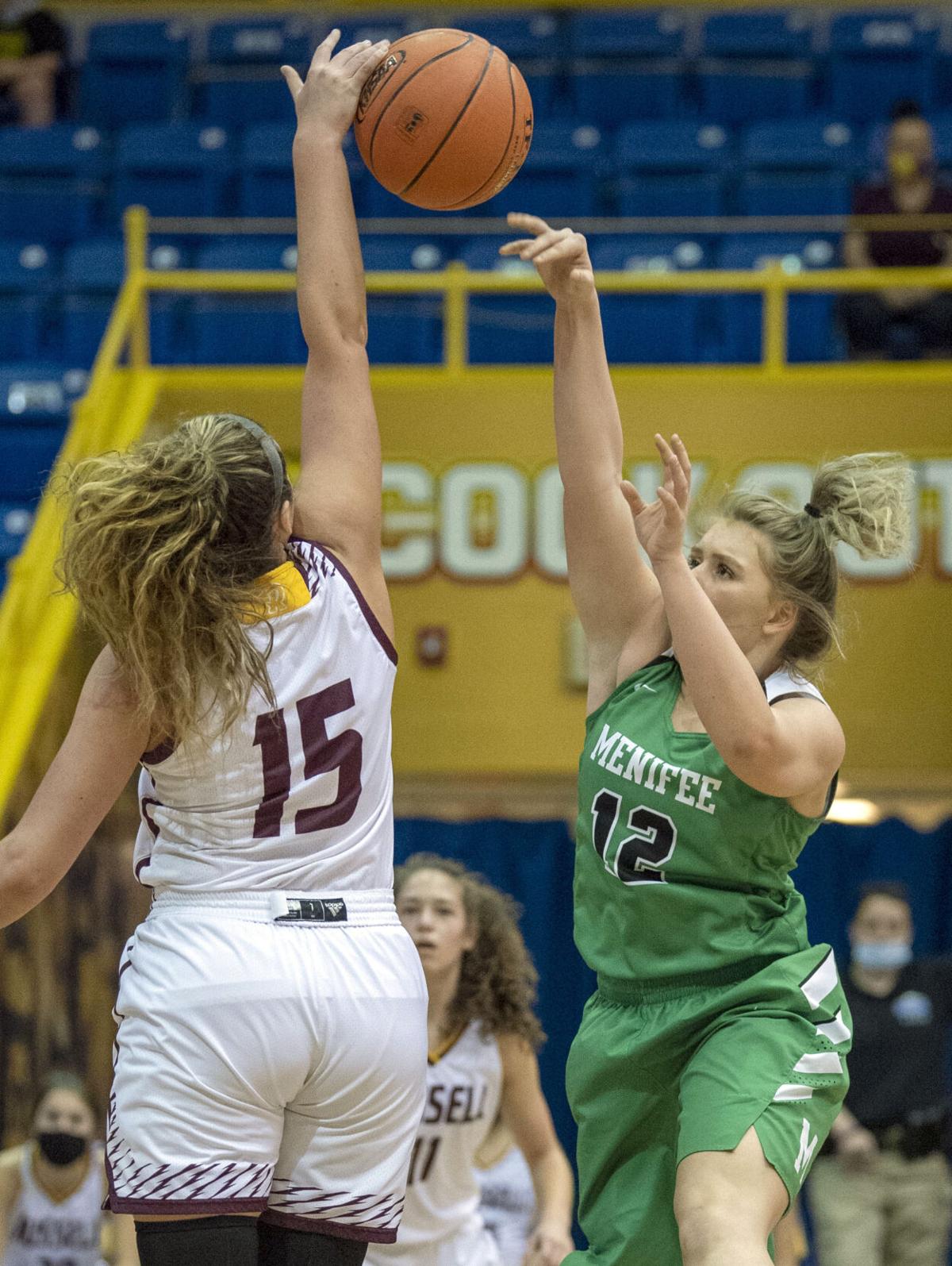 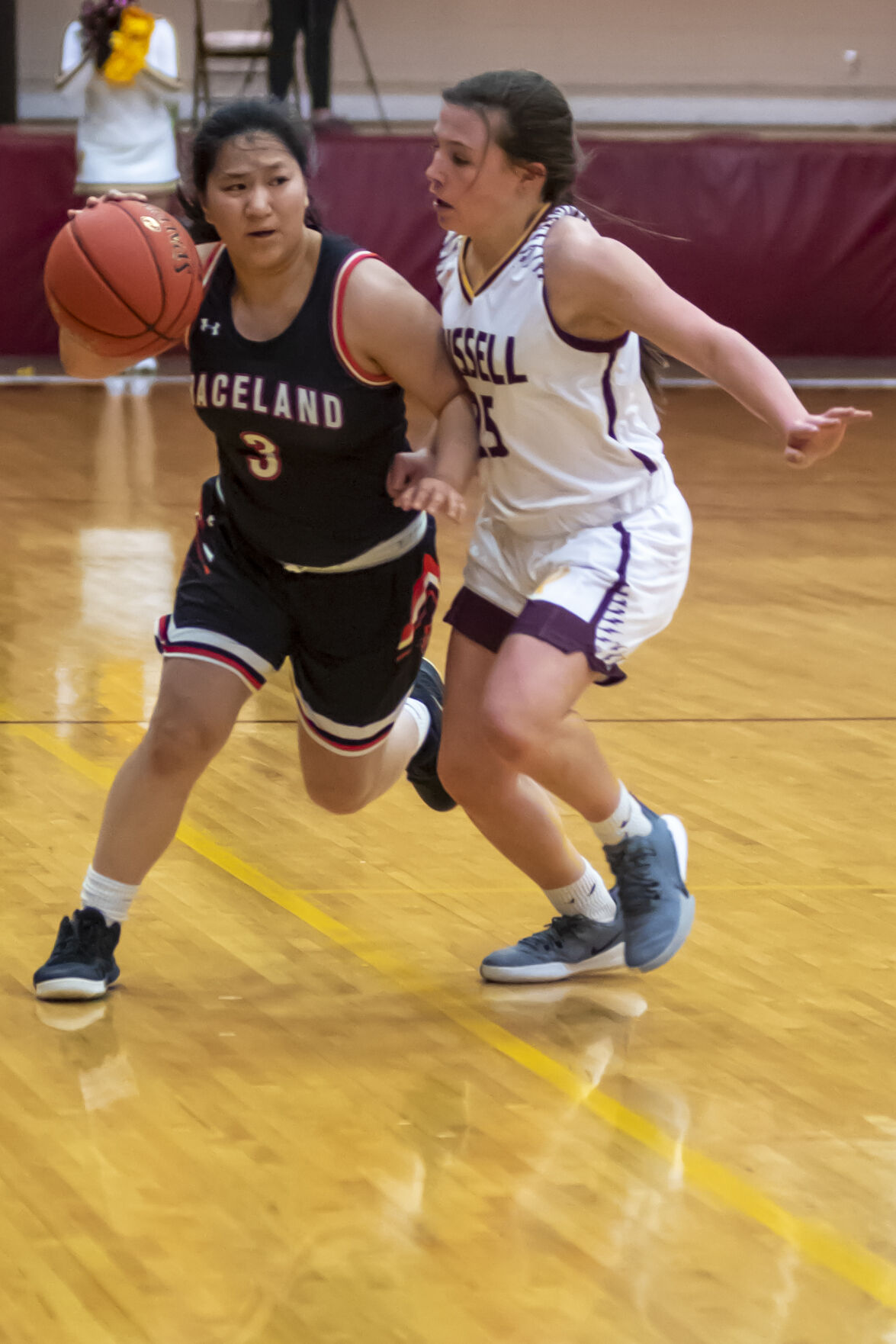 RUSSELL “You ever have a root canal?” Russell assistant coach Garry Morris deadpanned, walking out of the Lady Devils’ locker room after they held off Ashland in the 16th Region Tournament semifinals on March 26.

Morris meant that Russell has had more enjoyable games than that particular win — it endured what felt like a marathon, not a sprint, by the time it was over. But the Lady Devils thrive off making opponents feel like they’ve been under the gas with a rotting tooth being poked and prodded.

Russell’s fast-and-furious backcourt pressure and brick-mason-like work in the halfcourt have combined for the top scoring defense in the 16th Region. The Lady Devils allow opponents a mere 42.5 points per game.

“One thing we’ve really been able to do is keep teams off-balance,” Russell coach Mandy Layne said Monday. “We continuously change defenses. At times we’ll throw a new defense in there, and our kids are very adaptable at this point, too.”

The Lady Devils aim for that to continue Thursday night in the opening round of the Sweet Sixteen against Dixie Heights.

“I’m one of these people that believe the goal we’re shooting in is not our goal,” Morris said. “The goal we’re defending is our goal. We don’t want the ball going through that goal, which is ours.

“Just like football — when you go past the 50, you are in our zone now. We don’t score on our goal line; we keep people away from our own goal line.”

The Lady Devils have embraced that mentality, only allowing one opponent to crack 60 points in regulation. Highly regarded Butler, Anderson County, Wheelersburg, Shelby Valley and Johnson Central couldn’t do it. In fact, the Lady Devils pitched a shutout against the Lady Eagles in the fourth quarter of a 44-26 victory over the eventual 15th Region Tournament runner-up on March 6.

“When we keep our intensity up and we steal balls and we get on a roll, I feel like we’re just pumped up,” Russell sophomore guard Josie Atkins said, “and we can keep scoring.”

Boyd County hit the 60-point mark twice against the Lady Devils in what is currently the most consequential rivalry in northeastern Kentucky. The Lady Lions put up 61 in the region tournament final, but Russell netted 72 to earn its date in Rupp Arena.

In the Layne era, the Lady Devils have earned a reputation as one of the region’s top defensive teams. Layne credited Morris upon joining her staff in the 2015-16 season with convincing her to expand Russell’s zone repertoire, which she calls “one of the best in the state.” And she asserts Dixie Heights hasn’t seen a zone defense quite like Russell’s yet this year.

Morris, for his part, is reluctant to accept the accolades. He’d prefer to dole them out to the Lady Devils’ players.

“Shae is an absolute ballhawk when she lets herself go, which is most of the time,” Morris said of Shaelyn Steele. “Bella (Quinn) is another really quick on-ball defender that can make advancing the ball by the bounce very difficult. Jenna (Adkins) has drawn tough assignments all year and rises to the occasion constantly. Aubrey (Hill) is a beast when she is playing at her highest level. Long, athletic, can move and protects the rim. Kaeli (Ross) probably plays as instinctive as anyone we have and showed up big on defensive end in the regional tourney.”

Atkins, Campbell Jachimczuk and Ava Quinn drew mention as well for their work off the bench, as well as Alyssa Maynard’s effort in practice.

Morris and Layne recognized Atkins’s ability to defend opposing players from the 1 through 5 spots, best displayed against Menifee County in the region tournament quarterfinals. Atkins was tasked with guarding Ladycats star post player Kelsie Woodard, who averaged a double-double with 18.5 points and 13.6 rebounds per outing and was the Kentucky Association of Basketball Coaches 16th Region Player of the Year runner-up.

Atkins concedes seven inches to Woodard, according to their listed heights, as well as some muscle. But with Hill in foul trouble early, Russell turned to Atkins, who was prepared after some work in practice against 6-foot-5 assistant coach Lance Evans.

“I just had to figure out how to front and just be aggressive and make sure that I stay in front the whole time,” Atkins said.

Woodard finished with a respectable 19 points, but that was hardly the bloodletting Russell might have feared, given her height advantage and skill.

“She’s so athletic and so physical, and she takes on any challenge,” Layne said of Atkins. “As the year’s progressed, she’s gotten better and better at guarding the post, and she can also guard the (opponent’s) best guard. Not a lot of teams have that.”

Steele is lightning in a bottle in transition, Hill provides an athletic post presence and Ross lends leadership and a perimeter threat. But the Lady Devils also live for the dirty work and execute their roles in concert.

“There’s only one ball out there,” Morris said. “If everybody focuses on scoring the basketball, the small things don’t get done. If you’ve got two or three people that can score it in different ways and you got a couple people who pay attention to good help-side defense, good ball-pressure defense and don’t mind getting on the floor and rebounding and blocking out and doing all the things that don’t come up in the stat line, (that helps).”

Morris’s daughter, McKenah, played that way. He joined Layne’s staff for his daughter’s freshman season and has stuck around ever since. The Buffalo Wayne (West Virginia) alumnus intends to keep it that way — most of the time.

“I’m 58 years old, and I don’t feel like I’m old,” Morris said. “Sometimes I wonder if maybe it’s time to just back up sometimes, but as long as Mandy wants me to be around, I’ve loved being around the girls. It’s been a special situation.”

Morris has coached basketball at Russell since 1992, first as an assistant under five boys head coaches. He took one year off from the roundball before joining the Lady Devils in 2015-16. He was also a head baseball coach for 13 years — two at Lawrence County and 11 at Russell — and has been a Red Devils football assistant since 1997.

Morris was offensively oriented in five seasons as a football assistant at Lawrence County, where he helped coach the Bulldogs to the 1991 state semifinals. He didn’t gain a focus on defense until joining the late Ivan McGlone’s staff at Russell, because he was replacing Jeff Smith, who had signaled in all of the Red Devils’ defensive calls.

“The way coach McGlone thought, why move everybody around on a staff that’s already honed in on what they do to get (a new addition) where you’re going, when I can only have you learn one thing?” Morris said. “And from 1997 until 2013 (when McGlone departed), I did the same thing, including going and getting the equipment truck to gas it up after trips.”

If the hard-nosed Morris’s defensive-mindedness thus came about more or less by happenstance, he’s embraced it. And so has Russell.

“I think it gives us a huge advantage,” Layne said of the Lady Devils’ defensive foundation and ability to use man-to-man or zone approaches. “Most people don’t have those awesome combinations, so I definitely think it helps us.”