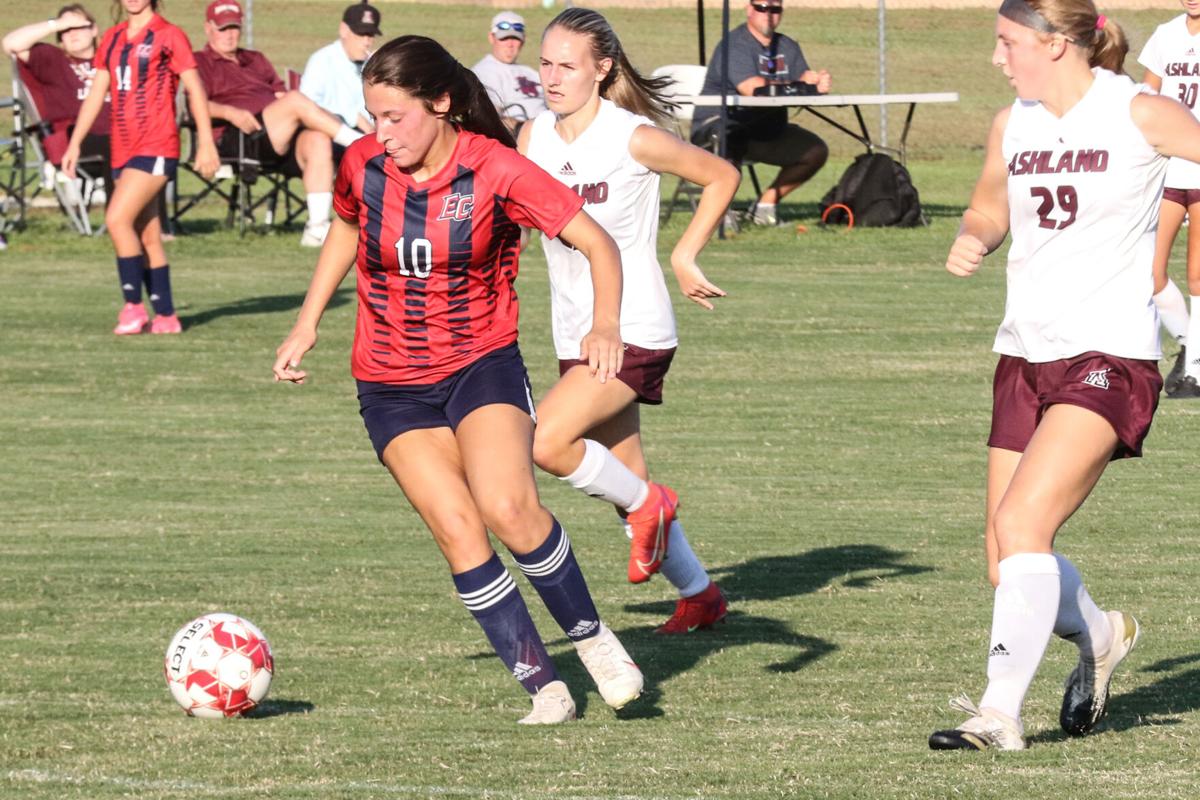 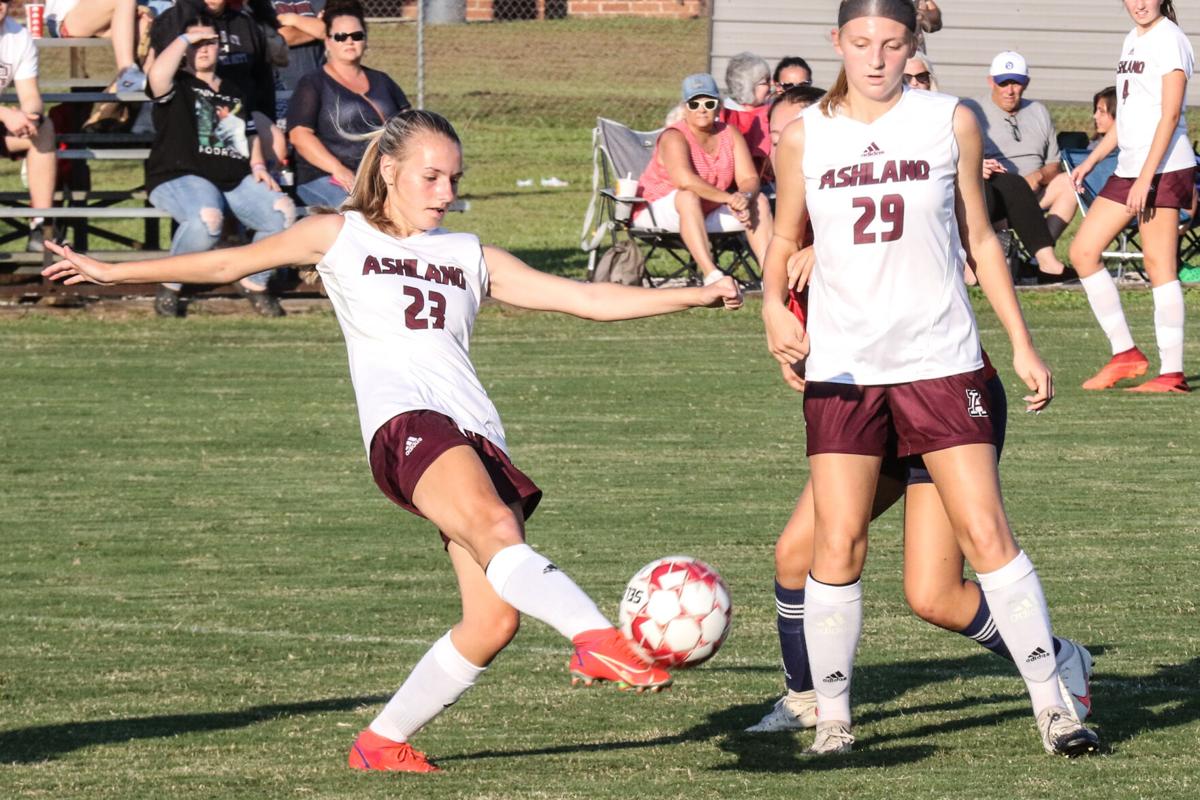 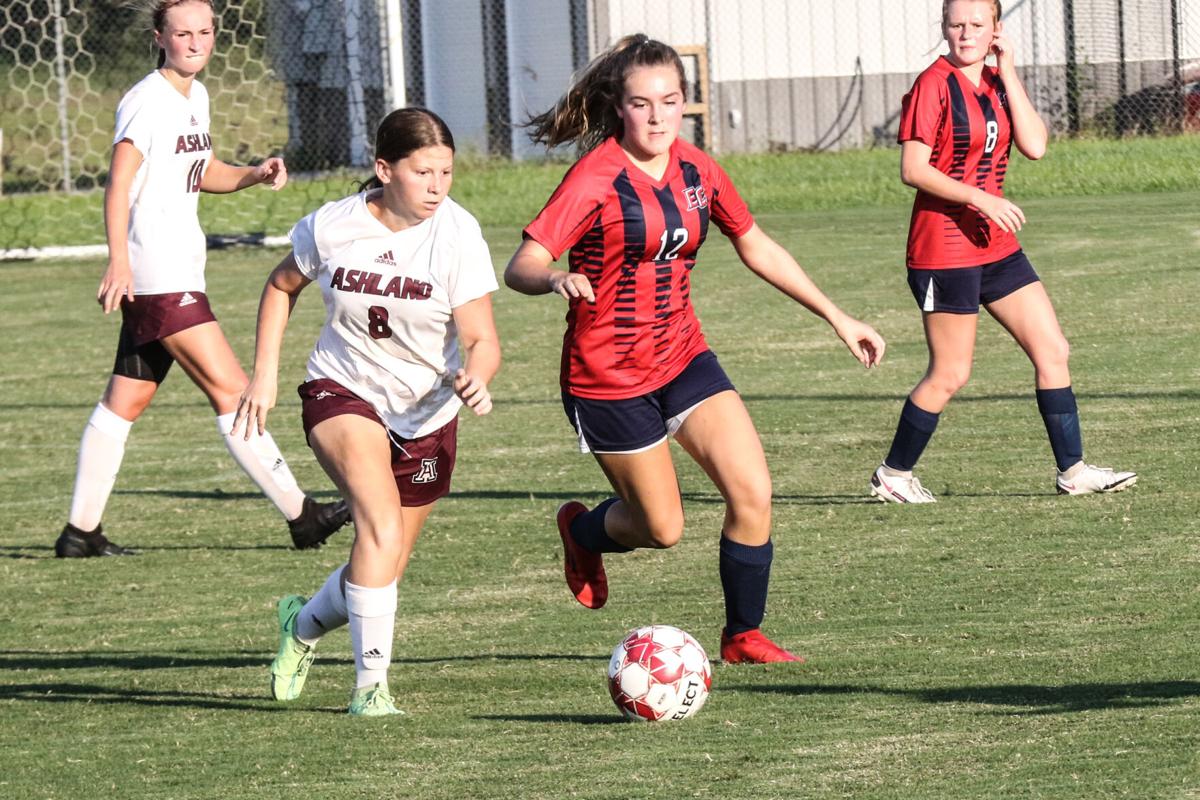 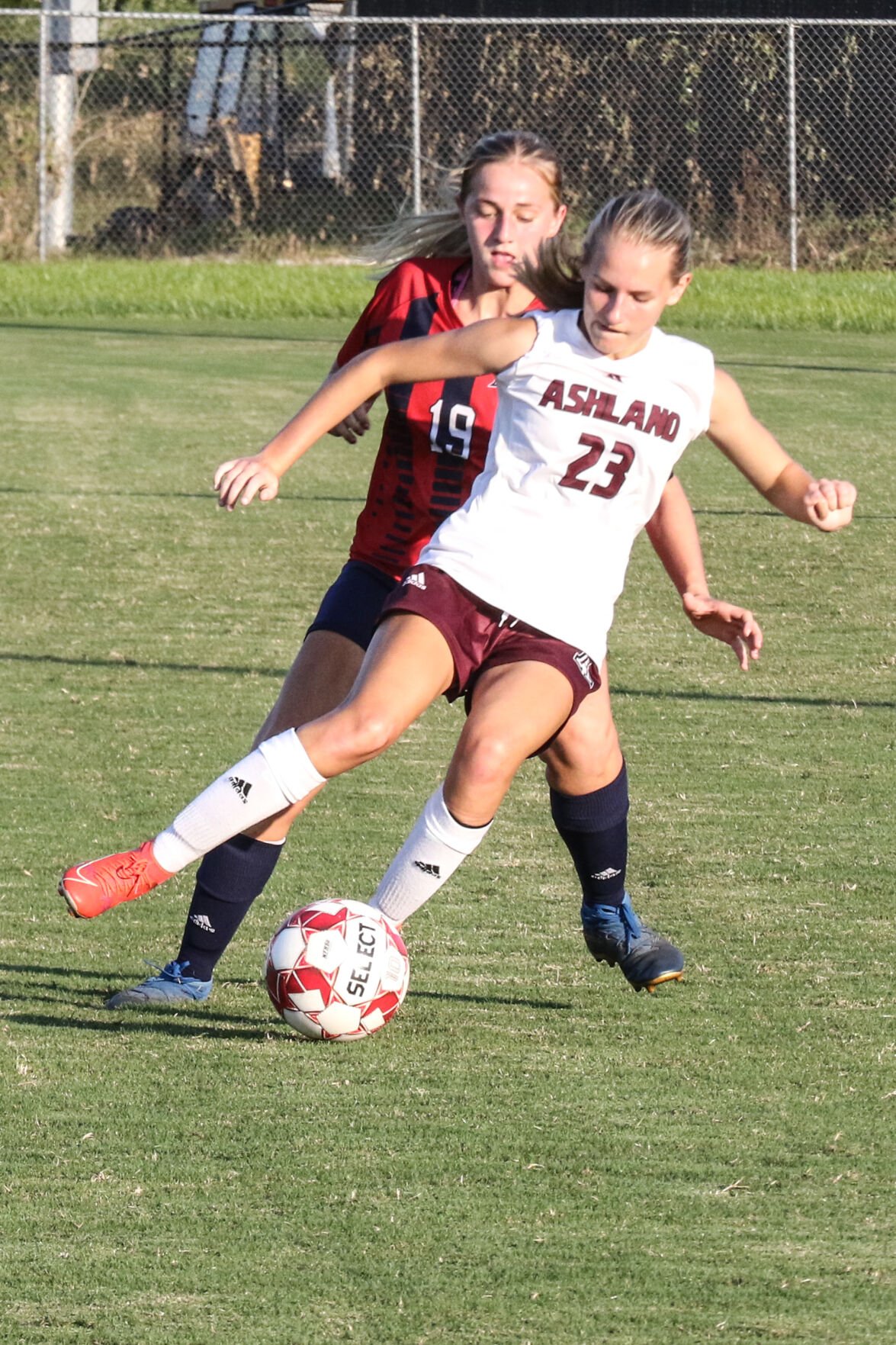 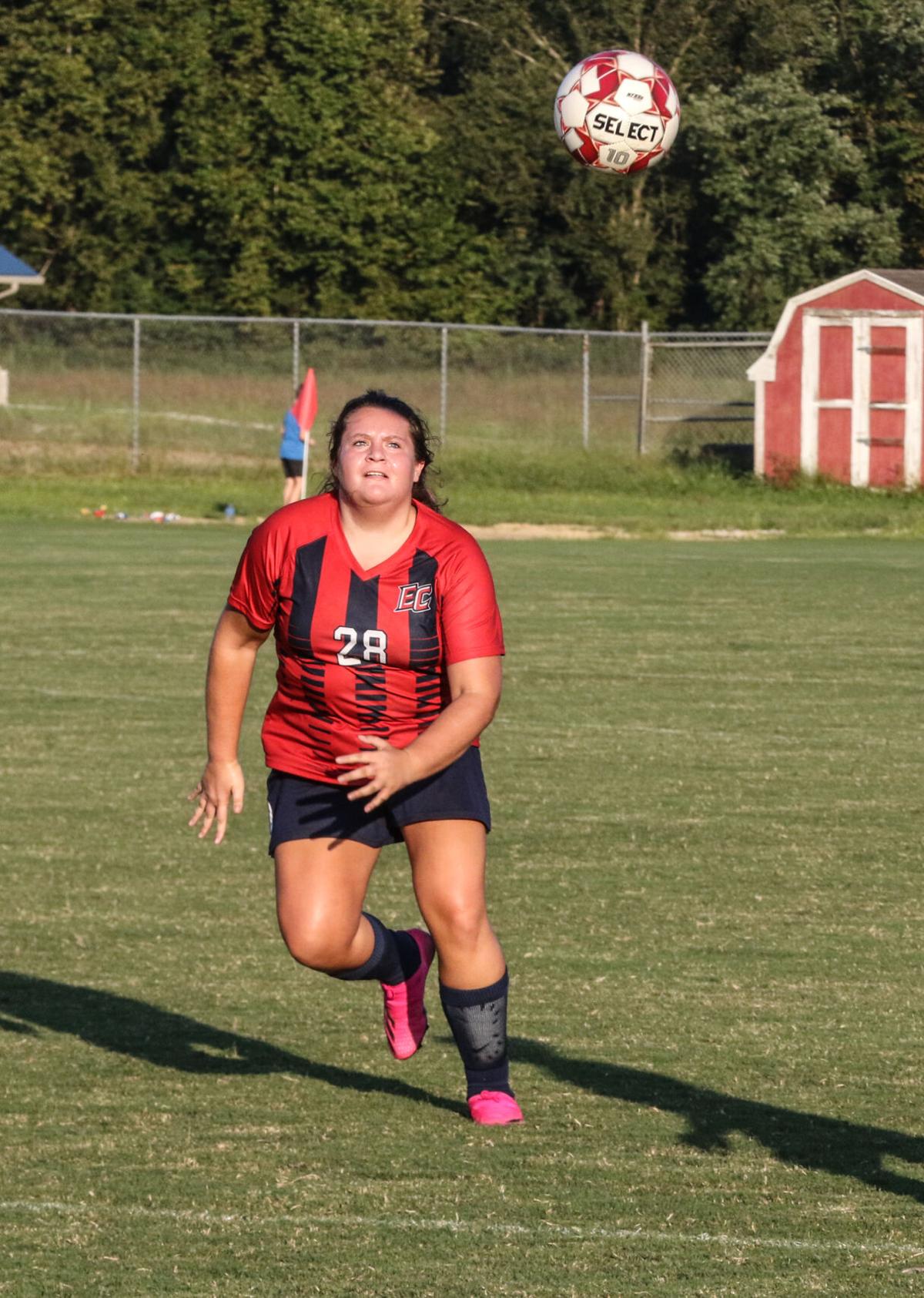 East Carter’s Isabella Poskas watches a ball in the first half of Tuesday’s win over Ashland. MATT JONES | THE DAILY INDEPENDENT 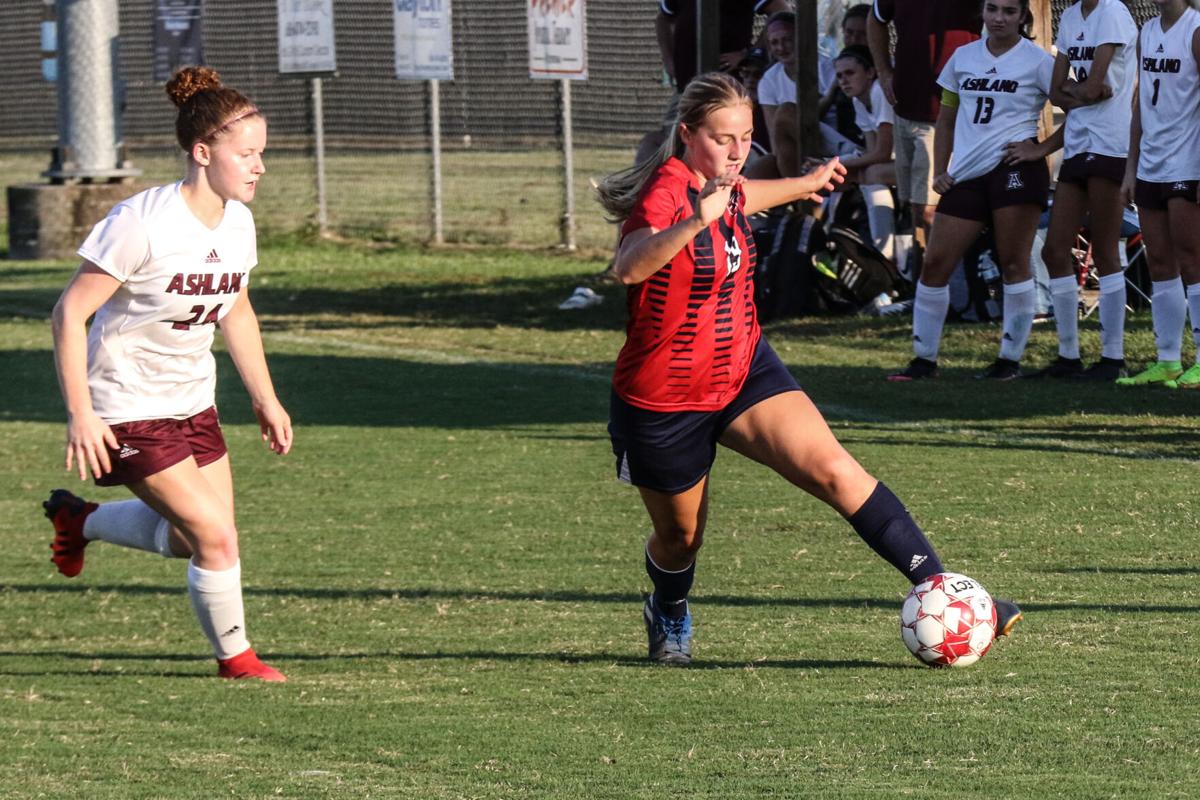 East Carter’s Avery Hall looks to center a ball in the box while being defended by Ashland’s Breanna Vanhoose during Tuesday’s match. MATT JONES | THE DAILY INDEPENDENT 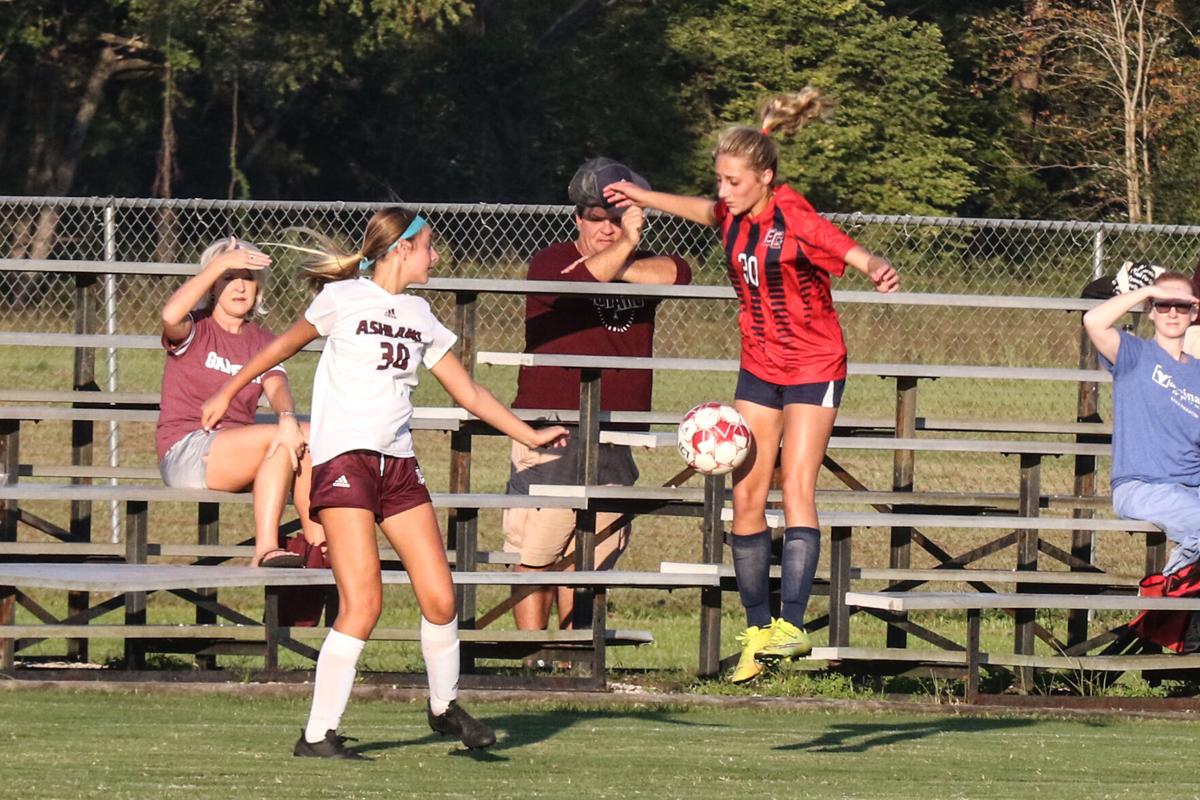 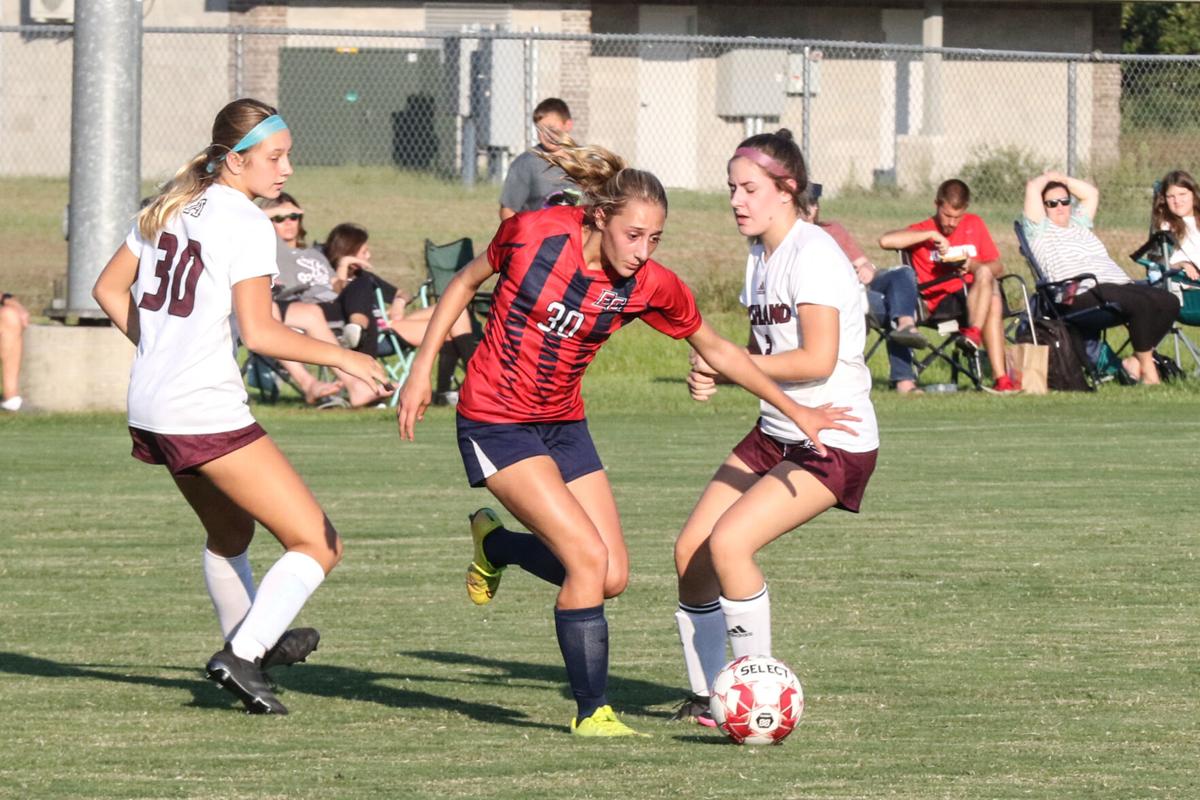 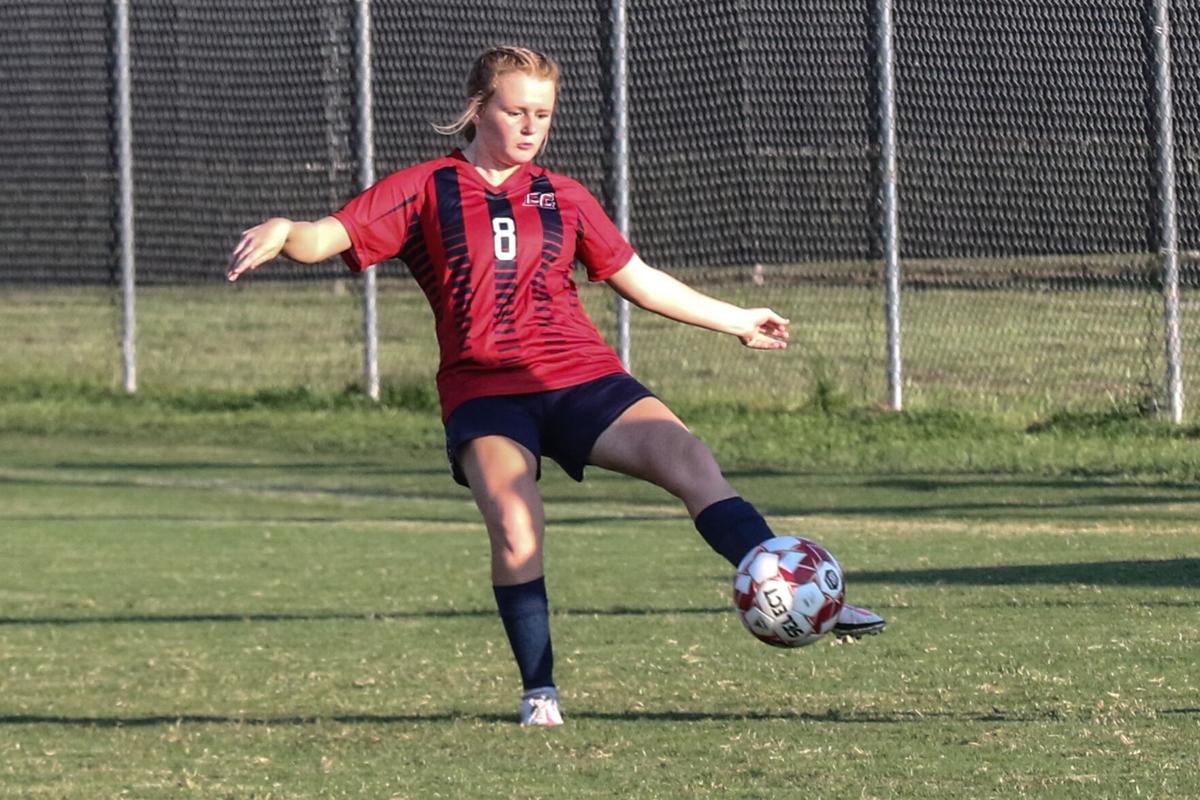 East Carter’s Lynnsey Bush controls a ball in the first half of Tuesday’s win over Ashland. MATT JONES | THE DAILY INDEPENDENT 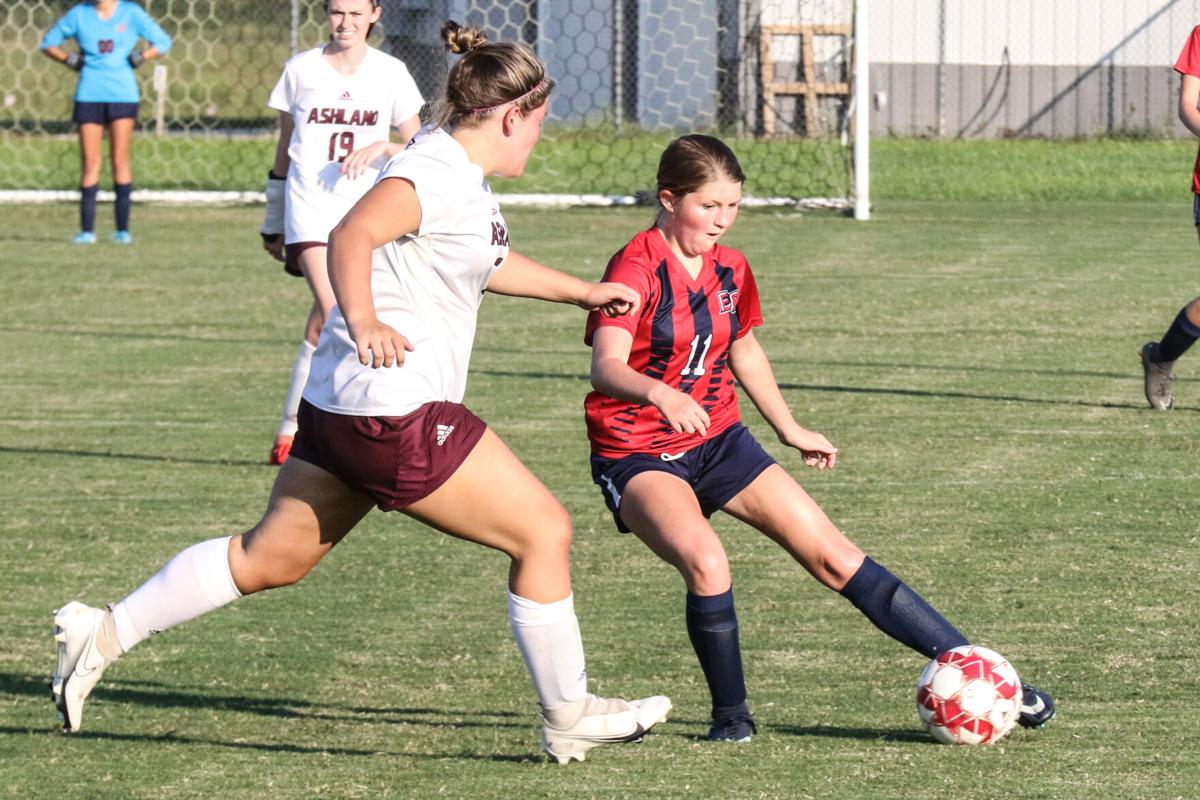 East Carter’s Isabella Poskas watches a ball in the first half of Tuesday’s win over Ashland. MATT JONES | THE DAILY INDEPENDENT

East Carter’s Avery Hall looks to center a ball in the box while being defended by Ashland’s Breanna Vanhoose during Tuesday’s match. MATT JONES | THE DAILY INDEPENDENT

East Carter’s Lynnsey Bush controls a ball in the first half of Tuesday’s win over Ashland. MATT JONES | THE DAILY INDEPENDENT

GRAYSON With its limited time on the pitch, East Carter is playing with a sense of urgency.

The Raiders had to delay the first two weeks of the season and sit for another seven-day stretch due to COVID-19. The club wants to take advantage of every opportunity.

“We missed the first two weeks, and we took another week off,” East Carter coach Tyler Walker said. “After each break, they came out ready to go. I think they realize that the season could end at any moment. They are taking it full-speed every time.”

East Carter gave itself plenty of scoring chances on Tuesday night at Bill Ticknor Field. The Raiders collected four goals in the first 17 minutes against Ashland. The margin grew to six goals in the second half and the Raiders defeated the LadyCats, 6-2.

“I think it is really important,” Walker said about the fast start. “I start five freshmen. We can get rattled easy. We are only in our seventh game of the season. If we can get it going quickly, it can settle our nerves. It lets us do what we want to do. We are not so focused on scoring. We can just go out and play soccer.”

Ashland coach John Cook said his team is experiencing growing pains during the early part of the slate. The team hadn’t competed in 10 days.

“We showed a lot of rust,” Cook said. “But take nothing away from East Carter, they are a good team. COVID-19 has taken a bunch of our kids out (of action). They came back and gave a better accounting of themselves in the second half. We are playing a lot of freshmen and inexperienced kids.”

Avery Hall opened the scoring for East Carter (6-1). She hit her first tally three minutes into the contest. She collected the ball on the left side of the box and slid it inside the far post after a nice ball from Ellie Thomas.

Emersyn Elliott put the next two balls in the back of the net. The first was in the 13th minute courtesy of a through ball from Thomas. Hall placed a ball in front of the net and Elliott sailed it over the keeper’s hand for her second goal.

Hall found the twine once more 30 seconds later. Elliott slipped the ball in between defenders to give Hall a clear shot at the net.

“We are playing a lot better offense than we played last year,” Walker said. “Our senior up front, Darian Wallace, plays our attacking midfielder. She has totally transformed and that has helped us tremendously. Emersyn Elliott just transferred to us from Lawrence County. She has been phenomenal for us.”

“We have worked on the passing aspect but also on creating chances,” Walker said. “In past teams that I have had, we could possess the ball, but never did anything with it. We are not passing just to pass. We are passing to move forward. They have taken hold of that, and it has shown in our games that we have played.”

Wallace found herself with a clear path in the box at the 57th minute and she slid it past the keeper. The score remained the same until the final three minutes of the match.

Freshman Hannah Felty put herself in the scoring column for the Raiders. The ball bounced off two defenders, which gave Felty a clean shot and she promptly put it in the back of the net.

Kenleigh Woods showed off her wheels, sprinting past Raiders to put Ashland (4-7) on the scoreboard twice. Keeper Gracie Madden stayed busy for the LadyCats, collecting 13 saves.

“Gracie played fantastic,” Cook said. “The girl plays her guts out all the time. I don’t know a better keeper in the region. We have to play in front of her a little better. We are just so young right now.”

“With Kenleigh, I can’t say enough about the no quit in her,” he added. “She competed. One of the hardest things to teach a young team is to compete. … We are learning. We take these opportunities as a learning experience.”