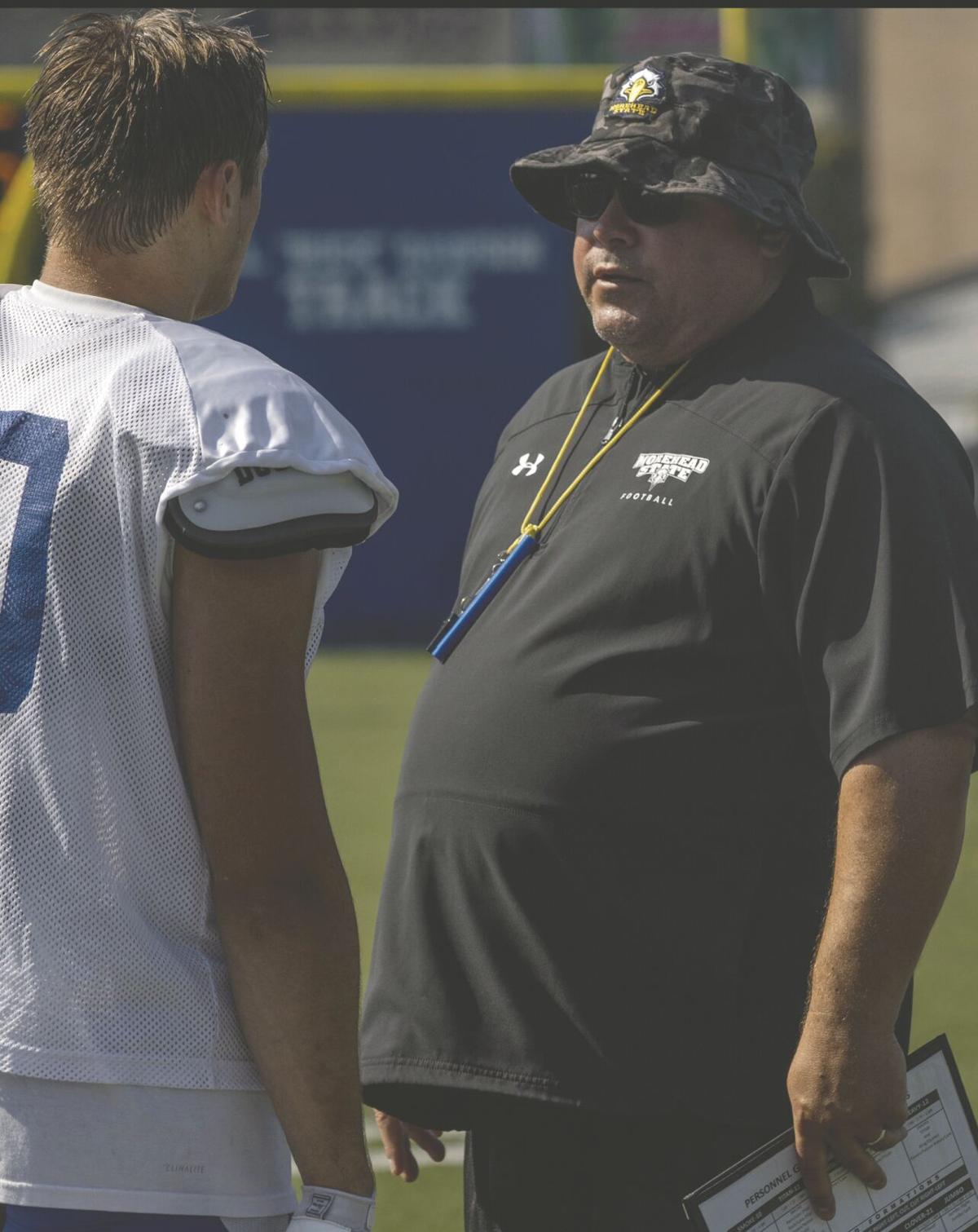 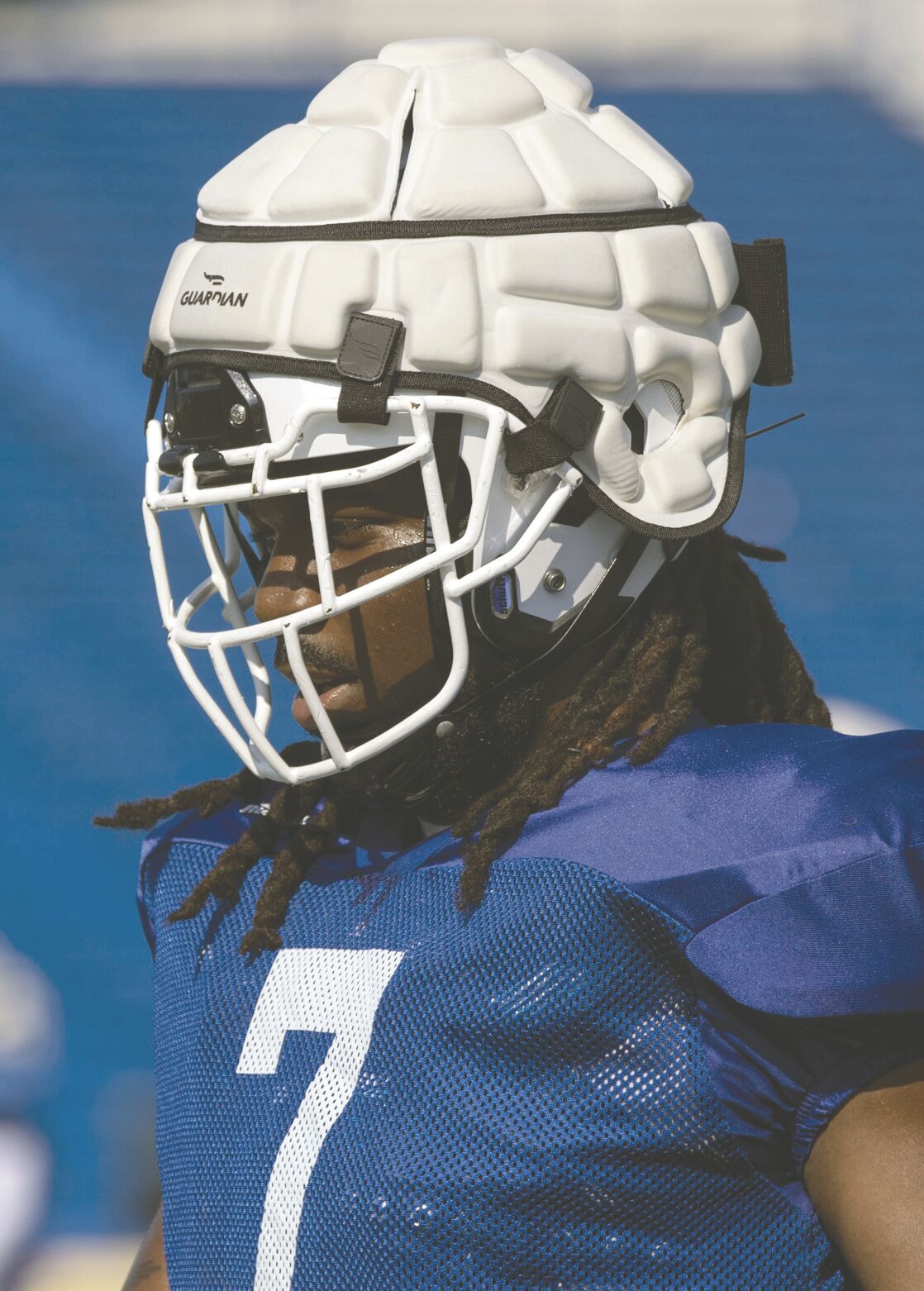 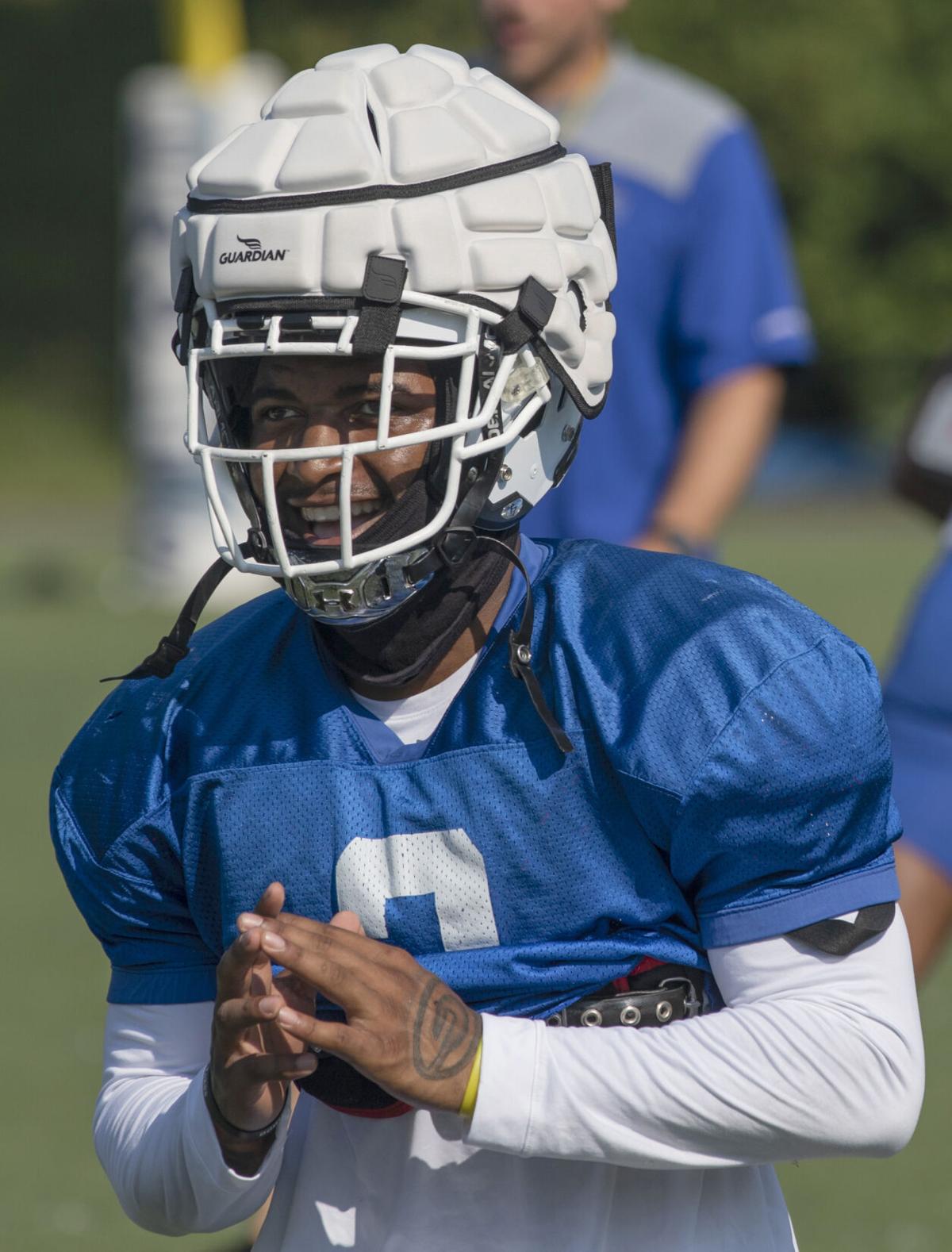 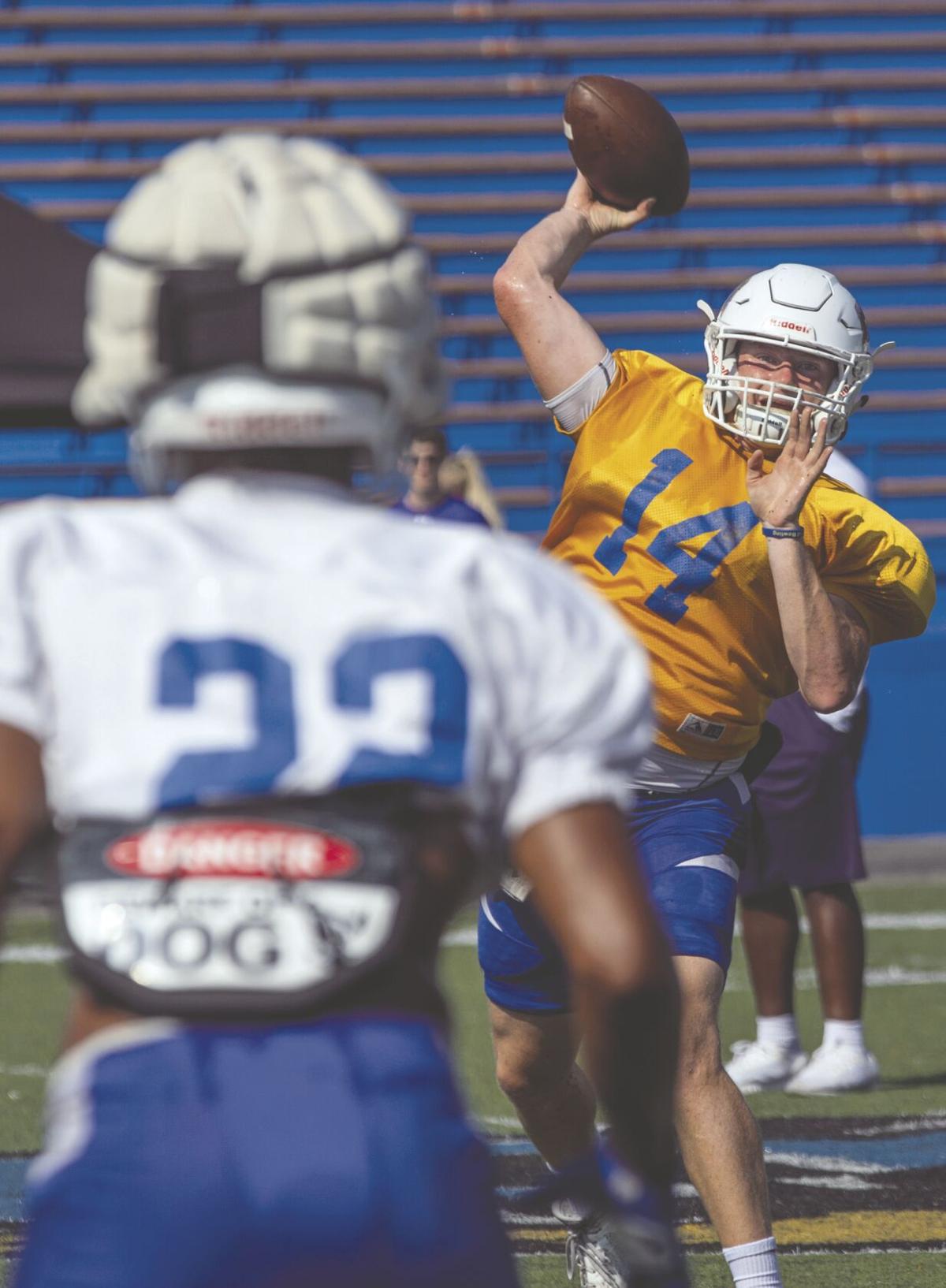 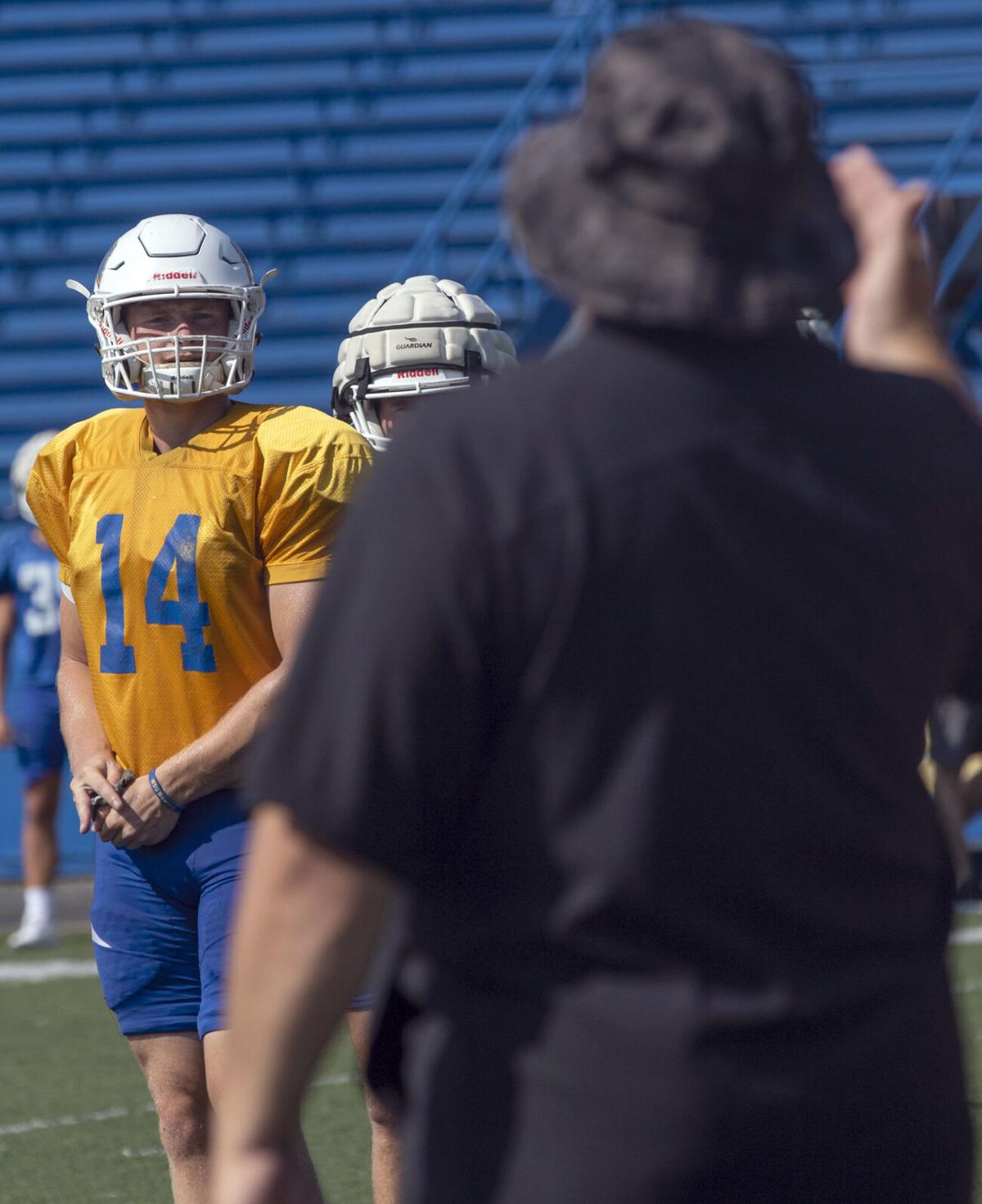 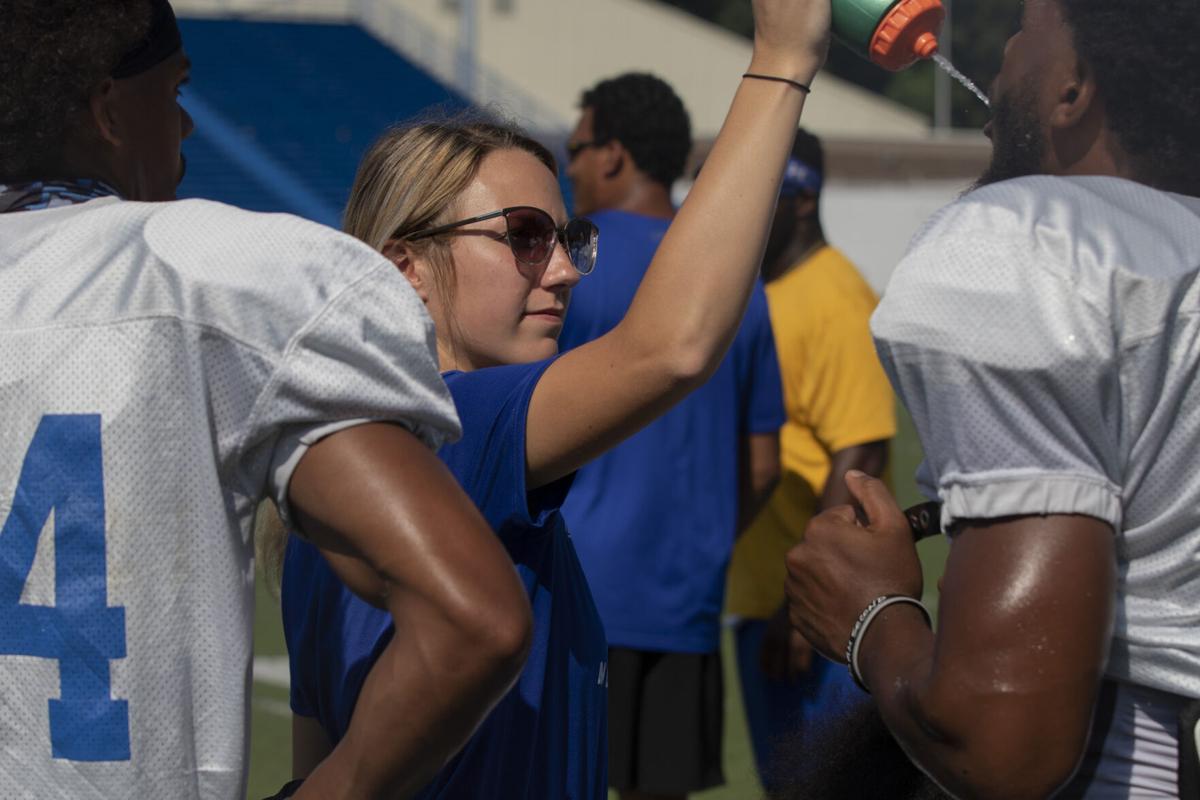 MOREHEAD Morehead State’s football coach and team captains are looking for maturity and experience to get through the upcoming season.

Coach Rob Tenyer, Vincent Winey, Mark Pappas and Andrew Foster opened practice and answered questions at the Eagles’ annual media day about an adjusted spring schedule due to a COVID-19-laced season and the team’s leadership.

“The spring was just kind of a preview of what we can do,” said Winey, a linebacker. “I think going into this year, we are going to pick up where we left off and as we get rolling through the games we’re just going to get better and better on both sides of the ball.”

Winey ranked second in the Pioneer Football League in total tackles and was named PFL Defensive Player of the Week last season.

The team’s quarterback, Pappas, will enter the 2021 campaign with 3,553 career passing yards and 30 touchdowns.

He said his ultimate goal this season is to win the PFL championship.

“We have to take it one day at a time and trust the process every day,” said Pappas, who is currently working on his master’s degree in sports management. “If we don’t handle business one day at a time, that’s not going to happen.”

Tenyer, in his 20th season on the Eagles’ staff, said the future success of the team would extend beyond his coaching abilities and will require the teaching and correcting from returning players. Foster agreed.

“It’s just a lot of players holding each other accountable and holding themselves accountable as well,” Foster said.

Paired with an altogether poised team, Tenyer said Winey, Foster or Pappas can step into leadership roles due to their good decision-making skills and discipline.

“These are the three guys that have the respect of their peers,” Tenyer said. “They lead by example, and they are all very vocal, so you know those guys are going to lead and really be the face of that unit.”

Tenyer said that this season will be oriented around the goal of earning what they play for.

“The message to our players is you got to go out and you got to earn it,” Tenyer said.