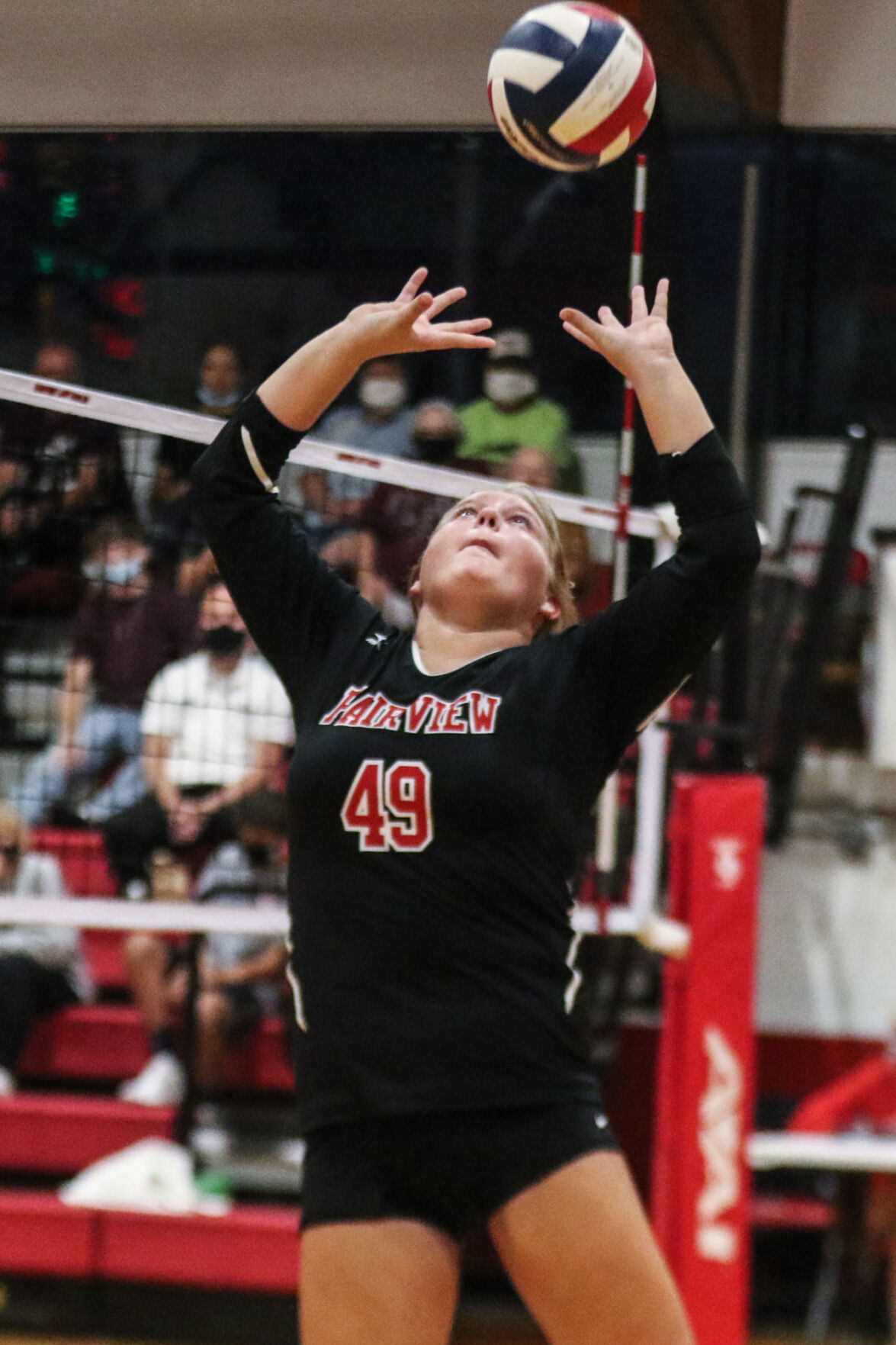 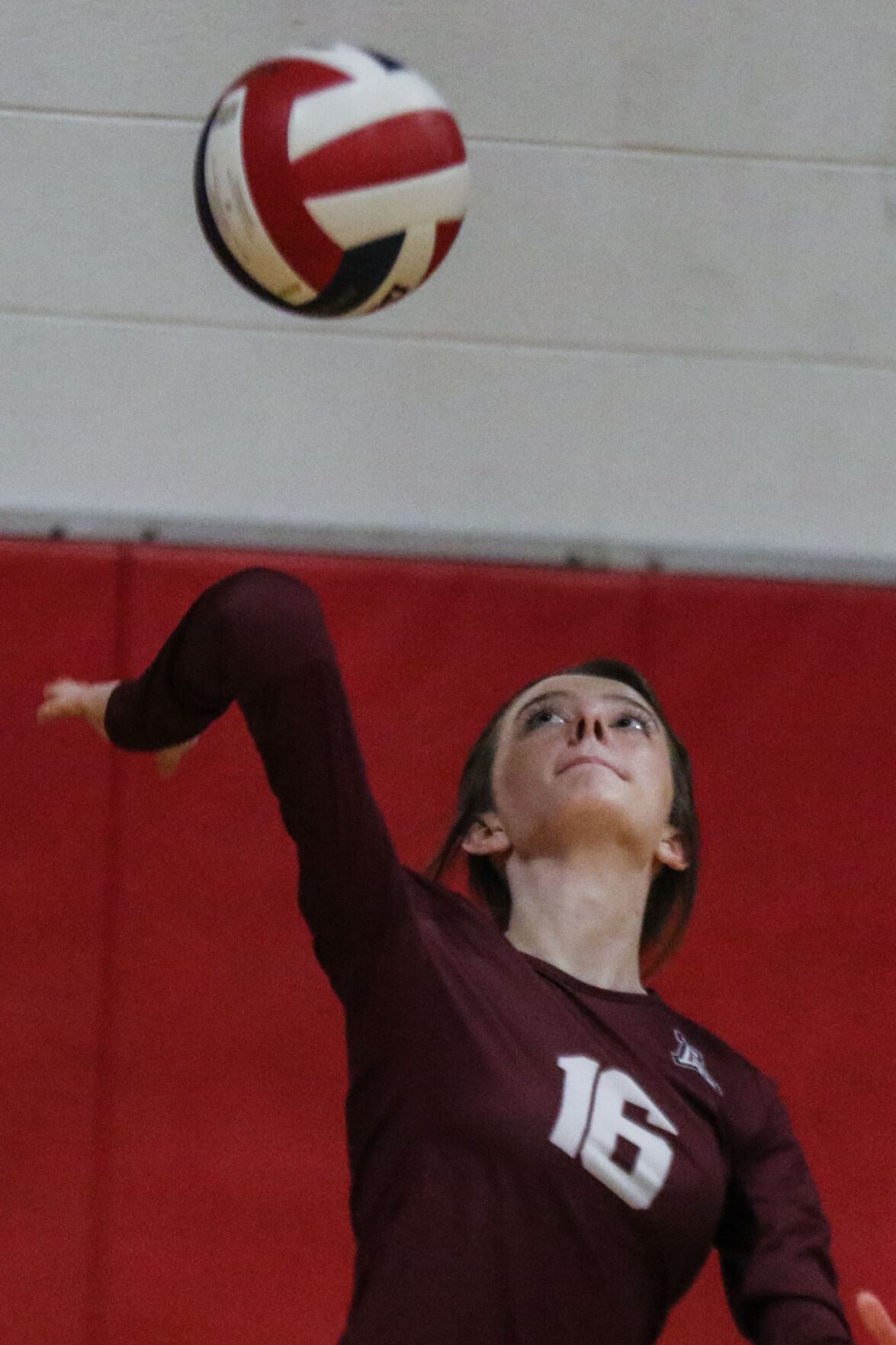 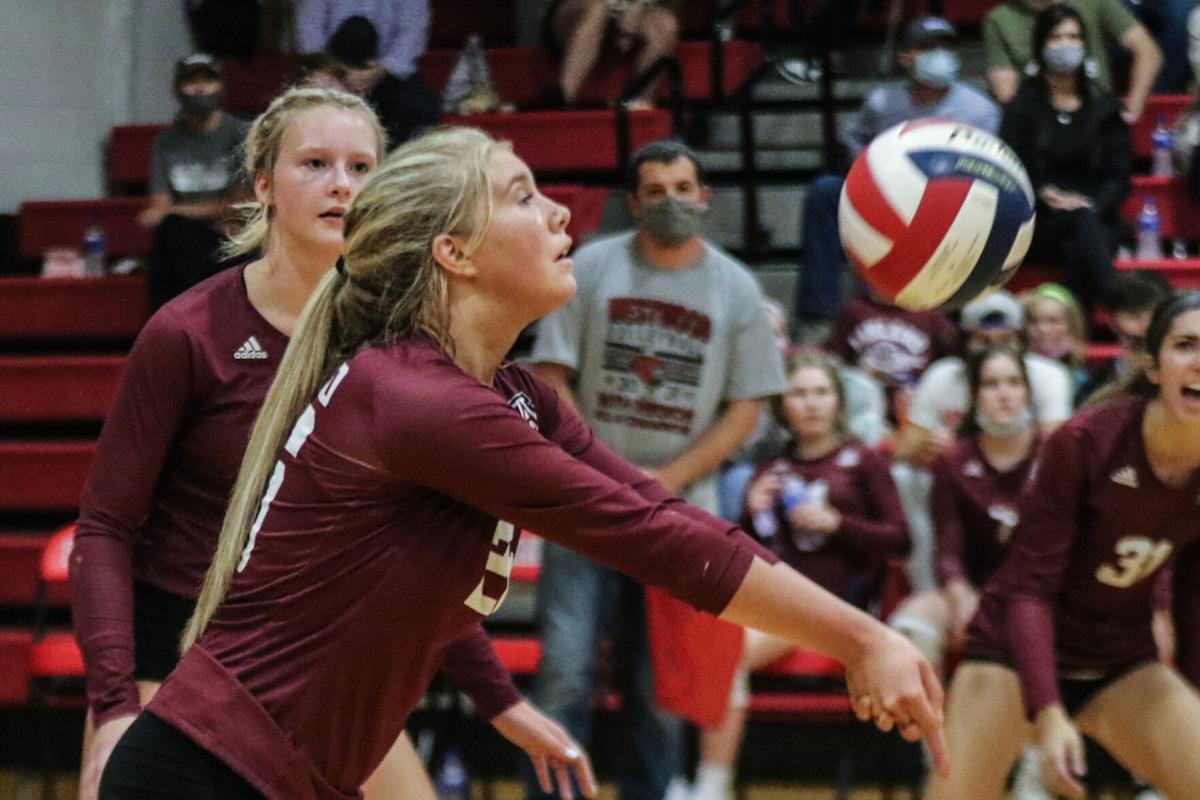 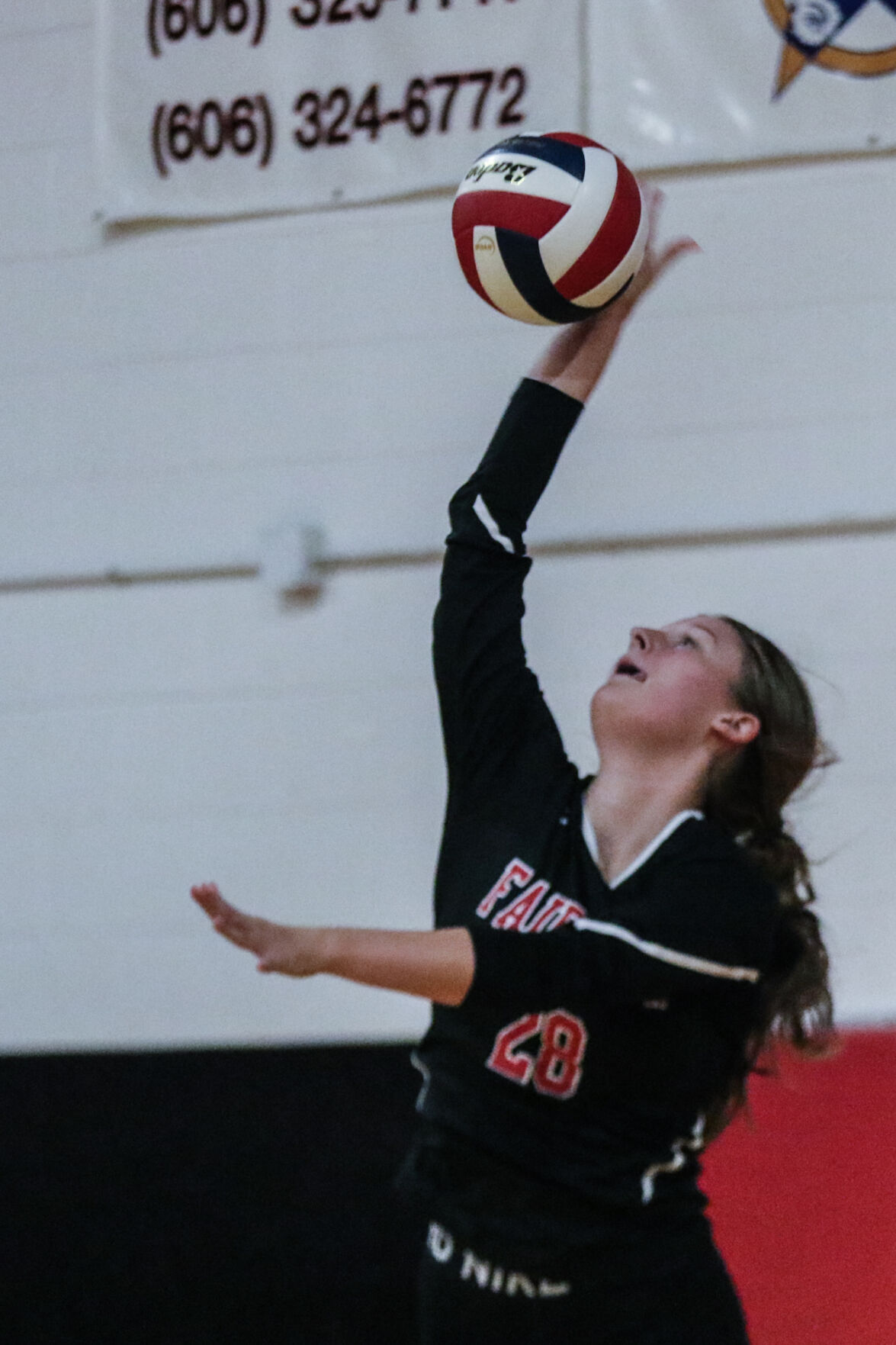 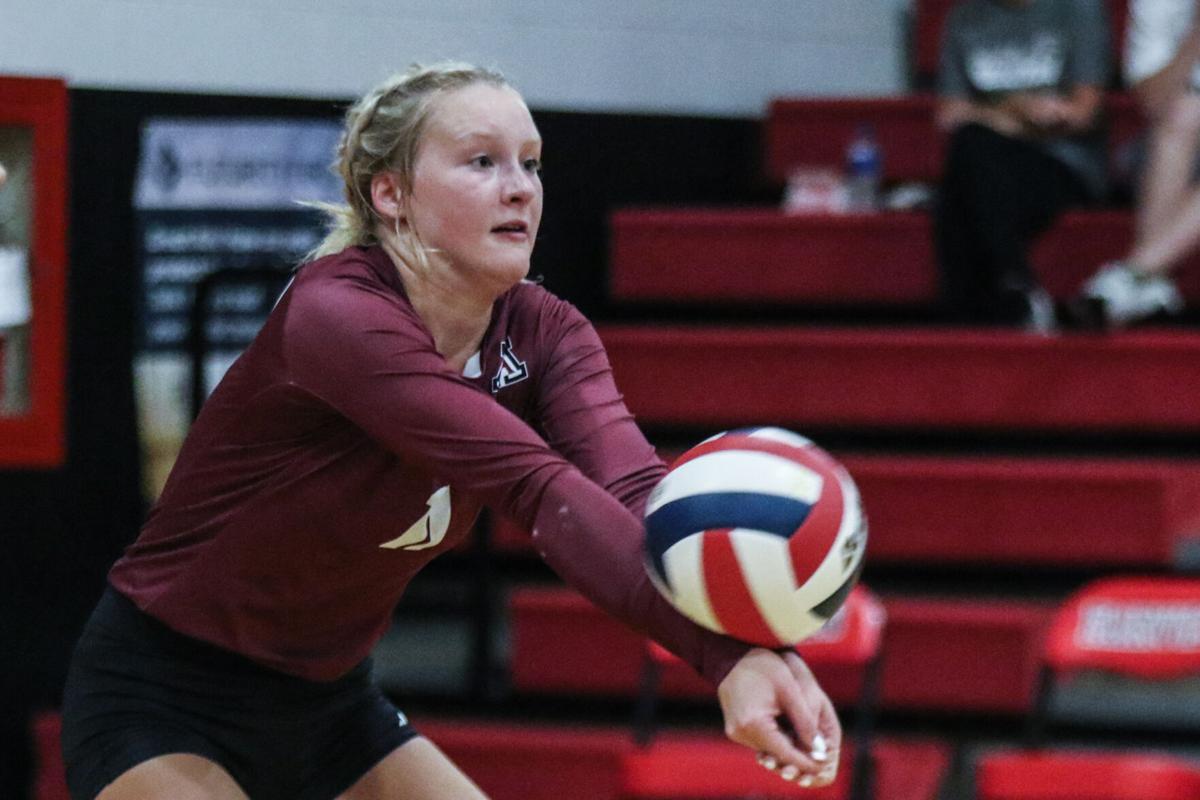 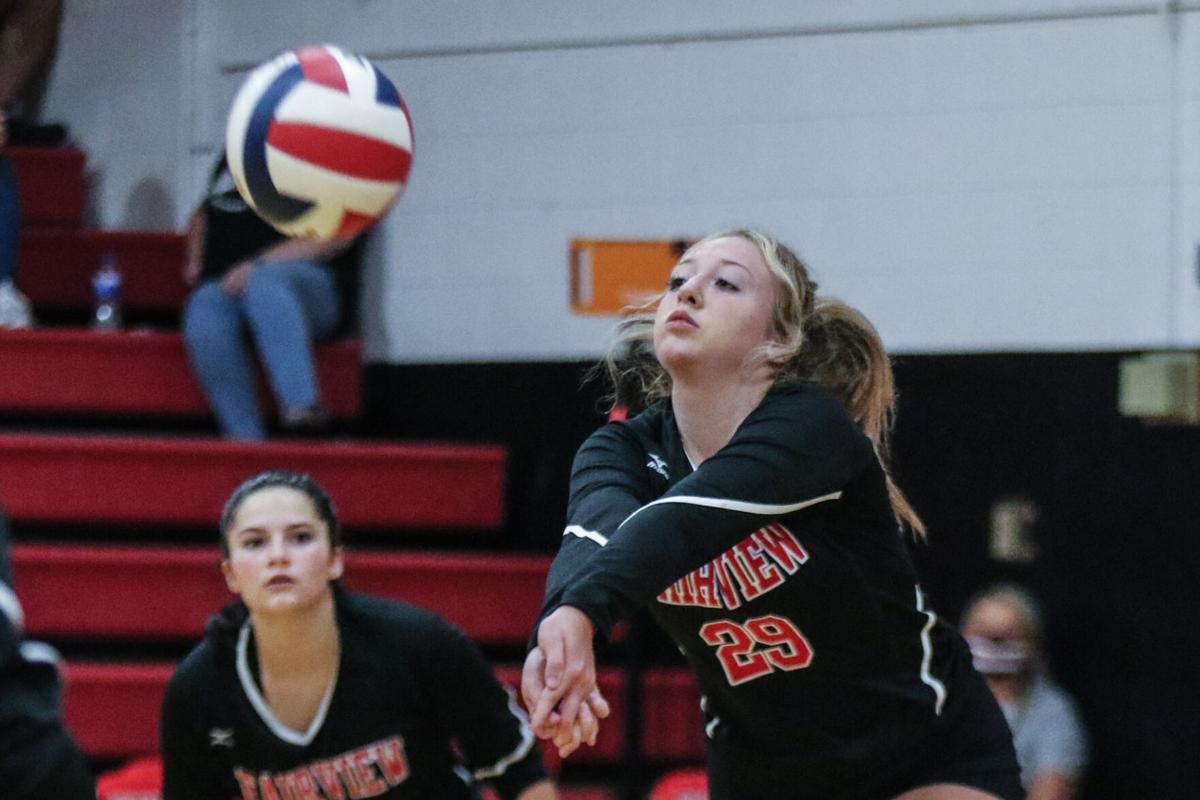 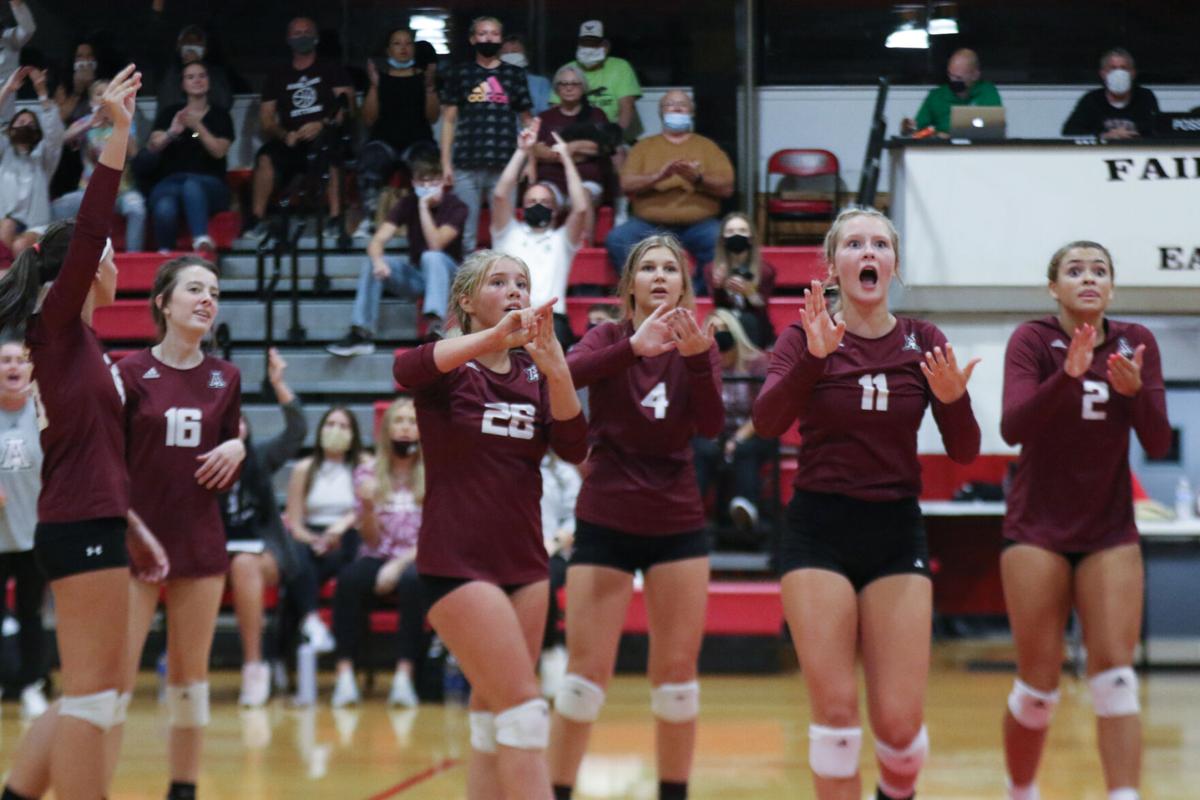 The Ashland volleyball team pleds for a touch call during the third set of Tuesday’s match at Fairview. MATT JONES | THE DAILY INDEPENDENT 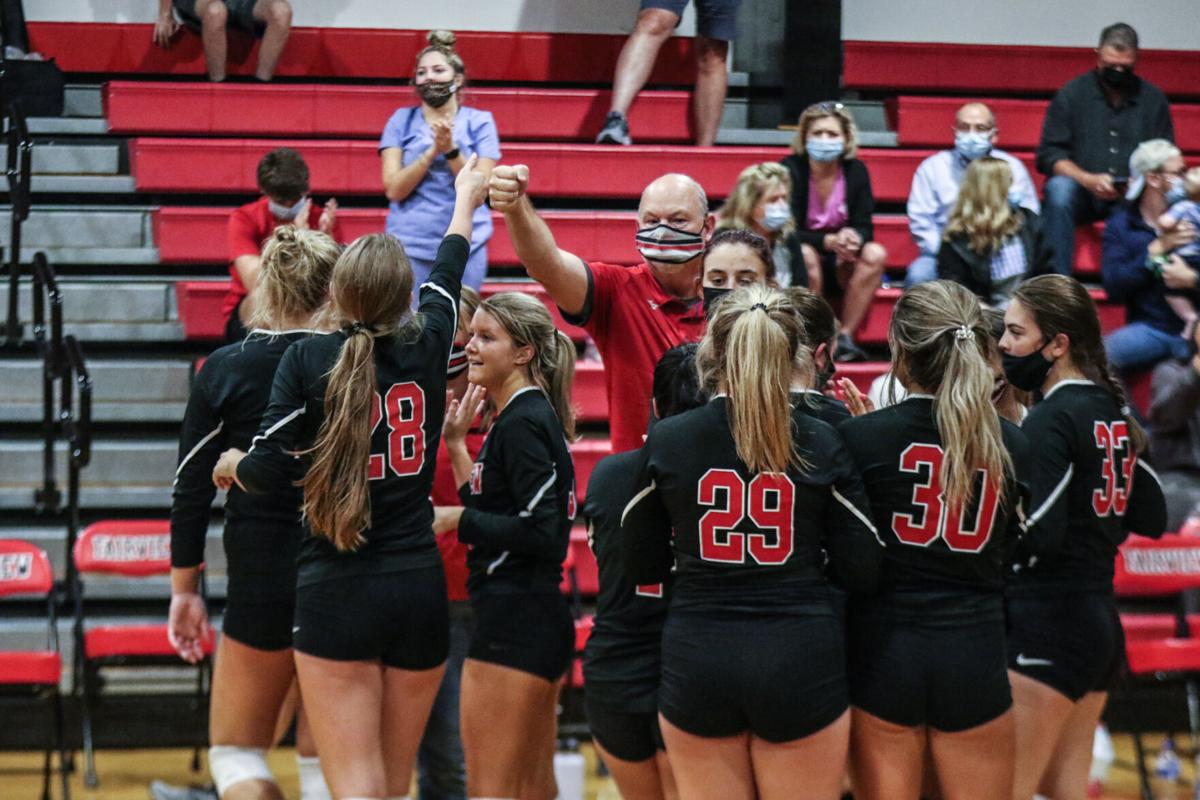 The Ashland volleyball team pleds for a touch call during the third set of Tuesday’s match at Fairview. MATT JONES | THE DAILY INDEPENDENT

WESTWOOD Fairview may have “Hobb”-led to the finish line, but the Price was right for the Lady Eagles Tuesday night at George Cooke Memorial Gymnasium.

“It was huge,” Fairview coach Rick Lambert said. “(Ashland) came into our house and we took care of business, pretty much.”

Hobbs paced the Lady Eagles with 15 kills, including seven in the final set and Price added nine kills and an ace to set up match point, her only one of the match.

“Graycin has been huge all year,” Lambert said. “She’s served well and made plays when we needed her to step up. She’s just an all-around player.”

Both teams traded service errors and a kill to open the contest but Hobbs second point in the opening stanza put the Lady Eagles in front for good. Her service sparked an 8-0 run from the line and three points later, Hobbs slammed a ball to the court for a 17-7 lead. Ashland rode the big swings of Bethany Ledford who ignited a 7-0 run to pull the Volleycats to within three, but the Lady Eagles withstood the surge. Kiera Loving dropped in a ninja kill then teamed up with Price for a big block of Ledford at the net.

“We were trying to take away Bethany, tonight,” Lambert said. “She can crush the ball.”

Fairview found itself trailing 7-4 early in Set 2, but a Loving kill followed by a pair of Shelby Marcum aces swung the momentum back to the Lady Eagles, 8-7. Fairview rolled off a 9-1 run capped off by three Marista Tackett aces and another Hobbs kill that forced an Ashland timeout.

Ashland responded from the break behind the play of Ledford and Sydney Clark at the net to close the gap to only one. Sophie Suman and Gracen Layman kills erased the deficit to move the Volleycats back in front, 18-17. But the duo of Hobbs and Price answered the call to stake the Lady Eagles with a 2-0 lead in the match.

“This was a roller-coaster of a game,” Lambert said. “I’m on edge every pass and you can probably see it. I’ve got a lot of passion for it. I try to convey that passion to this group of young ladies and you can see it from them, too. This group has been together since the fifth or sixth grade.”

Ashland coach Sarah Linn said Fairview showed the grit it takes to earn a win in a tightly contested matchup with a district opponent.

The final set was a seesaw battle to the finish that saw Fairview earn its final three points off Ashland errors, to secure the sweep and send the home crowd into a frenzy of celebration.