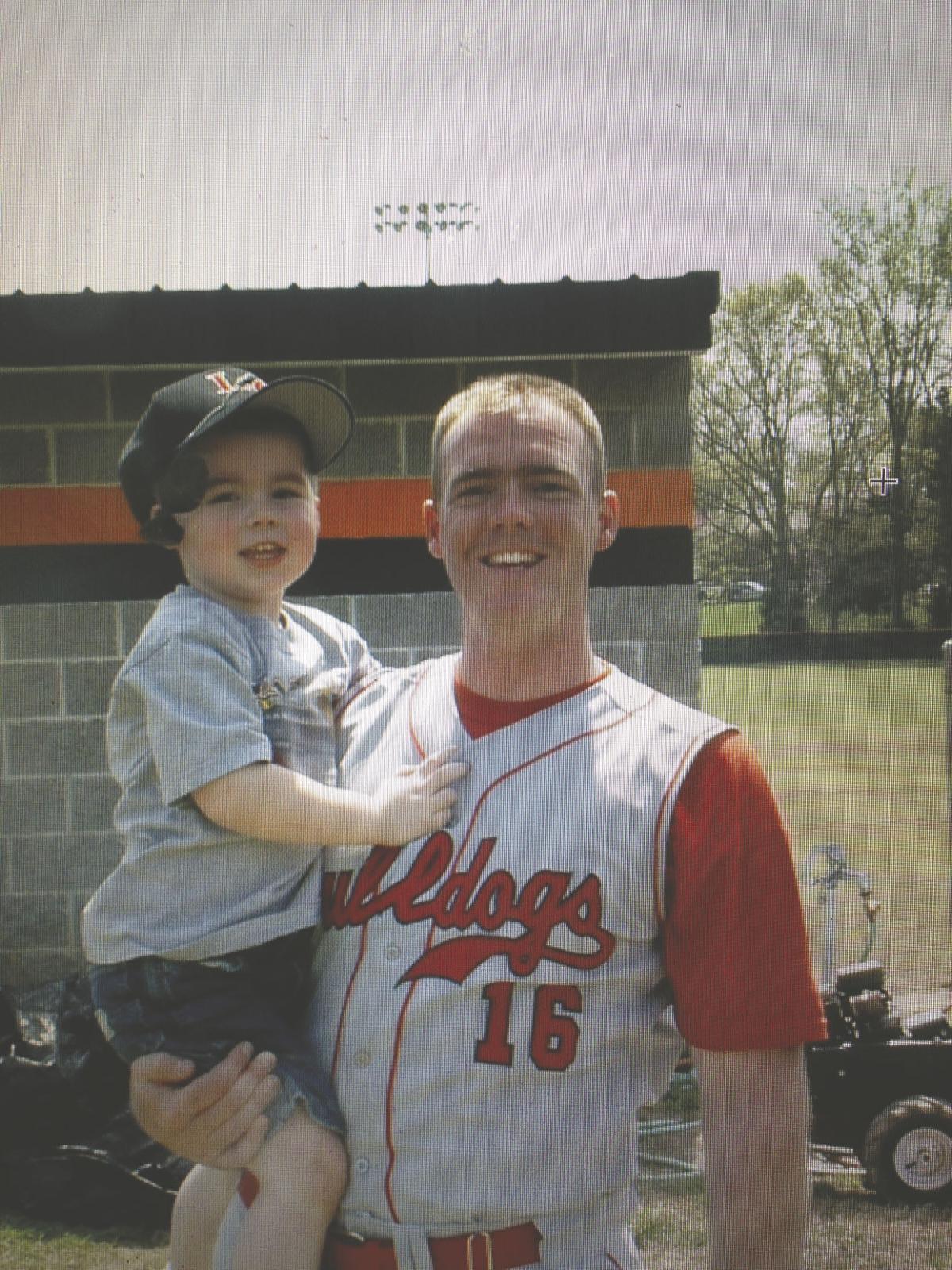 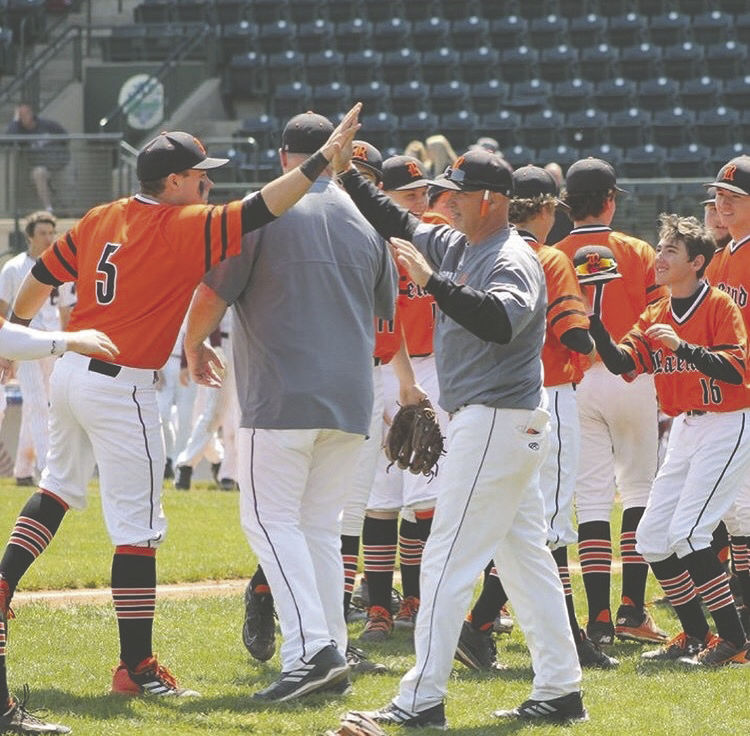 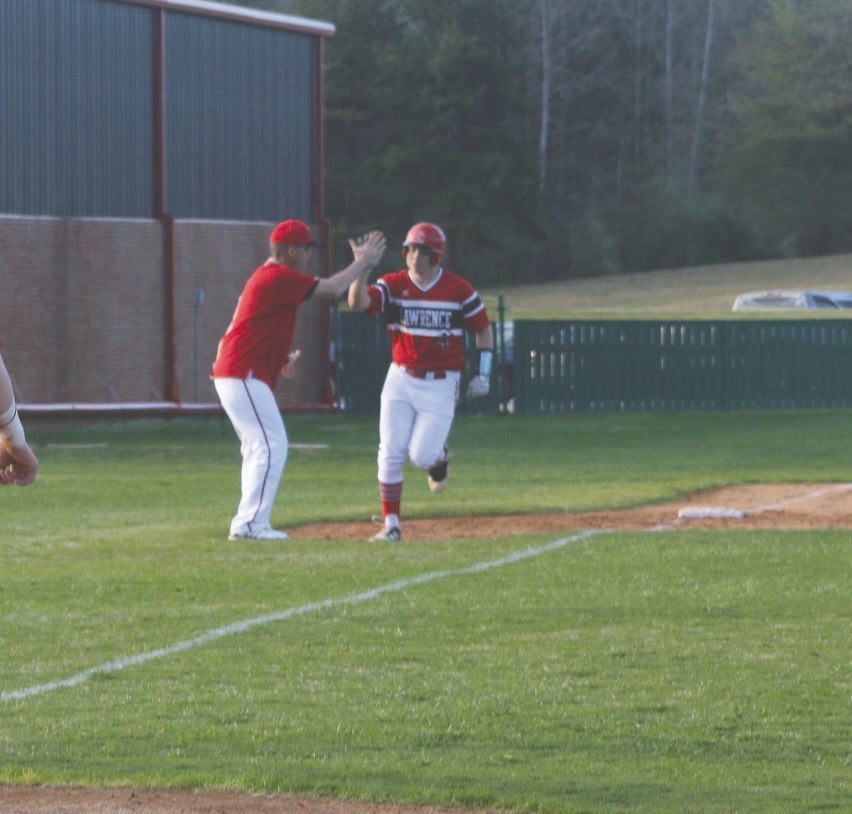 Most coaches say they have high expectations for their team in the preseason. Some believe it.

Travis Feltner and Marty Mills had good reason to fall into the latter camp: Feltner’s Lawrence County baseball club and Mills’s Raceland squad combined to go 65-14 in 2019, both winning their most games in a season in school history. The Bulldogs went 19-0 against 15th Region competition and were competitive deep into the semi-state round, while the Rams reached the All “A” Classic state semifinals for the second straight spring and won their first district tournament championship in 17 years.

And both teams returned nearly every contributor from those teams, which was the best part — at least until March 13, three days before the regular season was schedule to begin.

That day, due to the COVID-19 pandemic, the KHSAA pressed pause on the spring sports season.

Feltner suspected that was coming two days earlier. Lawrence County had knocked off George Washington, 15-4, in a scrimmage in Charleston on March 11 and stopped at a fast-food joint in Teays Valley on the way back to Louisa.

As the Bulldogs chowed down, “one of my assistants read on his phone that they just (suspended) the NBA season,” Feltner said. “When I heard that, our state hadn’t even done anything yet. There was talk all week what could be coming, but I didn’t hold out a lot of optimism really from that time on.”

Feltner’s concern proved valid. The season would never begin, officially canceled by the KHSAA on April 21.

That would have been frustrating enough for Feltner and Mills, as coaches of teams expecting to have big springs.

That emotion is compounded because both are fathers of seniors who lost their opportunity at a last ride as seniors — Jackson Feltner and Seth Mills.

Marty Mills didn’t think much about that during Raceland’s extensive winter and preseason program. He — and the Rams — were more focused on fulfilling the outlook created by their recent rise. Then, all of a sudden, that feeling of everyone pulling the rope in the same direction vanished.

Lawrence County has made eight trips to the state round of 16 and competed in a state championship game. No Bulldogs team, though, has ever won more games than the 2019 club, which went 35-6, went undefeated against region competition and was within 2-0 of Rowan County and star pitcher AJ Hacker in the fifth inning of the Semi-State 8 game at Morehead State last spring.

The Bulldogs succumbed, 5-0, but had high hopes for 2020 as they left John “Sonny” Allen Field.

Pitching. Defense. Speed. Power. Experience. Lawrence County had it all.

“Just addressing the team when the season was wrapped up, I told all the returning players how much they better enjoy what they had this year, because we have no guarantees,” Feltner said. “I tell every team that. I never thought those words would literally come true immediately, but they did.”

Feltner’s sinking feeling as public response to the spreading pandemic exploded in March only grew worse as a spring without baseball wore on. He’d said in a preseason interview that he thought this group of Bulldogs could become the most complete team in program history — no small feat — so he has struggled with the idea that they will never have the opportunity to live up to it.

“As a coach, I’m not gonna lie to you, this will forever leave just an emptiness and a hole inside, the what-ifs and the wondering what would’ve played out,” Feltner said. “I’ve done this long enough to know, there’s no guarantees that this team would’ve panned out ... but as a competitor, by George, you want to find out.

One of those 35 Bulldogs victories came against Raceland, but Lawrence County was one of only four northeastern Kentucky teams to pin a loss on the Rams, who went 30-8 — the most times Raceland has ever won in the same season.

The Rams clasped the 63rd District Tournament championship for the first time since 2002 last year. And Raceland returned the vast majority of the pitching staff that concocted a sub-3 earned-run average and the bulk of the offense that rang up 9.1 runs per game, so the Rams were a trendy topic of conversation this spring in pursuit of the region crown, which they haven’t won since 1991.

“Honestly, this year was probably the highest expectations any Raceland baseball team’s ever had,” Mills said. “Even the year we won the region, we kinda came out of nowhere to do it. The expectations, this was kinda primed right for us as far as the kids that I have.”

The senior-laden Rams didn’t fail to fulfill their aim. What happened is worse: they never even got to try.

“It’s a gut punch, pretty much,” Mills said. “That’s the tough part of it. I know these guys would really like to have finished this thing on the field, one way or the other. ... The biggest void’s gonna be, coulda, shoulda, woulda, that kind of thing.”

Lawrence County had a strong campaign in 2017, a breakout year in 2018 and a storybook season in 2019. Its coach’s son matched that trend.

He boosted his production to a .417 average, 14 doubles, 34 runs, 40 RBIs and two home runs as a sophomore, and Lawrence County went 31-8, but he could do better and his father said so.

The result was a rededication — and a reckoning for opposing pitchers.

“The thing with Jackson, I struggle to talk about it,” Travis Feltner said, fighting his emotions, “he wasn’t given a great amount of God-given ability. I feel like he’s got pretty unique hand-eye coordination, he’s always been a good little hitter, he has a good frame for his body, but he didn’t have a great body. He had to really work on it. For him to get to the level of what he got to is a 100% testimony on him.

“To really be able to play at a good level, and for him to have an opportunity to go on to the Division I level, when he was a freshman, I wouldn’t have given him a chance to be able to ever do that.”

The younger Feltner is indeed going on to play at Morehead State because of what he did as a junior: upping his batting average again to .429, driving in 55 runs, scoring 50 times — and leading the state in homers, with 14. He also went 8-1 on the mound.

The eager anticipation of what Feltner’s follow-up act would be never came to fruition, but that doesn’t change how his dad felt about his high school career.

“I told him when they canceled it, he’ll be able to look back and not have any regrets,” Travis Feltner said. “I’m confident of that, because he literally put everything into it that he could, for a young kid.”

“He may be the best hitter I’ve seen come through here, but certainly deserves to be mentioned with any of the other ones,” Travis Feltner said of Jackson. “(Bulldog assistants) Stevie (Blevins) and Jackie Holt, they feel like he’s the best hitter they’ve seen come through here. I’m certainly a proud dad, and proud of everything he has accomplished, and appreciative of what he’s given to our school and our community and our program.”

Feltner hopes that’s what sticks in his memory. He willfully admits he struggled to slow down and be excited about what Jackson did the last few seasons.

“I ain’t gonna lie to you, I will have some regrets,” Travis Feltner said. “I didn’t enjoy that experience as much as I wished I could’ve now. You just always as a coach, you’re always pushing, pushing, pushing. It was kinda amped up with him even more.

“Just really had a pretty high standard for him, and he met it.”

Seth “Rony” Mills has played in Raceland’s program since he was a seventh-grader, but he truly announced himself as a freshman. He became one of northeastern Kentucky’s leaders in pitching wins and got the ball in the 63rd District Tournament final as a ninth-grader in 2017.

That was the same year his father took over as the Rams coach, as well as the first time Raceland made it to the 16th Region Tournament in eight years.

In 2018 and ‘19, Raceland reached the final four of the state small-school tournament, and in Mills’s junior year, the Rams won more games than they ever had and claimed their first district title since even the oldest of the current players were in diapers.

The Millses shared that experience as a literal family — Trey, Seth’s older brother by three years, was a senior in 2017 — and a metaphorical one. Marty Mills had coached many of the Rams in travel ball.

“My juniors and seniors have been playing with me since Kentucky Mudcat days,” Mills said, naming the program they built. “We’ve shared a lot of success. My own personal family’s a baseball family. ... I had six guys that played with me since they’ve been 7, 8 years old.”

Seth Mills did at least get a Senior Night — in football. He returned to the gridiron Rams after taking two years off and led the team in rushing with 352 yards.

That doesn’t mean the way Raceland’s seniors’ baseball career ended wasn’t “devastating,” Marty Mills said, but he thinks they are uniquely equipped to handle that.

“As baseball players, if there’s any one group of people that has learned to deal with failure,” Mills said, chuckling, “it’s baseball people. We’ve got a little saying we always (use), there’s no such thing as a no-win scenario. We’ll turn this into a positive, believe it or not.”

Seth Mills will continue his baseball career at Rio Grande, which helps. So does the fact he is finally back on the field with Ashland Post 76 — as is Jackson Feltner. Both pitched in a season-opening doubleheader sweep of Portsmouth Post 23 last weekend.

That puts salve on a tough spring and provides hope for the future — for fathers and sons.

“I’ve encouraged every player I’ve got, including my own son, it’s important to always keep perspective too,” Travis Feltner said, “and there are certain things a lot bigger than high school sports.”