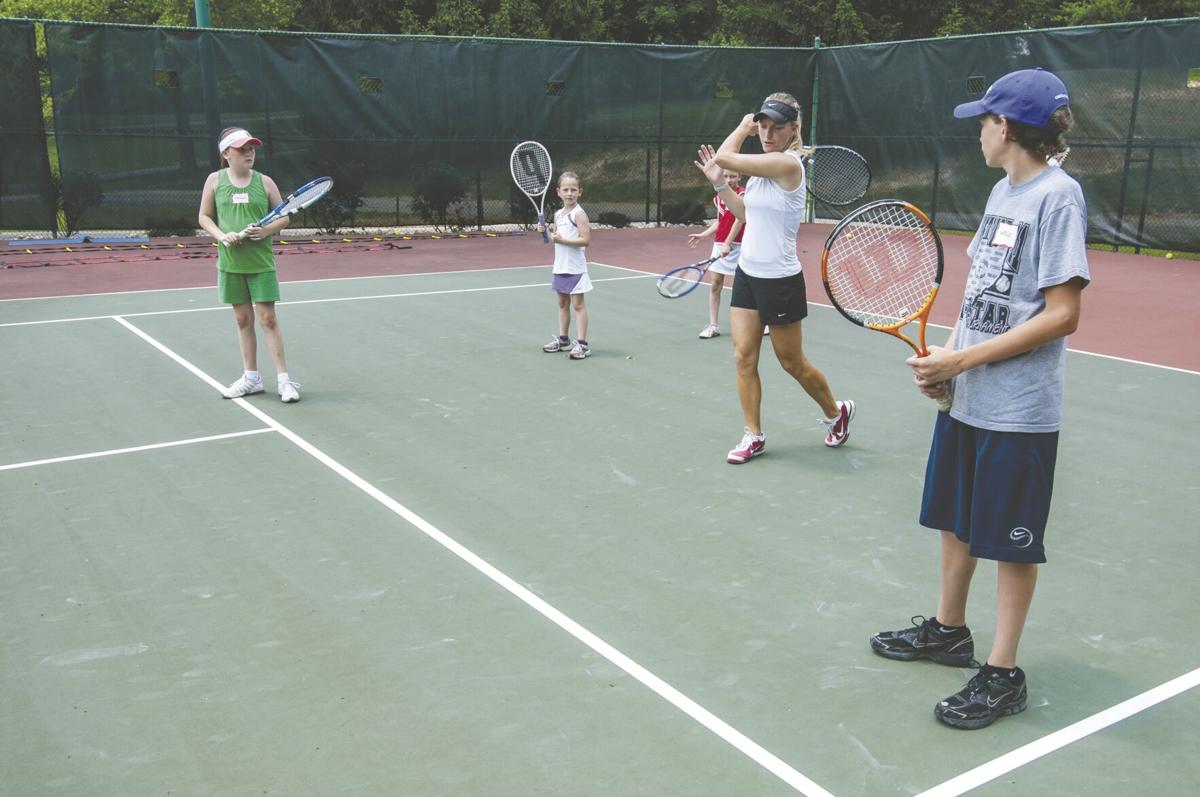 Julie Ditty conducts a tennis class at the Bellefonte Country Club after her retirement from professional tennis on Sept. 9, 2009. 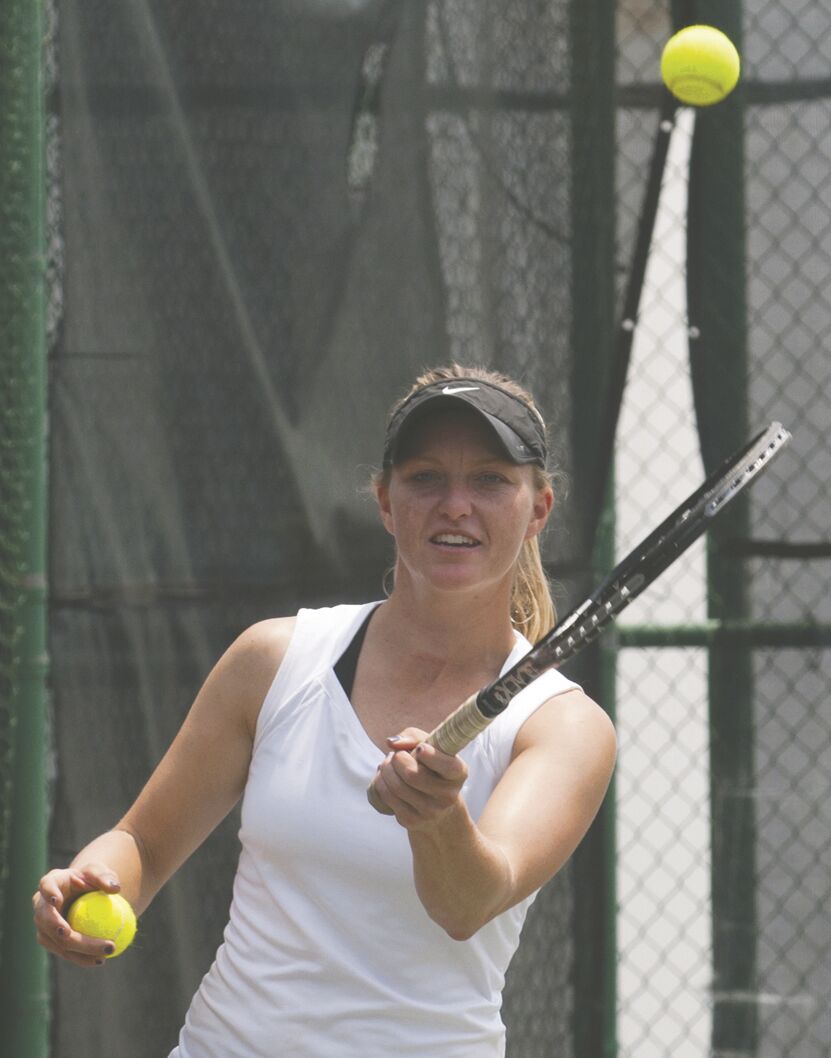 Julie Ditty returns a ball during a tennis class on Sept. 9, 2009, at the Bellefonte Country Club following her retirement from professional tennis.

Julie Ditty conducts a tennis class at the Bellefonte Country Club after her retirement from professional tennis on Sept. 9, 2009.

Julie Ditty returns a ball during a tennis class on Sept. 9, 2009, at the Bellefonte Country Club following her retirement from professional tennis.

Never mind that the breast cancer that she had fought for six years had worsened, ravaged her body and metastasized to Stage IV. Coaching tennis was what Ditty Qualls did, and according to Eddie Sizemore, her own coach at the youth level, she did it remotely up until two days before her death Tuesday night in a Louisville hospital at age 42.

That mindset was at least as beneficial to the game in northeastern Kentucky and beyond as her own expert level of play, area tennis figures said.

“People that aren’t involved in tennis will never really understand how fortunate we were in this area to have somebody like her, to have somebody with her playing level and her expertise and her experience and knowledge,” former Russell coach Larra Ferguson said. “You just don’t have that very often, but then to take all of that and have somebody who has a genuine love for kids that she had ... that is just such a rare commodity and we were beyond blessed to have that around here.”

Ditty Qualls’s coaching and work with junior players was rooted in tremendous success during her own playing career.

She began working with Sizemore in the early 1990s, by which time she was already ranked No. 1 nationally for her age and displayed a work ethic “unlike any student I’ve ever had or any player I’ve ever seen,” Sizemore said.

“I taught her for about a year and a half, Monday through Friday, and I will always remember, she liked for me to stand at the net and her at the baseline, and we just pounded balls,” said Sizemore, at the time the pro at the Ashland Tennis Center. “She would try to hit me in the chest, and she loved it.”

Ditty Qualls won three singles state championships — the first as an eighth-grader at Lexington Christian in 1993, followed by two more at Russell in 1996-97 — in a high school career that began at the age of 7. Ditty Qualls became a three-time All-American at Vanderbilt and led the Commodores to the national team finals in 2001.

As a professional, Ditty Qualls won 38 USTA Pro Circuit championships, 29 of which were doubles crowns. She competed in each of the four major tournaments (Wimbledon, French Open, Australian Open and U.S. Open) and once beat Venus Williams.

All of that, though, was merely an opening act, the prelude to Ditty Qualls’s work of growing and sharing tennis with generations beyond her own.

Some of that has already borne fruit. Ditty Qualls gave private lessons to Ferguson’s daughters, Maci and Mia. Maci was part of two state championship doubles teams with Kierstin Hensley for the Red Devils in 2014 and ‘16 — with Ditty Qualls in attendance for the first one.

Mia Ferguson was the All-Area Player of the Year this past spring as a senior and named All-State.

Maci Ferguson and Hensley’s state titles were Russell’s first since Ditty Qualls went back-to-back in singles as a junior and senior 17 years earlier.

“It was an honor to be able to do that,” Larra Ferguson said, “just because they had set such a high bar and had such a level of playing competitively in tennis that it had been several years since we’d had anything like that around here.”

Ditty Qualls put on a free tennis clinic at the Ashland Tennis Center in 2019 that drew about 150 kids, Larra Ferguson said.

That may yet be the greatest measure of her impact on tennis, Sizemore said.

“She’s introduced the game to so many kids the last few summers through her free clinics that there’s no telling which one of those kids will become champions or how much tennis is gonna do for them down the road,” said Sizemore, now Ashland’s coach. “What an ambassador for the game and for sports and a healthy lifestyle. Having said all that, she’s a better person than a tennis player or a coach.”