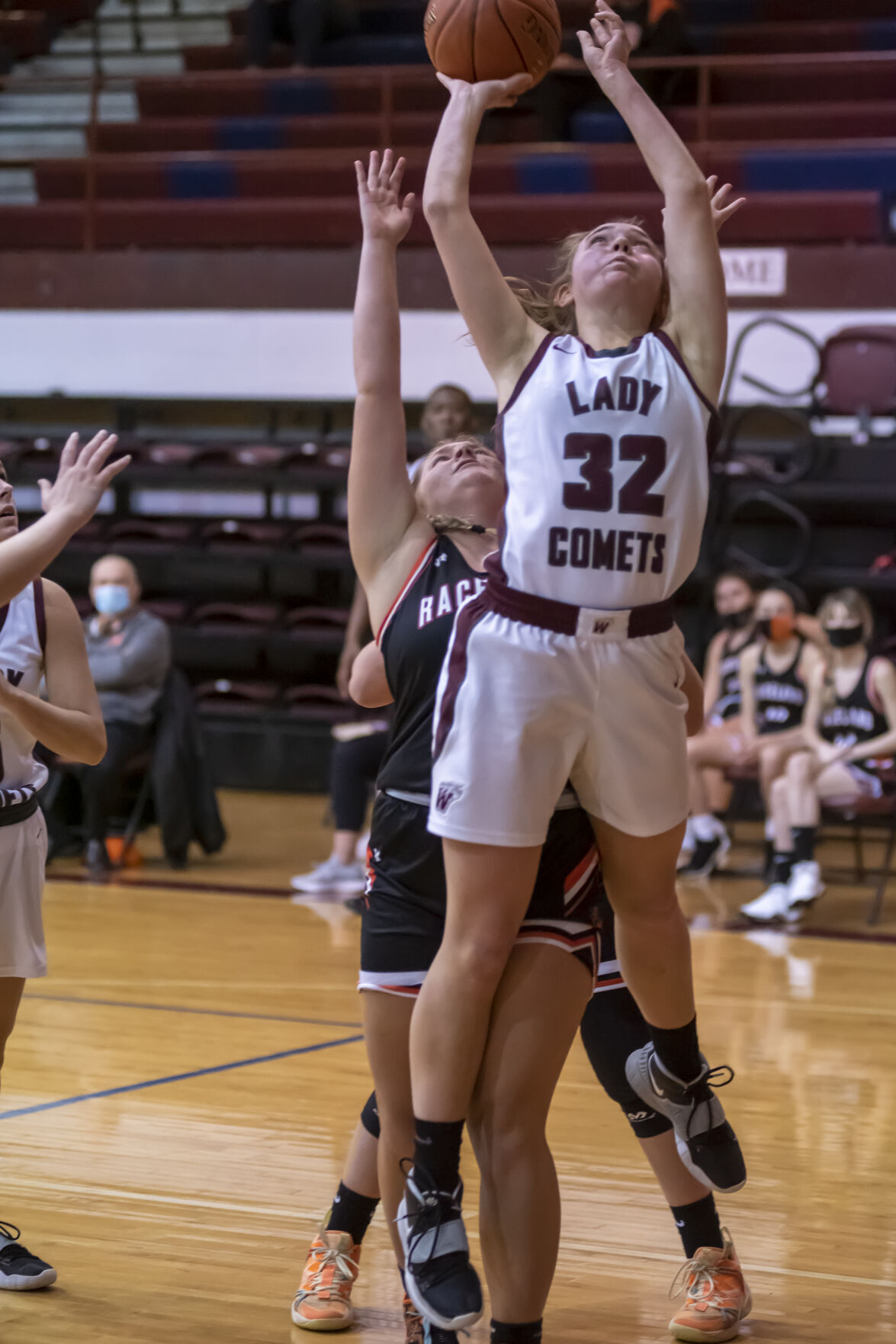 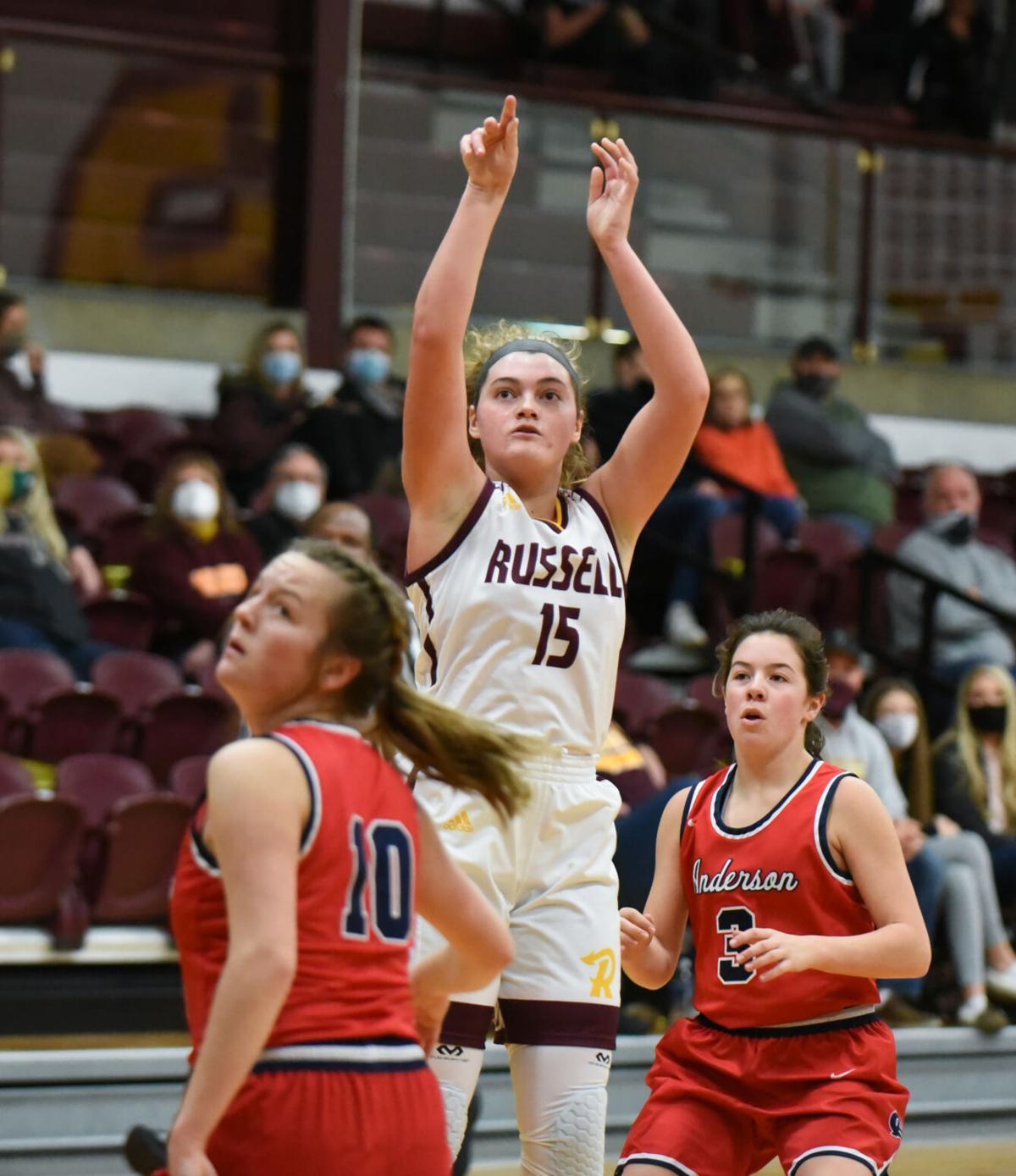 Kaeli Ross of Russell puts up a shot against Anderson County on Saturday evening at Russell. MARTY CONLEY/ FOR THE DAILY INDEPENDENT 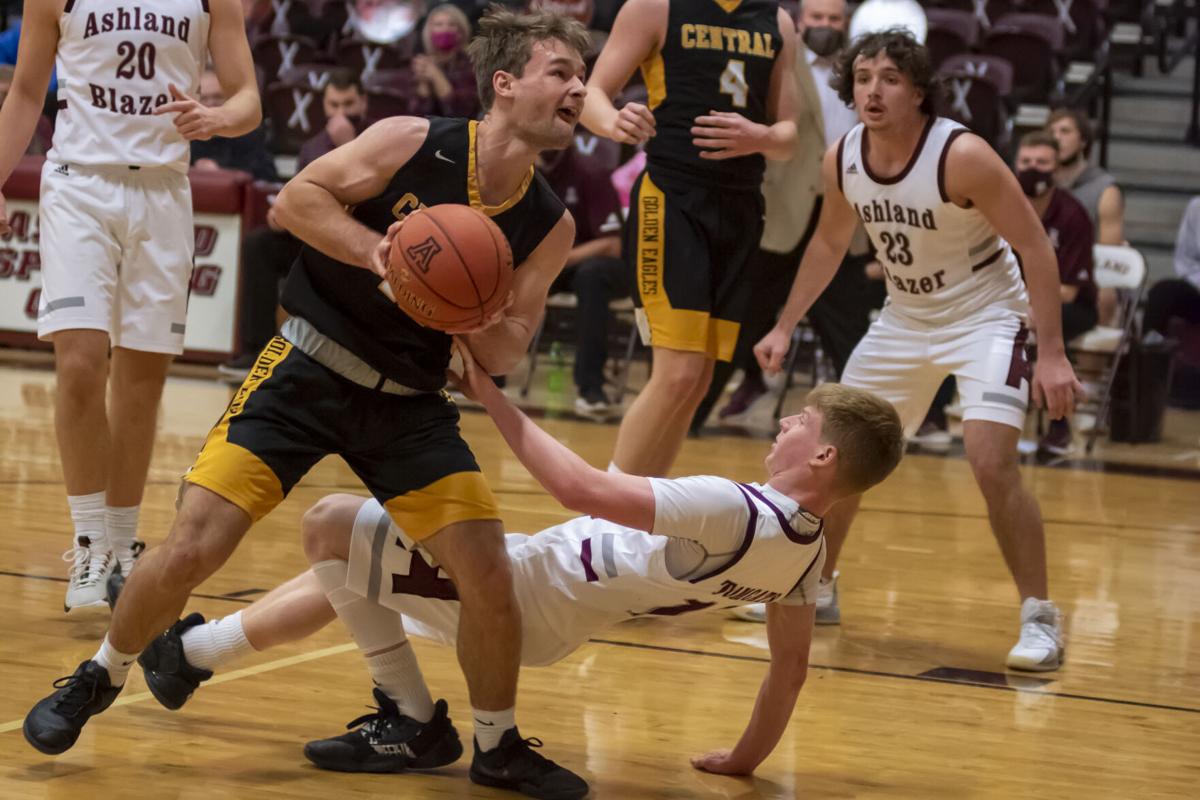 Kaeli Ross of Russell puts up a shot against Anderson County on Saturday evening at Russell. MARTY CONLEY/ FOR THE DAILY INDEPENDENT

Halley’s Comet is visible from Earth every 75 years or so.

West Carter Comet and Lady Comet sightings in the All “A” Classic state tournament aren’t nearly so rare. Weather, road conditions and coronavirus permitting, the West Carter girls will play in the small-school state round of 16 for the 11th time on Wednesday, while the Comets boys will make their fourth appearance (all in the last 11 years).

But that’s not so many trips that they aren’t worth savoring. So, even if swaths of Carter County (and northeastern Kentucky at large) remained without electricity or viable cell service as of this writing on Saturday night, and even if adding unexpected games on Wednesday and maybe beyond further muddies the mess that has been scheduling this season, and even if the stage is John “Hop” Brown Court instead of McBrayer Arena, the Comets won’t likely complain.

It’s still the All “A,” even if a little different than usual. The event was canceled outright Tuesday, then resurrected Thursday under a sectional format that has West Carter’s girls hosting Bishop Brossart and the Comets boys entertaining Robertson County on Wednesday night.

And the Comets and their fellow small-school participants still have a shot at playing at Eastern Kentucky. The boys and girls semifinals are scheduled for March 5 in Richmond, followed by the title games the next day.

Even if it took longer for the powers that be at the All “A” to halt play Tuesday morning than we would call prudent, given the inhospitable weather that was well underway that has battered this area, kudos are due to the tournament’s Board of Directors, participating schools and EKU for figuring out a way to make the event happen.

It’s yet another example of ingenuity, flexibility and persistence in a year that requires those traits unlike any other in recent memory.

• No northeastern Kentucky teams played from Monday through Thursday as ice and snow blanketed the area. Johnson Central’s boys got things going again Friday night with an 85-70 victory over Breathitt County.

That’s the first time no area teams played for four consecutive days in the regular season since Feb. 15-19, 2015, when inclement weather was also the culprit.

No girls teams played for five consecutive days this week, and no 16th Region teams — boys or girls — competed for five days in a row. Raceland’s girls ended both pauses with a 69-22 matinee defeat of Fairview on Saturday.

• Johnson Central is off to the best start of any boys team in northeastern Kentucky (who have played more than three games), improving to 13-1 on Saturday.

The Golden Eagles, whose only loss is a 67-59 setback to Ashland on Jan. 11, earned two quality wins on back-to-back nights to get to that total. Johnson Central knocked off Breathitt County (12-2 at the time) 85-70 on Friday night, then topped frequent region final opponent Pikeville, 74-69, on Saturday.

The Golden Eagles haven’t practiced with their full team since Feb. 8 and haven’t practiced in Paul R. Setser Fieldhouse since Jan. 15, coach Tommy McKenzie said. That hasn’t stopped Johnson Central from what’s believed to be its best start in school history through 14 games.

• Russell’s boys put themselves comfortably in the driver’s seat for the top seed in the 63rd District with a 61-56 victory at Raceland on Saturday.

The Red Devils trailed by nine points and the Rams had the ball at one point in the third quarter before Russell closed with a crush to stay undefeated in seeding play.

The Red Devils (4-0 in district seeding) need only one Raceland (2-1) loss in seeding play to clinch the top seed. They could still finish tied with Lewis County (1-2), but Russell would hold the tiebreaker, having beaten the Lions, 55-46, on Jan. 16.

Raceland can still claim the top seed, but must get all three of its remaining district seeding games in, win all of them and hope the Red Devils play both of their remaining seeding games and lose them both, because Russell would come out on top in any tie scenario (more on district tiebreakers momentarily).

• The 61st District has only gotten one girls seeding game in so far this season: Fleming County’s 58-40 victory at Rowan County on Jan. 22.

And 62nd District boys seeding is only two games in: Morgan County’s 37-34 win over Elliott County on Jan. 12 and East Carter’s 59-37 defeat of the Cougars two nights later.

• The lack of seeding games completed is a more pressing issue in some districts than others. The 61st, 64th and 58th Districts are only counting one game between each opponent toward seeding, while the 62nd, 63rd and 57th aim to play and count all six, confirmed at least one coach from each district.

If they are unable to do so, the KHSAA has designated the first meeting between each team as the tiebreaker, confirmed spokesman Joe Angolia.

• Russell’s girls clinched the top seed in the 63rd District with a 59-25 victory over Lewis County on Sunday afternoon. It was the Lady Devils’ 42nd consecutive win against district opponents.

• Ashland’s boys would clinch the top seed in the 64th District with a win at Fairview next Sunday. An Eagles victory would create a three-way tie with Boyd County at 2-1, because the Lions beat Fairview on Jan. 5 and Ashland topped Boyd County four nights later.

• Betsy Layne’s boys topped Lawrence County, 80-65, on Saturday to claim the top seed in the 58th District. So the Bulldogs will meet Prestonsburg in the district tournament semifinals in a rematch of last year’s district final won by Lawrence County.

The Bulldogs and the Blackcats are scheduled to play Tuesday in Louisa for the first time this season. That game will determine the No. 2 and 3 seeds and laundry for their tournament encounter.

• Lawrence County’s girls have clinched the No. 2 seed in the 58th District. The Lady Bulldogs went 2-1 in seeding games, beating Betsy Layne and Prestonsburg and falling to Floyd Central in overtime, 67-59, on Jan. 29 in Langley in the game that determined the top seed.

Lawrence County is 2-0 this season against Betsy Layne, which will be its district semifinal opponent. The Lady Bulldogs topped the Ladycats, 69-45, on Saturday in Stanville and 86-70 15 days earlier in Louisa.