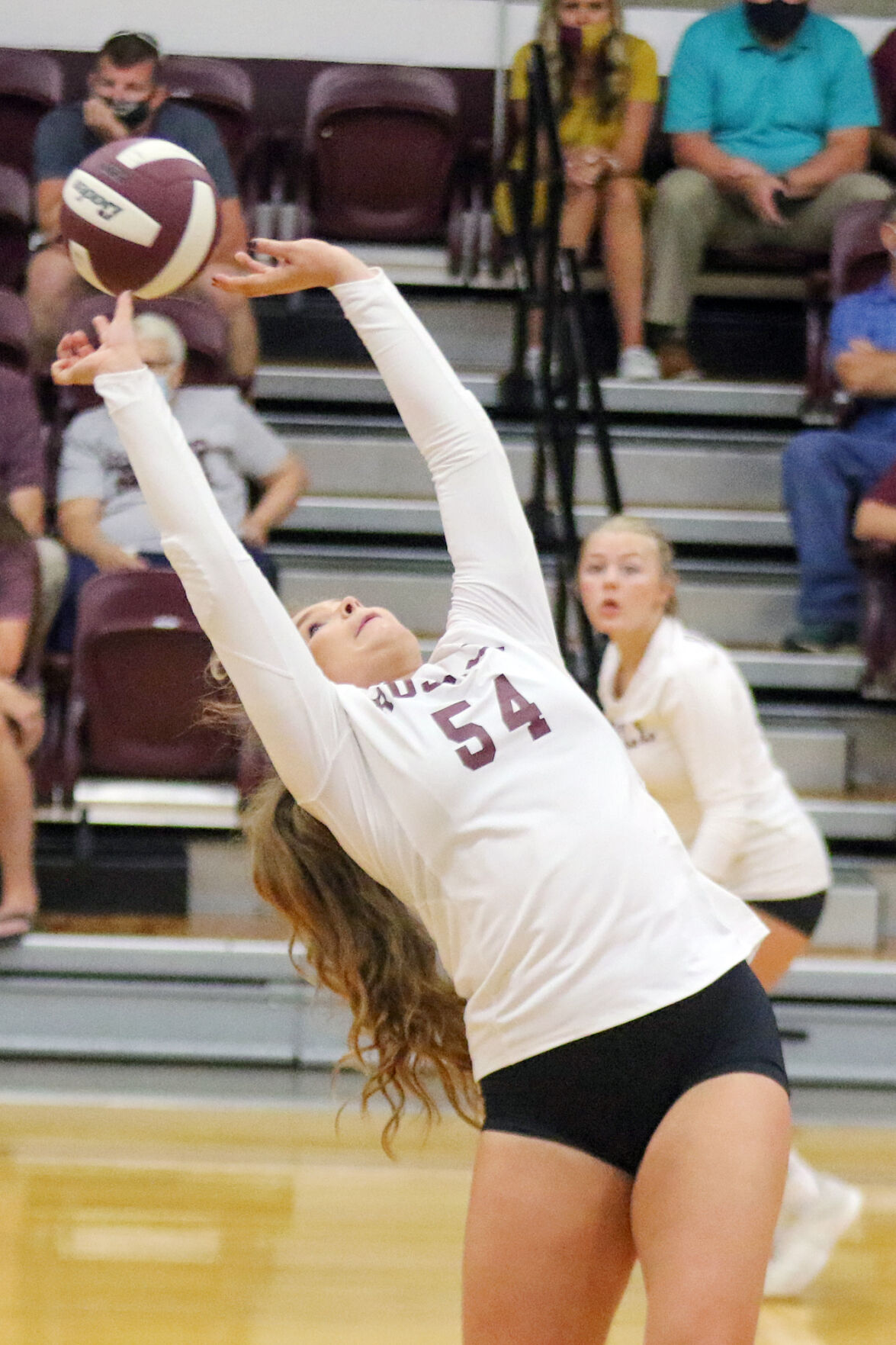 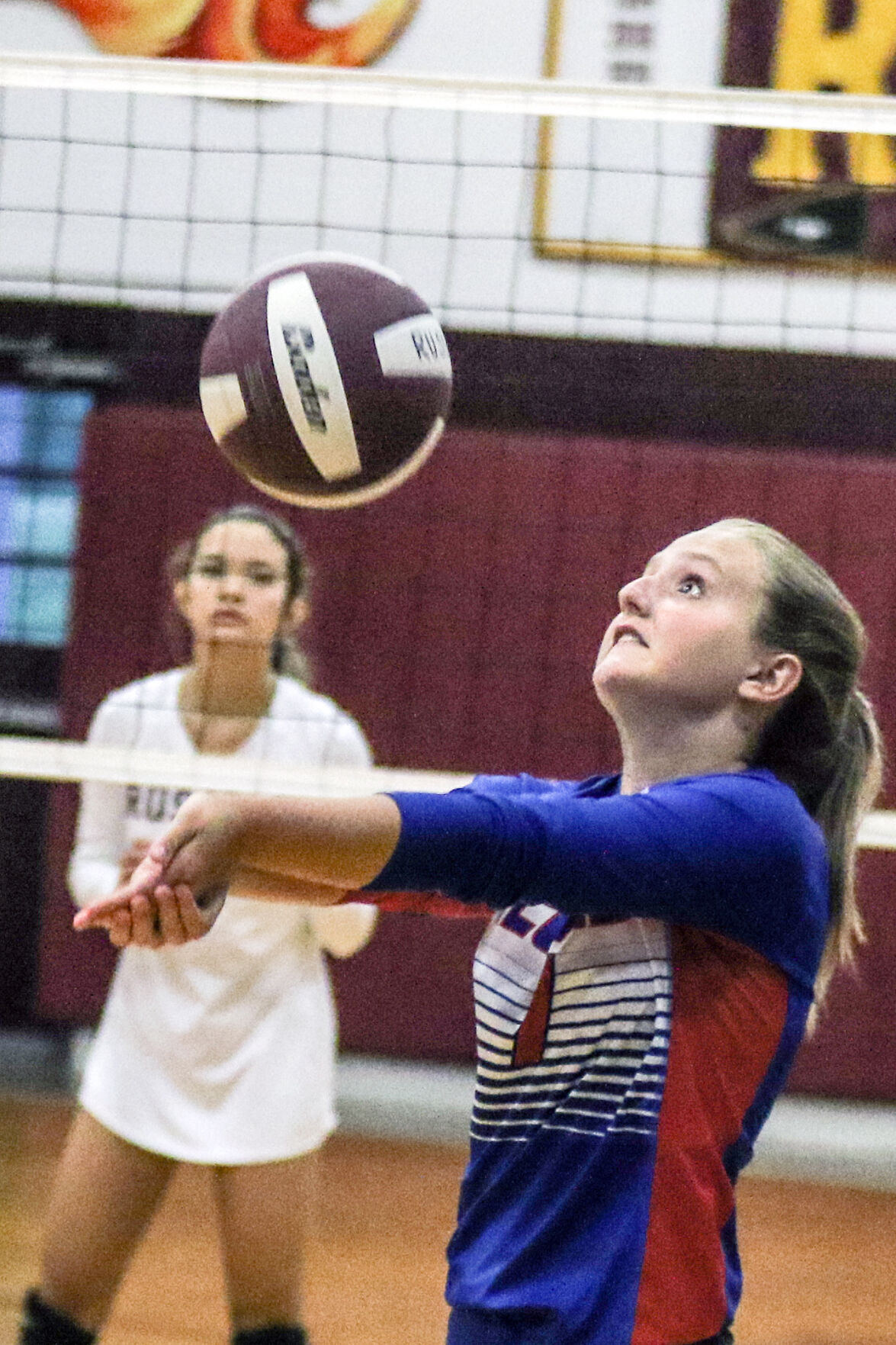 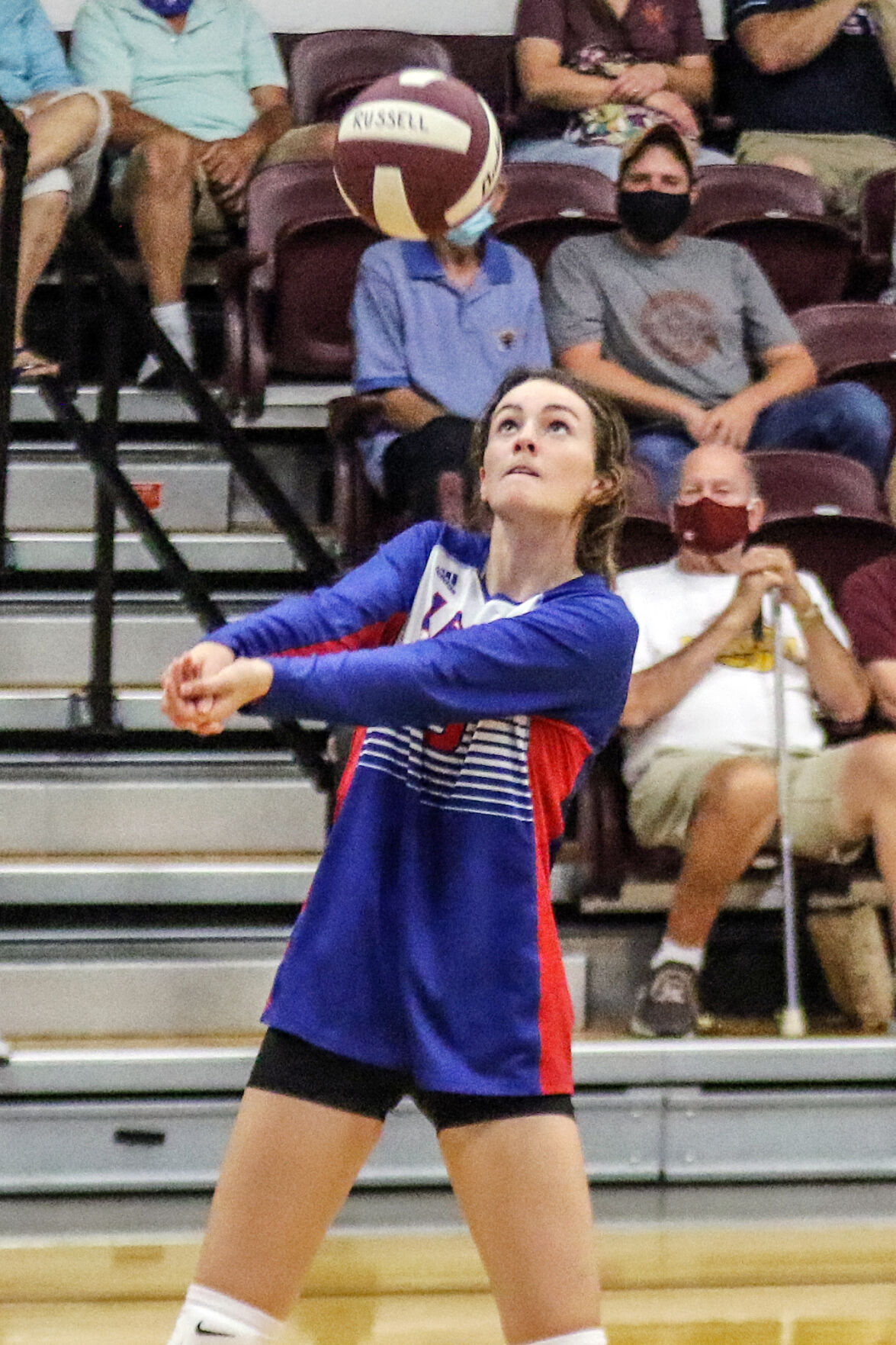 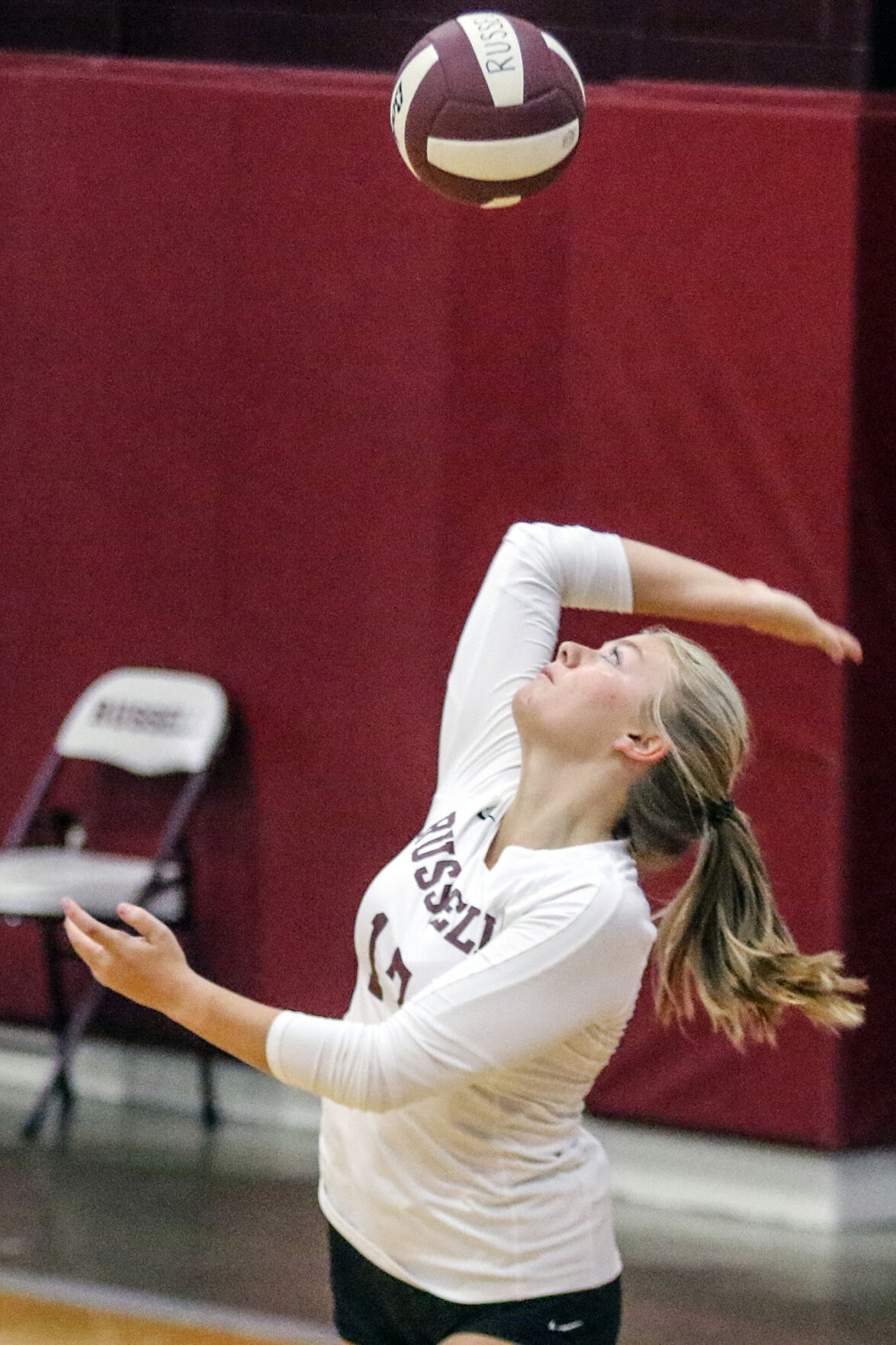 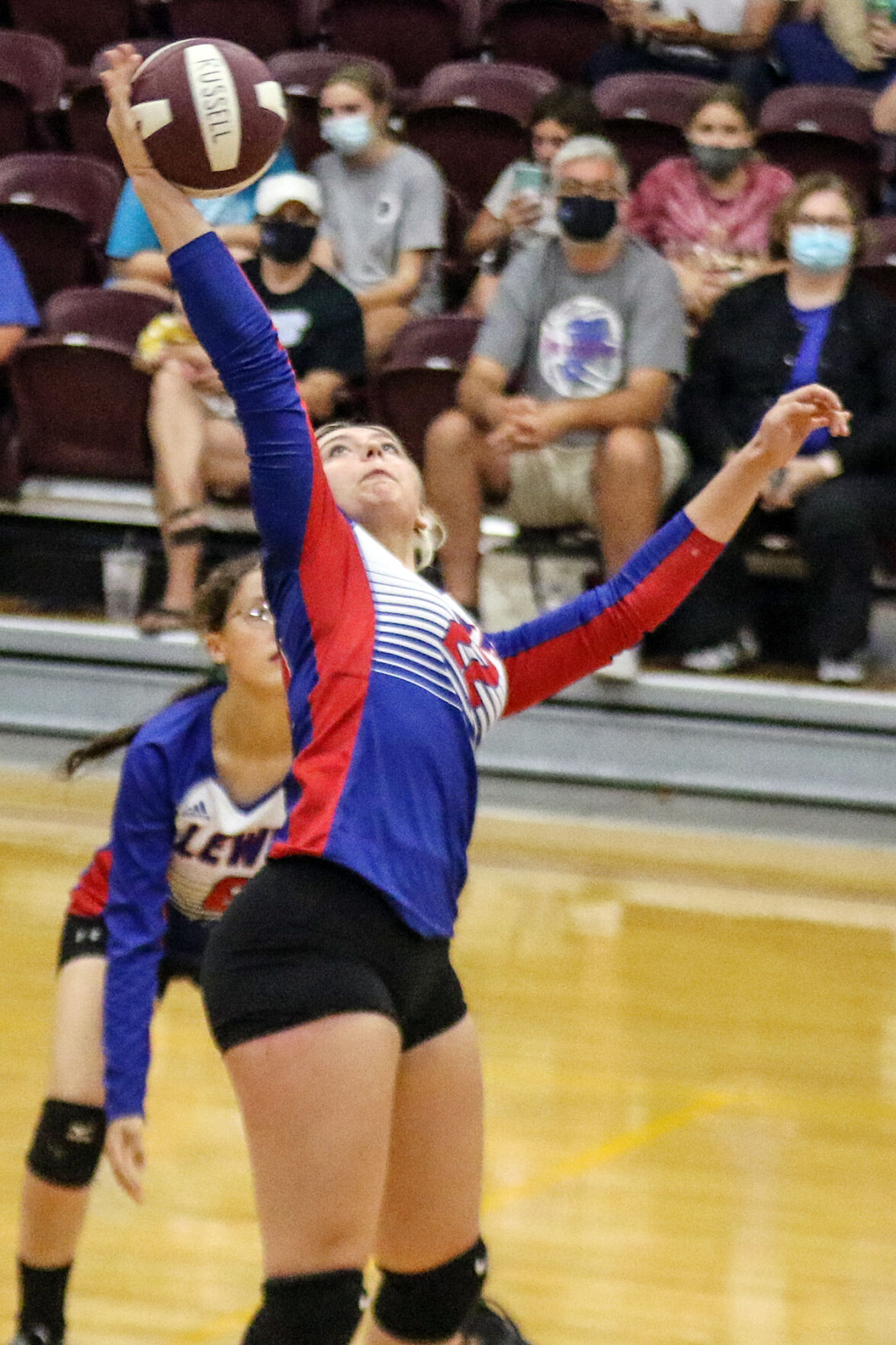 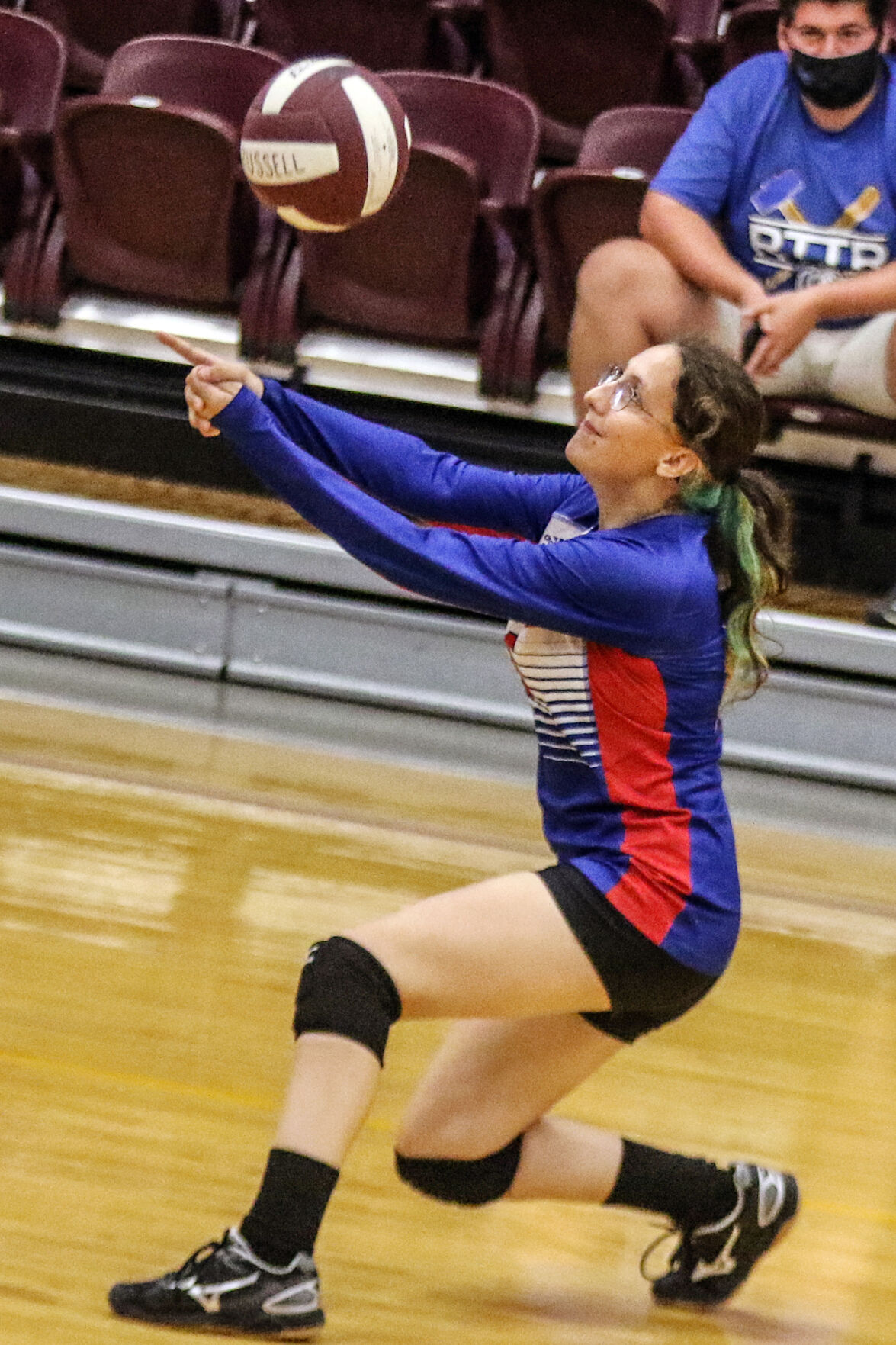 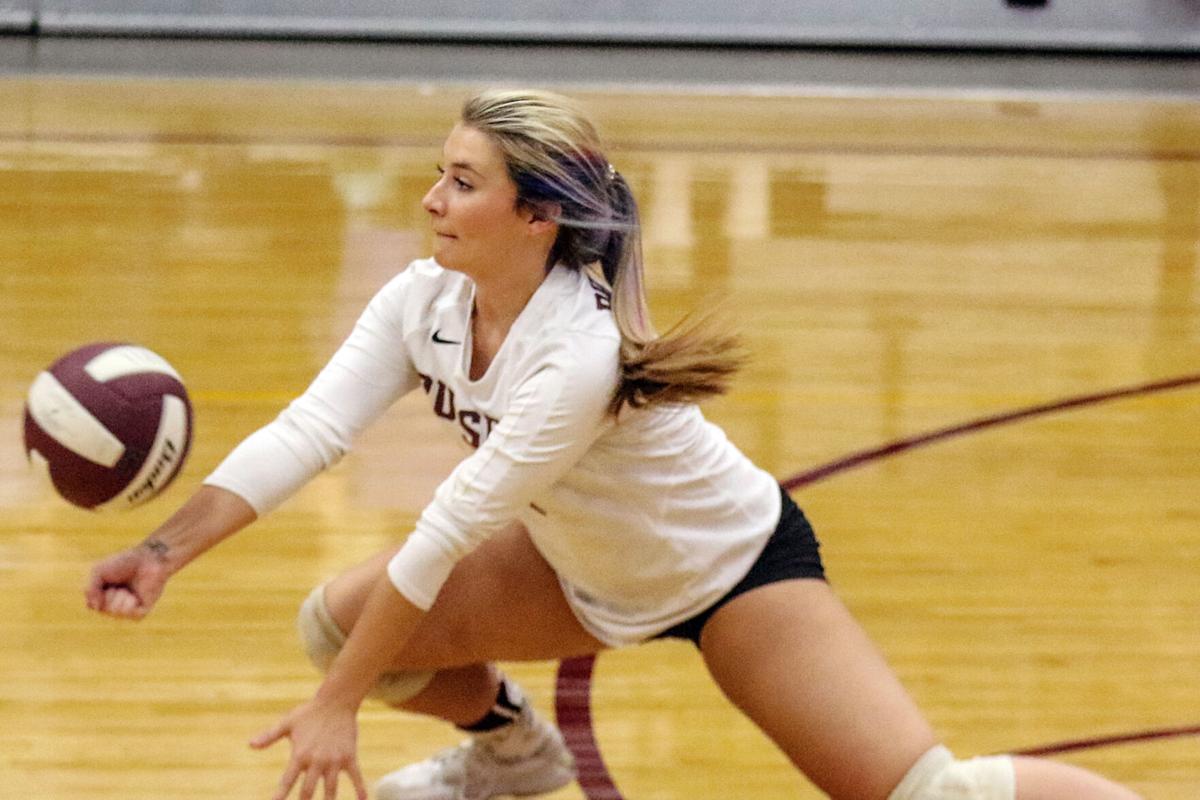 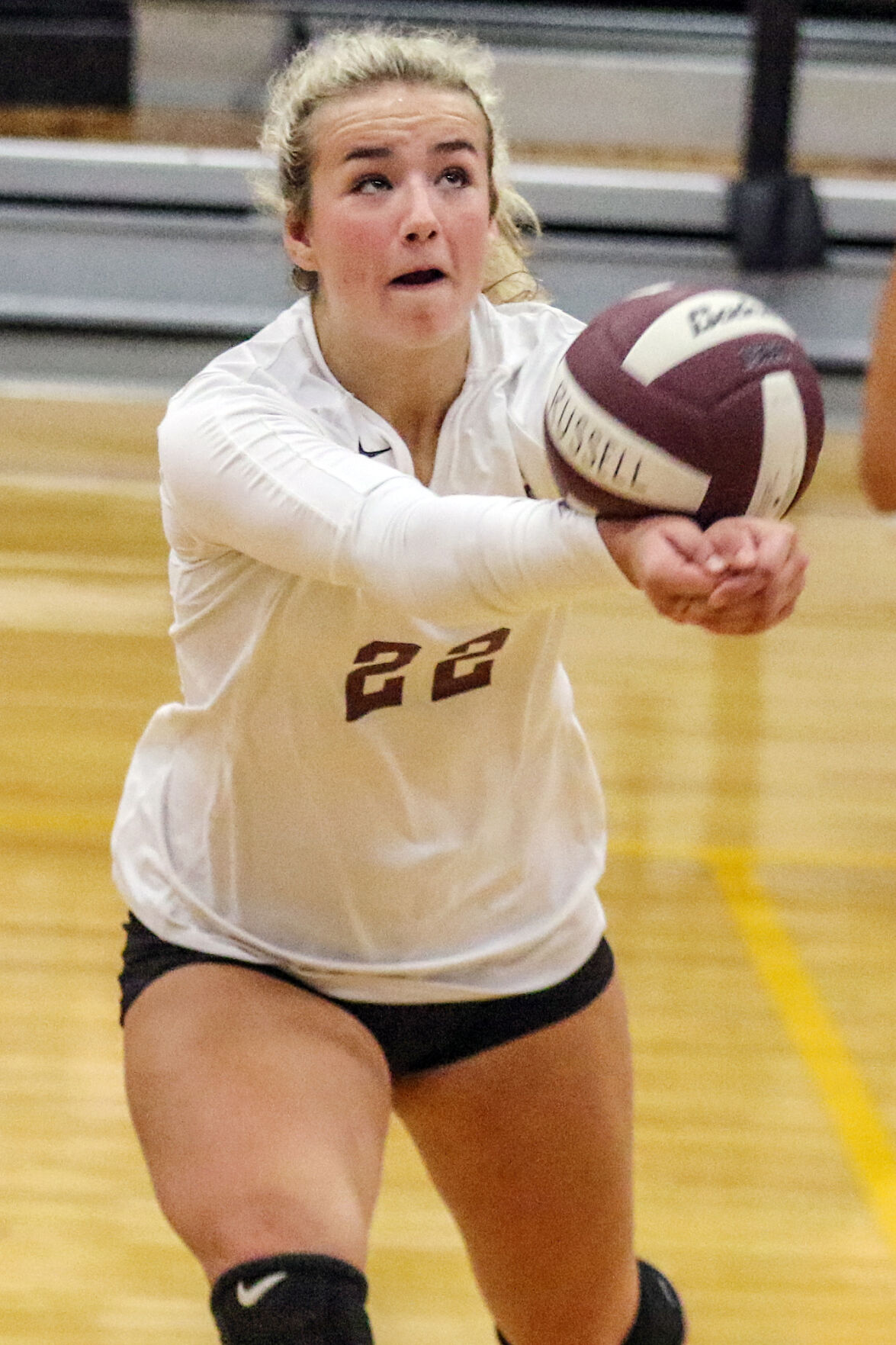 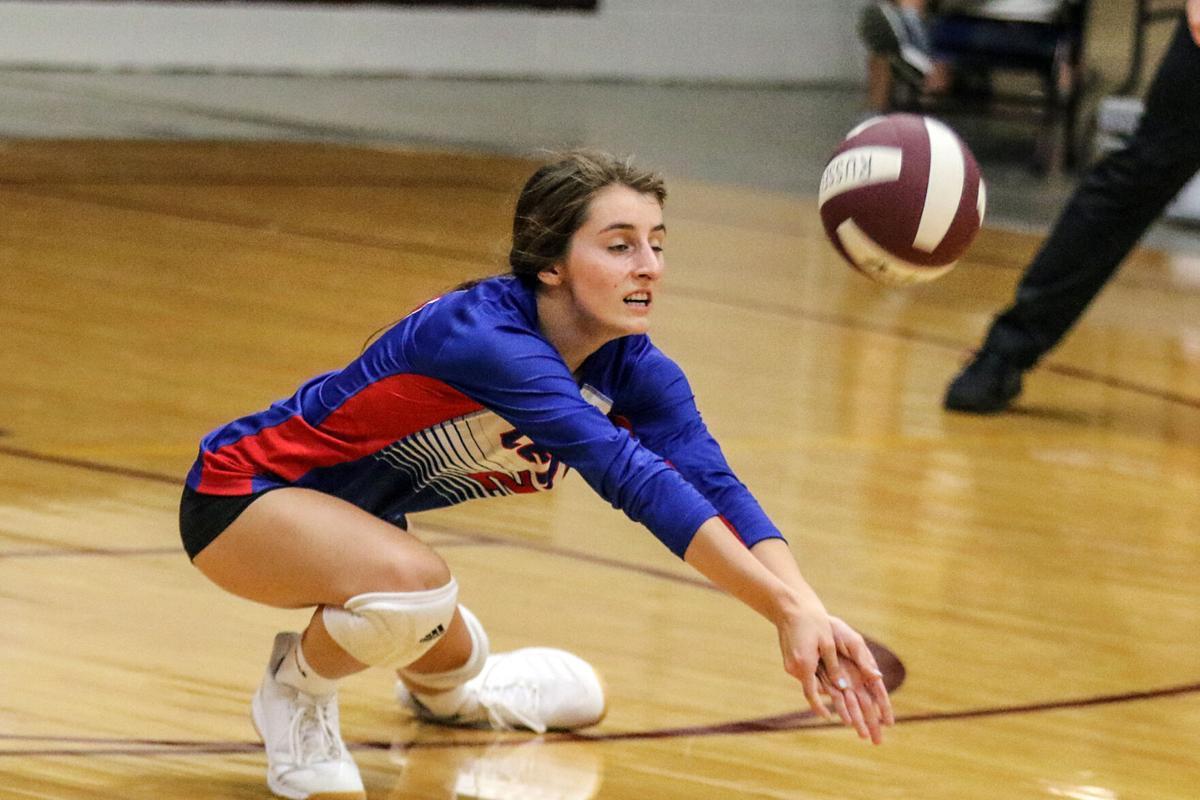 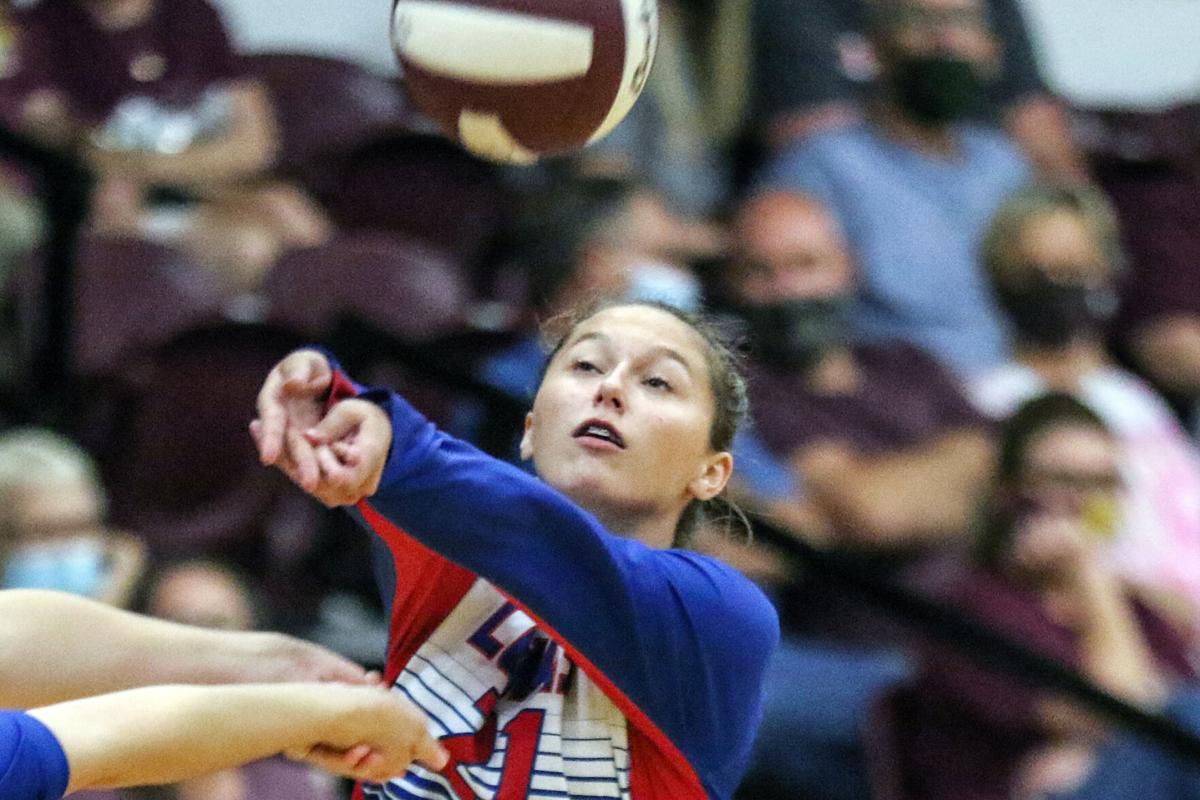 Russell is still playing without a full roster, and the team is finding contributors all over the court.

“It feels good, especially with it being district games,” Russell coach Kacie Christian-Mullins said. “Our girls are having to step into roles that we haven’t practiced at all. I am very proud of the way they are meshing on the floor. They are playing as a team and are enjoying the game.”

Russell faced a shaky series of points beyond the service line in the opening set. The Red Devils recorded four service errors in Set 1, but had just three the rest of the way in a 3-0 (25-17, 25-13, 25-11) win over Lewis County at Marvin Meredith Gym on Thursday night.

“I think I screamed, ‘Can anybody serve?,’” Christian-Mullins quipped with a grin, “because it’s so frustrating. I see these girls at practice, and they work so hard on their serves. They really bring the heat, and they work on short serves. Our best servers were the ones who could not put it in.

“It got much better in the second and third set,” she added. “I told them I was proud of how it ended up. Once again, it was the young girls who stepped up. Kaylie Conley, Rylee Burton and Josie Collins came in and served really good balls.”

The opening set remained close until Russell surged ahead with the final seven points of the frame after the Lions shrunk the gap to 18-17.

Lewis County coach Whitney Willis has seen her team play several competitive sets early in the season. She wants to her team to be more aggressive up front and not send over so many free balls.

“I think we struggle to put down aggressive hits,” Willis said. “It is something that we have really been working on. We rally far too long. I have talked to the team before and said the longer you rally, the more opportunity for the mistakes to happen.”

The Lions have already played three 63rd District matches. Lewis County (1-4) did not come out on top, but Willis appreciates that her club has been tested early in the campaign.

“The good thing about playing Russell is that we get to learn,” Willis said. “They are a great team, and they do things very well. It was really good for us to see tonight. We played Raceland and Greenup County really tight. The thing that I have noticed is we are all evenly matched. It will be an exciting district tournament.”

Russell (2-0) picked up where it left off in the second set. The Red Devils tallied 14 of the first 17 points on the scoreboard and produced a 9-1 burst to claim a 17-4 advantage.

Lewis County closed the margin, but an emphatic kill from senior Sadie Hill closed the second stanza for Russell.

Hill led her team with 13 kills in unofficial statistics. She also dished out nine assists.

Russell has developed chemistry with its new personnel, but the duo of Torie Hester and Hill gives Christian-Mullins several offensive options. Both possess passing ability and can put the ball down.

“We have worked with Torie on setting,” Christian-Mullins said. “Sadie takes Torie outside of the gym and tries to work on setting with her. They are doing a great job and mesh well on the court. They don’t really have a choice. It’s something we have to deal with right now (with players out).”

Russell closed the final set with a 9-0 run to secure the sweep.