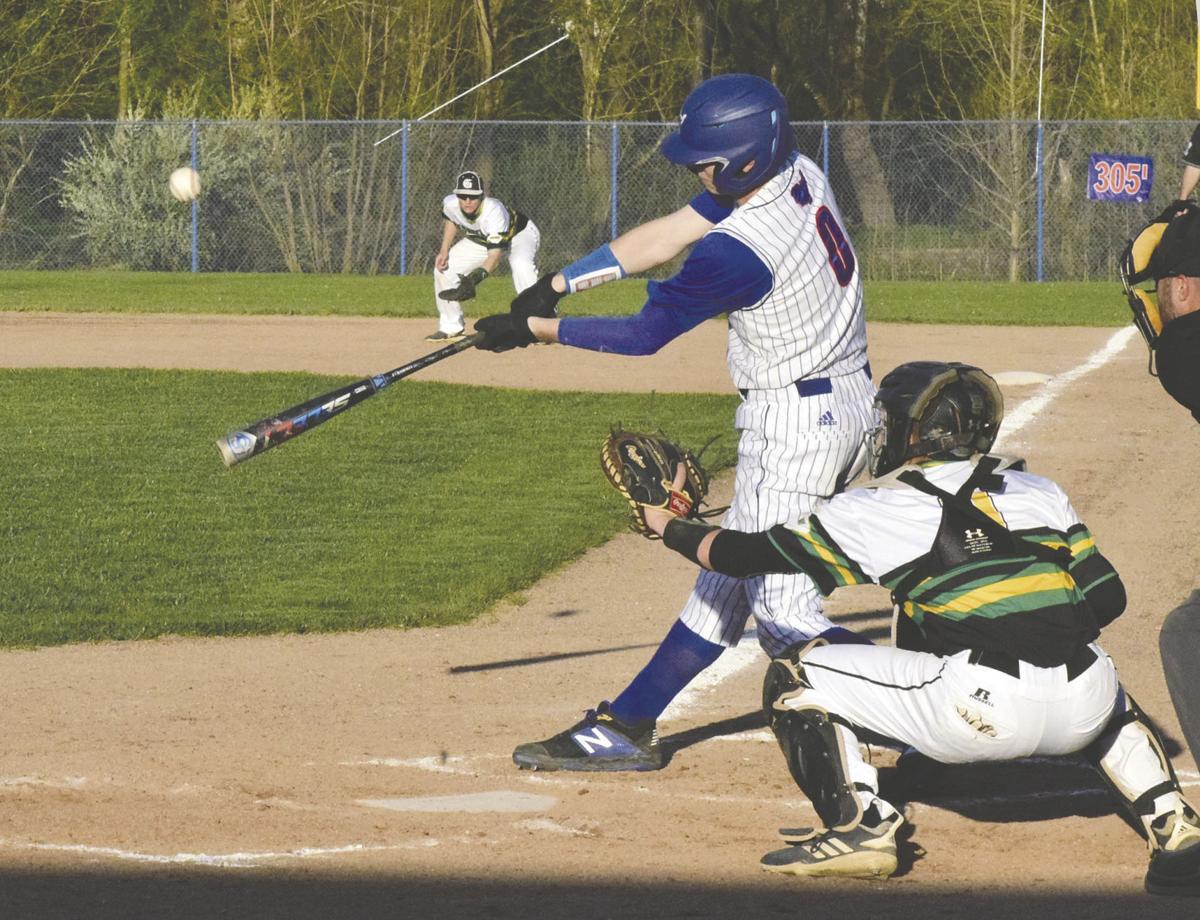 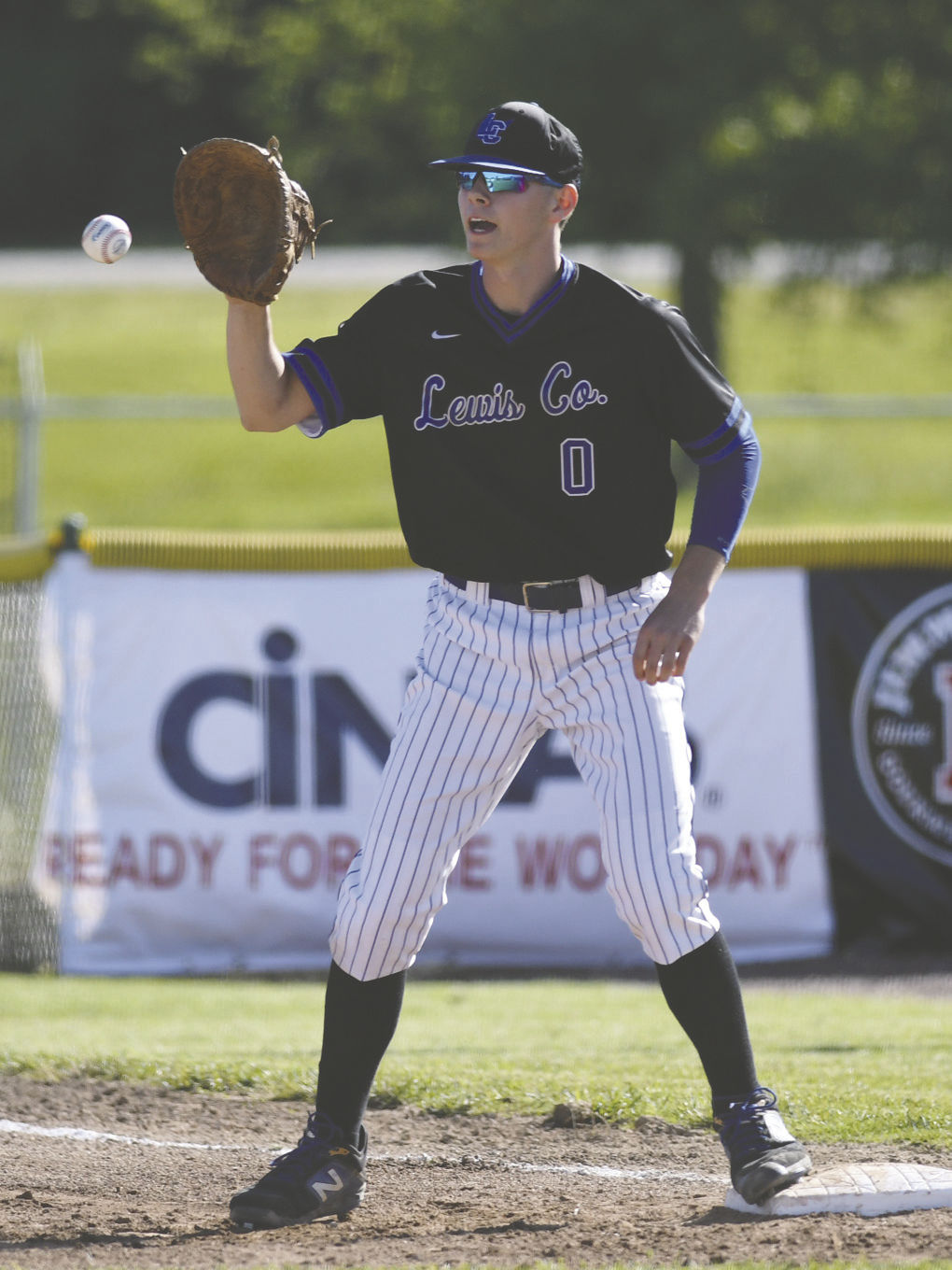 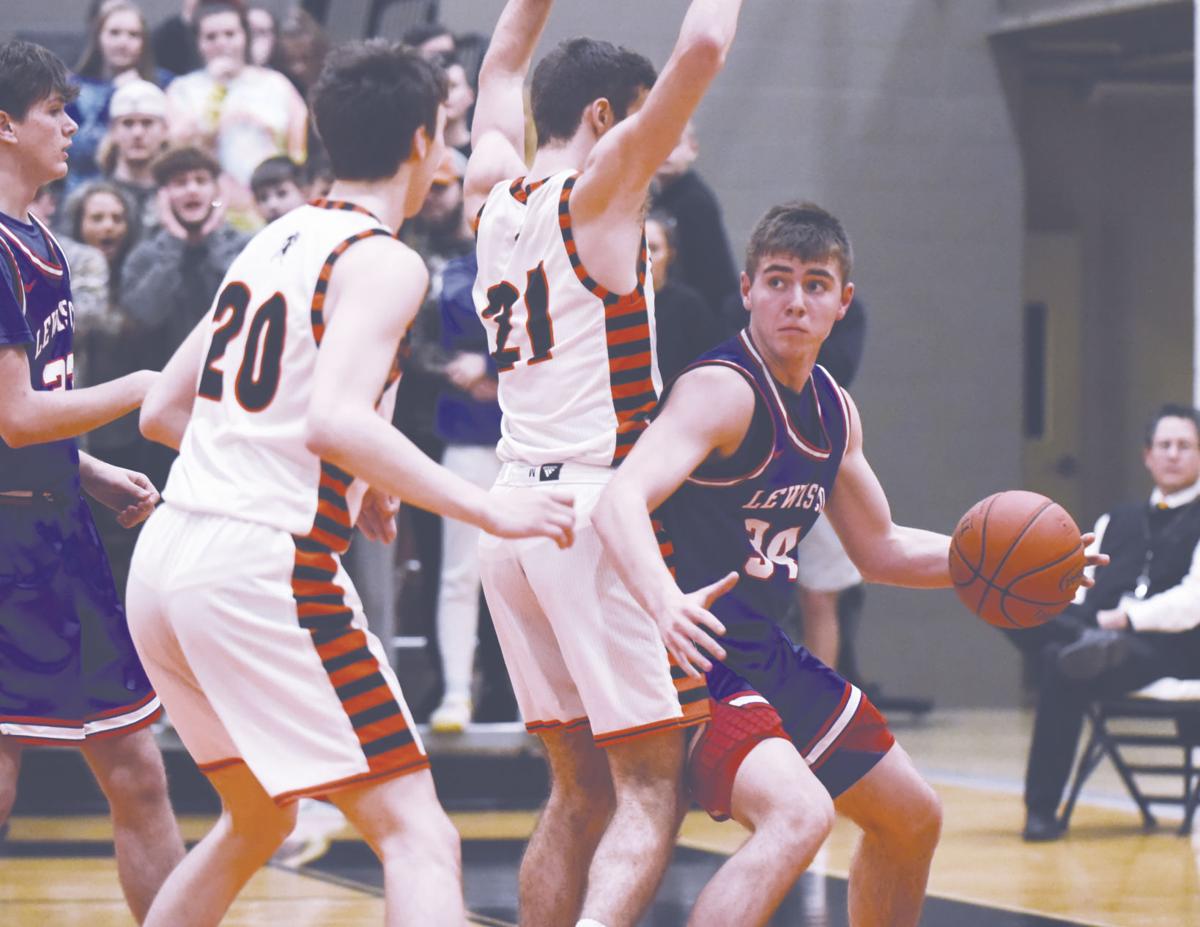 Lewis County's Sam O'Keefe looks for help in the lane against the defense of Raceland's Austin Cumpton and Justin Stephens on Feb. 10. 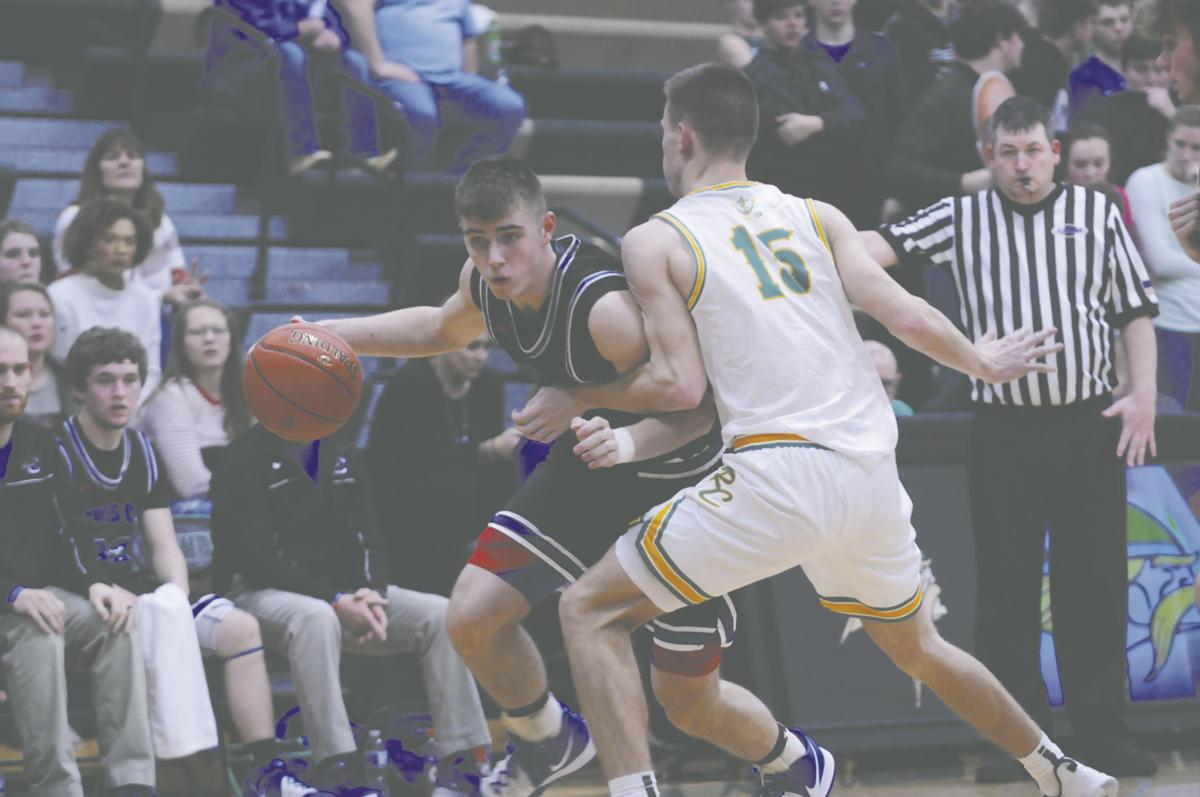 Lewis County's Sam O'Keefe looks for help in the lane against the defense of Raceland's Austin Cumpton and Justin Stephens on Feb. 10.

On April 9, Sam O’Keefe was honored with a Kentucky-Indiana All-Star basketball roster berth.

Less than a week later, the dual-sport star announced an intention to chase a different roundball — the horsehide — in college.

How did the player upon whom was bestowed the highest individual honor any Lewis County basketball player has ever received call it a career in that sport to chase his first love?

“It was the toughest decision I’ve ever had to make in my life,” O’Keefe said. “I genuinely love basketball, and I obviously love baseball. I just sat down with (Lewis County boys basketball) coach (Joe) Hampton and my family, and it felt like it was the best decision for me to go play baseball at Pikeville.”

Lions baseball coach Sammy Holder played basketball and baseball at Lewis County too, so he can relate to a desire to do both, though he agreed with a laugh that his decision that baseball was the route for him to follow at Kentucky Wesleyan was “absolutely” easier than O’Keefe’s.

Hampton said after the 16th Region Tournament basketball final, in which the Lions fell to Ashland, that he hoped O’Keefe would consider continuing in that sport, but “I want him to do what he wants to do and will support him 100%.”

That was before O’Keefe had announced his decision. O’Keefe consulted with Hampton and his family and elected to stay on the diamond, though he’d had sparkling numbers in both sports at Lewis County.

O’Keefe batted a team-high .342 and scored 23 runs for the Lions last spring as a junior, and as a solid left-handed pitching complement to ace Seth Wright, he posted a 2.33 earned-run average and recorded 41 punchouts in 36 innings of work.

As a senior, O’Keefe averaged 23.5 points and 10.5 rebounds per hardwood outing in leading the Lions to a region tournament runner-up finish. He was voted 16th Region Player of the Year by the Kentucky Association of Basketball Coaches and was awarded a spot on the Kentucky-Indiana All-Star roster after tryouts were canceled due to the COVID-19 pandemic. No Lion had ever garnered that recognition.

“Dream player to coach,” Hampton said. “I can’t say enough about his approach to the game, what he does on his own, what he does when he’s being instructed by a coach, what he does with his teammates. Everything about him is a class act.”

O’Keefe is far from the first Kentucky-Indiana All-Star to pursue a different sport in college. Franklin County’s Rebecca Cook did so just three years ago, signing with Western Kentucky’s track and field program, and Wayne County’s Trey Blevins signed to golf and play basketball at Tusculum the year before that, said historian J.R. VanHoose. Those are just two of at least eight Kentucky-Indiana All-Stars from the commonwealth who have followed a different collegiate path.

The most famous are likely Terry Shumpert, a 1984 All-Star from Paducah Tilghman who played baseball at Kentucky and went on to see time for seven Major League Baseball teams, and George Fant, who earned a 2011 All-Star roster spot from Warren Central, competed in both basketball and football at Western Kentucky, and is now an offensive lineman for the New York Jets.

What sold O’Keefe on the Bears, he said, was first-year coach Casey Hamilton — the son of Boyd County and West Jessamine legendary coach Jody Hamilton.

“When I was on my visit, he just preached about the winning culture he was gonna create at Pikeville, and that was something I really wanted to be a part of,” O’Keefe said. “He loves to win, and I love to win, and I really think it’s gonna be a good fit.”

Hamilton was an assistant coach at Kentucky Wesleyan when Holder played there from 2015-18.

“(Hamilton) reached out to me and said, ‘I really like the O’Keefe kid,’ and I said, ‘Yeah, I do too,’” Holder said. “I told him (O’Keefe’s) one of the hardest workers Lewis County’s ever produced, and that’s what Casey wants. He wants hard-nosed kids that’s not gonna talk about it but just gonna be about it, put their head down, do well in school, work hard in the weight room, and then it shows out on the baseball field. I think Sam will be perfect for what Casey’s building down at Pikeville, and I’m really excited to see it.”

O’Keefe plans to study chemistry at UPike, he said.