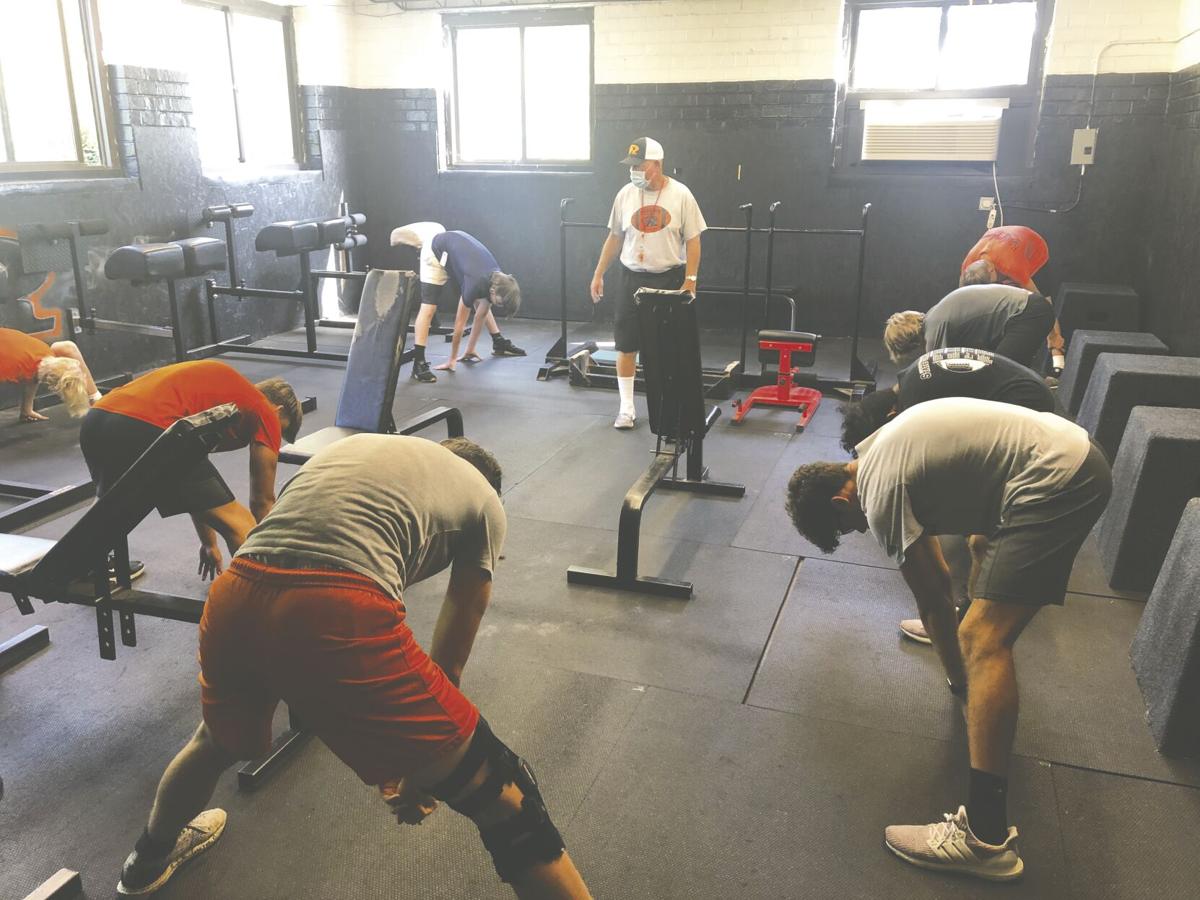 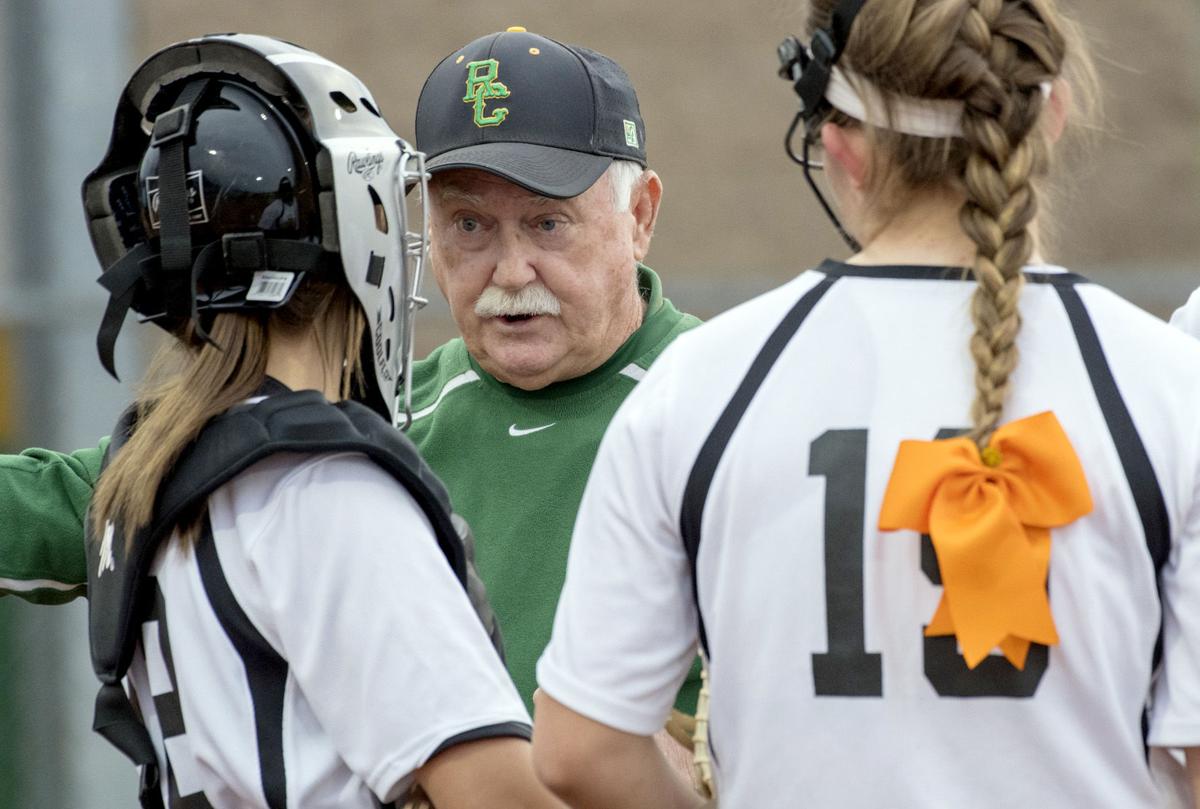 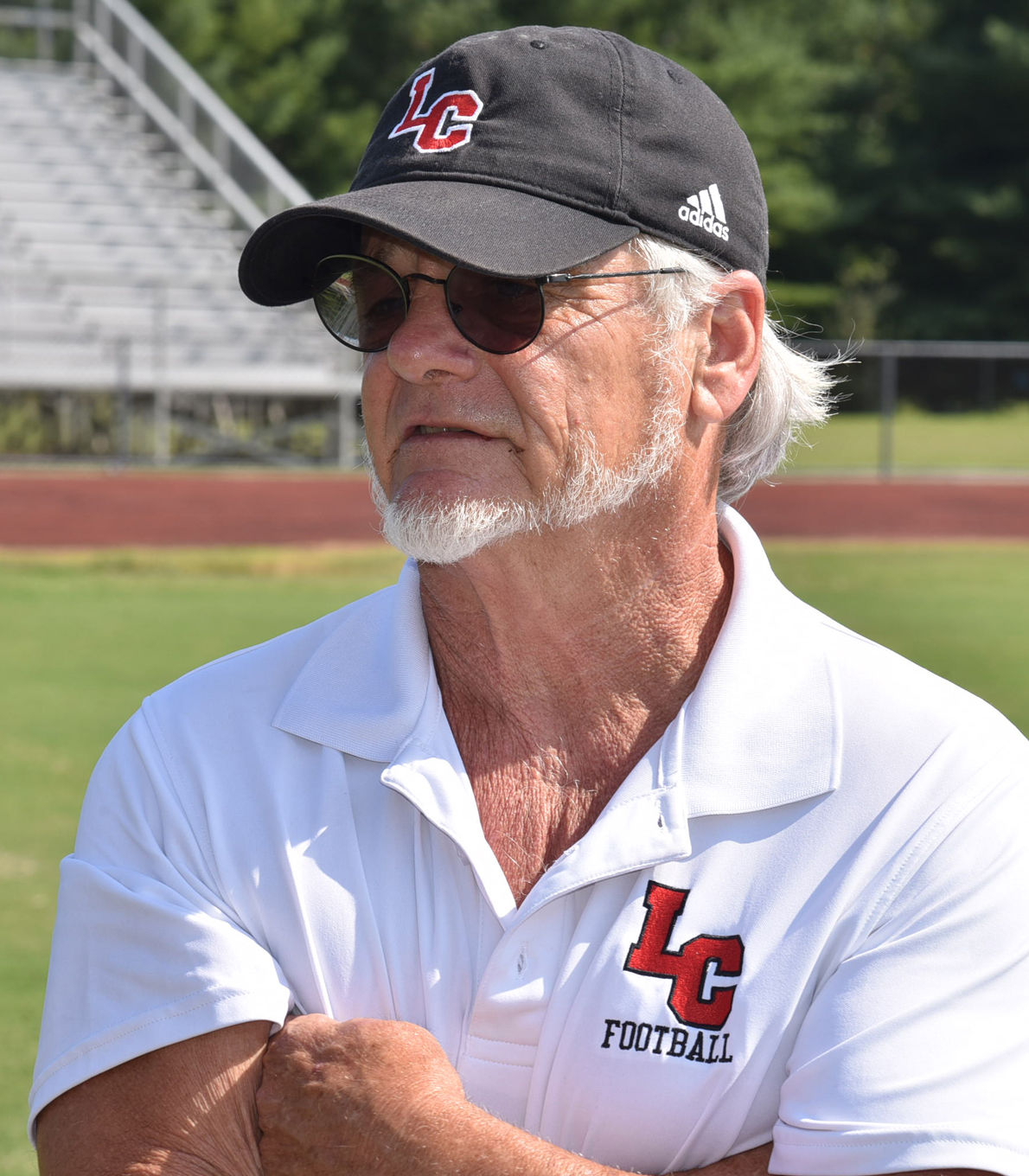 RACELAND Mark Lewis acknowledged what the Centers for Disease Control and Prevention calls his “at-risk” status with a wry grin.

“He’s not fazed,” Rams coach Michael Salmons said of Lewis. “You almost gotta look out for him more than he looks out for himself. ... I tell people all the time, coach Lewis’s vice in life is coaching football. So when he’s here, this is where he is comfortable.”

“Vulnerable? I’m not vulnerable,” Lawrence County’s football defensive coordinator said, adding with a laugh, “I was hoping the vulnerable one would be the opposition and not each other.”

“Vulnerable,” though, is the terminology used by the CDC and included in KHSAA COVID-19 guidance to describe people aged 65 or older and/or with certain health conditions or compromised immune systems.

Lewis, Reeves and Slone have dedicated their professional lives to their respective sports and their athletes, so though the KHSAA said in May that “vulnerable individuals should not supervise or participate in any workouts,” that has proven a tough sell.

“It does pull at me,” Slone said of navigating coaching through the pandemic, “because I am gonna come across a lot of opportunities, probably, during the next two months with the possibility of contracting it, and it’s not too appealing.”

Lewis, 68, is diabetic, another characteristic of the CDC’s “vulnerable” label, but Rams players and coaches say he is spry beyond his years.

“He does take pride in taking care of himself and being in good health,” Salmons said. “He’s navigated through that, and I think he’s like a lot of people, itching at the bit to get up and running.”

Lewis is beginning his 48th season coaching high school football. He said he does his best to socially distance, and he wore a mask while leading stretching exercises in Raceland’s old gym’s auxiliary room on Monday morning. But he hasn’t seen the general public observe the same measures, he said, either at home or on vacation in Pigeon Forge, Tennessee.

“I don’t think around here that there’s a whole lot of following the guidelines,” Lewis said with a slight chuckle. “If in our area, the situation was more pronounced, if we were in ground zero like New York, I think it would be taken totally different here. Where you don’t see the negative side of it, it’s hard to take it seriously.

“It’s just like with the mask issue that Gov. (Andy) Beshear put out — nobody took it seriously. ... Until you see King’s Daughters (Medical Center) come out and say, ‘We got no hospital beds, and we have five people dying,’ it would hit home more.”

Reeves, 67, said he has taken a break from social media to “cool it for a while” after he felt his response to current events escalating to the point where he was, tongue-in-cheek, “probably ready to take up arms if anything else happened.”

Reeves added he believes reported COVID-19 danger statistics are inflated and that this crisis will remain at the forefront of society’s thinking until the November elections.

He would prefer not to coach with a mask on because “at my age, I’m gonna try to get all the oxygen I can get because I try to stay pretty active during practice,” he said. But Reeves does plan to boost his immune system as much as possible and sees a simple solution to slowing the virus’s spread.

“The only thing they can do (to catch the virus early) is if they’ve got a daggum fever, right?” Reeves said. “Stay at the house. Don’t come.

“We’re all health-concerned. We wouldn’t want to push anybody to the point (of serious illness or distress). You just have to use common sense about the whole thing.”

“I’ve only got one kid right now that can compete in the tournaments,” Slone said of Vikings freshman Christian Parker, “so traveling with him, there’s plenty of room in the van for that, and when we get there, I can monitor my movement and make sure I stay well away from him while he participates.”

Hosting tournaments, which Rowan County plans to do at Eagle Trace Golf Course on July 31 and Sept. 5, will require more interaction than traveling to events, Slone said. But he has a plan for that too: using coaches and/or volunteers to collect and report players’ scores, and relaying information to participants through their coaches.

Slone is also Rowan County’s softball coach, in which role he missed an entire season in the spring. The KHSAA first suspended 2020 spring sports days before the softball regular season was to begin, and then canceled them altogether.

Slone plans to coach in an East-West All-Star softball event at Woodford County on Tuesday. He said softball “worries me a lot more than golf.”

“I’m kinda curious to do it,” Slone said of Tuesday’s festivities, “just to see if we can maneuver and make sure we have our spacing. If it looks like it’s gonna get really complicated this spring, I’m not sure what I’m gonna do, because it is dangerous.”

Slone and Lewis both expressed excitement to get back to sports after that long layoff.

“I think after (players) have had nothing there for those two or three months we were off, just to get back together has been real important for us, just to touch base with everybody,” Lewis said. “We’ve got our helmets laid out in there, and we’re looking forward to the day we can get to what actual football is, if we get to do that.”

Reeves is similarly ready to get back after it.

“I’m just gonna go with what I feel in my gut,” he said. “And I tell you what, even if it costs me my life, it’s not gonna take away my passion for the game.”