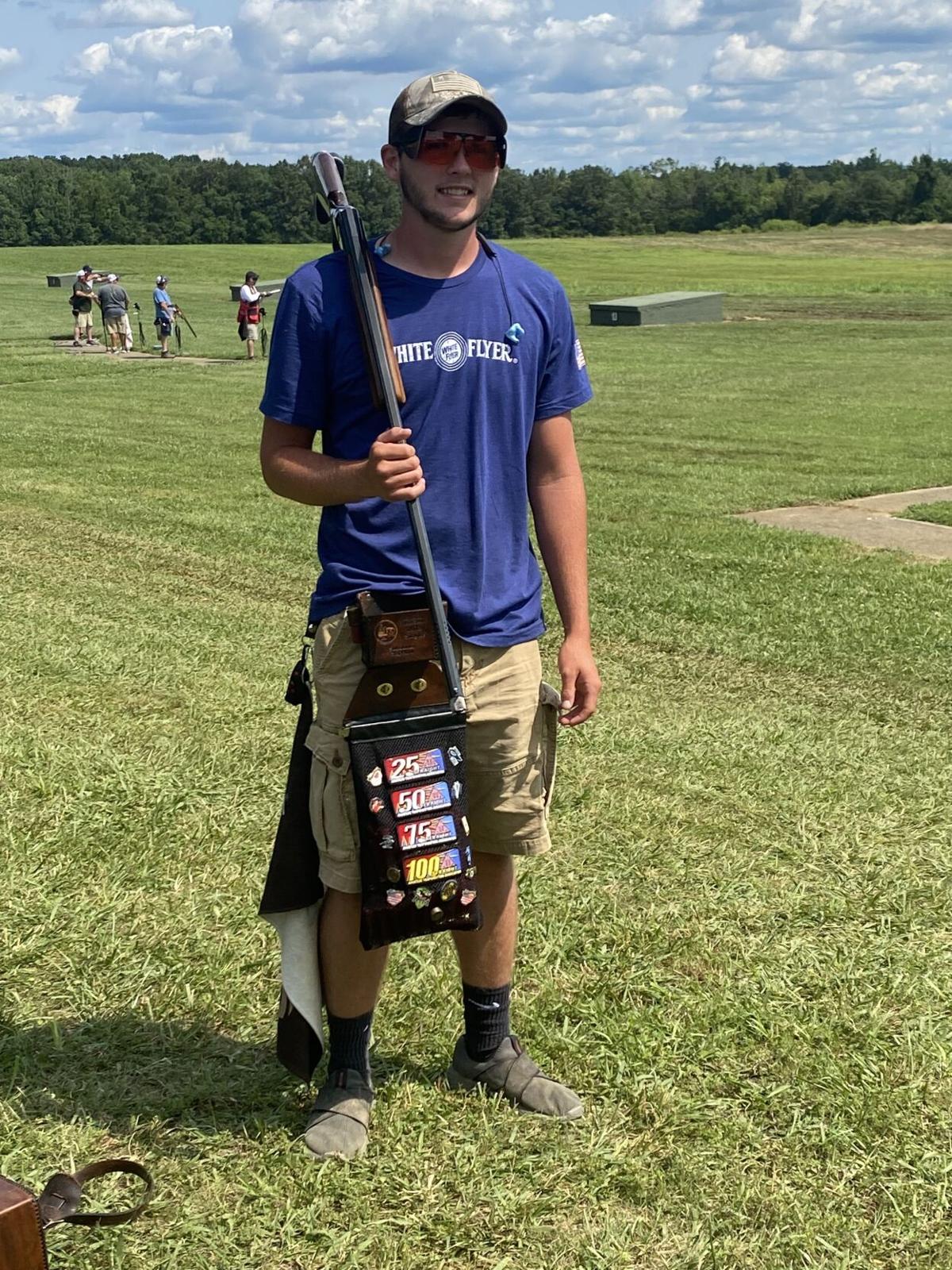 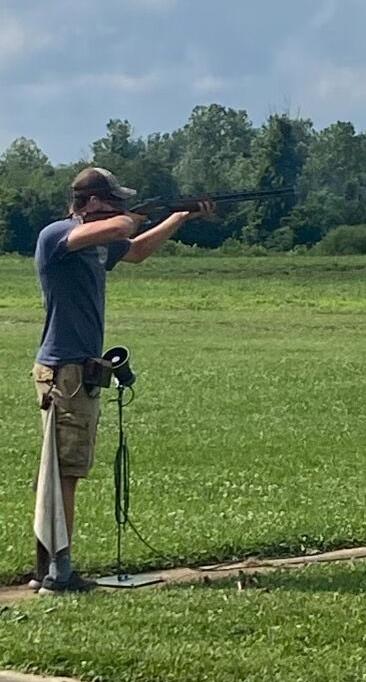 Collins’s mom, Samantha Collins, is nevertheless anxious when she watches her son.

What was more: Collins won the Singles title by hitting all 200 clays at which he aimed – the first time he’d ever done it. Which means, the 2022 event will be named after him.

“I couldn’t believe it,” he said. “I started to get anxious about it when it was 150; after that it was nerve-racking.”

Brian Sharp of the Target Ridge gun club on Augusta-Chatham Road in Bracken County has coached Collins for five years. He said trapshooting “just seems to come natural” to Collins.

“It’s not a cookie cutter-type sport,” Sharp said. “You have to coach each individual kid to hone their own talent and abilities. (Collins) has an extremely good work ethic and ability.”

Collins took up the sport seven years ago; he tagged along with older brother Austin, 20, a student at Morehead State University.

“Austin was on a travel baseball team,” Andrew said. “He started shooting, and I followed in right with them.”

Collins competes in singles, doubles (shooting at two clays simultaneously) and handicap (where the shooter is farther behind the “house,” the machine that launches the clays).

Trapshooting is one of three disciplines where you disintegrate clay pigeons with a shotgun. (Skeet and sporting clays are the others.)

Trap targets are sent sideways downrange, while skeet clays are generally launched directly over a shooter’s head. In the sporting clay division, competitors walk a path and acquire targets from multiple heights and distances.

The key to successful shooting is – aim where you think the pigeon is going to be, not where it is.

Another of Collins’s memorable wins: the 2019 Kentucky State handicap division.

“You get a leather bag if you win; that’s kind of like the top prize you can get,” Collins said. “You carry your shells in it.”

Trap shooting can be expensive – shooters pay their own fees and buy their own ammunition. Lewis County Property Valuation Administrator Kenny Ruckel is part of Lewis County Shooting Sports, a volunteer club that sponsors local youth. Ruckel said the group sponsors Collins and has kicked in about $1,500 so far.

“(Collins) had shot in 4-H before, but now he was kind of out on his own now,” Ruckel said. “We tried to find ammo for Andrew, but it’s very difficult. At these competitions, they can purchase their ammo.”

Collins prefers a 12-gauge Browning Citori shotgun because of the stock.

“It’s made to be more comfortable,” he said. “It’s got a pad on the back of it that turns to fit your shoulder.”

To be sure, Collins is an outdoorsman. He hunts deer, rabbit and turkey on his grandfather Mike Collins’s land, and he once caught a 48-pound blue catfish with live bluegill minnows.

Collins would like to bag a college scholarship for shooting. His advice for younger marksmen and markswomen: Practice.

“It takes a lot of practice to be really good,” Collins said. “I’m not what you’d say great yet; I’m good, but not real good.”