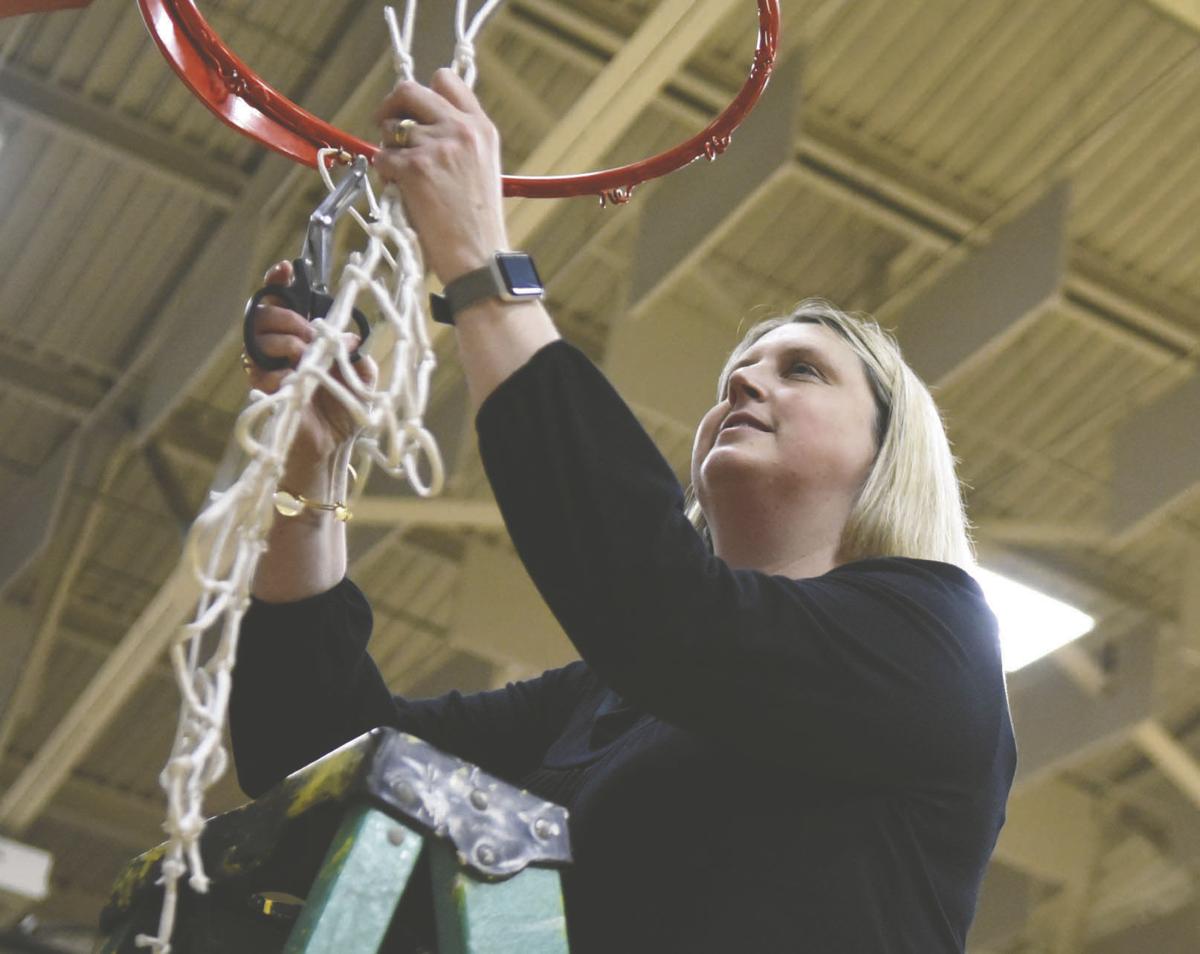 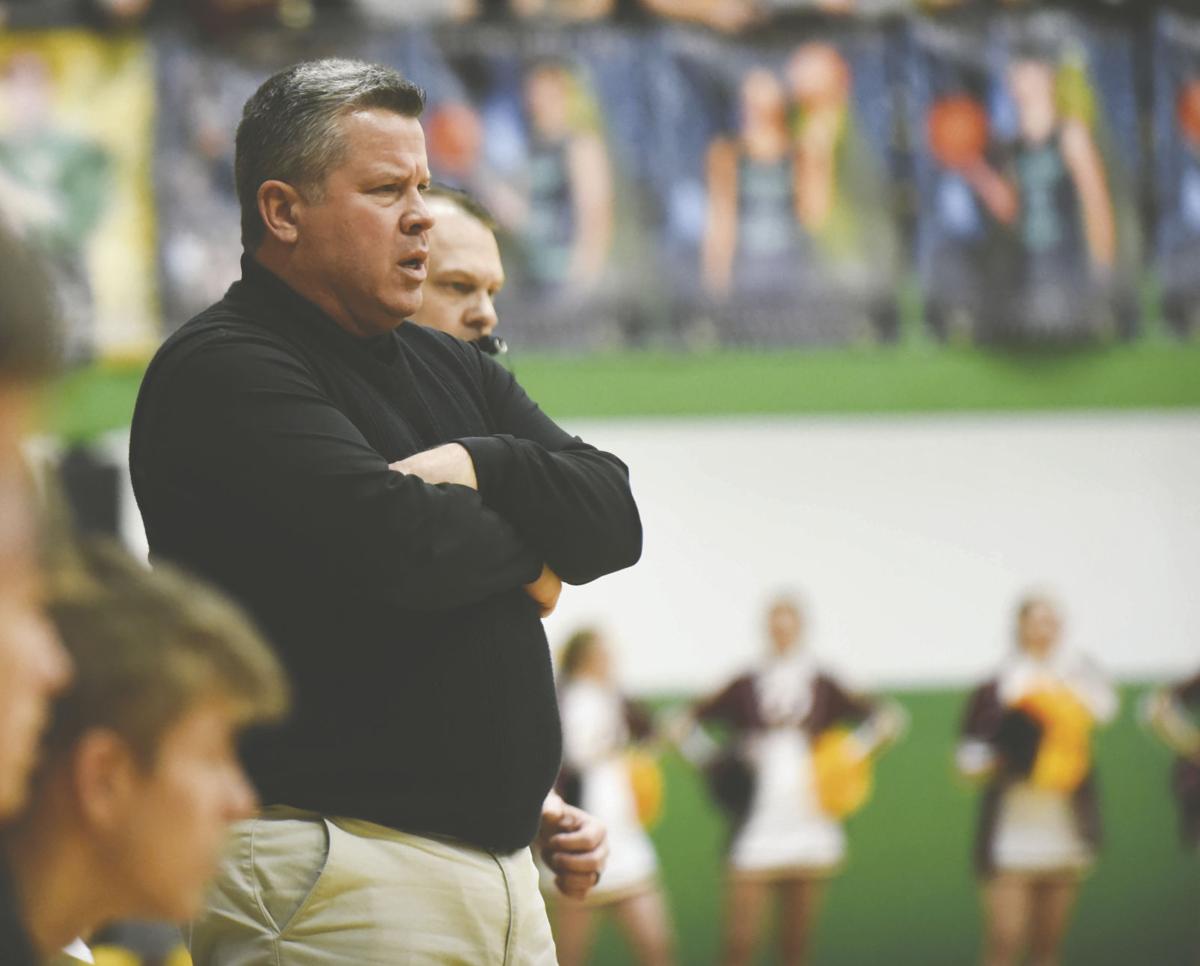 Mandy Layne is used to seeing opponents employ inventive tactics to keep the ball away from Russell’s girls basketball team.

Raceland briefly used a four corners offense against the Lady Devils in the semifinal round of the 63rd District Tournament in 2017. Three days later, Lewis County didn’t go that far, but the Lady Lions were content to slow the pace drastically in a championship game that Russell eventually won, 33-24.

And in the shot-clock-less and unclassified world of Kentucky high school basketball, Layne understands why it happens now and again.

Though the National Federation of State High School Athletic Associations voted last month against a proposal to mandate a shot clock nationally, Layne can see how a shot clock might benefit the Lady Devils.

“We could’ve put (opponents) in a lot of bad situations and not have to focus as much on trapping or figuring out a way, if they could stall it against us, to make sure that they weren’t able to take large chunks of time off the clock,” Layne said. “It’s easier to prepare if (opponents) have to work with a shot clock, because then we can practice playing 24, 30 seconds of good defense. That would be an advantage on that end for us, too, because I feel like we do play really good defense. If you tell kids, we only have to play defense for 24 seconds and they gotta shoot it, then that would help us.”

Coaches don’t talk much about a potential shot clock, said Layne, Lewis County coach Jay Fite and Raceland boys coach Bob Trimble, but that doesn’t mean they don’t individually consider it. Fite said with a chuckle he’s already thought about how he would approach possessions with a time limit.

“It wouldn’t be a whole lot different, necessarily,” Fite said, “but when you’re still at halfcourt and you haven’t even gotten into an offense yet and you have 15 seconds left to get into something, are you gonna just run quick hitters? Are you gonna run just a motion? It (would) really affect the teams that don’t have somebody that can break the defense down at the end of possessions.”

Ironically, that problem, and problems like it, are why teams may choose to slow the pace of the game.

“Shortening the game” due to injuries or foul trouble is a common thread. It’s why the Lady Rams went four corners against Russell in 2017, and it’s why the Lady Devils held the ball late in regulation against Raceland a season earlier.

Ironton had done the same thing against Raceland in the season opener that year in an eventual 46-41 Lady Tigers victory.

“Both games when those teams pulled it out they had a one- or two-possession lead, so we let it ride as long as they wished or until the two-minute mark, when we would come out and force the issue,” Keeton said. “Against Ironton, we got a look at a shot to tie it but missed. Russell extended it to three OTs, where we pull it out.”

The Lady Rams indeed beat Russell, 48-46, in three extra sessions, which remains the Lady Devils’ most recent loss to a district opponent.

It’s happened a few times in the 16th Region since then. Rowan County held the ball “for at least two minutes in the fourth quarter literally at halfcourt” against Lewis County this past season, Fite said.

“This year our goal was, if we score in the 50s, we’re gonna win a lot of games,” Fite said. “But I think it just depends on the pace of the game and how it’s going. If a team’s potent offensively, you don’t want to get up and down the floor with them. You can’t, unless you can do that yourself.

“Sometimes the (slow) game flow, I think a lot of that wasn’t necessarily us on the offensive end. We wanted to try to get a good shot. I think a lot of it was our defense and making other teams be very patient as well.”

Elliott County, known across the state during its heyday for a breakneck pace, elected to slow it down in the 16th Region All “A” Classic semifinals against Raceland this season.

“They had some injuries,” Trimble said, “and they were very patient, did a really good job and made it really tough on us. Usually they’re up and down as much as anybody, but that gave them the best opportunity to compete in that game with the injuries they had.

“Raceland has an element of that in its normal game play,” Trimble said.

“We hold the ball when it’s late and we have the lead,” he said. “We’re not interested in holding it other than that, but when you’ve got a six-point lead with a minute to go, there’s really no need to shoot the basketball. ... I think that’s something that gives yourself a lot better chance to win, because (opponents) can’t score if you’ve got the ball.”

Such tactics appear to be around to stay. Coaches fill out NFHS surveys that include a question about coaches’ position on the shot clock at the end of every season, said Fite and Trimble.

The financial cost to install shot clocks and pay an operator, and the need for that extra personnel, make it unfeasible for many schools, Layne and Fite said.

Added Layne: “Most importantly right now, unfortunately with COVID, people are cutting things left and right. I definitely think at this point it would be down the road, if it came back up again.”

Fite would like to see that happen, he said.

“A lot of people aren’t for it that I’ve talked to, but I’ve always thought it would just be something kinda fresh in the game,” Fite said. “I don’t know if it would benefit us or not. I really don’t know. It would definitely add strategy to your game. Maybe that would give some coaches and some teams an advantage, if you can figure out a way to use it to your advantage.”