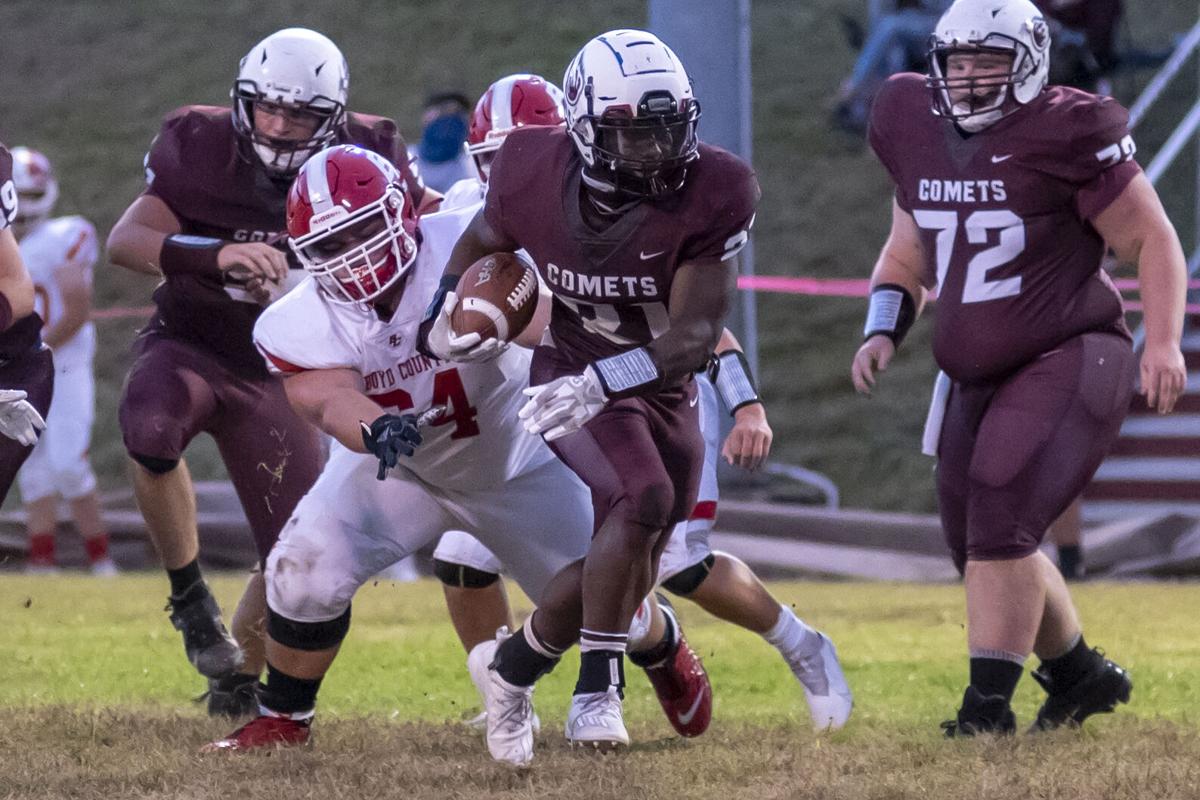 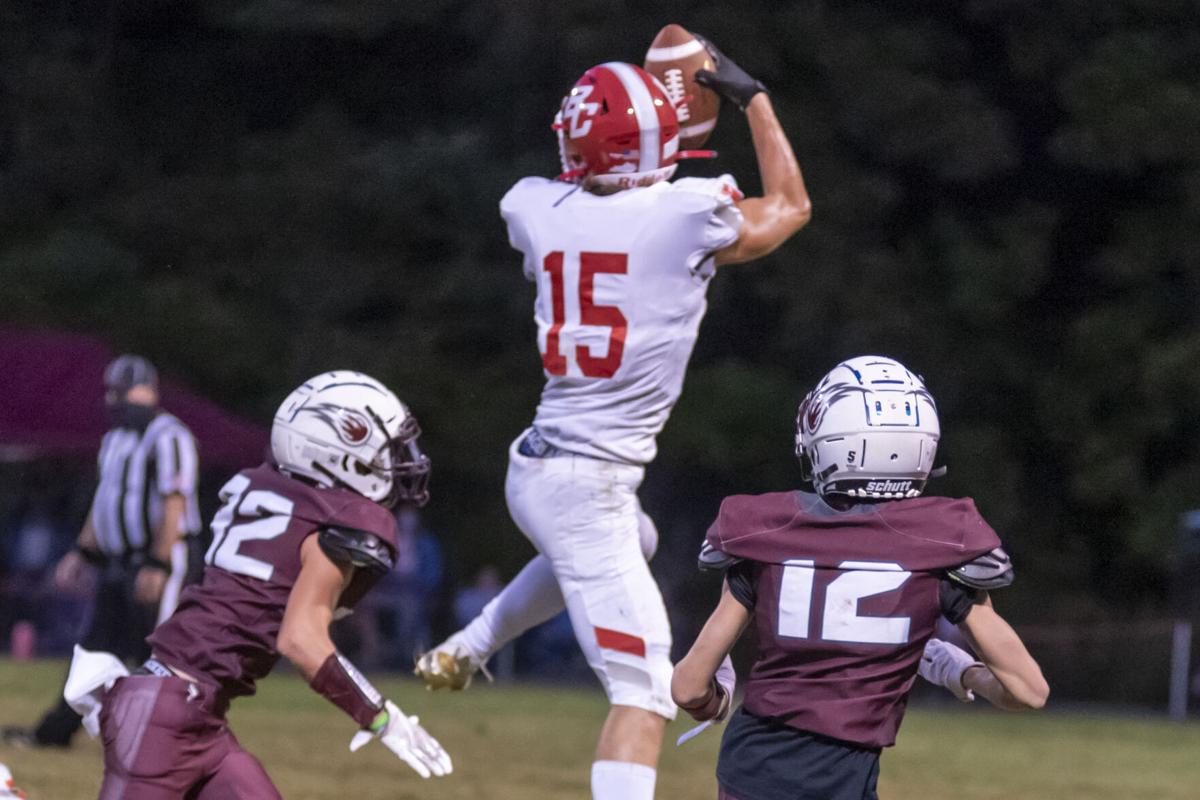 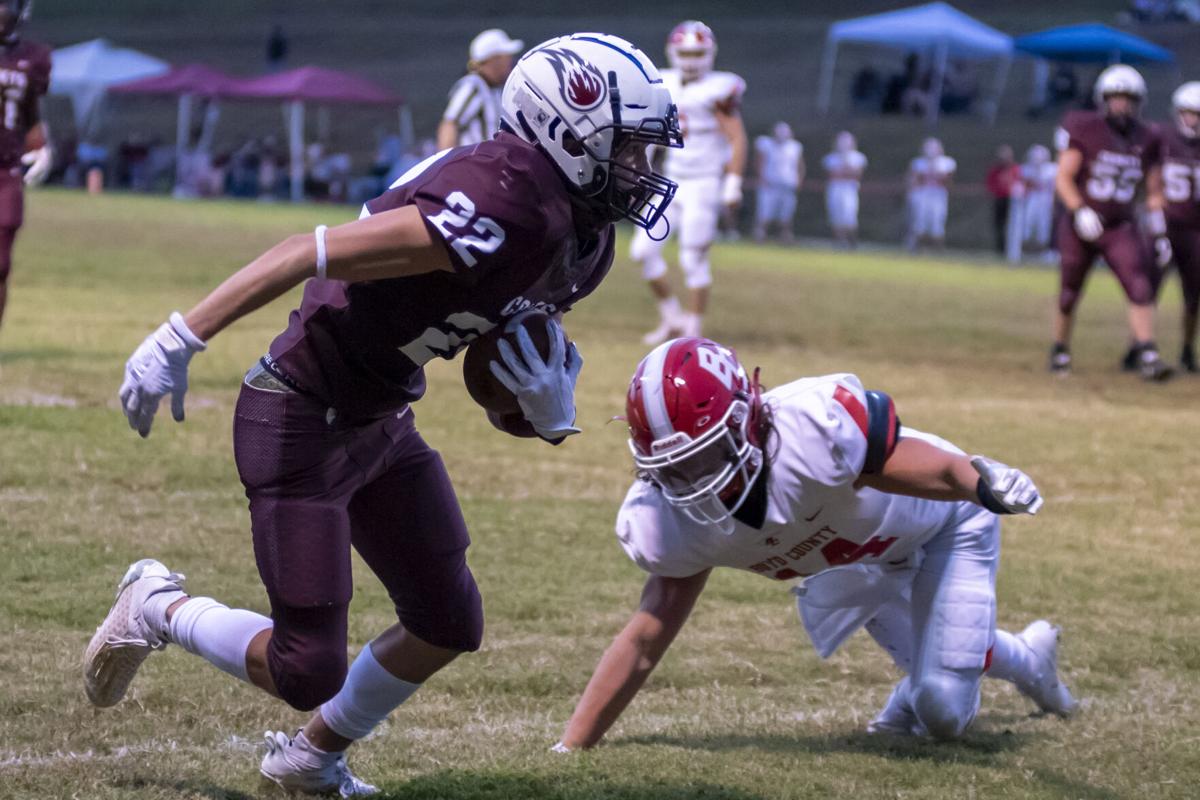 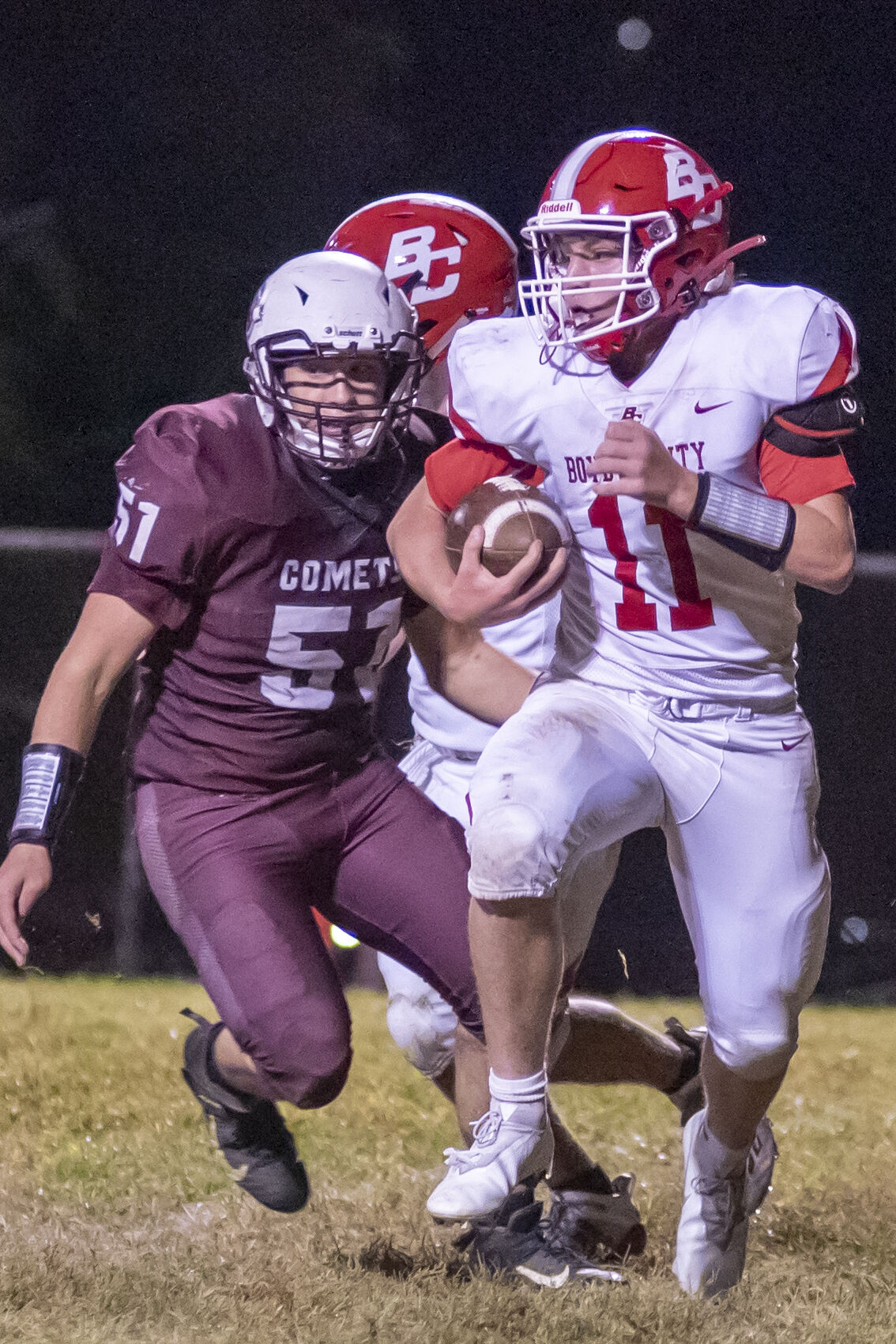 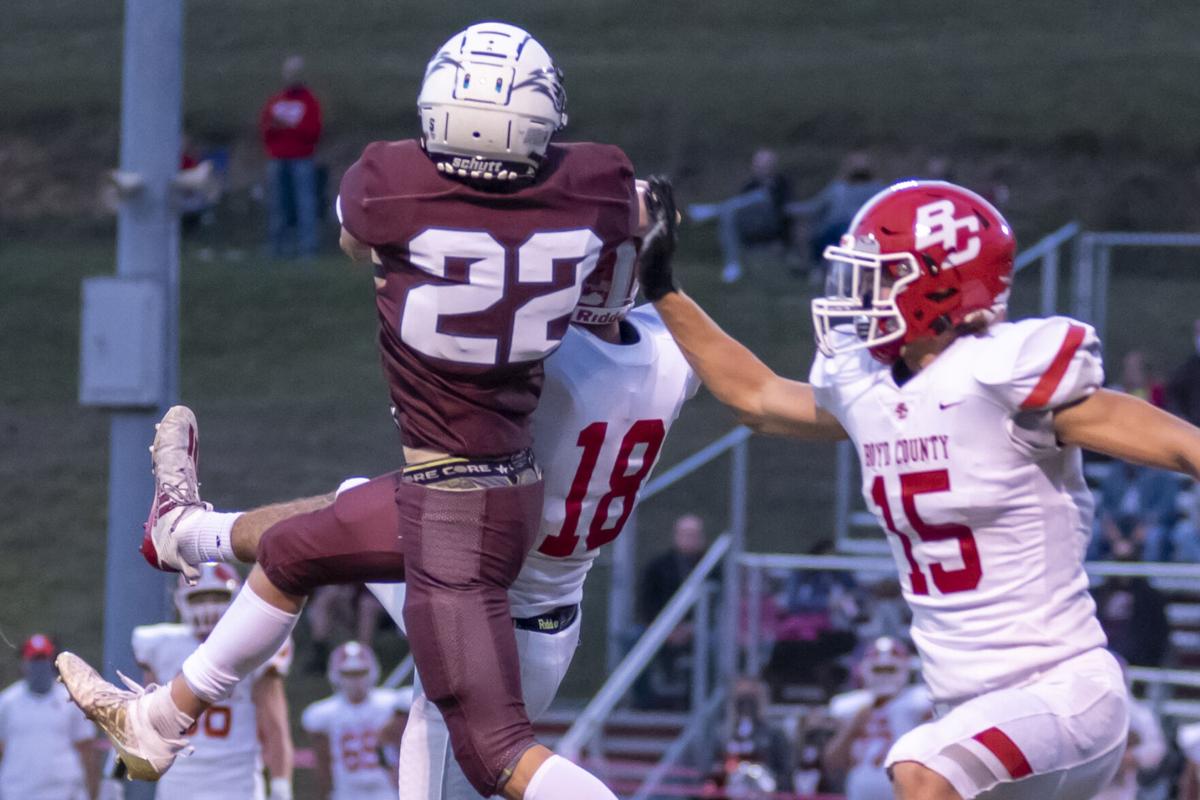 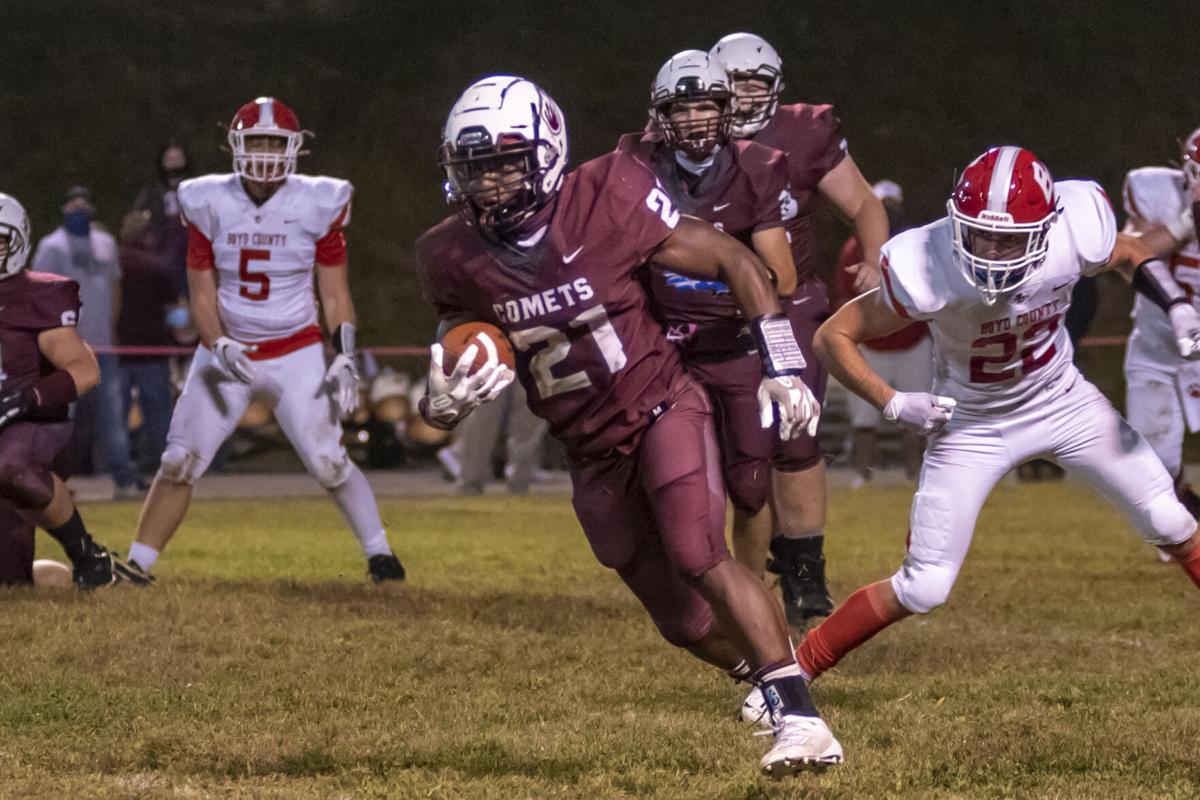 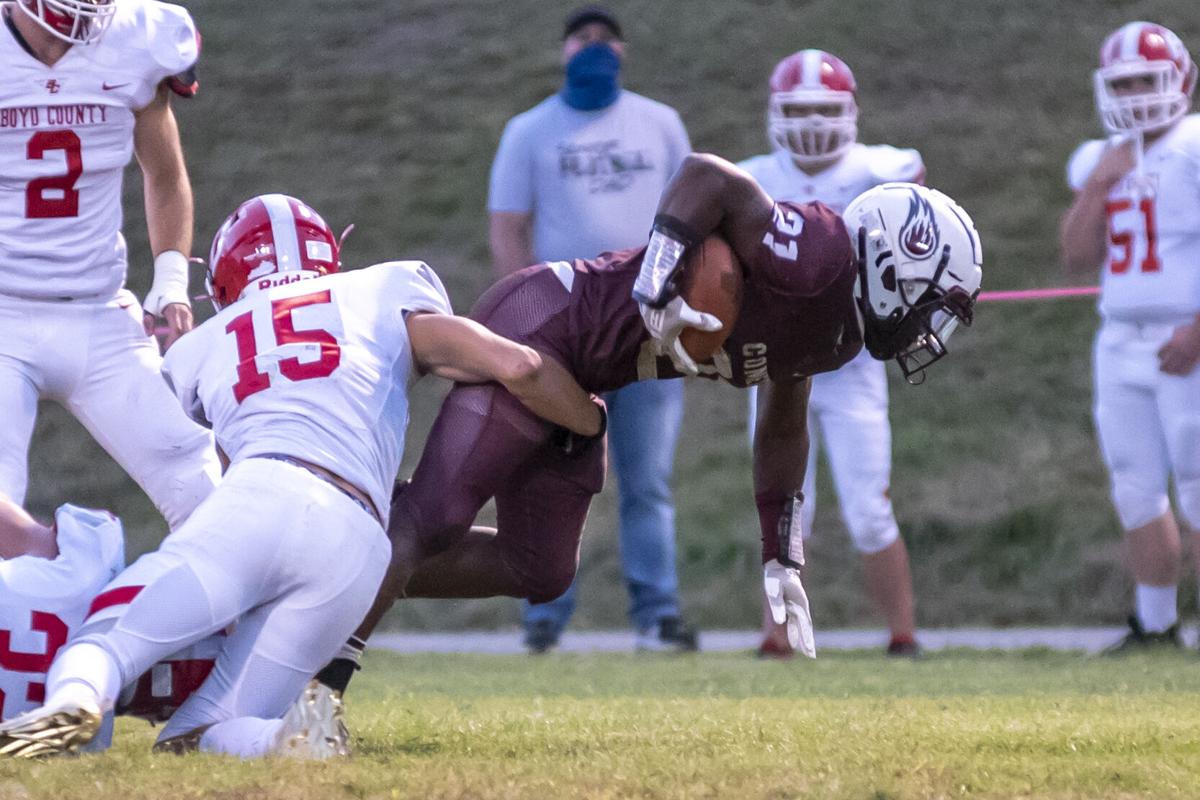 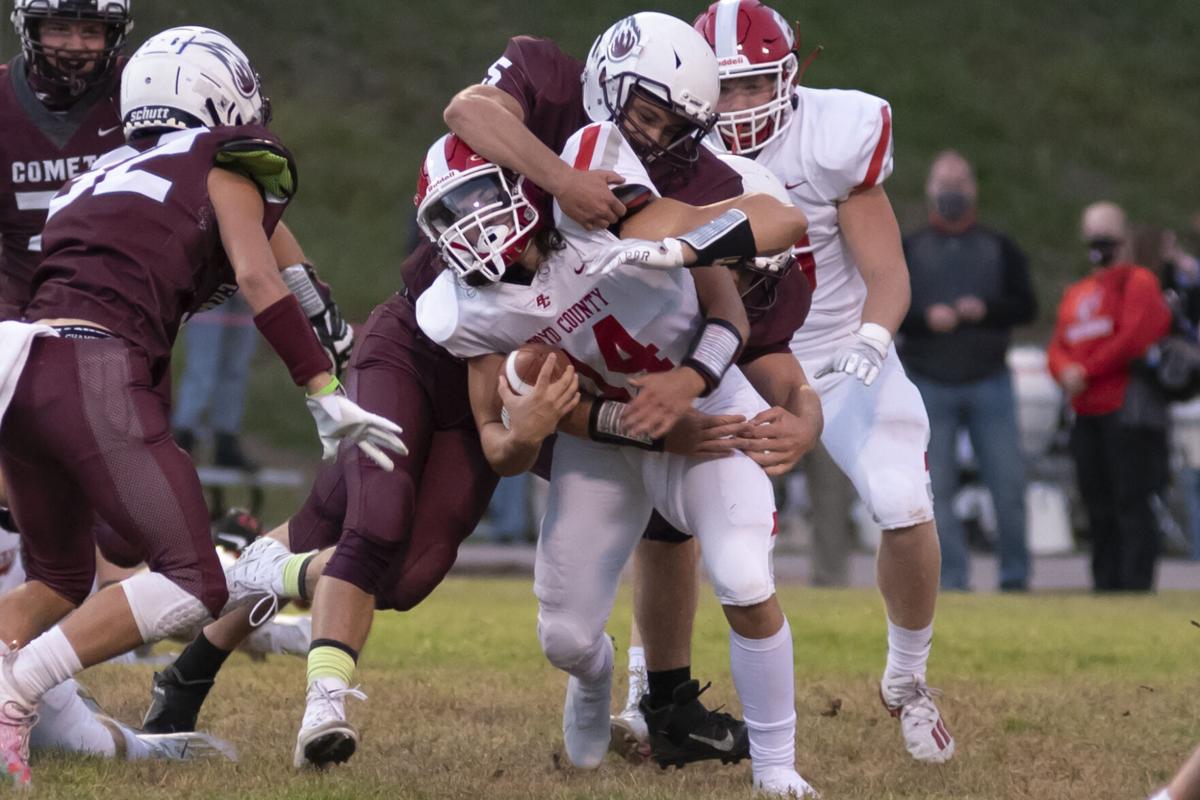 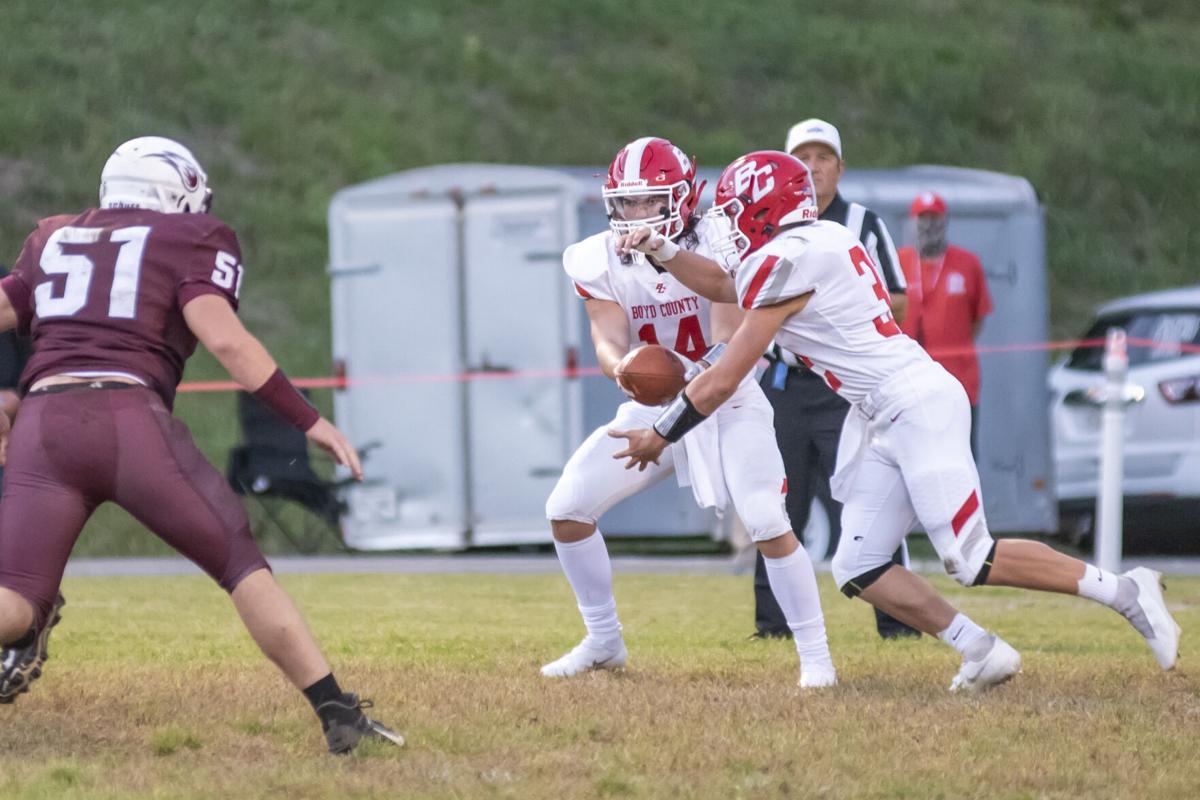 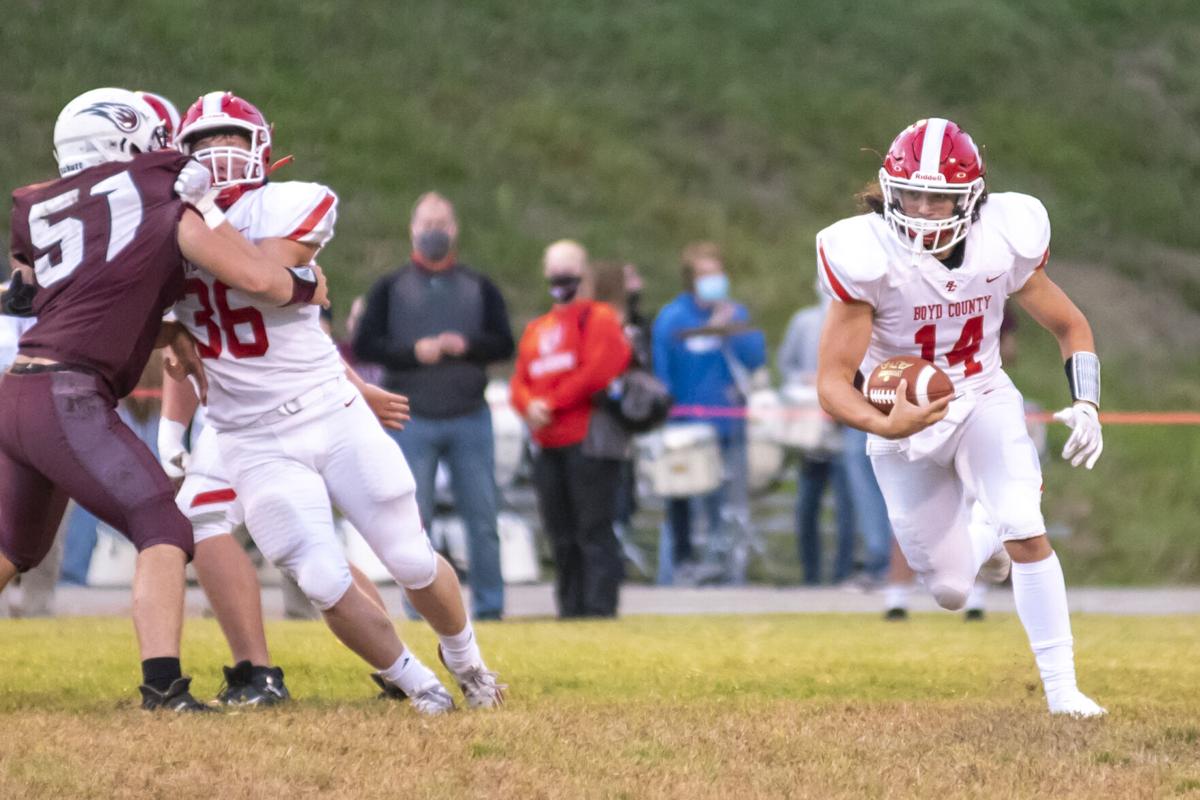 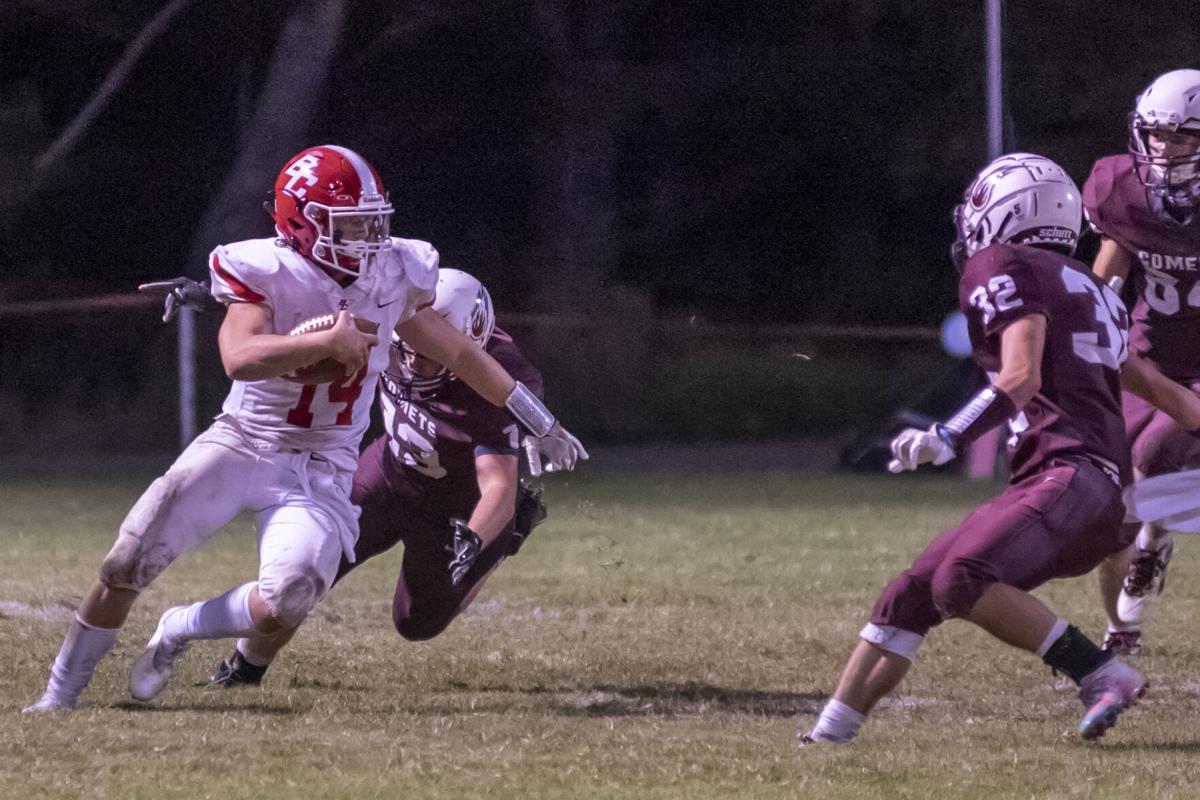 OLIVE HILL You cannot stop what you cannot catch.

Unless you are Leetavious Cline, who could not be stopped at all Friday night at West Carter.

It was a senior night to remember for Cline, gashing Boyd County for a career-high 273 yards on 24 carries and three touchdowns to lead the Comets to a 40-0 thwarting of the Lions.

“It just feels really good,” Cline said of the career mark. “I’ve been trying to break 200 (yards) and I’ve been close a couple games. Feels really good to finally do it.”

Cline tallied runs of 56, 58 and 59 yards with the latter going for his third score of the contest. But his most productive run of the night did not result in points, rather a key conversion. Facing fourth-and-3 from the Boyd County 23-yard line, Cline answered the bell.

Cline was met at the line of scrimmage by a pair of Boyd County defenders who appeared to have the shifty back contained. Or so they thought.

Cline delivered a stiff-arm followed by a spin move that erased a potential turnover on downs and resulted in a 16-yard gain to move the sticks. Two plays later, Cline dashed in untouched from 6 yards out for his first score.

“Motivated,” Comets coach Daniel Barker said of Cline. “Last year he got banged up and he’s just running so angry right now. He was really thankful that we got to play this year with all the COVID and stuff. We’re amazed and a couple times tonight he just made something out of nothing.”

Cline’s 56- and 58- yard runs came on first downs after a defensive stop by the Comets, placing them deep in Lions territory after only one play.

“It’s just good blocking by my line,” Cline said. “They have been making big holes for me this season and letting me run wild.”

Cline tallied only 24 yards in the first quarter but began imposing his will midway through the second.

“He’s always been a speed back, but this year he’s been more of a punishing runner,” Barker said. “He’s kind of turned into a power back. We are so pleased with his progress. Last year, being hurt was tough on him and he’s taking advantage of playing as a senior and doing a tremendous job.”

Barker said the Comets wanted to spread the ball around on offense, but his troops had something different in mind.

“Everybody kind of ended up rooting for (Cline) and working for him tonight,” Barker said. “That’s a credit to all our kids. We were trying to spread the ball around and our kids were like, if he’s having a night like that, let him run.”

Although Cline showcased the lopsided win, fellow senior Orry Perry added a pair of scores of his own. Perry avoided a Boyd County blitz with a quick pass to Blake McGlone for a 14-yard score in the second. He and McGlone hooked up again in the third on an 11-yard strike for a 26-0 lead.

“Blake is kind of the forgotten guy in our offense,” Barker said of McGlone. “Last year, he actually led us in catches. Every week it seems, he ends up making big plays for us.”

But the offense was not the only unit making big plays as the Comets’ defense pitched their second shutout in as many outings, marking the first time West Carter has held back-to-back opponents scoreless since they did so three times consecutively (East Carter, Morgan County and Lawrence County) in 1986.

“Our guys are feisty and they don’t like giving up points,” Barker said. “We knew we had our hands full. Boyd County has a really good offensive line. I really like their quarterback and running back. They have some guys who can really hurt you on the ground. We were pretty happy with how we defended them tonight.”

West Carter held Boyd County to 183 total yards of offense while grounding a rushing attack that gashed Bath County last week for 401 yards to only 91 yards.

“Hats off to coach Barker for having a great defense against us tonight,” Boyd County coach Evan Ferguson said. “Had way too many missed tackles.”

West Carter was led defensively by senior Dylan Roe, who recorded a game-high nine tackles, two for loss, a sack and a forced fumble.

“Dylan has always been a kid that has been good enough to play inside backer—and he’s played it before—he just had the Jordan twins in front of him,” Barker said. “He’s a defensive leader for us.”

Boyd County was limited to nine first downs, with six coming in the fourth quarter.

“I was quoted last week in saying, ‘Get used to this,’ after the big win,” Ferguson said. “Tonight, I reminded them that we can’t get used to ‘this.’ The new Boyd County can’t accept defeat and has to work hard to come back next week.”