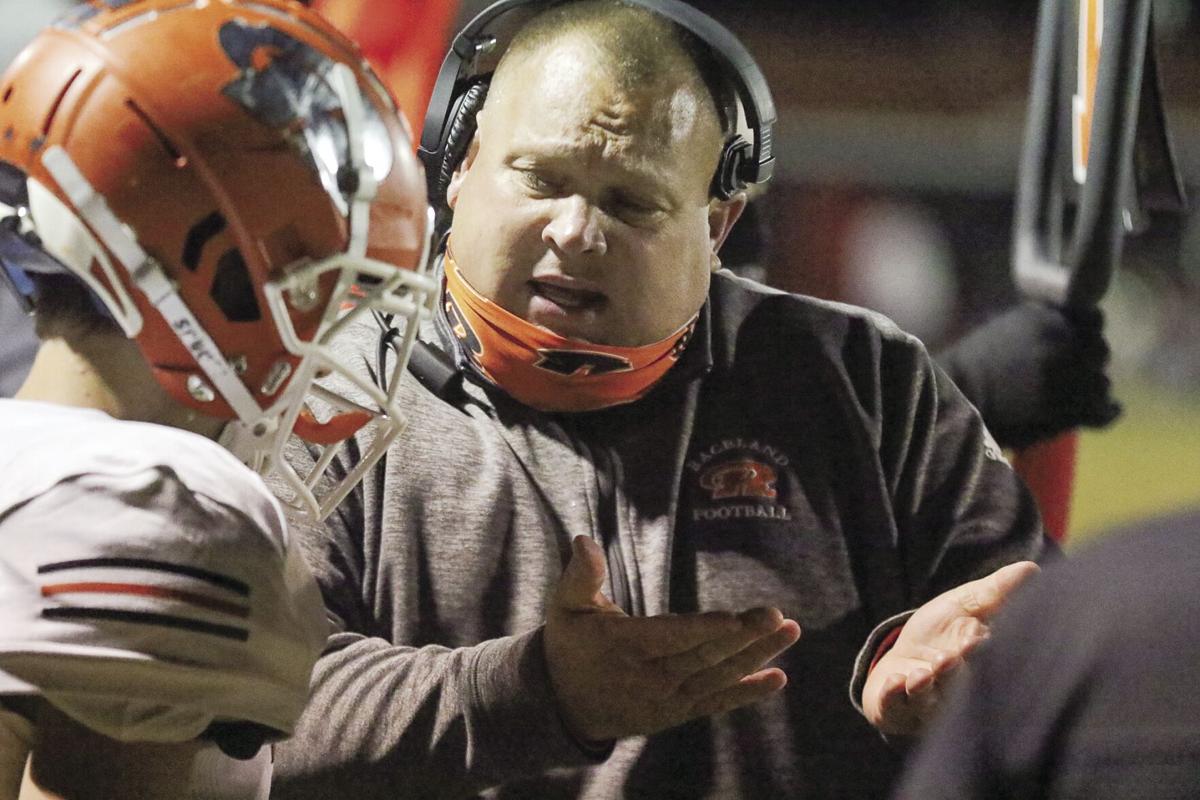 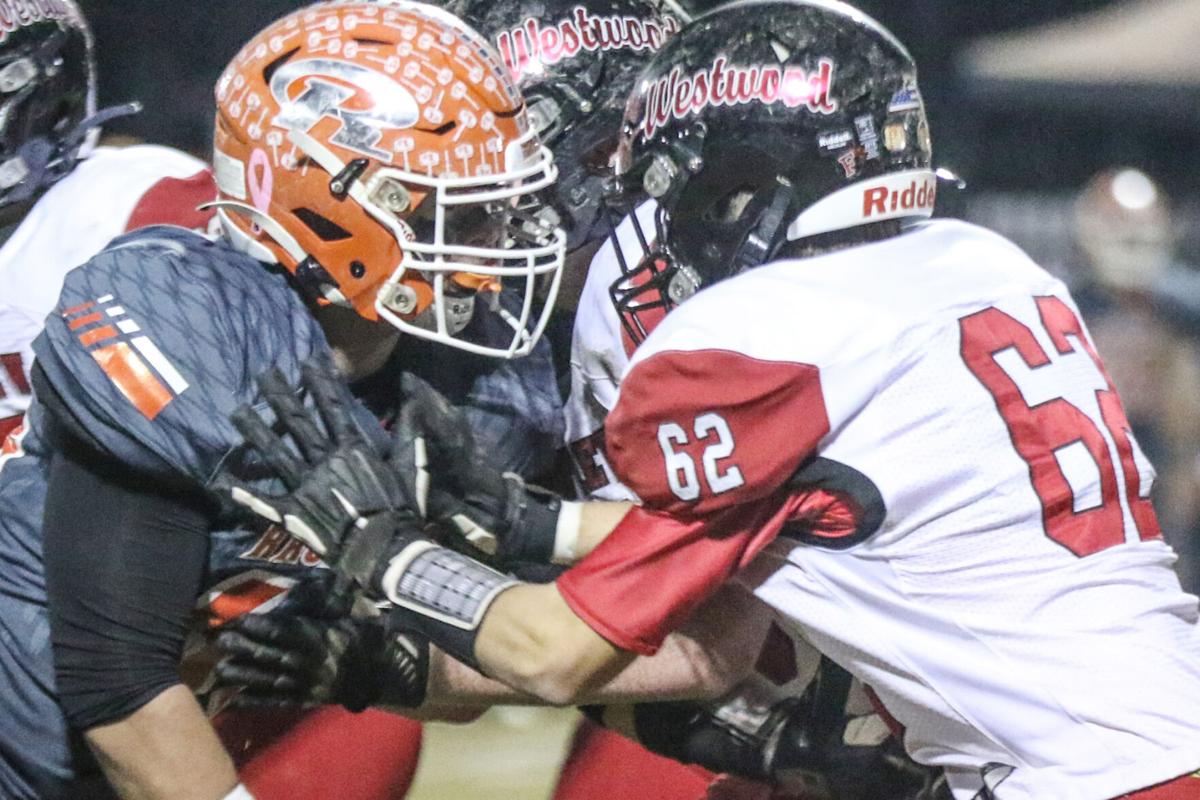 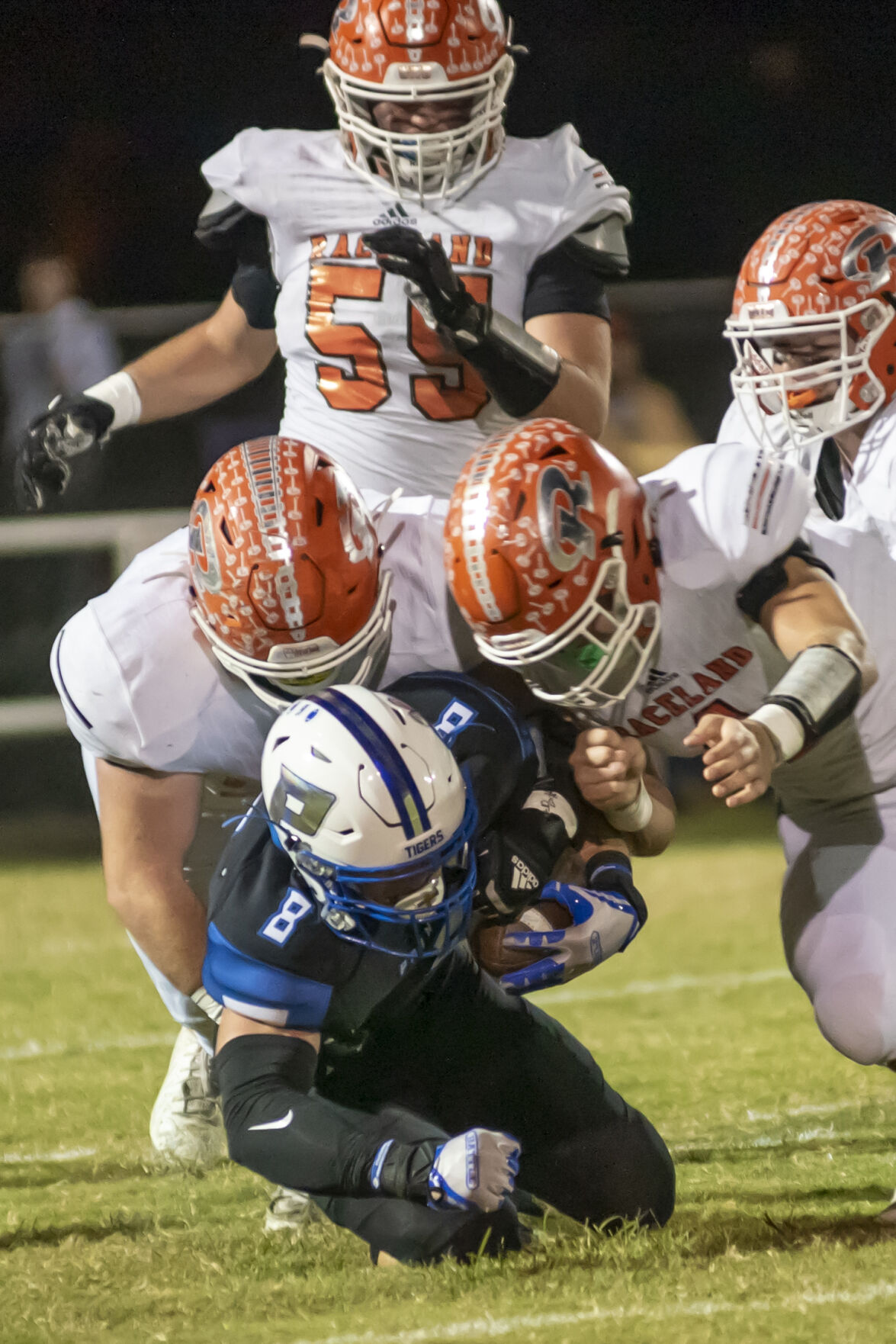 COAL GROVE Nobody saw it coming.

The junior linebacker was already in the Ashland backfield when the Tomcats’ quarterback started to pitch the football in the direction of his running back.

Conlon snatched the ball out of midair and returned it 25 yards to the house for a touchdown.

The play at Putnam Stadium in the Rams’ season opener was a turning point for the Rams defense after an unrecognizable 2020.

It was also indicative of Conlon’s football career path. He has encountered several twists and turns along the way. He has tested his abilities at several positions on the field before finding a home in the linebacker corps.

It took just one play for Conlon to break away from obscurity and announce his presence to opposing offenses.

“I’ve always been the guy that was under the radar,” Conlon said. “Nobody really expected (that play). It has given me motivation to be better. I want to do whatever is needed to help the team. I just want to do my part.”

Linebackers coach Seth Pack said Conlon’s motor never shuts off and he has embraced a larger role this season. It didn’t take long for teams to take notice. They now have to account for him before every snap of the football.

“You can see teams adjust their schemes now,” Pack said. “They have to put someone on the backside to block him.

“Cole is just a relentless player. He is non-stop. He is 150 pounds soaking wet. He has worked his tail off all year. He is reaping the benefits.”

Ben Taylor didn’t have to change his colors or a tradition-rich environment when he transferred from Ironton over the summer.

The junior saw his minutes and the accolades increase in a Raceland uniform. He joined Conlon on the All-Class A, District 6 team and was named the EKC Lineman of the Year.

Taylor didn’t know how much he would play when he ventured across the Ohio River and joined the perennial Class A power. The Rams coaching staff saw the junior’s potential in offseason workouts.

Taylor is also the long snapper in the kicking game.

“Raceland is a hard-working program just like Ironton,” Taylor said. “I love it here. Everybody has taken me in, and we all work hard. Wherever the team needs me, that’s where I want to go. This is my first year getting a lot of varsity time. They started me at linebacker, but I moved to defensive line.”

“I already knew a couple of these guys here,” he continued. “We played baseball together. My teammates have been great to me. They are some of my best friends now.”

Defensive line coach Justin Beek said Taylor’s impact on Friday nights starts on the practice field. Since he has joined the Rams, his work ethic and passion for the game has made an impression on his teammates.

“He never stops working,” Beek said. “He comes in every day with an attitude to get better. Every drill, every rep, he goes 100%. It rubs off on the other guys. He has elevated everyone’s game a little this year. Our defensive line has played much better. Ben is a big reason for that.”

Raceland has collected 36 sacks this season. Taylor (11) and Conlon (nine) have been the main contributors to the total. The duo has combined for 20 sacks, but both agree that putting pressure on the quarterback is a team effort.

“My defensive line has helped me out a little bit,” Conlon said. “They have cleared the way so I could get a clear lane to the quarterback. I don’t think of myself as a leader. Everybody wants to work as one unit together, like a machine.”

Added Taylor: “We just don’t give up on the play. If you get stopped at the line, I just keep rushing. If they pass, chase it down. You don’t stop until you hear the whistle.”

Raceland has put an emphasis on pressuring the quarterback this season. It starts with the guys up front. The Rams do not possess a size advantage against most teams, but they counter with speed and determination.

Beek said no one is more determined to make a play than Conlon.

“It’s something we worked on a lot in the offseason,” Beek said. “We wanted to generate pass rush from different areas. If you look at Cole on the field, you see him and think, there is no way he should be able to get there with who he is up against, but he is going to make the play week in and week out.

“He is a lot like Ben, only smaller,” he added. “You can knock him down, you can pin him, but Cole is just going to keep coming. He is going to win some of those reps and get to where he wants to go.”

Raceland tallied eight sacks against the senior quarterback. Taylor dropped the QB for a loss and Conlon added two more in a dominating defensive effort. Leicht ended the game with negative-61 yards on the ground.

“They took it personally about getting to the quarterback,” Pack said. “We knew that he was a really good runner. He was a 1,000-yard rusher. There are few quarterbacks that have that many. We took good angles and took care of business.”

Raceland returns to the state semifinals with 12 wins, which is its most victories in one season since 2008. But coming off its worst win total since the turn of the century last year, the Rams bring an experienced team to Hambley Field in Pikeville on Friday night.

Raceland practiced at Patterson Field in Coal Grove this week. The team wanted to experience playing on a turf field before making the trip down U.S. 23.

“Last year, it was trying to find the right pieces,” Beek said. “We were moving guys around even into district play last year. Toward the end, we finally found a rotation that worked for us. There was a lot of experience gained and we had a lot of guys return this season. Four wins and giving up a lot of points will motivate anyone in the offseason. No one wants to rest when you were not good the year before.”

Panthers running back Blake Birchfield leads Class A in rushing with 2,137 yards. Senior quarterback Isaac McNamee, who just became the school’s career passing leader, has not experienced much pressure this season behind an impressive offensive line. He has only been sacked one time all year.

“If you find that out, let me know,” Beek said when asked how to contain Pikeville’s offense. “It all starts up front with them. They have an outstanding offensive line. Every time that we have seen (McNamee) in the last three or four years, you can see he is a smart quarterback. He knows when to let the ball go and doesn’t sit around in the pocket and let you get pressure.”

Noted Taylor: “We work together, and we have a game plan every week. We attack and we know that we can count on each other to do it, whether it’s getting to the quarterback or make plays.”

Pikeville stands in Raceland’s way again as the Rams play for a second trip to the state championship game. Raceland has been building for this moment ever since the final play of last year.

“Each season writes its own book,” Raceland coach Michael Salmons said after the region final game. “Obviously, some things didn’t play out last season like we hoped they would. Our team was a yard away of playing right with the eventual state champs. … It propelled us to get back to that point and beyond. I’m sure we will reflect one day on the season we are having. It’s been special. The guys are excited to put that jersey on one more time and earn another seven days.”