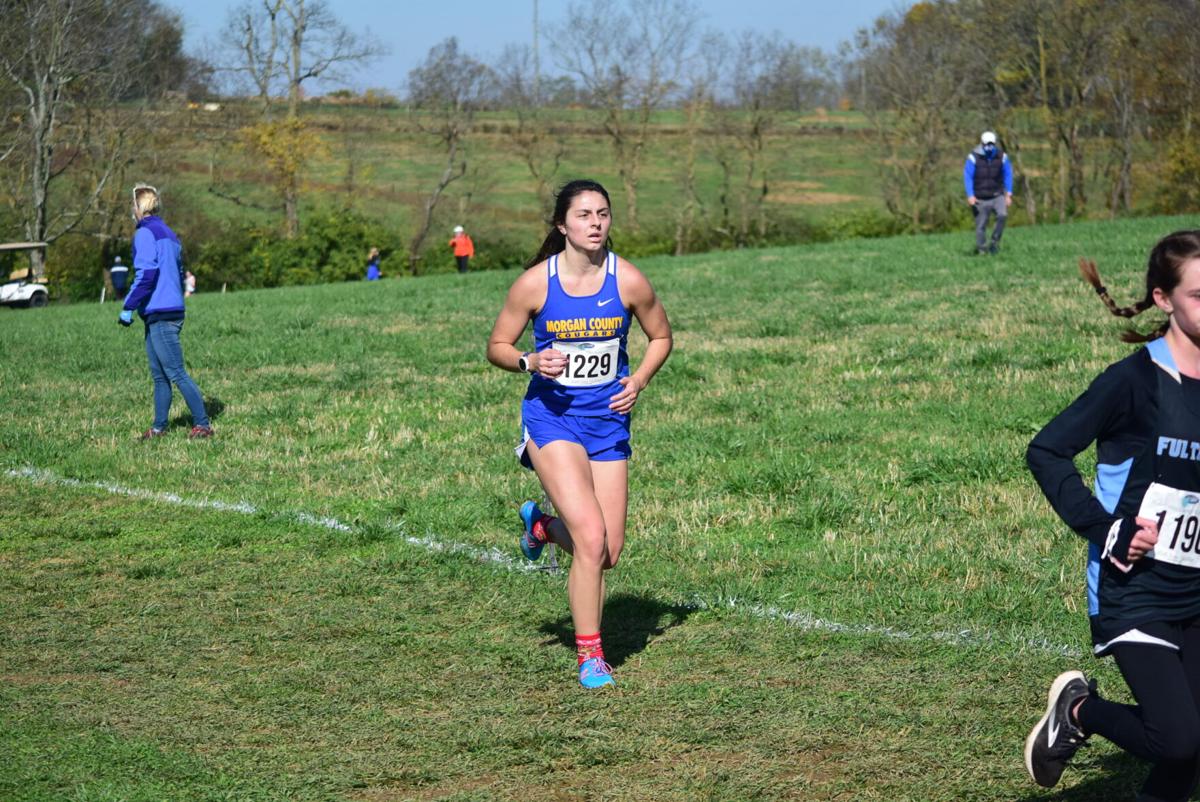 Morgan County's Krista Perry runs the course at Bourbon County in the Class A state cross country meet on Saturday. 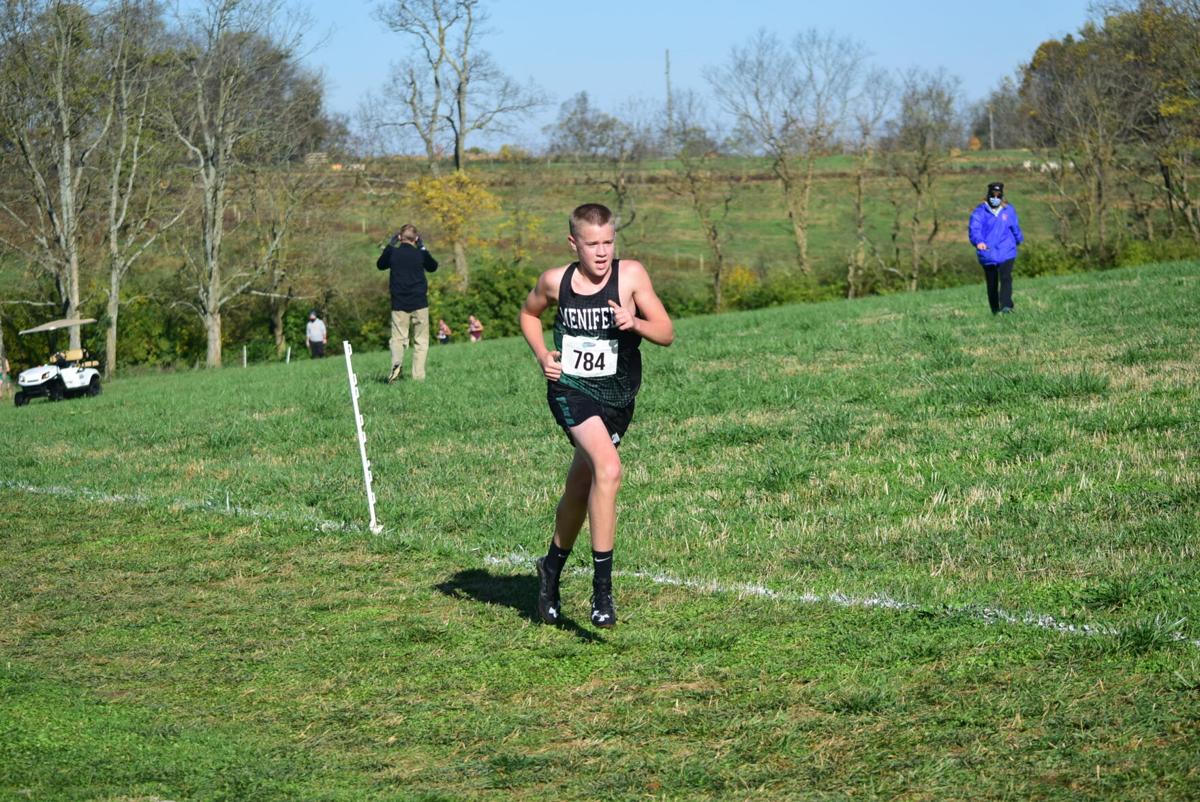 Menifee County's Brevon Ricker runs the course at Bourbon County in the Class A state cross country meet on Saturday. 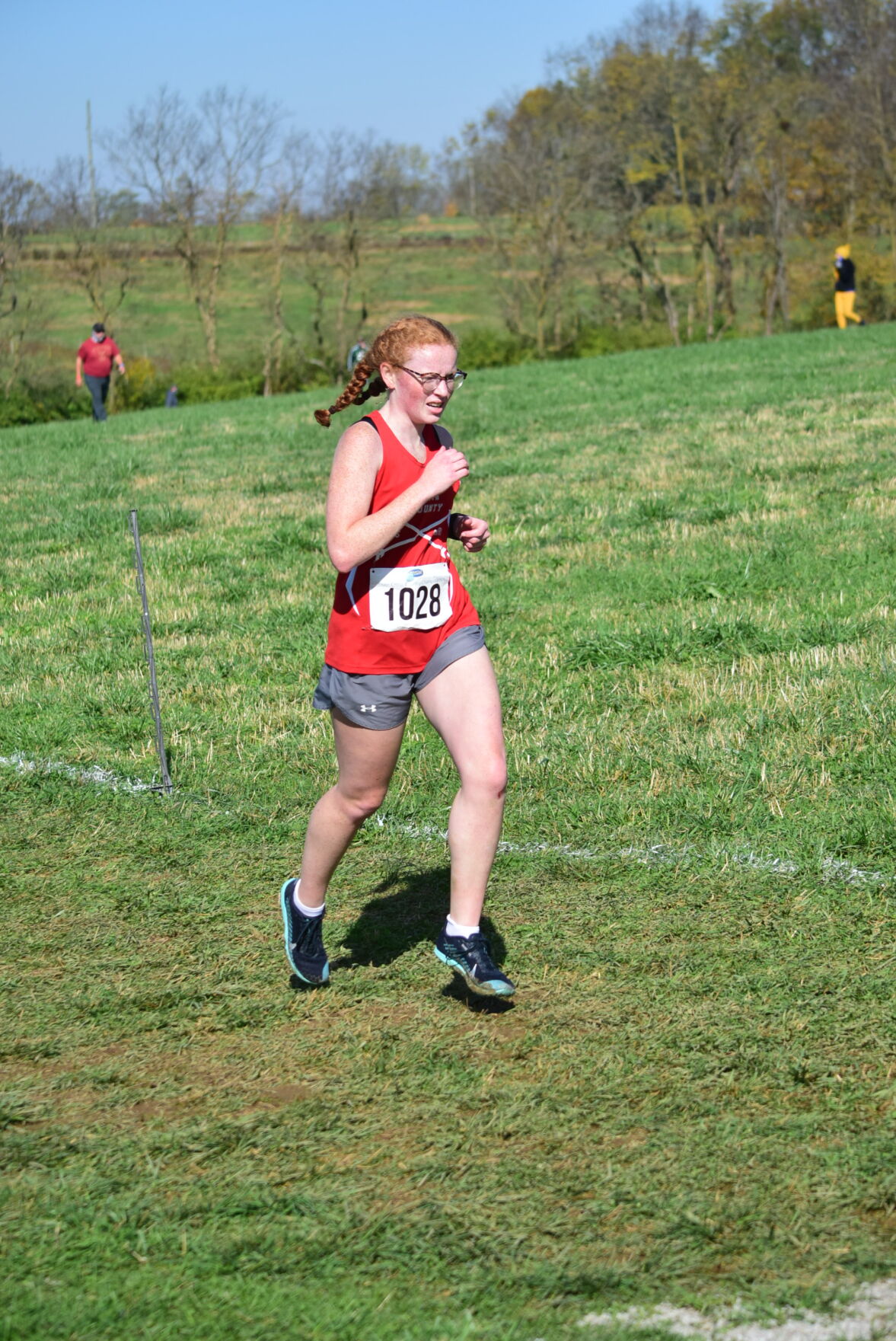 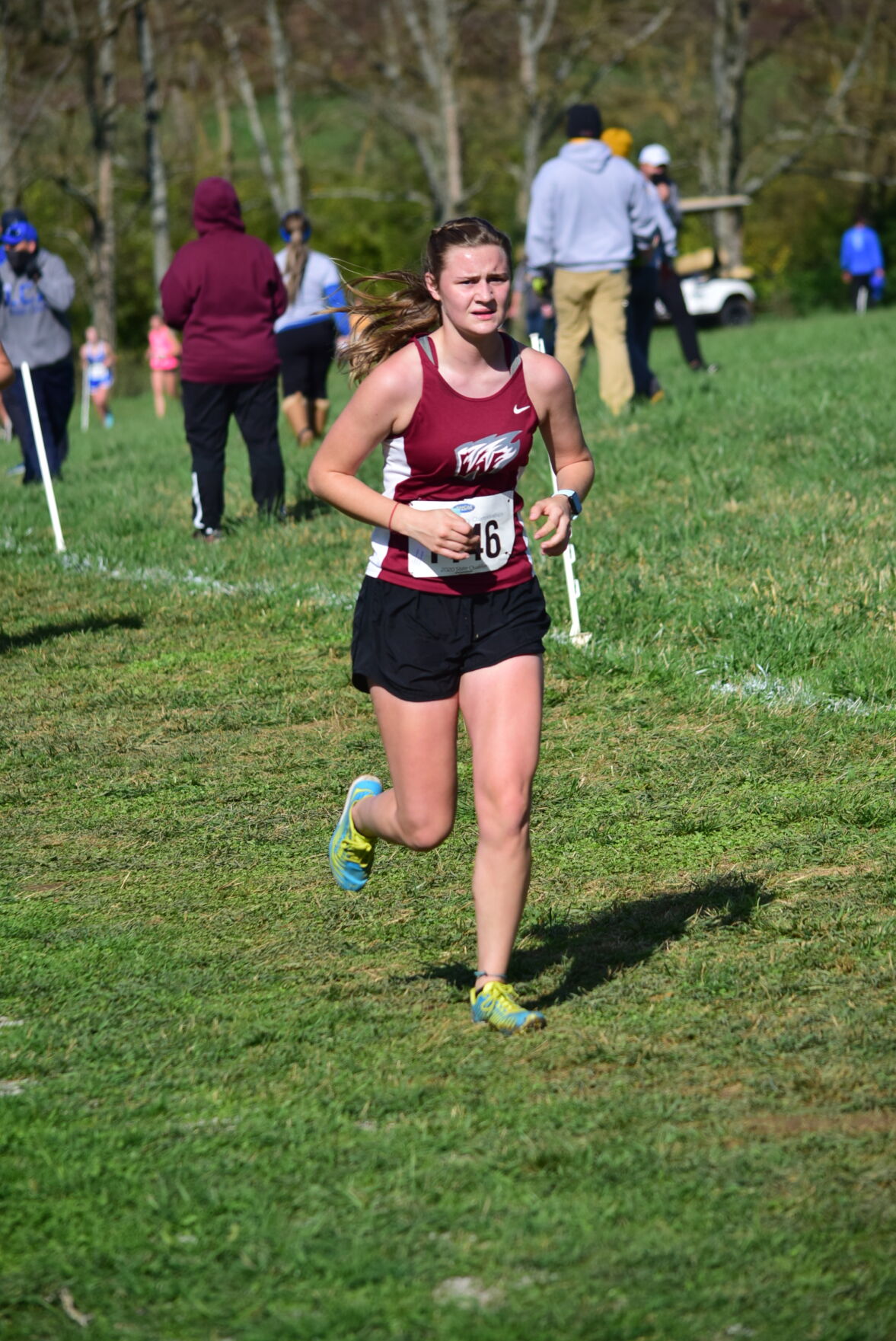 Morgan County's Krista Perry runs the course at Bourbon County in the Class A state cross country meet on Saturday.

Menifee County's Brevon Ricker runs the course at Bourbon County in the Class A state cross country meet on Saturday.

PARIS Saturday’s Class A state cross country championship at the new Bourbon County cross country course did not feature a podium team or individual finish from any area athletes, but it was the end of some noteworthy careers.

Seniors Amelia Oldfield of Bath County placed 35th in 22:30.65 and Krista Perry of Morgan County was 65th in 23:15.43. Neither ran as well as she had hoped, but both passed several runners in the home stretch to mark a positive ending to their impressive careers.

After competing in three previous state meets, in which she finished 42nd, 94th and 158th, Oldham knew this was her last high school 5K.

“Strategy-wise, I was just going to try to pace off the other girls around me, because I'm not very good at pacing myself, I just go off what's around me. So, that was kind of my thing. Just get some girls during the race and stay with them,” Oldfield said. “And the first half of the race, place-wise I was pretty far back and I didn't really feel too good, but once I got to about a mile left, I was like this is my last cross country race ever, maybe. It's my senior year, so I just got to go and I tried to push a little bit and I passed a couple girls at the end. And so, I was just happy for finishing strong."

"I used to be better when I was younger in cross country, but I'm more of a track athlete for now. I just run cross country for fun, and to stay in shape and do it for the team. But, I'm happy with how things ended," Perry said.

"Normally I try to start out pretty decent after a mile and half, and then die out. I wanted to try to keep the same pace, but that was not the case," she added. "I tried to stay with the front pack. It was not exactly how I wanted the race to go. I didn't' run the best I could, I don't think. I ended up tiring myself out halfway through because I think I started too fast. I was trying to kick it in at the end, I have a pretty good kick (and) I had a decent finish, I ended up passing people at the end."

West Carter's Elizabeth Middleton was another state-meet veteran. She finished between Oldfield and Perry in 42nd with a time of 22:41.45. In her four previous races, she placed 68th, 10th, ninth and seventh. However, Middleton is only a junior and will have another shot next year.

Morgan County had a team entrant. The Cougars finished 33rd with 912 points.

Louisville Holy Cross was the boys' team champ for the third straight year. The Cougars recorded 61 points. St. Henry District was second with 83 points, followed by Beechwood with 158 points.

Bath County's girls had the day's best finish, placing 13th with 399 points. It has been a steady climb for the Lady Cats. It was the fifth straight appearance for coach Robin Tolle's group. Last year's squad was 14th, while the 2018 team was 19th. Bath County's best recent finish came in 2017, when it placed seventh. The 2016 Lady Cats also placed 18th in the Class AA meet.

“I was very happy with my team's performance at the state meet this year, considering how questionable the beginning of the season was with how we would be approved to start and end,” Tolle said. “I was very proud of the girls' team and how hard they worked this season. They set a goal of winning the region and I was so happy for them to reach their goal. Their 13th-place state-meet finish was close to where we anticipated the team to score, as we were hoping to be in the top 15.”

Menifee County's Taylor Parks earned a state bid as an individual. She finished 115th in 25:01.15.

Bishop Brossart benefited from having the top three individual finishers. The Lady ‘Stangs claimed the team title with 36 points. Kentucky Country Day was second with 96 points, followed by Villa Madonna in third with 118 points.