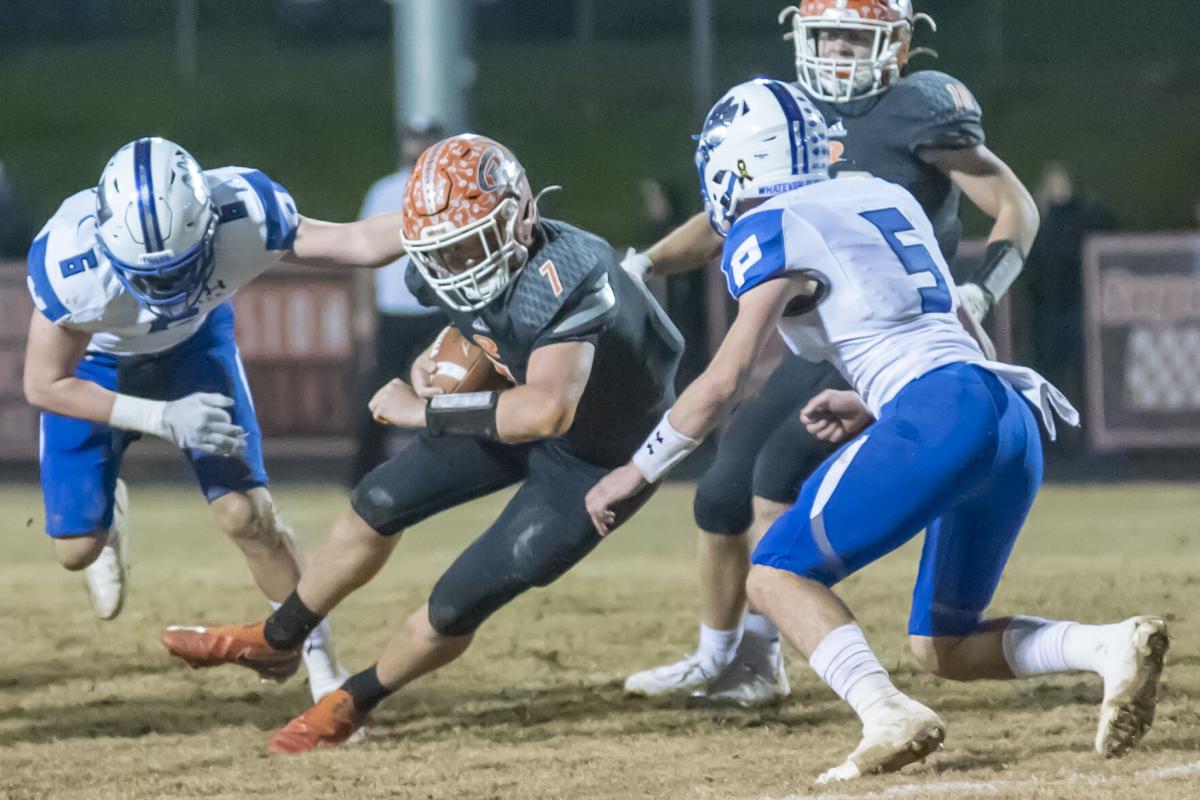 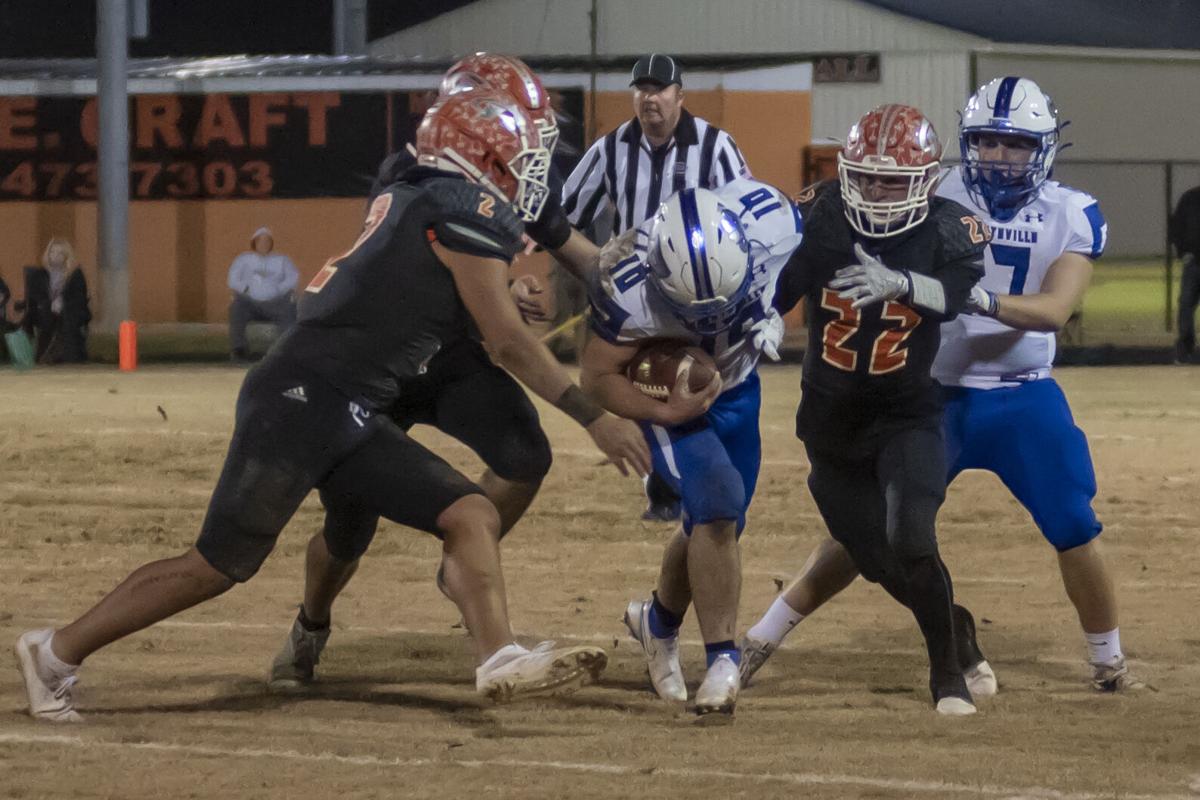 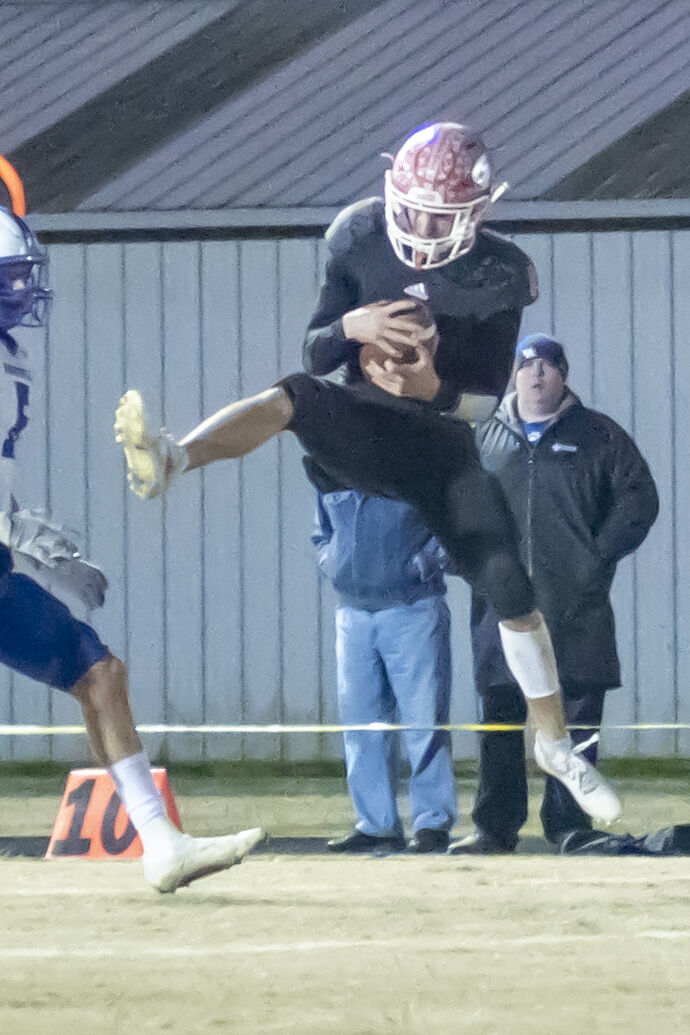 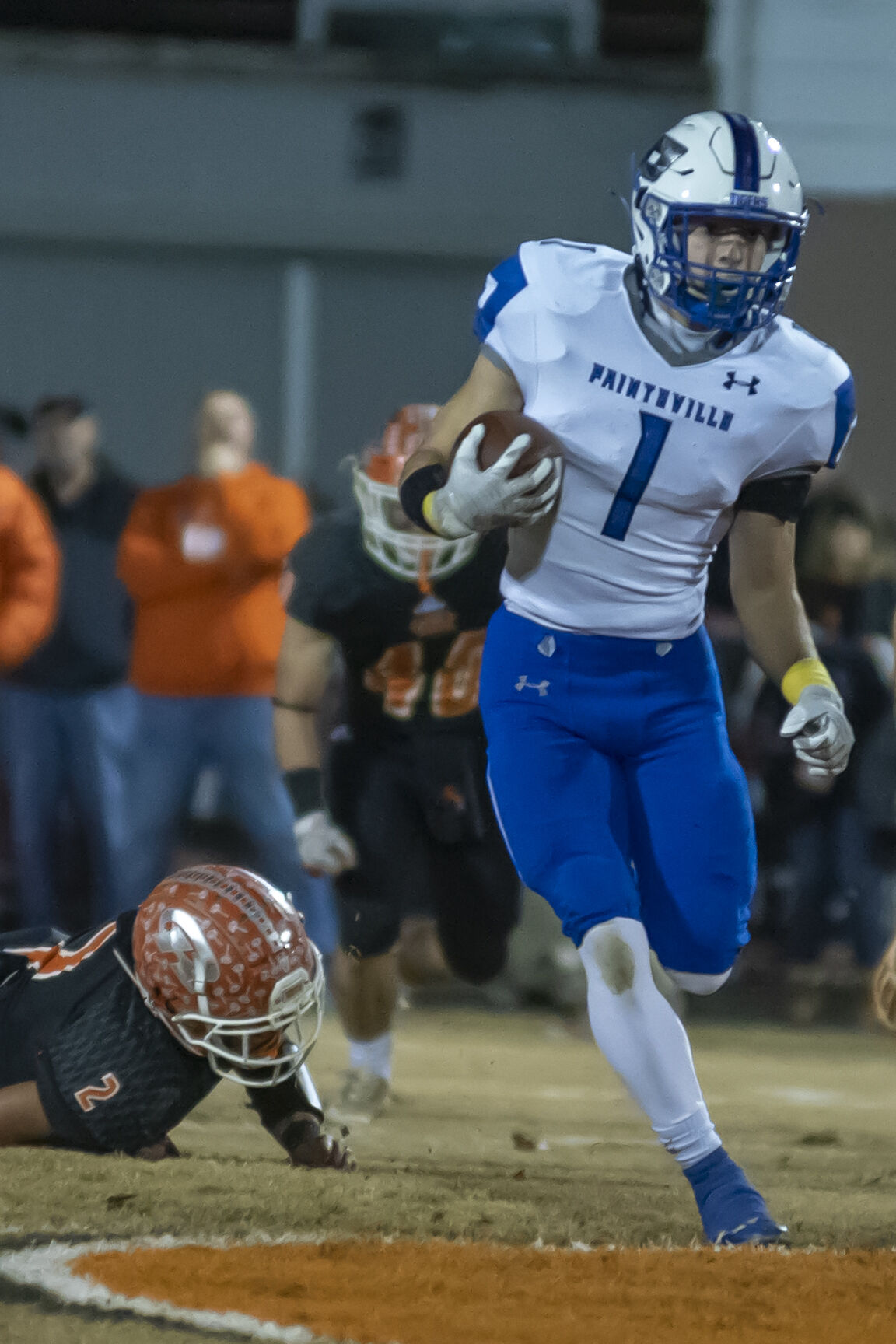 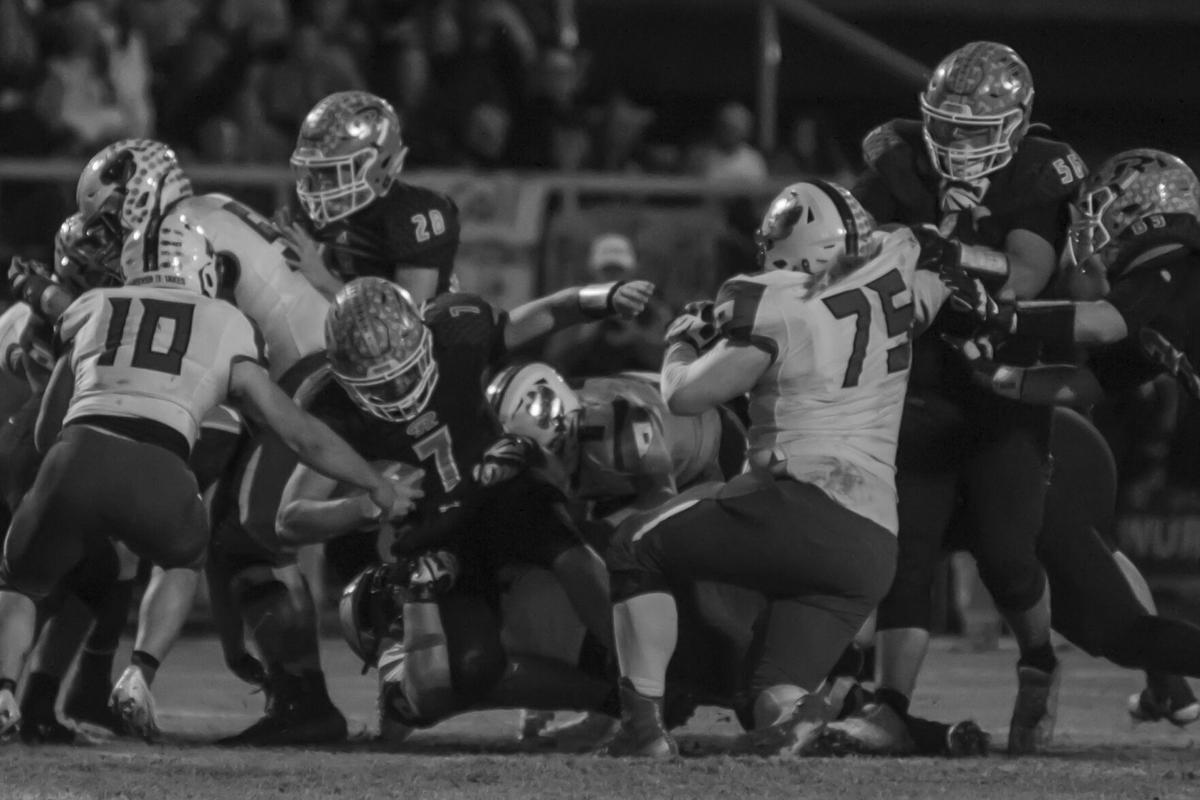 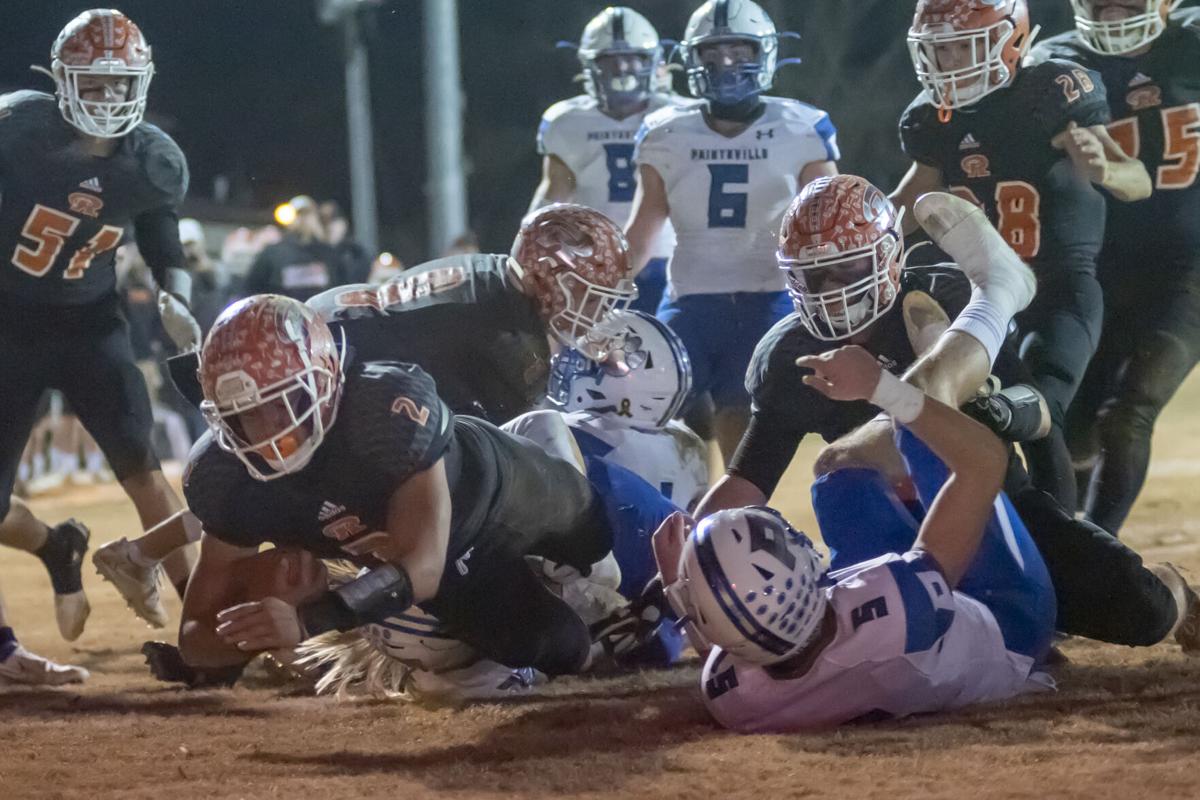 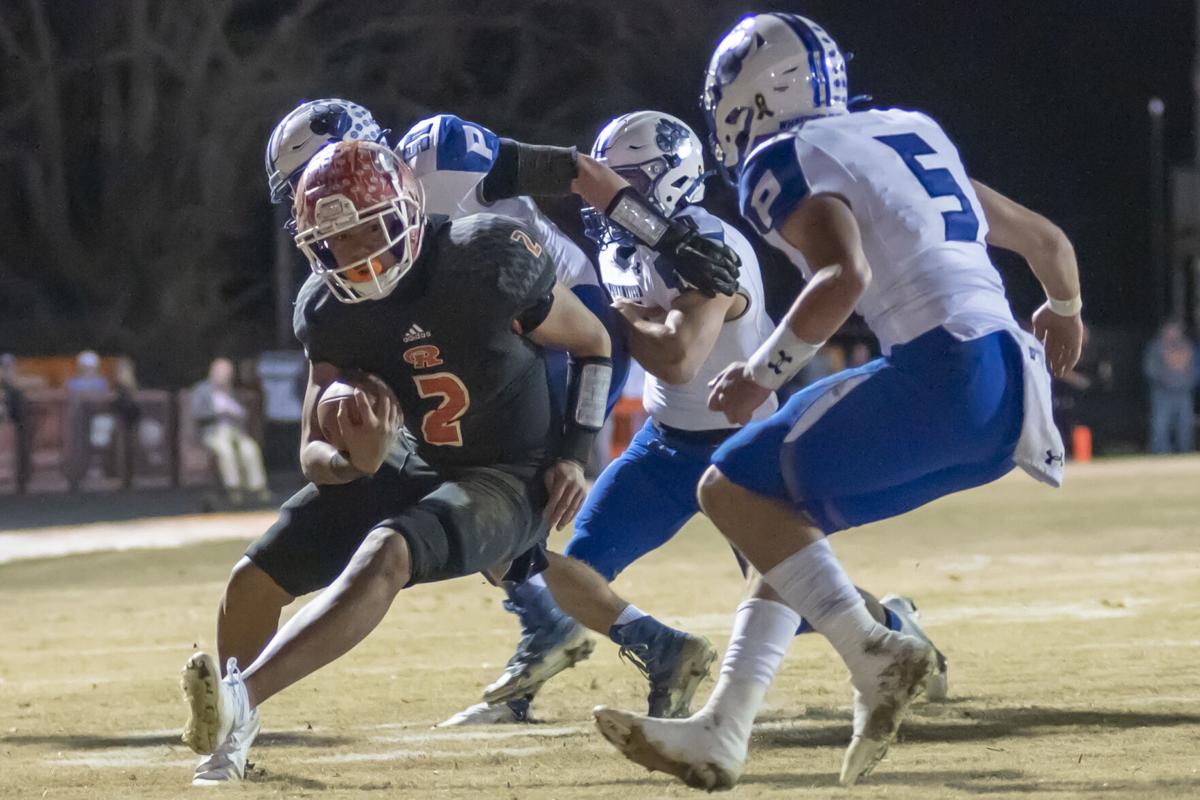 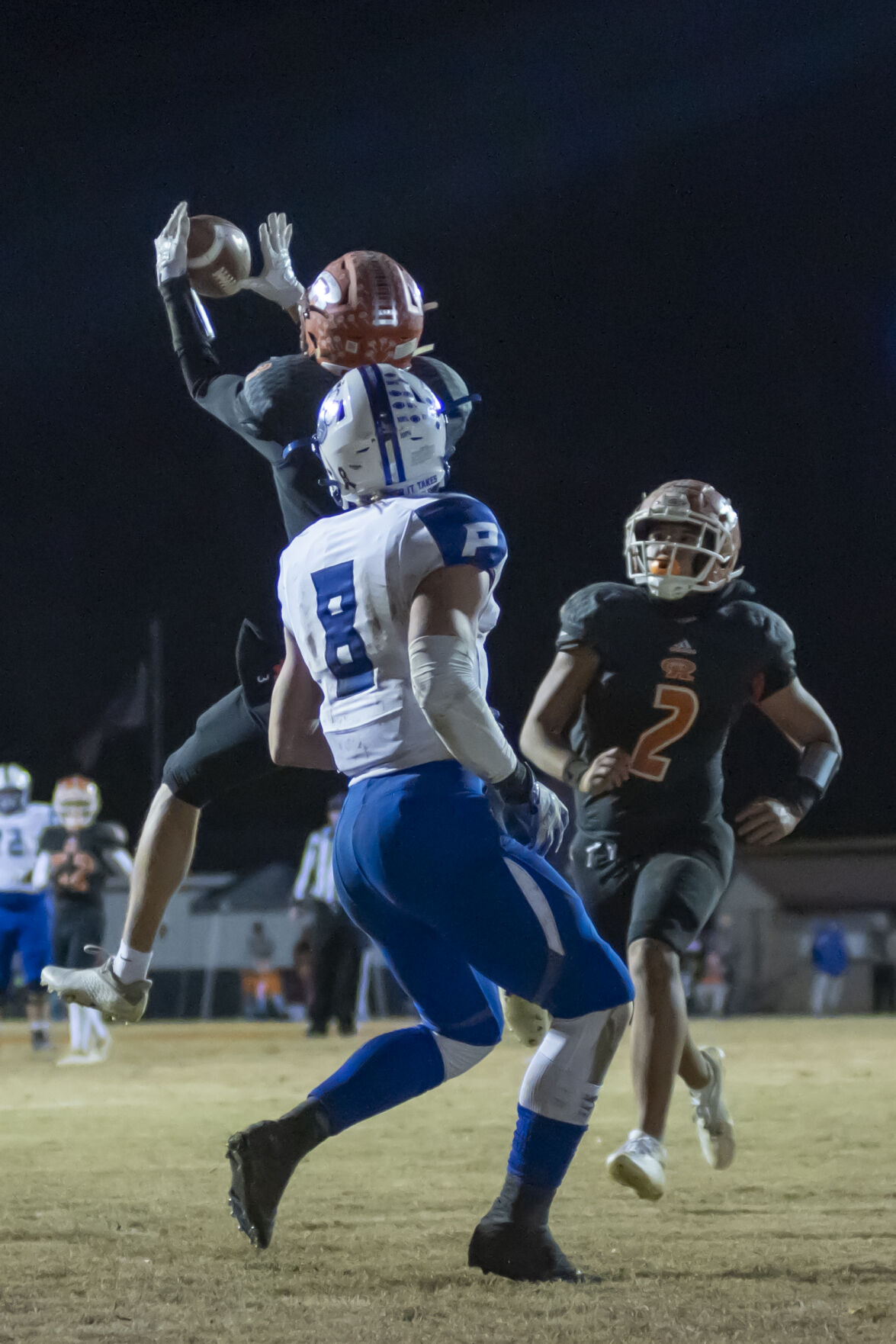 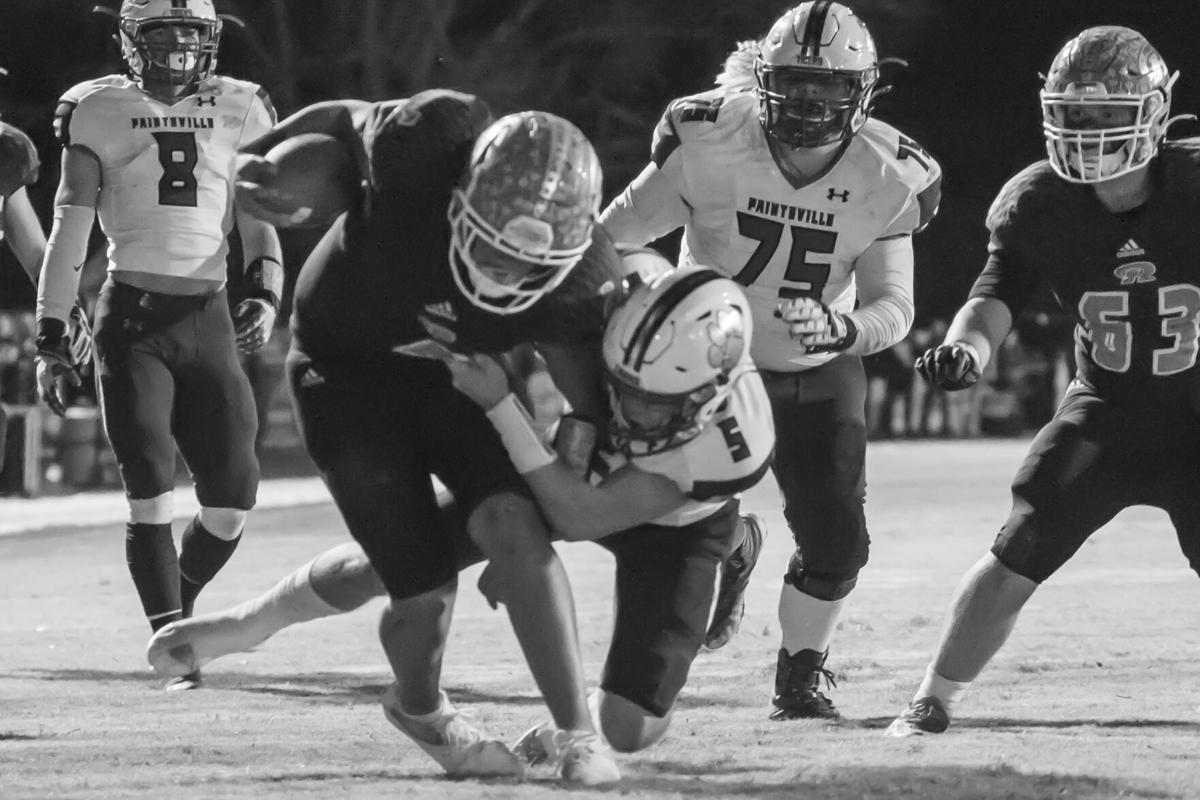 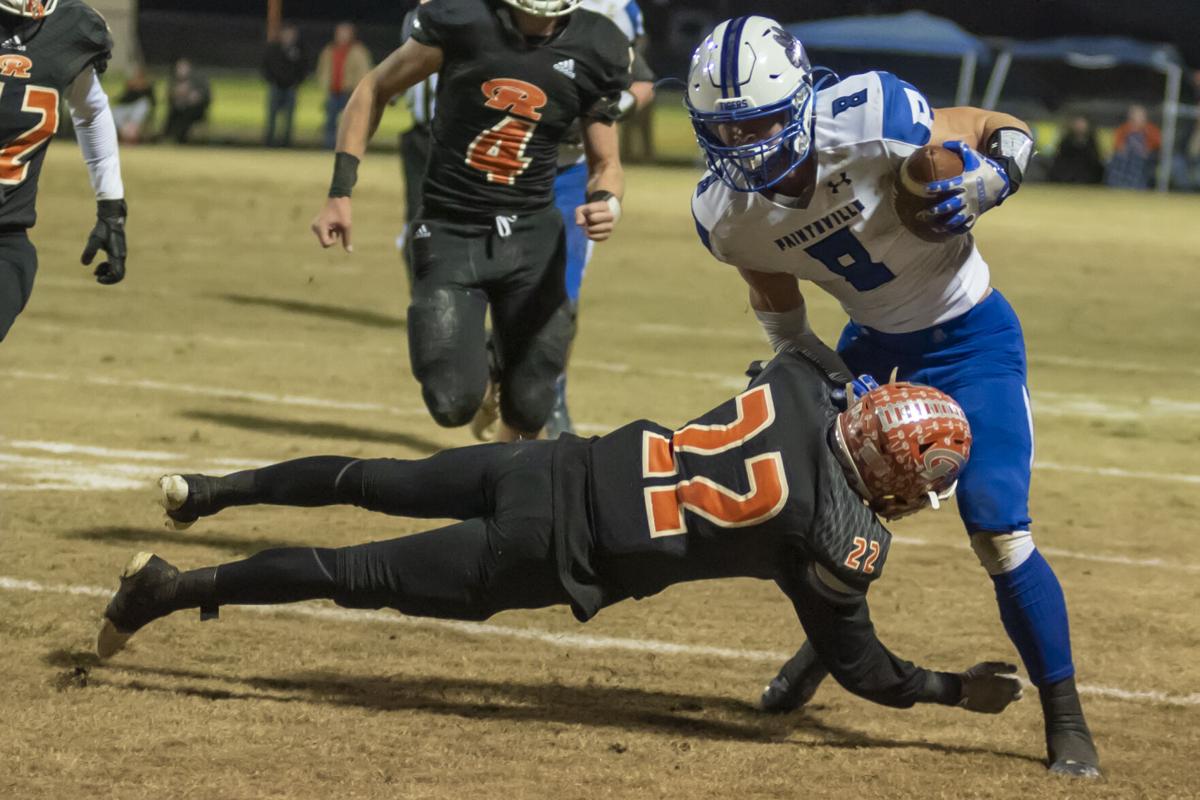 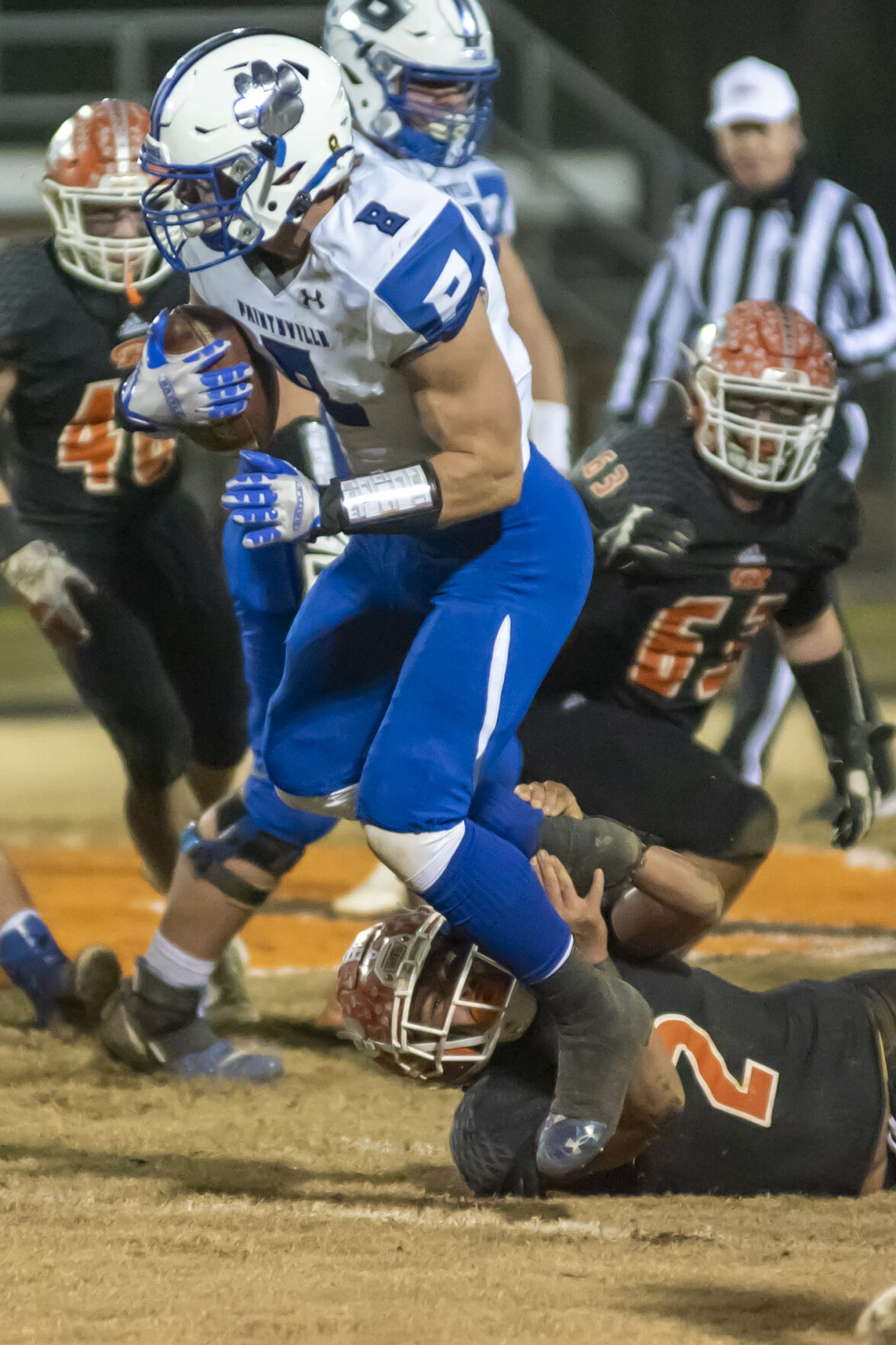 RACELAND Michael Salmons knew better than to think Raceland would beat Paintsville as comfortably Friday night as it did three weeks earlier.

And the Tigers did their part, staying tied with the Rams at halftime and still hanging within two scores and driving midway through the fourth quarter.

“The next thing you know, they’re down there getting ready to score and I’m sure an onside’s coming,” Salmons said, “so who knows what happens from there?”

Paintsville QB AJ James scrambled toward a potential 16-yard touchdown that would’ve gotten the Tigers within one possession. Newman, who had dropped back in coverage, came up to meet James at the Rams’ 2-yard line.

Newman jarred the ball loose and Wallace fell on it in the end zone for a touchback.

Five plays later, Wallace ran for his fourth touchdown to seal Raceland’s 28-14 victory in the Class A, District 6 championship game.

Asked the last time he had tallied four scores, the sophomore back thought and offered, “Uh, sixth grade?”

Earlier on defense, Wallace momentarily had the breath knocked out of him after taking a shot to his stomach, he said. He was the recipient, Salmons said, of a “good, clean, physical, high school football hit, and ring your bell a little bit and knock the cobwebs out and get you a drink of water and go again.”

He indeed went again, putting the Rams’ win away with scoring runs of 4 and 12 yards in the fourth quarter.

So did Paintsville, which scored on the first play from scrimmage on Harris Phelps’s 67-yard dash and stayed level with Raceland through a half with a trio of second-quarter defensive stands.

The Tigers’ Austin Allen blocked a 26-yard Rams field goal attempt on the second play of the second quarter. Grayson Peters recovered a Raceland fumble at the Paintsville 26 to end the Rams’ next possession, and another Raceland drive stalled on a turnover on downs at the Tigers’ 15.

The Rams took heart in having put themselves in those positions offensively, Salmons said, but knew they needed to take better advantage down the stretch.

Raceland’s 187 yards rushing in the second half — including 67 from Wallace and 70 by Isaac Browning — accomplished that.

“We believe the most physical football team’s gonna survive every Friday night,” Salmons said. “I felt like in the second half as it went on our rushing game started to lay on (Paintsville) and wear on them, and we were able to make some big plays and, fortunately for us, put the game away.”

Wallace credited “the holes” created by Raceland’s line, receivers and backs in front of him.

The Rams (11-1) limited the Tigers to 99 yards rushing after the first play. It was a matchup of Paintsville’s No. 6 rushing offense in Class A (211 yards per game) and Raceland’s No. 2 rushing defense (86 yards allowed per game).

“They load the box,” Hoskins said of the Rams. “They try to make you beat them throwing the football and just make you break tackles. We knew that going in. We had some opportunities to throw the football, and we did at times, we did what we needed to at times; just weren’t consistent enough at times.”

Paintsville (6-6) added Peters’s 8-yard scoring reception from James with 1:25 to go in the fourth quarter. But the Tigers couldn’t overcome two red-zone turnovers of their own — the late fumble and an interception by the Rams’ Conner Hughes at his own 2 in the final minute of the first half.

Defending Class A state champion Paintsville completed its first non-winning season since 2012 and sustained its earliest playoff exit since the year after that, but Hoskins feels good about the direction of the program, he said, and credited a “rock-solid” group of seniors that helped foster it.

“Our guys fought,” Hoskins said. “We went toe-to-toe. (Raceland) is a good football team, and to play them here at this place, it was a great atmosphere. We just didn’t finish in some spots that we needed to.”

The Rams’ Browning ran six times for 83 yards. He picked up 65 of them on the same play, running to the Tigers 7 to set up Wallace’s fourth TD.

Raceland, by virtue of RPI, will host Bishop Brossart next week. The Mustangs topped Nicholas County, 36-0, in the Class A, District 5 final on Friday night.