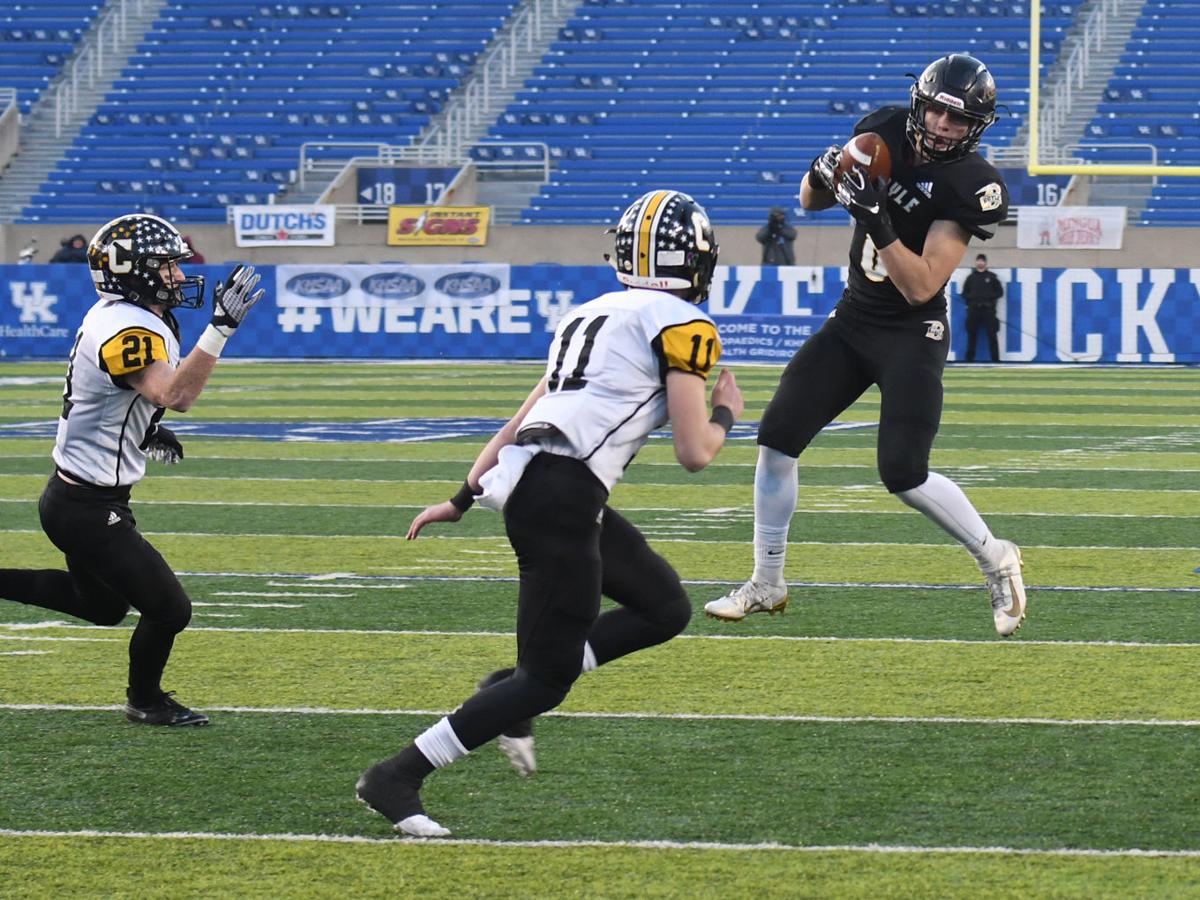 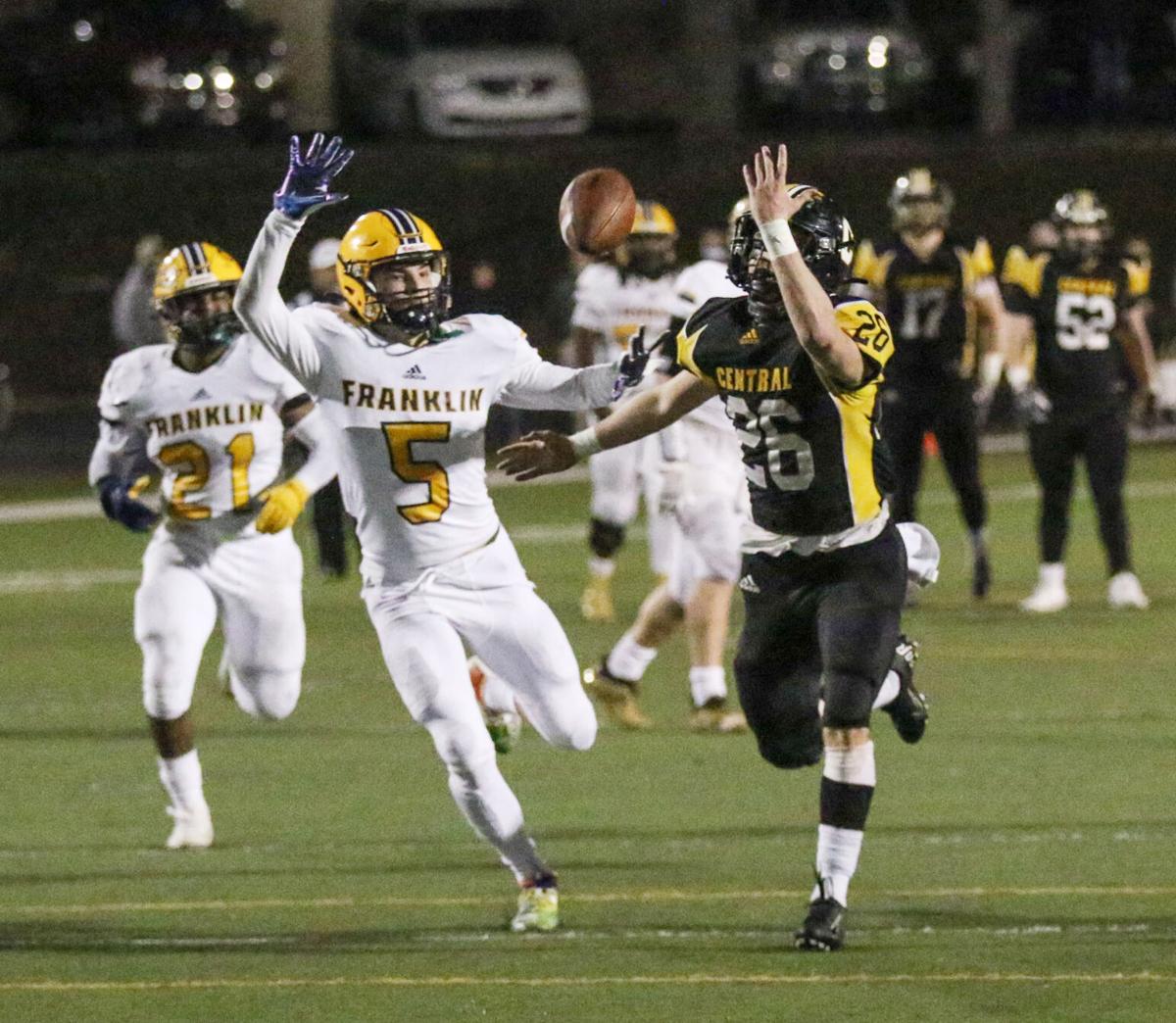 PAINTSVILLE Johnson Central wants to make sure it gets paid tonight in Corbin.

Legendary coach Jim Matney instilled numerous words of inspiration and encouragement to his players in his 18 years at the helm of the Golden Eagles program.

One phase has stuck with senior quarterback Grant Rice this season after the coach’s death on Sept. 28.

“It’s one of the stories that he always told us,” he added. “When he first started teaching, he got on his motorcycle, and his paycheck fell out of his back pocket. He lost it on his way home. He had a great way of taking anything and getting you fired up to go play football. He could turn anything into motivation.”

Matney’s message meant for players not to let hard work go unrewarded. The hours put in on the practice field would be negated without the best effort at game time.

The Golden Eagles keep living up to that mantra and cash in with playoff wins — 27, to be exact, in the past seven seasons. The stretch includes five consecutive trips to the state finals and two Class 4A championships.

“These kids have played for a winner the last four years in coach Matney,” interim coach Steve Trimble said,” depending on what grade they are in. He plants a winning attitude in their heads. They feel like they can beat anybody and that they are as good as anybody. When you get in the playoffs, as we know, games get tougher. They are harder to play and end up a lot closer.”

Trimble, a former player, coach, principal and superintendent at Johnson Central, spent every Friday night for nearly two decades talking and strategizing with Matney through headsets from the press box.

As Johnson Central’s principal in 2004, Trimble knew he was bringing in a winner when he hired his old rival and friend. Trimble and his family have been fully invested in the program since its inception.

“My brother played on the first football team here and five years later I played on this football team,” Trimble said. “I have been a part of this program ever since it started. I coached for four years, but that was 30 years ago. It’s been special to me. I’ve been fortunate to be on the headphones and talking to coach Matney for the last 17 years.”

The current Golden Eagles will venture into unfamiliar territory tonight at Corbin. It will be the first playoff road game for Johnson Central since a convincing 43-24 victory at Wayne County on Nov. 24, 2017.

Trimble has seen his team prevail away from Jim Matney Field with its toughness and skill.

“We had a COVID-19 forfeit (to Lexington Catholic), which is probably the reason that we are on the road this week,” Trimble said. “We have been to Belfry his year, Letcher County Central and Perry County Central. We have had some pretty tough games on the road. We have fared well in all those games. I don’t think that will be an issue for our kids.”

Rice has guided the Golden Eagles in hostile environments the last two years. He expects nothing less when they meet the Redhounds. The two teams met in the same round last year. Johnson Central pulled away for a 28-14 win.

It doesn’t matter on the playing field. Rice said all the team needs is 120 yards of space to operate.

“It’s going to be a rowdy atmosphere,” Rice said. “We know that, and we know we have to keep our heads on straight. We just need to make the same plays we always make to try and come out of there with a win.

“We have a chance every time we line up on the football field, knowing that if we do what we do, we will win.”

After Mason Lawson’s injury, the Golden Eagles running game has continued to chew up yardage. Freshman Zack McCoart leads the pack with 880 yards and 13 touchdowns.

“Coach Matney has instilled that mindset in us,” Rice said. “It’s a great thing to be a part of. We don’t expect anything else but to win. Not only that, but to win big. We have been taught to be really competitive and be hungry to make big plays.”

Added Trimble: “The expectations are very high. They have been a part of setting those expectations by playing well and being a good football team. We are known for being a tough, hard-nosed team that will come at you and play hard.”

Johnson Central will play with added incentive. A win could set up a possible state semifinal rematch with Franklin County at home.