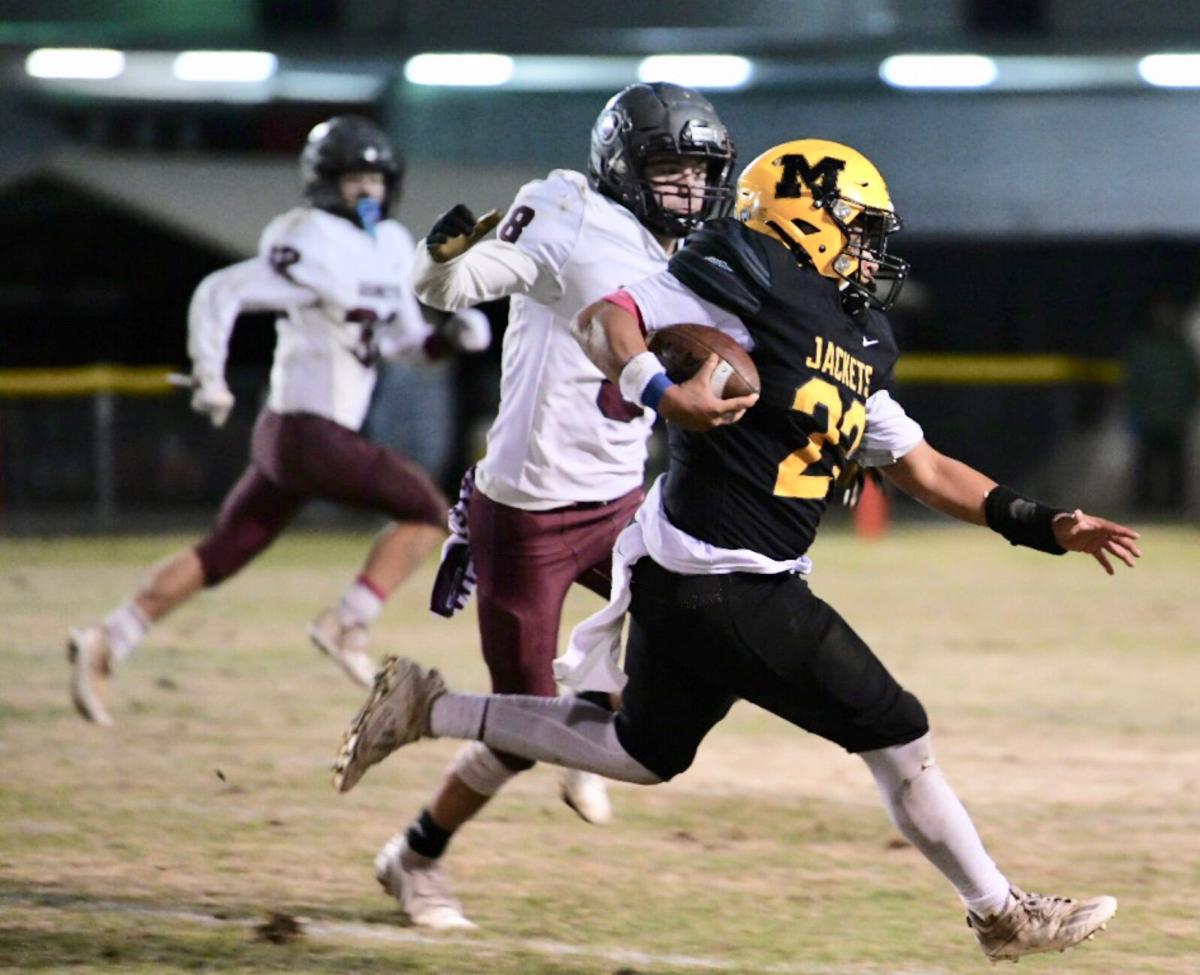 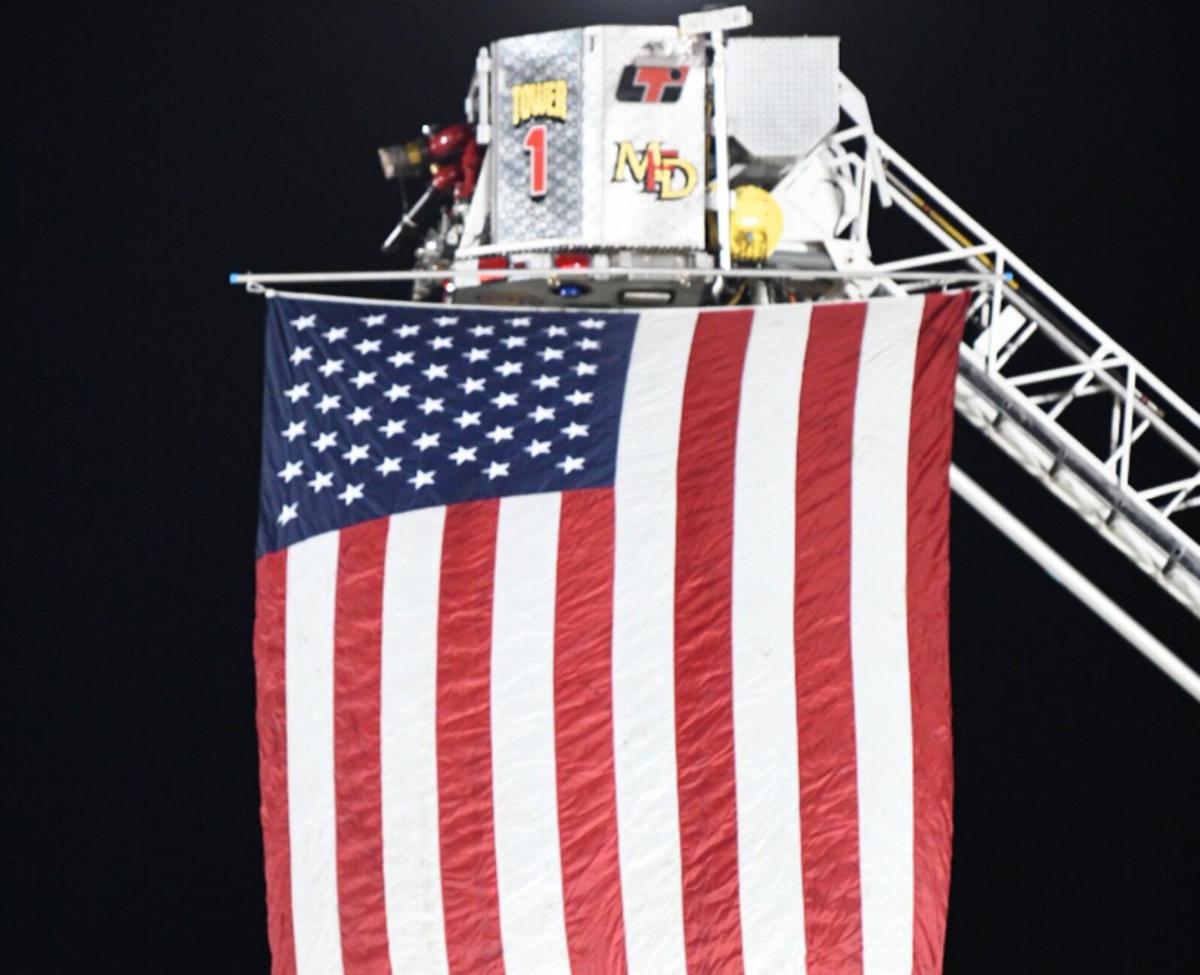 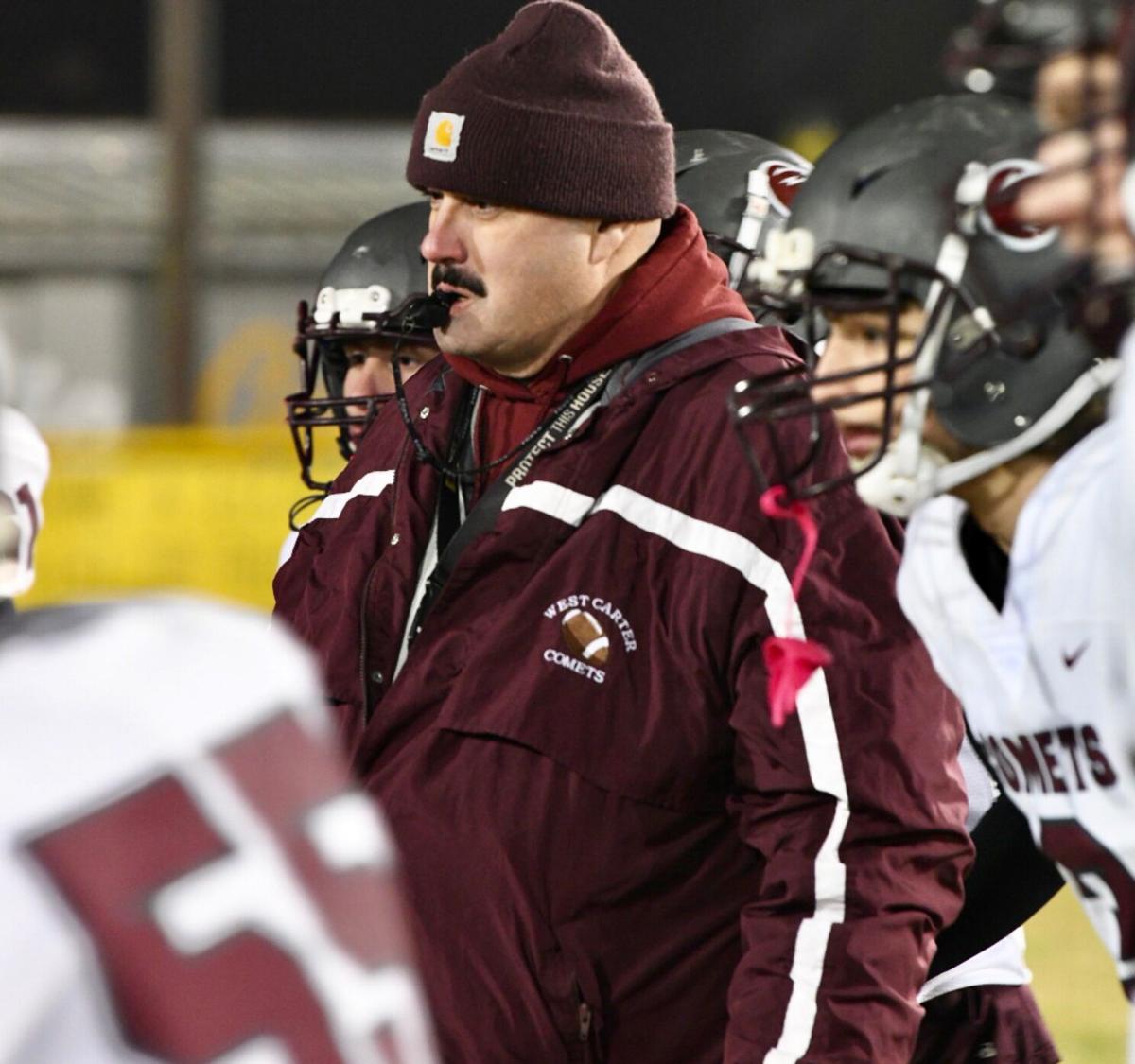 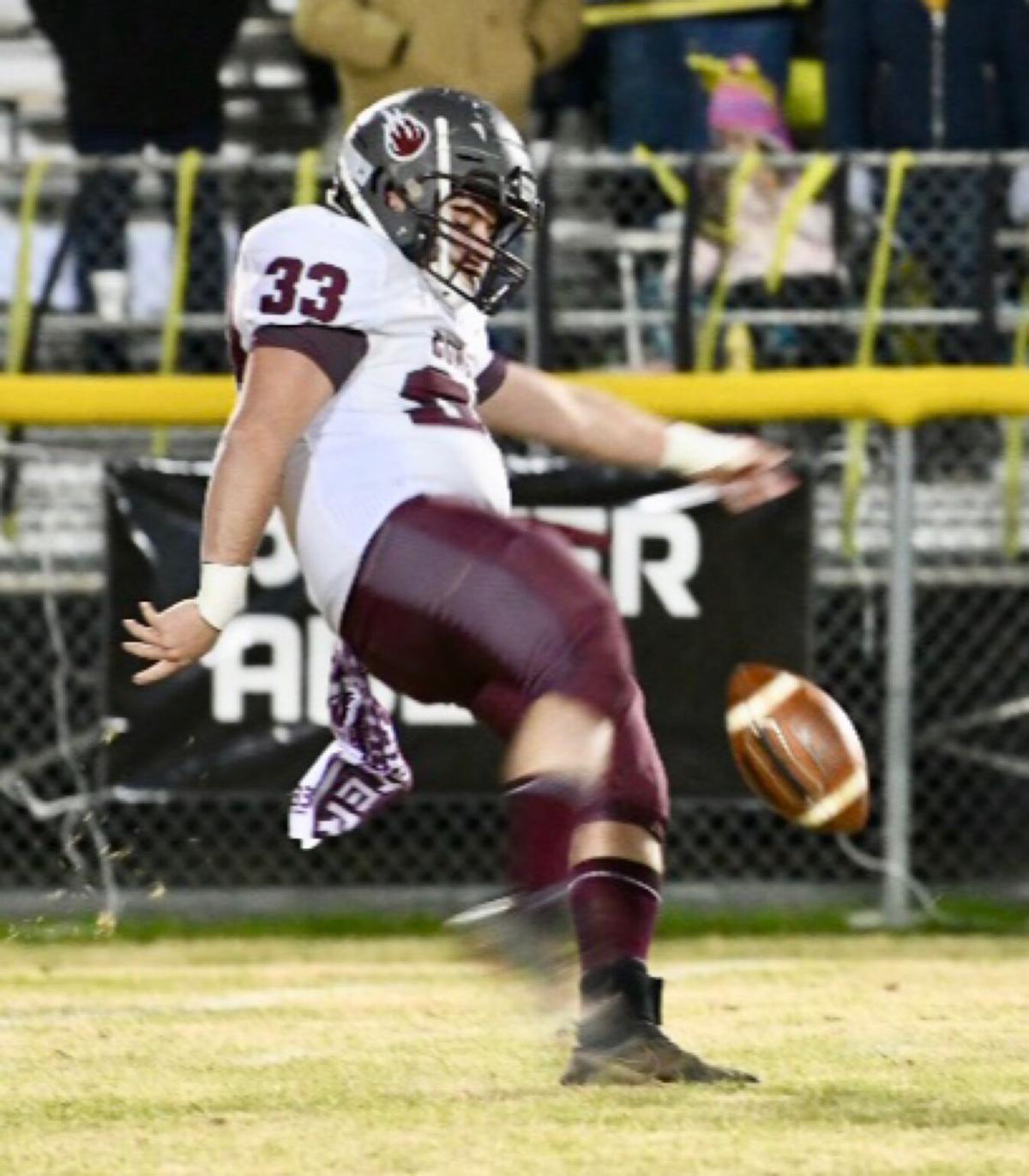 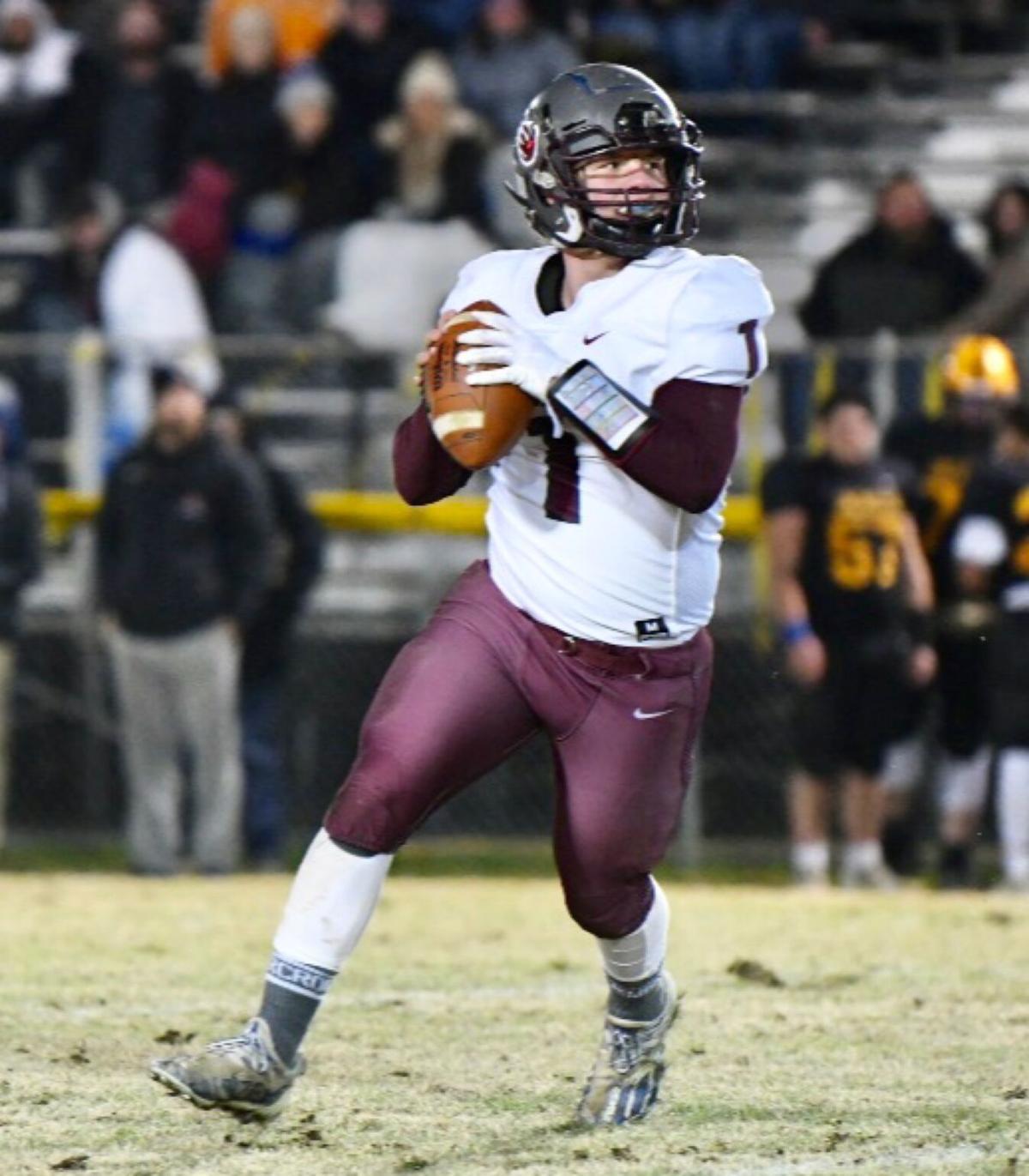 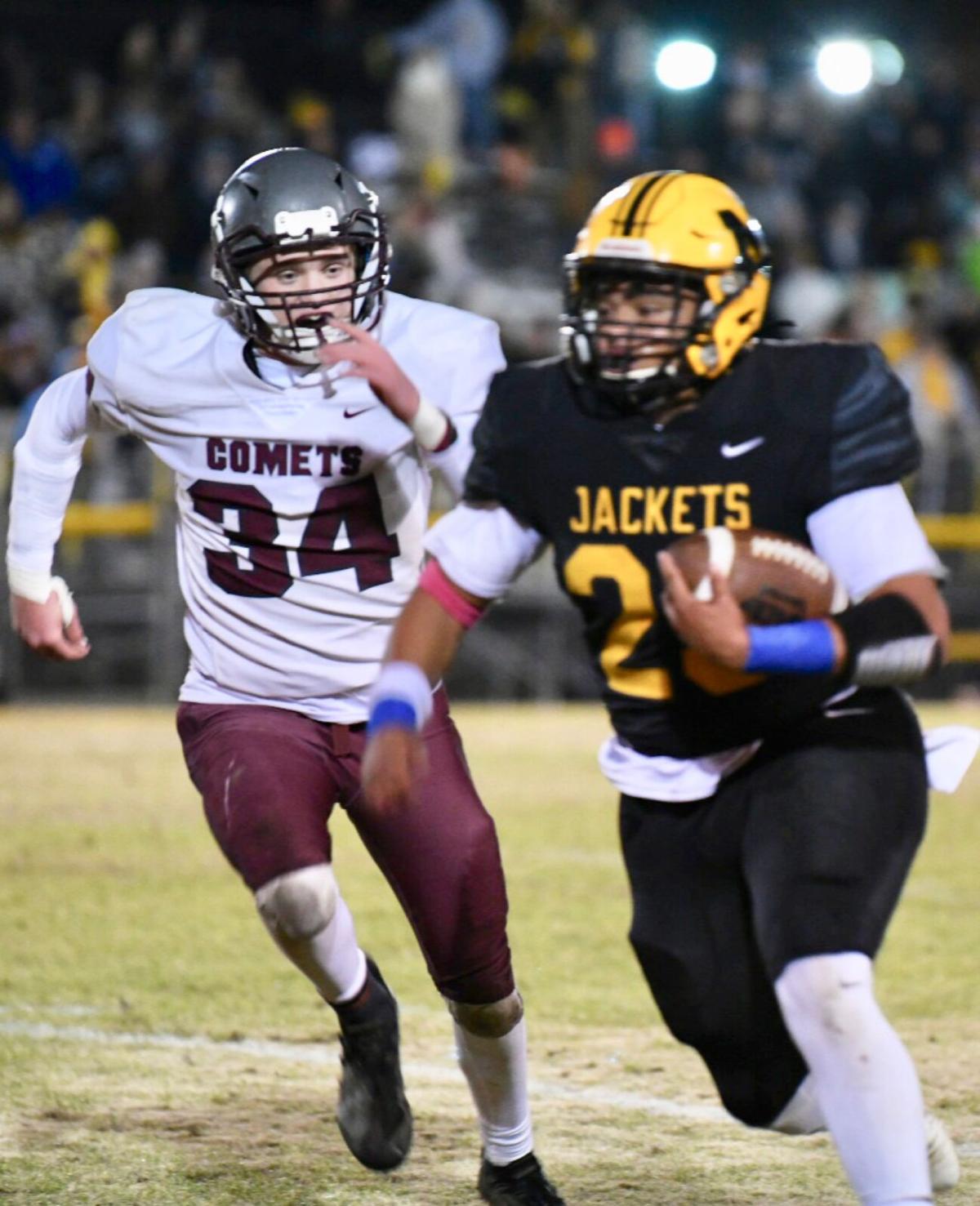 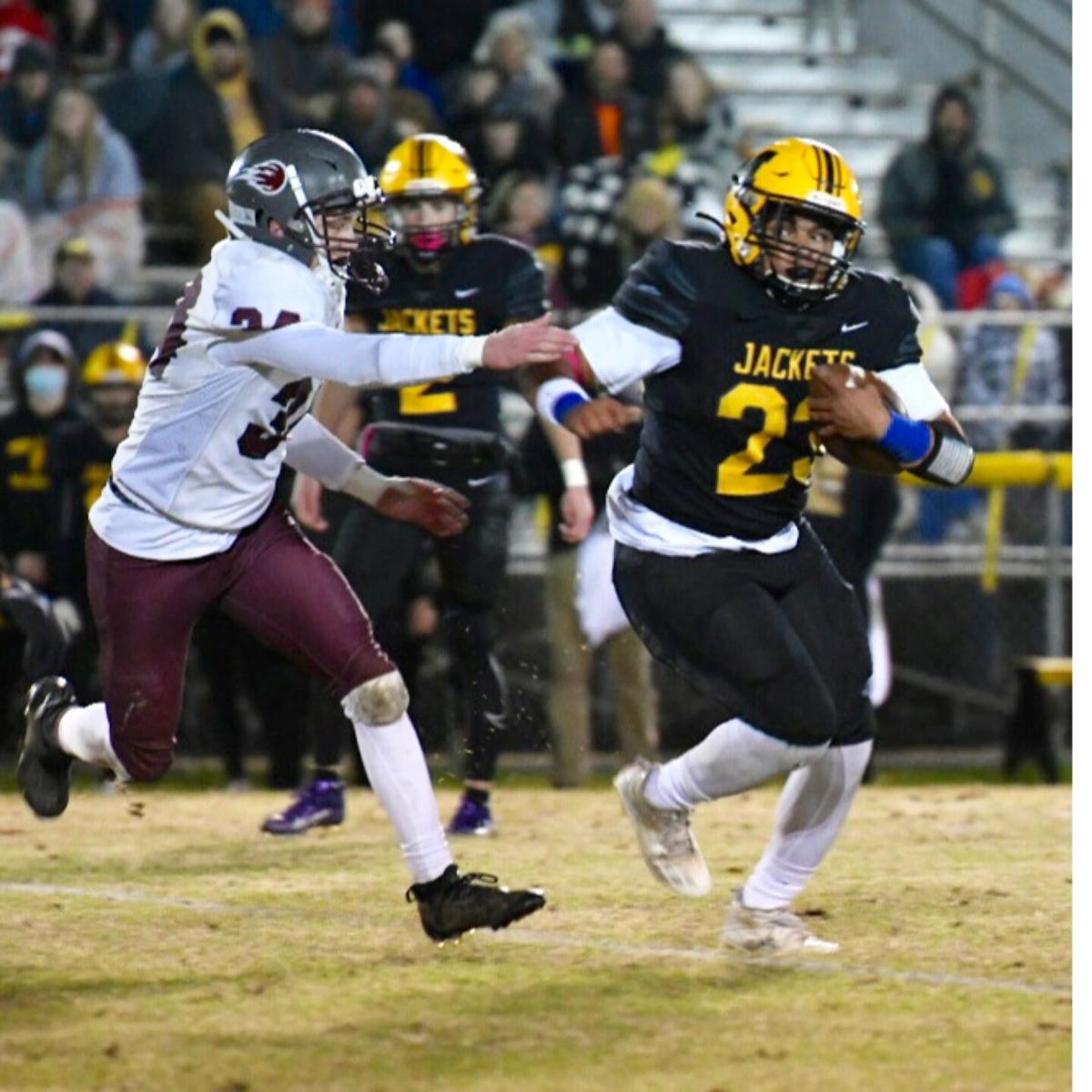 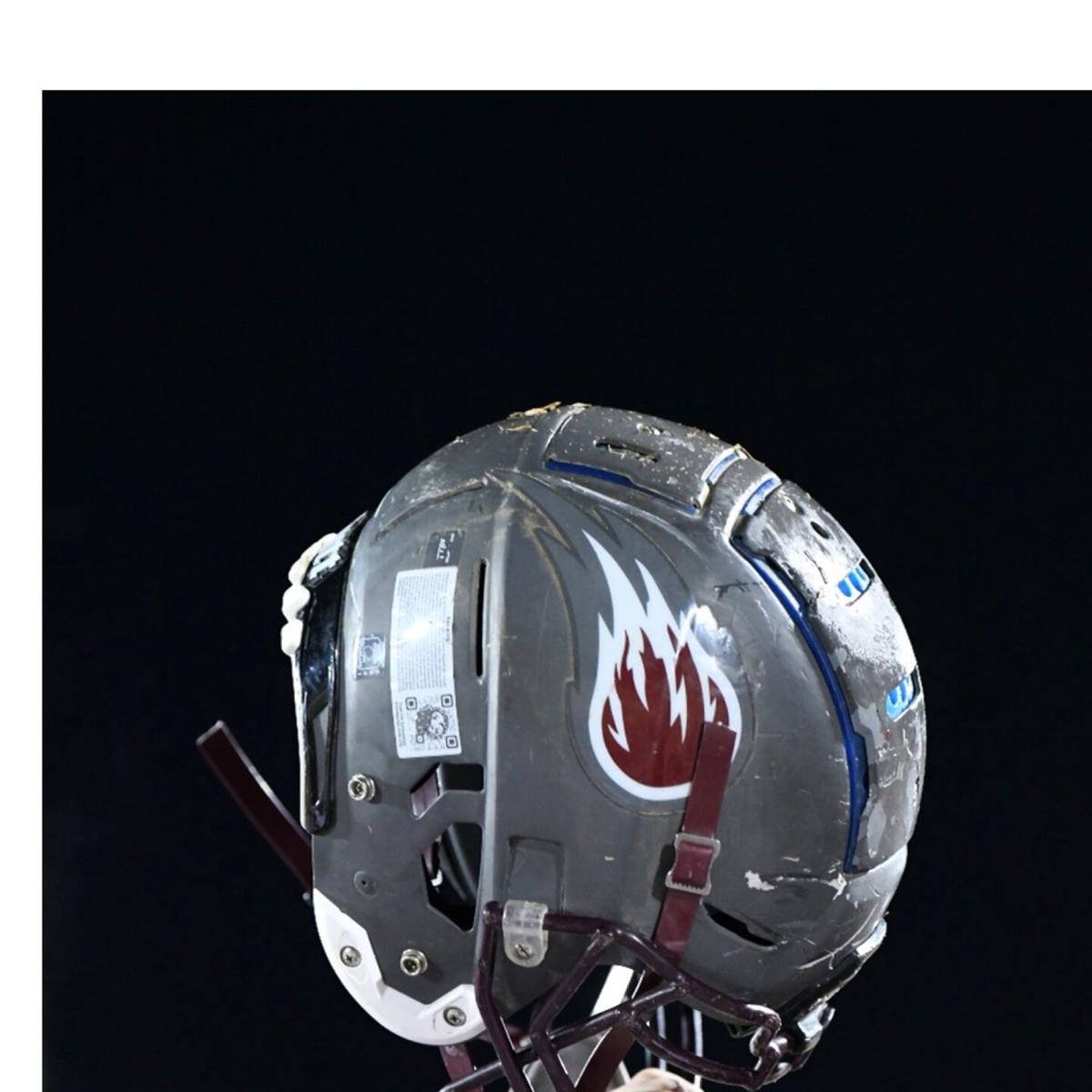 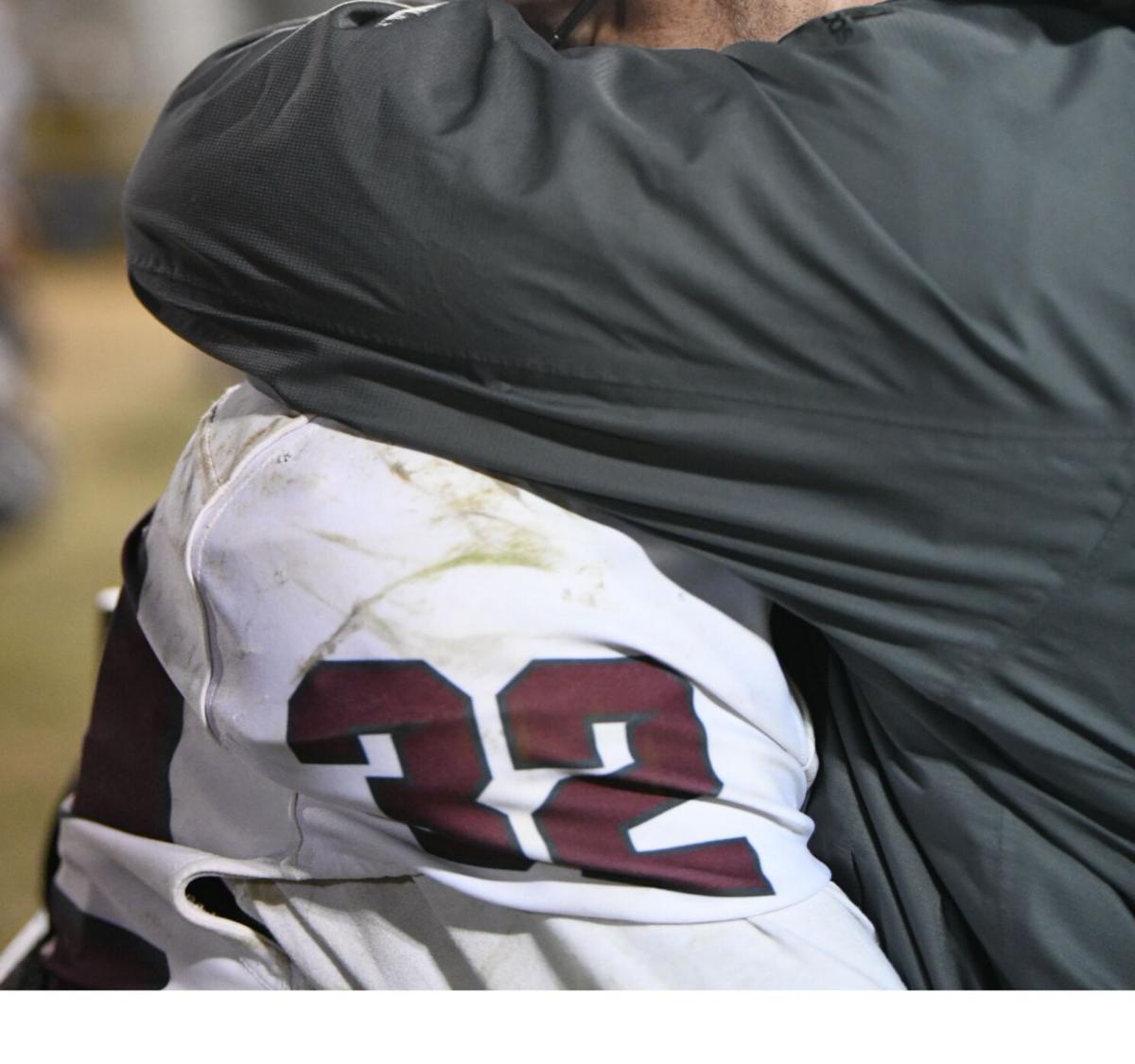 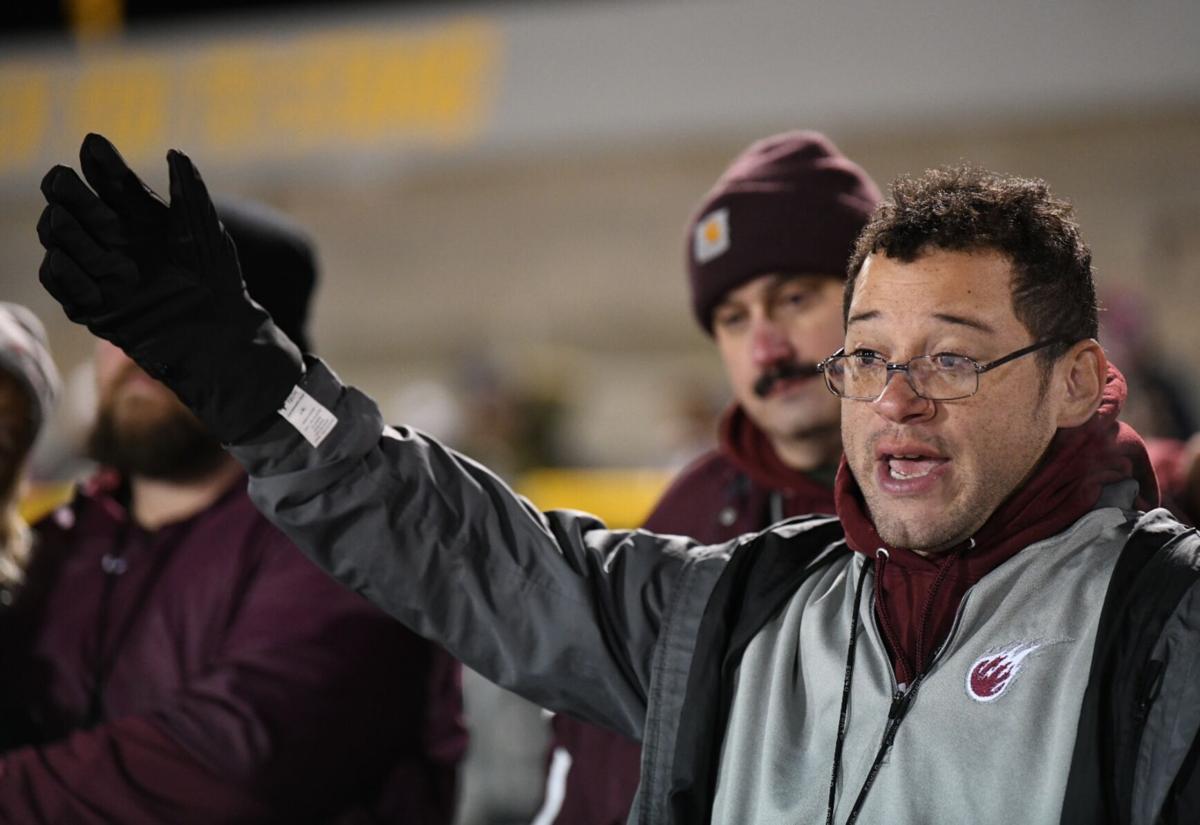 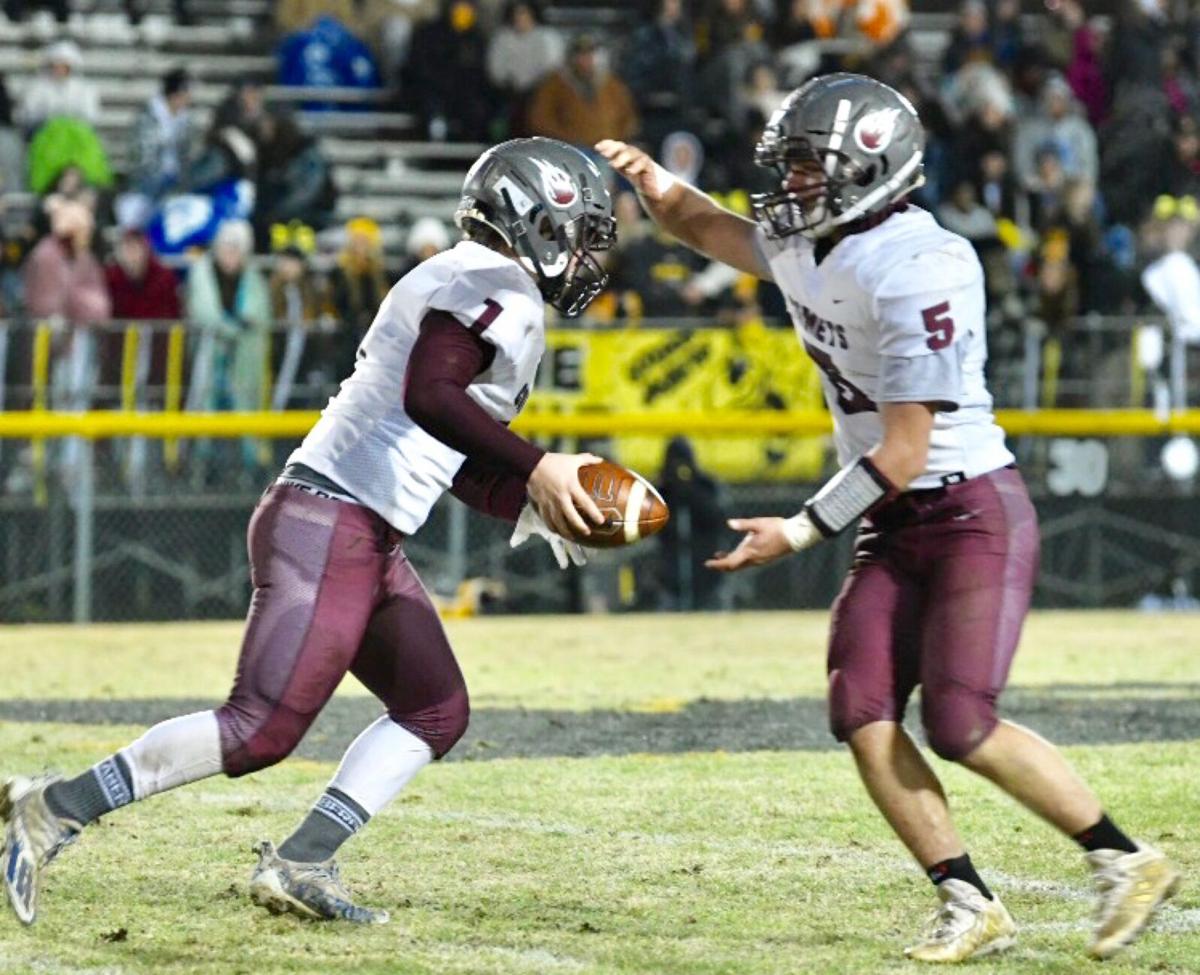 West Carter's 2021 season abruptly ended with Friday's 33-6 Class 2A state quarterfinal loss to Middlesboro at Bradner Stadium. The Comets finished at 9-4, and the Yellowjackets improved to 13-0 and take on Lexington Christian next week.

Barker talked about getting into too big a hole in the first half, but he also spent much of the postgame huddle praising the 13 seniors who finished their high school careers.

“Everybody that comes through this program going forward – juniors, sophomores, freshmen, middle school, JFL (Junior Football League) – everybody that cares about West Carter is in your debt,” Barker said. “Forever.”

“It shows what all we've been through as seniors,” tight end/linebacker Sam Jones said. “It's always been a crazy year. Seniors just pushed through it every year. We never stopped.”

The Yellowjackets dominated the game in every way possible.

Individually, Caleb Bogonko ran for 160 yards and two touchdowns. Cayden Grigsby topped it with 84 on the ground and 188 passing, including two scores to Jay West.

Middlesboro's first three plays Friday were a foreshadowing of what misery awaited the Comets.

Grigsby started with a 10-yard run. The next snap, Bogonko appeared to be stopped trying to get around right end – except that he pivoted, went left and gained 34 yards, followed by his 30-yard run for the touchdown.

Going into Friday, Crampton averaged 6.7 yards a carry. Middlesboro, however, limited him to 3.2.

“I'm pretty sure their game plan was to target me,” Crampton said. “Our line tried the best they could. The gaps, the holes, they just weren't there.”

Middlesboro coach Larry French said his players usually knew where Crampton was going about the same time Crampton did.

“We did a good job of tackling,” French said. “We forced them to throw the football, and our secondary broke on the football well.”

The Yellowjackets took a 13-0 lead on Grigsby's 2-yard run with 44 seconds to go in the first quarter. They expanded it to 19-0 when Grigsby found West for a 34-yard score with 3:29 left in the second.

By the third quarter, Grigsby had no compunction about throwing long passes – especially when they worked. A 47-yarder to West – over three Comet defenders – put Middlesboro at the West Carter 26. Two plays later, he rolled left and found West for a 9-yard touchdown.

After West Carter senior Kaden Wilson picked off Grigsby late in the third, the Comets uncorked their best drive. Eli Estepp hit Jackson Bond for 7 yards and found Blake McGlone for 11 and 14, and Crampton finished the drive with a 9-yard-run as time expired.

“We could not ask for better young men,” Barker said. “We love you with every fiber of our being.”