Police: 1 dead in drive by shooting at school bus stop 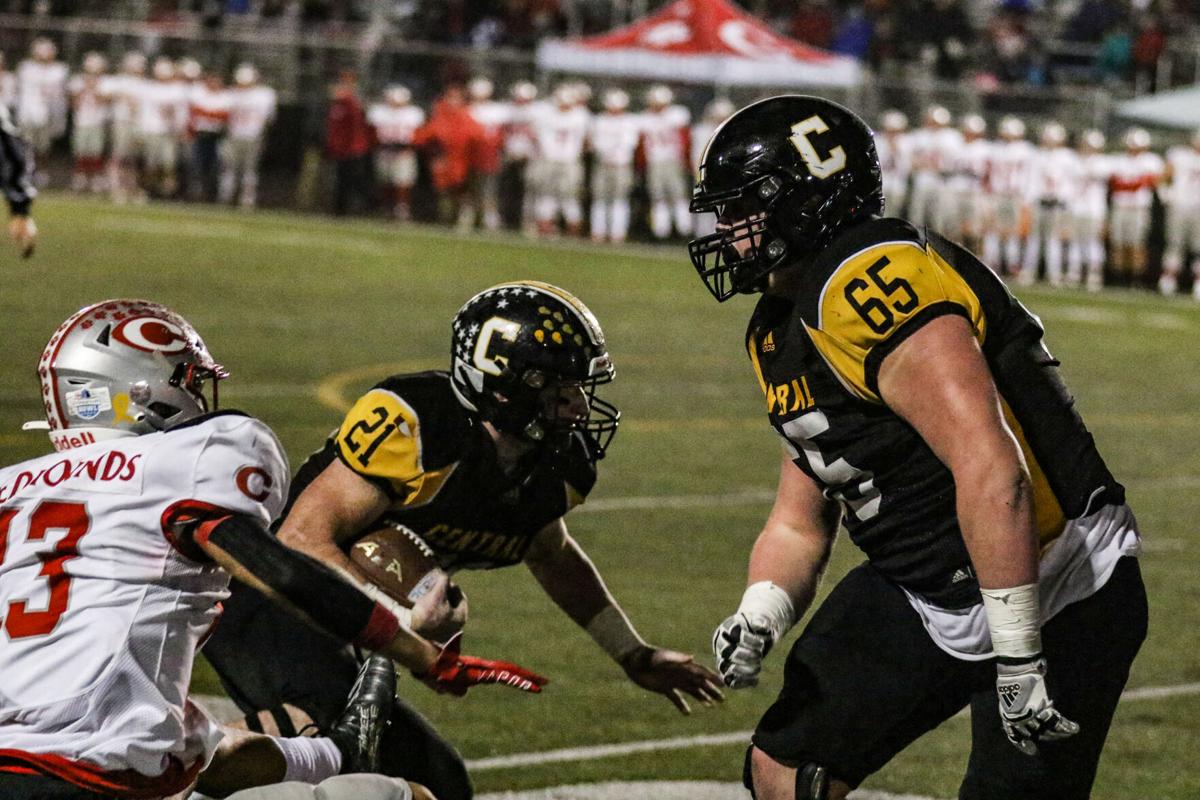 Johnson Central’s Grant Bingham sends Corbin’s Treyveon Longmire out of bounds with a block to enable Dylan Preston to cut back and find the end zone during the second quarter of Friday’s game. 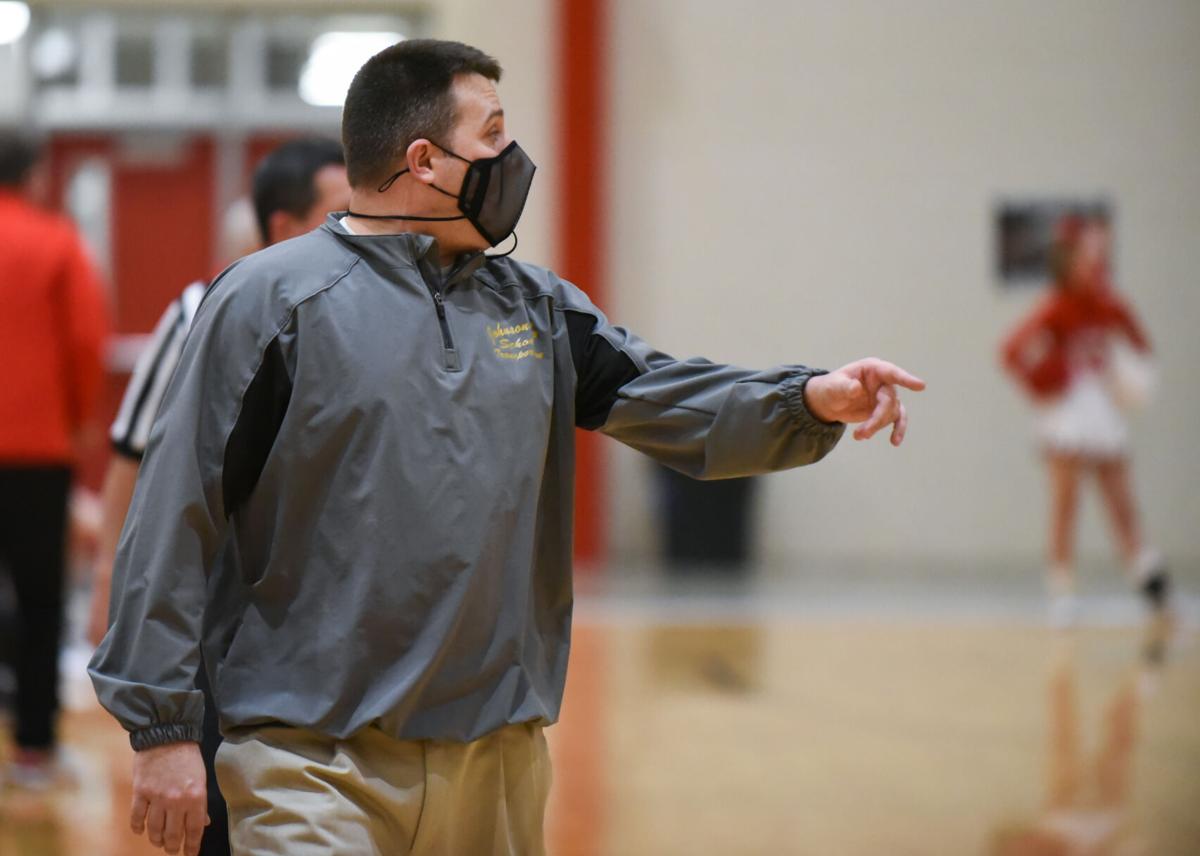 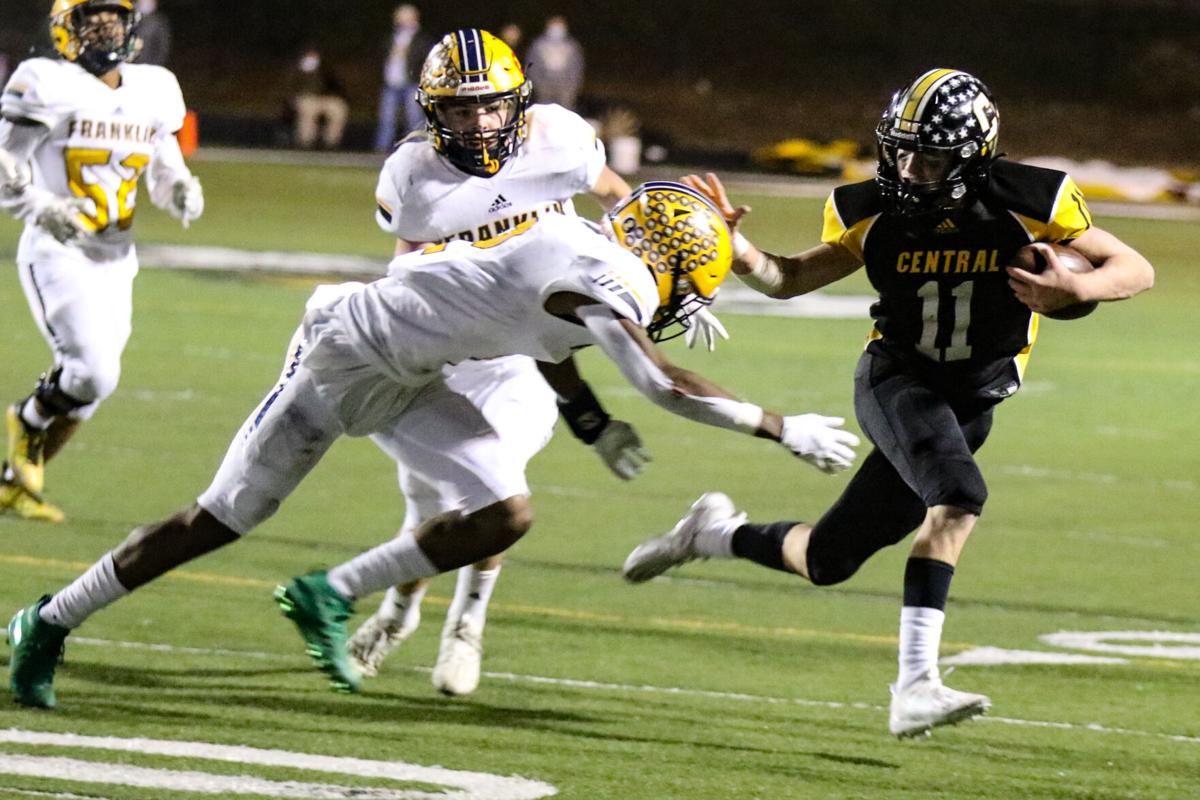 Johnson Central’s Grant Bingham sends Corbin’s Treyveon Longmire out of bounds with a block to enable Dylan Preston to cut back and find the end zone during the second quarter of Friday’s game.

Johnson Central's football program has had trouble for years filling a 10-game schedule with teams from the area or for that matter from Kentucky. So when the Golden Eagles and an upstart program from Columbus, Ohio made contact two years ago, Johnson Central was compelled to consider it.

"That was one of the things that was attractive in the beginning about Bishop Sycamore -- they were willing to play any day of the week, any time we wanted, any year we wanted," Golden Eagles athletic director Tommy McKenzie said.

"Obviously, we understand why now," McKenzie added with a weary chuckle.

Johnson Central canceled on Tuesday a game scheduled for Friday against Bishop Sycamore, two days after the Centurions were blown out on national television and in the process exposed as allegedly having lied to organizers about college offers their players had received.

“Bishop Sycamore told us they had a number of Division I prospects on their roster,” ESPN announcer Anish Shroff said Sunday during the broadcast of the Centurions' 58-0 loss to IMG Academy, of Florida, in Canton, Ohio. “To be frank, a lot of that we could not verify. They did not show up in our database; they did not show up in the databases of other recruiting services."

In the days since, regional and national media outlets have reported that Bishop Sycamore isn't actually a school, that it features players that are in their 20s and/or have competed at the junior college level, that its since-fired coach, Roy Johnson, has an active bench warrant, and that Sunday's loss was the Centurions' second game in a span of three days -- indicating the program doesn't operate by orthodox means with traditional standards of safety.

Meanwhile, Johnson Central, whose game scheduled for last Friday against Lexington Catholic was canceled for COVID-19 reasons, watched as its next best chance to take the field spiraled out of control on a national scale.

"In 10 years as athletic director," McKenzie said, "nothing beats the last two days. I'll be honest."

The Golden Eagles beat the Centurions -- also going by the name "YouthBuild" at the time -- 34-8 on Sept. 20, 2019. Some drama emerged at the time, McKenzie said, regarding whether or not Johnson Central could play Bishop Sycamore in compliance with KHSAA rules, because Bishop Sycamore is not and was not an OHSAA member, but it was determined that was acceptable and the game went on.

They were also scheduled to meet in 2020, but that game was wiped out when the KHSAA pushed the start of the season back to Sept. 11 due to COVID-19. It would have been called off anyway due to a coronavirus scheduling limitation that prevented KHSAA schools from playing teams based in out-of-state counties that do not border the commonwealth.

Johnson Central got Bishop Sycamore on the schedule again for this year, which made McKenzie happy because it was part of a full regular-season slate.

"I was happy to have a 10-game schedule. We were excited," McKenzie said. "We were just like, man, it's finished, and there's a burden that's gone."

Then came Sunday and with it ESPN's assertion on its broadcast that it and a third-party organizer had been, at best, misled by Bishop Sycamore, and an ensuing stream of negative revelations for the Sycamores.

"After Sunday, it has been a nightmare," McKenzie said, "because we have also been doing some research about the validity of their program. We were under the impression that this team was basically an online, prep-type school, kind of like IMG. ... But by the time we got our digging done, everybody else had had their digging finished, and here we are."

What that digging found was an unsuitable opponent.

"The final straw for us was, is this a valid program if they're permitting 20-year-old kids, juco kids, to play?" McKenzie asked rhetorically. "We didn't want to put our kids at risk.

"Obviously we beat (Bishop Sycamore) pretty handily the last time that we played. Is that the same roster? I don't know if that's the same roster makeup, but we don't want our kids getting on the field with 20-, 21-year-old kids, it doesn't matter how good or bad the teams are. That's just not a very good situation."

The negative press the Centurions have received only made that more clear, McKenzie said. That even included Ohio Gov. Mike DeWine's statement Tuesday that he's asked the Ohio Department of Education to investigate whether Bishop Sycamore complies with minimum standards and provides "the educational opportunities Ohio students deserve.”

"To be perfectly transparent, optically, it was bad. It was bad all the way around," McKenzie said. "If there's a program out there that is condoning some of those things, and their coach obviously has a history ... we just didn't want that kind of publicity being drawn to our program."

McKenzie said Johnson Central has had trouble finding games locally because it's the biggest school in the 15th Region and the strongest Class 4A program around -- an assertion borne out by the Golden Eagles' five consecutive trips to the state final, which included two triumphs, before that streak was snapped last year.

McKenzie also said the Golden Eagles are happy to play teams from Kentucky's metropolitan areas, but can't consistently get them to travel to Paintsville.

McKenzie said he will "spend a little more time vetting" potential out-of-state opponents in the future to avoid similar situations. For now, he feels confident canceling this game, even with pressure to play due to COVID-19 scheduling havoc and RPI imperatives, is the right call.

"At the end of the day, I would rather people look at us and say, 'They did the right thing,'" McKenzie said, "as opposed to, 'Well, they just wanted to play a football game.'"