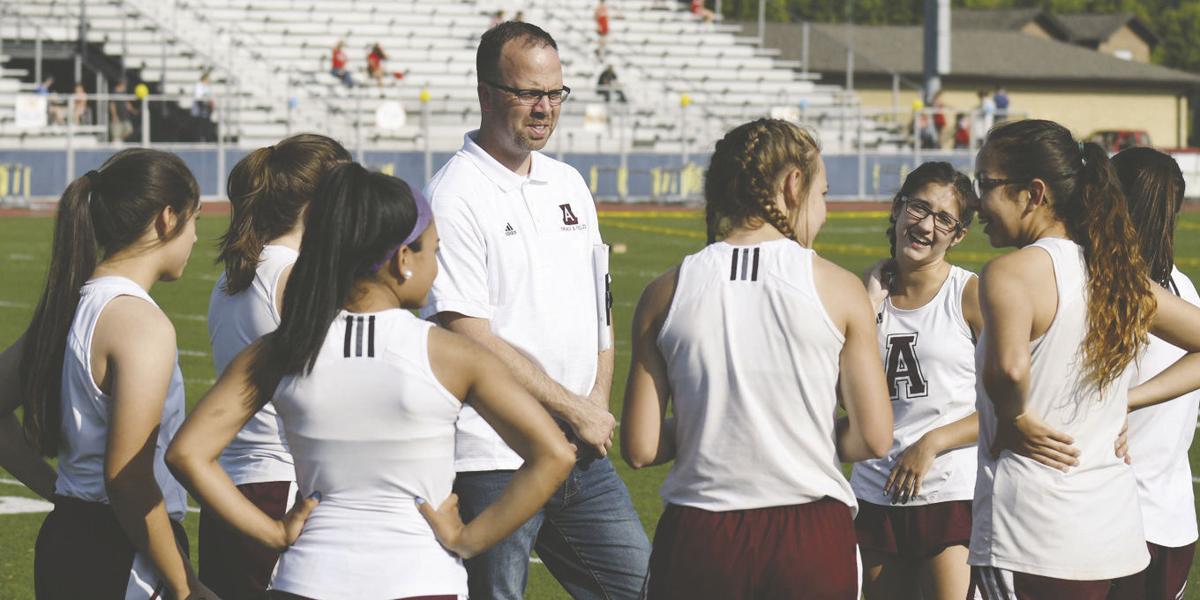 Ashland coach Phillip Caudill talks with the Kittens at a meet at South Point on April 28, 2017. 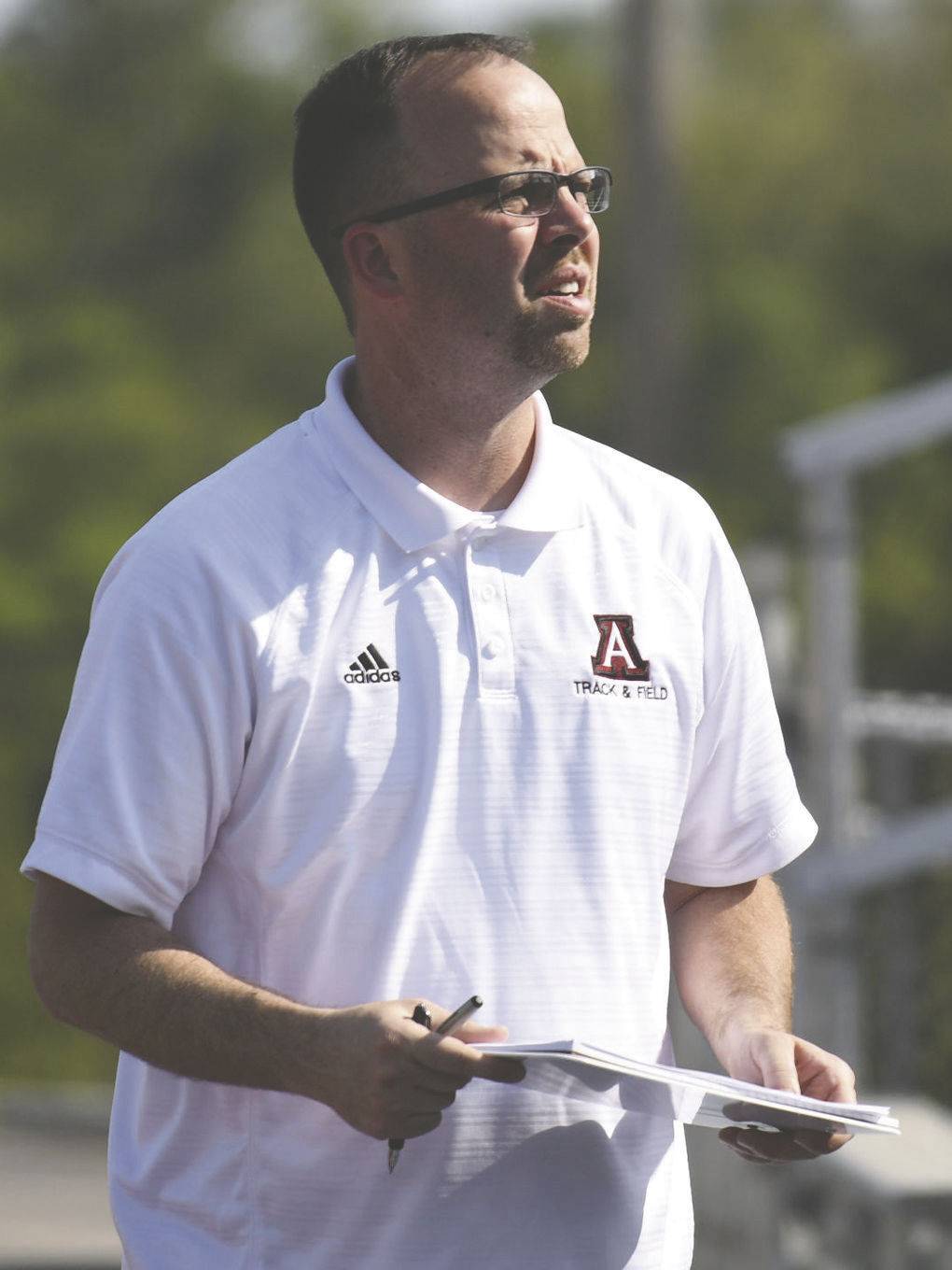 Ashland coach Phillip Caudill coaches during a track and field meet at South Point on April 28, 2017. 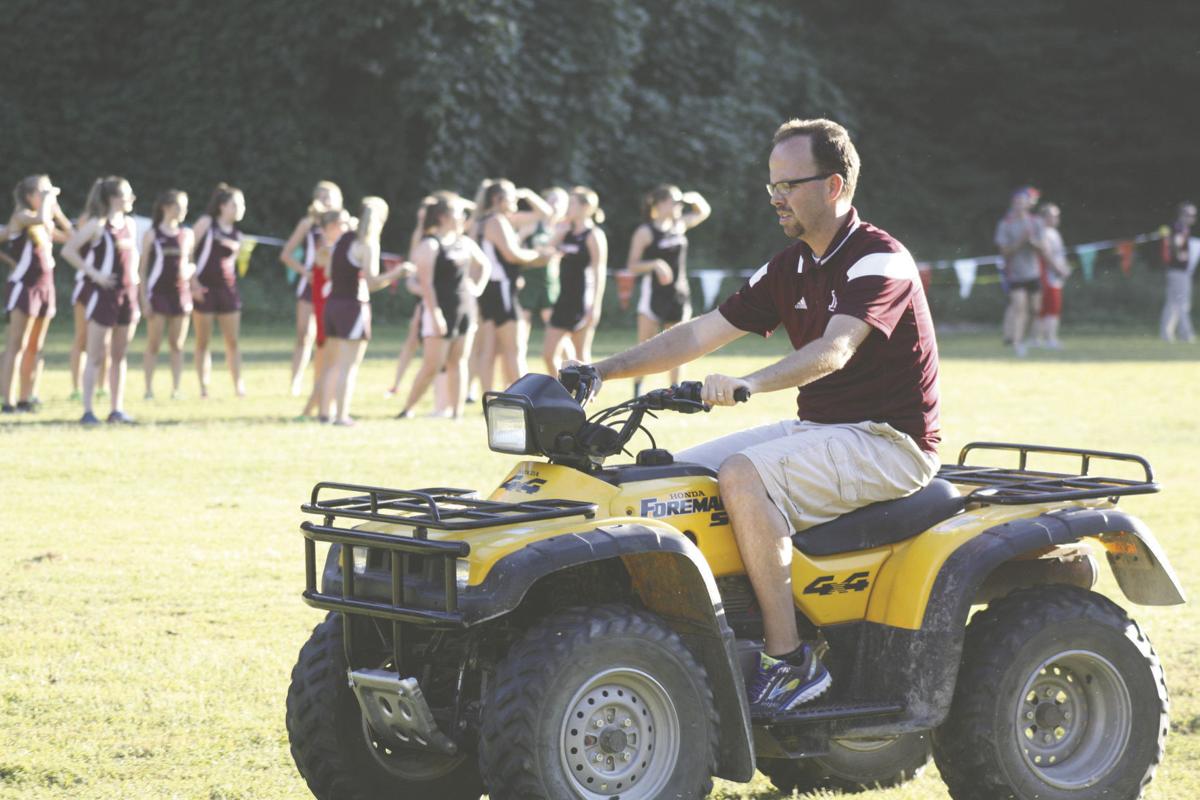 Ashland coach Phillip Caudill talks with the Kittens at a meet at South Point on April 28, 2017.

Ashland coach Phillip Caudill coaches during a track and field meet at South Point on April 28, 2017.

Twenty years into his coaching career, Phillip Caudill took on a new challenge this spring: middle school volleyball assistant at Ashland, where his daughter Eleanor was a sixth-grader.

That will be the extent of his coaching going forward, too. The veteran Ashland cross country and track and field skipper has resigned from leading the Kittens and Tomcats’ cross-country programs, he said Wednesday.

Caudill, 42, was a head cross country and/or track coach for 20 years, the last 19 at Ashland. The Boyd County alumnus got his start coaching cross country and track at Brown in Louisville in 2000-01.

He led Ashland to seven region championships — three of them in boys cross country, three in girls track and one in girls cross country. And Caudill was selected All-Area Coach of the Year eight times in cross country and three times in track.

Despite that record of success and his age, well within his prime by the industry norm, Caudill doesn’t plan on returning to lead varsity running programs. He is more focused with the volleyball exploits of his daughters — Eleanor and Caroline, a junior-to-be for Ashland’s high school Volleycats.

“I think at the high school level, it’ll be permanent,” Caudill said of stepping away. “I’ve got 20 years in education, I’ll likely go 30 years in education, so just knowing that my youngest is (going into) seventh grade and still has six more years of public school, coaching at the high school level track and cross country, that’s my time, I guess.”

Caudill stepped down as Ashland track coach in 2017 following a Kittens three-peat in each of their three most important competitions: the Kentucky-Ohio Valley Cross Country and Track Conference, Area 7 and Class 2A, Region 6 meets.

That was the beginning of a gradual pulling back, Caudill said, knowing this day was coming.

“It would’ve been hard to completely walk away from boys and girls cross country and boys and girls track all at the same time, because it’s four sports that you’re coaching,” Caudill said. “Close to 60 athletes, and our cross country program was very close to our elementary and middle school program, so you’re talking nearly 100 athletes a school year.”

Under the direction of successor Kerri Thornburg, Ashland’s girls track team went on to win the next two region titles — sharing the 2019 crown with Mason County — and the Tomcats boys claimed their first since 1986 last spring.

“That’s something very satisfying to look back and say, those programs are in good hands or in a good situation,” Caudill said. “It is rewarding and encouraging to know that.”

Caudill’s list of career highlights reads like a who’s who of 21st century Ashland runners. The accomplishments of 2016 track relay unit Kaylee Robinson, Hannah Reese, Rachael Barber and Sarah Rymer — who won the 4x200 Class 2A state title and were within a second of also winning the 4x200 and 4x400 championships — rated high, as well as the Kittens cross country team’s Class 2A state runner-up finish in 2017, Jon Renneker’s back-to-back state third-place individual finishes in 2009 and ‘10 and Bekah Howard’s state runner-up run in 2019.

“Phillip has been an incredible leader and the voice in Ashland cross country and track for years,” said Mark Swift, himself in his final days as Ashland’s athletic director before retiring. “His dedicated commitment and leadership led our teams to heights never before attained. He is a great friend and unbelievable coach.”

Caudill just completed his ninth year as principal at Hager Elementary in the Ashland Independent school district. Between his day job and his daughters’ volleyball, “I don’t know that my life will get any simpler,” Caudill cracked, even stepping away from coaching.

Caudill plans to continue coaching middle school volleyball, he said, after his inaugural season was halted this year five matches into the regular season due to the COVID-19 pandemic. He also kept the scorebook last fall for the varsity Volleycats and anticipates remaining involved with that program in some role.