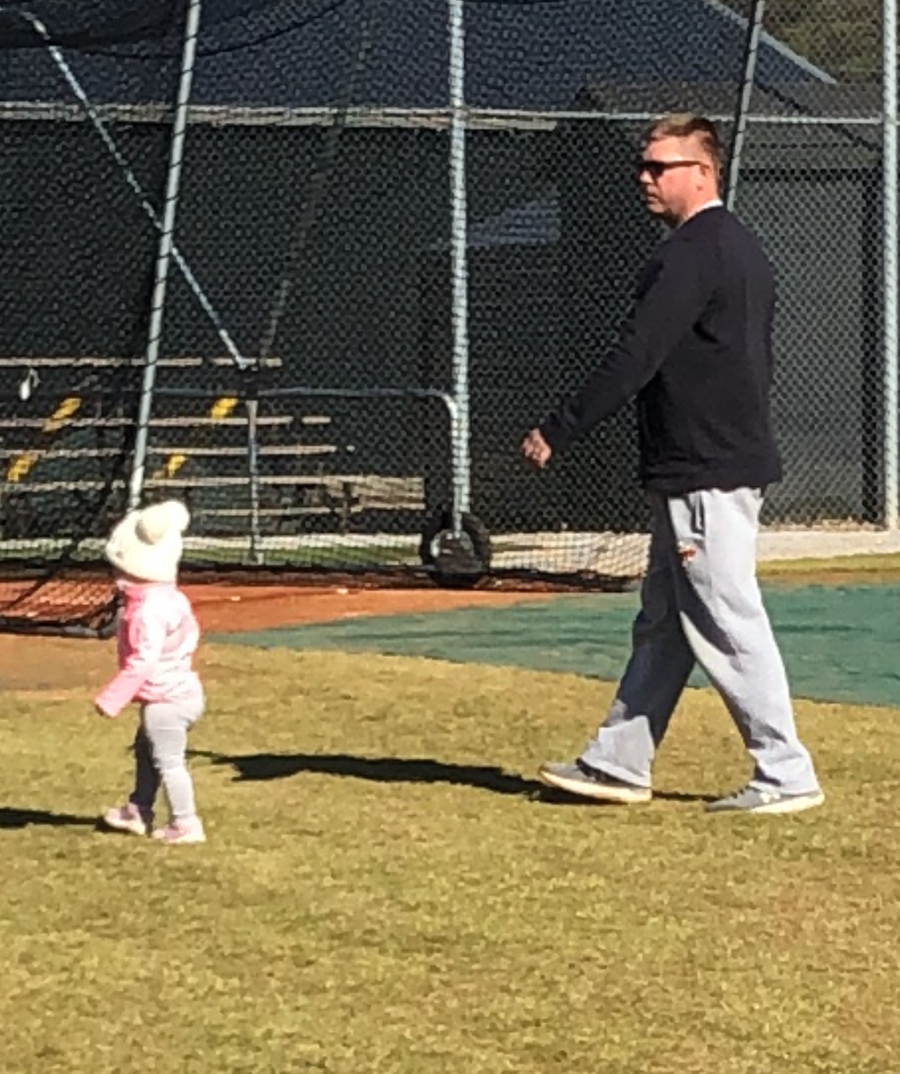 This month marks a year since Casey Hamilton took over as baseball coach at the University of Pikeville.

Hamilton might have expected to coach some more games before that milestone — the Bears played 24 times before the season was canceled by the COVID-19 pandemic — but the Boyd County native doesn’t regard the hiatus as altogether wasted time.

“I told my wife, ‘You might be seeing me a little more than you want to,’” Hamilton cracked.

Alix, Hamilton’s wife, and their 1-year-old daughter, Kennedy, are settling into eastern Kentucky well enough that the cancellation of Pikeville’s famed Hillbilly Days festival “was kind of a big disappointment” for Alix, Hamilton said.

For Hamilton, the return to eastern Kentucky life — even if it’s a little different in Pikeville than Ashland — for the first time since 2002 feels like home. That goes double for the diamond.

“I know quite a bit of the high school coaches in this area,” Hamilton said. “It’s good to actually get back in contact with these guys, just to talk.”

It’s also born fruit in recruiting. Holder and Hamilton got back in contact as Pikeville pursued Lewis County’s Sam O’Keefe. O’Keefe and Lawrence County’s Tyler Maynard are Bears-bound this fall.

“Coach Hamilton is one of the most knowledgeable guys I know in the game of baseball, and I always looked up to him when I played at KWC,” Holder said. “Now as a coach, I know exactly what type of players he wants at UPike, and that lets us still connect. He wants ‘nose to the grindstone’-type kids that will leave everything they have on the field.”

Hamilton and assistants Zach Minnick and Will Sheffield have recruited 27 such incoming players, he said. Hamilton is excited about that haul and thinks lessons learned during the dry run of the shortened 2020 season will pay off in 2021.

For example, Hamilton doesn’t have the same access to charts on opponents at Pikeville as he did at Kentucky Wesleyan — a couple of steps up the ladder as an NCAA Division II program — so he knows he’ll have to mine that data himself.

“Scouting is a lot harder here,” Hamilton said. “All this stuff that is just provided to you through scouting services, they don’t have that in NAIA, so you have to do that on your own. Preparation is our big key for this year.

“I think if we can be better prepared and everything else, we have a chance to be really good.”

Hamilton was coaching a college summer team in Owensboro, where his sister and brother-in-law live, when Kentucky Wesleyan coach Todd Lillpop showed up to offer Hamilton an assistant coaching job. He stayed with the Panthers for three years before getting the call to the mountains — less than four months after his parents had moved to Owensboro, he said — and his first skipper’s appointment.

“It’s fun being a head coach,” Hamilton said. “It’s something I’ve wanted to do for a long time. ... It’s way more challenging, which I like. I never had to really worry about (taking care of) money and gear and all that; I just had to worry about getting players in and coaching. But it’s good to have good assistants to be able to do that.”

Hamilton has taken some program-building principles from his dad, an Ashland alumnus who coached for 37 seasons at Boyd County, Raceland and West Jessamine. Jody Hamilton coached and Casey Hamilton played on the Lions’ 2001 state championship team, and Jody reprised that feat with the Colts in 2015.

“One thing I can get from my dad is, he was always learning,” Hamilton said. “We’d go to a coaching convention, and he’s banging on my door at 6 a.m., wanting to go get coffee before the first speaker. He wants to learn. He still goes.

“And it’s about more than wins and losses, and that’s one thing he always said, it’s more about building those relationships. ... That was his big thing, growing men and making guys successful at their jobs and good husbands, good fathers. That’s what we instill here as part of what our culture wants to be.”

Hamilton’s boss has taken notice, both of his diligence during the pandemic and its effects.

“Casey is very competitive and has a plan for success,” Pikeville athletic director Kelly Wells said. “I am very thankful to support him on this journey. There have never been more challenging times to be in athletics, but also no better time to be impactful. ... Very happy with our progress and the vision. Now we will work to effectively implement success and tradition and bring continued pride to Bear Nation.”