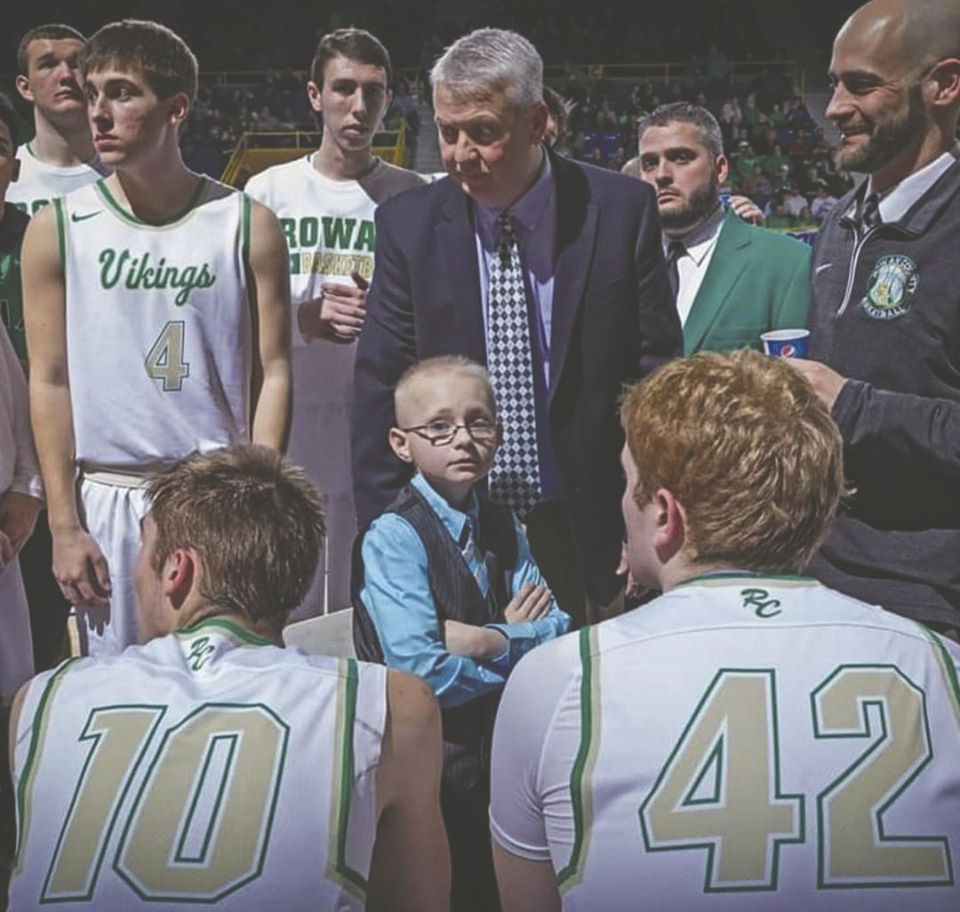 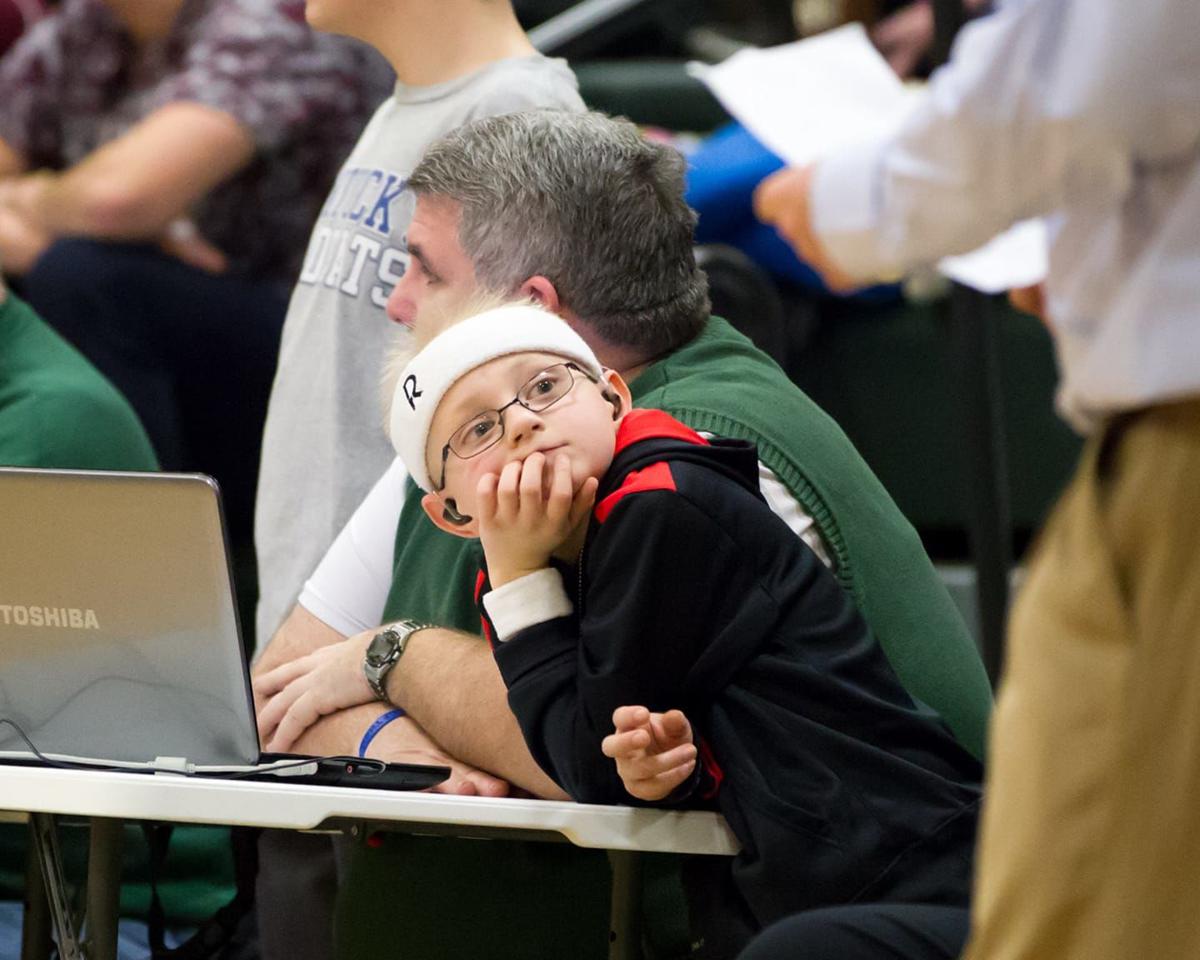 It’s not known how many in the 16th Region knew Rowan County’s Hunter Keegan Mitchell by his full name.

But possibly everybody in northeastern Kentucky’s high school basketball community knew – and loved – “Coach Hunter.” Those people were likely exponentially sadder Wednesday because the 13-year-old Clearfield boy died Tuesday after a nearly lifelong battle with cancer.

“Even when I went and visited him last Friday, (he) put a smile on your face,” said Rowan County boys basketball coach Shawn Thacker, Mitchell’s homebound instructor for nearly seven years. “He never ceased to amaze. Even through all the adversity, all the pain, he’d find a way to brighten up your day, make you feel better.

“I was just a vessel; he was the captain of the ride.”

“At the end of the day, the basketball boys were still his heroes,” Rowan County assistant coach Jordan Mann said. “He always cared most about those boys, encouraging them. He wanted to be there for them.”

Here’s how you could tell Mitchell commiserated with the Vikings. A March 6, 2017 picture showed Mitchell and Alek Zaheri, son of Rowan County assistant coach Andrew Zaheri, on the floor in the Vikings’ locker room at Morehead State University’s Johnson Arena, grieving over their team’s 78-75, triple-overtime loss to West Carter in the 16th Region Tournament semifinals.

Rowan County senior Devin Davidson met Mitchell about three years ago. His favorite memory: the time Mitchell and Thacker went to a basketball camp in Louisville, where they met Los Angeles Lakers and University of Kentucky star Rajon Rondo.

It is a story of priorities in their proper place.

“When Rajon finally had time for Hunter, to go one-on-one and meet with him and talk to him and stuff, (Hunter) was in the middle of a basketball game with another kid,” Davidson said. “So he told the coach to tell Rajon, ‘Hold on a second, I’m in the middle of a game. I’ll be there after.’”

Linda Arbaugh – better known as “Nan” – was Mitchell’s paternal great-grandmother. She took care of Hunter for much of the last 11 years, along with his dad, Bradley Mitchell, and paternal grandmother Brenda Mitchell.

In a Dec. 16, 2018 story in The Daily Independent, Arbaugh recalled the time a few years ago at the University of Kentucky’s Pediatric Hematology Oncology Clinic in Lexington when Mitchell saw a child who’d just learned he had leukemia.

“He was having a bad, bad time, the little boy was,” Arbaugh said then. “When they put us back in the room like they would do, Hunter said, ‘Oh, we’ve got to pray for that little boy; he doesn’t know how to fight. We’ve gotta pray that he can learn how to fight.’”

Hunter passed away around 11:35 a.m. Tuesday. Arbaugh said Hunter was on the couch with Bradley beside him.

“(Bradley) told him he could go,” Arbaugh said. “He took one more breath after that.”

Burial will follow at the Mitchell Family Cemetery in Bomont.

Rowan County junior guard Mason Moore has a goal for the rest of the season. His voice seems to choke up when he remembers how proud Mitchell was of his team.

“I’m just gonna try and dedicate the rest of the season to him,” Moore said.