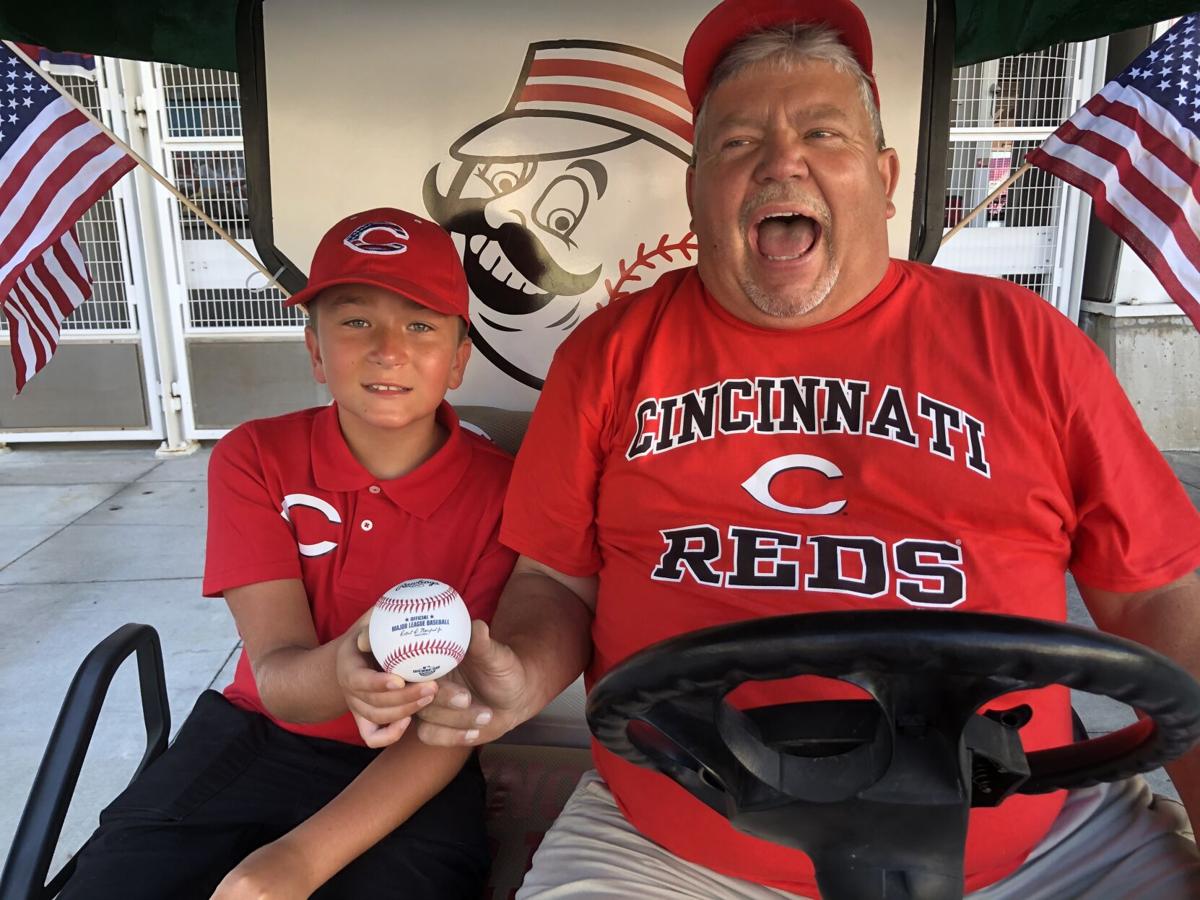 Larry Bailey, along with his nephew Christian, delivers the Opening Day baseball to Great American Ball Park after leading a parade through downtown Cincinnati on Monday. 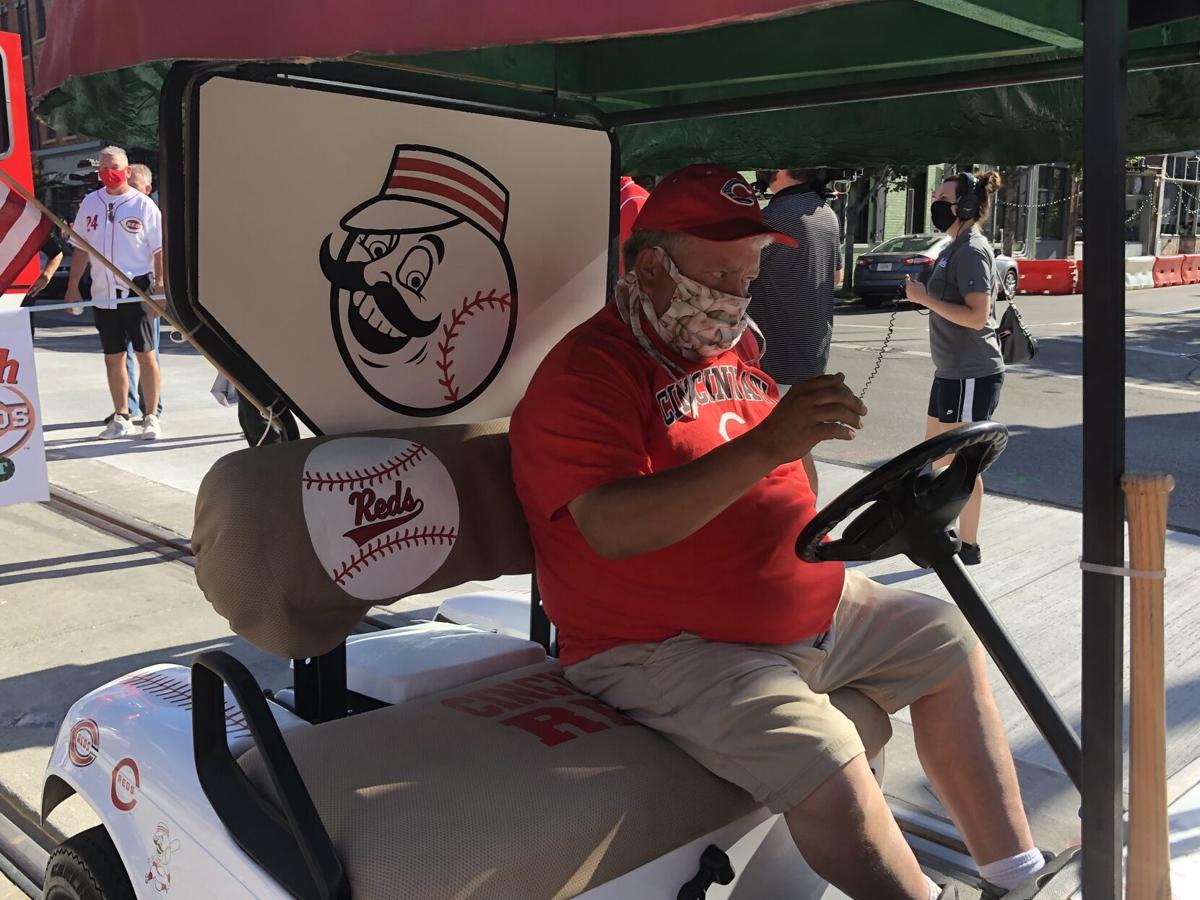 Larry Bailey awaits the start of the parade in Cincinnati on Monday. 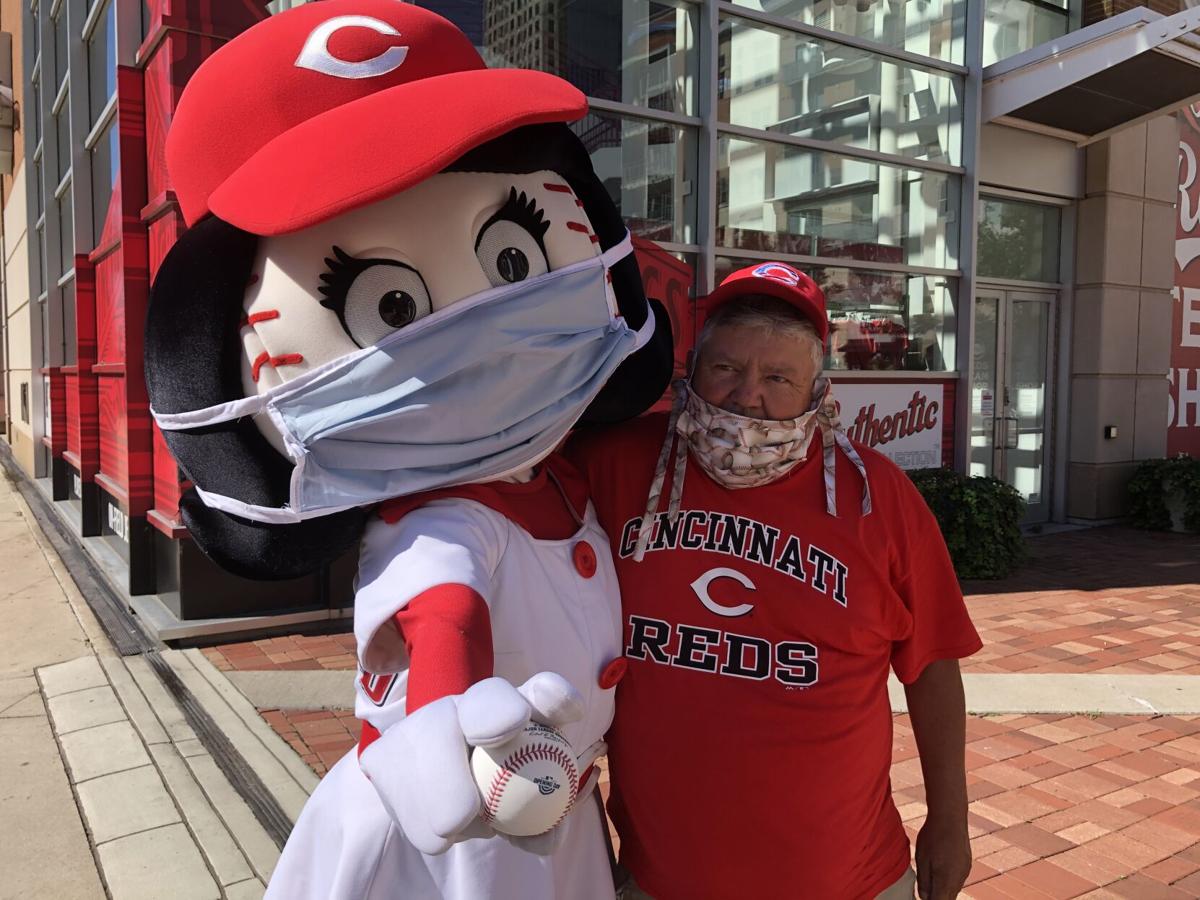 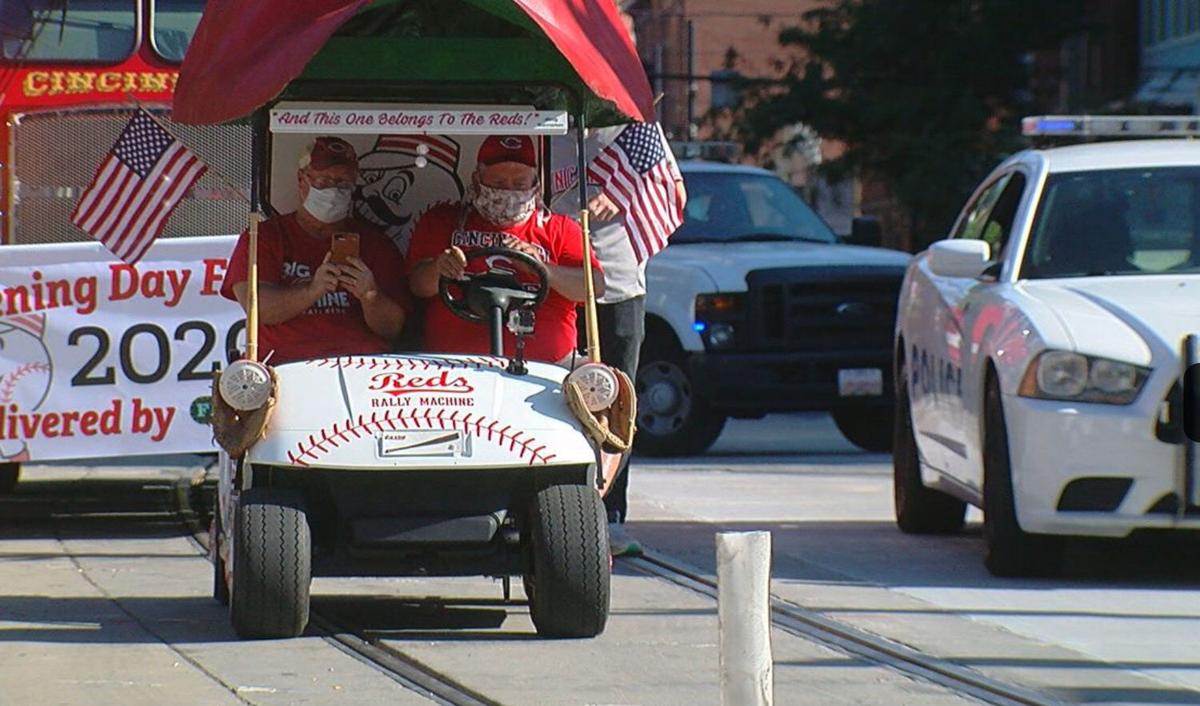 Larry Bailey, along with his nephew Christian, delivers the Opening Day baseball to Great American Ball Park after leading a parade through downtown Cincinnati on Monday.

Larry Bailey awaits the start of the parade in Cincinnati on Monday.

Larry Bailey saw the 513 area code glowing on his phone as it rang last week, thought it was a telemarketer and decided to have a little fun.

“I was messing with ‘em, saying ‘Helloooooooo!’ and all this stuff, and then the lady says, kinda (sternly), ‘Hey, is this Larry Bailey?’ I said, ‘Yes it is!’” the retired Ashland Middle School English teacher and ex-The Daily Independent sports writer said, pantomiming whimsy.

“And then she identified herself as being from the Findlay Market Parade and asked me if I still had the golf cart,” Bailey continued, “and I said, ‘Sure do.’”

Four days later, Bailey led what must have been the most scaled-down version of the 101 incidences of the parade, which winds through the streets of Cincinnati from Findlay Market toward Great American Ball Park every year prior to the Reds’ Opening Day.

Bailey piloted the Reds-themed golf cart that he, two other teachers and some 70 students designed three years ago as a class project to deliver a ceremonial Opening Day baseball to Reds mascot Rosie Red on Monday morning. Bailey was accompanied by a police escort and a fire truck, with good friend and former coworker Mark Maynard and 10-year-old nephew Christian in tow.

“Like Mark said, we’re gonna say we’re the three grand marshals,” Bailey cracked. “I thought it was pretty neat that people from Ashland were so associated with this event and delivering the Opening Day ball.”

Former Reds manager Dusty Baker once said Cincinnati was the only place he’d ever been in a long and winding career that threw a parade before the season, as opposed to after it. The Findlay Market Parade typically takes place the morning of Opening Day in April or, increasingly in recent years, March. The streets along the parade route between Over-the-Rhine and the city’s central business district are lined with bundled-up red-clad fans, celebrating what is regarded in Cincinnati as a bona fide holiday.

The 2020 version of that scene was a casualty of the COVID-19 pandemic, and parade organizers did not release details of Monday’s motorcade ahead of time to limit crowds. But even though Bailey knew Monday’s experience wouldn’t match the sensory level of the previous time his cart participated in the parade, he signed himself up.

“I started laughing and said, ‘You know what, this is just crazy enough for me to do,’” Bailey said he told parade organizer Debbie Gannaway. “She said, ‘What are you doing Monday?’ I said, ‘Probably the same thing I’m doing today — nothin’!’”

So Bailey enlisted Maynard to help transport the cart, complete with an 8-foot-by-4-foot-by-4-foot Cincinnati baseball cap fashioned from fiberglass, and checked on the batteries. That proved wise, because the six 6-volt batteries were all dead, Bailey said.

He replaced them with three tank batteries — yes, tank batteries, that run M1 Abrams battle tanks and are used by members of the general public to store solar power — that were much more powerful, Bailey discovered immediately.

“The front rose up just a little bit; it lunged,” Bailey said of the cart’s first test run after the battery reload. “So I brought it home, went all over my neighborhood, up and down hills.”

Satisfied the cart wouldn’t blow up, Bailey rose around 4 a.m. Monday to be in Cincinnati by 8:30, and swung through Winchester to pick up Christian, because “Mark and I are just old kids; I needed a young one,” Bailey said.

The Findlay Market chairman wanted to ride in the cart, Bailey said, but his posse took up the available seating — including Maynard, who livestreamed the excursion with commentary to some 2,100 viewers, he said — “so I think (the chairman) ended up riding inside a fire truck or something,” Bailey said.

Christian held the ball on the 30-minute-or-so trip to Crosley Terrace outside Great American Ball Park, Bailey said, and after presenting it to Rosie was given the ball back to keep.

Bailey was in talks with Reds president and chief operating officer Phil Castellini to loan the cart to the club whenever he isn’t driving it in a local parade — it is a fixture in Memorial Day parades in Ironton and Labor Day parades in Catlettsburg — but that discussion is on hold due to the coronavirus, Bailey said. (A request for comment from the Reds wasn’t returned before deadline.)

Before and if that happens, Bailey made a unique memory.

“I really hope and pray we never have to do it under these circumstances again. It was fun, though,” Bailey said. “Mark was kidding me, he said, ‘This could only happen to Larry Bailey. That’s his world.’”