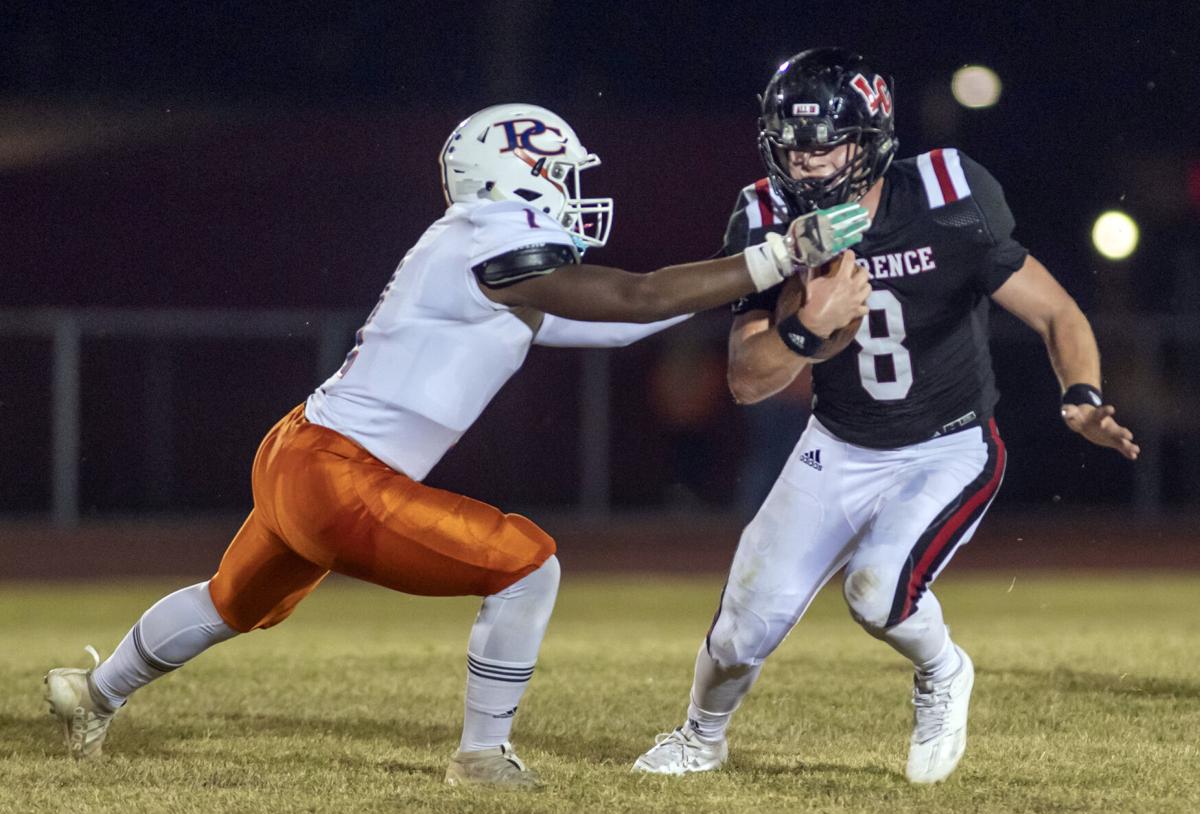 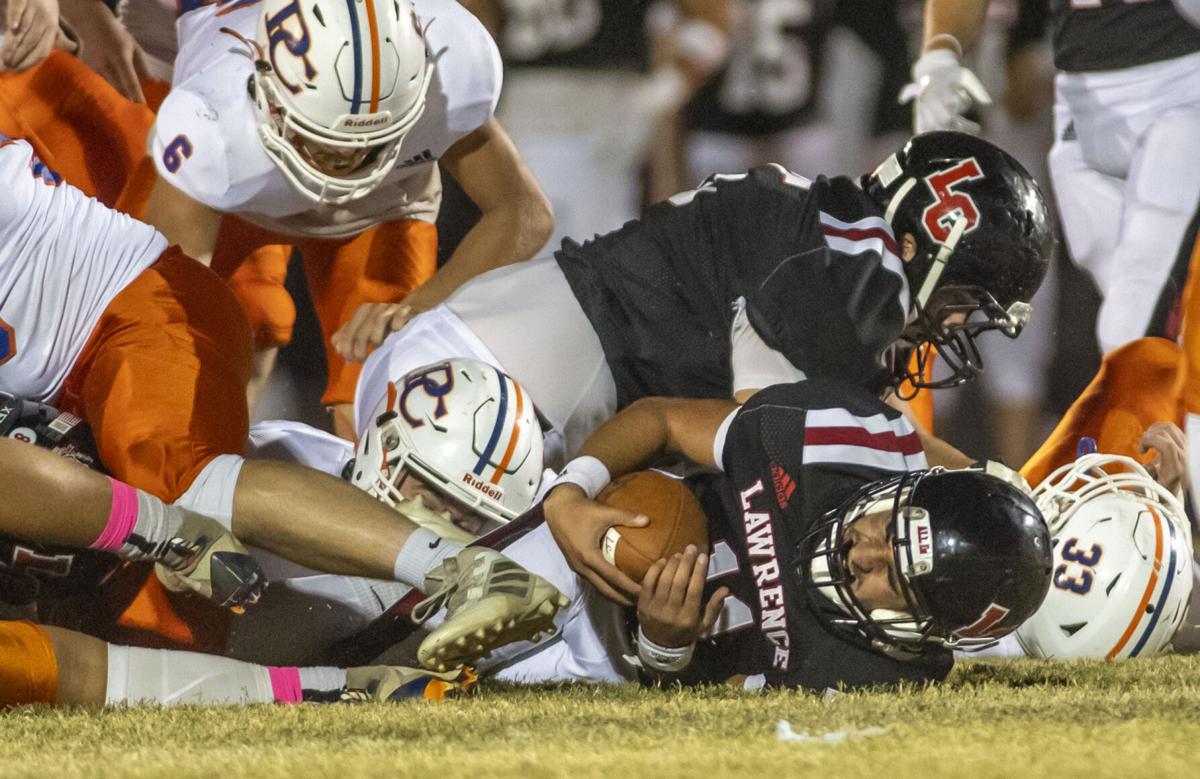 Lawrence County’s Alex Strickland is tackled at the line during a game against Pike County Central Friday, Oct. 9, 2020, at Lawrence County High School in Louisa, Ky. Photo by John Flavell / The Daily Independent 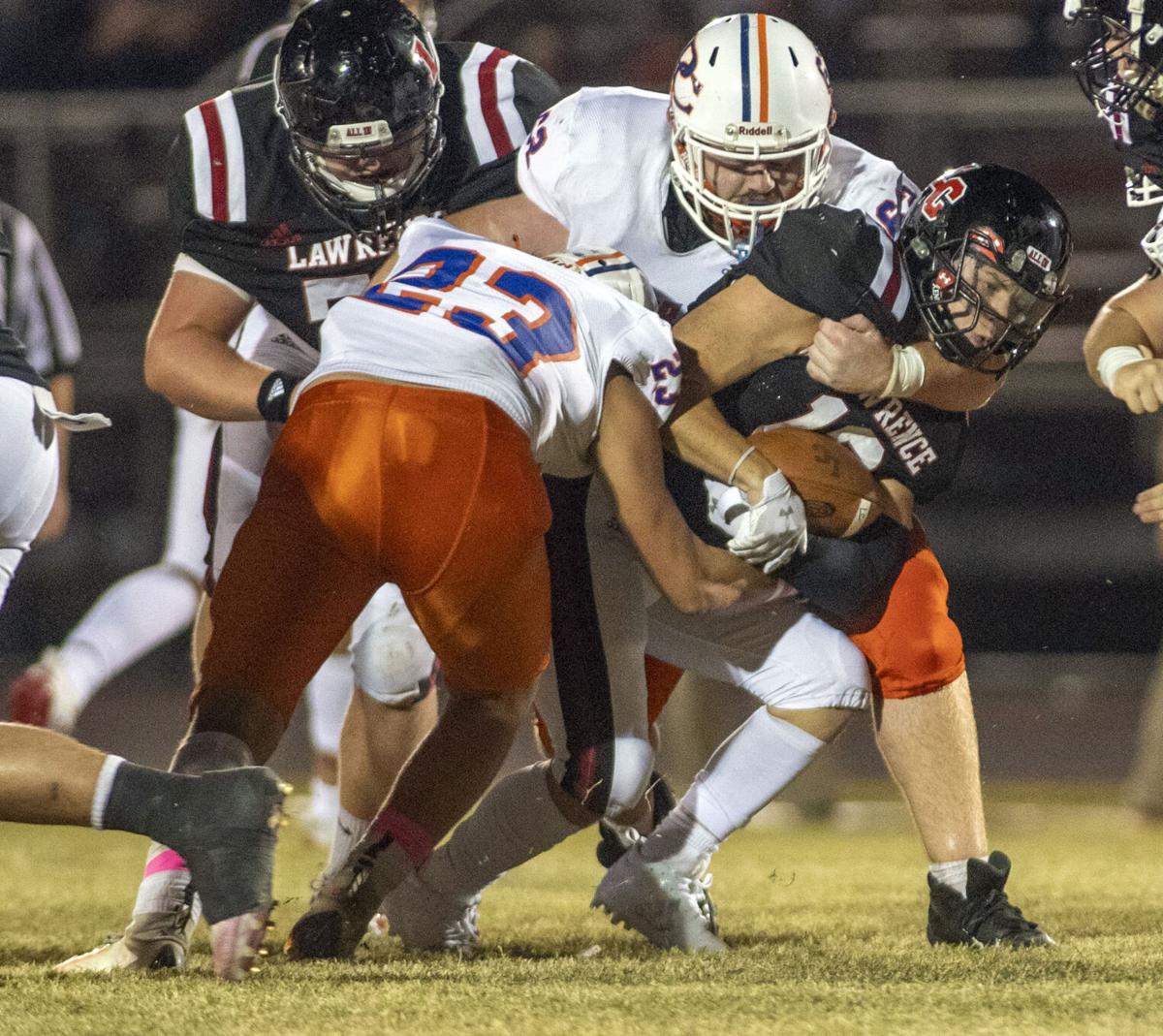 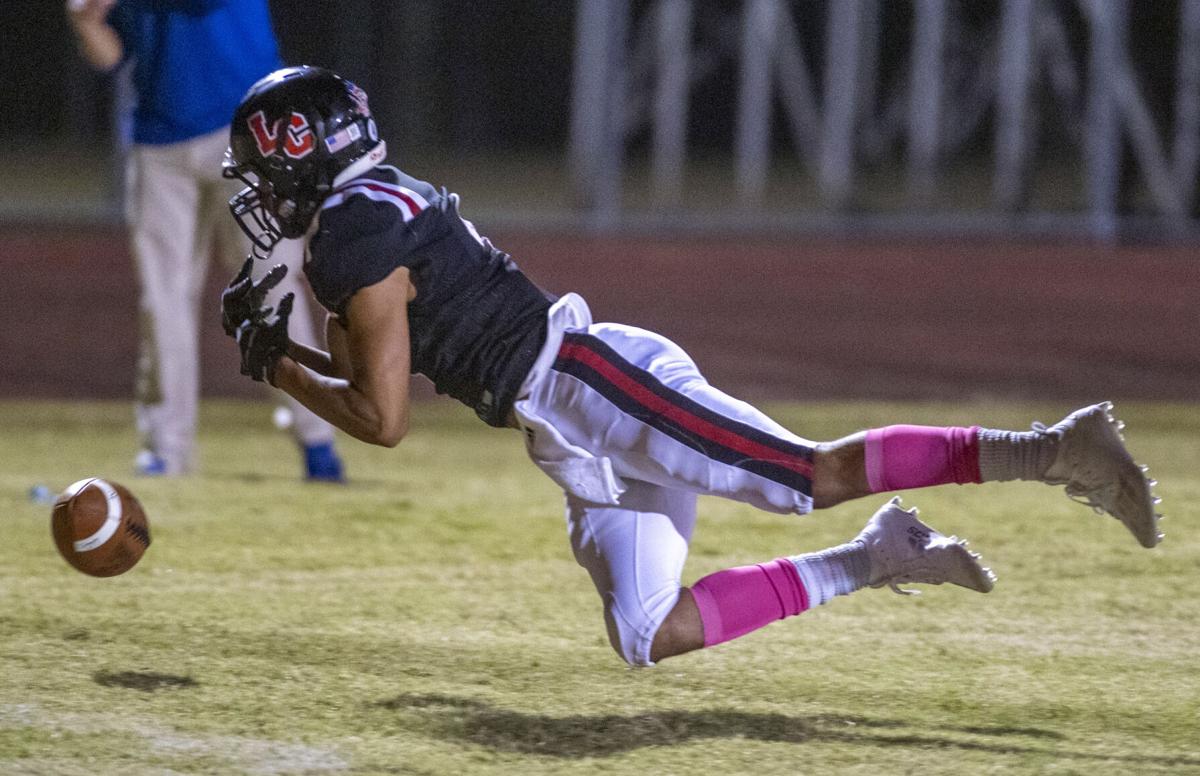 Lawrence County’s Danny Hall dives for a pass in the end zon during a game against Pike County Central Friday, Oct. 9, 2020, at Lawrence County High School in Louisa, Ky. Photo by John Flavell / The Daily Independent 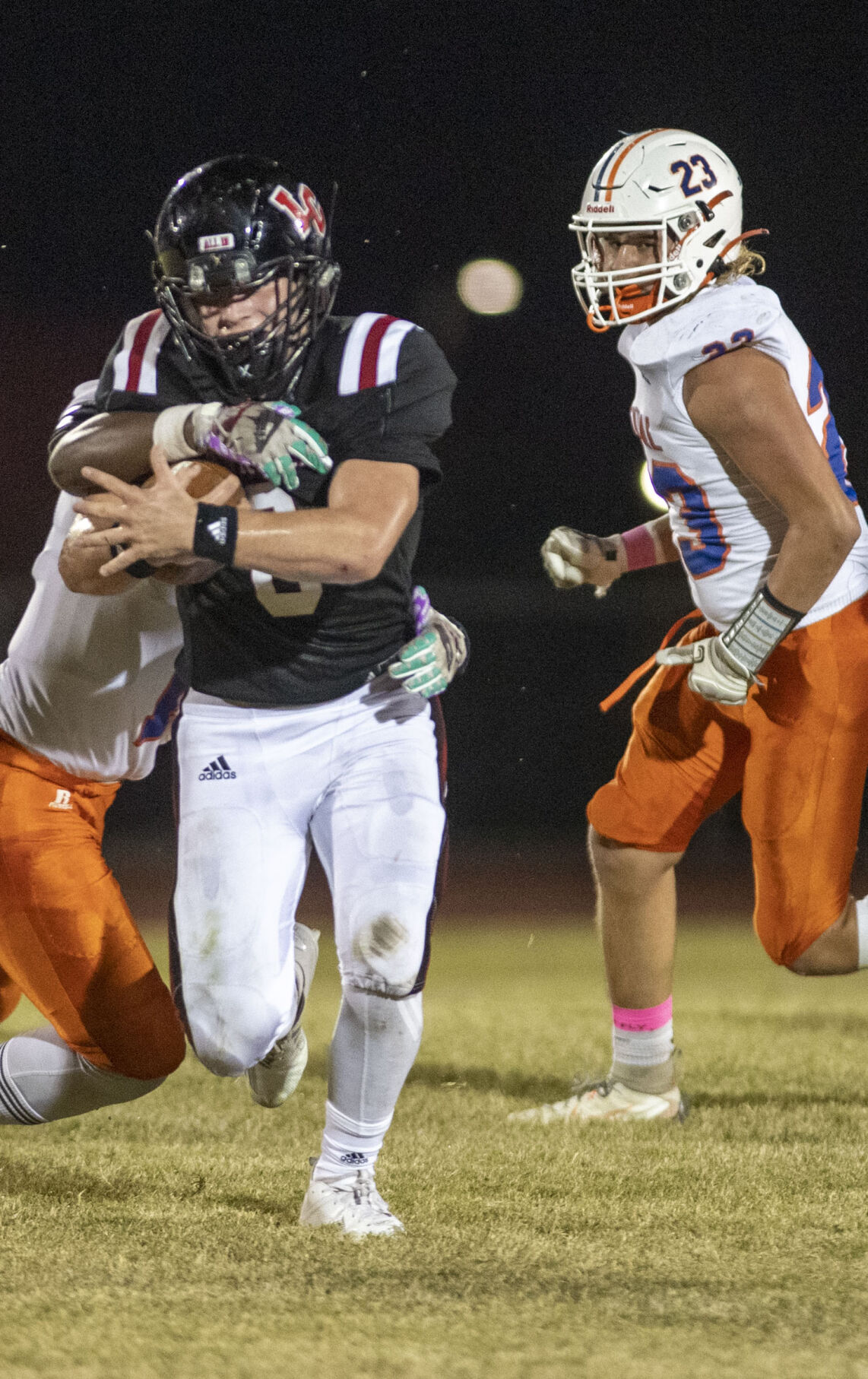 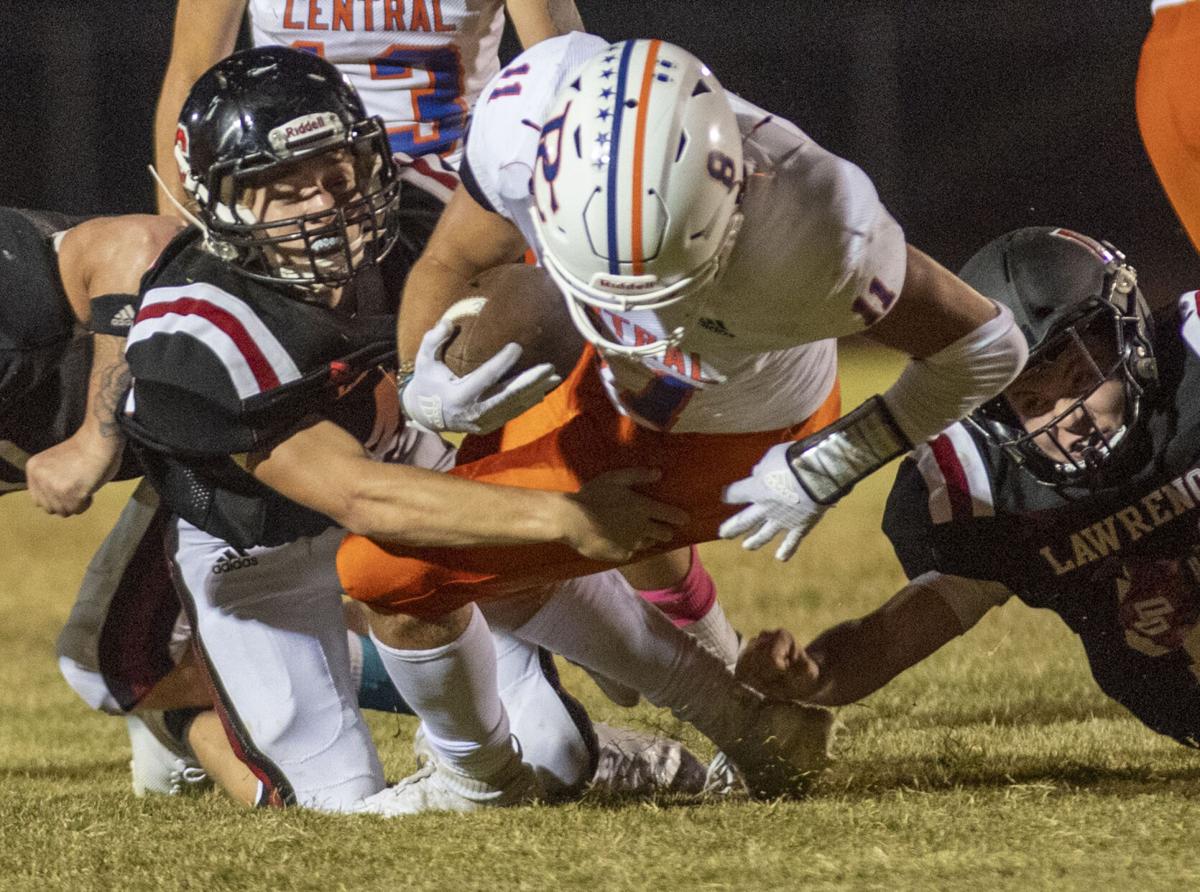 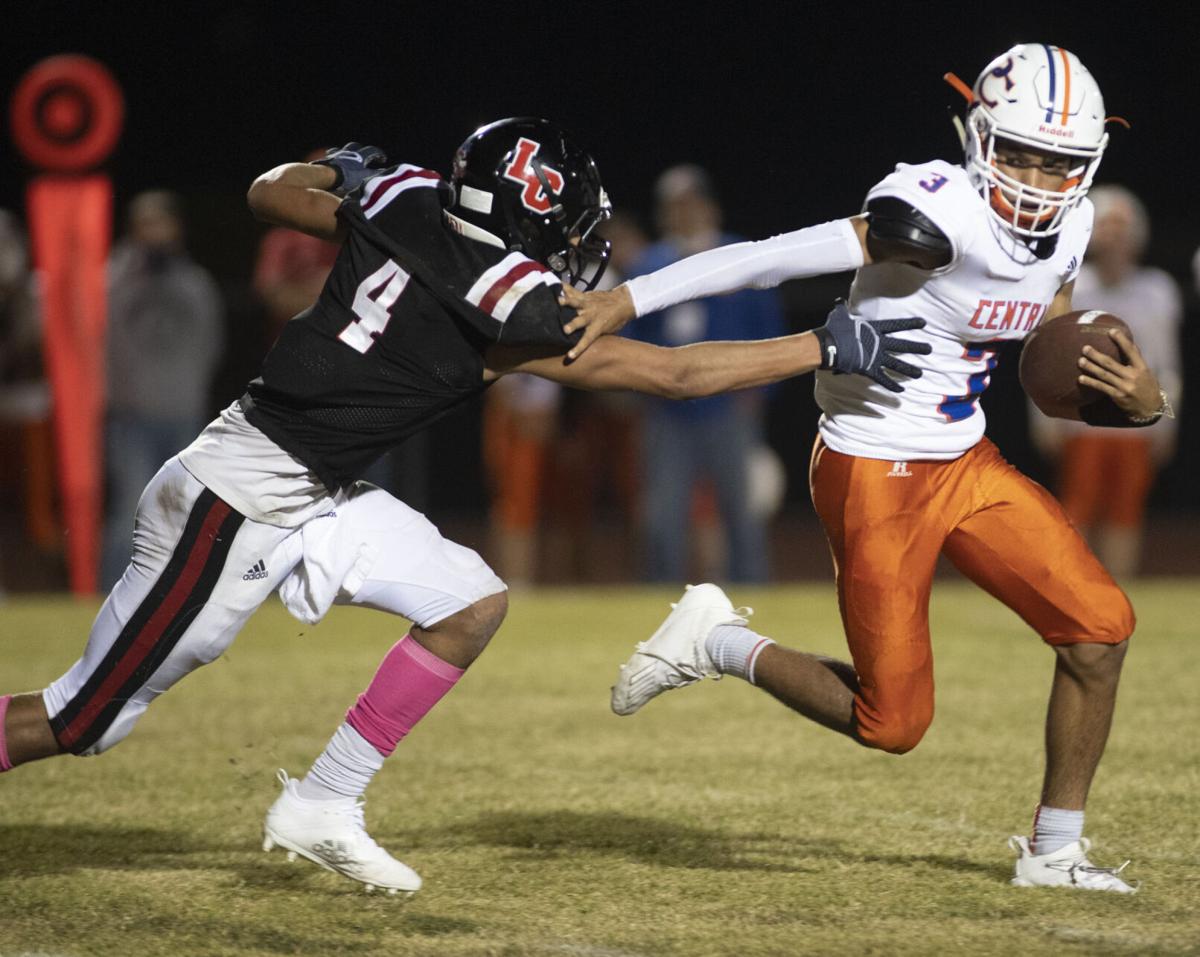 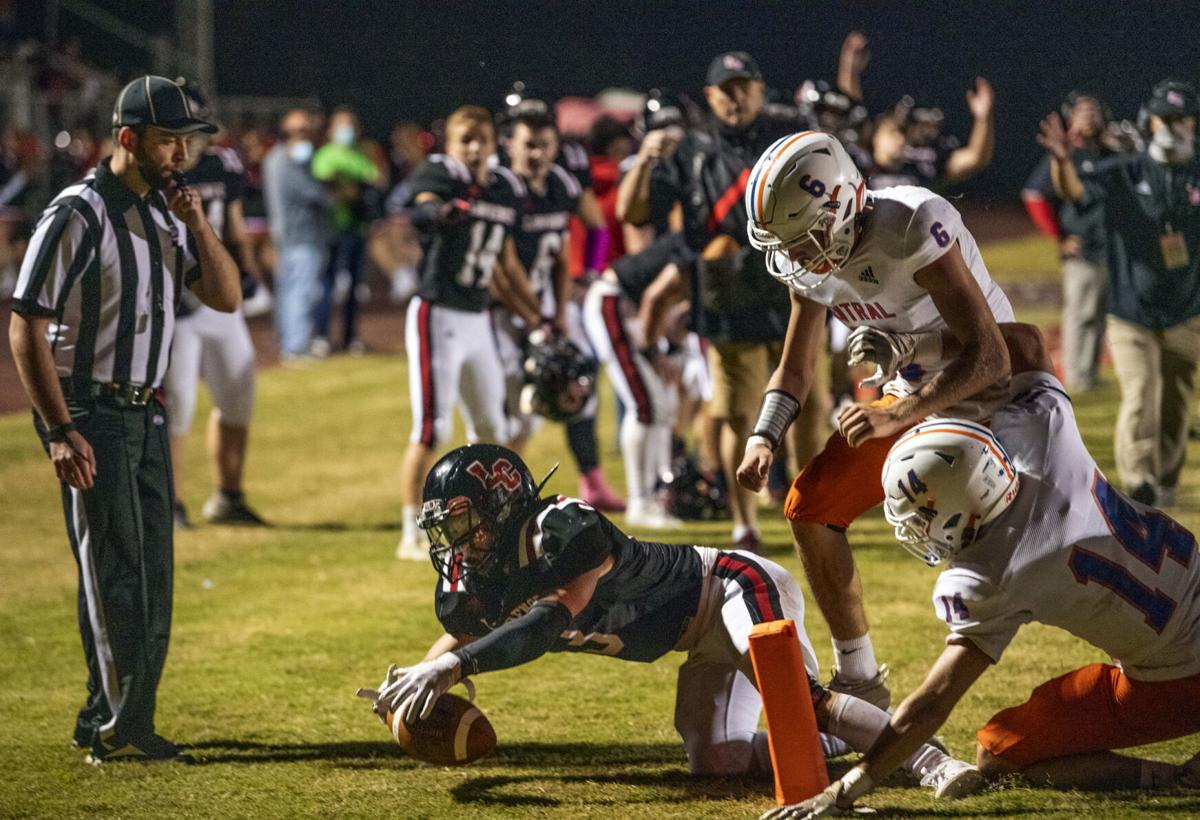 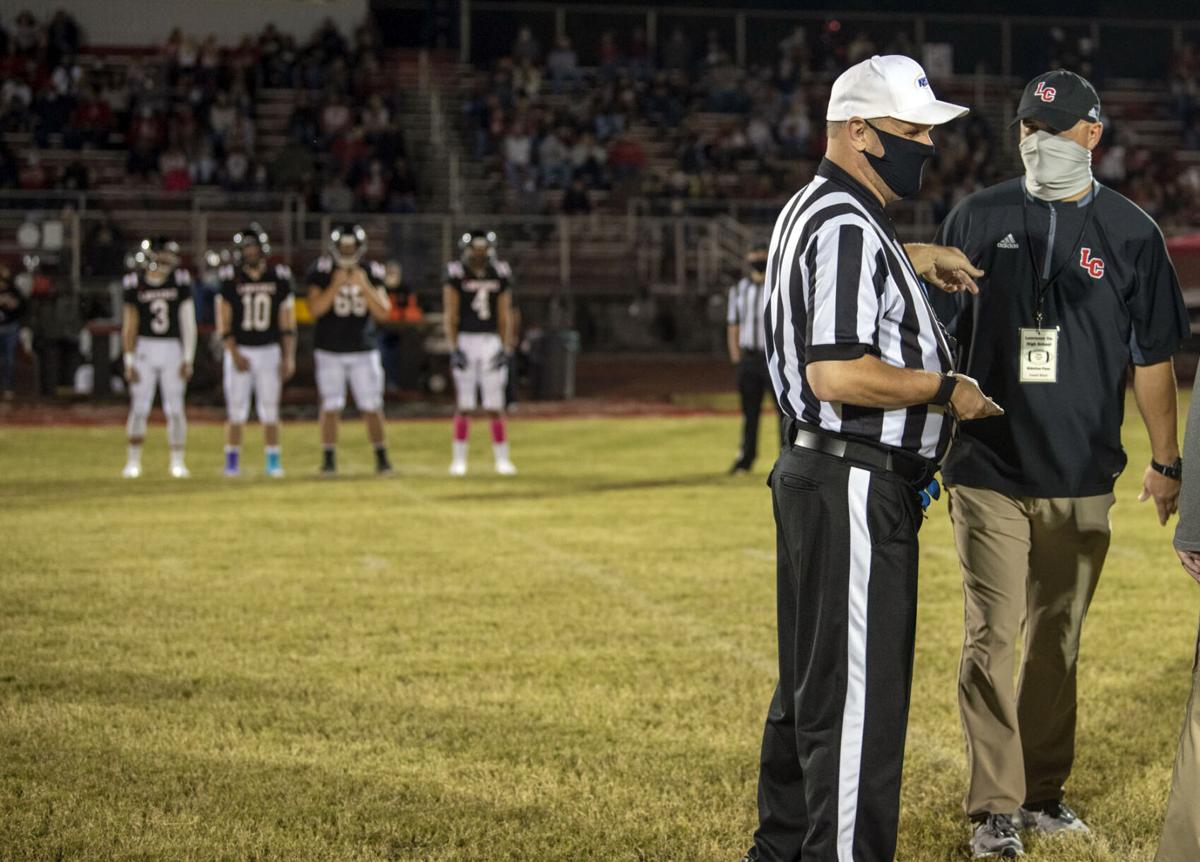 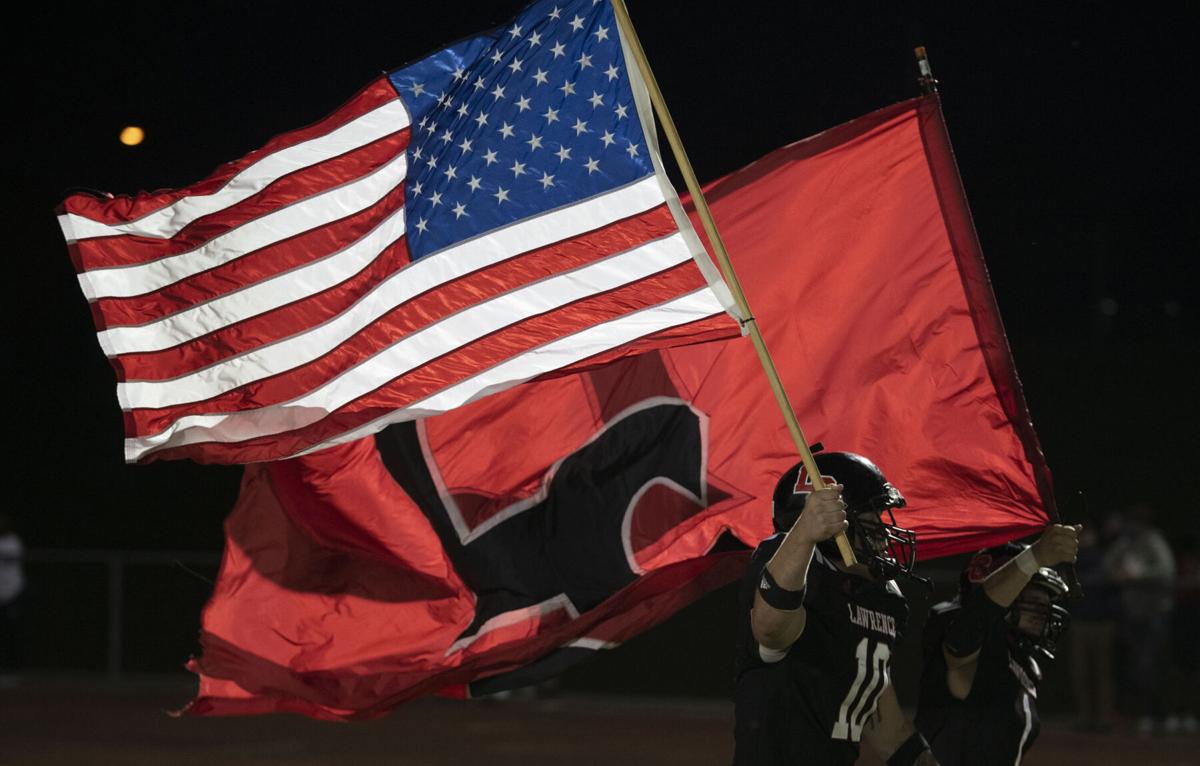 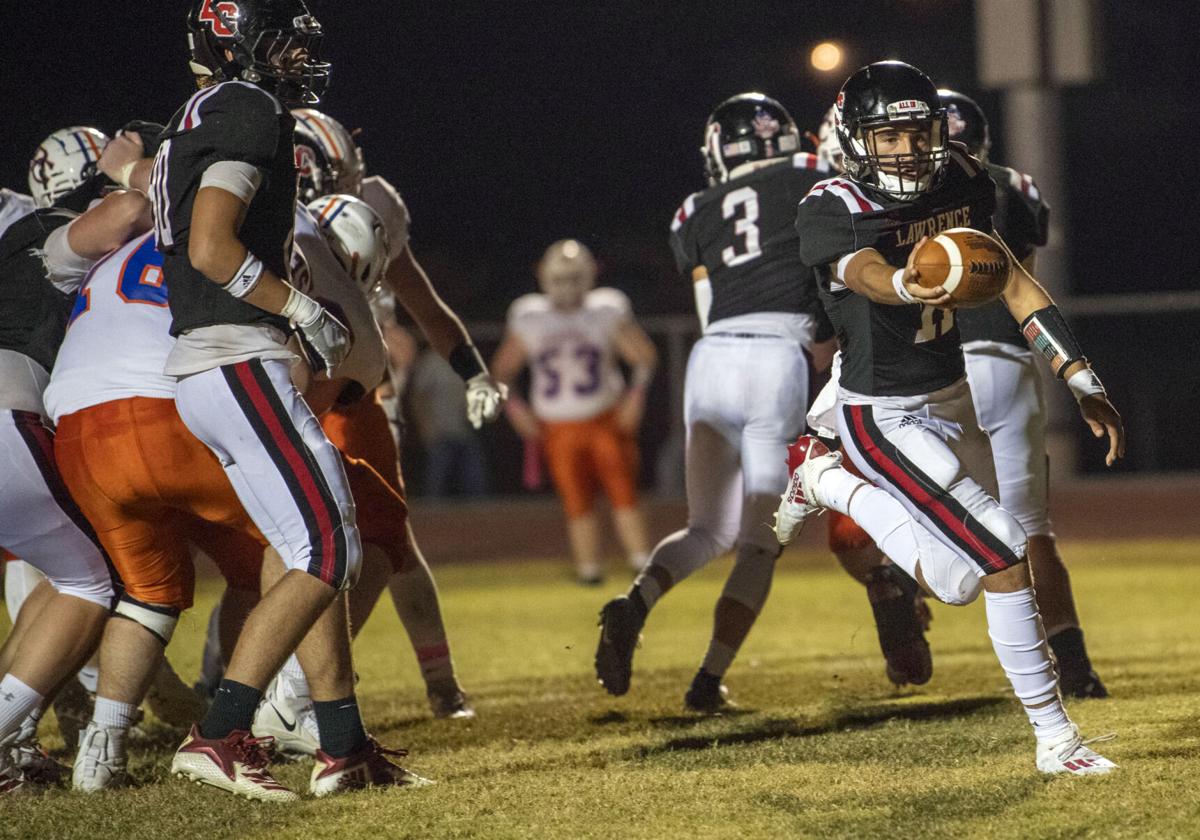 Lawrence County’s Alex Strickland is tackled at the line during a game against Pike County Central Friday, Oct. 9, 2020, at Lawrence County High School in Louisa, Ky. Photo by John Flavell / The Daily Independent

Lawrence County’s Danny Hall dives for a pass in the end zon during a game against Pike County Central Friday, Oct. 9, 2020, at Lawrence County High School in Louisa, Ky. Photo by John Flavell / The Daily Independent

That was before the Bulldogs took on Pike County Central. Now Tackett has a new No. 1.

The senior back caught the game-tying 8-yard touchdown pass from Alex Strickland with 12 seconds remaining. Logan Southers booted the ensuing extra point to lift the Bulldogs over the Hawks, 29-28.

The home patrons at Luke Varney Jr. Memorial Stadium had been the silent ones not long before that. They got that way when Pike County Central took its first lead of the second half with 1:06 remaining.

The Hawks turned their first pass of the game into a 15-yard touchdown hookup from Keegan Bentley to Tayvian Boykins on fourth-and-6. Boykins added a two-point run to extend the Bulldogs’ deficit to six.

Lawrence County quickly found itself in a fourth-and-11 situation on its last-ditch drive. But Strickland found Jake Derifield open in the Pike County Central secondary for 35 yards down to the Hawks’ 27-yard line, and a defensive pass interference penalty two plays later set the Bulldogs up in the red zone in the dying seconds.

On second down, Strickland found Tackett open despite double coverage in the back of the end zone to tie the game.

“We’re just trying to get the ball to the flats to the fullback to try to leak him out there inside the 5,” Lawrence County coach Alan Short said, “and Strickland makes a great play and finds Tackett in the back of the end zone.

“That’s what it takes to win games like this, is players make plays, and those two kids certainly did that.”

Southers then booted the only extra point either team attempted all night.

Pike County Central (2-3, 1-1 Class 3A, District 8) had time for one play from its own 34, but Caden Ball and Jordan Maynard tag-teamed a sack of Bentley to end the game.

The Hawks, who ended Lawrence County’s season last year in the first round of the playoffs, all but broke the Bulldogs’ hearts again, but left too much time on the clock.

“Hard. It’s a tough loss,” Pike County Central coach Eric Ratliff said. “We’ll try to build on it. We did some good things tonight. We hadn’t been playing very well defensively all year, and I thought we came up with some stops when we had to; we just didn’t get the last stop right there.”

The Hawks led Class 3A in rushing coming into the game, putting up 404 yards per outing, and totaled 355 on Friday night with three backs collecting 81 yards or more. Boykins rushed for 161 yards, including a 65-yard first-quarter house call, and Bentley ran for 91 yards and a score. Matt Anderson rushed for 81 yards and a TD.

Lawrence County set out to limit Anderson’s bruising between the tackles and held him 59 yards below his season average, which had him tied for sixth in Class 3A.

“They did a great job adjusting our scheme to slow Pike County Central down,” Short said.

The Bulldogs are 2-0 for the first time since 2014. They’ve learned to relish the little things, having had to wait until October to start their schedule after a COVID-19 shutdown in the preseason and ensuing cancellations.

“It’s a blessing,” Short said. “We feel like this team has the makings of something special, and we’re happy and thankful to be where we are right now.”