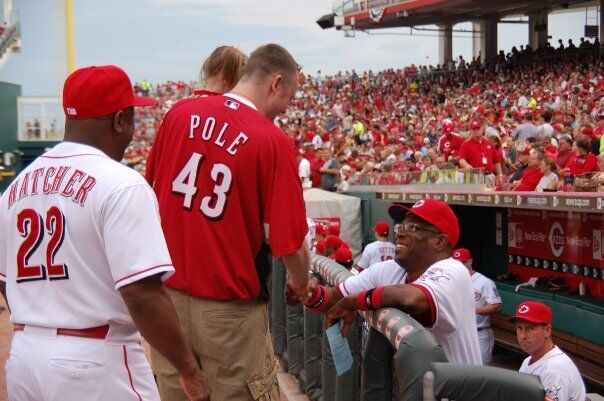 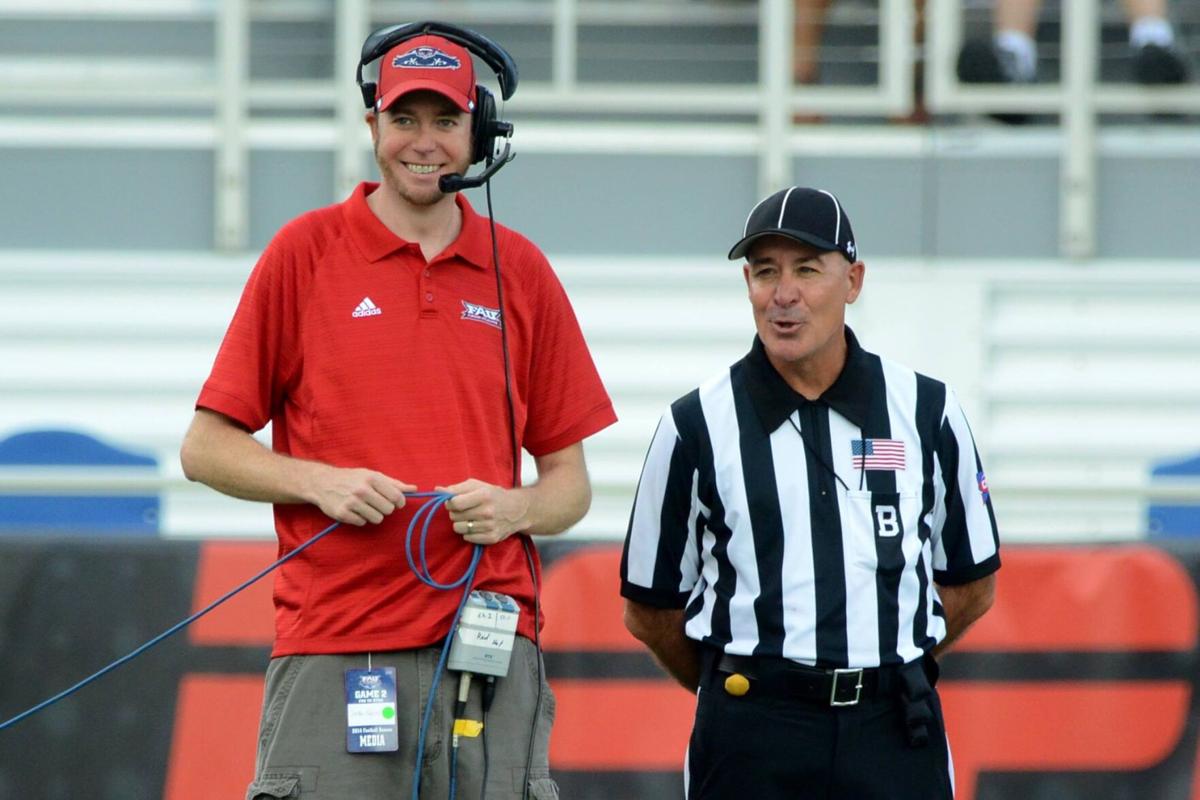 Jonathan Fraysure, left, talks with a referee during his "red hat" duties in the sports information department at Florida Atlantic in a 2014 game.

Jonathan Fraysure, left, talks with a referee during his "red hat" duties in the sports information department at Florida Atlantic in a 2014 game.

Rob Dibble quote-tweeted Jonathan Fraysure on July 9. Fraysure, who was 10 in 1990 when Dibble was a rising star for the Cincinnati Reds’ famed “Nasty Boys” bullpen, could scarcely contain himself 30 years later.

“Ten-year-old me would’ve just lost his mind,” Fraysure said. “Forty-year-old me is losing his mind, so what are you gonna do?”

Never mind that Fraysure at 10 would’ve thought the term “quote-tweet” was from an alien language. Fraysure, with the COVID-19 pandemic bearing down on baseball 30 springs later, devised a way to use today’s technology to recreate how he felt as a fifth-grader-to-be with Cincinnati in pursuit of the 1990 World Series title.

“I got to thinking when the season didn’t start, and at that point we weren’t sure it was gonna start at all,” Fraysure said. “I just want to do something that’s fun, something that will allow me to still think about baseball even though there was not gonna be any, at that time, and it just happened to be the (30th) anniversary of this.”

Twitter is the most prominent medium today for immediate updates. Fraysure, a Maysville native who works in the sports information department at Florida Atlantic, uses it just as a media member covering the Reds or a fan might have in 1990, were the technology available: Thursday was the 30th anniversary of a Reds series opener at San Diego. So Thursday morning, Fraysure tweeted the Reds and Padres lineups from July 23, 1990 from the account @1990CincyReds, and at 10:05 p.m. Eastern time, Fraysure froze that moment as first pitch ... 30 years ago.

And at 12:35 a.m., 30 years to the minute after the Reds finished off their 9-2 victory on the West Coast, Fraysure preserved the moment for posterity.

Fraysure peruses baseball-reference.com and baseball-almanac.com to check the lineups, transactions, start times and game lengths from the corresponding date in 1990, so he can be prepared to post that information as it would’ve happened then. He also consults the 1990 and ‘91 Reds team media guides.

“There’s been a couple days where I was like, ‘Aw crap, today’s a day game; I gotta get something out pretty quick to start.’ But other than that, it’s not too terribly time-consuming.”

As Fraysure has dug into the day-to-day history of the 1990 Reds, he has replicated the wonder he felt listening to Marty Brennaman and Joe Nuxhall of the Reds’ radio network, watching games on television and reading about them and delving into statistics in the newspaper.

“I’m doing it now, but I’m kinda remembering it like I was 10,” Fraysure said. “I’m seeing things now that I don’t remember because I was 10, the transactions and how they built the team. It is a lot of fun to see the little things now that I probably didn’t notice back then.”

Fraysure got the account going by following media members who cover the Reds and everyone he could find from the 1990 team.

“I got a notification that Tom Browning followed me back, and Joe Oliver, and I’m like, ‘What?’” Fraysure said. “Later on down the line, Rob Dibble tweeted at me one day when I tagged him in something.”

A similar fan-operated Twitter account, Grandma’s Reds Scorebook (@GScorebook), tweets pictures of a homemade scorebook the operator’s grandmother kept from listening to Brennaman and Nuxhall from 1973-92. That account and Fraysure’s interact regularly, including on May 29, when Fraysure tweeted about the Reds’ victory over the Mets on that date in 1990 and Grandma’s Reds Scorebook replied with a picture of the book from that date. @GScorebook noted that New York’s Gregg Jefferies had singled in the third inning that day and tried to stretch it into a double, but Cincinnati’s Eric Davis threw him out.

Fraysure loves the idea of interacting with players from the time when his baseball fanhood was crystallizing.

“I was like, oh my God, this is crazy!” he said of the exchange. “Little stuff like that, that’s awesome.”

Fraysure has shone a light on memories of the 1990 team, embraced to be sure by Reds fans but overshadowed in team lore by the Big Red Machine of the 1970s.

“’75 and ‘76 was a little before my time,” Fraysure said, referencing the World Series titles Cincinnati won during that era. “The ‘90 team, I was 10 years old, so I was staying up watching those games, West Coast games, postseason games. That’s the team I remember. I know the ‘75-’76 lineup by heart, but I wasn’t alive then. The ‘90 team’s my team.”

In the Twitter bio Fraysure wrote for @1990CincyReds, he stated an aim “to celebrate baseball with no baseball,” based on the nearly four-month-late start to the season. The beginning of Cincinnati’s shortened 2020 campaign on Friday removed that impetus, but Fraysure plans to keep the account rolling.

“I’ll keep up with it all the way to the World Series — if we make it there,” Fraysure said, laughing the laugh afforded by someone who already knows how the story ends.