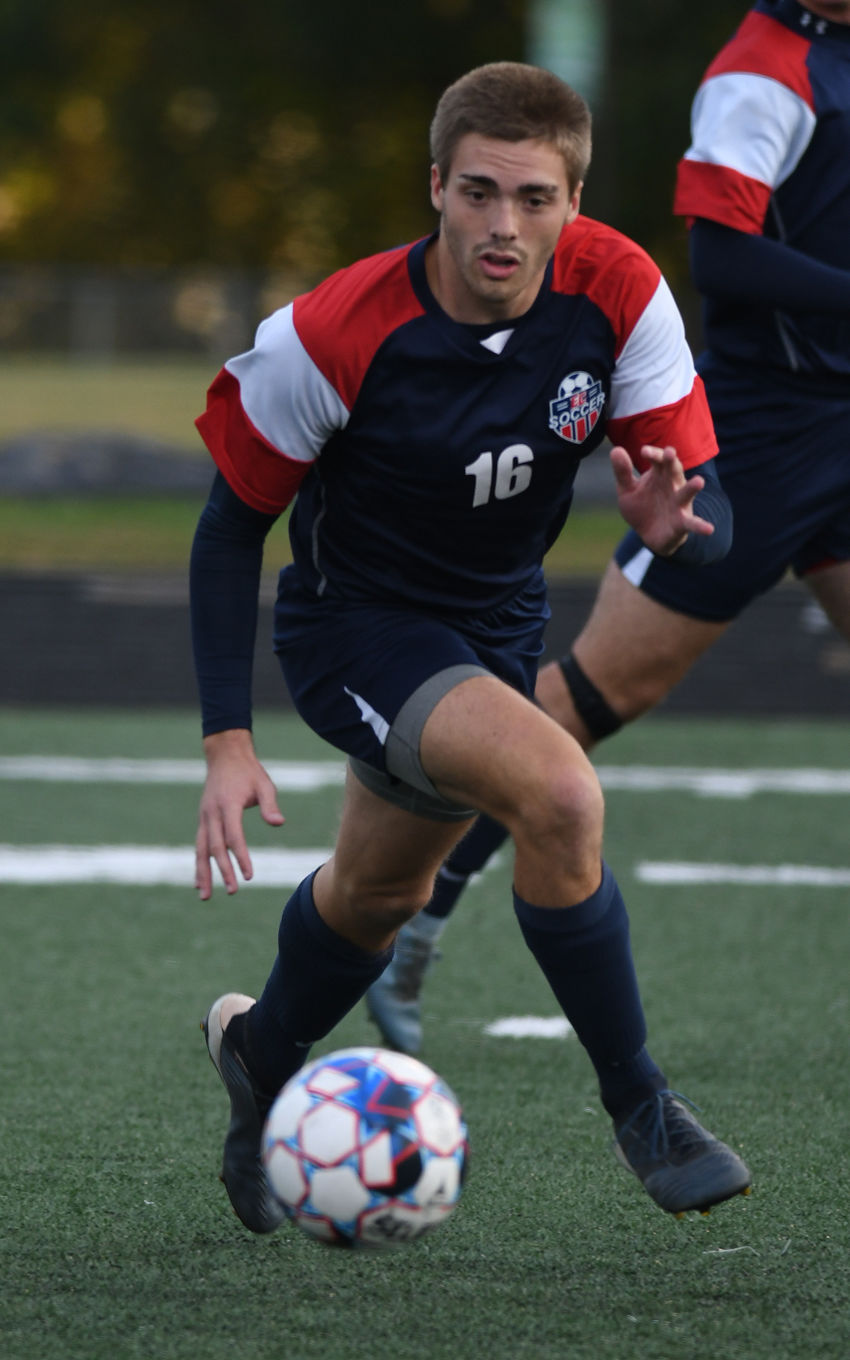 East Carter's Shawn Greenhill tries to stop a ball against Rowan County during the 16th Region Championship on Saturday in Morehead. KEVIN GOLDY | THE DAILY INDEPENDENT 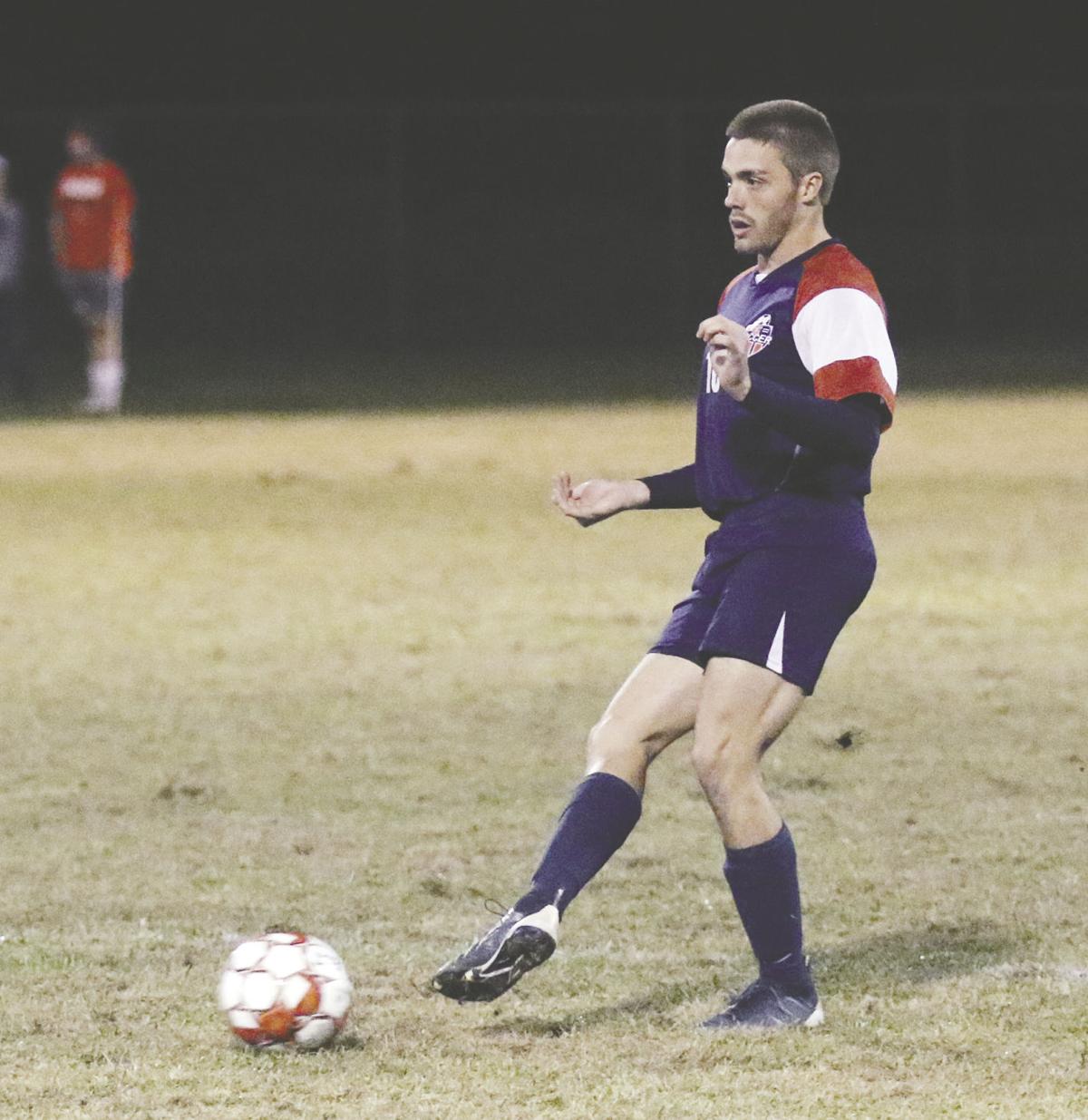 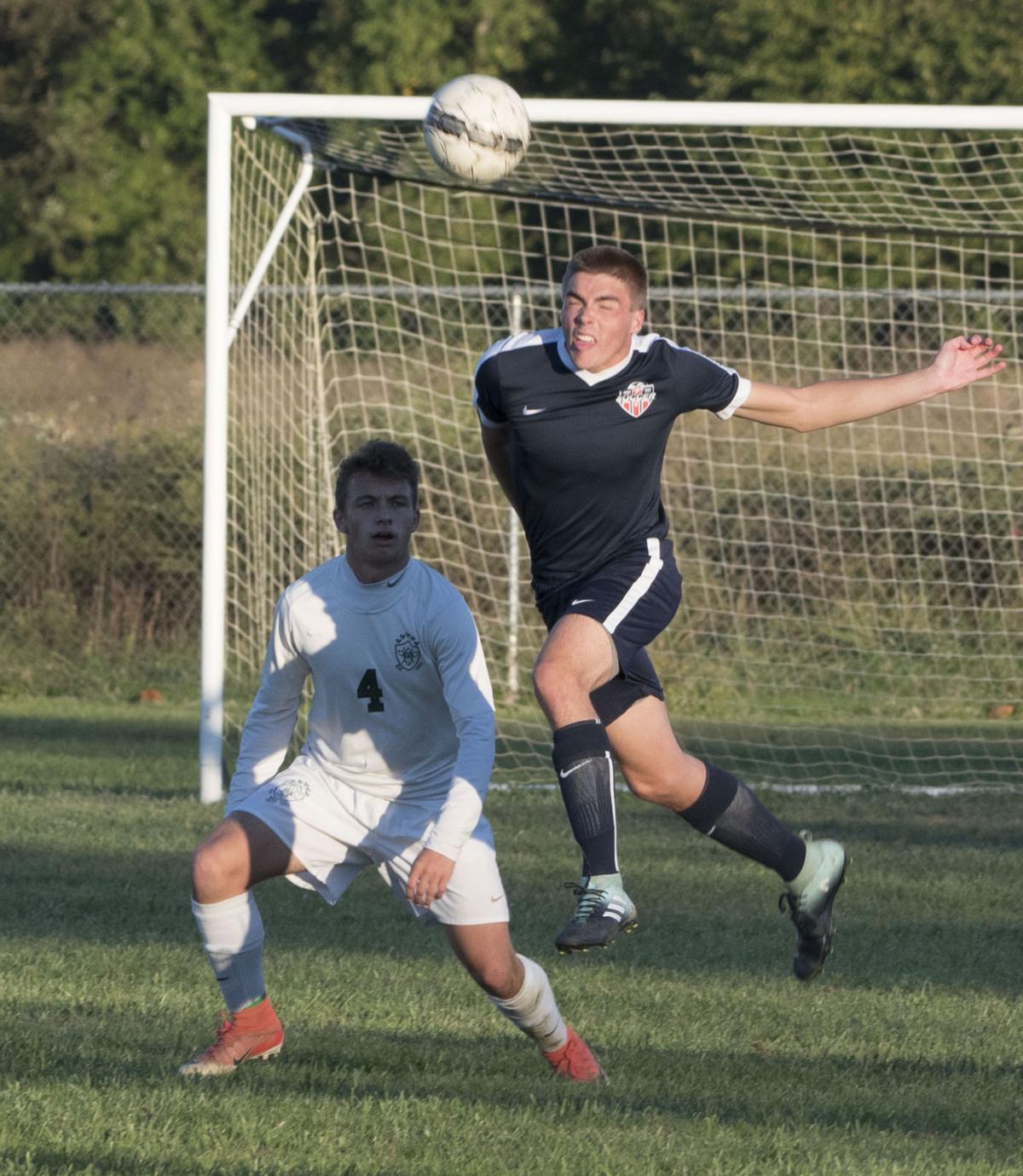 East Carter's Shawn Greenhill tries to stop a ball against Rowan County during the 16th Region Championship on Saturday in Morehead. KEVIN GOLDY | THE DAILY INDEPENDENT

GRAYSON East Carter’s boys soccer team’s practice gear is obsolete: in a nod to European football culture, the Raiders’ baby-blue T-shirts bear two stars between the shoulder blades, one for each of the two 16th Region Tournament titles East Carter had won before a week and a half ago.

Thanks largely to an unsung star in the back, the Raiders claimed another championship — and are two victories away from a bigger one.

Senior center back Shawn Greenhill doesn’t score at anywhere close to the rate Raiders goal maven Ethan Miller does, and he doesn’t get credit for clean sheets like sterling goalkeeper Trevor Cline does.

Try getting past Greenhill and the 4-4-2 formation he directs from the back, though. Only two region opponents scored more than twice on East Carter this season. That’s because of Cline, but it’s also because of the defensive line in front of him that Greenhill has led for four years.

“He’s got a lot of experience. He’s been playing that position since he was a freshman,” Raiders coach Chris Huddle said Monday of Greenhill. “He’s really picked up on the position. He directs when to step, when to move. The defense kinda runs through him.”

Save for a 4-3 victory over Rowan County in the region tournament final, East Carter has been nearly impenetrable in the postseason. The Raiders are outscoring opponents 35-6 in seven tournament outings.

That includes a 1-0 semi-state victory over South Laurel on Tuesday and a 2-1 topping of Prestonsburg in overtime two nights later in the state round of eight. Both games occurred at East Carter’s Bill Ticknor Field and are the first two victories beyond the region tournament in program history.

“It was like tearing down a wall, especially beating (South Laurel), because they beat us out the first year we won,” Greenhill said, referencing a loss to the Cardinals in his freshman season. “We were making history.”

That’s nothing new to this generation of Raiders, who claimed the school’s first region boys soccer title in 2016 — also Huddle’s first year as head coach.

Greenhill was front and center — actually, at center back — for that first one and two more since then.

Greenhill, who plays a position that usually doesn’t get much attention unless it’s performed poorly, doesn’t mind sharing what credit he does receive.

“I couldn’t do it without the midfield and the other defense, so shout-out to them,” he said. “We just try and stay organized, work together, communicate.”

Greenhill was named region tournament MVP, which even a week and a half later is still sinking in.

“Still shocking, I guess,” he said, “to see that you don’t have to score to be recognized.”

Greenhill does score, just mostly away from the pitch. He doubles as East Carter’s football kicker and has booted 26 extra points and two field goals — including a 24-yard three-pointer against Greenup County on Oct. 28 that later loomed large in the Raiders’ 30-29 victory, their sixth of the season.

So Greenhill is heavily contributing to the Raiders’ first trip to the state soccer semifinals and East Carter’s winningest football fall since 2005 — simultaneously.

“It’s really busy,” Greenhill said. “It’s awesome to see both of these teams excelling right now and being part of both of the programs as they’re doing well.”

Greenhill also participates in tennis, track and field and club soccer in the spring.

For now, he’ll focus on Wednesday’s state semifinal bout with Daviess County at Bryan Station. The Panthers have scored 86 goals this season, while the Raiders have relented 23.

That gives East Carter hope it can stay close enough to pull off what would be considered a shocker everywhere west of Grayson.

“As Chris and (Raiders assistant coach) Quinn (Huddle) always say, the team that makes the fewer mistakes wins,” Greenhill said. “I guess it helps the offense too. Keeping it clean back in the back, it supports them.”

“Everybody says I’m gonna be amazed when I see them,” Huddle said with a grin, “so we’ll see.”

Daviess County is aiming for its fourth trip to the state final in eight years. The Panthers won it in 2016. East Carter, meanwhile, represents eastern Kentucky in the semifinals for the first time since Ashland got there in 2004.

The Raiders will set out to do to the Panthers what they’ve done to almost every other opponent.

“We’ve gone into almost every game knowing if we can score a couple goals, we got a chance of winning because of that defense back there,” Huddle said, adding with a chuckle, “From what I’ve seen, they’ve got their work cut out for them Wednesday, so it’s gonna be a good test. We’re gonna see where we stand with some of the better teams in the state.”