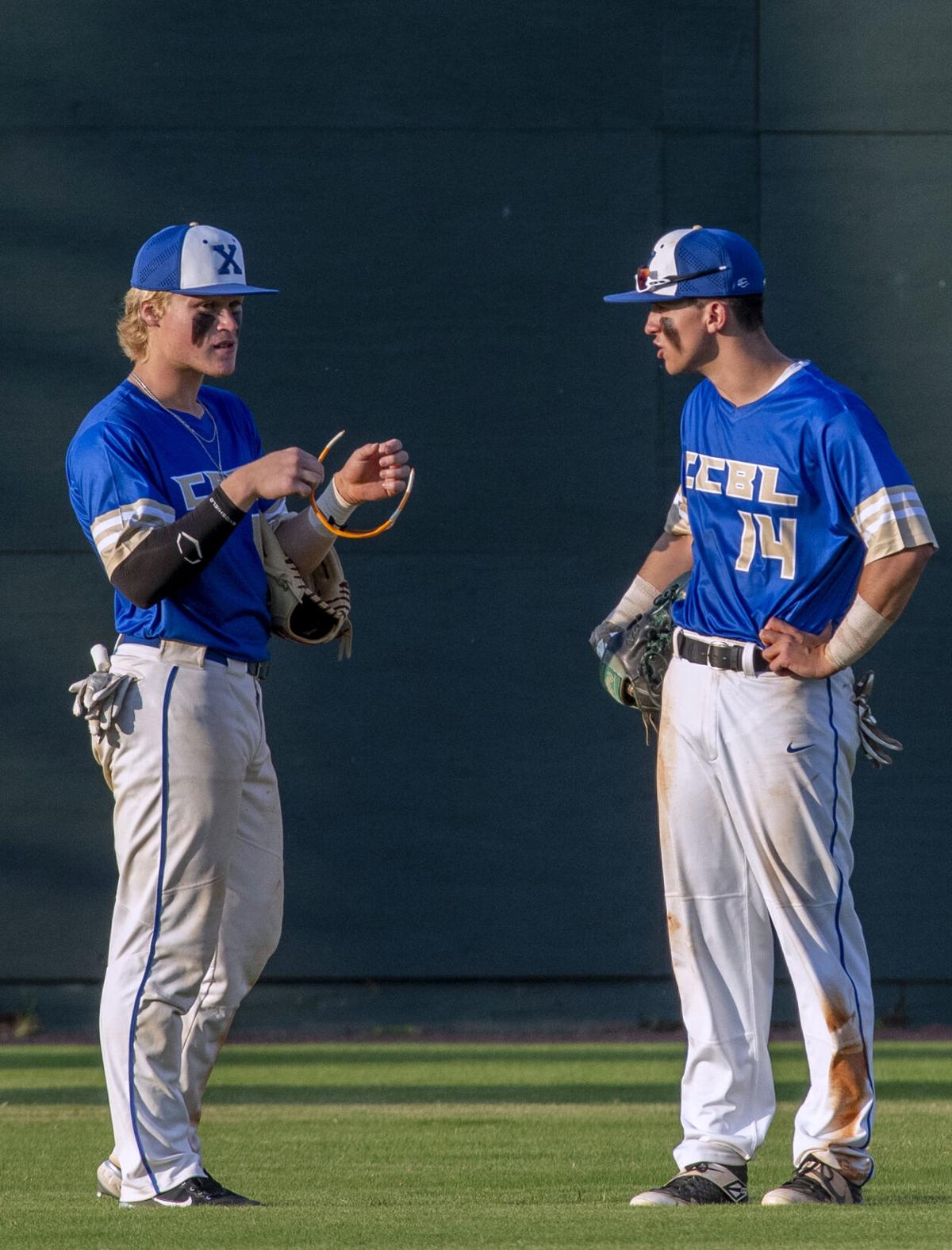 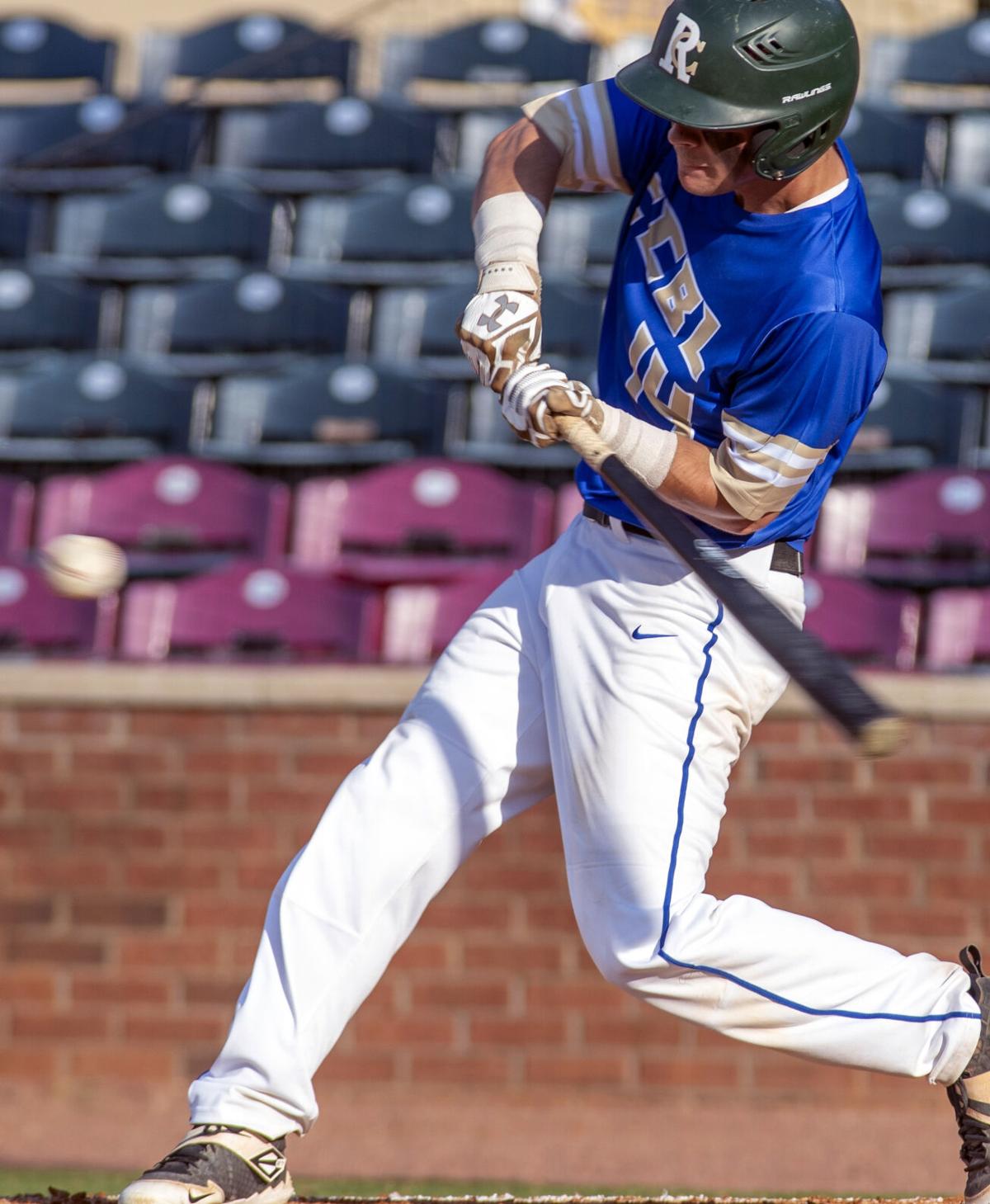 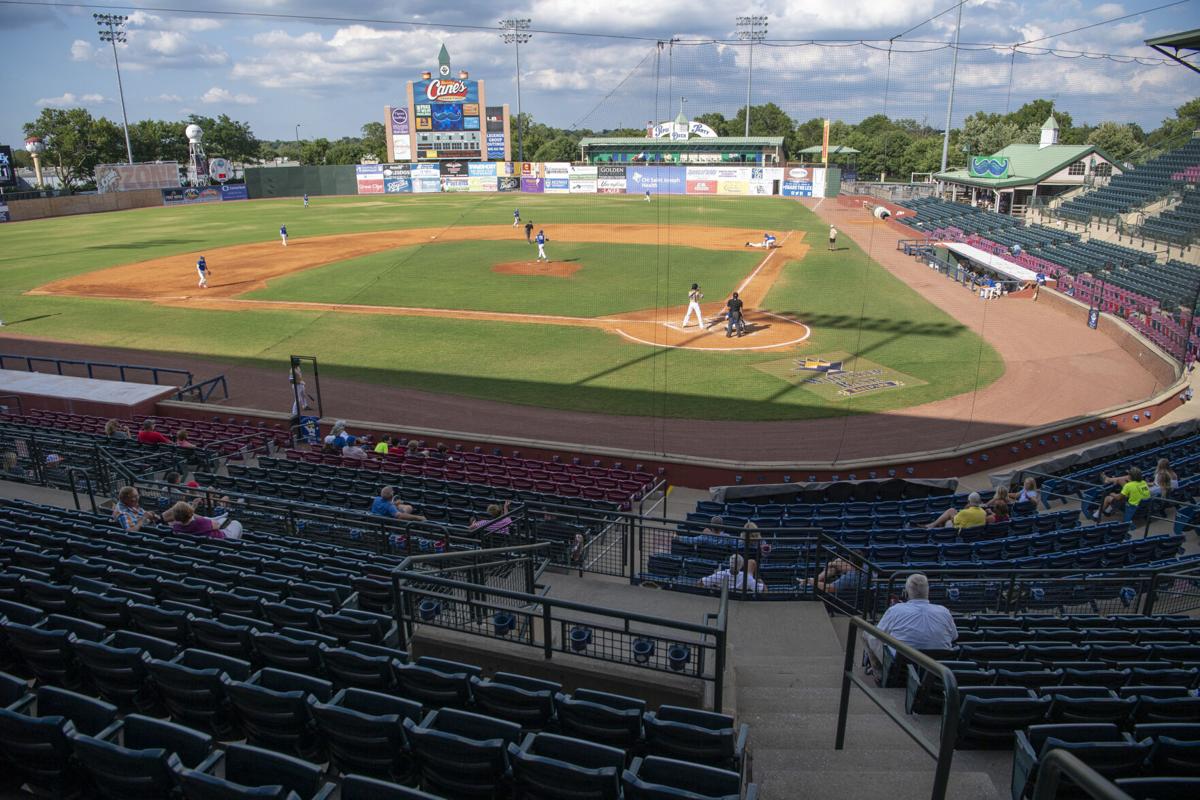 A nearly empty Whitaker Bank Park, due to social distancing, hosted two teams of the Commonwealth Collegiate Baseball League on July 28 in Lexington. 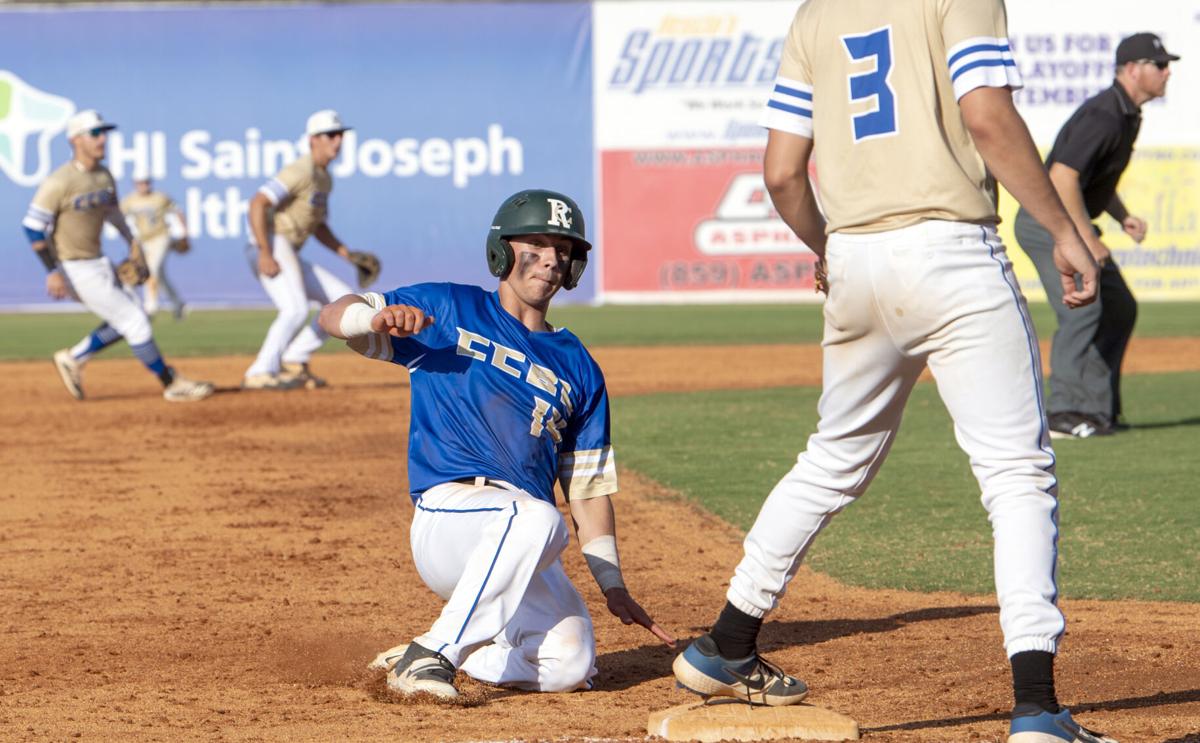 Shane Taylor steals third on a wild pitch during a Commonwealth Collegiate Baseball League game at Whitaker Bank Park in Lexington on July 28.

A nearly empty Whitaker Bank Park, due to social distancing, hosted two teams of the Commonwealth Collegiate Baseball League on July 28 in Lexington.

Shane Taylor steals third on a wild pitch during a Commonwealth Collegiate Baseball League game at Whitaker Bank Park in Lexington on July 28.

Those five syllables eventually combined into a noun Merriam-Webster.com defines as “the faculty or phenomenon of finding valuable or agreeable things not sought for.” Former Rowan County baseball teammates A.J. Hacker, Shane Taylor and Nick Eastham are enjoying their summer of unexpected good fortune – they are reunited on one of five Commonwealth Collegiate Baseball League teams.

When you last saw Hacker, Taylor and Eastham, the trio was part of the Vikings squad that won the 2019 16th Region tournament, compiled a 39-4 record (with 31 straight wins) and reached the state quarterfinals.

“I never thought I'd play with these two ever again,” Hacker said. “I'm glad it happened.”

Taylor wears a cross with his high school No. 22 – a senior night gift. The jewelry is also a reminder of things more important than baseball.

“It's taught me life's too short,” Taylor said. “Just enjoy being on this earth because it can be taken away from you just like that.”

Hacker became the 2019 Kentucky Mr. Baseball because of some incontestable pitching statistics: an 11-2 record, 137 strikeouts, 11 walks and only seven earned runs allowed in 82 innings pitched, and a 0.60 earned run average. He also hit .448 with 47 hits, 52 runs batted in, seven doubles, a triple and nine home runs.

Hacker signed with Indiana University, but he did not throw a pitch or swing a bat against a Big Ten team because he was redshirted. He eventually transferred to Northwest Florida State, a junior college in Niceville, a city of nearly 13,000 people located near Eglin Air Force Base and the beaches of Destin.

The day Hacker and the Hoosiers found out there would be no baseball in Bloomington still stings. He spoke to all seven seniors.

“You could tell, being in the locker room that day when they told the guys, it hurt all of us,” Hacker said. “Most of them were pitchers, so I was pretty tight-knit with them.”

When Eastham found out his high school career was done, one word stuck out – heartbroken.

“It took me a few days to get over it,” Eastham said, “but you know there's gonna be more baseball once this is all over, so you've got to keep your game on, still practice.”

Hacker said Northwest Florida is letting him be a position player. (He plays first base when he's not pitching.)

“My swing's pretty much down where it used to be,” Hacker said.

Taylor hit .437, drove in 50 to go with 49 runs, 59 hits, 12 doubles and five homers. He originally signed with West Virginia State, an NCAA Division II school, but instead will head for Frontier Community College in Fairfield, Illinois, a junior college a little more than 100 miles northwest of Owensboro.

“I just felt like, with everybody coming back from West Virginia State, I just didn't feel like I'd see all that much action next year,” Taylor said. “I just feel like it's best to come in, go to Frontier and play right away and compete.”

As a junior, Eastham carried a .380 average with 46 hits, 39 runs, 37 RBI and 11 doubles. He'll play collegiately at Midway University this fall.

“I really like being close to home like that,” Eastham said  “It's 15 minutes from Lexington, so it's about an hour 15 away from (Morehead).”

Like most everyone else, Hacker, Taylor and Eastham are concerned about what COVID-19 is doing to the country.

“I'm not really worried about it for me,” Hacker said. “The only reason I've been worrying about it is for my parents and my family's sake. … I won't be around anybody else other than myself and teammates, so I don't have to worry about spreading it to my family.”

Hacker, Taylor and Eastham requested to be placed on the same team, which turned out to be the Xpress Blue squad. Taylor was supposed to play for a summer team in Myrtle Beach, South Carolina, but COVID-19 wiped out the season.

“Then this (CCBL) opened up,” Taylor said. “I couldn't go a summer not doing anything. Me and Nick talked about signing up.

“Then, I believe it was June, beginning of June, A.J. said he signed up.”

The summer ended quickly. Their team finished the regular season at 8-5 was the No. 1 seed in the double-elimination postseason tournament, but dropped their first two games.

Taylor was a combined 2-for-5 with a run batted in and two singles, and Eastham was 2-4 with a double, sacrifice fly, two walks and 2 RBIs. Hacker suffered a strained left hamstring and missed the tournament.

Hacker, Eastham, and Taylor are headed to multiple points on the GPS, but they say they're Vikings forever.

“I'll say that everybody from last year's team is pretty close,” Eastham said. “I feel like I've talked to everybody from that team at least once a month. That's pretty good.”