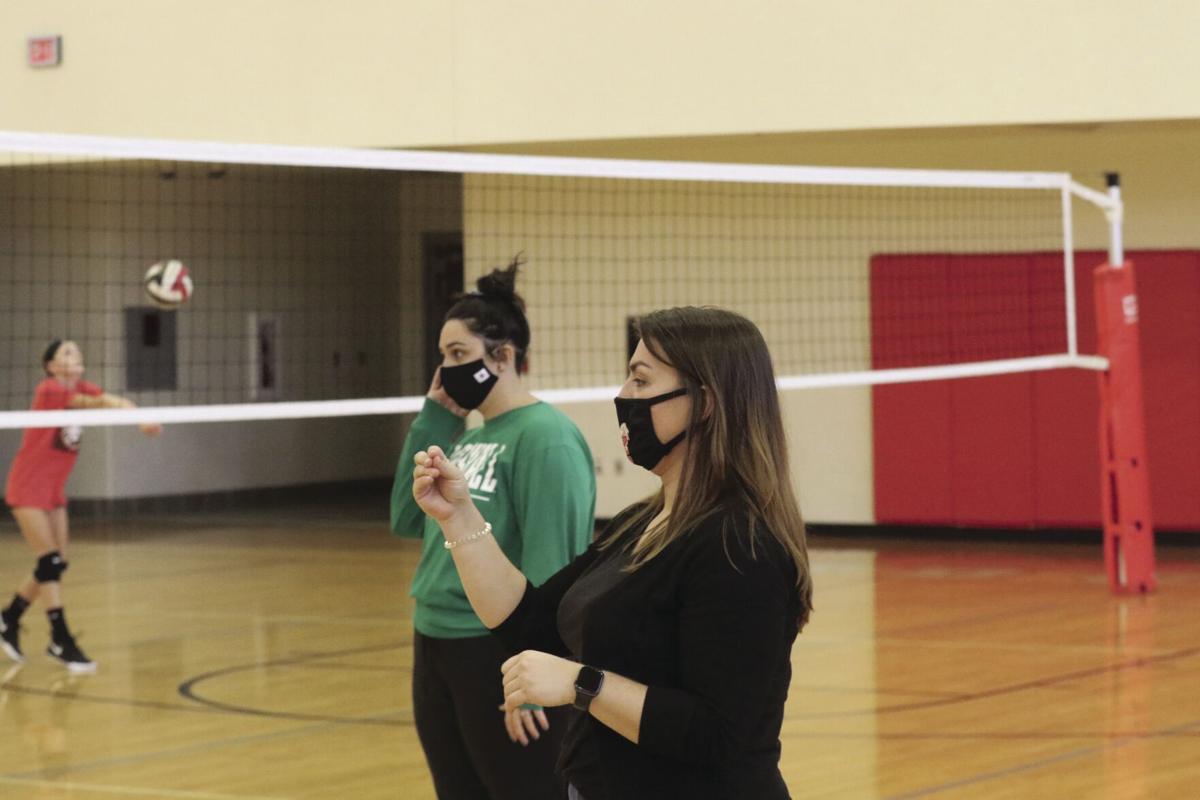 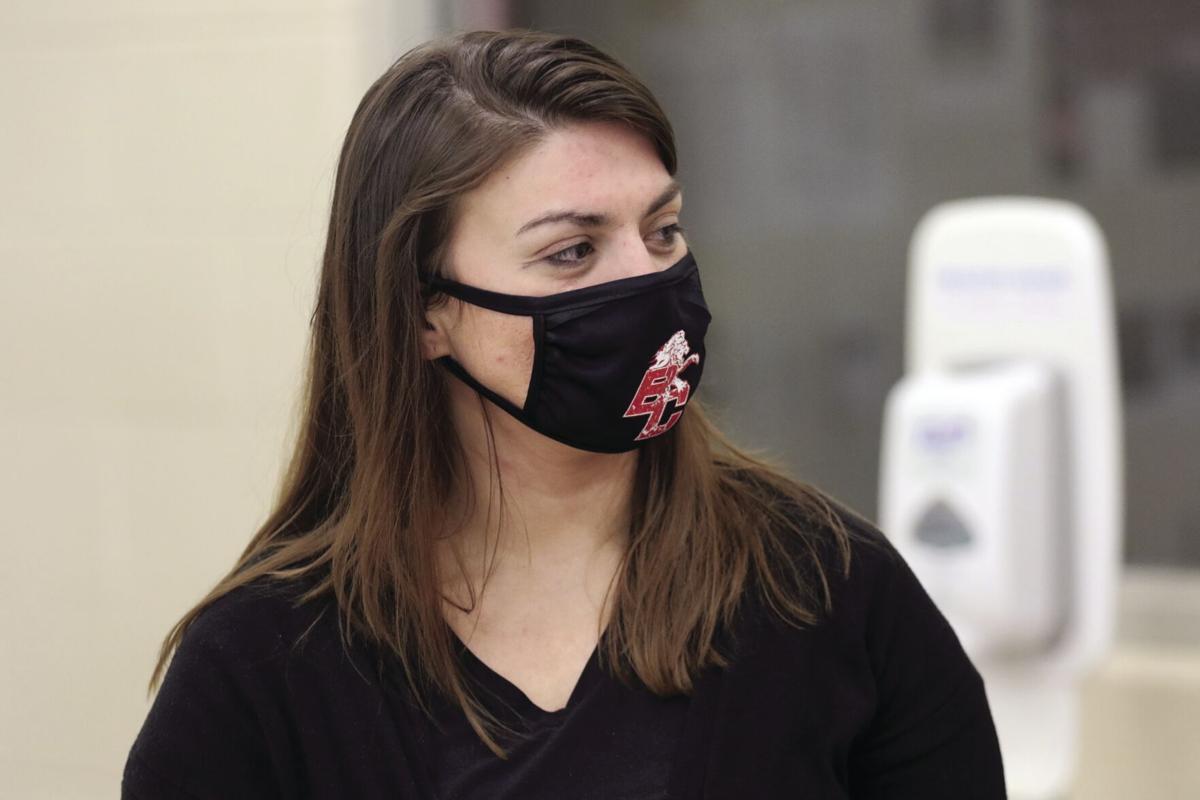 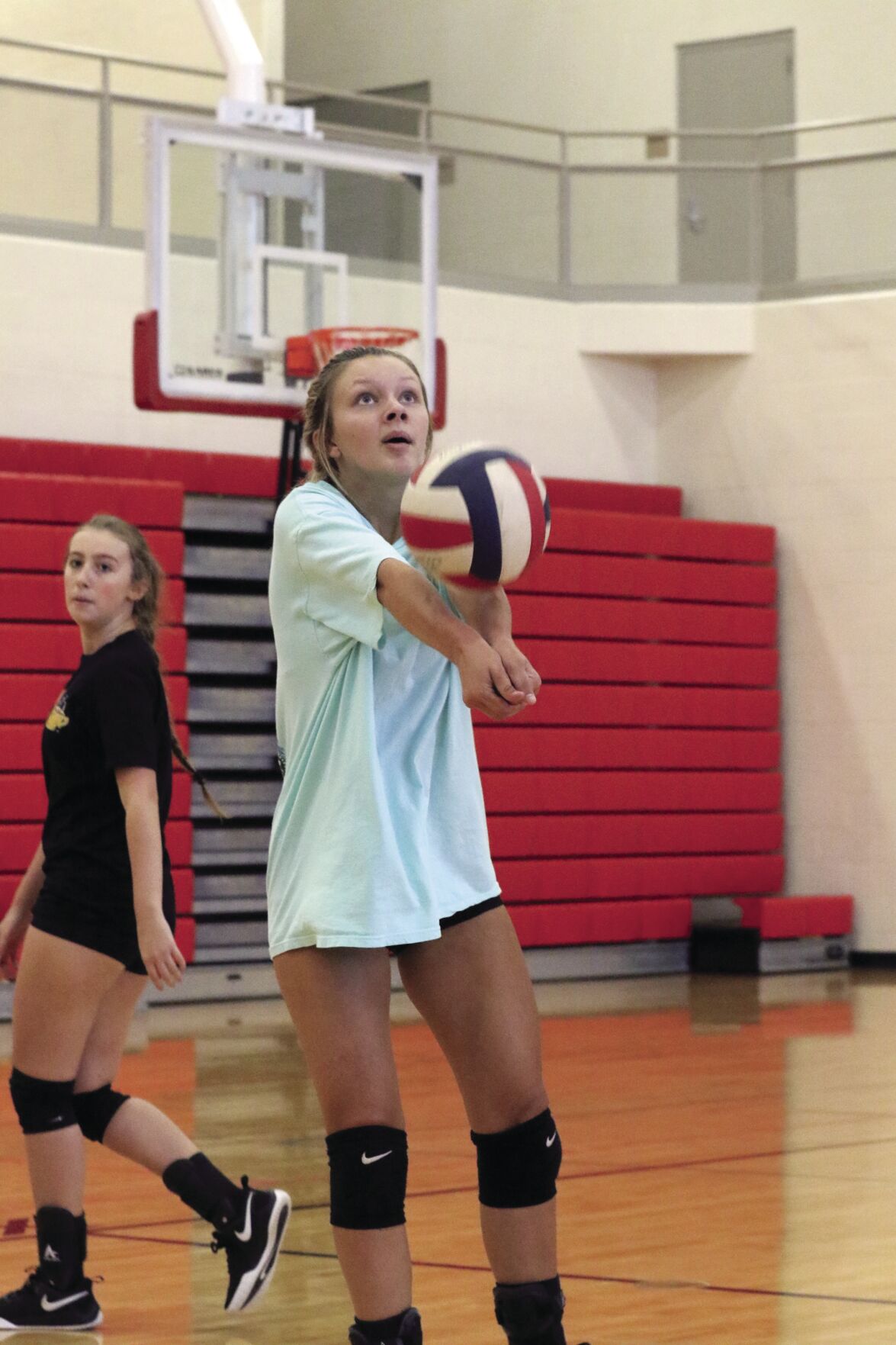 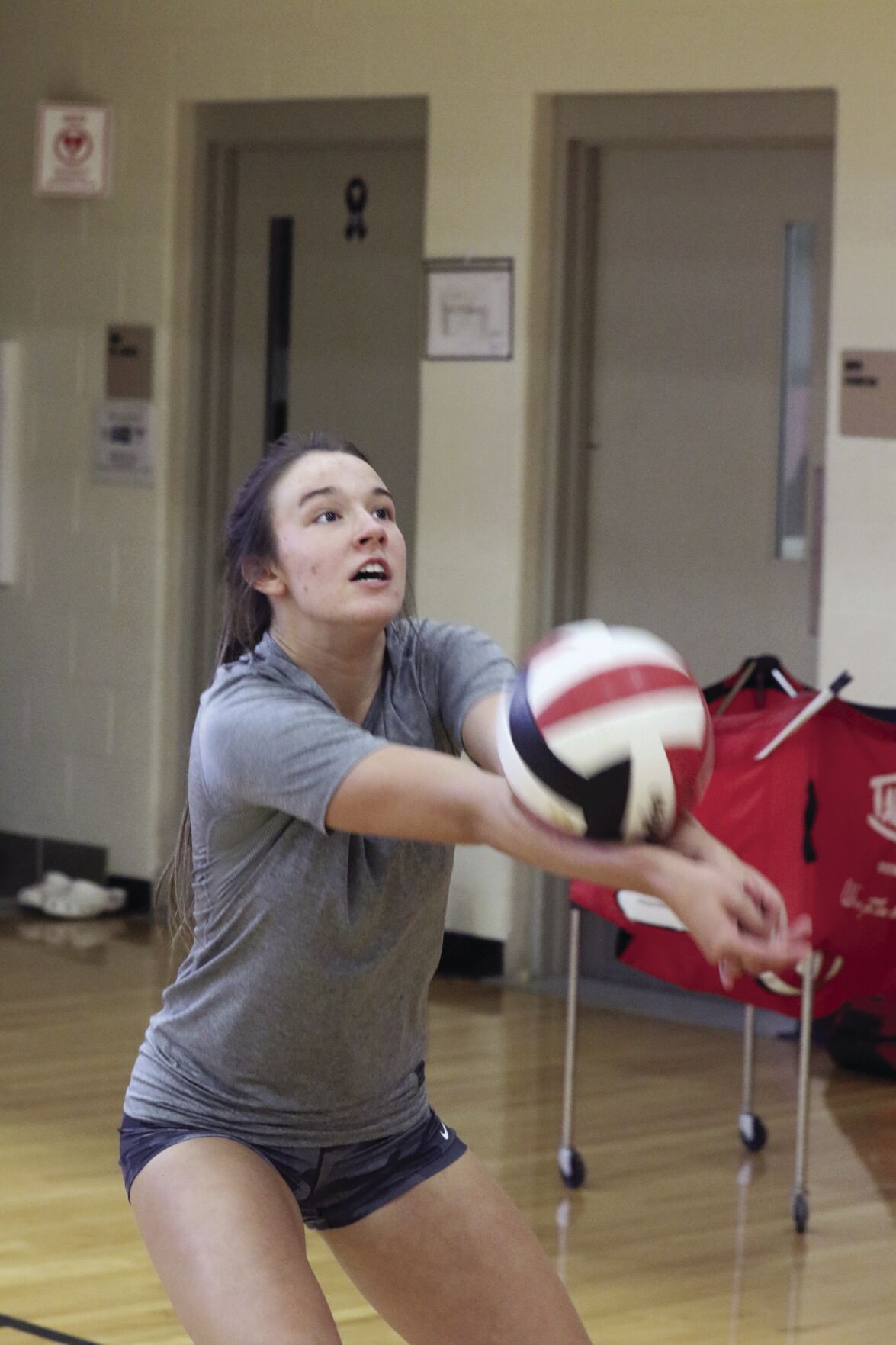 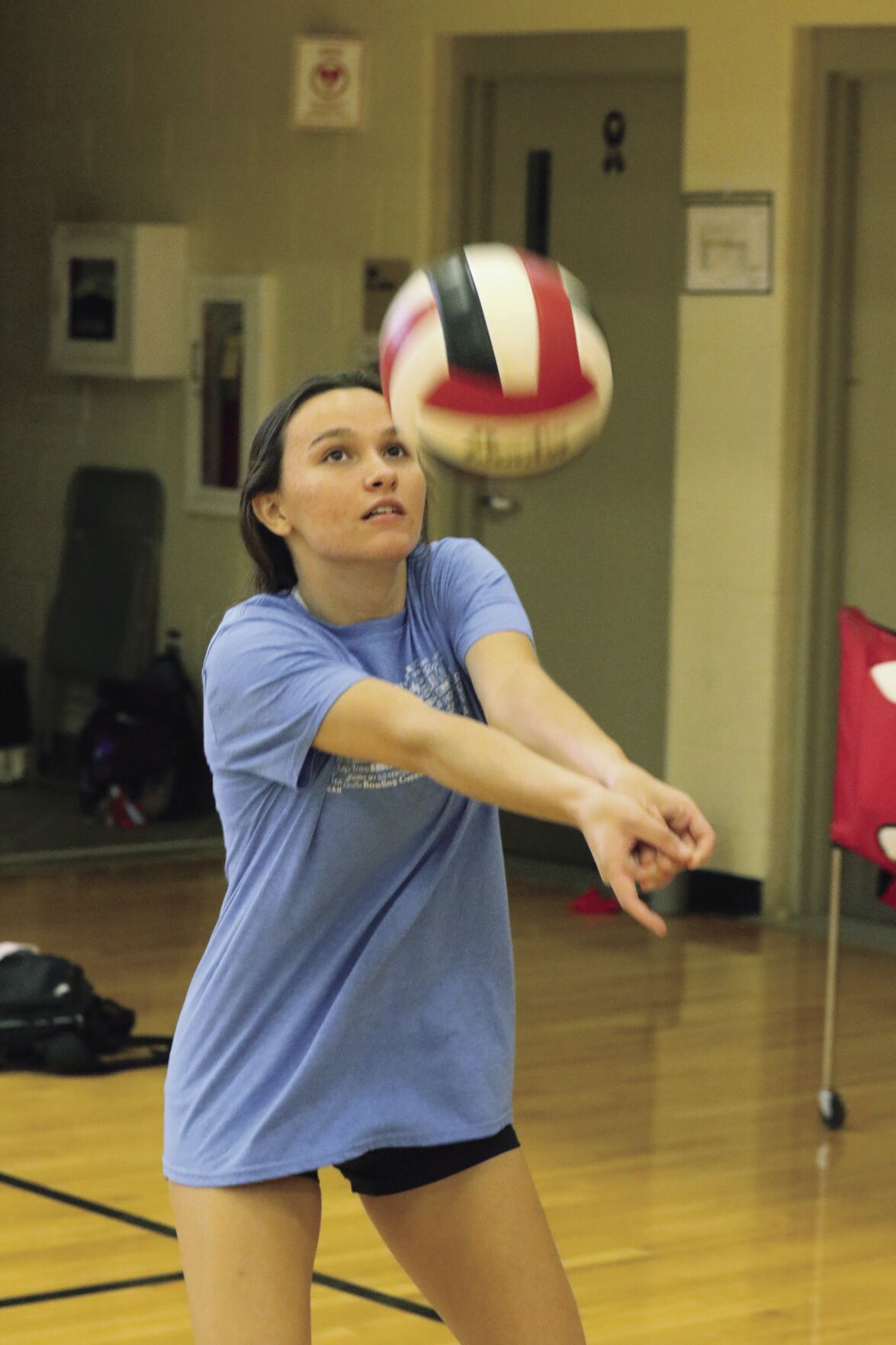 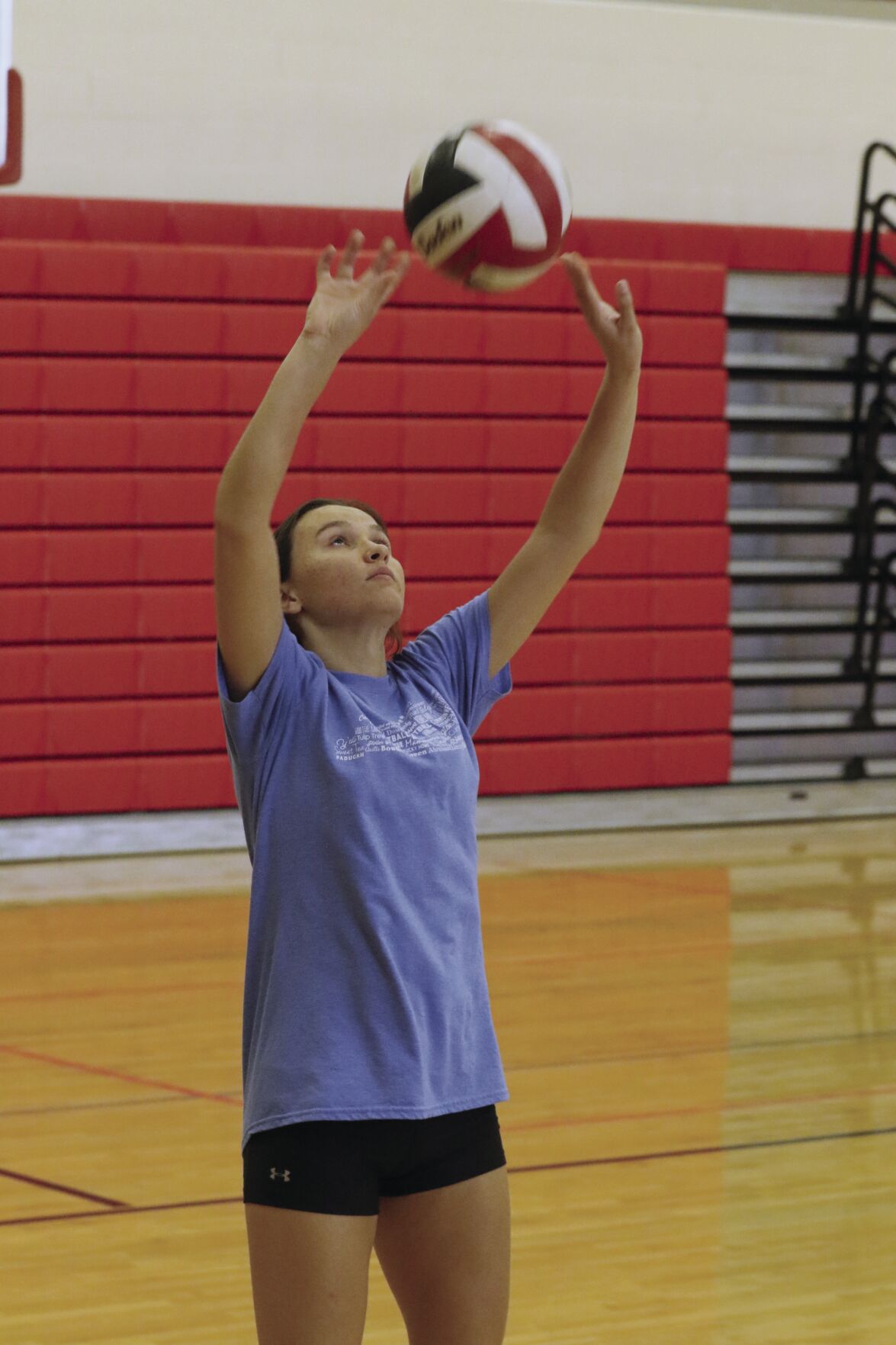 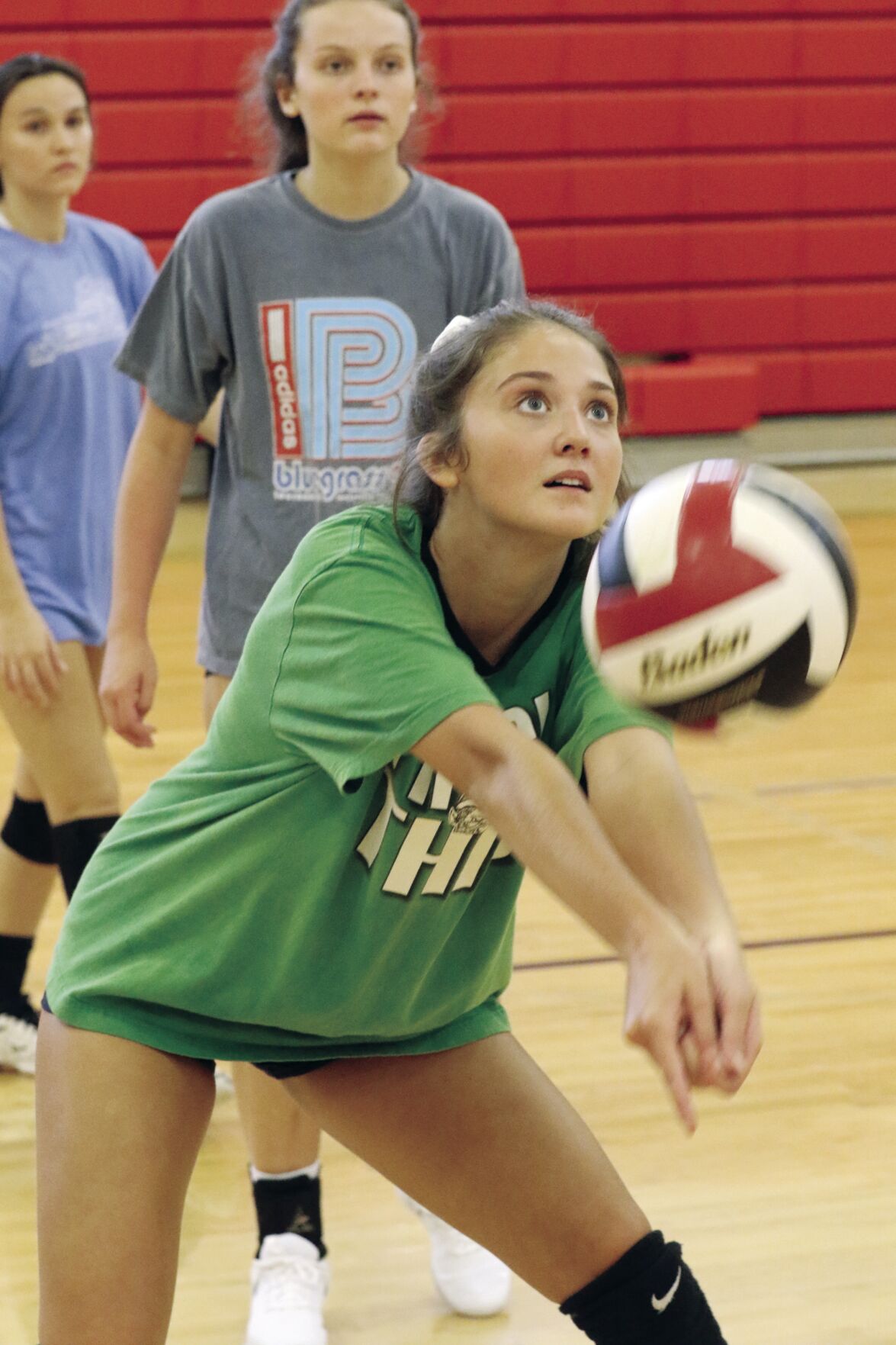 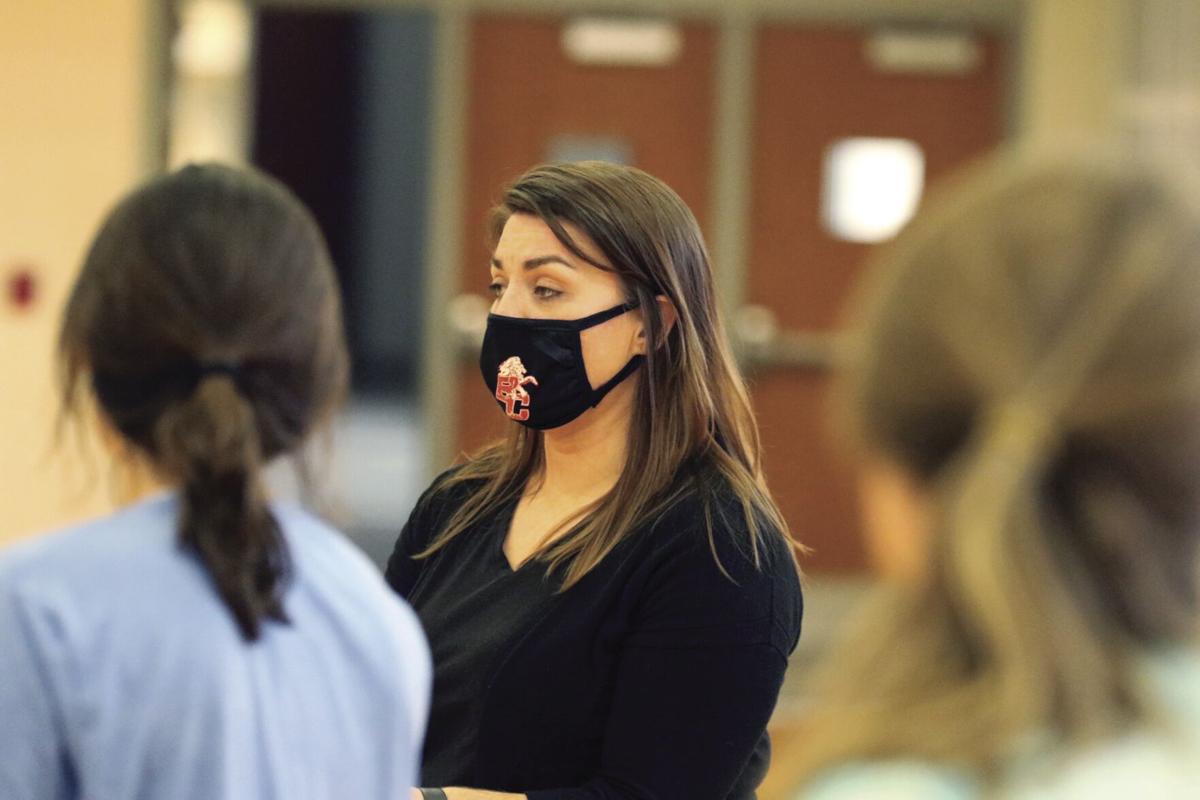 Matt Jones | The Daily Independent Boyd County volleyball coach Katee Neltner talks to the team during a practice on Thursday.

Matt Jones | The Daily Independent Boyd County volleyball coach Katee Neltner talks to the team during a practice on Thursday.

CANNONSBURG When Boyd County wanted to alter the direction of its volleyball program, athletic director Pete Fraley decided to raise the bar.

Katee Neltner, a lawyer by day and a former volleyball player at Kentucky Christian, was interested in her first head coaching job.

And after the Lady Lions’ 13-season streak without a winning campaign, the time had come for a change.

“I just knew that she was a hard worker,” Fraley said of Neltner. “She is very disciplined. She demands a lot from her kids. It’s not a fear thing. They just know about her expectations and they try their best to perform. They want to please her in every way.”

The first time Fraley approached Neltner, she said the timing wasn’t right. The Lady Lions called again a few months later, and she didn’t pass up the opportunity again.

“I had no idea what their past record was when I interviewed for the job before the 2016 season,” Neltner said. “I was 30 weeks pregnant and getting set up to take my bar exam. I started working elsewhere.

“Then I got the call and said, ‘Sure, I will give it a try.’ I just love the sport. I had no idea what the program was when I walked into it.”

Boyd County won its last region title in 2003. Over the next 13 years before Neltner’s arrival, the Lady Lions accumulated a total of 62 victories and didn’t play a region tournament match from 2006 to 2016.

Boyd County has tallied 68 wins in Neltner’s three seasons at the helm and reached back-to-back region final appearances in 2018 and 2019.

The coach saw the talent level of her team on Day 1 but made her case that it is only one component of success.

“I’ve always been blessed with talented girls,” Neltner said. “There’s so much skill here. It was really just organization. We started on the basic fundamentals and we do that to this day. I tell them if you get tired of the fundamentals, this isn’t a sport for you. We keep that fresh with everyone.”

Senior Abby Baker was an eighth-grader when the Lady Lions finished with a 0-28 record in 2016. Two seasons later, Boyd County put up 22 wins and was one victory away from a trip to the state tournament.

Baker said Neltner changed the mentality of the program and made them believe that they could turn things around.

“Now looking back with the players that were starting out then and are still playing,” she added, “we all have the mindset that we were better than that. We took the bad season and we turned it into what Boyd volleyball can be.”

Neltner has always had a youthful roster at Boyd County. She believed to build the program back up and instill toughness in her players, it started with their routine in practice.

“Our youth sometimes shows in big games,” Neltner said. “We’ve grown as a team and we kind of kicked that aspect. We know our skill level. We know that we’re good and we’re going to come in strong this year. It’s just repetitiveness. Perfect practice makes perfect play. We do it as close to perfect in practice. That mentality and practice really helps them when they show up in big games. They’re going to be prepared.”

The Lady Lions produced a winning record in Neltner’s first season, their first since the region championship team in 2003. Boyd County earned a 29-8 record last year and is looking for more in a shortened 2020 season due to the ongoing health crisis.

Baker, a two-time All-Area player, recorded 757 assists last year, including her 1,000th career dish early in the season. Neltner said the senior is soft-spoken but leads by example on the court.

“When I first started, we had our headbutting sessions,” Neltner said. “She wasn’t real sure about me. I wasn’t sure about her. Abby’s talent is undisputed. She has played for such a length of time and her experience is invaluable. I think she’s ready to lead. She’s a pretty quiet kid, very intelligent and super friendly if you break that shell.”

Neltner could slowly see the transformation of the team during her first season. She couldn’t pick out an exact moment but noticed the thought process changing with each point, reacting to the moment and finding where they needed to be on the floor.

“Volleyball is a game of angles,” Neltner said. ‘’Once it clicks for these girls with positioning instead of just thinking, it’s a 30-by-30 (foot) court, let me go stand somewhere. It’s finding a specific place. Once you see that click with the player and they know where they’re supposed to be, it makes them that much quicker. You can see that they understand the game better.”

Neltner was named All-Area Coach of the Year after her initial season at Boyd County. She founded the Northeastern Kentucky Elite Volleyball Club with Ashland coach Sarah Linn. The two are close friends and former teammates at KCU. They are team directors along with Greenup County coach Eric Bays.

Twenty-one of the 23 Lady Lions play club ball, and 19 are a member of NEKY Elite Club. Neltner always prescribes that the team finds a way to stay active in the offseason, especially this year after COVID-19 didn’t allow summer activities.

“It’s been hard,” Neltner said. “The girls are begging to play. The girls are playing club together. They play in high school. They see each other every day, then they had to go to isolation. It’s not so much the sport. They want to get back to their friends and their relationships that they have built. It was difficult going from seeing your kids every day eight to 10 months out of the year, to several months where we had zero contact. It was a hard transition.”

Boyd County has been knocked out of a trip to Louisville and the state stage the last two seasons by Rowan County, the three-time defending region champion.

Neltner said her team is confident it has the tools to achieve something that has eluded the program for 18 seasons.

“I will stand behind their skill level,” Neltner said. ‘We’re not focused on skill as much as we are work ethic. I tell them all the time that good teams get beat by those who outwork them.

“We are putting everything together in a short period of time,” she continued. “I believe in these girls. I think that they are ready. They have already been on that main stage two times now and the region tournament the last three years. Rowan County has kicked our rear end all three years. There’s a little bit of a vengeance coming back and the hunger. …We are ready to take that next step.”

Boyd County and Rowan County figure into the region conversation again this year.

“It’s going take us working together,” Baker said. “Sometimes we get caught up in our own heads about the other team and we get kind of nervous. We want to be a team instead of individuals.”