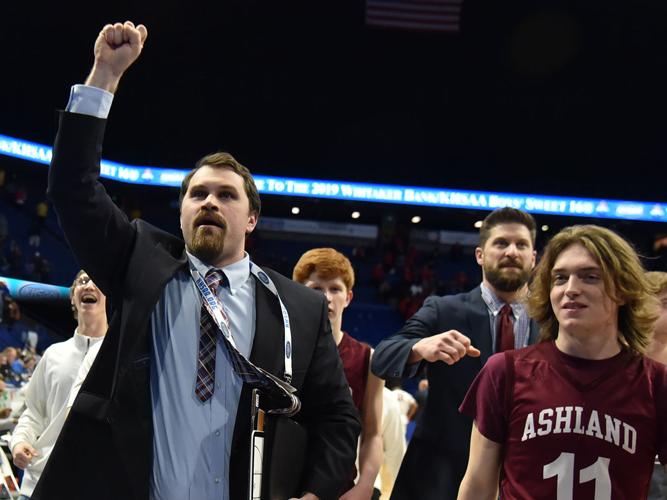 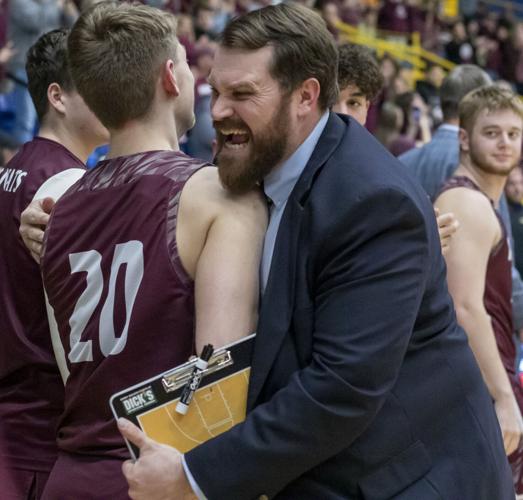 Certain aspects of the situation Ryan Bonner is walking into for his first head-coaching job are not the way he would have drawn them up.

One factor that he believes is perfect for him is where it is taking place.

“I love Ashland,” the Tomcats’ new interim coach said Wednesday afternoon, shortly before being introduced to players and parents in that role. “I love this school, I love this community, I love this basketball program. I love everything Ashland. My family’s here, and it means a lot to me.”

Bonner has had the opportunity over eight years as an assistant coach to watch Tomcats players have the same experience he did at Ashland before graduating in 2009.

That was the determining factor for Bonner, he said, to pursue a job that came open abruptly on Tuesday when Jason Mays was dismissed in the midst of trouble with the KHSAA over recruiting allegations.

“The relationships that I’ve been fortunate enough to build over my time here as a player, I now start to see our players building those same relationships,” Bonner said. “When I met with our administration in regard to becoming the interim head coach, that’s what made the decision for me so easy, when they did decide that they were gonna hire me as the interim. It was because of the kids in the locker room.”

Bonner recently became a special education teacher at FCI Ashland, the federal prison in Summit. Before that, he taught in the Ashland Independent School District, where he’d worked with current Tomcats since they were in elementary school.

“There’s kids that are on this team that I knew when they were fourth-graders,” Bonner said. “So my relationship with our players is a very close, very tight-knit one, and it’s really important to me. That’s the first thing I thought of when they decided to hire me was, it’s about the guys and the players in the locker room and doing what’s right for them.”

Ashland Blazer principal Jamie Campbell believed that history to provide the right fit for the program.

“We look forward to the consistency and leadership that he brings to this position,” Campbell said of Bonner in a press release.

Bonner has played and/or worked for the last four Ashland coaches. He played under Mike Flynn and Buddy Biggs, then returned to the program on Biggs’s staff in 2014. He also coached under Jeremy Howell and Mays.

“As far as coaching the game, everything from the Xs and Os to the administrative side of coaching, I feel like I’ve pretty much seen it all at this point,” Bonner chuckled.

Bonner said his Tomcats will play similarly to how they did during Mays’s four-year tenure.

“We’re gonna try to play with as much tempo as we can, and we’re gonna have spacing on offense to create gaps for guys to get into, because we feel confident in our speed and our athleticism,” Bonner said. “Defensively, we’re gonna continue to try to pressure people in the half-court.”

One wrinkle Ashland can bring this year that it hasn’t over the last three is post play.

“We’re gonna have the ability to play with multiple bigs in a game this year if we want to, which is something different I’m looking forward to,” Bonner said. “I know guys on our staff, like (assistant) coach (Chris) Whitlock, are looking forward to it as well, because we finally get to beat and bang on some post players in practice. So that’s always a good thing.”

Bonner played football at Eastern Kentucky University, where he was listed at 6-foot-3 and 248 pounds in his redshirt senior season in 2013. He was a Tomcats football assistant for a time after coming back to Ashland and enjoyed that too, but jokingly described himself as “a basketball player trapped in a football player’s body” who has always had a deeper interest in the round ball than the oblong one.

“I really enjoy the schematics, the game preparation, the practice, and I also like the quick turnover (of basketball),” Bonner said. “You’re playing two, three nights a week, and it keeps things fresh and avoids monotony.”

Ashland announced in June it had self-reported a potential violation of KHSAA Bylaw 16, which prohibits recruiting and “impermissible contact.” That was the first public step in a saga that included the online leak of the recording of a phone call between Mays and a Boyd County parent, purportedly for recruiting purposes.

Mays remained in his role until Tuesday, when Ashland announced his firing, saying the KHSAA had not accepted the punishment the school had proposed and “additional information” was uncovered during a KHSAA investigation. That information has not been made public and the KHSAA declined comment on Tuesday.

Over the course of the five and a half months since then, the Tomcats have dealt with the situation by keeping their nose to the grindstone, Bonner said.

Bonner, 31, is married to Chelsea. They have a 2-year-old daughter, Lakyn.