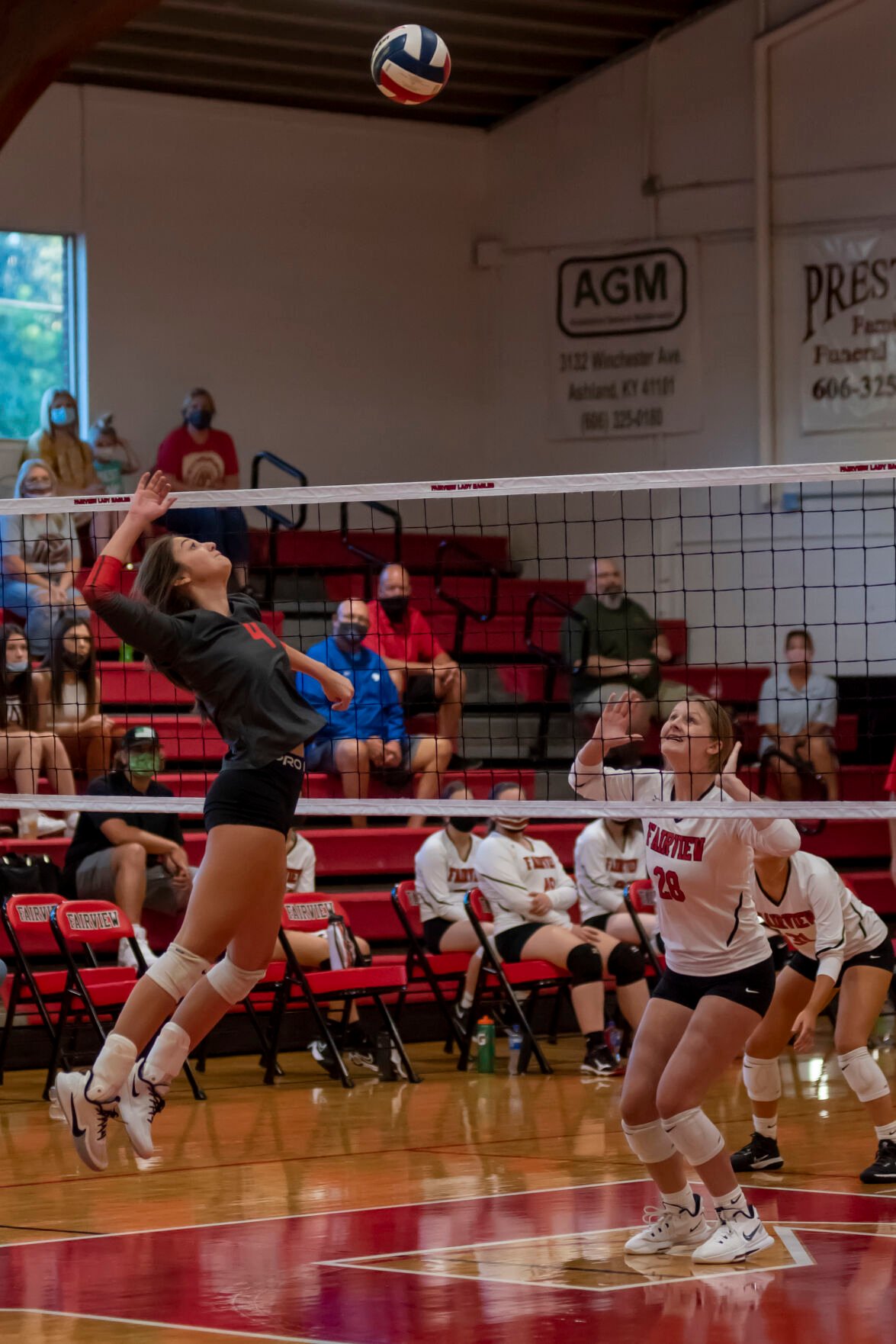 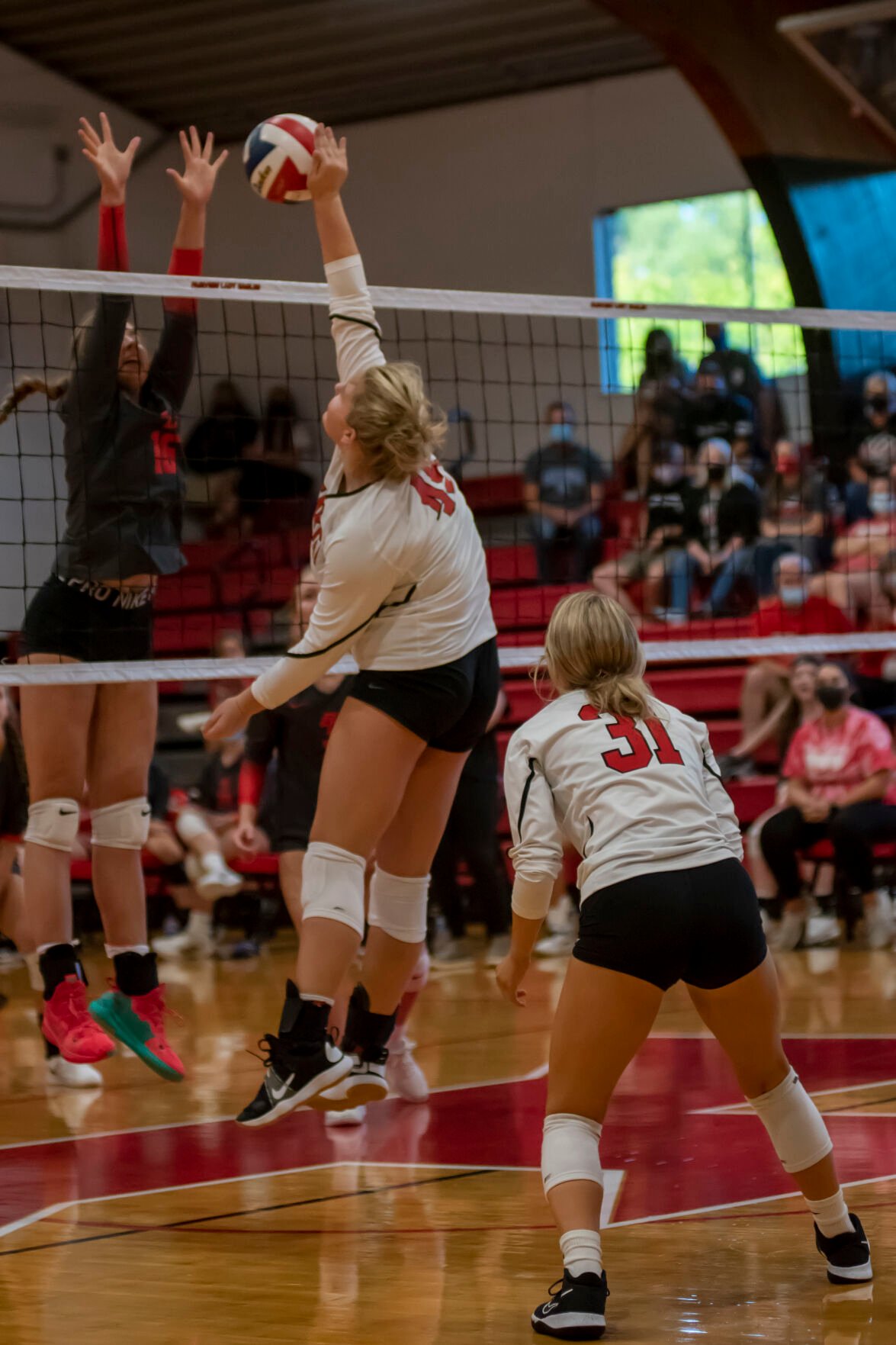 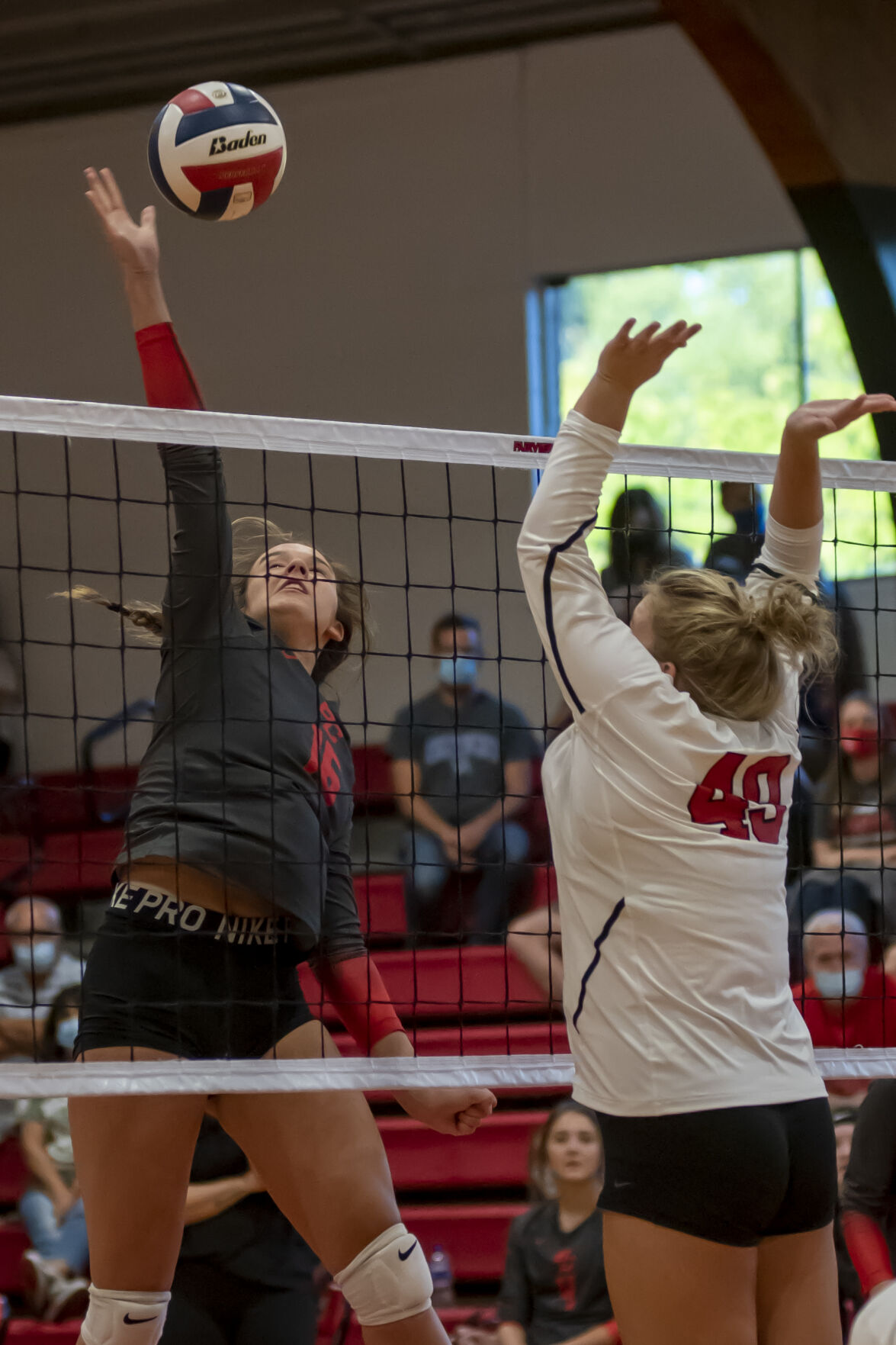 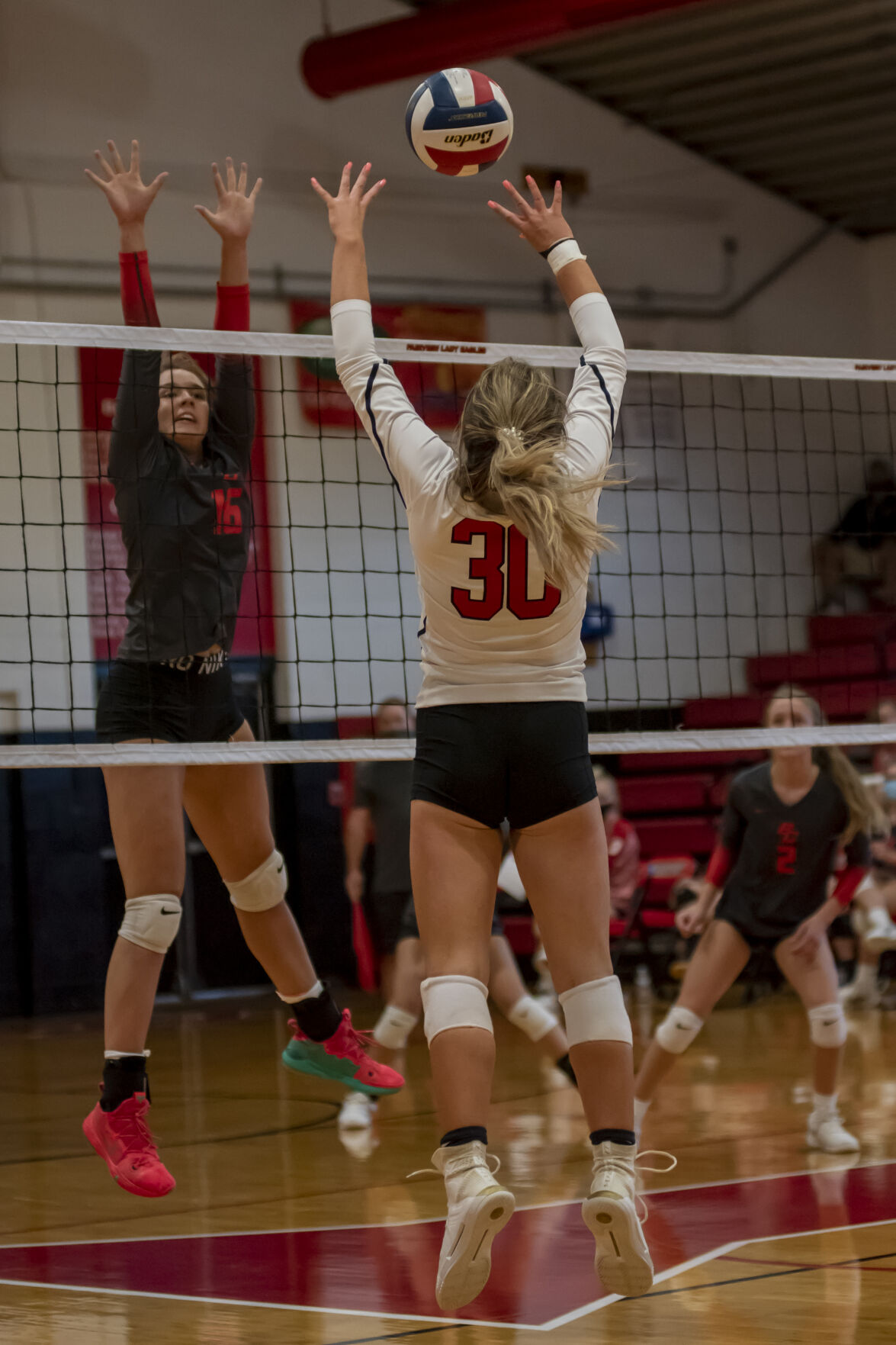 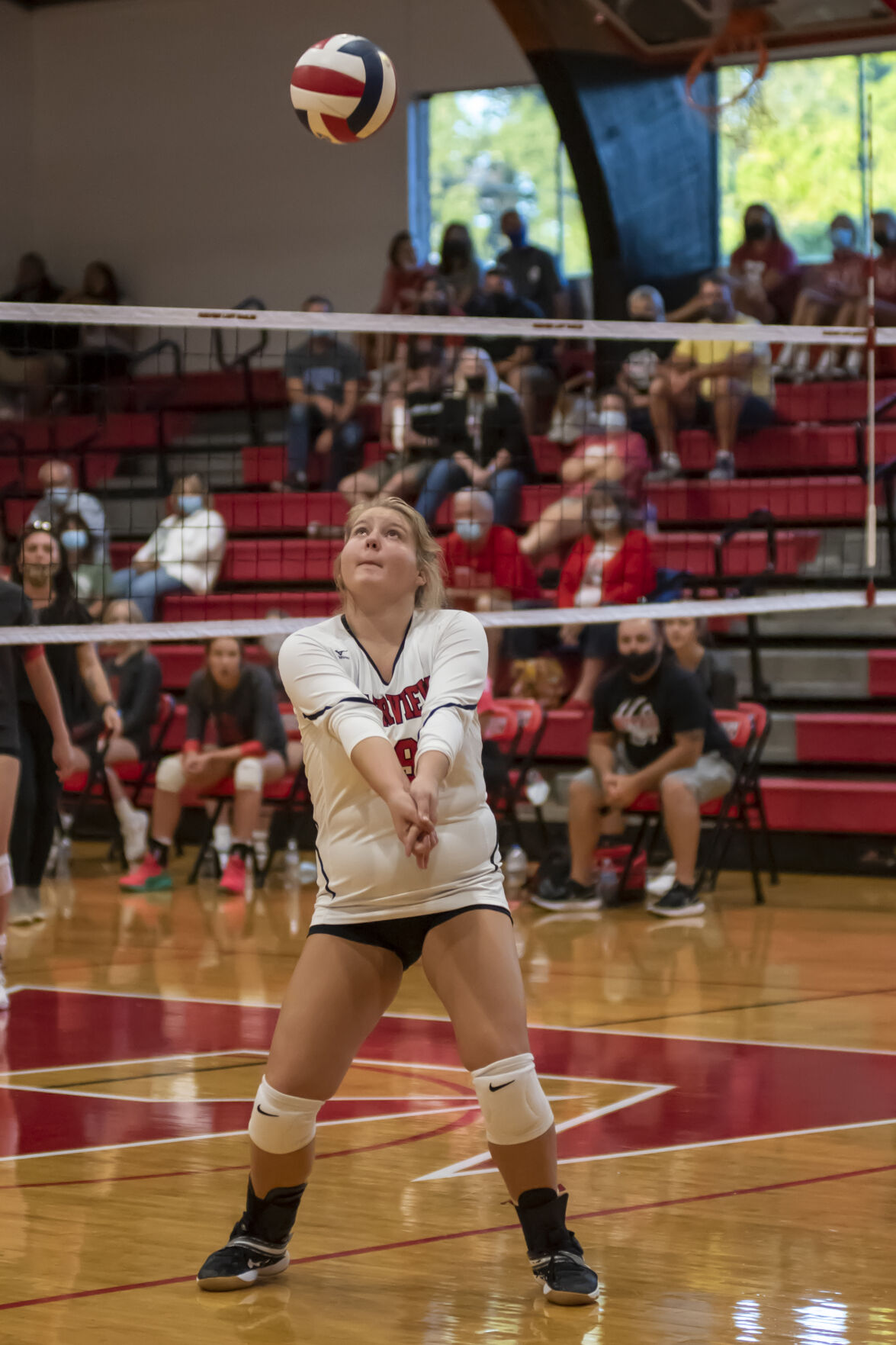 WESTWOOD It seemed as if Boyd County had eight players on the floor Tuesday in a district showdown with Fairview.

The Lions shared the wealth at the net, with Emma Sparks, Morgan Lewis, Audrey Biggs and Taylor Bartrum seemingly taking turns with big swings that sent the ball into a vapor trail off Eagles defenders and the court at George Cooke Memorial Gym.

“It’s pretty easy when you have that much talent on the court,” Boyd County coach Katee Neltner said. “Layla (Brown) has tons of options up front and these girls rarely disappoint. They’ve worked so hard to get here and adding Taylor is a huge advantage to our team.”

Each set featured Lewis, who paced the Lions with five kills, and Bartrum and Sparks playing the supporting cast role with three kills each. In set two, it was Sparks who came to the spotlight, hammering home five kills, including a trio of balls that were sent toward the court like a laser-guided missile.

Set three featured Biggs, with three kills and one of her four blocks in the contest that had Sparks bowing down from the bench with praise.

“Our defense is a huge part of that,” Neltner said. “Ally (Caldwell) has so many options up front. We are stacked across the net and no one can deny that.”

Lewis paced the Lions with 12 kills. Sparks had eight kills and added three consecutive aces in the final stanza to ignite a 14-2 run for a 20-6 lead. Bartrum added eight kills as well.

But the biggest play of the night in Neltner’s eyes came early in set two, when a ball launched by Eagles hitter Charlee Hobbs looked destined to find its way down, only to have Lions libero Lyndsey Ekers make a dig that sent her coach skyward with enthusiasm.

The added bonus of the big play came two touches later when Lewis smashed the ball down for a 4-1 advantage.

“I was a defensive player, so I pound defense into my girls’ brains,” Neltner said. “Obviously, at 5-foot-3 I wasn’t going to hit. I get pumped about defensive plays. I would always put money on Lyndsey because she’s such a solid skill. Plays like that amaze me, even with her talent level.”

Runs were a significant factor in the outcome as well as Boyd County enjoyed swings in each frame. In set one came an 11-3 run, set two saw a 15-4 swing and the 14-2 run to finish off the contest.

“From the defensive perspective, when you know it can come from anyone … you have very few seconds to determine where it’s going,” Neltner said of her team’s attack. “Anything you can do to mash up that defense can get you that extra point.”

Of Fairview’s 35 total points, only 12 came from the Eagles themselves on a night saddled with errors from the opening serve.

“It’s going to make us better in the long run,” Fairview coach Rick Lambert said. “You aren’t going to beat big schools all the time. I think it was probably over in the first set. You could just see it all over (their faces). Plus, I know I get wild over on the sideline hollering and screaming, too. But I also back them up 100% when they do well. It is what it is.”