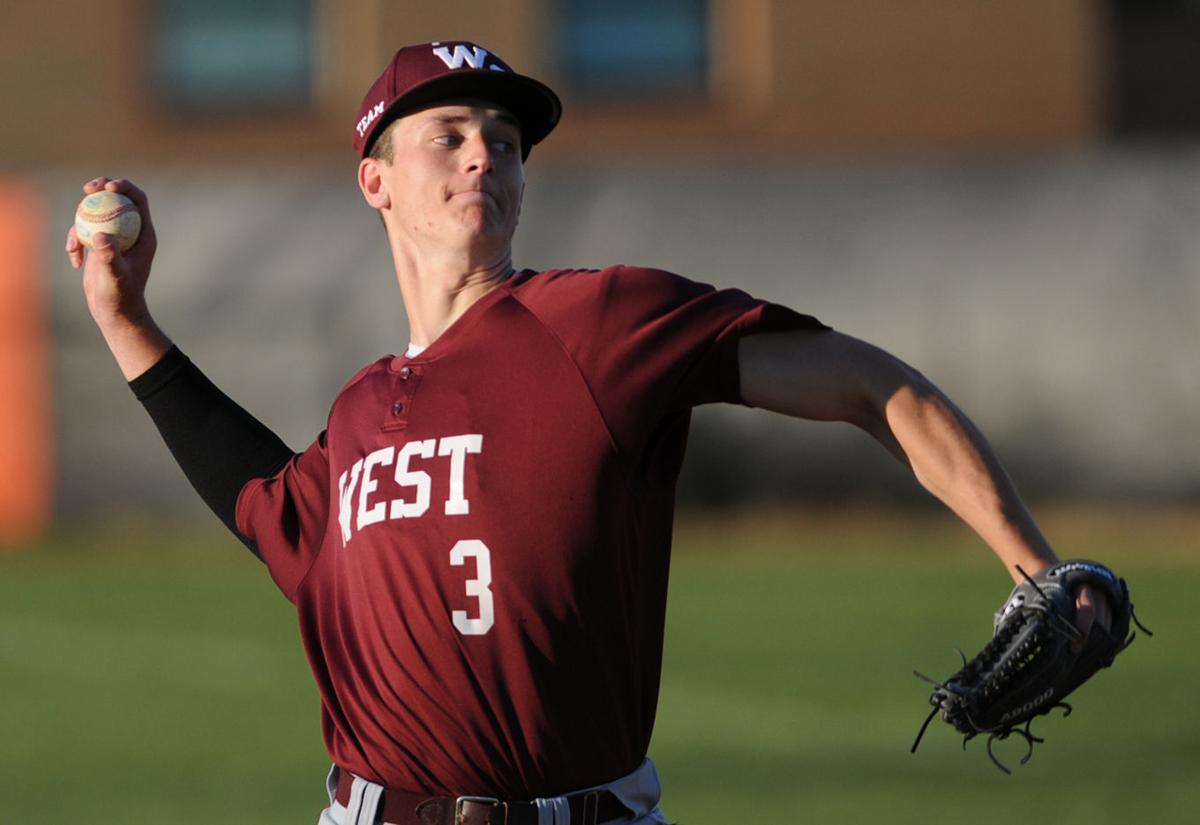 West Carter's Ben Jordan pitches to Fairview during the 16th Region All A Tournament finals Friday in Raceland. KEVIN GOLDY | THE DAILY INDEPENDENT 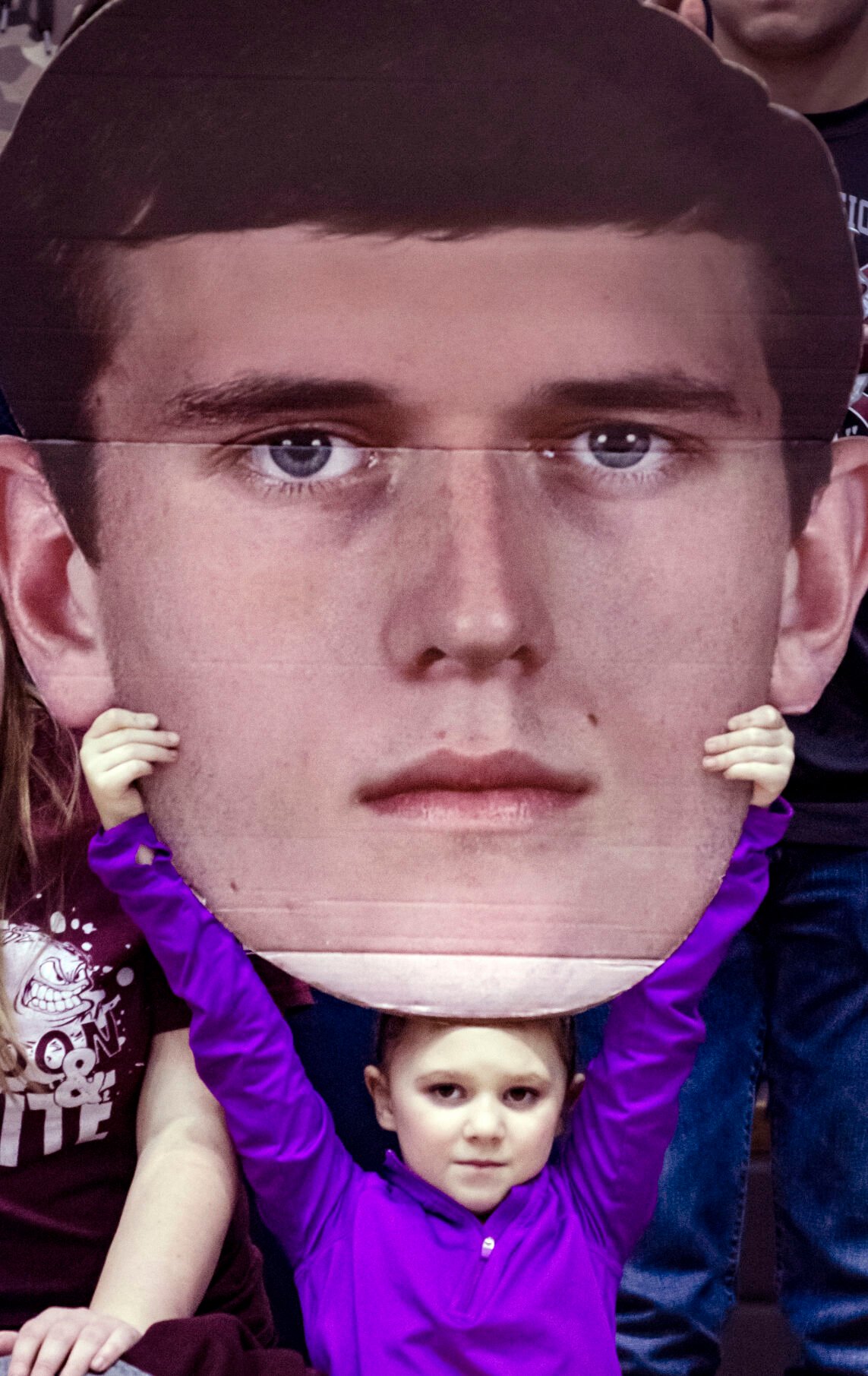 Kassidy Rayburn, 6, holds a cut out of Ben Jordan March 4, 2016 during the 16th Region Tournament in Morehead, Ky. Photo by John Flavell 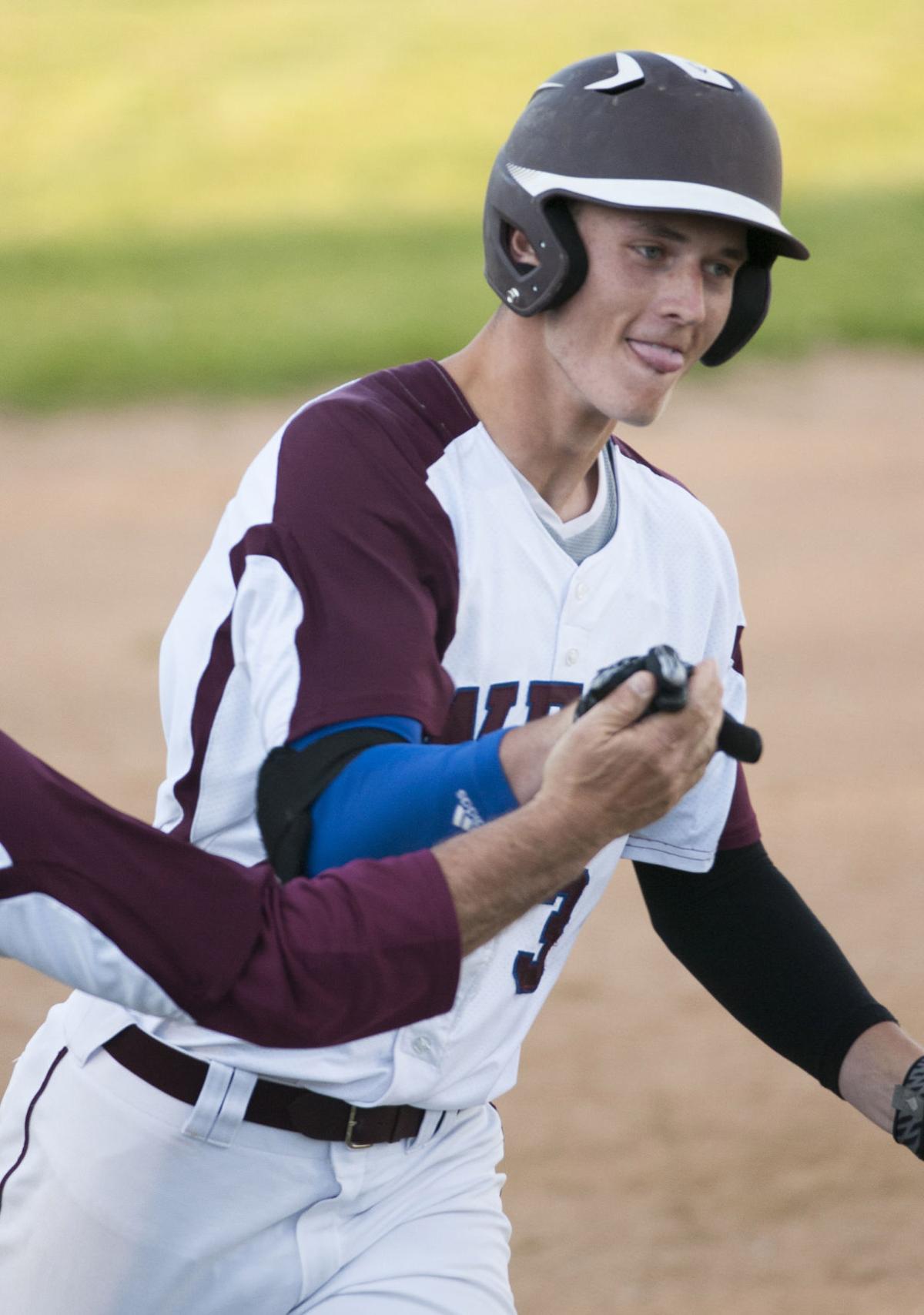 West Carter pitcher Ben Jordan is congratulated by head coach Timothy Johnson after hitting a 2-run home in the first innng of the at the All A Sectional against Prestonsburg in Olive Hill. Photo by John Flavell/For The Daily Independent 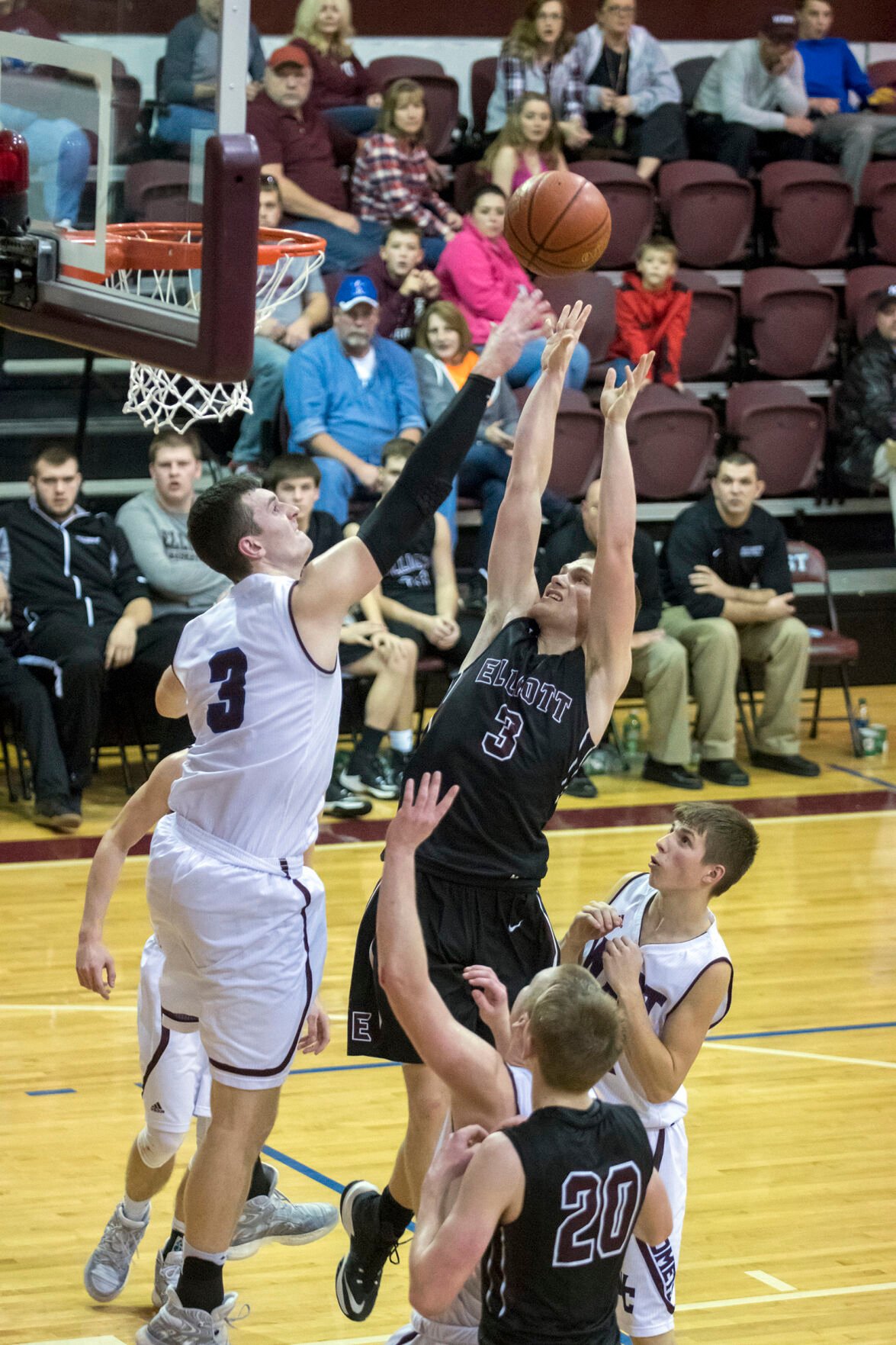 West Carter's Ben Jordan pitches to Fairview during the 16th Region All A Tournament finals Friday in Raceland. KEVIN GOLDY | THE DAILY INDEPENDENT

Kassidy Rayburn, 6, holds a cut out of Ben Jordan March 4, 2016 during the 16th Region Tournament in Morehead, Ky. Photo by John Flavell

West Carter pitcher Ben Jordan is congratulated by head coach Timothy Johnson after hitting a 2-run home in the first innng of the at the All A Sectional against Prestonsburg in Olive Hill. Photo by John Flavell/For The Daily Independent

Jeremiah Shearer had a love-hate relationship with watching Ben Jordan pitch. Beautiful as it may have been, it usually meant West Carter’s ace was working against Shearer’s East Carter club, which foreshadowed trouble for the Raiders most of the time.

Shearer had no such complicated feelings with seeing his archrival off the field, which continued last year when Shearer and his 9-year-old son, Sawyer, went to watch a Kentucky men’s basketball game.

“Of course, when the game was over, he wanted to have a picture with Ben, and Ben took time,” Shearer said of his son. “Things like that are what make people special.”

That was typical, Shearer said, of one of the best baseball players in northeastern Kentucky history and walk-on for Kentucky’s storied men’s basketball program, who had aspirations of taking his game well beyond that but didn’t allow them to change how he interacted with people.

Area players and coaches remembered that side of Jordan, more so than his prodigious skill as both a fireballing pitcher and on the basketball floor, upon learning of his death on Monday night at age 22.

Gage Hughes, a star baseball shortstop and basketball guard at Greenup County who graduated a year after Jordan, had a similar relationship with the 6-foot-9 pitcher.

“Ben was a great person and an even better friend,” Hughes said. “He would go out of his way to help others and that was something special about Ben. It feels like just yesterday we were on a visit to UK together. I’ll never forget all the great times we had. It’s truly heartbreaking to see him gone this soon.”

Jordan and Planck were star hurlers at the same time and met at least once for high stakes, in the 2015 region tournament quarterfinals. Jordan, a sophomore, pitched the Comets to their first region win in school history, going the distance and fanning seven Vikings. Planck went 6 1-3 four-hit innings in his own right.

“Watching him grow and seeing the things that he would do, I always hated when people would try to compare us,” Planck said. “It was the most ridiculous thing in the world, because I will never come close to what Ben was, ever.”

That carries cachet because Planck did what he did well enough to sign a $1 million contract with the New York Mets’ organization straight out of Rowan County.

“Ben was the best high school player I’ve ever seen,” Planck said, “and I’ve seen first-rounders, all of these different athletes come up, and Ben had something else. ... In my eyes, Ben was a unicorn in the fact that there was nobody that could come close to anything he could do. He was better than anything anybody had seen.”

Jordan allowed three hits in 31 innings of work as a senior in 2017. Talk of following Planck’s path and being drafted out of Olive Hill swirled until his year ended early due to an elbow injury. Jordan underwent Tommy John surgery and went to Kentucky instead.

“It was hard to watch him go through that, but he had the support of the best family that I know,” then-Comets baseball coach Tim Johnson said. “They really supported him well, and I think that was the first time in his life that he realized it didn’t have to be about baseball, that if he never played again, that was OK.

“Having said that, he was determined to come back. He had his surgery and stayed ahead of the curve in rehab. He worked tirelessly.”

West Carter, long an also-ran in baseball, quickly joined the region’s elite with Jordan on the mound.

“We quit making a schedule up of 15 games a year and started scheduling 30-some games a year,” Johnson said, “and we broadened our spectrum to not only play the weakest 15 teams we could find, but we played everybody because we wanted to provide mainly (Jordan) the opportunity to throw against better hitters. And you witnessed over the years even his dominance in doing that.”

Johnson’s favorite memories of Jordan aren’t of him in a Comets uniform, though. Fighting back tears, Johnson recalled Jordan playing with Johnson’s son, J.T., from a young age.

“We went to Paintsville and played in a baseball tournament of travel teams, and the kids were like 8 years old,” Johnson said. “It was pouring the rain, muddy, the kids were filthy and I just remember, of course, Ben played extremely well.

“And then obviously as he grew, some of my fondest memories were trying to mow the grass at the high school baseball field in the summer and couldn’t get on the field because he was out there working out and throwing.”

“I remember my first season as coach when he shook my hand (after a loss) and told me how much fight my team had,” Armitage said. “I told him we have tons of fight, but we can’t hit 98 (mph).”

Jordan moonlighted as a three-time All-Area basketball selection. He became the Comets’ all-time leading rebounder and shot-blocker as a senior and averaged a double-double. His Comets reached the region final, where they fell to district rival Elliott County in overtime.

That ended Jordan’s basketball career, until Kentucky needed some depth in the frontcourt. Jordan filled in last season.

To put that in perspective, Jordan had the skill and size to join the winningest program in the history of men’s college basketball — as his secondary sport.

Sammy Holder, now Lewis County’s baseball coach who graduated as the Lions’ ace the same year Jordan came on at West Carter as a freshman, remembers seeing Jordan’s size and talent and being impressed. Holder and his wife later got to see Jordan pitch in Lexington against Arkansas.

“It’s a pride thing, the kid’s from Olive Hill and on this kind of stage,” Holder remembers thinking. “It was really cool to see. It’s just devastating, man. I hate it for the community and his family. It just leaves me speechless.”

That feeling prevails because Jordan is the latest in a series of prominent area baseball figures to die young in recent years. Planck has seen it up close, with his former coach, Keith Prater, and teammate, star outfielder Justin Graham, both deceased due to cancer. Prater also coached Holder.

“It just feels like a nightmare,” Planck said. “You try to move on, you try to grieve and count your blessings and just hold the people that you love tight and keep moving forward, but it’s just something that maybe time doesn’t heal. Maybe you just keep going every day and remember the good things and love those people and care about those people.

“That’s all you can do because you never know. You never know what people are going through.”