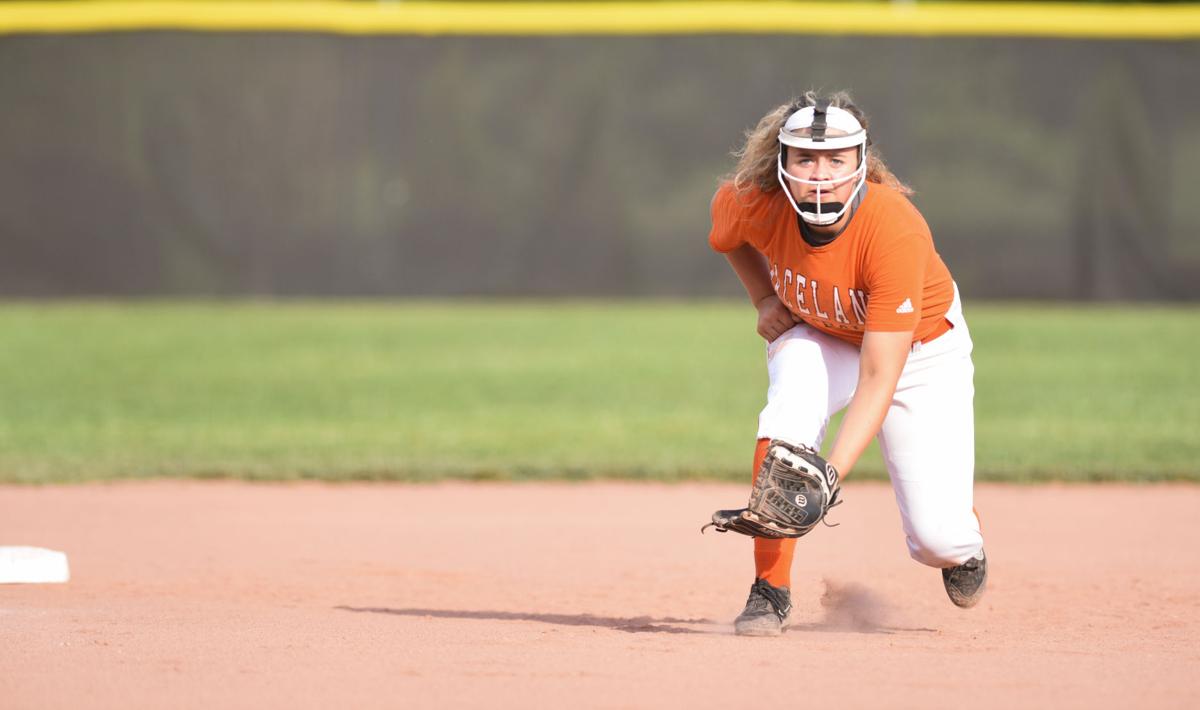 Raceland's Aspyn Branham plays third base on Wednesday against Ashland. MARTY CONLEY/ FOR THE DAILY INDEPENDENT 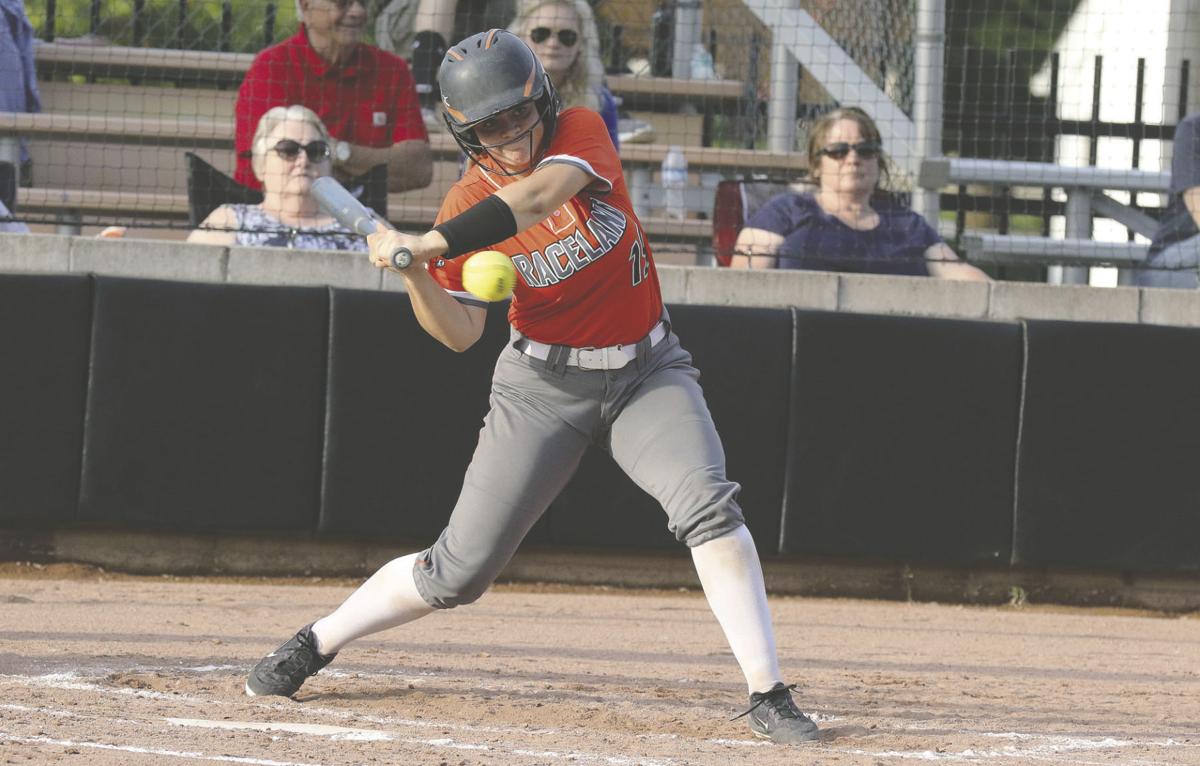 Raceland's Aspyn Branham plays third base on Wednesday against Ashland. MARTY CONLEY/ FOR THE DAILY INDEPENDENT

The Alice Lloyd skipper has never seen Aspyn Branham play, a causality of recruiting during the current health crisis.

But West knows when Branham gets to Pippa Passes in the fall, Hall will soon realize the effect Branham could have on his program after the Lady Rams catcher signed a letter of intent to play for Alice Lloyd on June 24.

“Coach Hall has no idea what player he is getting,” West said. “None. He’s never seen her play. He is getting a star. You are getting a kid that made the East-West All-Star Game. Aspyn has a cannon for an arm. She has been one of the most versatile and athletic players that I have ever coached. We were really spoiled at Raceland for the last eight years to have Morgan (Curley) behind the plate, then we got Aspyn.”

Branham signed on the softball field in front of family and friends. She said it was a day she had dreamed of for a long time, but her desire to play in college got sidetracked over the last year.

“I thought it was very exciting,” Branham said. “It’s something that I’ve wanted to do since I was little. I wanted to play in college. I really got a lot of satisfaction from being able to do that.”

“I took a couple of college classes this year,” she added. “I realized the work was a lot harder than high school work. I plan on doing physical therapy. I thought the workload would be way too much while playing a sport, but now, I decided that I could do it.”

When Branham’s high school senior season was taken away this spring, the emotional toll ascended her aspirations to play at the next level once again. The Lady Eagles came calling and she committed right away, according to West.

“It was really hard,” Branham said about missing the 2020 season. “I was really sad about it for a long time. But if it hadn’t been for not playing this season, I wouldn’t be playing in college. I decided earlier this year that I wasn’t going to play and just go to school.

“When they canceled the season, I thought I still wanted to play. I’m really grateful for that. I didn’t realize how sad I was going to be not playing. When I realized that I might never play again, I felt emotions that I didn’t think I was going to have.”

West was fully aware of Branham’s abilities and knew she could perform on a college diamond someday. She and the rest of the Lady Rams were preparing for a solid season this spring. They were motivated after a 12-0 setback to Ashland in the  2019 16th Region Tournament final left a bad taste in their mouths.

“I’ve been working on Aspyn to play college softball for two years,” West said. “She worked her butt off in the fall and winter and was really motivated to get back on the field. We played the worst game of the season in last year’s region final. It is still on the girls’ mind. They were driven and they had a purpose this year.”

Branham said she is ready for the challenge of playing a college sport. After performing well at third base, Raceland moved her behind the plate, following one of the region’s best in Curley.

“I was a little nervous,” Branham said. “Mo helped me a lot when she was there. I had a great catching coach, Destiny Goins, that came in my junior year. She taught me so much and she worked one-one-one with all the catchers. It was amazing. I really appreciated that a lot.”

Branham spoke to Hall on the phone during the recruiting process and took a virtual tour of the campus. She felt comfortable with the familiar surroundings she saw on her computer, and a familiar face will be joining her at Alice Lloyd this fall.

“I like how (the campus) is little,” Branham said. “It’s like Raceland and it’s not going to be a big change. One of my best friends, Mackenzie Methax (from Lawrence County), is going there to play softball and we are going to be roommates. I think that is pretty cool.”

West said college life resurfaced on Branham’s radar with an impromptu campus visit last summer after a travel ball tournament in North Carolina. Branham traveled with the West family last summer and spent time on a college campus during a visit made by West’s daughter, Raegan.

“Aspyn got to experience what it was like to be on a college campus, seeing a college dorm room and locker room,” West said. “She saw what playing college softball might look like. I think that got the wheels turning a little bit.”

West got a call from Dwayne Morris, father of former Rowan County player Lexie Morris. Lexie, along with Branham, played on the Kentucky Premier travel team. Morris was a freshman on the Lady Eagles softball team this spring. Dwayne was inquiring about Branham’s college plans, hoping that she would be interested in Alice Lloyd.

Branham’s signing was the first time she met her future coach in person.

“Coach Hall got in touch with Aspyn and in two weeks, she verbally committed,” West said. “I’m excited for her because she gets to continue to play softball.  For a long time, Aspyn had been our security blanket because she was so athletic. I told Nathan at the signing ceremony, you are getting an incredible, athletic kid. She can come into your program and make an immediate impact from Day 1.”