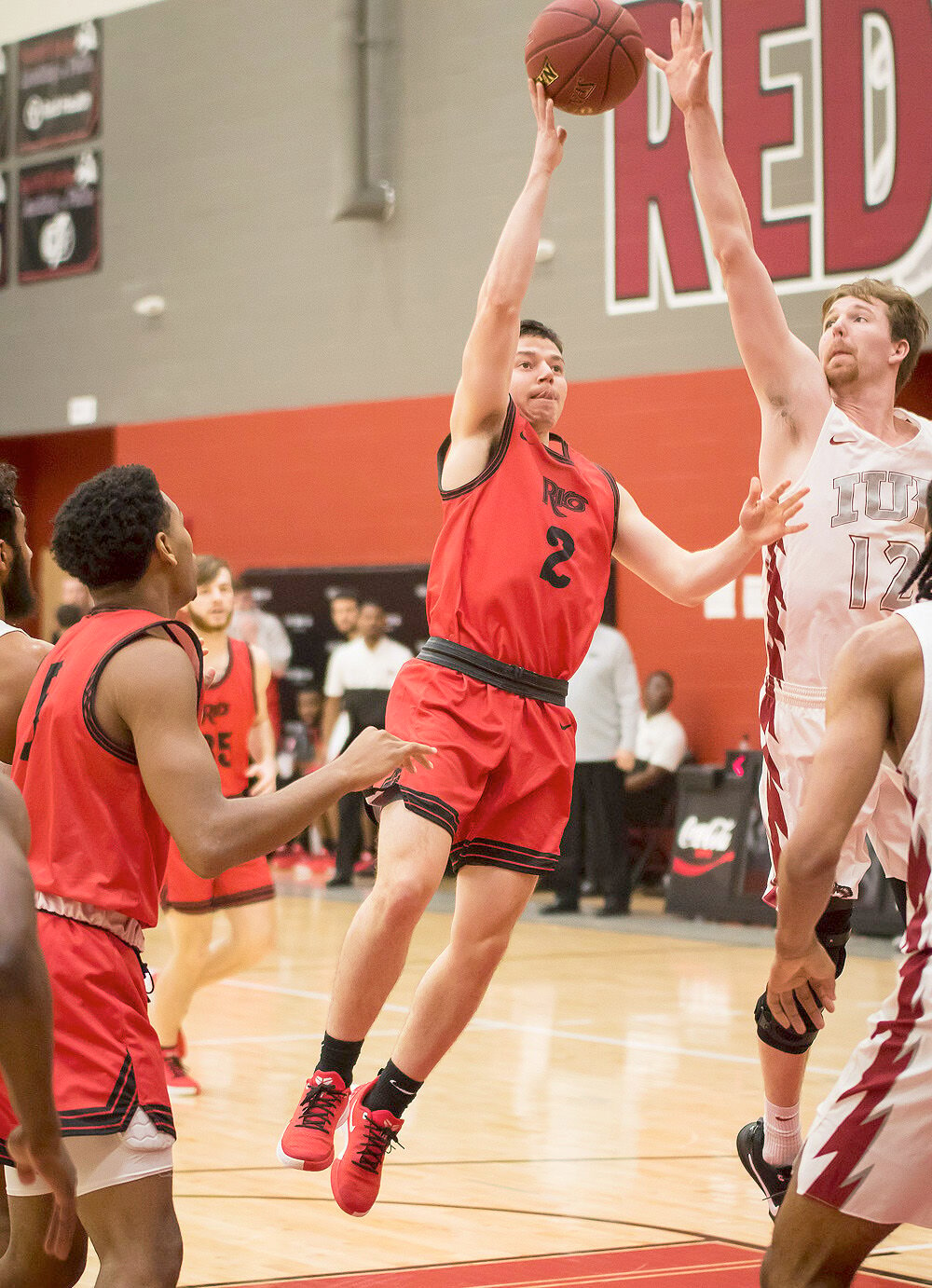 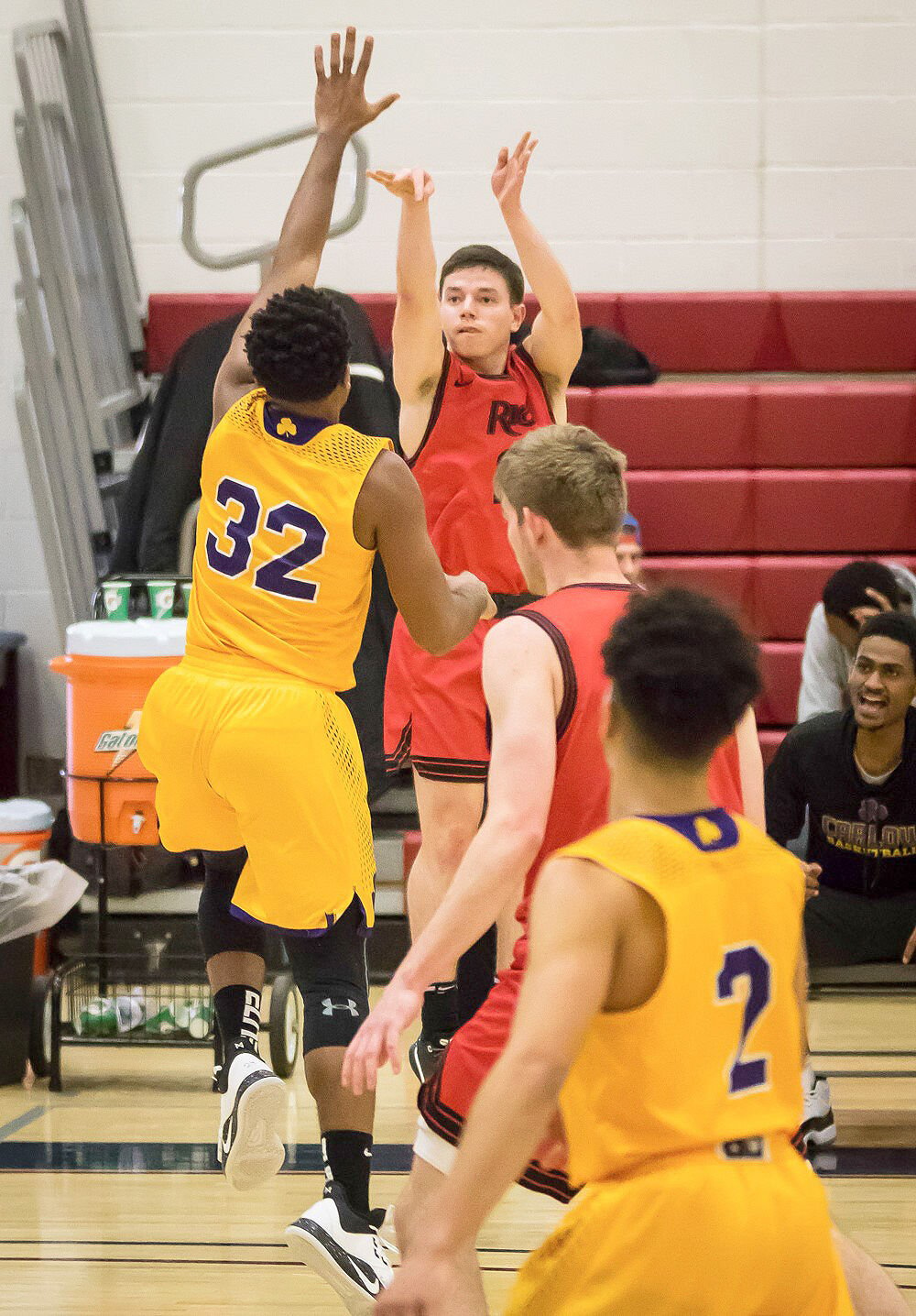 Former Boyd County Lion Bob Anderson is finishing his collegiate basketball career at NAIA Division II University of Rio Grande in Ohio. He’s completing his third and final season with the RedStorm after transferring from the University of Charleston in 2018.

Anderson’s a young man of few words if you ask him about nostalgia as his career winds down.

“His personality has changed a lot,” Anderson the elder said. “He used to be one of those, especially with adults, he didn’t speak a lot unless spoken to. I can see a difference in his people skills.”

Anderson the younger sort of agrees.

“I’ve never been that vocal a guy,” he said. “Compared to high school, I’m a lot more talkative on the floor.”

Anderson’s journey to Rio Grande has been circuitous. He redshirted the 2016-17 season and played in just six games in 2017-18.

According to Randy Anderson, Bob was told he wouldn’t play immediately under Charleston coach Dwaine Osborne. Father and son talked about the decision to transfer; neither holds a grudge against Charleston or Osborne.

“I said, ‘Bob, you’re right,’” Randy Anderson said. “‘(College) goes quick no matter what, and if that’s what you think the Lord wants you to do, you go right ahead.’”

“He’s getting extra hours in the gym.”

“His role on the team has been up and down this season,” Arrowood said. “He had a back injury, so he missed all of preseason, but he’s rounded into shape a little bit.”

Anderson hurt his back last July.

“I really don’t know how; it just kind of happened,” he said. “It just gradually started hurting more; and then, my second day on campus, we were playing open gym, I fell.

“I had an MRI done, and I had a herniated disc.”

A normal spine has five regions – cervical, thoracic, lumbar, sacral and the coccyx – with 33 discs altogether. According to the American Association of Neurological Surgeons, a “herniated disc (also called bulged, slipped or ruptured) is a fragment of the disc nucleus that is pushed ... into the spinal canal through a tear or rupture.

“Discs that become herniated usually are in an early stage of degeneration. The spinal canal has limited space, which is inadequate for the spinal nerve and the displaced herniated disc fragment. Due to this displacement, the disc presses on spinal nerves, often producing pain, which may be severe.”

Anderson’s No. 5 disc in his lumbar spine was the problem. He missed about two and a half months of preseason practice and was limited to rest and spinal exercises.

“I wished there was a way to speed this process up because I hate sitting out,” he said.

Something else: Anderson was shifted from point guard to new duties as a shooting guard.

“It’s been a little different,” he said.

Anderson eventually wants to be a physical therapy assistant, and he plans to earn an Associate’s degree from Shawnee State. Exercise and movement fascinate him.

“Physical therapy has always interested me,” Anderson said. “I think it will be awesome to get healthy and feel better.”

But first, he might not mind sampling some barbecue or maybe fried catfish – in Kansas City, Missouri at the NAIA national tournament in March.

“We’re on a mission,” he said. “My whole career, I’ve never been to the national tournament. I’m focused.”