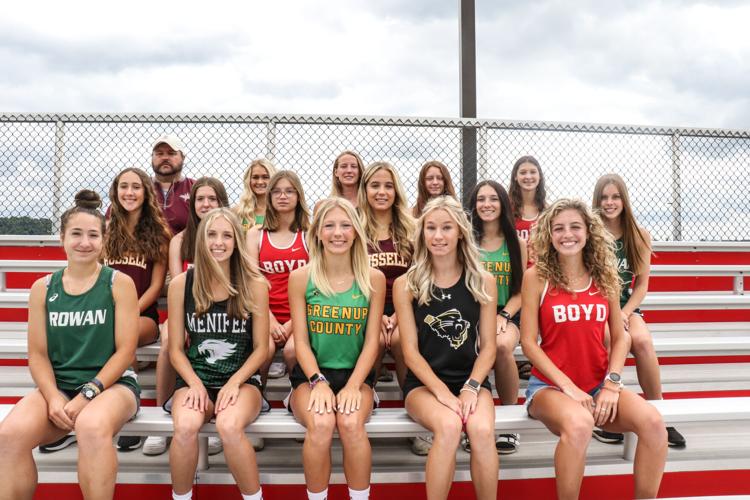 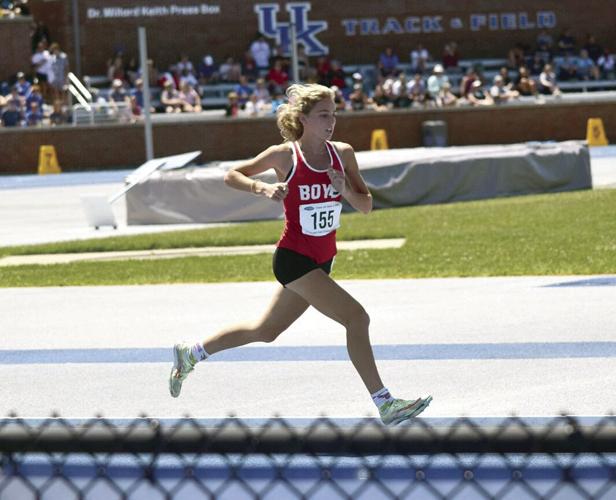 Boyd County’s Sophia Newsome competes in the 800 meters at the Class 2A state meet in Lexington on June 3.

Boyd County’s Sophia Newsome competes in the 800 meters at the Class 2A state meet in Lexington on June 3.

CANNONSBURG Mad dashes aren’t in Sophia Newsome’s wheelhouse, or so she thought.

Newsome, after all, has a prominent and well-defined skill set, which she used to win the Class 2A state cross country title in the fall. But her coach, Becca Chaney, asked her to expand it.

Initially resistant, Boyd County’s distance queen accepted the challenge of running like the wind, too.

“So I did the 4, and I was like, I don’t know how fast I can go with one lap. Distance speed and sprinter speed are completely different. and then lo and behold, I get it fine. It was kinda crazy.”

“Fine” is an understatement. Newsome finished second in the state meet in the 400, proving the Lions’ coach right and adding more opportunities to her running toolbox.

“I think I put pressure on myself because I did what I did at cross country State,” Newsome said, “and I was like, well, I have to back that up. That was legit.

“I really focused on this year and trying to get as many PRs as possible in the short amount of time that I had left, trying to do as many races as possible, and just kind of enjoying it at the same time.”

The result: the best times in northeastern Kentucky in the 400, the 800 and the 1,600 en route to The Daily Independent All-Area Girls Track and Field Athlete of the Year honors.

Russell’s Chris Holbrook is the Coach of the Year, completing a sweep of those accolades after also receiving them on the boys side.

In his first season leading the Red Devils, they made massive strides in their biggest meets of the season. Russell went from sixth in the Class 2A, Region 6 meet in 2021 to runner-up in 2022. Also in the span of a year, the Red Devils climbed from 10th to second in the Area 7 meet, eighth to third in the Kentucky-Ohio Valley Cross Country and Track Conference competition, and fourth to first in the Eastern Kentucky Conference championship.

Holbrook used a philosophy that worked well when he applied it at Boyd County in 2014, which led to his previous All-Area recognition: supplementing the Red Devils’ existing team with other athletes walking the halls.

“Just getting a few different ones out ... they made a big difference in what was already there, and I was proud of them,” Holbrook said at the All-Area photo shoot at Boyd County. “Now we can take that and build. The kids are young, and we’ll have them back. We can build on that and get a few more out, and we’ll see what we can do with Mason. I know they’re really, really good.”

Russell indeed found itself still looking up at Mason County in the region and area meets. The Red Devils were second to the Royals in both outings, but by wide margins — 182-90 in area competition on May 7 in Ashland, and 193-72 in the region championship two weeks later at Russell.

Mason County went on to finish second in the Class 2A state meet.

The All-Area team is composed of athletes who recorded the best time or distance in each event from northeastern Kentucky schools this season, as reported to MileSplit, including the members of top-finishing relay foursomes. Athletes who were fifth or better in multiple events also qualified for the team. Honorable mention recognition went to athletes who did not meet those criteria but were eighth or better in multiple events among area competition.

The newspaper’s sports department selected the Athlete and Coach of the Year.

The 400 and 800 in particular are “a really hard double to do,” Newsome said, due to their proximity to each other in the schedule of a meet.

“I did that once last year, and I told Becca, you couldn’t pay me enough money in the world to ever do that again,” Newsome recalled, grinning. “I said I’d never do it, and then that’s the only races that I ever competed in this year.”

Newsome was also on Boyd County’s 4x4 team that completed a mile in 4:15.15. Abby Baldridge, Lexi Ramey and Lexi Sworski joined Newsome there.

Russell and Fleming County each had three athletes attain All-Area.

For the Red Devils, Bethany Allen tied for the top high jump in the area — with East Carter’s Riley Brown and Raceland’s Makayla Clark — of 4 feet, 10 inches.