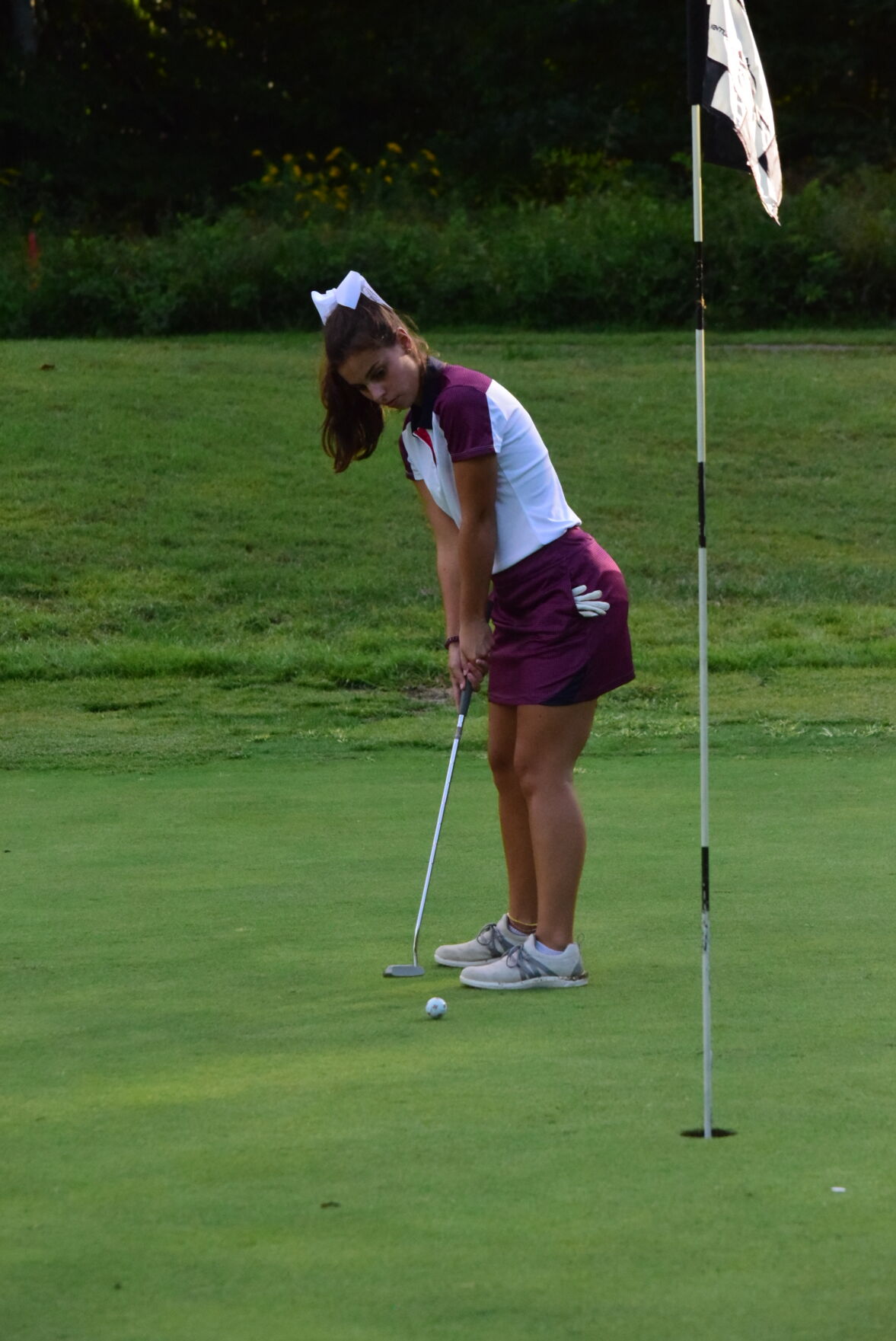 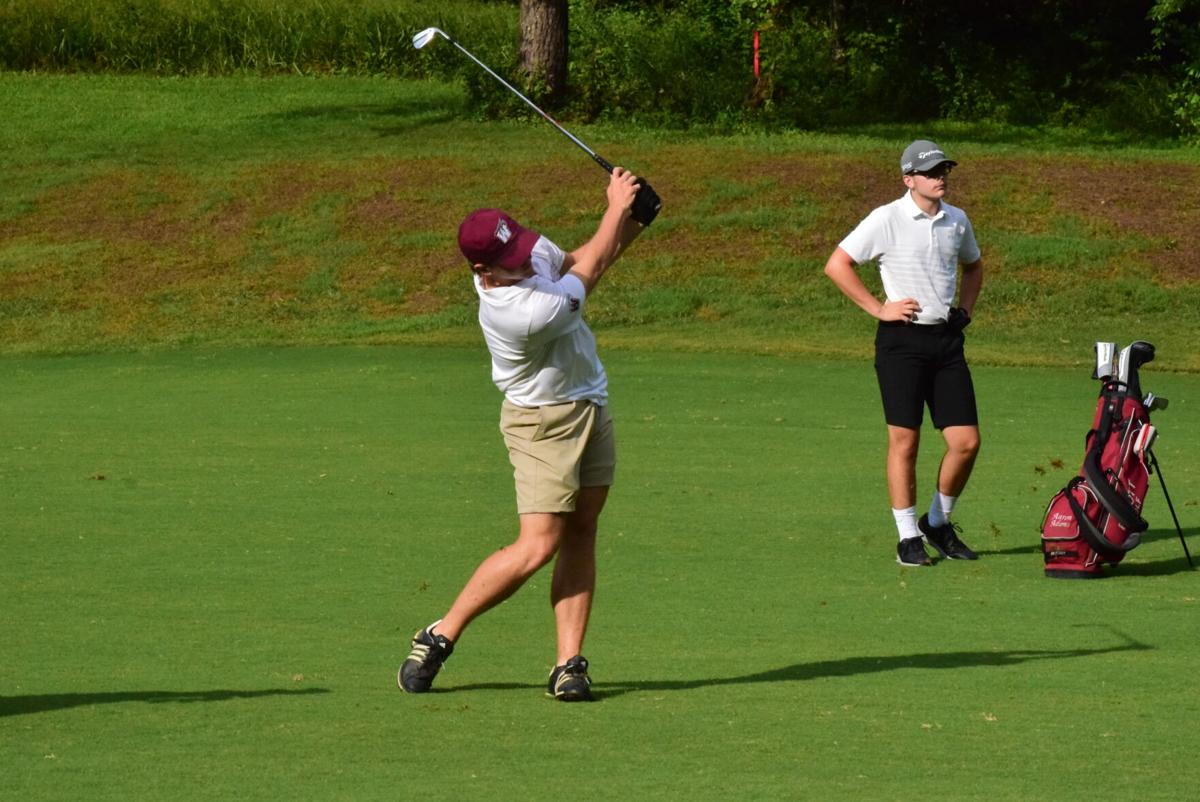 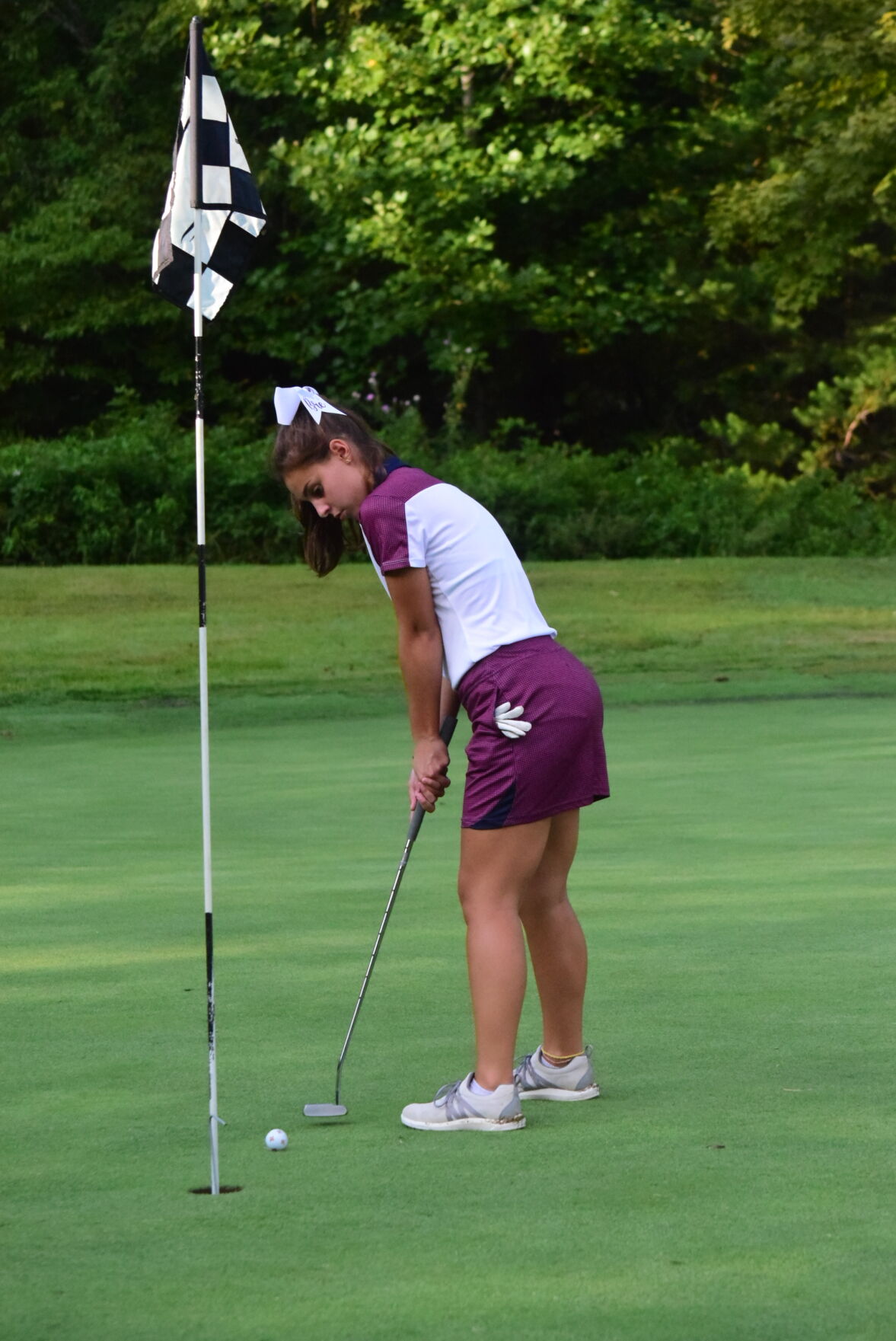 GRAYSON LAKE West is going West. West Carter and traveling West to Richmond for golf’s All “A” Classic state tournament, that is.

West Carter made a clean sweep by claiming the boys’ and girls' team and individual titles at Monday’s 16th Region All “A” Tournament on Grayson Lake State Park’s Hidden Cove Golf Course, to earn automatic bids to their respective state tournaments.

The Comets’ title is its fourth straight at the event, while Lady Comet senior Breannon Boggs was crowned as the girls’ champion for the third consecutive year.

West Carter’s boys mirrored last season’s score of 175, but this time had a much tougher test from Elliott County, which finished its round with a 179. Fairview placed third at 227. The boys played the front nine from the No. 2 tees which equaled 3,183 yards and was a par 36.

The Comets held four of the top-seven spots on the final leaderboard, while the Lions had the other three.

“We battle Elliott County almost every day. It seems like all of the tournaments we have played we have been so back and forth with them this year and it was really a toss-up between these two teams (today),” West Carter coach Terrell Webb said. “The top four of each team it was neck and neck and it was that way throughout the entire nine. You had four scores out of five that count and it comes down to four strokes. Again, that is just one of those (things) where a bounce goes either way and it makes a difference. Fortunately, we came out on the good side of that.”

Senior Tyson Webb moved up three spots and dropped six strokes from his 2019 performance to collect medalist honors with a 40. He defeated teammate and last year’s co-champion Trevor Callahan along with Elliott County’s Cam Adams, who both finished second having recorded a 42.

Yet, Tyson Webb was lukewarm about his play.

“I didn’t hit a lot of greens. I hit a lot of fairways, but I was scrambling too much,” he admitted. “But I played good enough, so I’m thankful.”

Webb registered par on six holes, including the 509-yard, par-5 fifth and the 414-yard, par-4 eighth. He credited his putting and chipping for helping pull out the win.

“I hit a good tee shot on five down into the gulley about 300 yards and I ended up parring that hole,” he said. “I got a good up and down on hole eight for par.”

Elliott County freshman Gatlin Griffith finished in fourth place and will join Adams as the region’s two at-large representatives in the state competition. Griffith needed two playoff holes to earn his spot. He and teammate Aaron Adams both carded a 45 in regulation, but after both recorded par on the 327-yard ninth, Griffith sealed his state berth with another four on the par-4, 356-yard first hole to win by one stroke.

West Carter’s girls also faced a stern challenge from three-time defending champion Raceland before unseating the Lady Rams 207-229 on the front nine of the 2,453-yard, par-36 course. Raceland bettered last September’s score by 71 strokes and it still was not enough to overcome the Lady Comets.

“We only had three girls on the team (last year), so for us to pick up and have a full team of five this year and be able to come out of the region and go to Richmond for the All ‘A’ state, I could not be more tickled for all of our girls,” coach Webb said. “A couple girls that stepped up today that are just getting started: Kara Jordan, played really well, as did Macie Innskeep.”

Coach Webb was especially impressed by Boggs, who cruised to an eight-stroke victory while dropping 10 shots from her 2019 title-winning effort.

“She stepped up really big tonight and that gave us a lot of cushion for some of those other girls,” he added. “I know there were a couple of those pairings that were pretty tight on score, so Bre gave a little bit of separation there that really did help (us) pull that off.”

Boggs cruised throughout her day. One year after recording par or better on just one hole, she was only over par three times on Monday, blistering the course for the lowest score among all players with a 39.

“I just had a really good day today,” she said. “But my drives and my putting is kind of what helped (me win).”

On her second hole of the afternoon, Boggs recorded a three on the 214-yard fourth.

“Hole one, I chipped it up there and it about went in and that’s the hole I birdied,” she said.

With only a few weeks left in the season, Boggs is feeling a bit nostalgic.

“I’m sad it’s my last year, but I’m pretty proud that I (won the title) three years in a row,” she concluded.

West Carter seventh-grader Kinzie Kilgore was the runner-up after posting a 47. Raceland’s Shalyn West (48) and Laney Sexton (49) finished third and fourth, respectively, and will advance to the state tournament as the region’s individual representatives. Lady Comet Jayla Bailey rounded out the top five with a 51.

Both the boys’ and girls’ All “A” state tournaments will be held in Richmond the second weekend of September. The girls will play on the Arlington Golf Course on Saturday the 12th with the boys’ hitting the links the next day at the Gibson Bay Golf Course.

16th Region All A Championship Scores