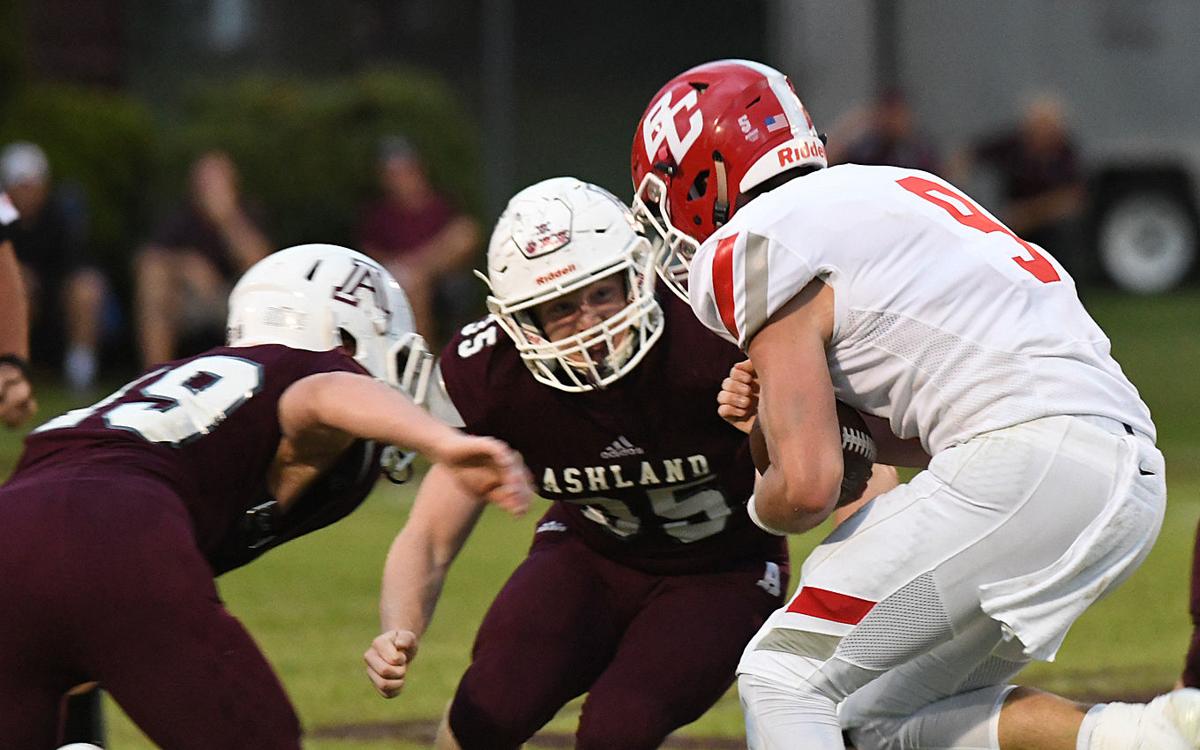 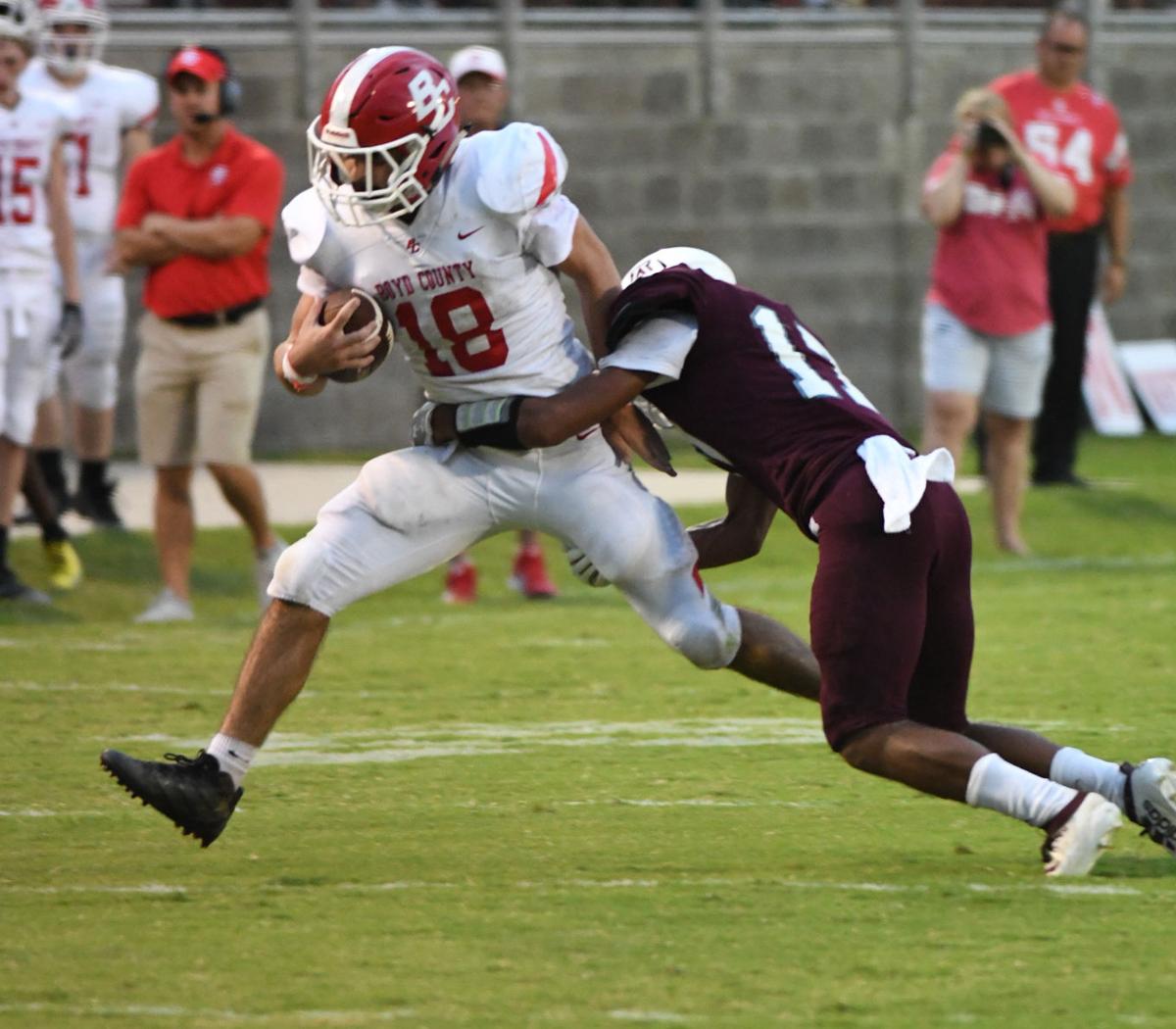 Ashland hopes to have a ’Cat “problem” on Friday night.

It’d be quite a luxury for the school to host a number of past players who contributed to the Tomcats’ rich tradition.

Before the Tomcats and George Washington tussle at Putnam Stadium this Friday, the school will recognize former ’Cats. Kickoff is set for 7:30 p.m.

“We’re proud to become only the ninth high school in the Commonwealth of Kentucky to reach the milestone of 700 victories,” said Mark Swift, Ashland’s athletic director. “To celebrate the Tomcat football legacy, we want to involve those players who have helped us reach that mark as well as encourage current and future players to strive toward future success.”

Ashland will present a commemorative football, which will be added to the trophy case. Former Ashland football players will be offered special seating or may choose to take a spot in their regular seats. Players will be recognized based on during which decade they played.

Here’s a look back at every 100th win in Ashland lore:

•100: 45-7 over Columbus East (Sept. 24, 1932). According to The Daily Independent writer Brady Black, “the bursting speed of Captain Bert Johnson” propelled the Tomcats to their first triumph of the 1932 season, just weeks prior to Franklin Roosevelt winning the presidential election.

Johnson made an impact in every facet of the game — offense, defense and special teams. Johnson had three touchdown carries of 50-plus yards each.

Columbus East played without five regulars that evening, one of whom was star fullback Bob Startett. He was out with a “bad charleyhorse,” according to Black’s reporting.

Emmett Wagoner, and eventual All-State center, helped pave the way to a big rushing night thanks to superb blocking.

Johnson and Charles Ramey were also All-Staters in 1932.

Gene Foster pulled a Bert Johnson of sorts, as he scored three TDs. Leonard Blanton was often off to the races as well, according to the story penned by John McGill. He had two TD rushes.

Prior to the contest, Ashland’s and Highlands’ bands joined to play the national anthem.

The defeat of Portsmouth solidified a seven-win season for Ashland under the direction of Rex Miller. Miller guided the Tomcats to seven seasons of seven or more wins during his 10-year reign.

Tom Ferguson and Bud Ward were Ashland’s leaders in 1964.

•400: 22-17 over Boyd County (Nov. 4, 1977). This was a classic encounter of rival five days prior to Reds slugger George Foster picking up National League MVP honors.

The Tomcats clawed back from a 10-3 deficit to deadlock the affair at 10-10 with a 67-yard pass from Scott Borders to Bill Johnson, “who didn’t have a defender within 15 yards of him,” according to then TDI assistant sports editor John Hackworth.

Chip Booth scored on a pair of 2-yard runs, including the fourth-quarter game winner set up by a 35-yard third-down scamper by Jim Edmon.

•500: 53-6 over Montgomery County (October 1992). Two years after Ashland emerged as state champions under coach Vic Marsh, Marsh again had a talented team with which to work.

Ashland achieved its third of eight wins with a rout of the Indians. Believe it or not, it wasn’t the Tomcats’ highest point output of the season. They notched 55 points in meetings with Harrison County and Greenup County later in the season.

Matt Thomas accumulated 185 rushing yards and a touchdown. Darrell Mahan had a pair of touchdown tosses to Kevin Burns and Drew McDavid. Fields Davis broke off a 38-yard TD run.

•700: 53-7 over Boyd County (Aug. 30, 2019). Six different Tomcats found the end zone in some form or fashion as they racked up 323 yards of offense and took advantage of three Boyd County fumbles and a pick.

Keontae Pittman and Blake Hester each eclipsed the 80-yard mark on the ground on just 17 combined carries. Jake Gregg was an efficient 6 of 7 for 95 yards.

Ashland will go for win No. 701 on Friday at Putnam Stadium.