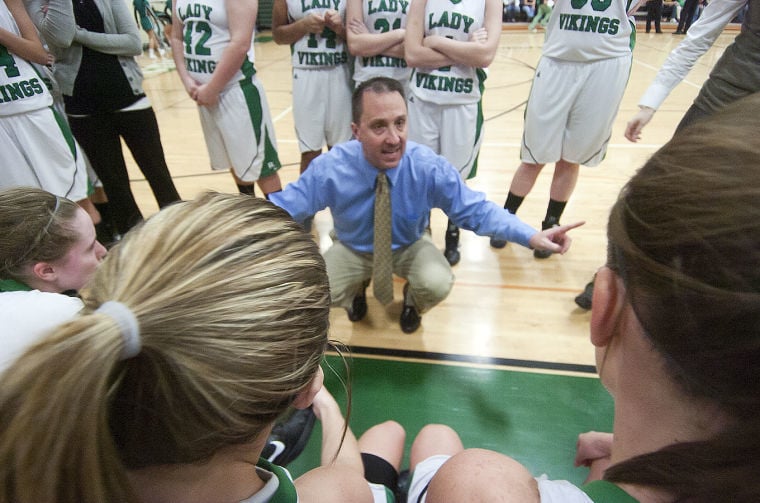 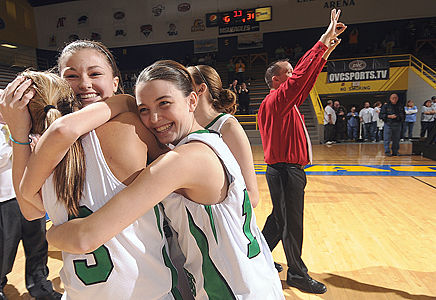 After two decades, there is a new “mane” man in Vanceburg.

Tackett said replacing the Lewis County legend will be no easy task, but he feels he is up for the challenge.

“When you think of Lewis County basketball, you think of Joe Hampton,” Tackett said. “He is a great guy and a great basketball coach. He is far and away the best to have ever coached at Lewis County. It’s tough to be the guy that follows someone who the Vanceburg community thinks that highly of.”

Tackett starting his coaching career in 2005 as an assistant for two campaigns at West Carter before moving on to Rowan County for five years as girls basketball coach. The Lady Vikings won three consecutive 16th Region titles and earned a trip to the state semifinals during his tenure. He’s been at Lewis County for eight seasons.

Tackett calls Lewis County a special place and couldn’t think of a better location to start the next chapter of his coaching career.

“The administration at Lewis County is so supportive,” Tackett said. “From the top down, including superintendent Jamie Weddington and principal Jack Lykins, it’s the best administration that I’ve ever worked for. That’s a key component as a coach.”

“If you were at the last season’s region final, you could see this community loves their sports,” he added. “They have taken me in as one of their own. Joe has let it be known that this would be his last year and I’ve had a lot of people approach me and say they hoped that I would be interested in doing this and we would love to have you. It is such a great town when it comes to athletics.”

Lewis County advanced to its second region championship game in school history in March. The Lions have compiled three straight winning seasons, including their highest-ever win total in 2018-19.

“Replacing coach Hampton was never going to be easy after his 21 years and all of the accomplishments he had at Lewis County,” Lykins said. “I will say this was the easiest hire I’ve made in my eight years at the high school. All I had to do was walk down the hall to my left about 50 feet. For the past seven years that Scott has taught at LCHS, he and I have discussed basketball every day, so I am aware of his thought processes of management — not only of strategies of basketball, but also the program.”

Tackett said Hampton came to him before school was postponed due the health crisis and informed him that he was leaning toward retirement. Having Hampton’s support and confidence meant the world to Tackett, he said.

“He said, ‘I hope that you would strongly consider this, and I think you would do a good job,’” Tackett said. “It was huge. He spoke to some folks on my behalf about being the next guy and that was invaluable. Our friendship is the most important part of that. We have become fast friends in the last eight years. He said he will support me anyway that he can, but he also said he would stay out of the way.”

Tackett having Hampton’s endorsement sealed the deal, according to Lykins. He expects a seamless transition due to Tackett’s years at the school.

“He already knows all of the players and has a great relationship with those players and all of the students at school,” Lykins said. “Scott is aware of the challenges of coaching at Lewis County. This is a huge county area-wise, so sometimes coaches have to be a little forgiving of some of the situations that our students come from.”

Tackett said the Lions will continue to build success off their defense.

“My philosophy is you have to be able to guard your man,” Tackett said. “That’s not to say we won’t play multiple defenses. In order to be at your best, you have to guard teams in different ways. Anybody that knows me, my emphasis is always on defense and rebounding.

“The kids will have some freedom offensively to go make plays. I plan on using that patience that Joe showed me and try to find ways for this team to win ball games.”

“Sam was so unselfish,” Tackett said. “It was part of that. You want your best player to get touches every time down the floor. Just by touching the basketball, he made other kids better. He found teammates for open jump shots. He could play high-low with Kolby McCann. He allowed those kids not to feel the pressure every night and just go play.”

The KHSAA announced that some team activities could resume June 15, but the Lions’ offseason schedule has not been determined due to a recent increase of COVID-19 cases, according to Tackett. Everyone is ready to get started when the time comes, but team safety is his top priority.

“I had a conversation with Mr. Weddington and I am staying in touch with him,” Tackett said. “I had planned to have a meeting next Monday with the kids to start some stuff. I’m just going to bounce those things off of him and come up with a timeline.This is a time of year that I love. We can focus on skill work. The kids can get better off offensively because come Oct. 15, they are going to get more defense than they’ve ever seen before.”