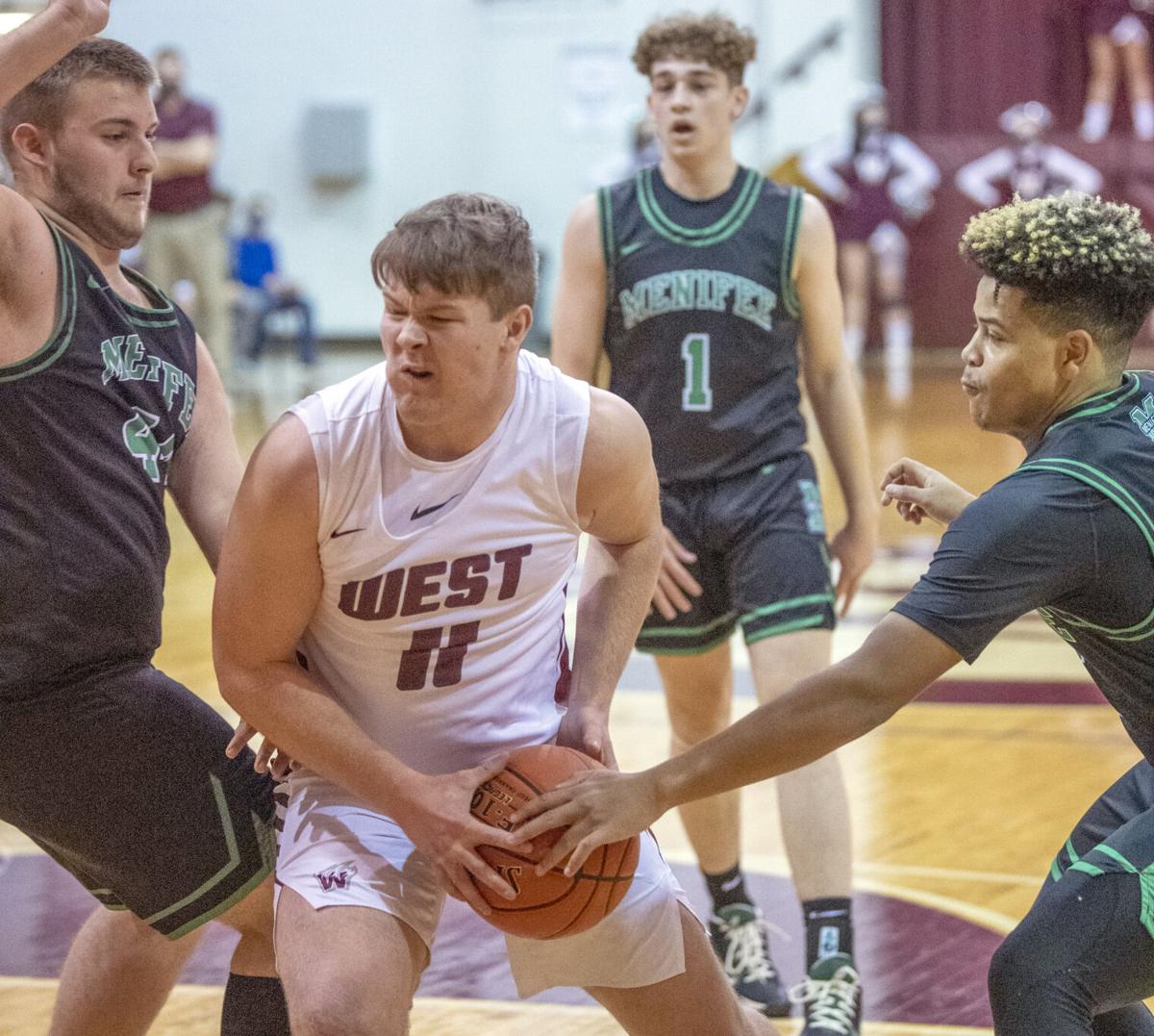 West Carter’s Trevor Callahan battles in the low post against Menifee County Monday, January 11, 2021, during the 16th Region All "A" Classic Semifinal in Olive Hill, Ky. Photo by John Flavell / For The Daily Independent 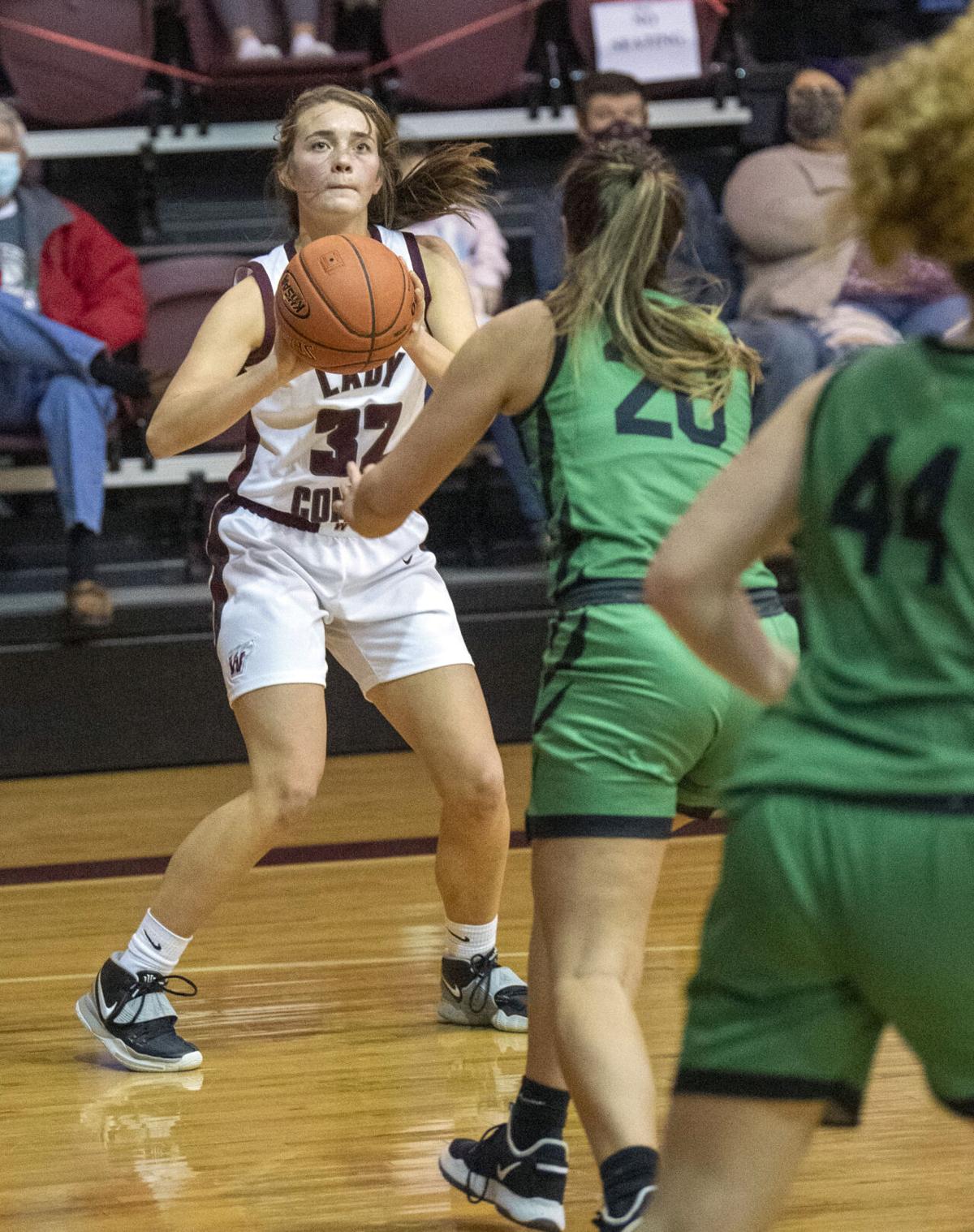 West Carter’s Trevor Callahan battles in the low post against Menifee County Monday, January 11, 2021, during the 16th Region All "A" Classic Semifinal in Olive Hill, Ky. Photo by John Flavell / For The Daily Independent

The 2021 All “A” Classic state tournament has found new life and a new format after the Board of Directors decided to proceed with the small-school tournament on Thursday.

Snow and ice storms altered the start of the annual event this week at Eastern Kentucky University before it was canceled due to unsafe travel conditions.

The revised bracket will now consist of a sectional and semi-state round to open the festivities, with the semifinals and finals to be played at McBrayer Arena in Richmond on March 5 and 6.

Home teams for the first two contests were determined by a coin flip.

West Carter, the boys and girls 16th Region representative, is grouped in a sectional with the Eighth, Ninth and 10th Region small-school champions.

The Comets will play Robertson County, the 10th Region winner, on their home floor in the first state All “A” Classic contest and will host again should they advance. West Carter would welcome either Walton-Verona or St. Henry to Olive Hill in the quarterfinal round.

“The first thing for me was, how are we going to get our district games in along with the (state) All ‘A’ Classic,” Comets coach Jeremy Webb said. “We’ve not played our first district opponent to set seeding. We had a meeting a couple of weeks ago and we promised everybody to play both of our seed games.”

“There are so many question marks,” he added. “In the end, it has really worked out for us. It’s given us a home game against a team we typically don’t play. (Robertson County) is a really good basketball team.”

West Carter High School did not have power and water as of Friday afternoon. Webb said he has not been in communication with his players due to weather, but they have stayed strong during the disruptions this year has wrought.

“There have been so many things that have come up this season,” Webb said. “It’s been so difficult to get your head wrapped around it with all the shutdowns and the things that have been taken place. The one true advantage is getting the chance to play on our home court.”

The Lady Comets will open with Bishop Brossart at home but would have to travel to the winner of Walton-Verona versus Newport Central Catholic in the quarterfinals with a win over the Lady ‘Stangs.

Both West Carter teams had to endure several postponements during their run to the region championship. The 16th Region All “A” Classic started on Jan. 9, but after several delays due to COVID-19, the title game was played several weeks later.

The Comets had to wait three weeks between the semifinals and final before they hoisted the championship hardware. West Carter completed a strong fourth quarter to outlast Raceland with a 62-61 victory on Feb. 6.

The Lady Comets displayed an equal amount of patience. They captured their fourth straight 16th Region All “A” crown less than 24 hours before the team was set to compete in their opening state tournament game.

West Carter’s boys will be making their second consecutive trip to the state’s small-school tournament.

West Carter athletic director Corey Gee announced that the sectional round games will be a girl-boy doubleheader on Wednesday. The Lady Comets take the floor against Bishop Brossart at 6 p.m. The boys game with Robertson County will follow at 8.

“I know that our guys will be excited to have this opportunity,” Webb said. “If we win this first one, we will get to host the second round. It’s a pretty sweet setup for us. We will try to get our guys in the gym and take full advantage of it.”

The quarterfinal round is scheduled to be completed by March 3.