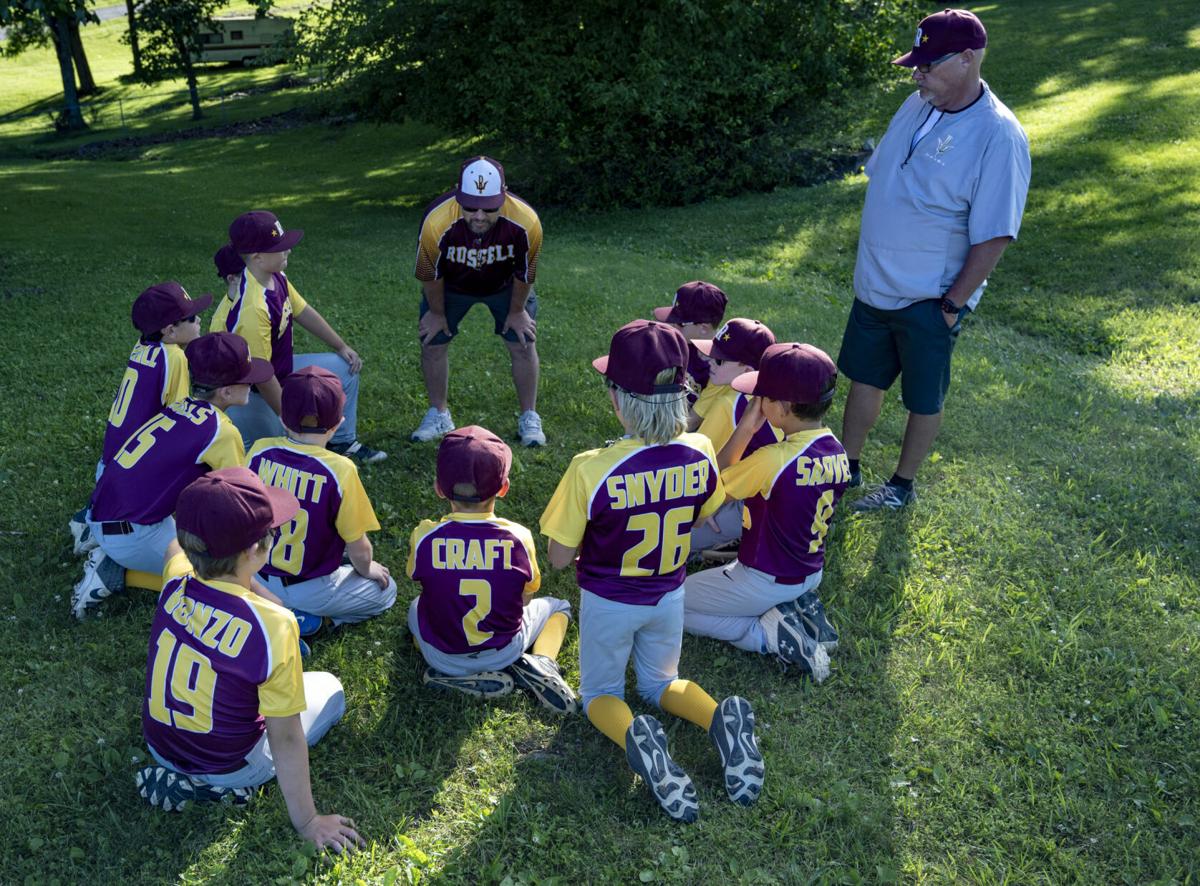 The Russell team meets before taking the field against Fleming County in the 8-10 Little League All-Stars district championship game in Olive Hill on Friday. 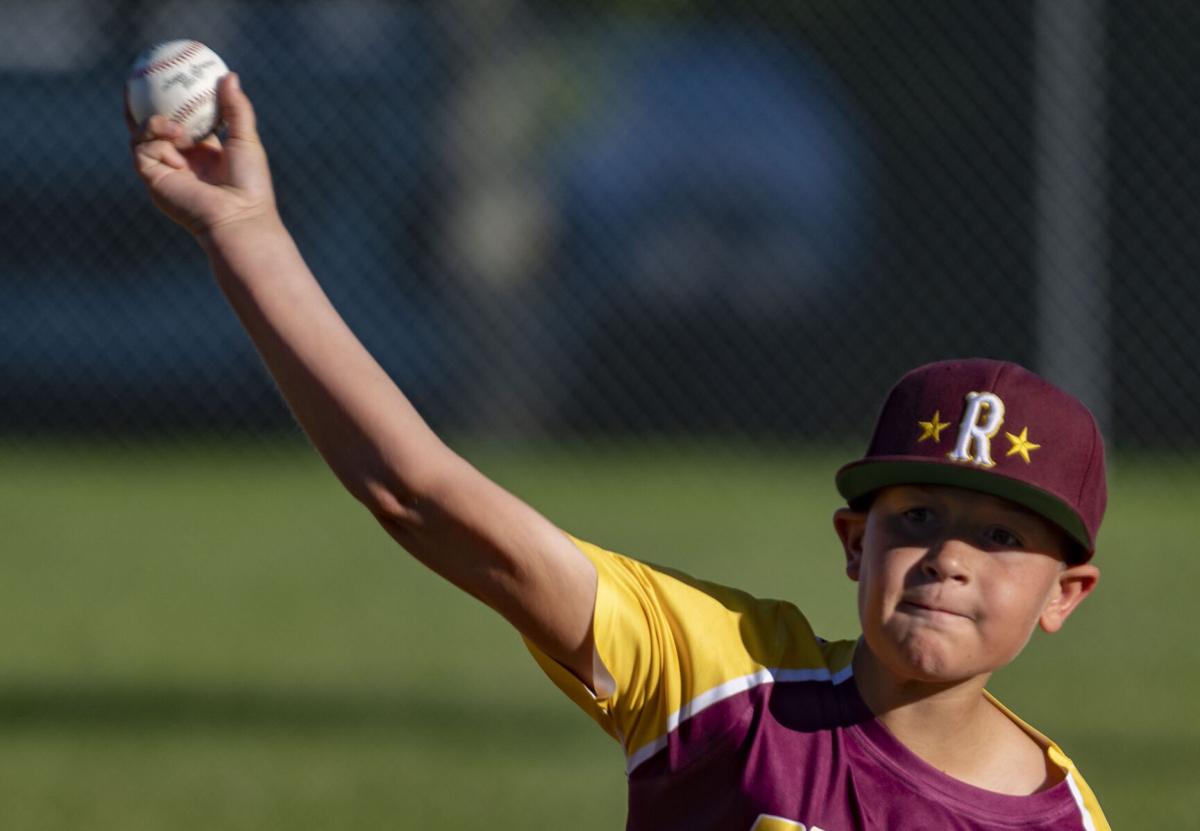 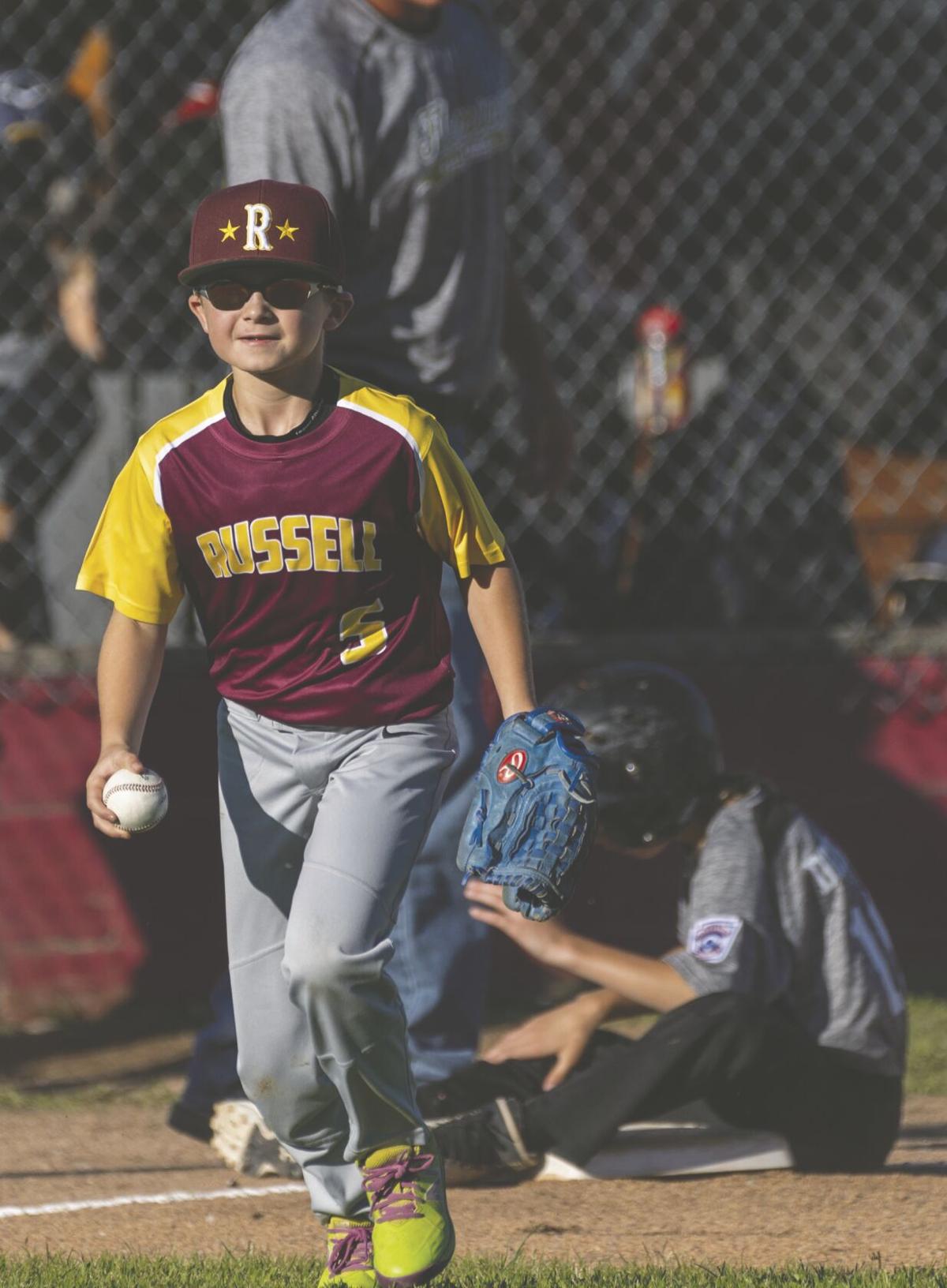 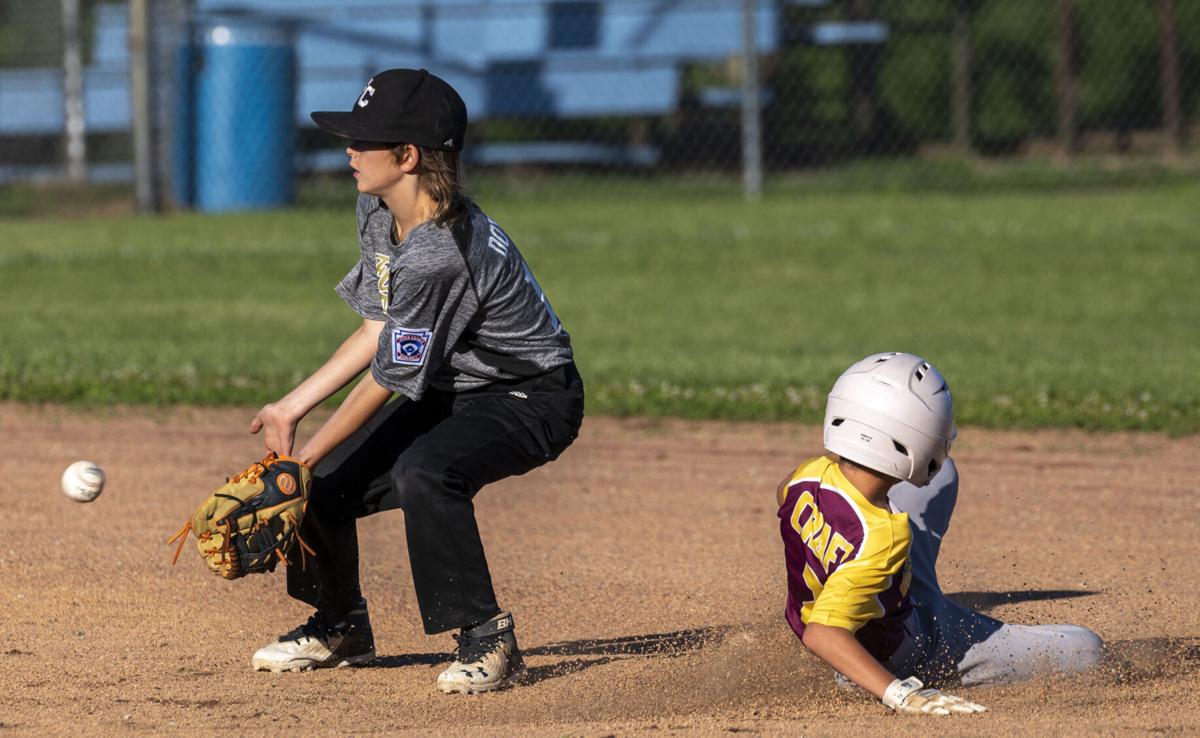 Russell's Eli Craft scores as the ball gets away from Fleming catcher TJ McGlone on Friday. 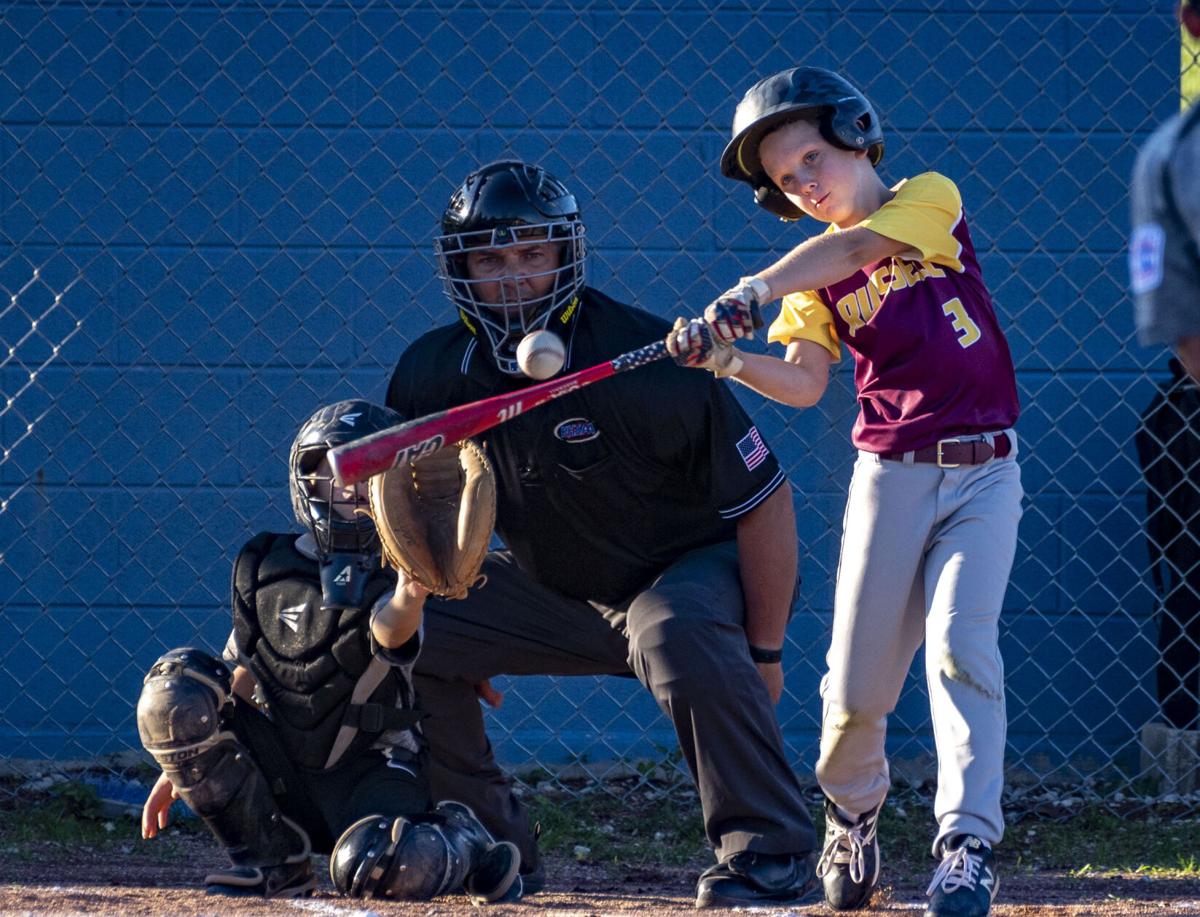 Russell's Rylan Pickett connects for an RBI single in the first inning of Friday's District 6 championship win over Fleming County in Olive Hill. 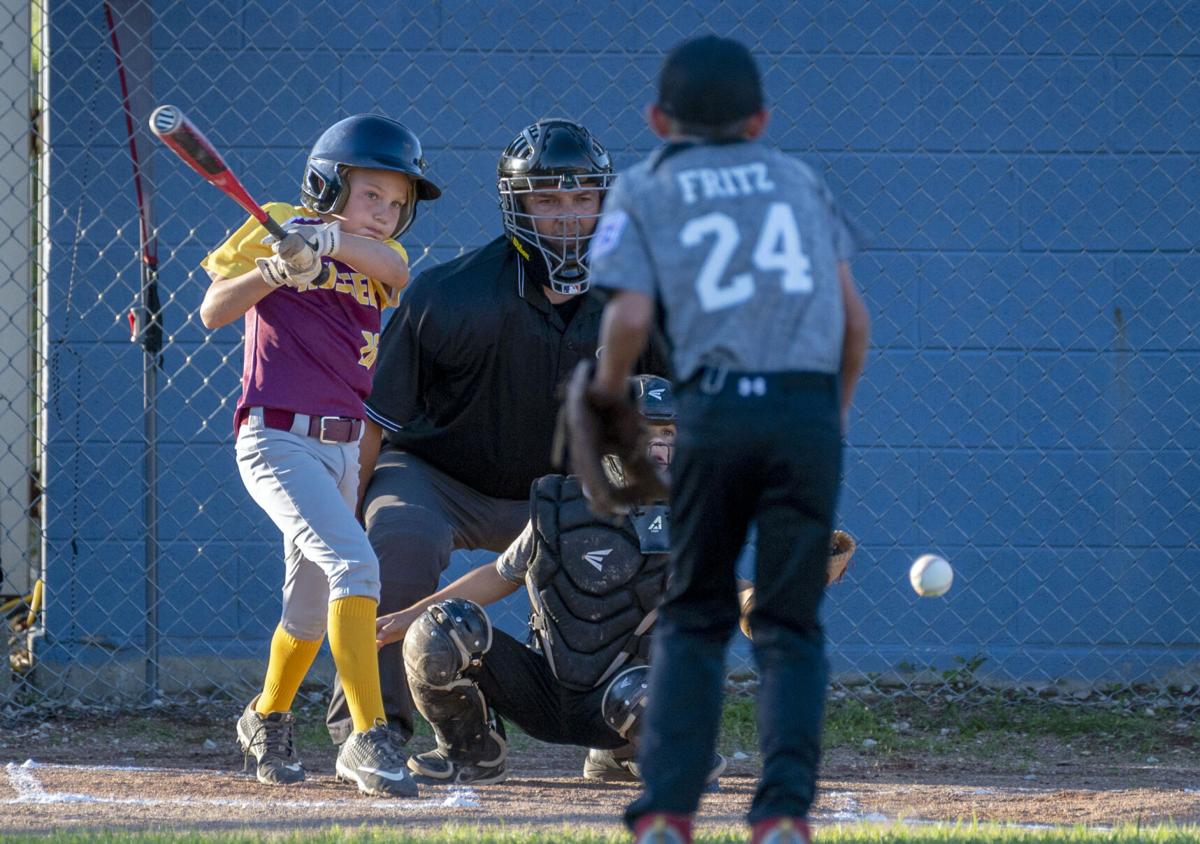 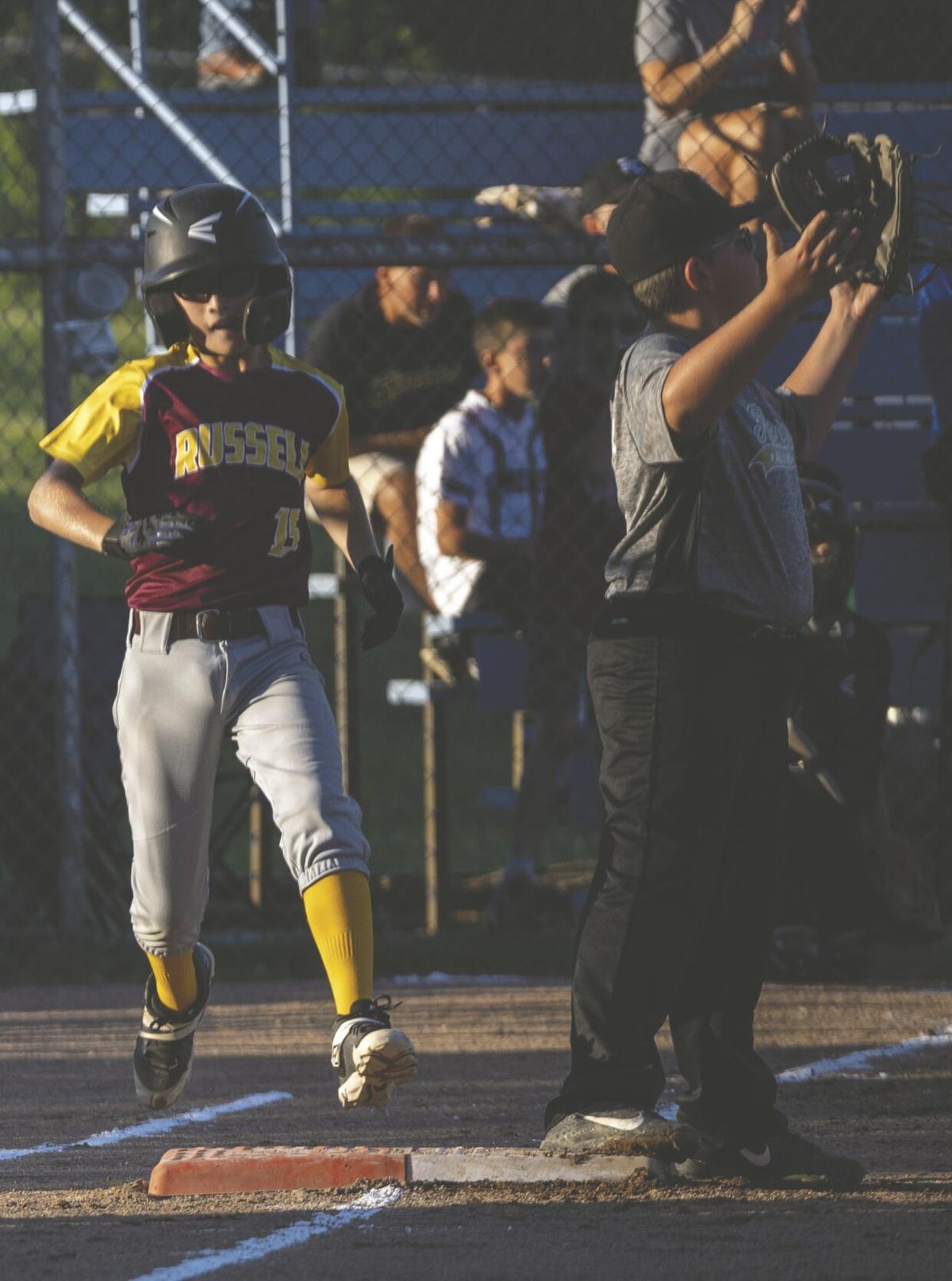 Russell's Atreyu Qualls runs through first base against Fleming County during the District 6 championship game on Friday in Olive Hill.

The Russell team meets before taking the field against Fleming County in the 8-10 Little League All-Stars district championship game in Olive Hill on Friday.

Russell's Eli Craft scores as the ball gets away from Fleming catcher TJ McGlone on Friday.

Russell's Rylan Pickett connects for an RBI single in the first inning of Friday's District 6 championship win over Fleming County in Olive Hill.

Russell's Atreyu Qualls runs through first base against Fleming County during the District 6 championship game on Friday in Olive Hill.

Russell claimed the banner, capping off a 4-0 showing in the tournament at Olive Hill Little League’s Ben Jordan Field.

In all, Russell outscored opponents 53-12, and needed just 17 innings to do so. It defeated Grayson, 20-5, Olive Hill, 11-1, and Fleming County, 12-2, before trumping Fleming again in the double-elimination event.

Russell exploded for seven runs on six hits in the first inning on Friday, instantly pumping up a vivacious bunch.

“These kids feed off each other,” said Russell manager Paul Craft. “They feed off their own success. When they do well, they continue to do well. They’re that kind of team. They have a lot of energy. It’s important to get up in these games; it keeps them energized.”

Whitt started his 4-for-4 night with an RBI single to right field, driving in Eli Craft, who had walked. Whitt collected three RBIs in total.

Atreyu Qualls singled and scored, Ian Sarver followed suit and, after two strikeouts, Melvin walked, Rylan Pickett drilled an RBI single to left, Brevin Snyder reached on an error and Craft smacked a two-run single to center field. Whitt stepped up and singled to right again, driving in the seventh run of a frame that saw 41 Fleming County pitches and 12 Russell batters visit the dish.

Melvin picked up the win. He dealt three shutout innings, striking out five and allowing only one hit — Josh Doyle doubled to right, but Snyder, after initially misjudging the ball, retrieved it and started a spot-on relay that resulted in a tag-out by Noah Danner at third.

So Melvin entered the second with a seven-run lead in tow.

“It felt like I needed to do something for them so I kept pitching strikes,” Melvin said.

“We played as hard as we could,” Melvin said. “We played very well. We put up a lot of runs. We played a lot of defense. It’s a really good team. I’m glad to be with them.”

Fleming County did not go down without swinging. The All-Stars from Flemingsburg erased a 7-0 deficit with two runs in the fourth, when they took advantage of a pair of Russell errors. An RBI walk and RBI groundout cut the gap to 7-2.

Asher Brand sparked some two-out magic in the fourth with a single to left field. A Whitt infield single plated Brand, pushing Russell ahead 8-2.

Doyle doubled again, and TJ McGlone roped an RBI triple down the left-field line in the top of the fifth, shaving the margin to 8-4.

Russell responded with two more in the fifth, an inning highlighted by a Merrill triple to center field. Sarver and Merrill scored to make it 10-4.

Russell capitalized on a Fleming County baserunning blunder after a hit-by-pitch. Craft threw over to first, and Merrill nabbed him when he strayed off the bag for a second time. Craft then induced a groundout and recorded a punchout to end the game and help hoist Russell to the title.

“We have a team full of pitchers who throw strikes, so we’re in a blessed situation in that regard,” said Paul Craft. “Any number of kids who could get in there and play hard for us, and tonight was (Melvin’s and Craft’s) night (on the mound), and they showed up.”

Said Russell’s Sawyer Bonzo: “We played a good game today. We put a lot of runs on the board. We held them. I’m grateful to be on this team.”

Russell will compete in the state tournament in Bowling Green beginning on July 17.

Olive Hill Little League’s field is named after the late Jordan, a baseball superstar for both West Carter and the University of Kentucky who died in January. A “3” flag now flies below the American flag in center field.

Tex English, who has coached several sports teams at various levels at West Carter, tossed out the first pitch on Sunday as the ball park took Jordan’s name.