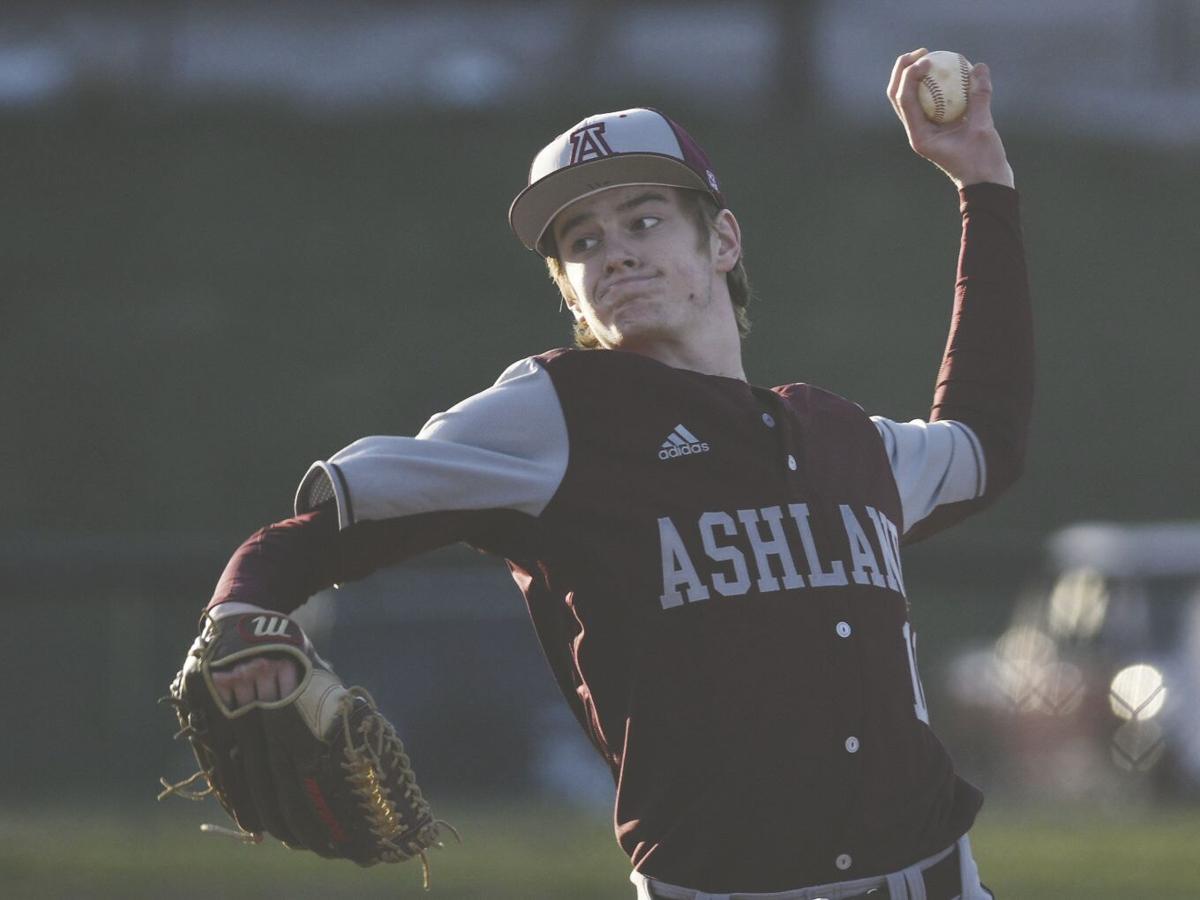 Ashland's Ryan Atkins pitches to Rowan County at Alumni Field in Ashland in 2019. 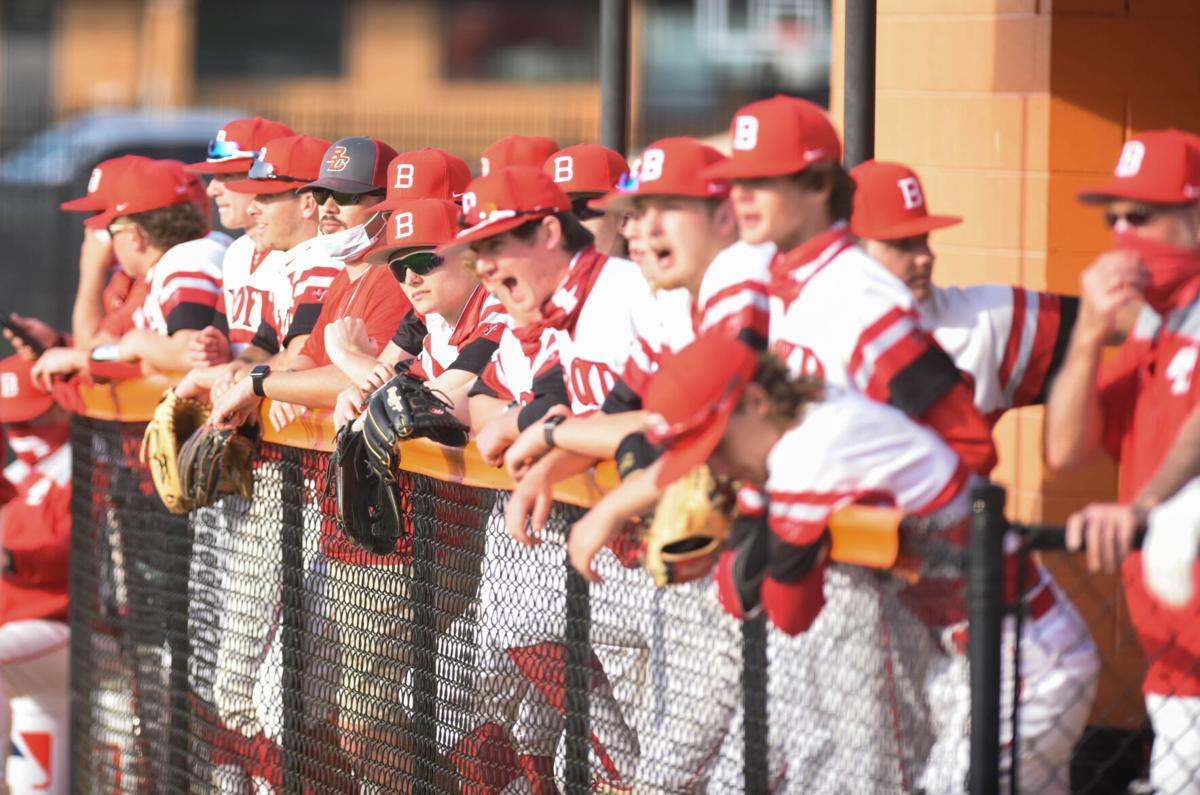 The Boyd County dugout cheers after a play on Tuesday at Raceland. 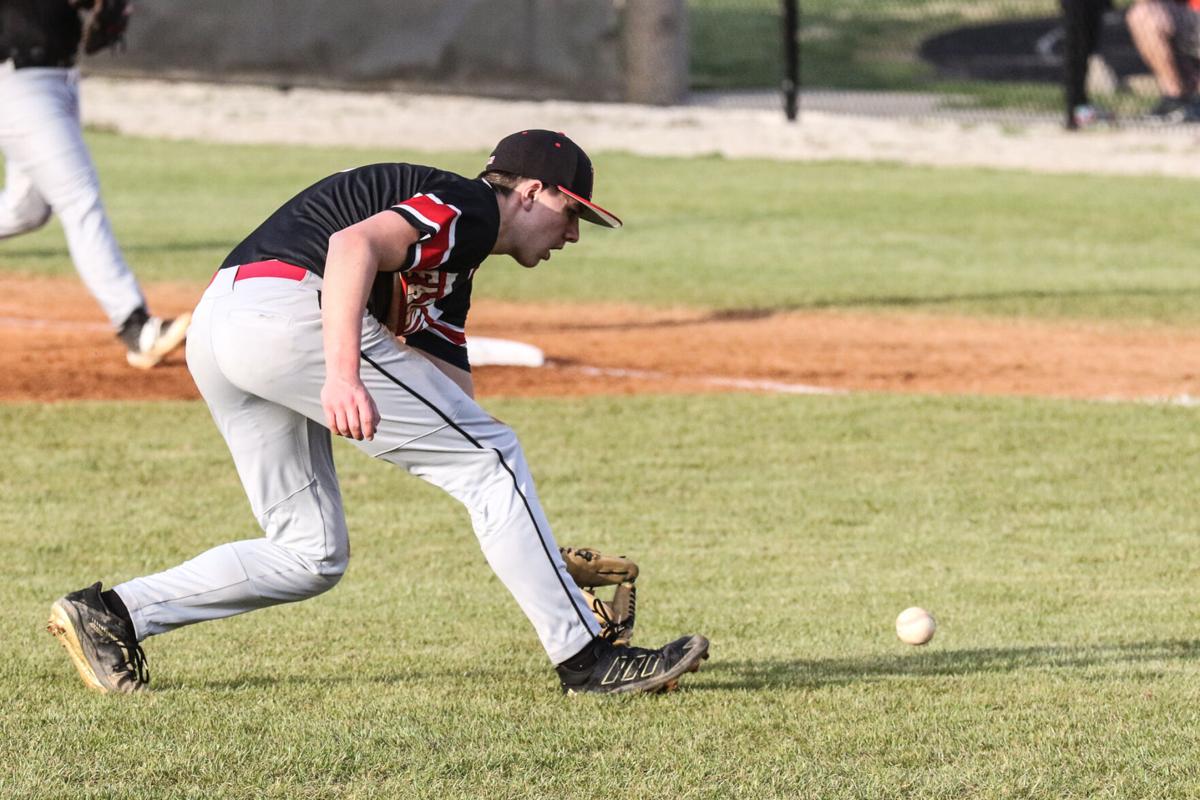 Fairview’s Bradly Adkins tracks down a ground ball during a loss to Raceland in the 16th Region All ”A” final on March 30.

Ashland's Ryan Atkins pitches to Rowan County at Alumni Field in Ashland in 2019.

The Boyd County dugout cheers after a play on Tuesday at Raceland.

Fairview’s Bradly Adkins tracks down a ground ball during a loss to Raceland in the 16th Region All ”A” final on March 30.

All four baseball teams from the 64th District figured to enter the 2020 season on a definite upswing.

Boyd County closed 2019 on a tear, winning 20 of its final 23 games and run-ruling Ashland in the district tournament final. It went 25-8, an eight-victory improvement over the year before, and took Rowan County to the ropes in the 16th Region Tournament semifinals before falling.

The Tomcats, meanwhile, bounced back from that district setback to the Lions to reach the region tournament title game. Ashland won 10 of its last 12 games and finished 23-11, a seven-win boost over the year prior.

Fairview went 17-16, clearing the .500 mark for the first time in 13 years. And Rose Hill Christian tripled its win total to six — its most in 11 years — while boosting its winning percentage nearly 17 points.

Then the COVID-19 pandemic hit, costing Kentucky baseball and softball teams their seasons. The Lions, Tomcats, Eagles and Royals are working to build that momentum back.

“Really, our goal right now is to learn each other and learn the game,” Boyd County coach Frank Conley said. “We want to be better at the end of the season than the beginning. There’s gonna be adversity and bumps in the road along the way, but I think we’re gonna be hard to handle once the postseason gets here.”

Added Rose Hill coach James Stephens: “(The lost season) just took the wind out of your sails. ... It was really tough to regroup, but the optimism I had last year bleeds over to this year.”

Evan Yongue is a second-year coach in his first season: the 2013 Ashland grad took over before the expected 2020 campaign, but the Tomcats never got to set foot on the field for a regular-season game.

Ashland had already expected to be young last season, having graduated 11 seniors in 2019, so it used the extra time to build its culture and toughness, Yongue said.

“Guys were getting a ton of reps in the (batting) cages,” Yongue said. “They were making mistakes; we’d coach them up and they were learning from those mistakes. Because they lack that varsity experience, it was so important for them to learn for themselves.”

Junior lefty Ryan Atkins will lead Ashland’s pitching staff. As a freshman, he threw 39 innings, allowed a 3.59 ERA and went 7-3, including a victory in the region tournament semifinals against West Carter.

Atkins holds an offer from Marshall, Yongue said, and carries confidence born from having a solid defense behind him.

“He’s gonna be a stud,” Yongue said. “Every pitch that he has, he’s able to locate it and knows what he’s doing with it.”

Senior Asher Stevens, who put up a 2.19 ERA over 38 1-3 innings two years ago, is battling an arm injury, Yongue said, and will be the designated hitter. He will play a key leadership role, the coach said.

Junior Brett Mullins will catch. He had projected as an outfielder, but Ashland needed him behind the plate and worked with him hard over the break to get him there, Yongue said.

Brown will play in the middle infield and senior Eli Miller will start at shortstop. Senior Sawyer Alley, Jividen and Brewer will man corner infield spots.

Peppers, who had the most career varsity hits (five) of any Tomcat entering the season, will play center field. Heineman mans left and sophomore Tristin Davis will play in right, along with Jividen and possibly Mullins.

“Our lineup has got a lot of speed in it,” Yongue said. “We’re gonna be able to produce runs on the bases. We need to improve on understanding situations, but overall, we’ve got good speed and guys that can put the ball in play.”

Entering the year, the Lions had graduated 16 players since their last meaningful game, the 2019 region tournament semifinals, and Conley doesn’t know offhand of another team that lost more during that time.

“What hurts us, and it hurts every team, is a lot of the guys that we’re depending on this year in key roles were gonna get a lot of experience last year,” the coach said, “and they’ve gotta kind of get that experience on the fly here, and there’s no turning back.”

Senior Jonny Stevens, junior Jake Biggs and junior Luke Patton have stood out in the preseason on the mound, Conley said.

Stevens threw the third-most innings on the Lions’ staff in 2019, posting a 3.12 ERA over 33 2-3 frames. He was 3-1, including a complete-game win over Lewis County in the region quarterfinals. He’s already recorded a no-hitter this season against Raceland on Tuesday.

“Even when they’re not on, so to speak, they’re still pretty good,” Conley said of that group, “and when they’re on, they’re gonna shut people down.”

Senior Jacob Baker is “probably our best defender at five different positions,” Conley said. He might play anywhere on the infield or catch.

Biggs, who made his first varsity start as a seventh-grader, lends experience to a team somewhat short on it. He, Patton, Stevens and Jackson will play in the infield when they aren’t pitching. Fundamentally sound junior Luke Preston plays shortstop.

Senior Joe Lusby will catch. Behind Biggs and Stevens, he is Boyd County’s most experienced player and has a “really strong arm,” Conley said.

Senior outfielder Jacob Kelley is the “tough kind of kid that, if you have nine kids like him, you’re gonna win a lot of ball games,” Conley said. He’ll play in center and left field. Senior Josh Lusby — Joe’s twin — will play in right field, and Martin and Vanover will see time on the grass.

Conley said constructing a lineup after a year off is a “learning experience,” but he has been more pleased with the Lions’ hitting early on than anything else. Stevens, Kelley and Biggs are likely to compose the top three in the batting order, in some order.

The Eagles graduated seven seniors from their strong 2019 team and lost two more last spring, but first-year coach Cody Sammons likes the young group coming up behind them.

“We have a young team, so there’s a lot of guys that haven’t played a lot of varsity yet,” Sammons said, “but I think we’re preparing pretty well and getting ready for the next step.”

Manning, Adkins and Claar each threw double-digit innings in 2019. Manning has started since his seventh-grade season, Sammons said, and will provide vocal leadership and experience. He also had 96 at-bats two years ago, tying for second-most on the team, and hit .260.

McDowell projects as the regular catcher, with Crooks and junior Sean Tabor likely to see time behind the plate too.

Miller is the Eagles’ utility man.

“Any position I name, he’s pretty much gonna be on that list,” Sammons said, chuckling.

Sammons said he thinks Fairview will field well and its offense “is gonna be by committee.”

The Royals’ aim has changed.

“We knew we were gonna have a team, and I’ve got all my returning players from last year except one, and our goal is to compete in the district.”

That begins with junior pitcher Chase Pennington and a core that has played travel ball together since they were in fifth grade, Stephens said.

“Chase has grown,” Stephens said. “He’s developed some different pitches. His strength, stamina and his experience (are improved). ... Chase has been an anchor for that, and I anticipate him to be that this year.”

Freshman Christian Blevins takes over behind the dish. Stephens said Blevins makes up for small stature, as catchers go, with quickness and arm strength.

Freshman Luke Pennington, Chase’s younger brother, will play in the middle infield and pitch. Sophomore Ian Justice will work in at third base and sophomore John VanHoose is a first baseman. Stephens credited their size and strength from basketball workouts.

James Stephens said that, while some players will be somewhat interchangeable, he is also looking forward to seeing players learn and take ownership of their positions.

Coach's outlook: "Our program has very high expectations for our upcoming season against a very difficult schedule. Our pitching staff has an opportunity to be one of the top staffs in the region; they will have a solid defense behind them and an offense that will produce runs."

Coach's outlook: "We feel like we are a contender for the 16th Region title. We have a deep pitching staff and versatility. As most teams are due to COVID, we are inexperienced at the varsity level."

Coach's outlook: "It's exciting to see. We're competing every day. Some days are better than others, just like every sport and everyday life, but we're competing against each other."

Coach's outlook: "I've got all my returning players from last year except one, and our goal is to compete in the district."