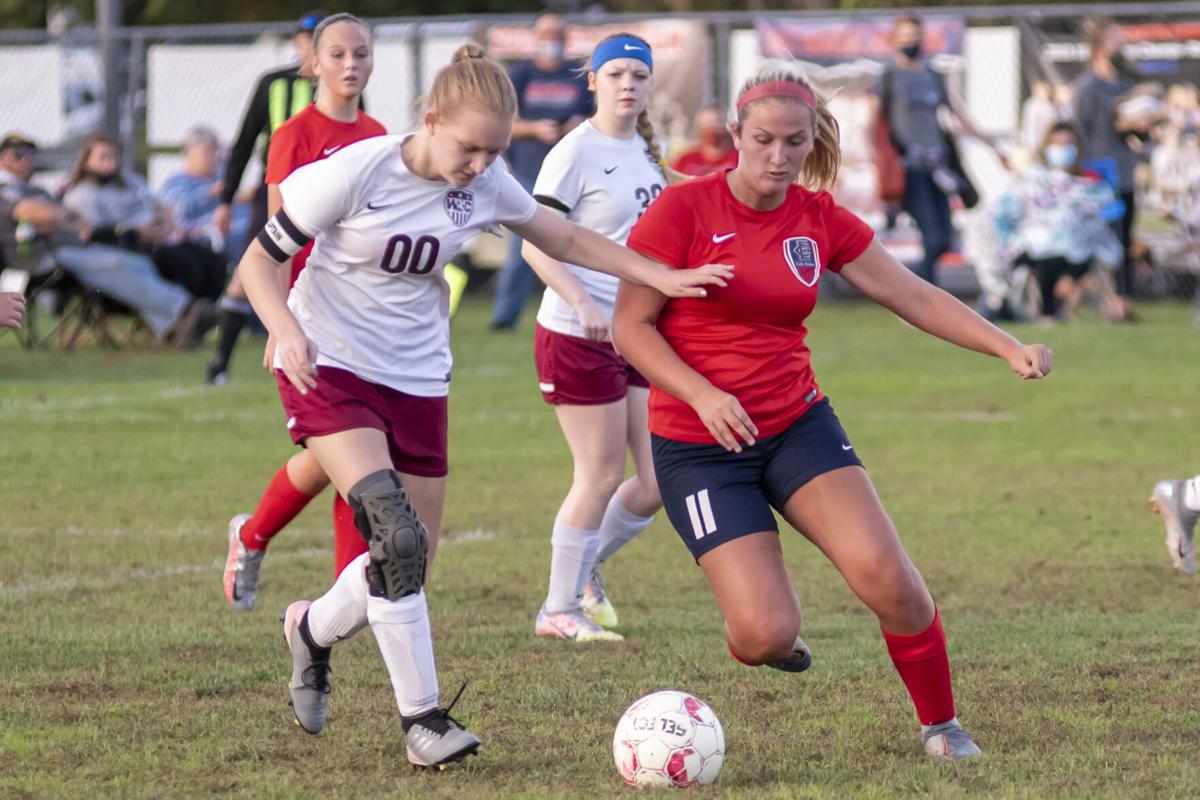 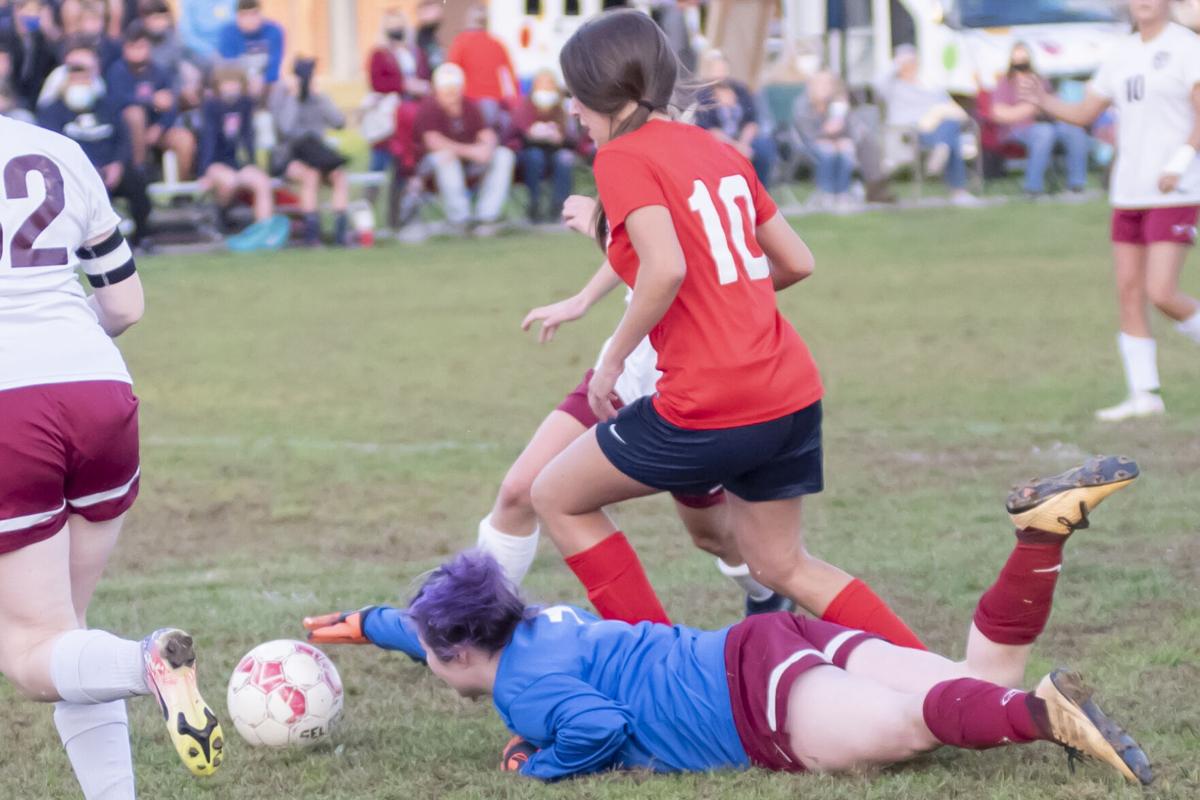 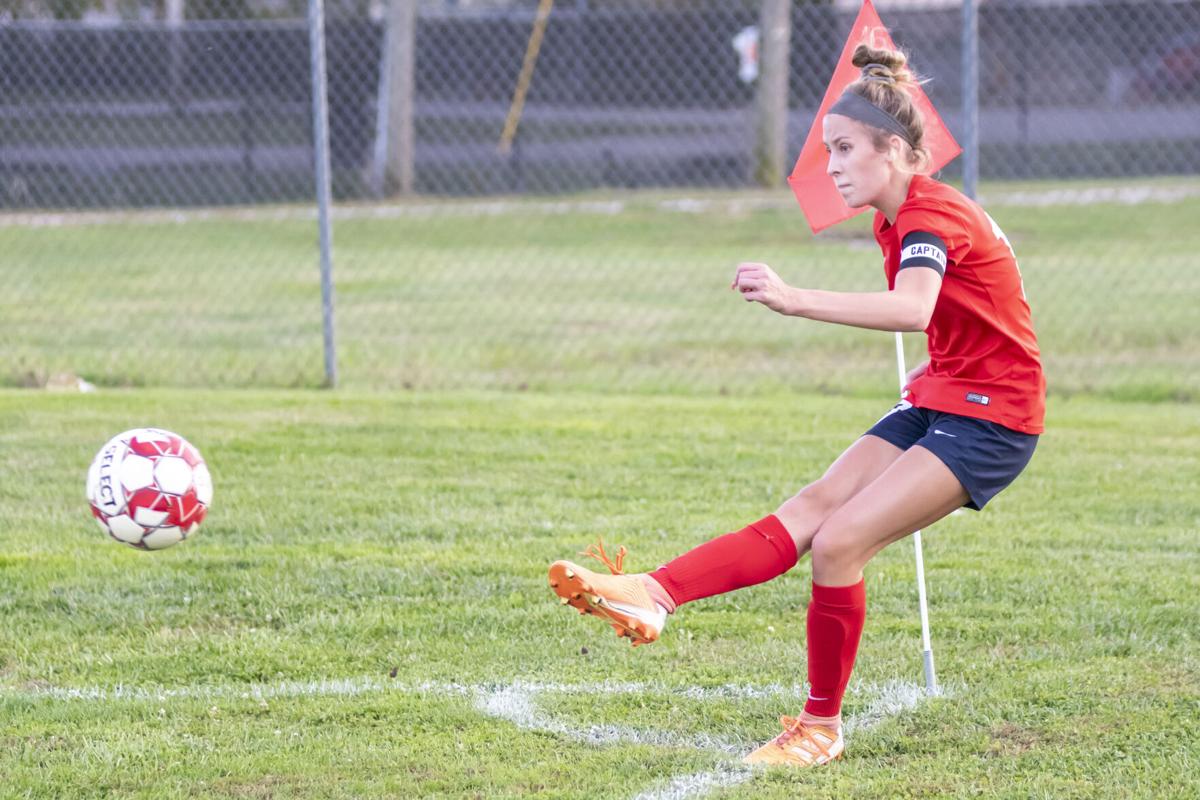 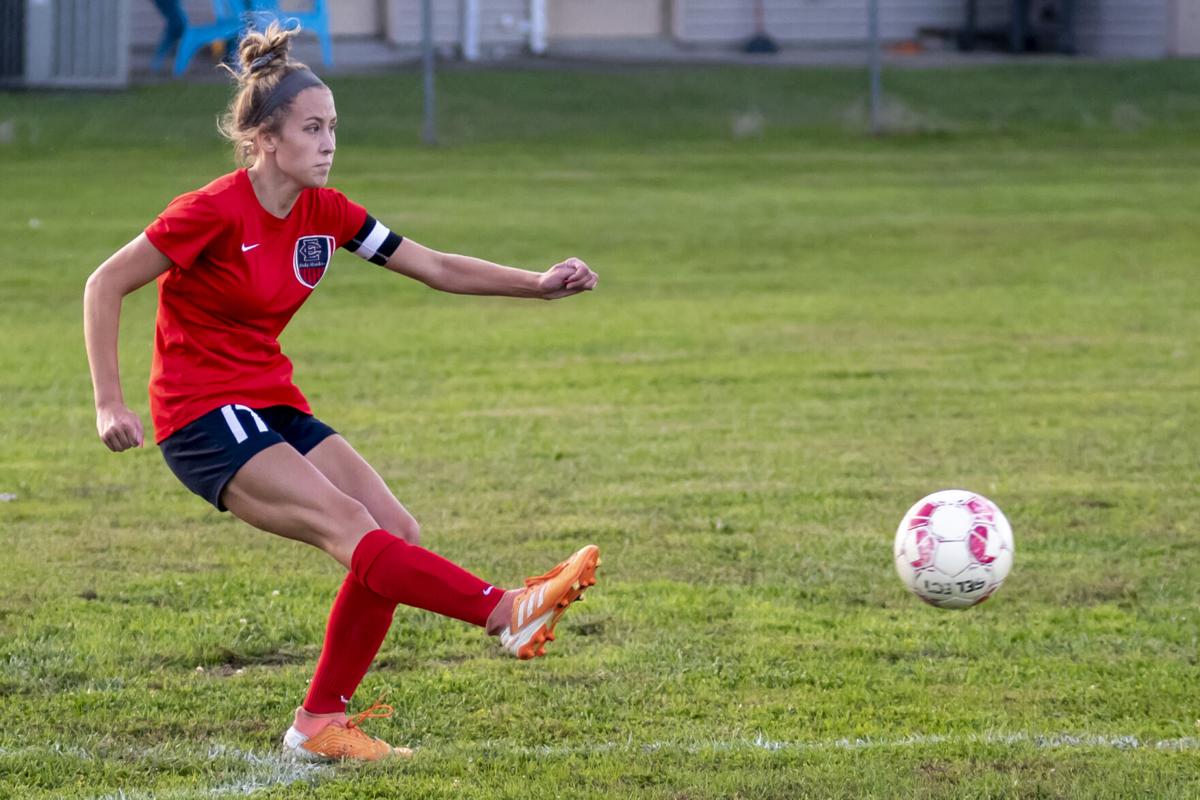 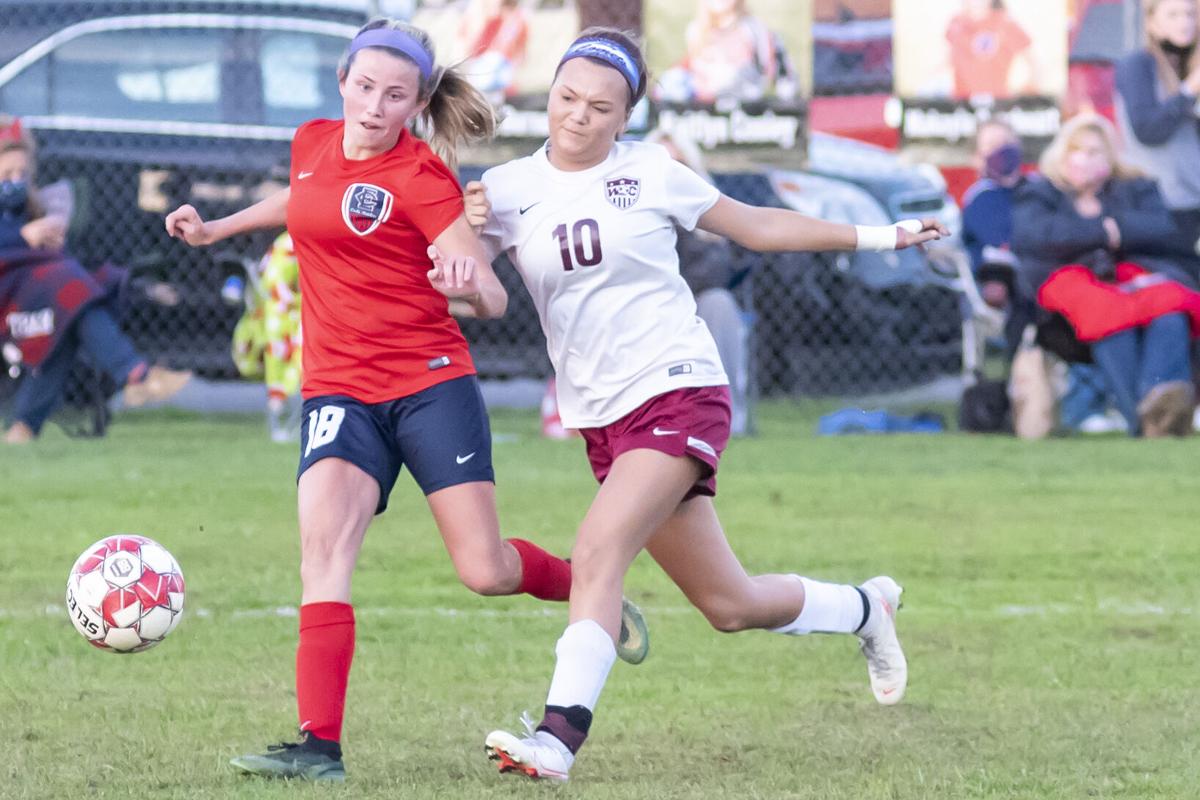 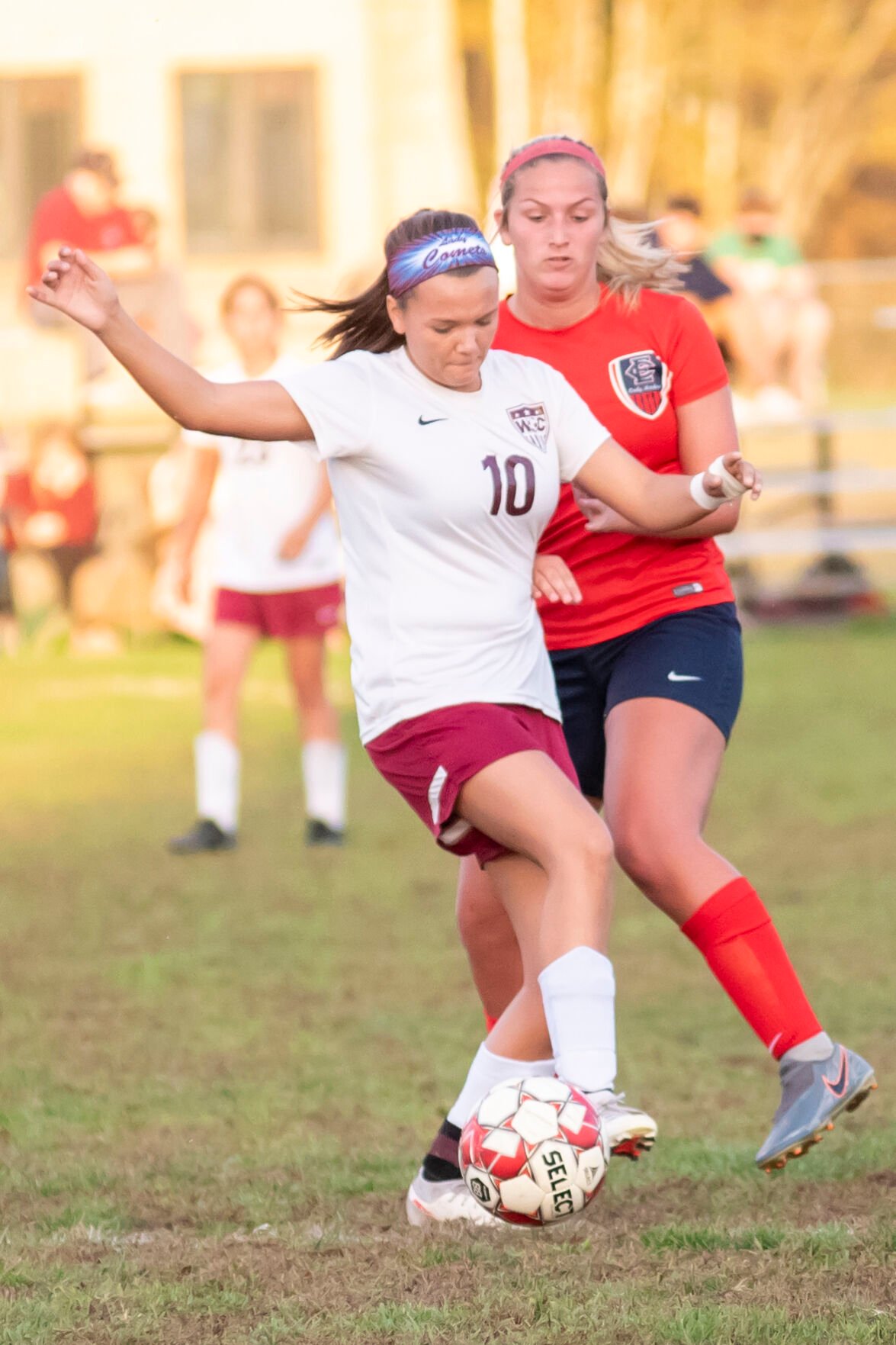 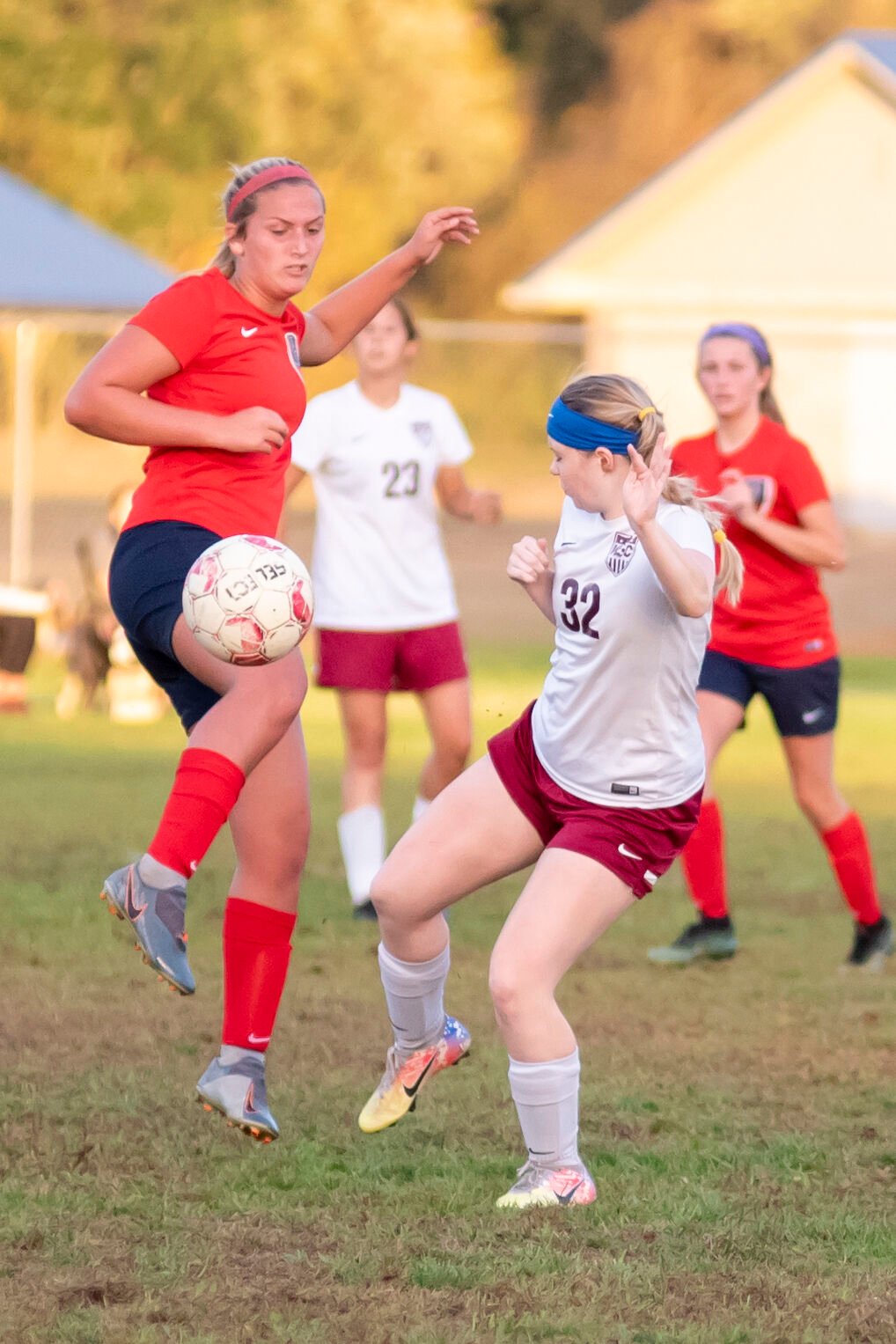 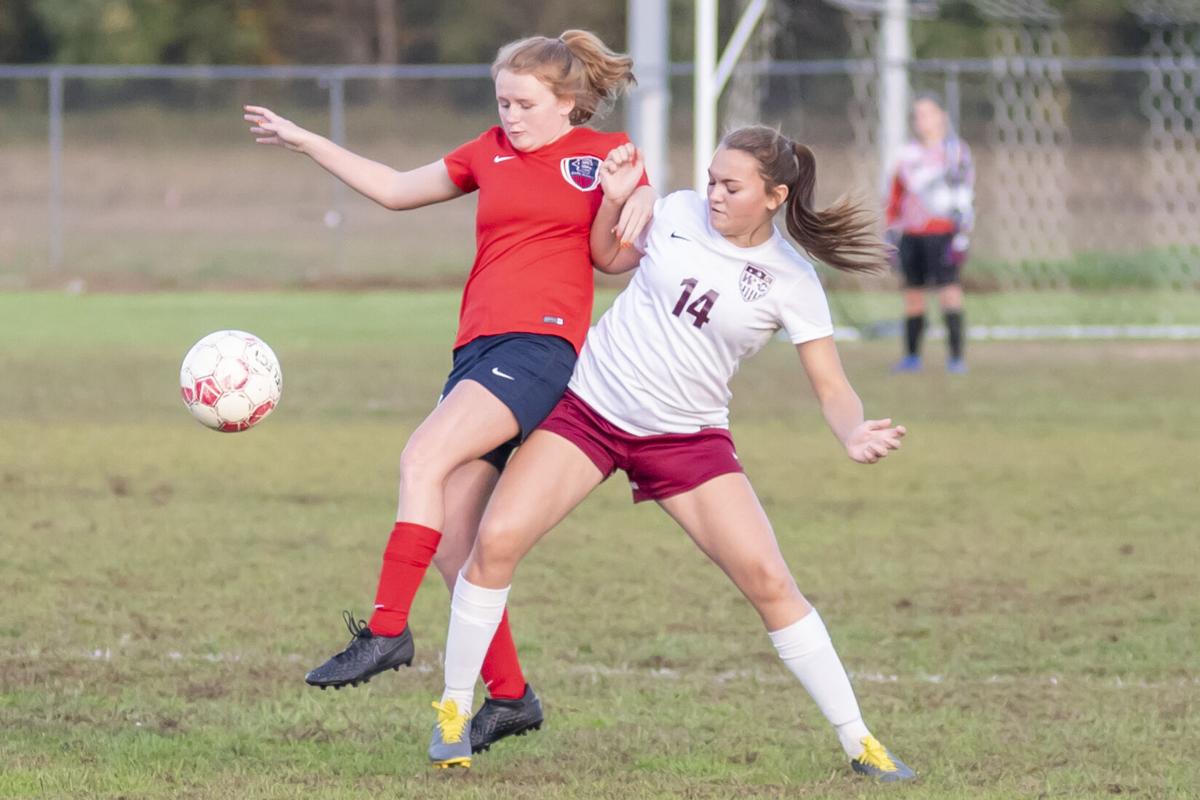 Stickler found herself covered by multiple Lady Comets defenders from the opening whistle but regardless of the effort and game plan by West Carter, Stickler was too much to stop.

The senior netted a hat trick to lead East Carter to a 4-0 win and a district championship at Bill Ticknor Memorial Soccer Field.

After a scoreless first 20 minutes of action, Stickler went to work on a 1-on-1 with Lady Comets goalie Riley Madden for her first goal of the night at the 23rd minute. Stickler added her second score of the night at the 37th minute off a dart from the right side that ricocheted off the keeper’s mitts for a 2-0 lead.

“I think they were looking for me,” Stickler said of the defensive pressure. “Me, Makenzie (Burnett) and Hannah (Kelley) … honestly, the whole offense are all good scorers, so I’m pretty sure (West Carter) was focusing on being on our backs so we couldn’t get that touch to finish.”

But the Lady Raiders’ win was anything but a convincing win — rather, a pair of halves saddled with missed opportunities to put the game away. Altogether, East Carter had 19 shots toward the goal that either drew the keeper’s mitts or sailed past the metal frame.

“Our ceiling is very high,” East Carter coach Tyler Walker said. “We’ve gotten really close a couple times this year of playing our best game, but tonight was not one of our best games. But sometimes you don’t need your best game. Our big players came through and we picked it up in the second half. Obviously, we still have some things to work on.”

East Carter appeared to have a 1-0 lead in the fourth minute only to have the goal wiped off due to an offsides penalty. The Lady Raiders fired five balls toward the net before finding their mark. A golden chance eluded the defending district champs one minute later after a Darian Wallace shot missed wide left with the Lady Comets’ goalie absent from the net after losing her footing.

Walker pleaded with his squad to find feet in the first half while admitting a long layoff required his team to knock off some rust.

“We hadn’t played in nine days,” Walker said. “Just to get a game and get our feet under us and get some touches on the ball was great and we know that we can’t play like that if our goal is actually to win region. I think tonight they saw how they can play and how they need to play to reach that goal.”

Walker added: “I think we were looking ahead to region and not to disrespect West Carter, but that’s where our heart and head has been set all year. I had to remind them that this game was now. We had some lack of focus and our bad passing relates to that lack of focus.”

East Carter battled through another collection of missed opportunities to open the second half until Stickler’s third of the night off a Kelley deflected shot drew net for the 3-0 lead.

“It was satisfying but my teammates all look for each other,” Stickler said of the hat trick. “We just try to get the ball up to each other. Tonight, they read my mind on the runs I was taking and led with a great ball and it led to a score.”

“She’s just an athlete and a competitor,” he said. “She may not be the greatest soccer player in the world, but her mind is miles ahead of everybody else in her movements and that competitive drive. That’s what makes her so successful.”

West Carter recorded only two shots on goal and did not record its first shot until the 30-minute mark of the first half.

“I’m happy with the outcome,” West Carter coach Emily Hammond said. “We have two starters out with injuries and only had three subs tonight. They played hard and I can’t be mad. They played a game last night and they are just worn out. All in all, I think we played a good game both halves and we did what we could do.”