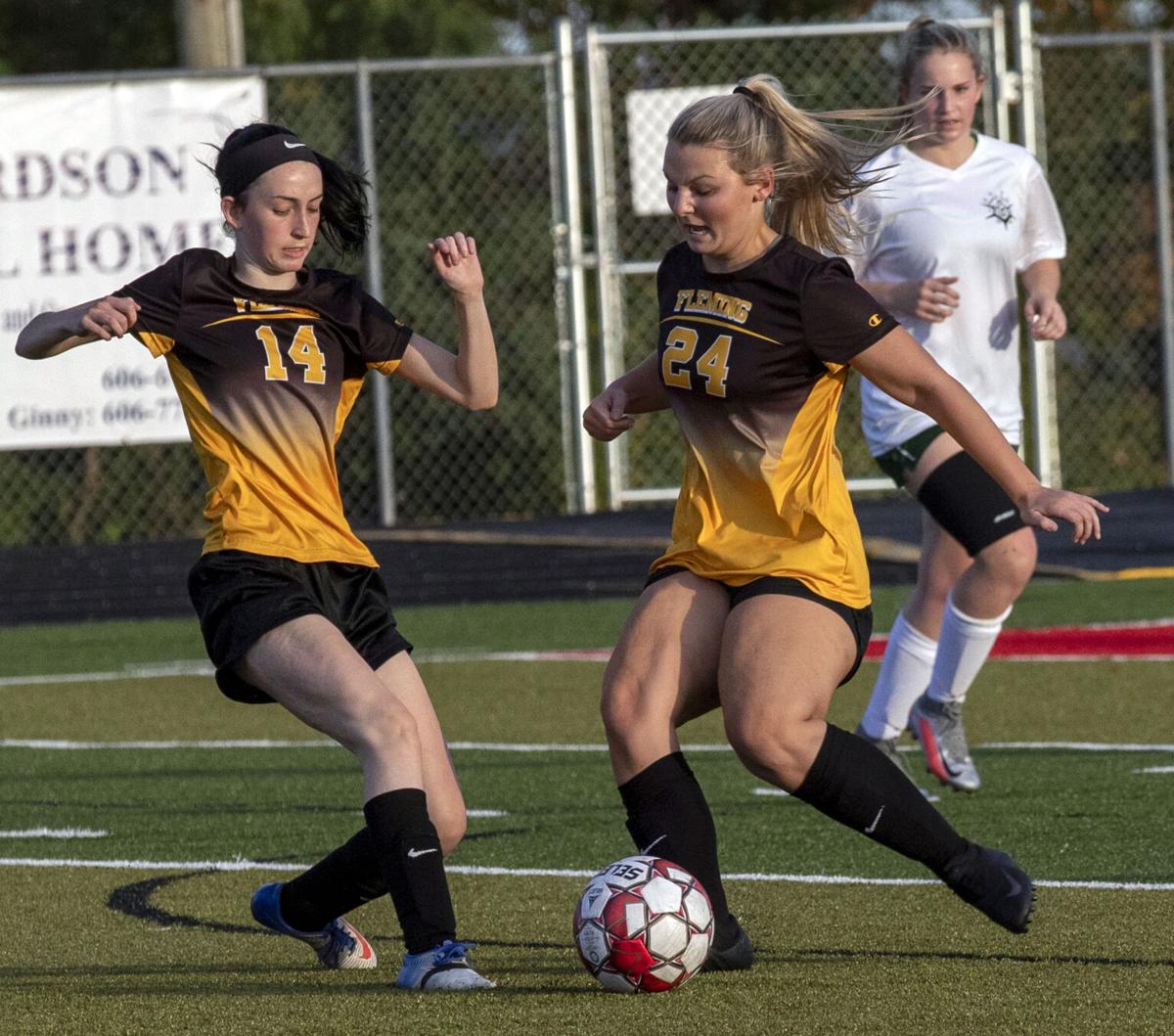 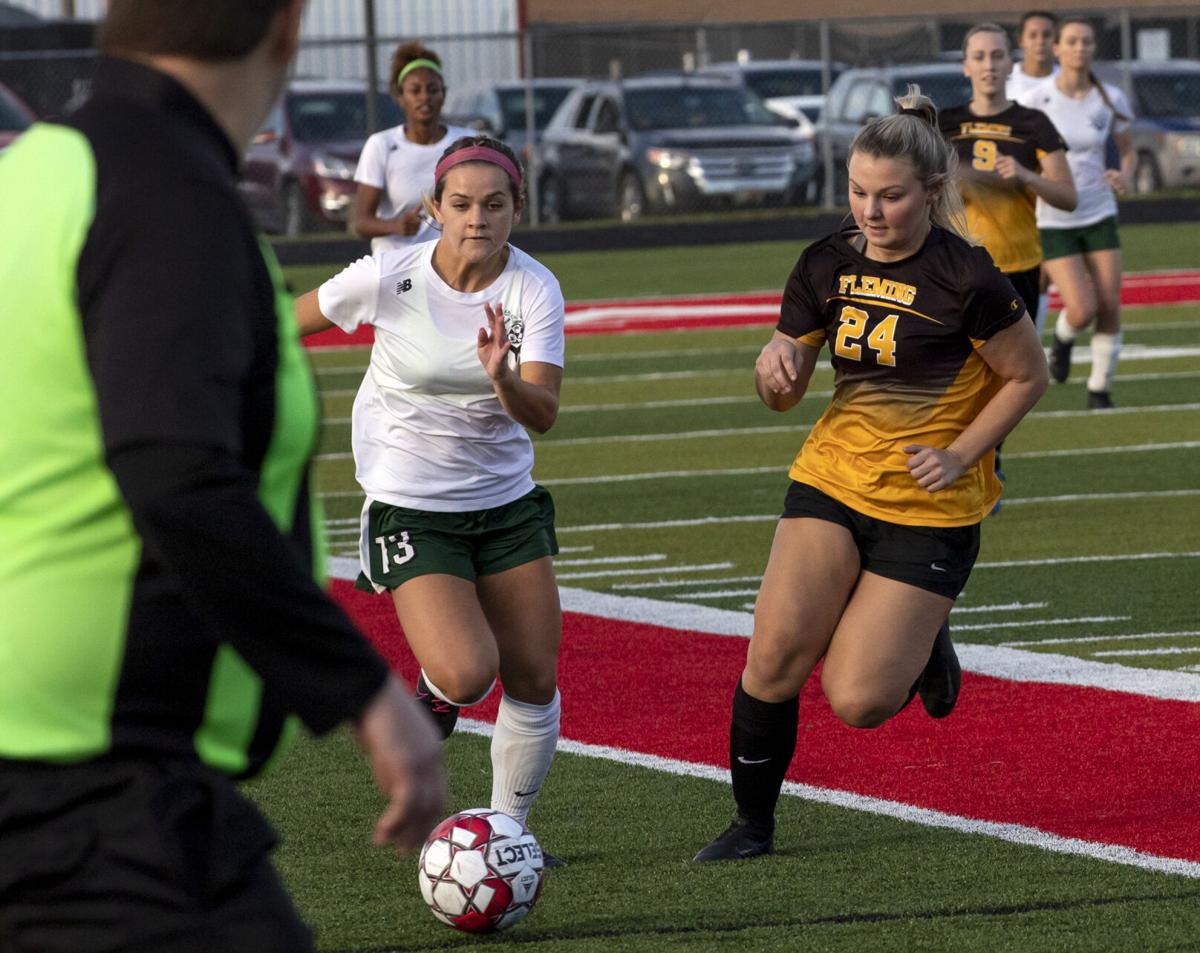 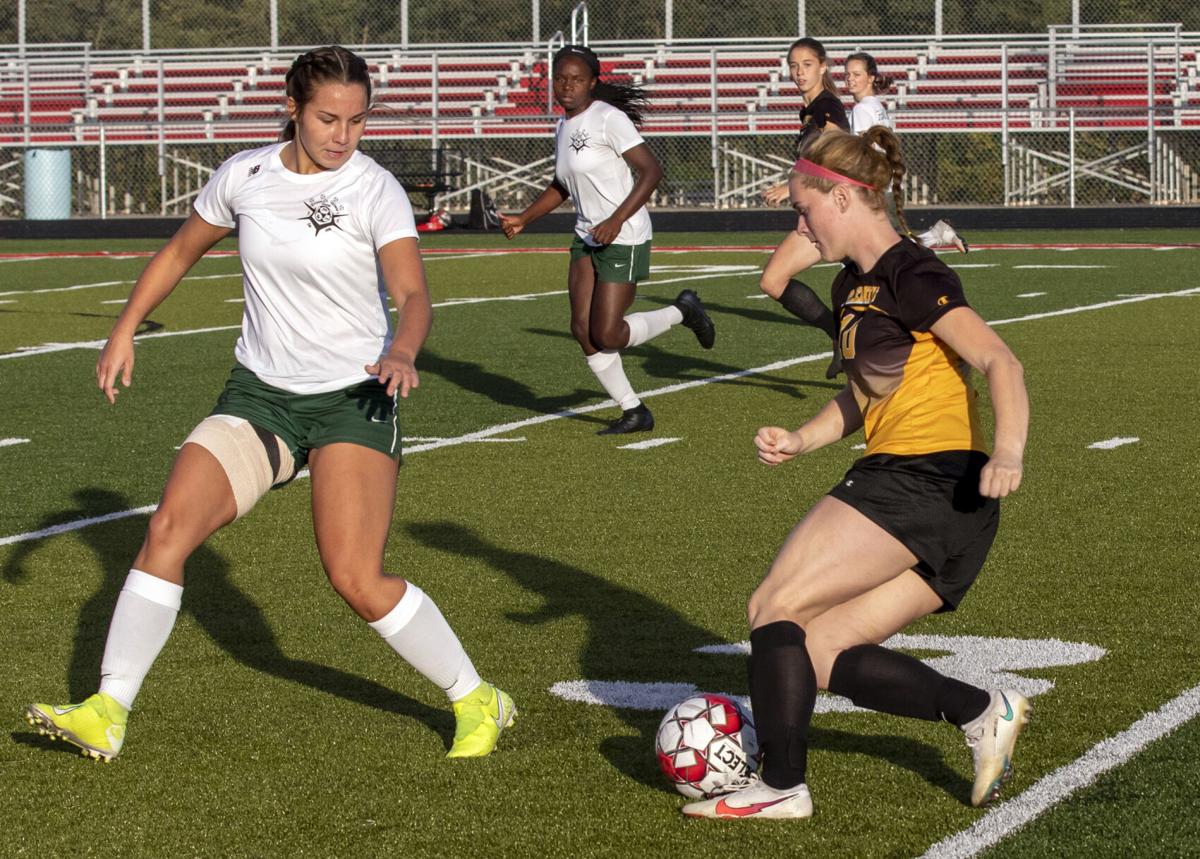 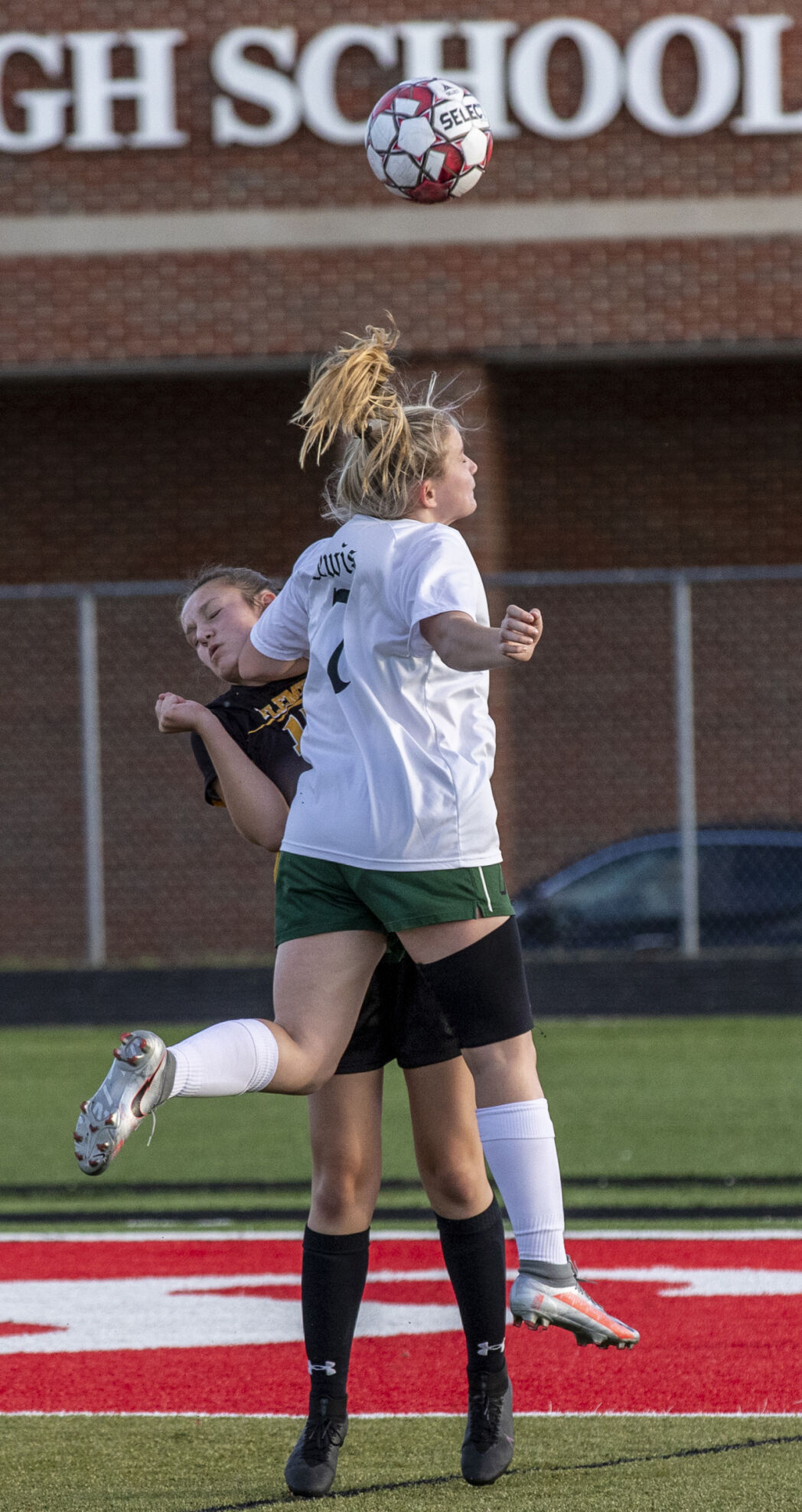 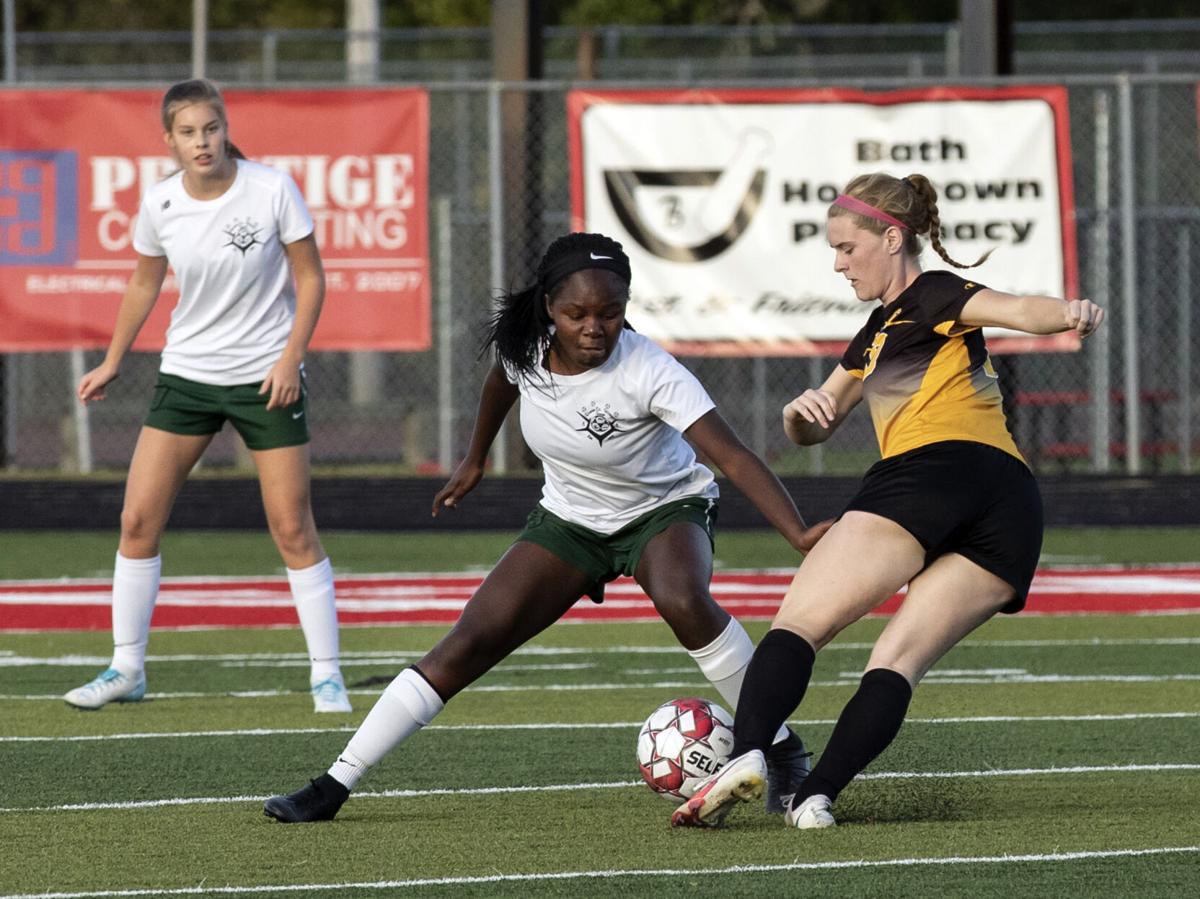 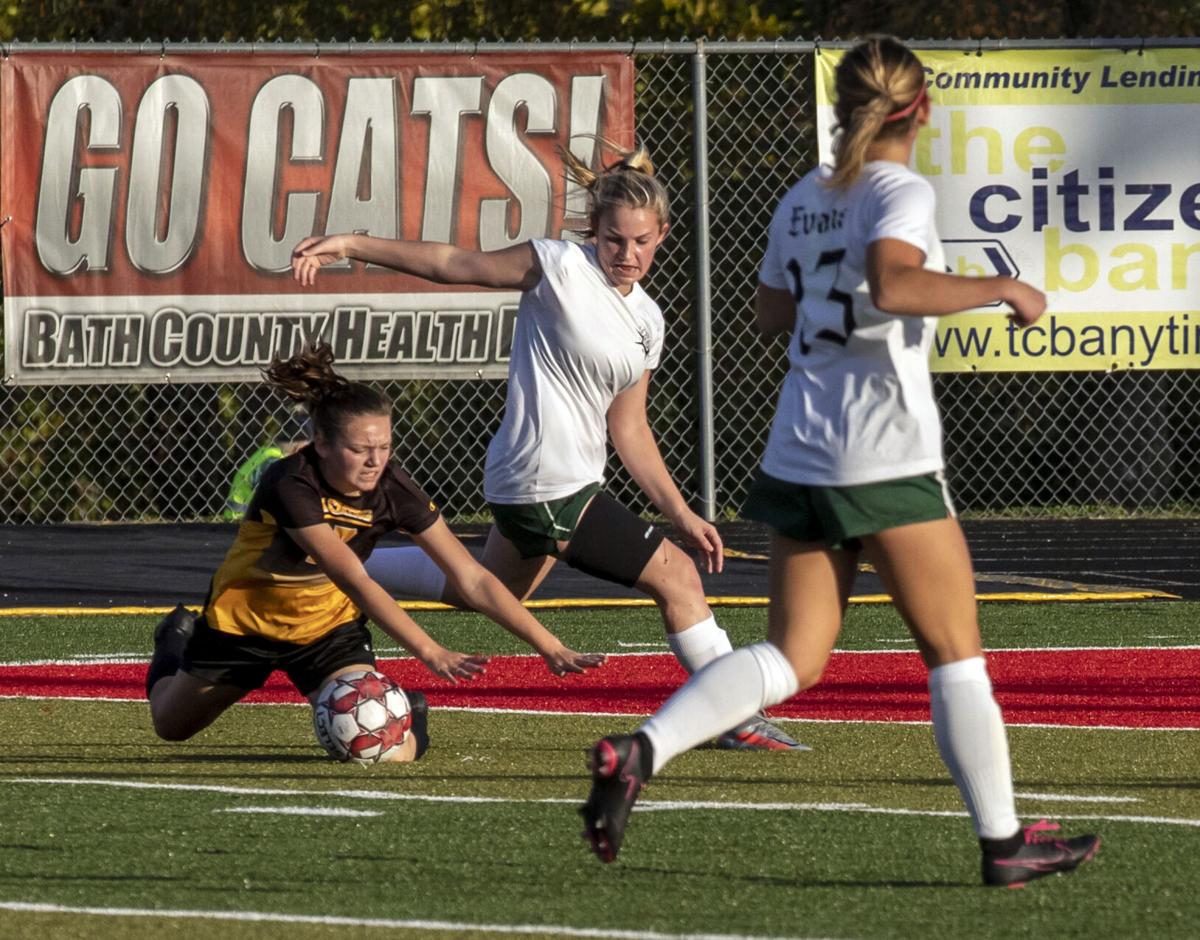 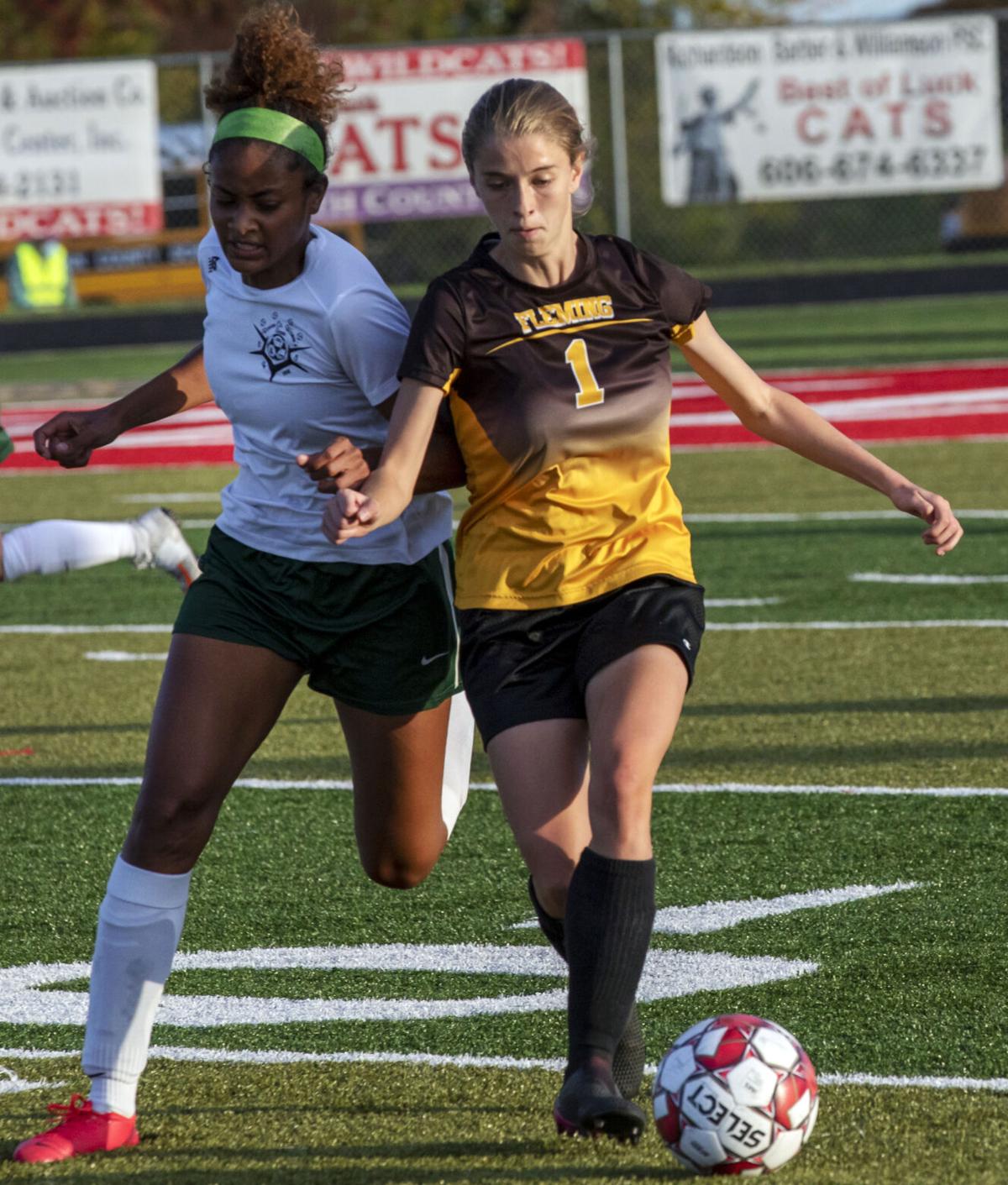 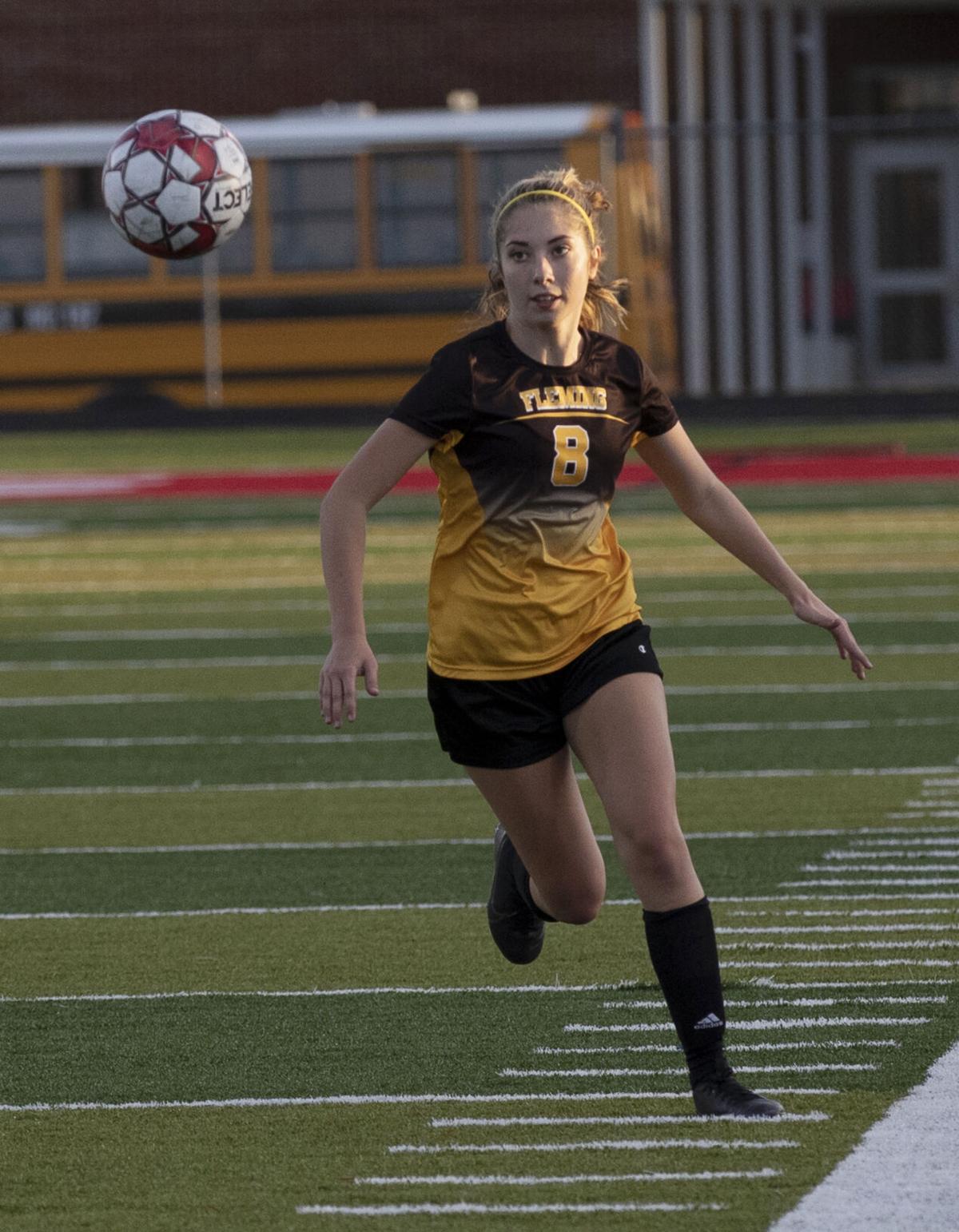 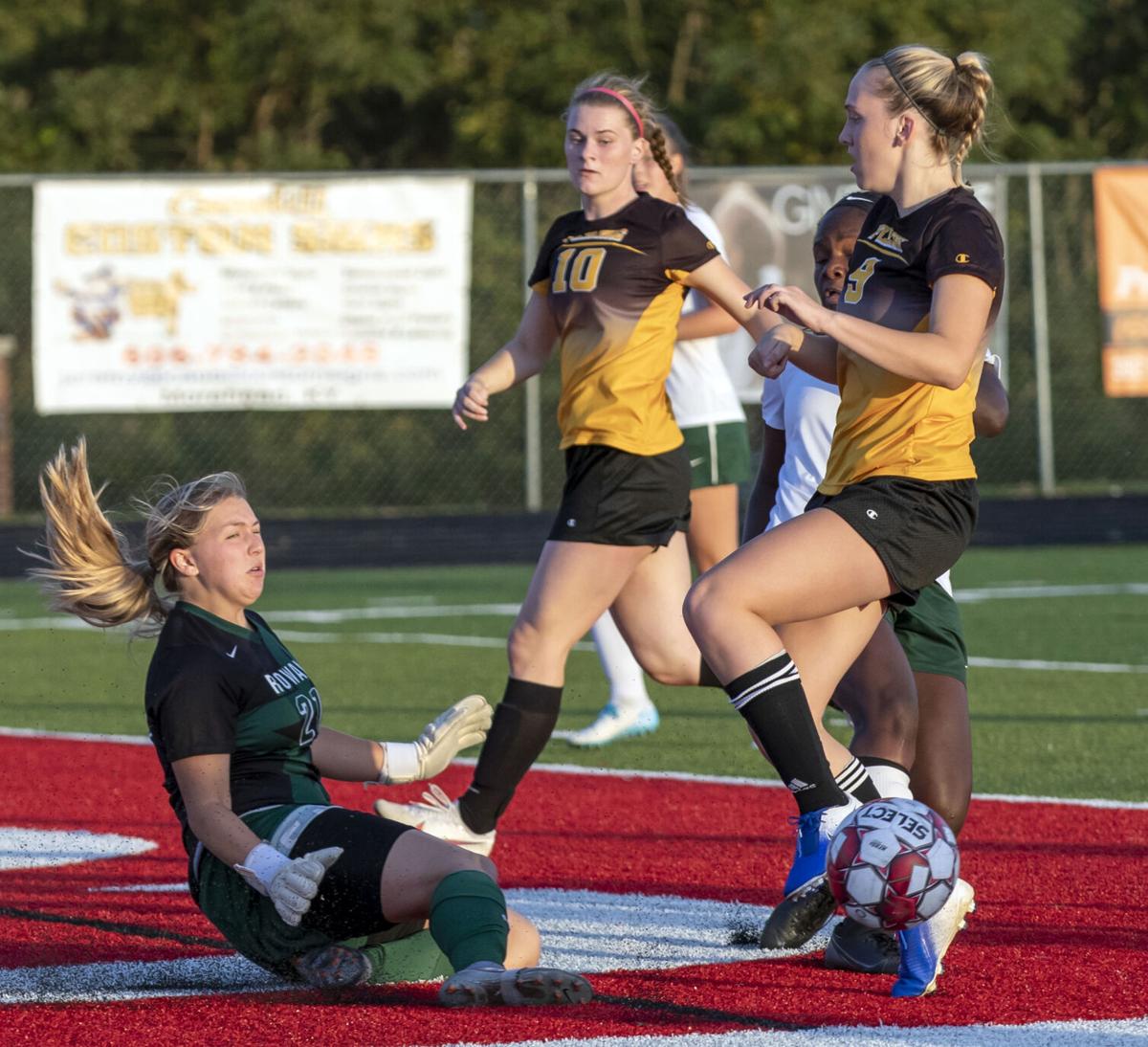 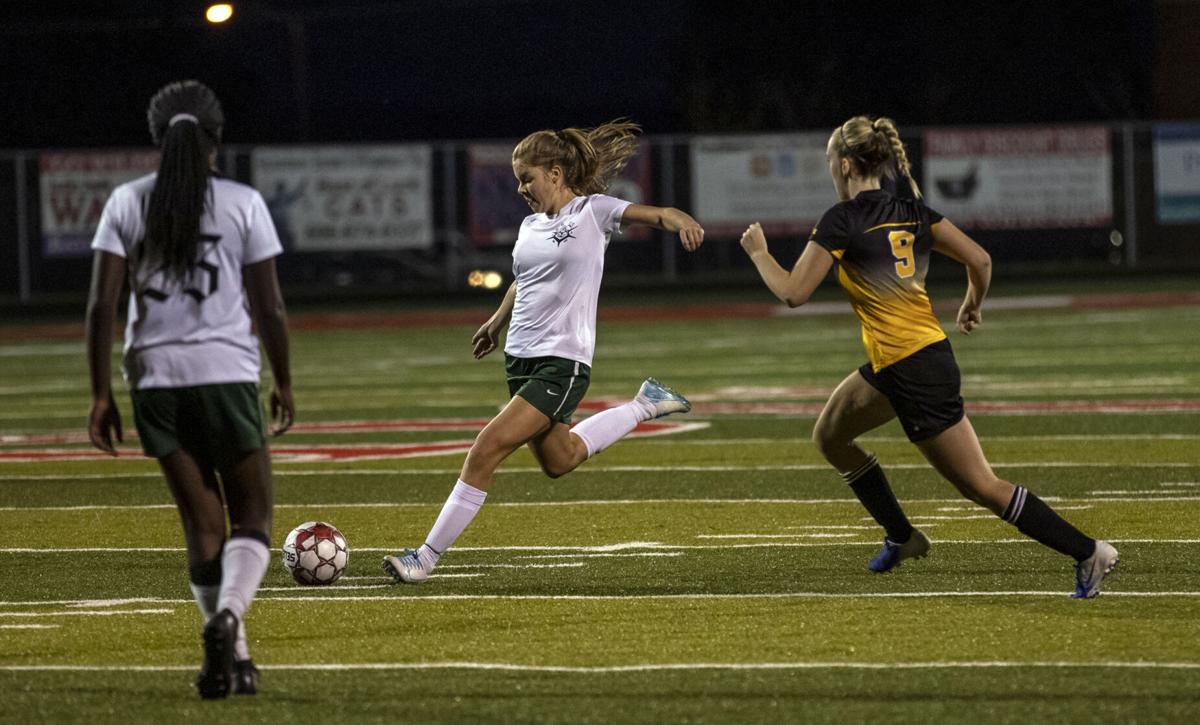 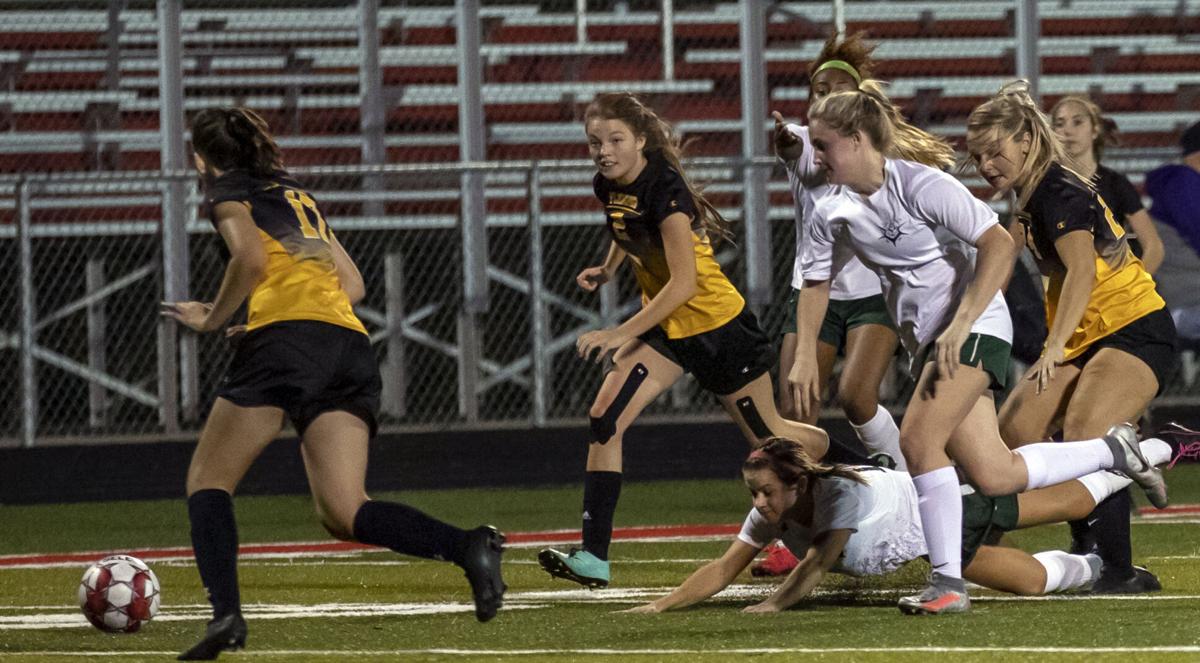 If Fleming County junior forward Haylee Applegate isn’t recognized as one of her school’s best athletes – regardless of gender – she really should be. She scored twice, her 43rd and 44th of the season.

“You’ve got to have a heart for the goal,” Applegate said. “Keep looking up, keep shooting, have faith in yourself and keep going hard.”

It’s possible Wednesday’s win may mean as much to Fleming County coach Dallas Hicks as the Lady Panthers.

“Definitely for me,” said Hicks, a senior on Fleming County’s 2013 boys team. “I missed out on my chance. These girls have been in my life since I was a young coach. I’m glad to see where they are today.”

Applegate scored on Rowan County (4-6-1) goalkeeper Bethany Sergent in the 19th minute. Her second score, in the 43rd, came after a Lady Viking defender slipped about 30 yards out.

In the fourth minute, the Lady Vikings’ Kelsey Lewis was alone about 10 yards away, but she hooked her shot left.

“That was all luck right there,” said Donohue, who celebrated her 18th birthday. “I think somebody was by my side on that one.”

Four minutes later, the Lady Vikings’ Natalie Peyton’s shot right of Donohue was maybe the most frustrating – a double-doink off the left and right post before Donohue fell on the ball.

Evans added: “It’s a continuation of bad luck. Any time you have a double-post shot where the ball doesn’t go in … sports are about inches, and you saw that (Wednesday); unfortunately we were on the unlucky side of it.”

And finally, a sequence in the 23rd minute when two Lady Vikings were close to Donohue. The Lady Panthers’ Leea McRoberts finally sent the ball out of bounds.

With Applegate scoring so much, you could be forgiven for forgetting her defensive skills, yet there they were in the 70th minute. Peyton’s direct free kick appeared to elude Donahue, but Applegate headed the ball away.

Fleming County’s (11-4-1) Alexa Dials scored in the 76th minute. Peyton converted an Audrey Evans corner kick in the 53rd minute and beat Donohue in the 80th.