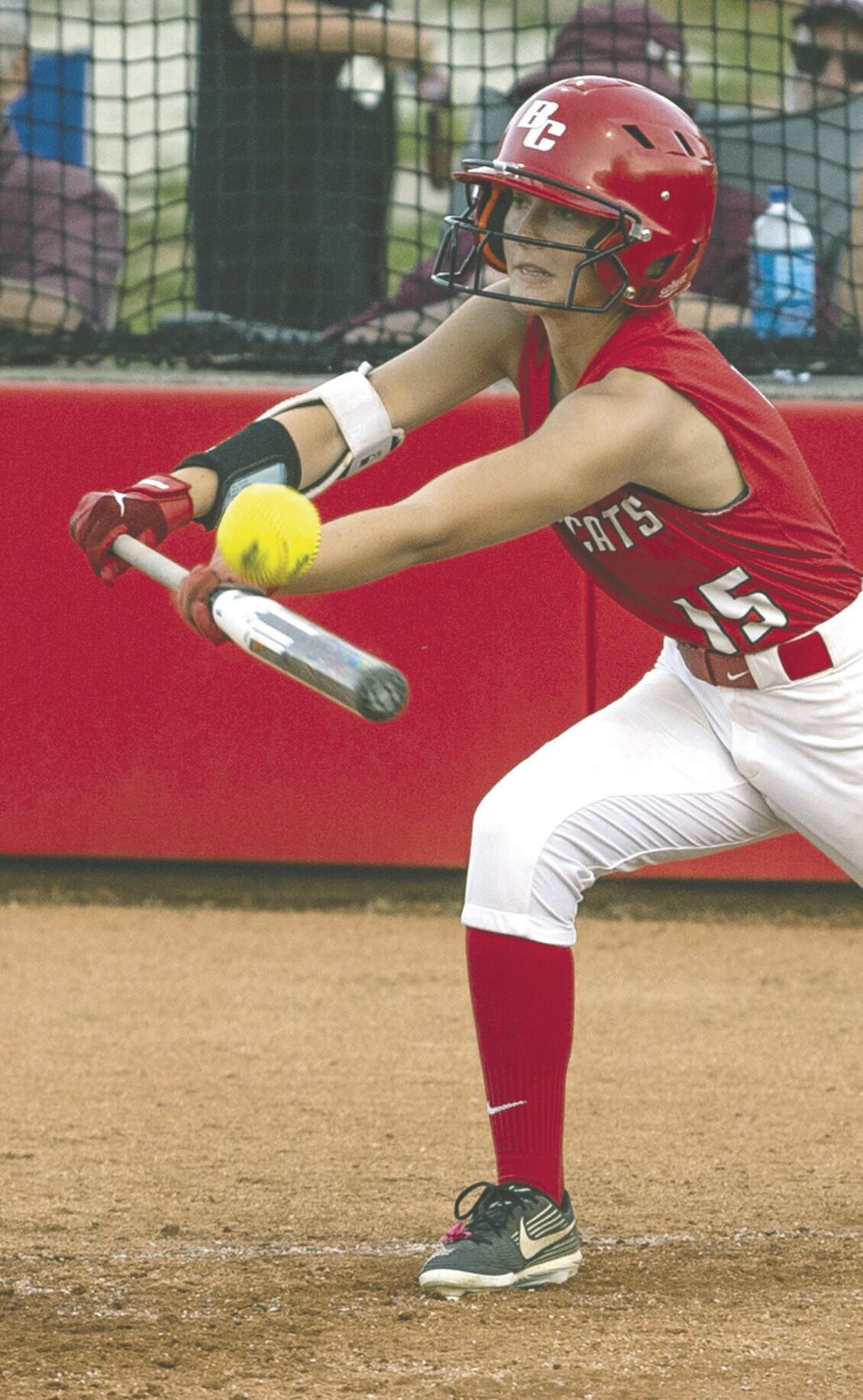 Bath County’s Kassidy Thomas lays down a bunt against Ashland in Owingsville on May 27. 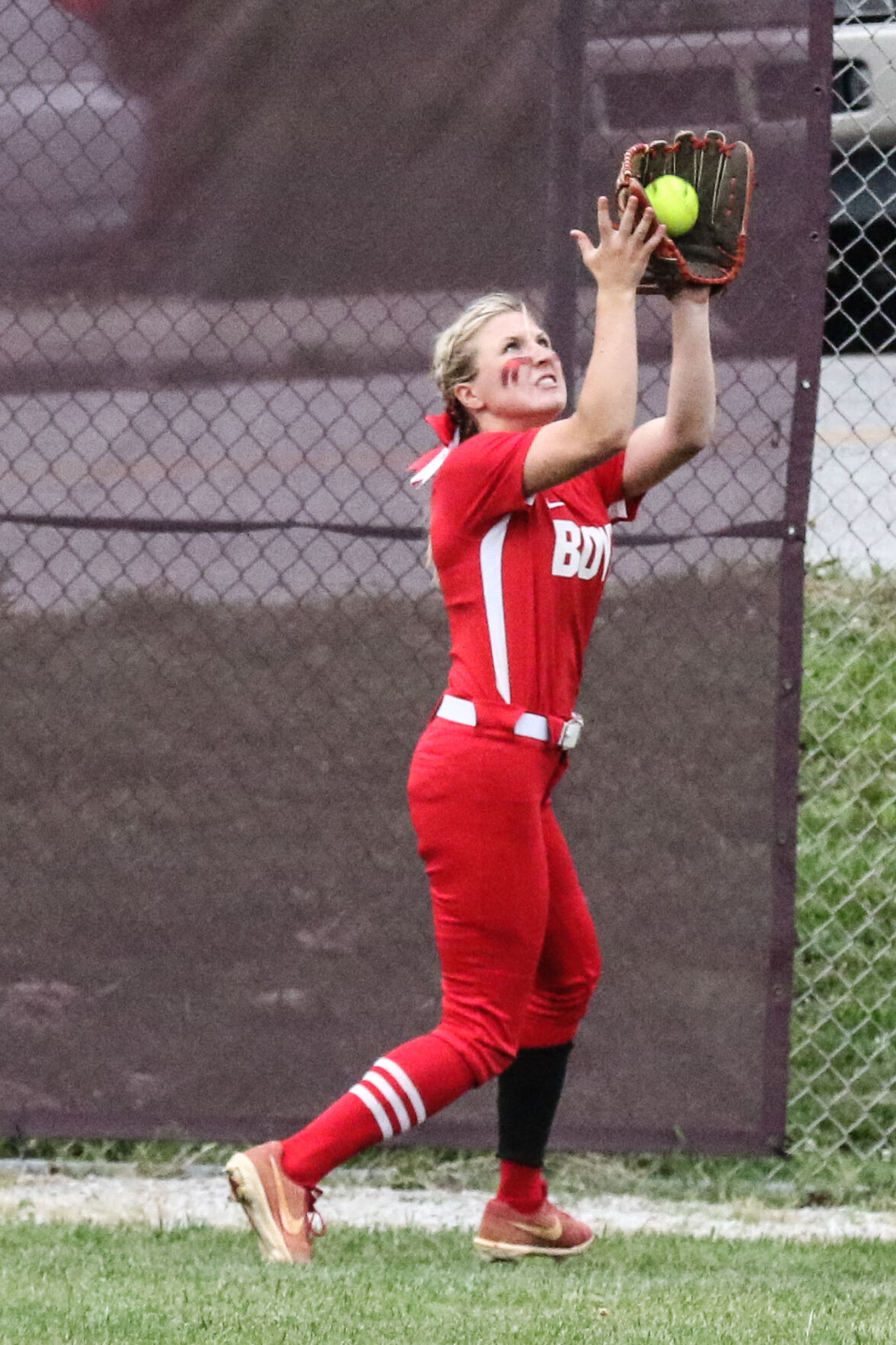 Boyd County’s Emma Borders secures an out with a catch at the warning track during the 64th District title game on Tuesday. 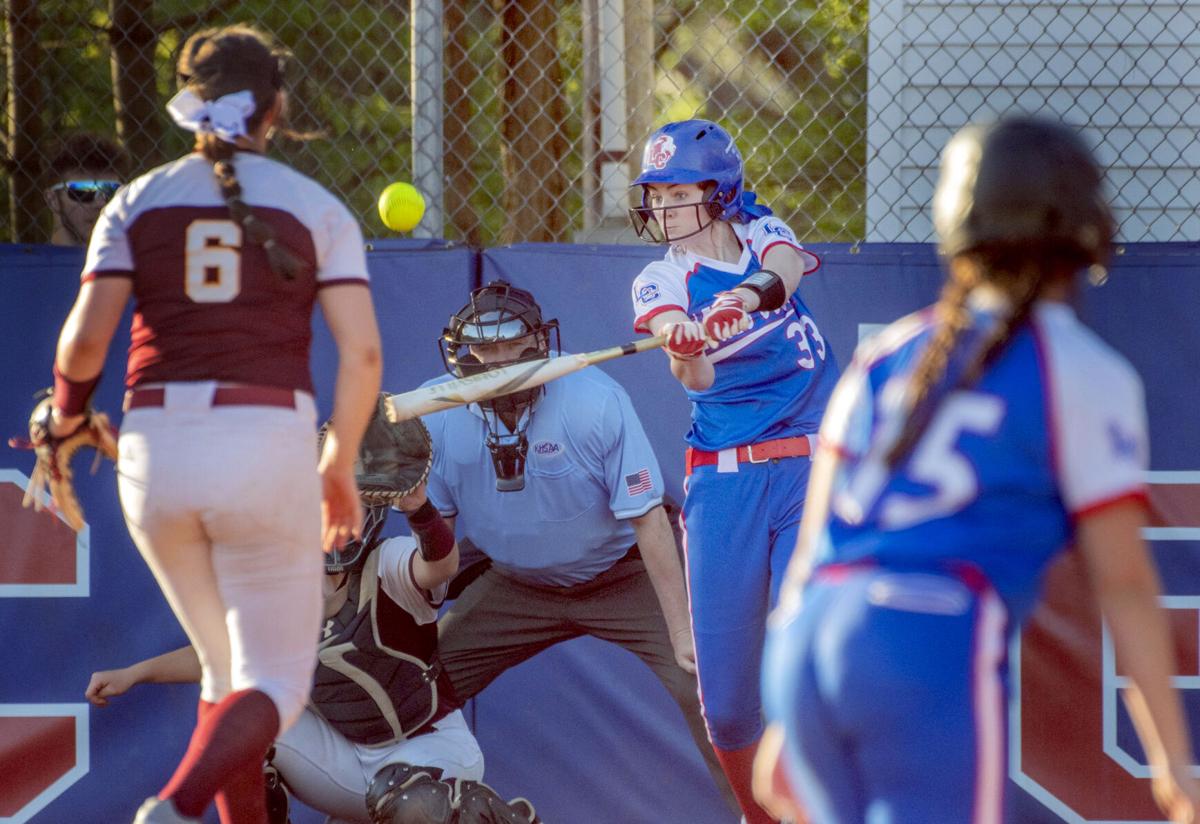 Bath County’s Kassidy Thomas lays down a bunt against Ashland in Owingsville on May 27.

Boyd County’s Emma Borders secures an out with a catch at the warning track during the 64th District title game on Tuesday.

The first-time 61st District champions requested an alternate schedule regarding their plans back home for the May Day Festival at the draw meeting at Ashland on Wednesday.

That didn’t pan out, and the Lady Cats drew the opening game in the 16th Region Tournament at Fleming County. Coach Kenny Williams said his team will tackle the adversity head-on.

“It’s going to be tough because we probably will be missing a couple of kids,” Williams said. “But we have had that all year. We’ve had seniors gone on trips. We’ve even had some COVID-19 issues and had to shut down. We haven’t had the same lineup yet. It will be one of the things we’ll have to get over.”

“They have a good little pitcher,” Calhoun said. “We played them a few weeks ago and it was a pretty good ball game. We made a couple of key mistakes at the end that hurt us. They are a very good ball team and very fundamentally sound. Kenny does a great job with them.”

Bath County is enjoying its highest win total in program history. The Lady Cats will embrace the big stage with their third consecutive trip to the region tournament and wins over Boyd County and Ashland in recent weeks.

“We are not going to sneak up on anybody and no one will sneak up on us,” Williams said. “We have seen everybody in the tournament. Once Raceland got bounced, we felt a little better about our position. … We finally got over that hump. That is their mentality. We will play whoever is next.”

The Lady Raiders have had a stranglehold on the 62nd District but fell to Elliott County in the final.

“No matter how you finish, everybody here has the same record,” Calhoun said. “We are all 0-0. Now, if you have a bad game, there is no tomorrow. Everybody has the same mentality when they get to this level.”

The Lady Lions from Sandy Hook enter the region tournament after capturing their first district title since 1995 with a 10-4 win over East Carter. Coach Jack McDaniel plans on keep the same playing style that was a catalyst in Index on Tuesday night.

“They were supposed to win,” McDaniel said of the Lady Raiders. “I told the girls, we’ve got nothing to lose. Nobody’s expecting you guys to win except for us and the community here. They went out kinda loose and aggressive, and they were patient.”

Elliott County (16-17) encounters 64th District runner-up Boyd County in the bottom half of the bracket at 1 p.m. The Lady Lions from Cannonsburg won the only meeting this year, 6-1. Coach Dave Wheeler said his team will not get caught looking ahead.

“We will have to swing the bat,” Wheeler said. “(Elliott County pitcher) Maleigh McDaniel does a really good job of throwing strikes. They are going to play hard. We have to execute and take advantage of any miscues. We have to move runners. To move runners, we have to get on base.”

Elliott County has experienced COVID-19 issues on more than one occasion this season but has found some consistency late in the campaign.

“I told everybody I thought when we came out of Tennessee (in March), we were ready to roll,” McDaniel said, “and then we get shut down after the Raceland game with COVID-19. We got it back, we were going again and then we had to shut down again. But they’ve picked up the last three, four games.”

After falling in its district final, Wheeler doesn’t envision his team will tinker with its preparation. The skipper is confident his club is ready for the challenge.

“When you get this late in the season, you are who you are,” Wheeler said. “If you are fortunate to play 30-plus games, the postseason is an extension of it, and you get to experience a tournament atmosphere. You have to do the little things to win.”

Ashland coach Scott Ingram witnessed one of his team’s best performances in the 9-1 win over Boyd County in the 64th District Tournament final.

“It was probably our most complete game of the year,” Ingram said. “It’s our goal every year to play our best at the end. Hopefully, we can continue that. We were pretty much hitting on all cylinders on (Tuesday) night.”

Ashland (17-14) and Russell (13-16) meet in Saturday’s second region quarterfinal at noon. The Kittens won both meetings in the regular season by the slimmest of margins, 4-3 and 9-8.

“It is similar to our district (game),” Beek said. “You initially start out with the hard game against a strong team. It is momentum going forward. Our matchups in the past have been close. Anything is possible. We have learned a few things, and any exposure to the opposing team’s pitching and offense, you can pick up things along the way.”

Added Ingram: “It’s wide-open. There are a lot of good ball clubs in this region. When you get to the final eight teams, everybody has had a really good year. We have our work cut out for us. We’ve had two good ball games with (Russell) this year. We will get ready for them and see what happens.”

Russell defeated Raceland, one of the region favorites entering the postseason, in the opening round of the 63rd District Tournament but couldn’t rebound against Lewis County in the final.

Beek said her team can learn from both scenarios.

“Going into the first round of district, we had that mental approach of laying it all on the line and giving it everything we got,” Beek said. “We did. We went harder than we had all season. I think that turnaround into Tuesday, coming off that type of win and that type of emotion, we couldn’t recover that quick.”

The Lady Lions from Vanceburg will rely on the steady right arm of sophomore pitcher Emily Cole and a solid defense behind her.

The Lady Vikings have been a prominent competitor in the region tournament under veteran coach Larry Slone. Rowan County, led by shortstop Haven Ford, has won five of its last seven games entering the event.

The semifinals will commence on Monday at 5 and 7 p.m. The region championship is scheduled on Tuesday at 6 p.m.