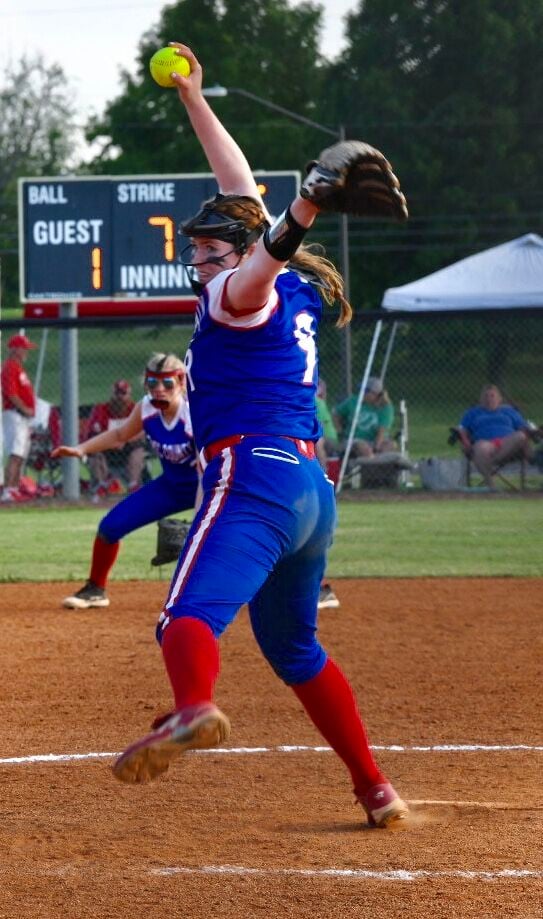 Lewis County’s Emily Cole prepares to send a pitch to the plate against Rowan County on Saturday. 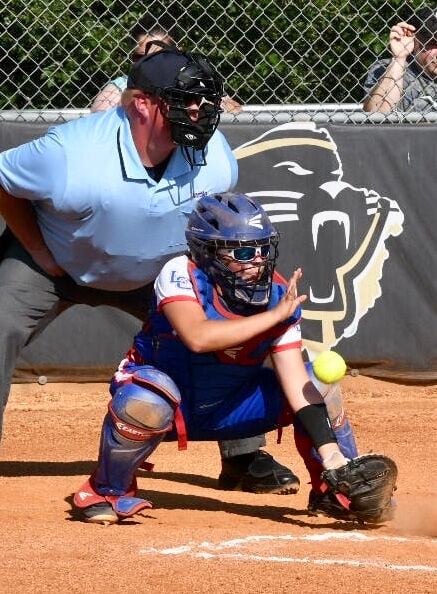 Lewis County's Kelsi Tackett tries to collect a pitch in the dirt on Saturday. 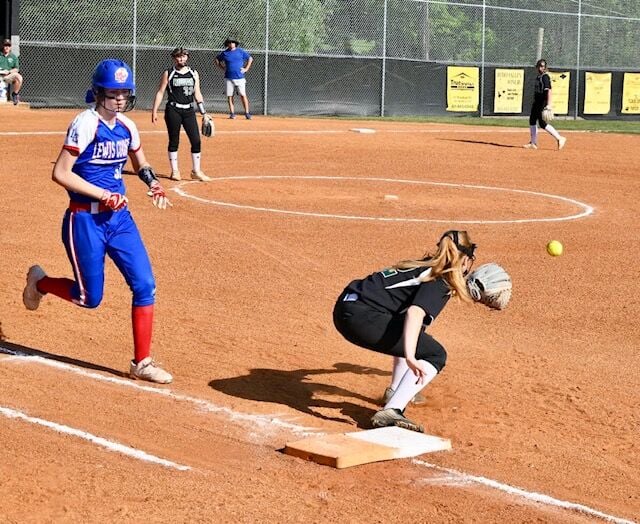 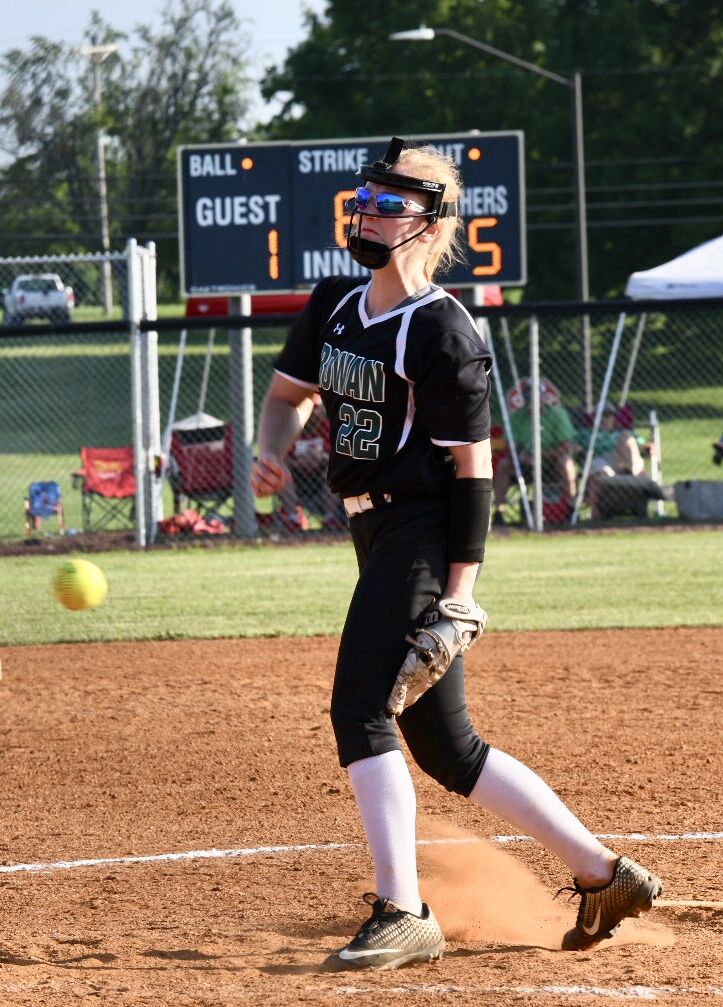 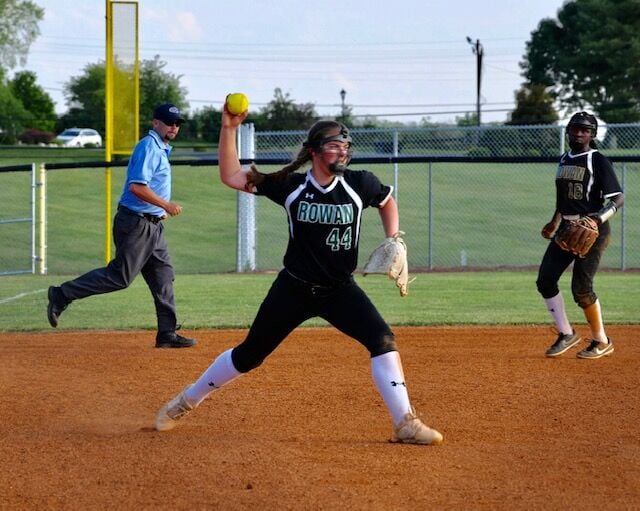 Lewis County’s Emily Cole prepares to send a pitch to the plate against Rowan County on Saturday.

Lewis County's Kelsi Tackett tries to collect a pitch in the dirt on Saturday.

Lewis County's sophomore pitcher was not flawless against Rowan County on Saturday, but she was close enough. She struck out 12 to send the Lady Lions to the 16th Region semifinals with a 7-1 victory at Fleming County.

Cole struck out at least one Lady Viking in each inning. In the seventh, she whiffed Bayleigh Caskey, Trinity Hughes and Kassie Perkins to finish the evening.

Lewis County's Summer Egbert, Maddie Johnson and Kayla Sullivan had the best nights at the plate. Egbert was 3 for 3 with three runs scored, while Johnson and Sullivan were 2 for 3 with a run apiece.

“These days are a blur,” Hampton said. “(Jerry) went to everything. He was at every basketball game, boys or girls, baseball.”

Rowan County (16-15) managed just two singles. Sophomore shortstop Haven Ford had them both to go with five stolen bases and scoring the Lady Vikings' lone run in the sixth inning on a wild pitch.

Cole baffled the Lady Vikings with her rise ball.

“I feel like I've really been working on it a lot to get it spinning more,” she said. “It was my go-to pitch (Saturday).”

Rowan County coach Larry Slone added: “Execution is crucial if you're going to compete. Most of the younger kids are going to struggle with the rise ball. If they don't recognize it and lay off from it, they're going to swing through it.”

“It's survive and advance right now,” Hampton said. “I tried to explain to make sure we got our mindset corrected. I feel like the target's kind of on us in our games right now.”