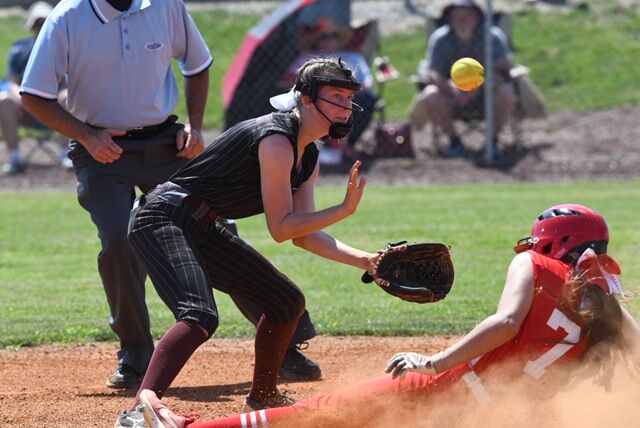 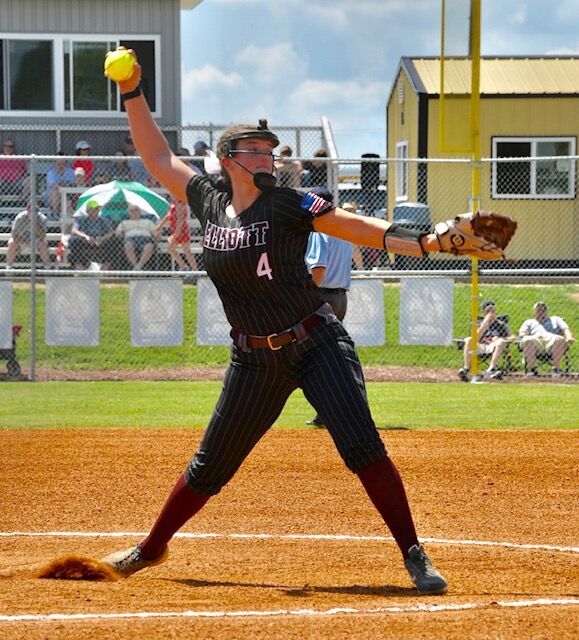 Elliott County's Maleigh McDaniels sends a pitch to the plate against Boyd County on Saturday. 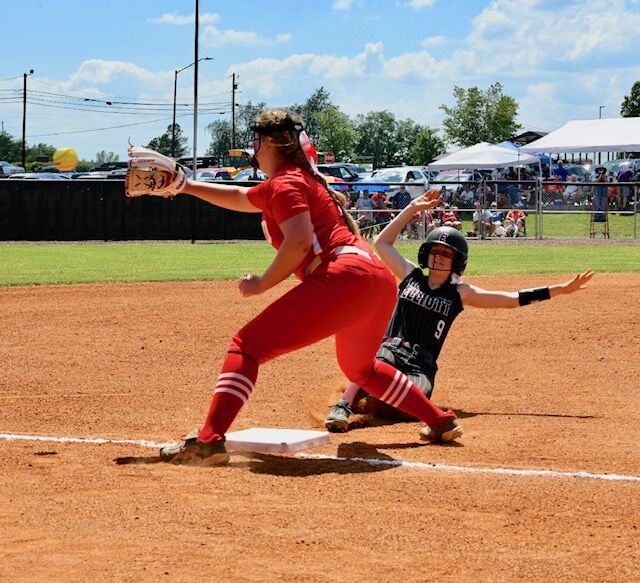 Elliott County’s Zoey Rainbolt slides into third base ahead of throw to Boyd County infielder Megan Castle on Saturday. 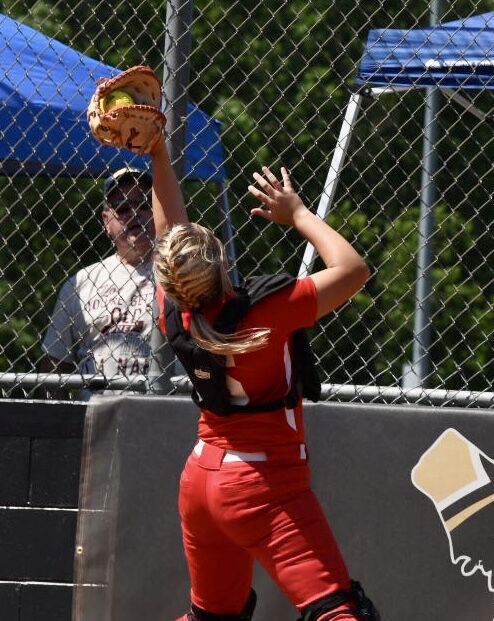 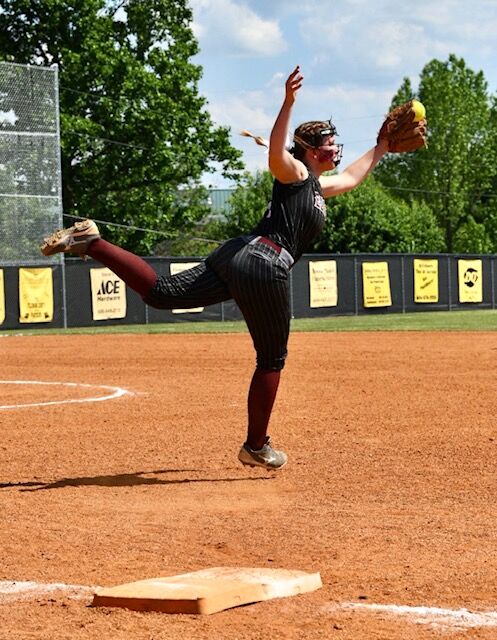 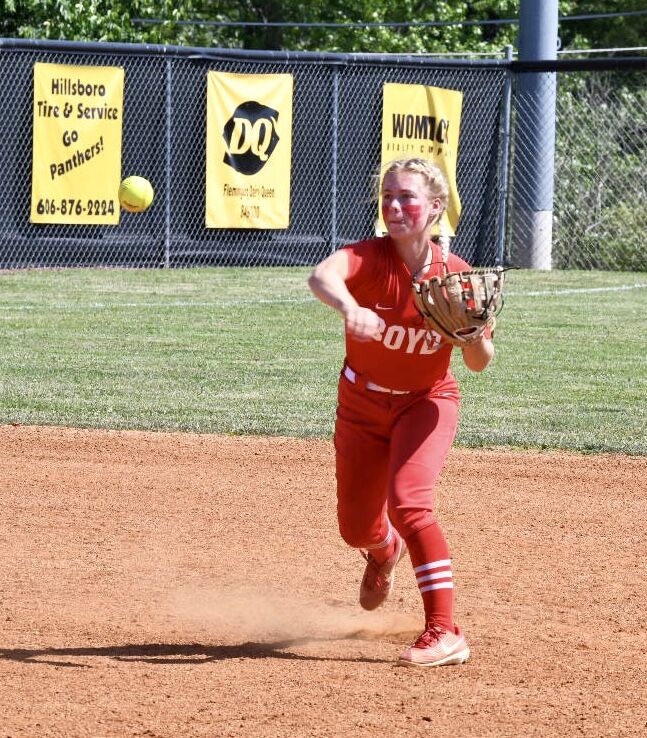 Elliott County's Maleigh McDaniels sends a pitch to the plate against Boyd County on Saturday.

Elliott County’s Zoey Rainbolt slides into third base ahead of throw to Boyd County infielder Megan Castle on Saturday.

Boyd County's sophomore second baseman tightly hugged her team's stuffed red and white toy lion mascot. She had a pretty good day in the field, too. Her three-run seventh-inning triple provided the winning margin in a 7-6 win over Elliott County in the first round of the 16th Region softball tournament at Fleming County.

Truth be told, Boyd County had a lot of somethings.

A T-word – triple – was an accurate description of how Boyd County won. Alex Blanton's three-bagger in the sixth inning tied things at 4-4, and Thornsberry's put her team ahead, 7-4.

“I knew that I had to hit behind the runners in order to score the two runs,” Blanton said. “(The pitch) was outside, way outside. I just kind of stepped to it and took it opposite.”

“They hit two gappers there on us,” Elliott County coach Jack McDaniel said. “… I thought a couple misplayed balls hurt us. We've got to learn from it. We've got to grow from it.”

Sara Bays improved to 12-5 for the year. She struck out six over the final four innings, including the game-ender on Emily Markwell.

“Sara kept it close,” Boyd County coach Dave Wheeler said. “And she did a really good job … She took care of some situations by herself.”

Elliott County (16-18) escaped danger in the first two innings. Bays fouled out to strand a runner in the first, and pitcher Mal McDaniel caught Kylie Peterman looking to end the second.

Sandy Hook's Lady Lions opened the scoring in the bottom of the first. They converted singles from Zoey Rainbolt and Skylar Copley, an error, Laney Porter's groundout and Hannah McDaniel's two-run single into 2-0 lead.

Boyd County (23-12) needed only one hit —Tori Badgett's infield single — to tie things at 2-2 in the third. Both Badgett and Thornsberry later scored on wild pitches.

Boyd County meets Lewis County, a 7-1 winner over Rowan County, in the semifinals at approximately 7 p.m. Monday. In their only regular season meeting, Boyd County won, 5-1 on May 11 in Cannonsburg.

Two Elliott County seniors, Mal McDaniel and Markwell, finished their high school careers. Before Coach McDaniel tightly hugged his daughter, he told the others to “not drop your heads.”