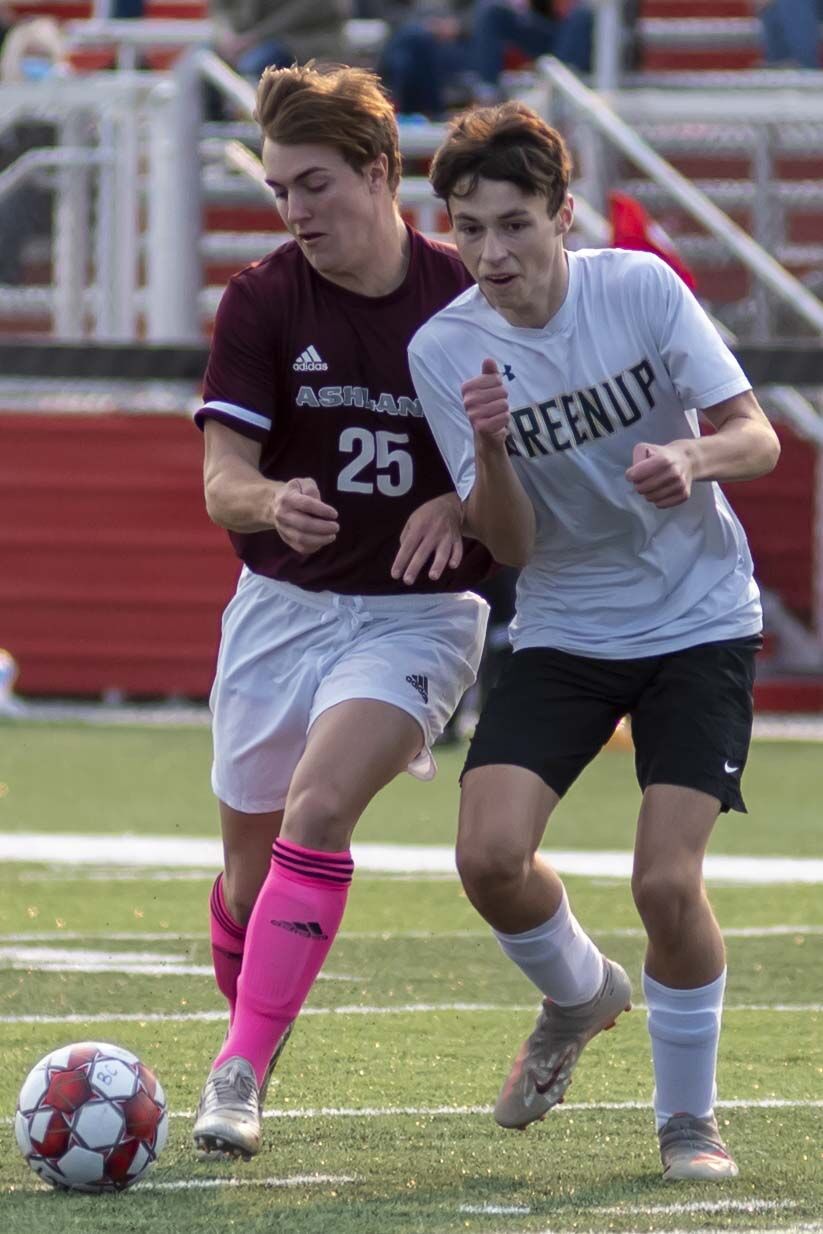 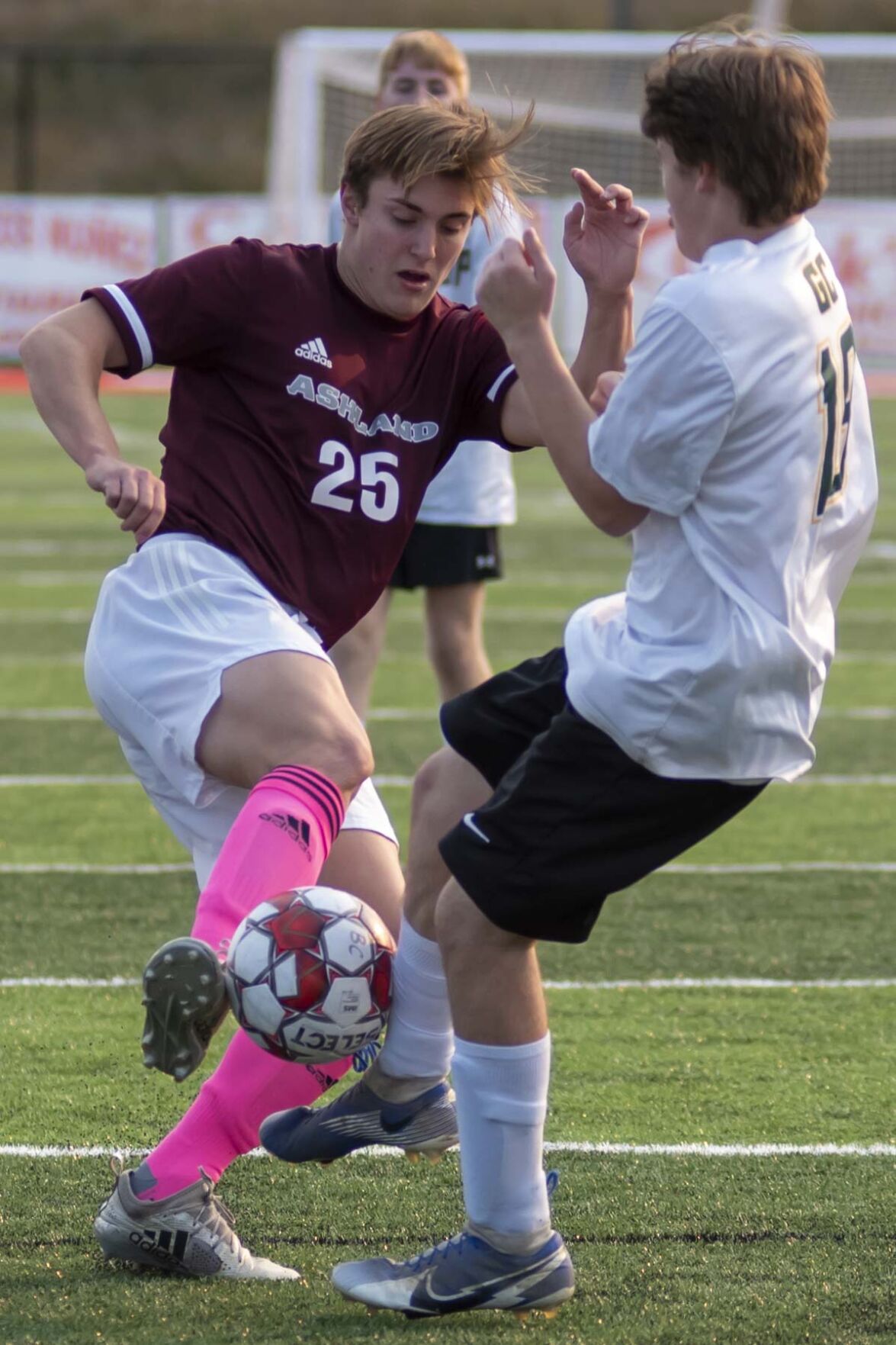 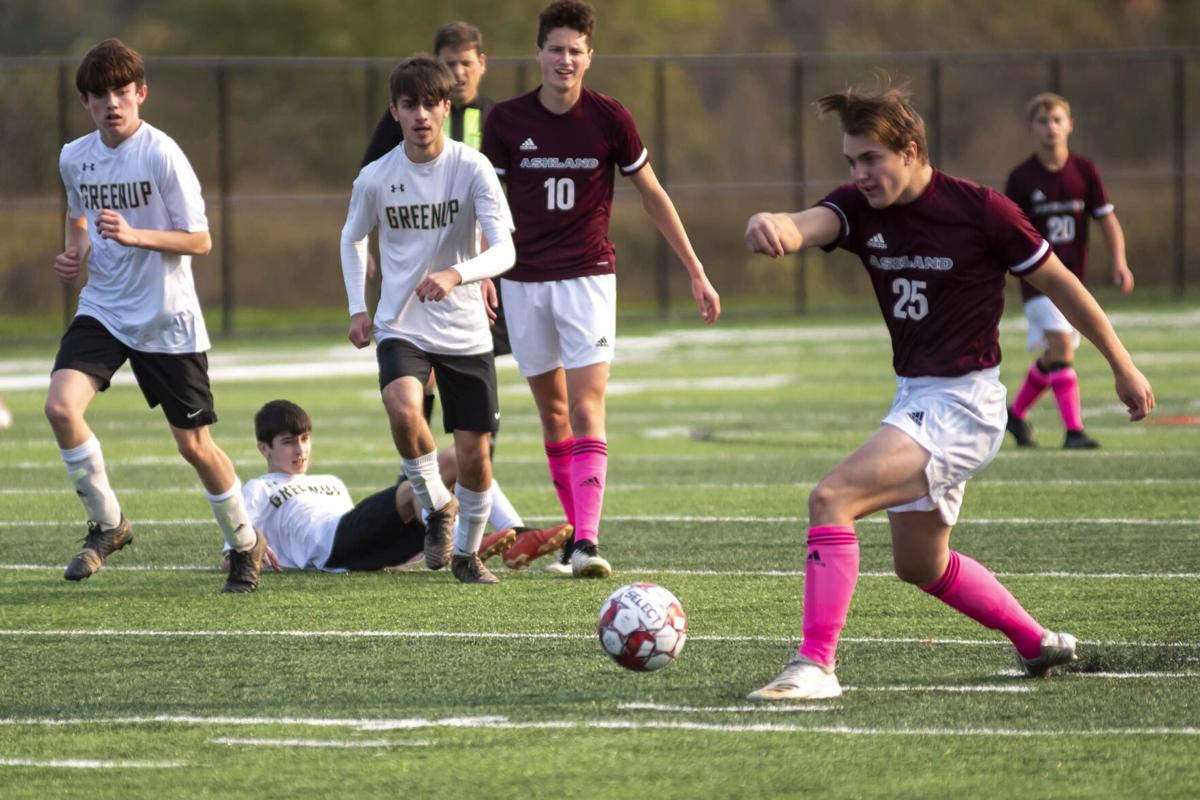 Ashland's Calyx Holmes lines up a shot for Ashland on Saturday. 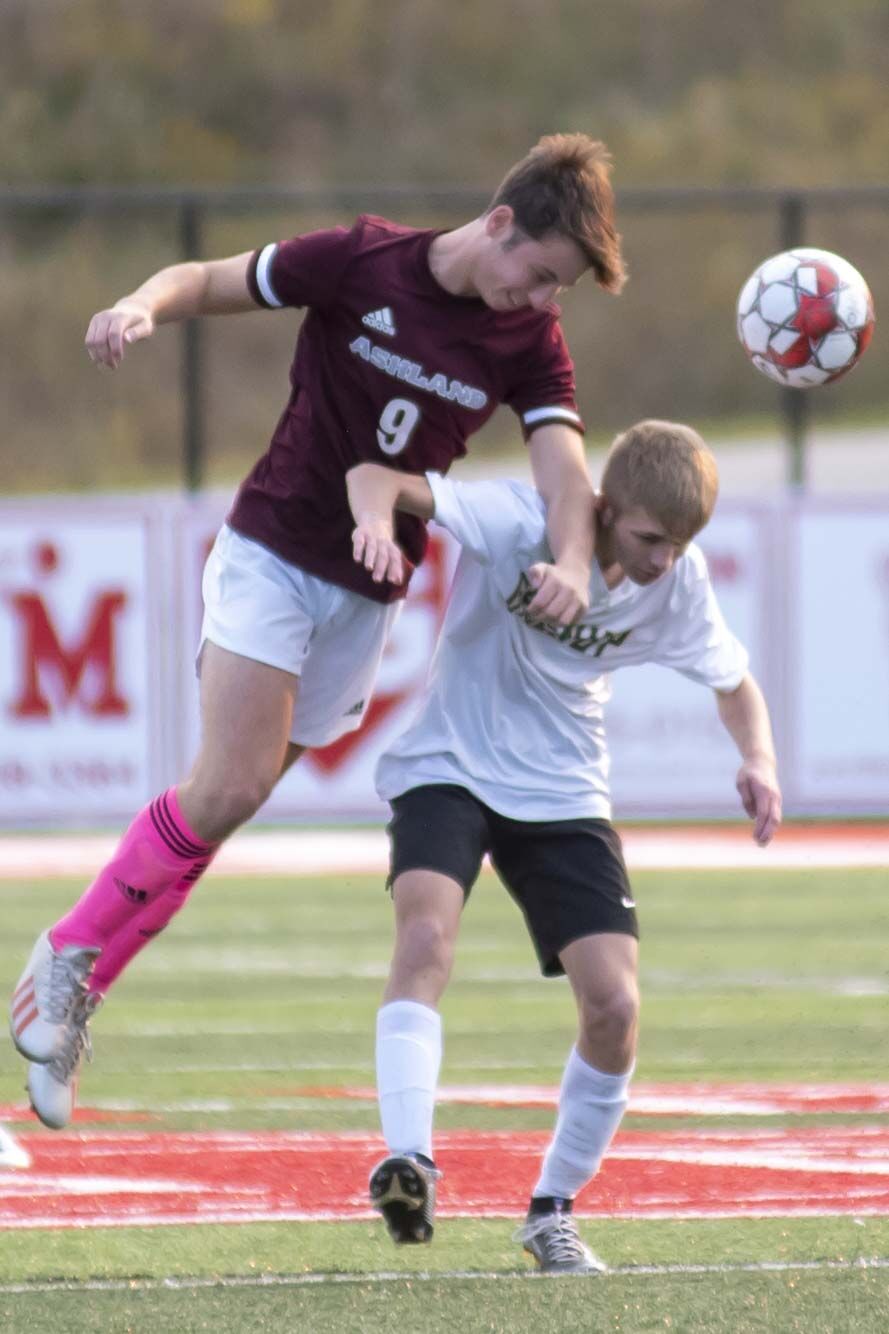 Ashland's Cody Camp gets up for a header over Greenup County's Travis Reed on Saturday. 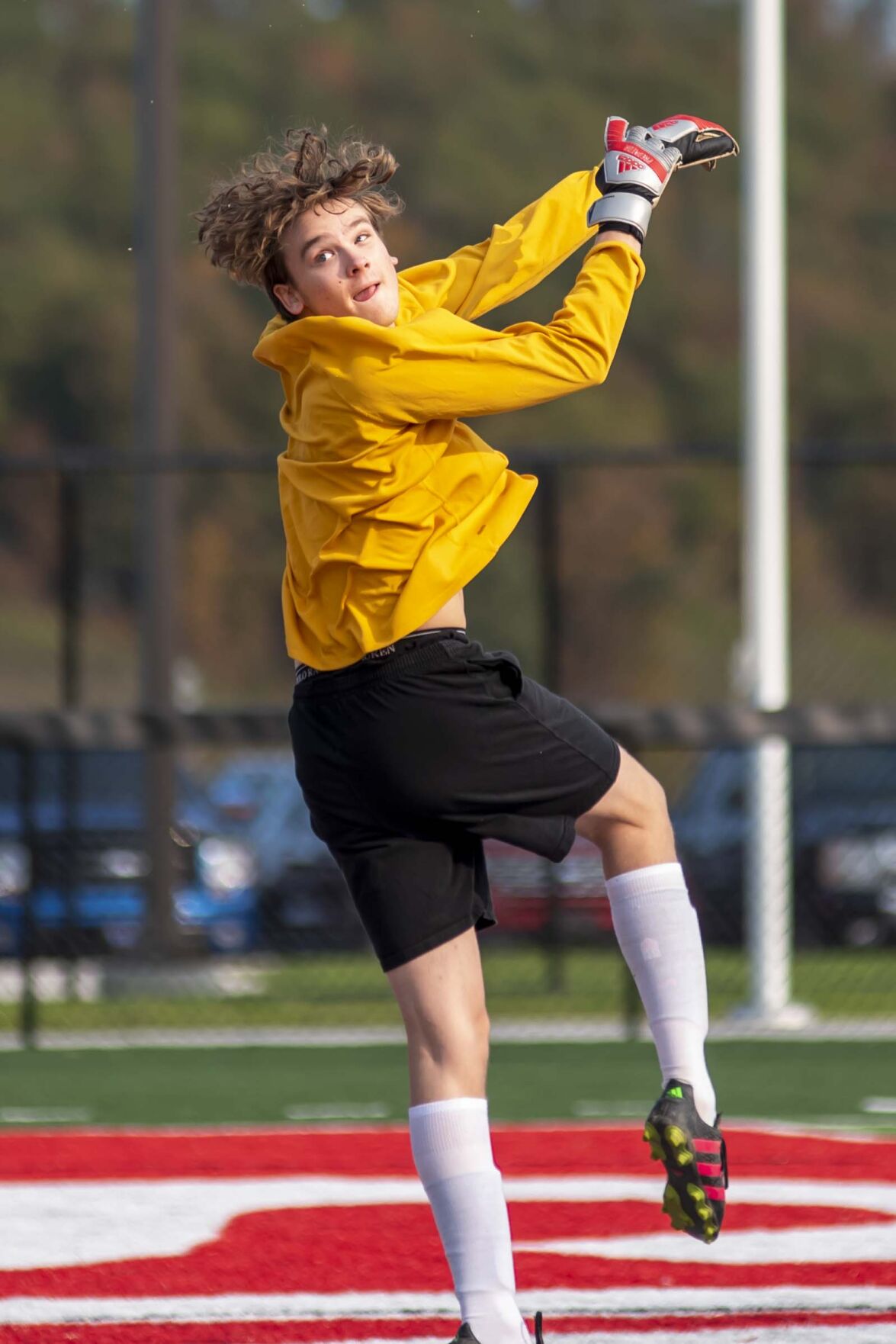 Greenup County keeper Konnor Griffith leaps to make a save on Saturday. 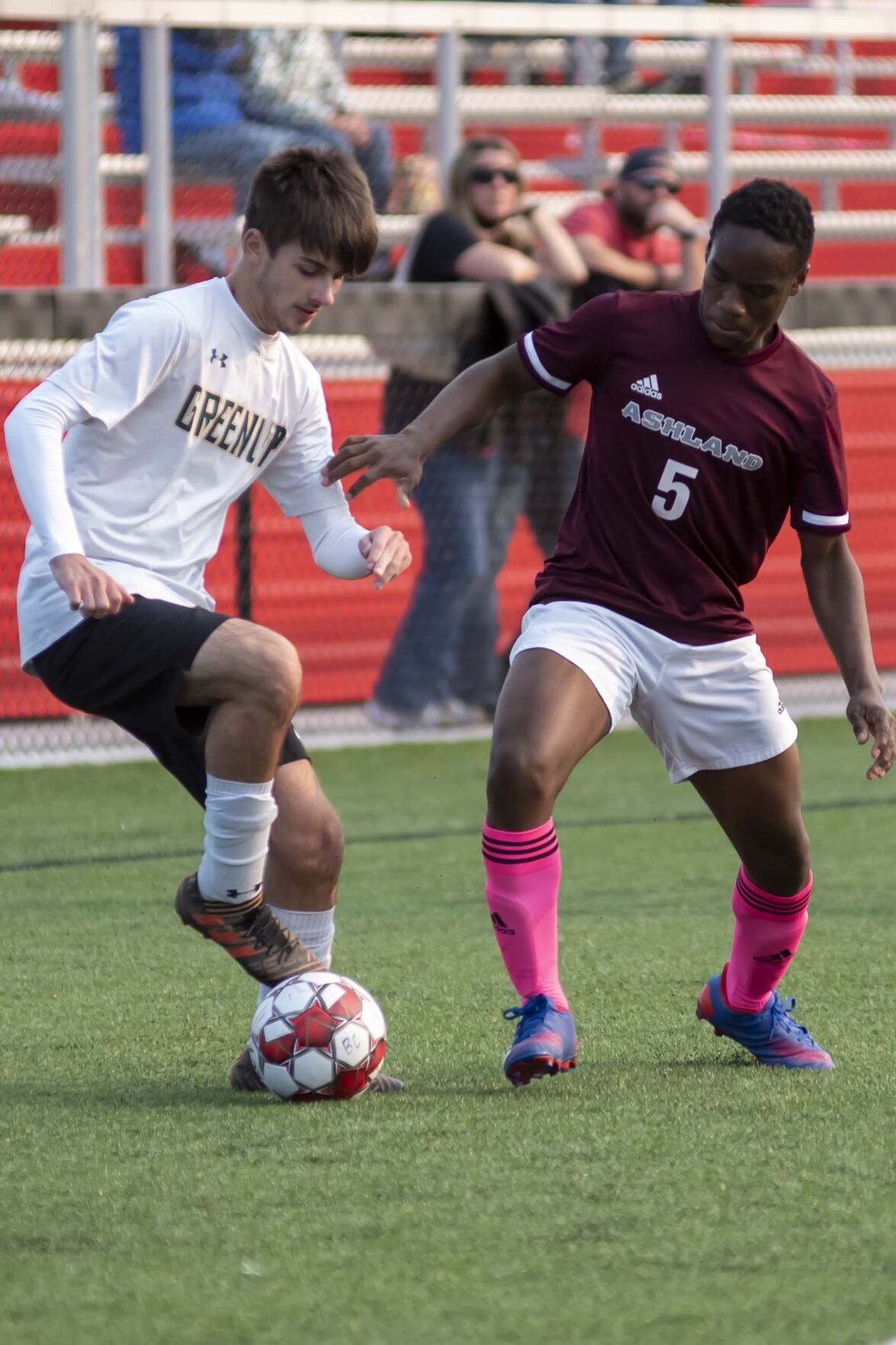 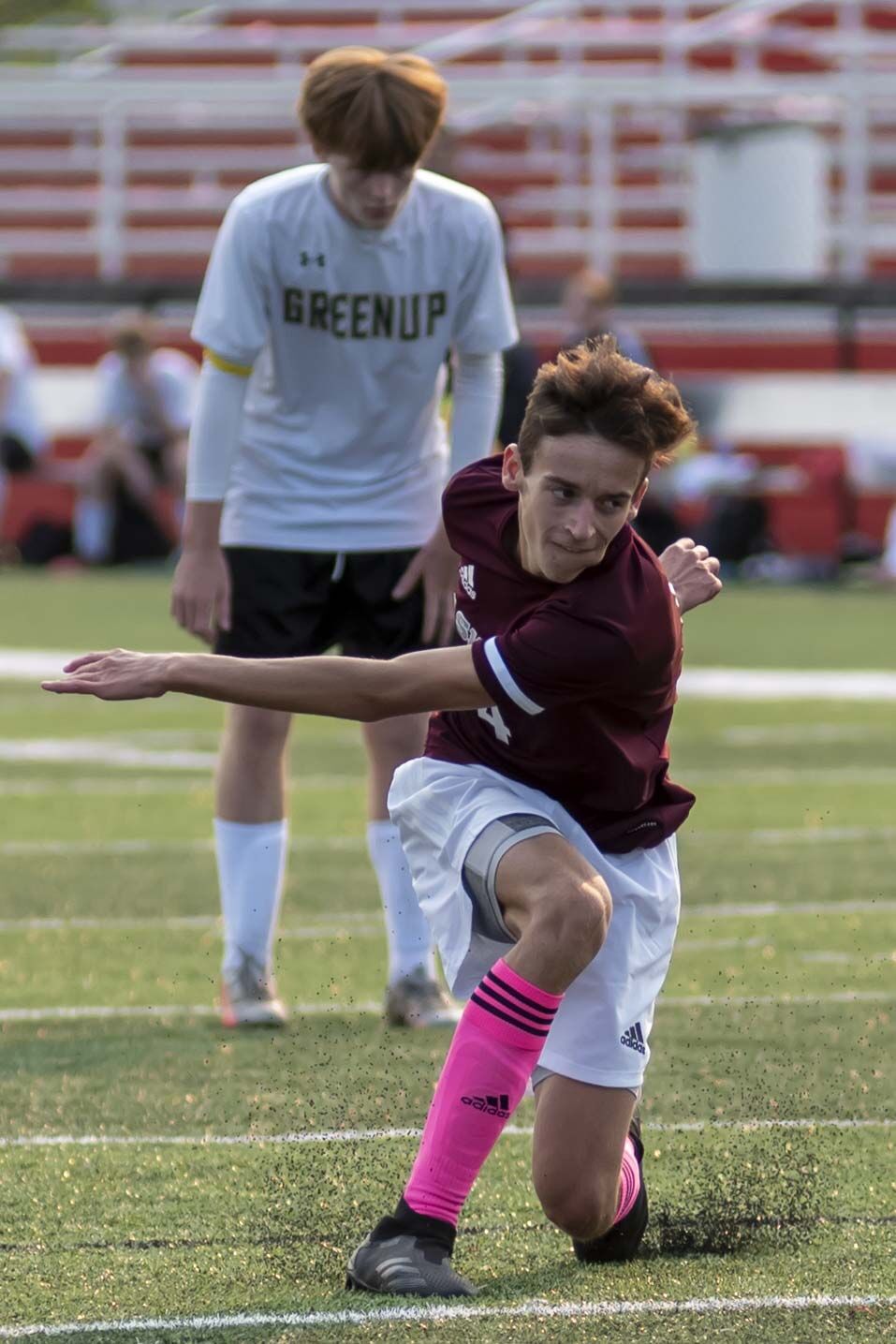 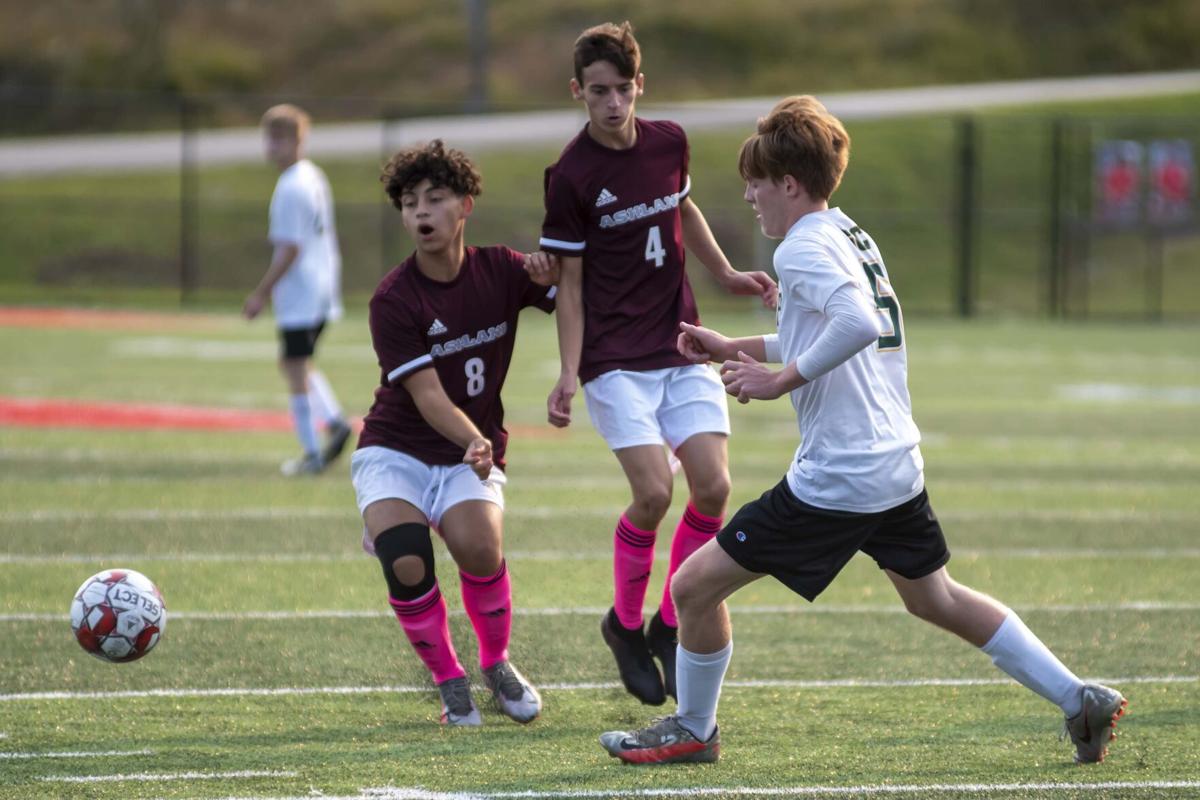 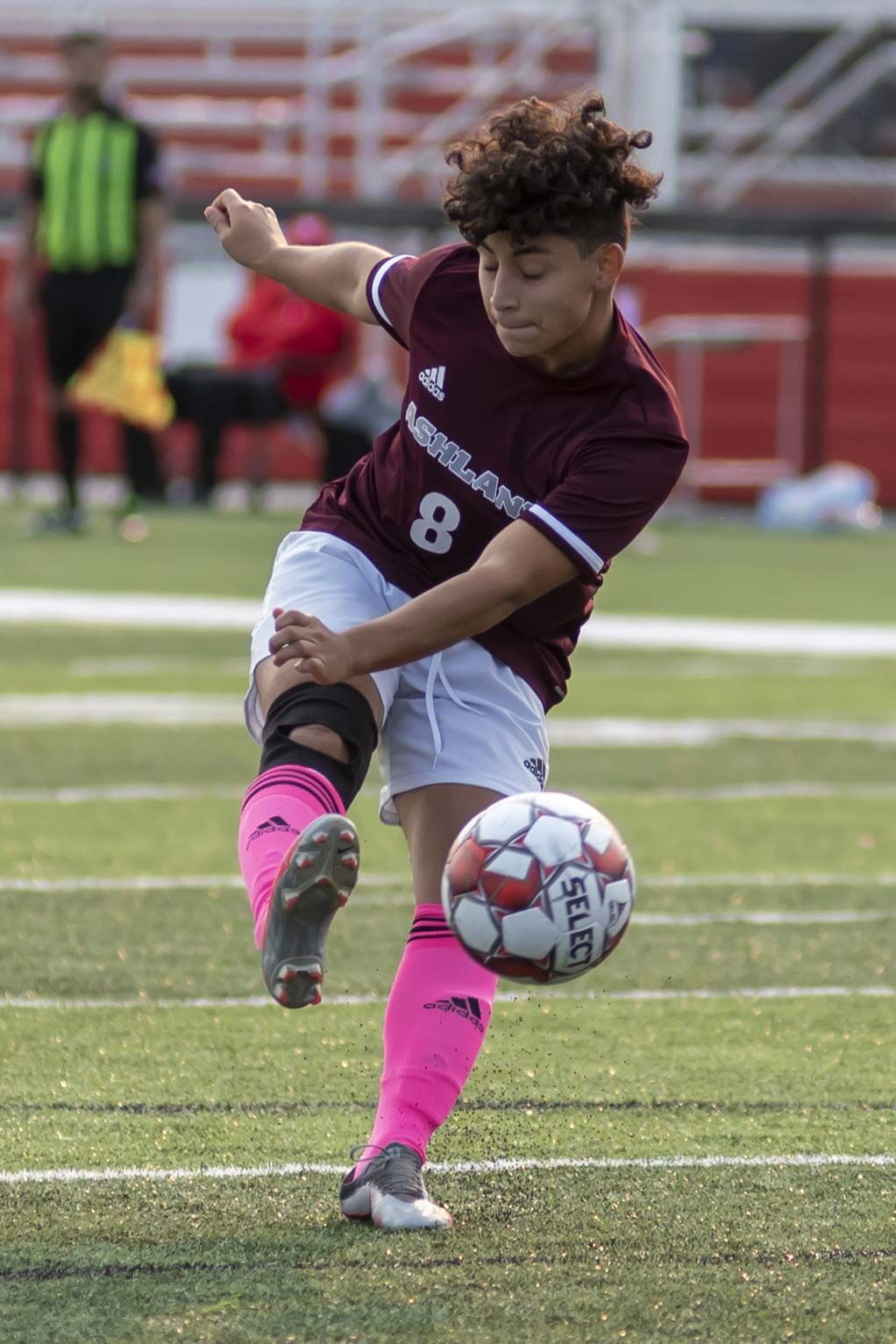 Ashland's Santiago Gutierrez lines up a shot on Saturday.

Ashland's Calyx Holmes lines up a shot for Ashland on Saturday.

Ashland's Cody Camp gets up for a header over Greenup County's Travis Reed on Saturday.

Greenup County keeper Konnor Griffith leaps to make a save on Saturday.

Ashland's Santiago Gutierrez lines up a shot on Saturday.

CANNONSBURG Ashland coach Preston Freeman could not have been happier with the start his Tomcats had against Greenup County in the opening round of the 16th Region boys soccer tournament.

Ashland needed only five minutes to secure its first of six goals as the Tomcats cruised to a 6-0 win over the Musketeers.

“It’s great for this team because this team struggles at times and gives up an early goal, and then you don’t know what’s going to happen from them,” Freeman said. “For us to go put the ball in the back of the net against a team that we should score a bunch of goals on (was good)."

Before the halfway point of the opening half, Ashland had netted four goals, including a pair from Calyx Holmes at the ninth and 17th minute.

“It was good to see a bunch of goals early and not have that in the back of our head of how are we going to score,” Freeman said. “It was a lot more free-flowing after that.”

“Every game I tell him, let’s check that box tonight,” Freeman said of Jimison. “Let’s go out there and try to get a shutout. We haven’t had very many of them, especially since I’ve been coach. This year it’s only our second and we need more of those. The back half of the season our defense has been playing really well and has kept us in games. Offensively now, we have to catch up and attack as well as we are playing defense.”

As for Greenup County, it was a start the Musketeers were all too accustomed to seeing.

“We got ourselves in a place again, where we spotted a good team points,” Greenup County coach Brad Quillen said. “In the first half, I don’t know if we were a deer in the headlights, but we were like zombies. At halftime, we just talked about heart and fire because that’s what this team's had all year and they weren’t showing it in the first half.”

Parker Miller sent Ashland to the half leading 5-0 after a dart from 10 yards in the 30th minute. Miller provided the lone second-half goal with a chip shot over the goalie from the right corner of the 18-yard box in the 54th minute.

Greenup County finishes a roller coaster of a season at 1-4, with the Musketeers' win over West Carter in the district tournament snapping a 42-game losing streak that dated back to 2017.

“My guys have had a very interesting year with COVID,” Quillen said. “We lost games. Our uniforms were quarantined in Honduras. It’s just been one of those years, but we got a win and made it to the region. The future is bright for this team.”

Ashland advances to the region semifinals, where it will face Rowan County on Tuesday night at 6 p.m.