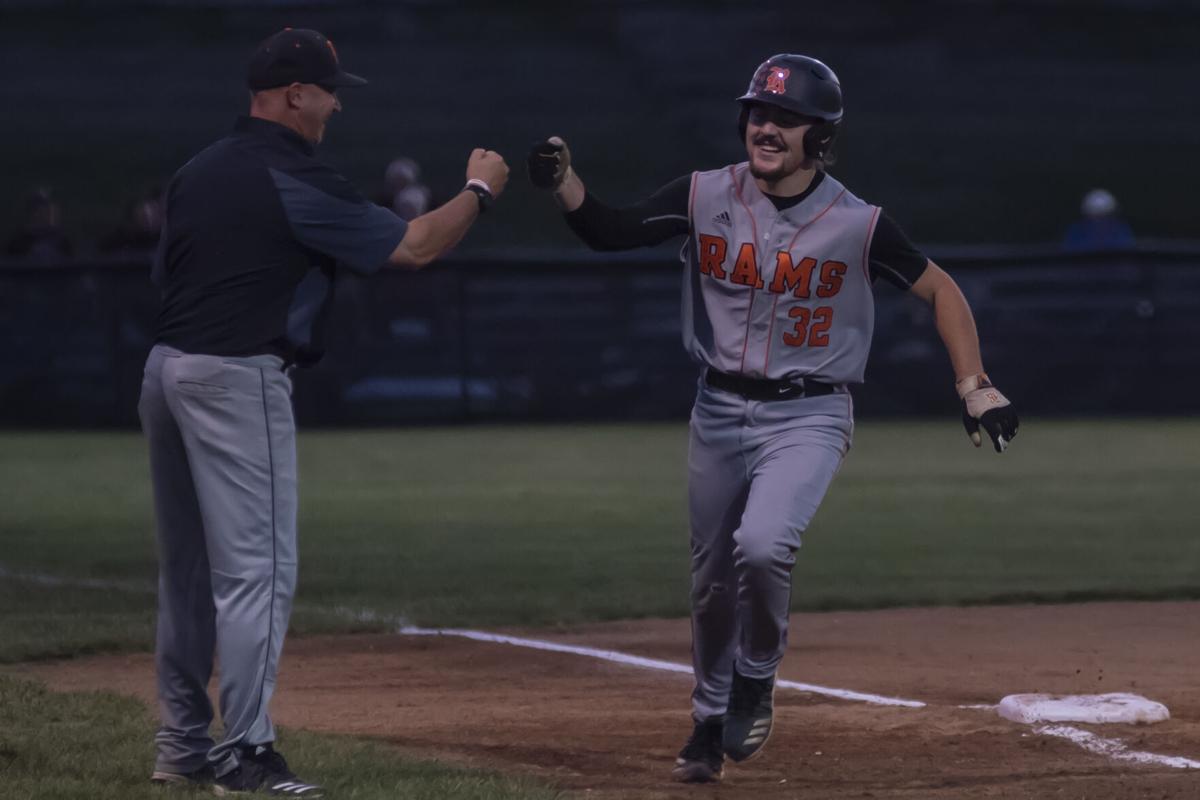 Raceland’s Jake Heighton gets a fist bump from coach Marty Mills after his first-inning homer on Saturday night. 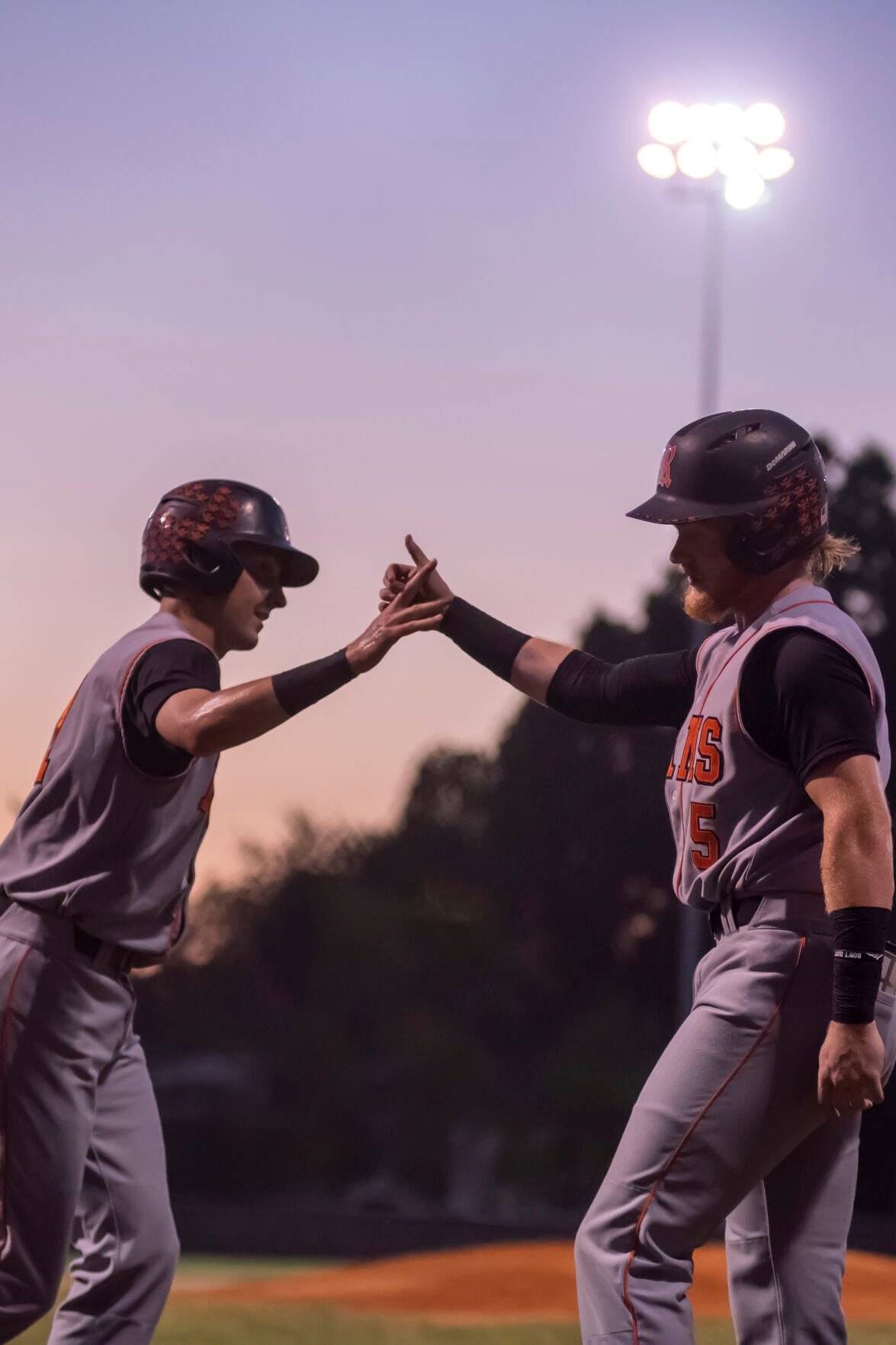 Raceland's Kirk Pence gets a high five from Colton Holman after scoring a run on Saturday night at the 16th Region Tournament. 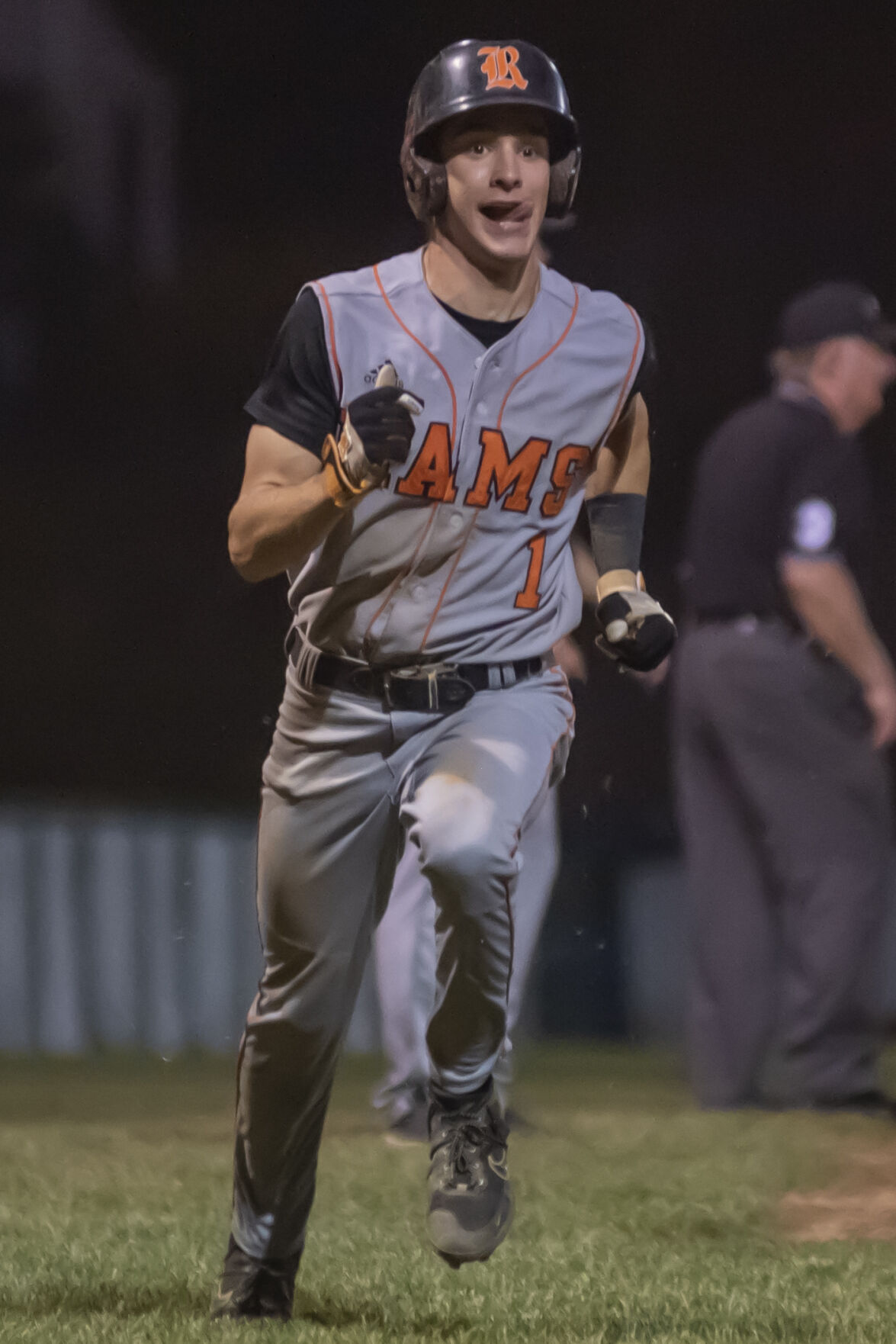 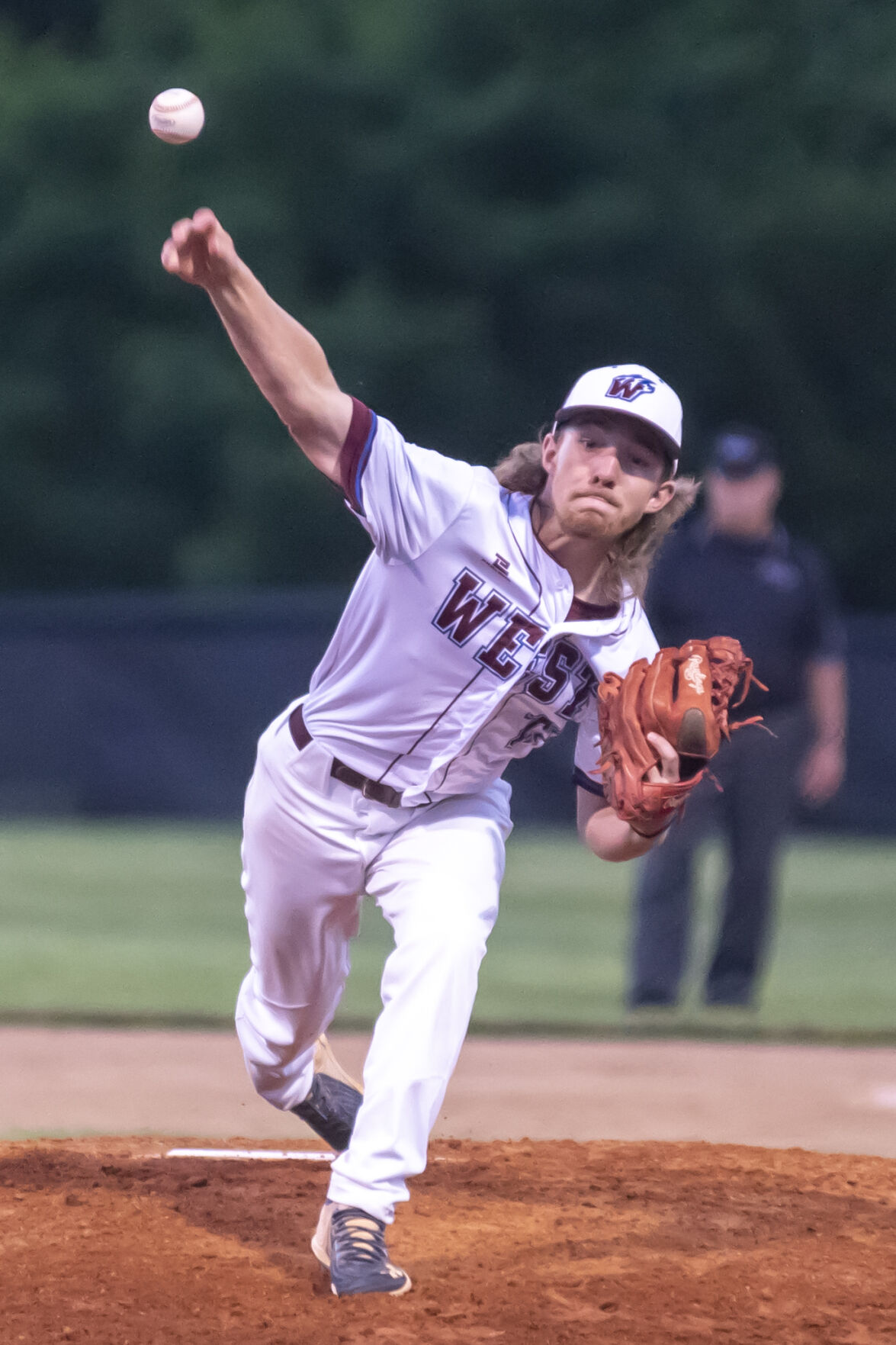 Corey Hedge delivers a pitch against Raceland on Saturday night. 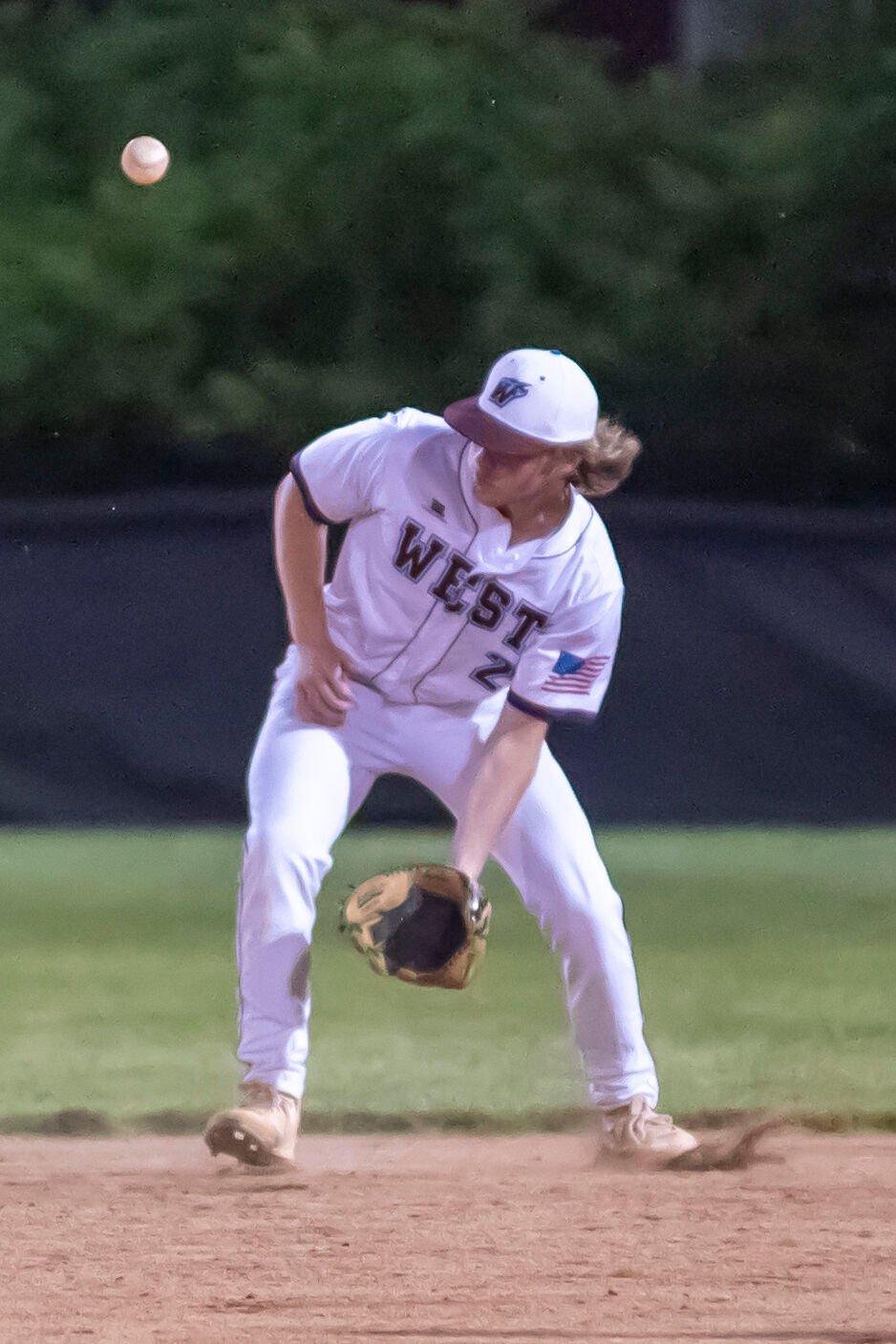 Raceland’s Jake Heighton gets a fist bump from coach Marty Mills after his first-inning homer on Saturday night.

Raceland's Kirk Pence gets a high five from Colton Holman after scoring a run on Saturday night at the 16th Region Tournament.

Corey Hedge delivers a pitch against Raceland on Saturday night.

ASHLAND Raceland skipper Marty Mills could not figure out why Jake Heighton would not step into the batters box after fouling off a pitch in his first at-bat against West Carter in the opening round of the 16th Region Baseball Tournament at Alumni Field Saturday evening.

“I had no idea,” Mills chuckled. “It took me about as long as it did (home plate umpire) Davey (Anderson) to figure it out. I honestly didn’t know.”

The issue was a car had its lights on in left field and Heighton simply was not going to step back in until the lights were turned off. What the power hitter did next was nothing short of remarkable by sending a two-run blast over the center field wall for a 2-0 Rams lead.

It was the first of many Raceland runs on the night as the Rams sent 22 across the dish in a three-inning shorted affair to advance to Monday’s semifinals with a 22-0 blanking of West Carter.

Raceland sent 18 hitters to the plate in the third with 13 crossing the plate.

“Our guys were pretty focused all day,” Mills said. “They had a good day today and hopefully we can repeat that.”

Heighton and Jake Holtzapfel both pounded out two hits in the win with eight different Rams driving in a pair of wins in the offensive onslaught that saw West Carter unable to send its ace, Trevor Callahan, to the bump.

“It was a tough game all the way around,” Comets coach Matt Clark said. “We knew it was going to be tough for Trevor to come back all week. Starting Wednesday, I started checking in with him and his arm was pretty sore. Thursday it didn’t really progress. He’s got a good future ahead of him and we were never going to risk that for one high school game.”

Mills echoed the words of Clark regarding the Morehead State commit.

“It’s unfortunate Callahan couldn’t go, but hats to Matt and hats off to West Carter,” Mills said. “A district championship and three weeks of COVID, hats off to them guys.”

Callahan recorded the only West Carter hit, a single of starter Heighton with one out in the first.

Chase Thornsberry provided a 2RBI double for the Rams in a four-run first.